Miss out on the 2019 edition of Red Bull Rampage? We've got the full replay below, followed by a recap of the event. Get the rundown after the break.

Great things come to those who wait, and that was evident at Red Bull Rampage 2019, where a windy morning gave way to immaculate contest conditions, giving the world’s best freeride athletes a perfect playground to display their abilities. In the end, the Canadians rose to the occasion to sweep the podium, with Brandon Semenuk taking first place, Brett Rheeder claiming second, and Tom Van Steenbergen placing third on a sunny day in the Utah desert. Semenuk started his run with a massive 360 and highlighted it with an incredible backflip into a lily pad double drop. For his efforts, the 28-year-old British Columbia native was awarded his third career win and fourth career podium at Red Bull Rampage, tying Kurt Sorge for the all-time record in each of those respective categories. 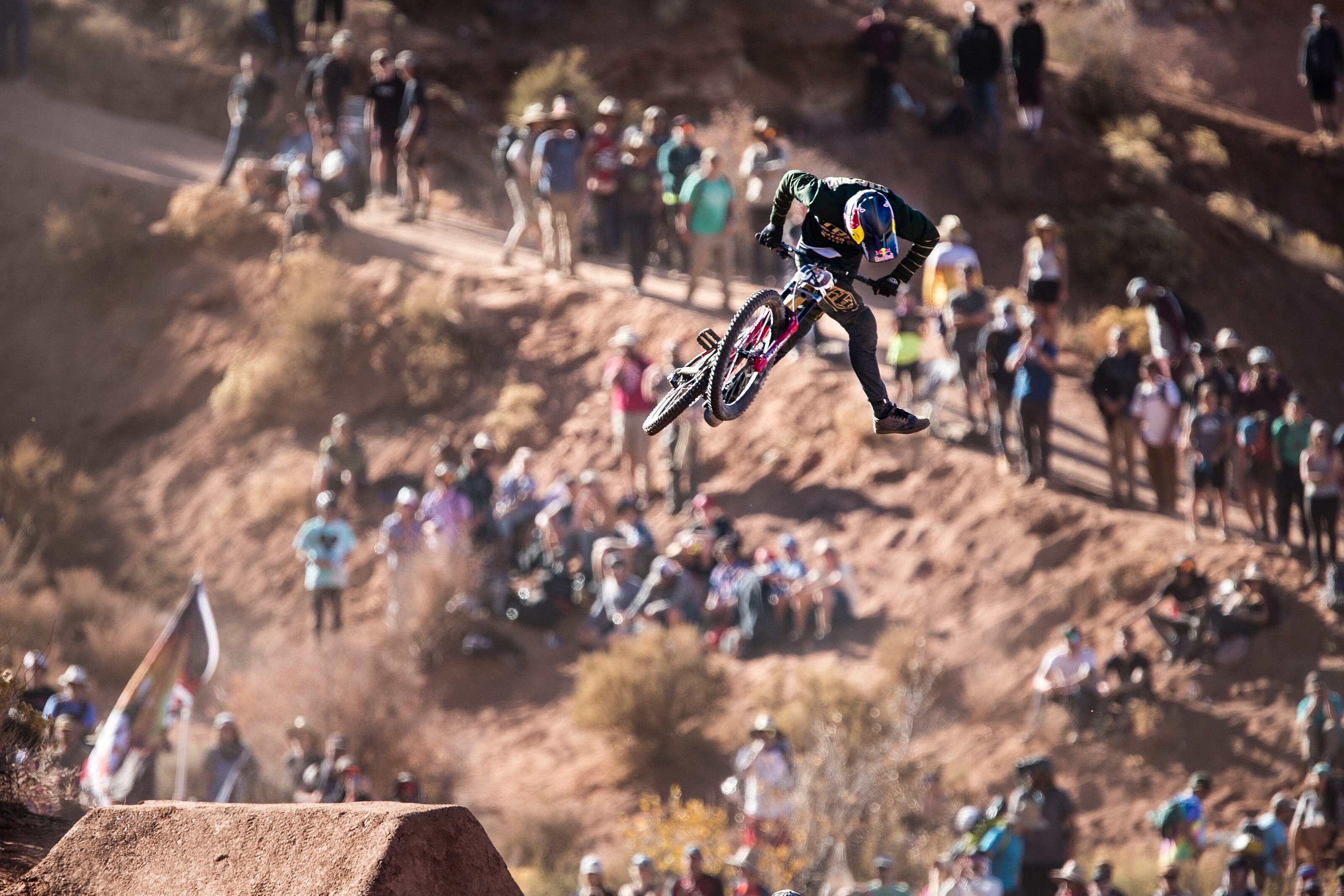 20 of the world’s top freeriders participated in the 14th edition of the world’s premier freeride mountain biking competition, as thousands of fans watched in person and around the world live on Red Bull TV. Once again this year, viewers were aided by an improved augmented and virtual reality experience available on the Red Bull TV app, which allowed fans to scale and explore a photorealistic, 3D model of the mountain course while watching the thrilling competition. 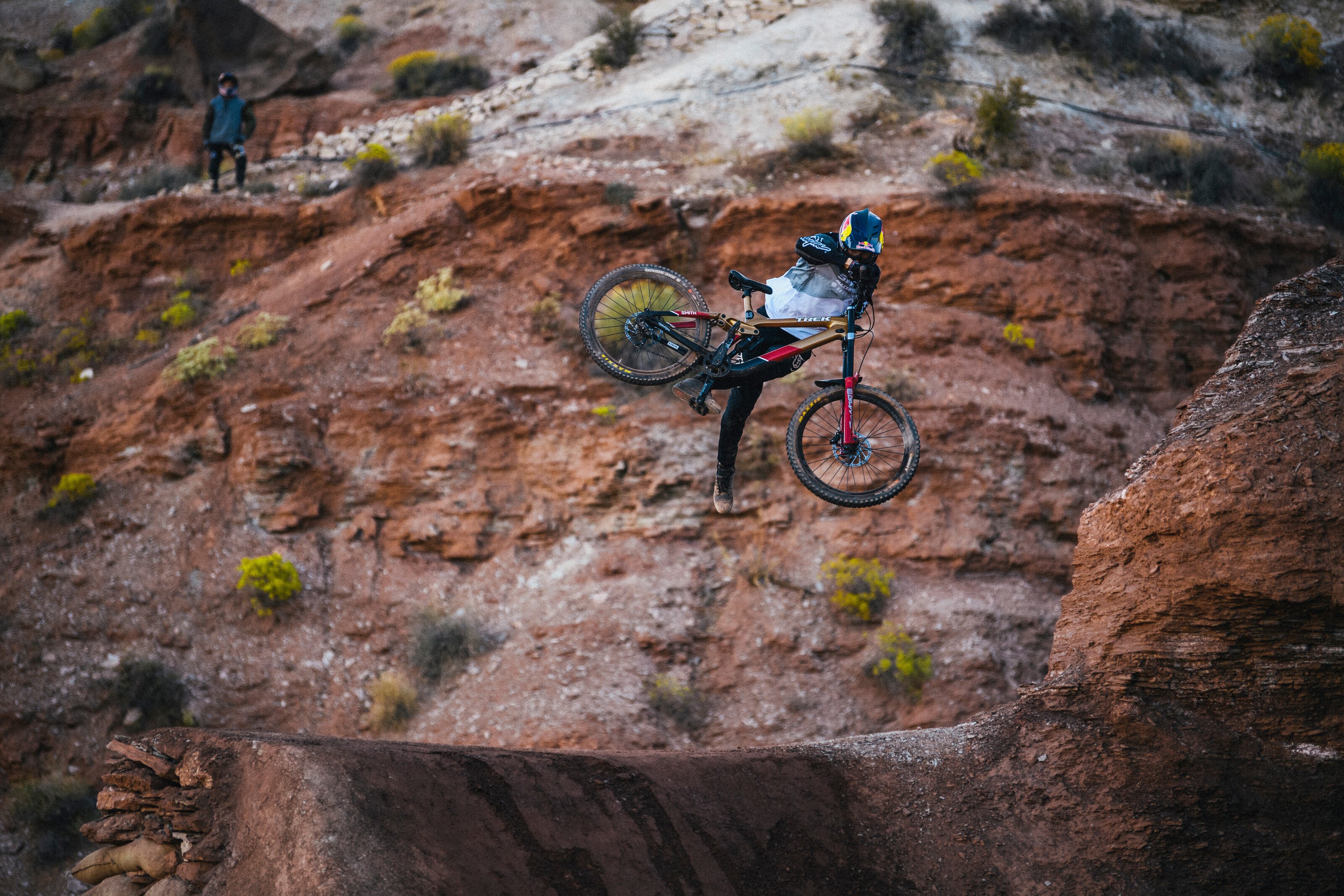 This year’s edition set a new standard of precision in the course’s build. By building out the 2019 event zone in the same area as 2018, dig teams were able to add additional intricacy into how they interweaved different lines with one another. And, by building features on top of existing lines, dig teams were able to create a bigger course than ever before, sculpting perfect takeoffs and landings for riders to fully showcase their riding abilities.

Semenuk was the eighth rider on the course and approached the starting gate with one thing on his mind–redemption. After failing to finish his line at Red Bull Rampage 2018, Semenuk chose to ride the same line this year, threw down a monster first run–greasing a cork 360 on a rebuilt feature that he wasn’t able to land last year–and scoring a sterling 92.33 as a result. In his eighth Red Bull Rampage appearance, the phenom from Squamish was left watching as the rest of the field fought to catch up to him for the remainder of the event. Ultimately, that never happened, allowing Semenuk the luxury of indulging in a victory lap to the delight of the roaring crowd. 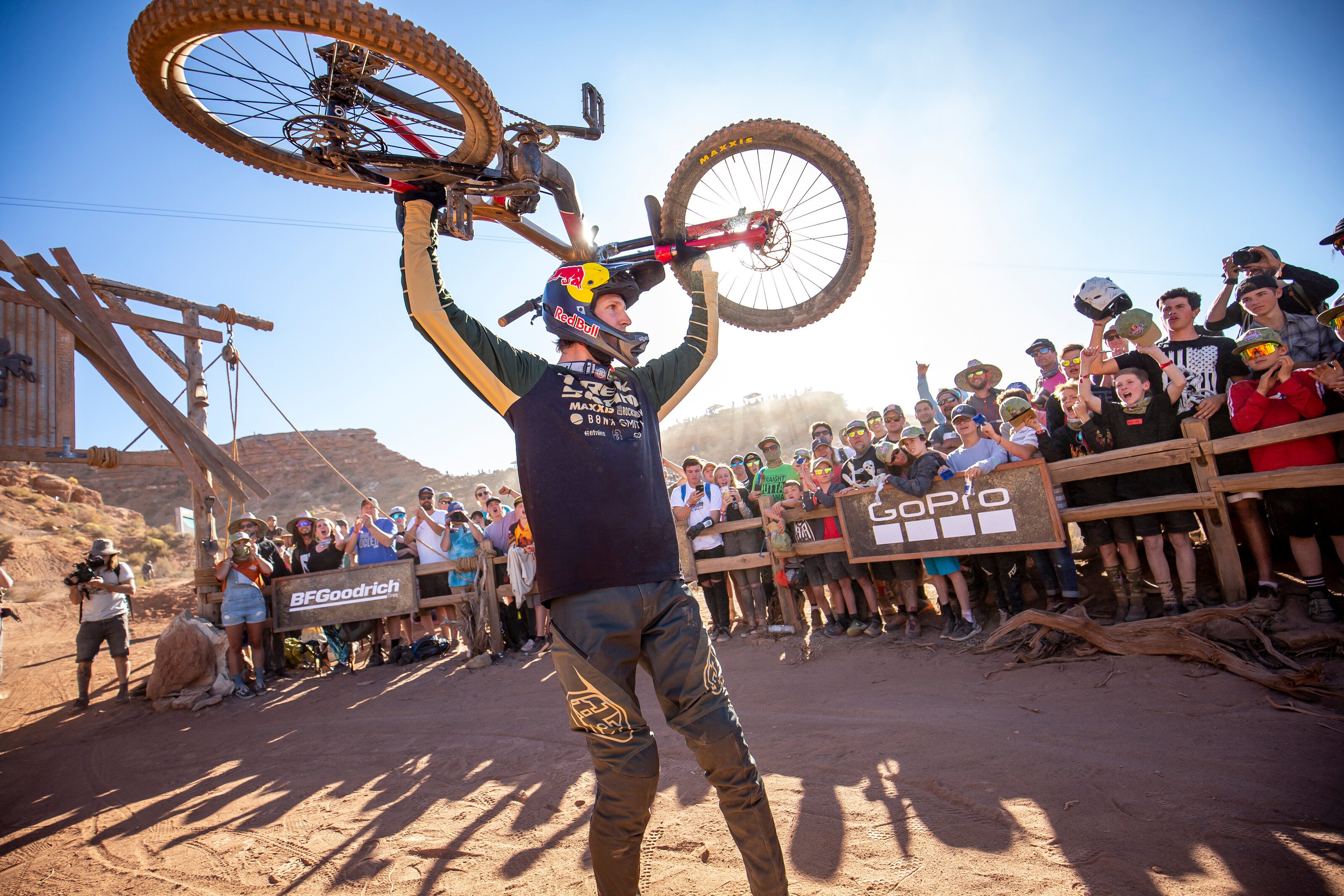 “Making it to the bottom of the hill, period,” said Semenuk when asked what he enjoyed most about winning this year’s Red Bull Rampage. “That makes a big difference.”

And despite already having two wins under his belt, the gravity of his record-tying third victory wasn’t lost on the Canadian freeride virtuoso.

“It’s hard to say,” Semenuk said when asked how this win compared to his prior wins. “Obviously, the last two wins were great too, but to take the third one, I’m speechless. I don’t know. It’s awesome.” 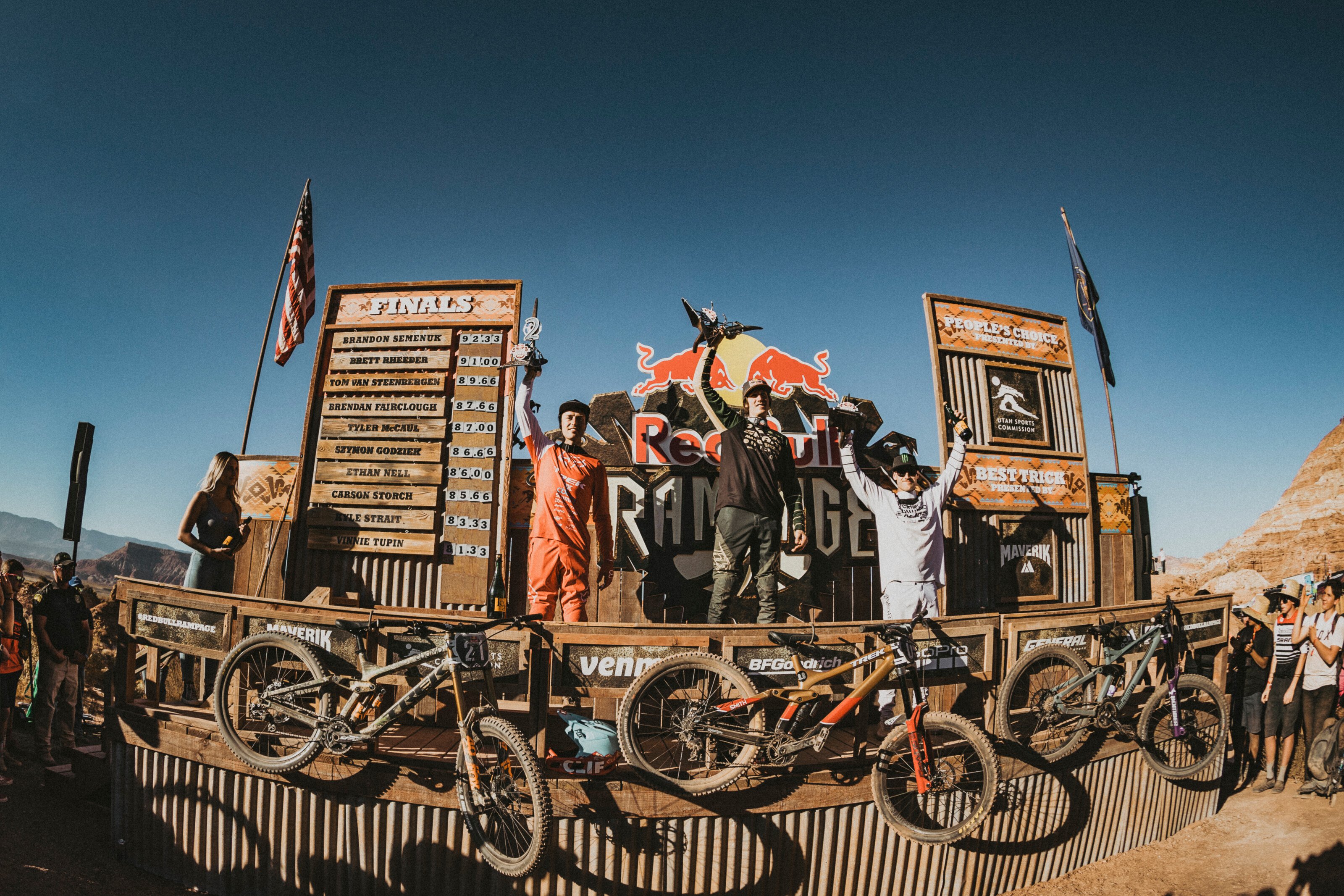