Norbs was robbed at Rampage 2012 so they put him on the poster and invited him back for another round.

In contrast to the arguably too-rigid invite list for Red Bull Joyride at Crankworx, more riders will have a chance to ride at Red Bull Rampage. Invites to qualify are subjectively based on previous results, but more importantly for those who don’t ride a lot of contests, rider ability. DH racers like Stevie Smith, Gee Atherton, Mick Hannah, and Brendan Fairclough have been invited as well as freeriders such as Curtis Robinson, Graham Agassiz, and Nicola Pescetto.

The athlete selection process for the finals gives an automatic bye to the winners of the last three Red Bull Rampage events, 2008 champion Brandon Semenuk and 2010’s hero Cameron Zink (*2012 winner Kurt Sorge is out due to injury). Also automatically invited into the finals on October 13th are the top 12 finalists from 2012. The 27 participants for the qualifiers, taking place on Friday, October 11th are selected based off FMB Tour ranking, performance at key events such as Crankworx and the Bearclaw Invitational and proven big mountain riding ability. Twelve will move on to the finals. 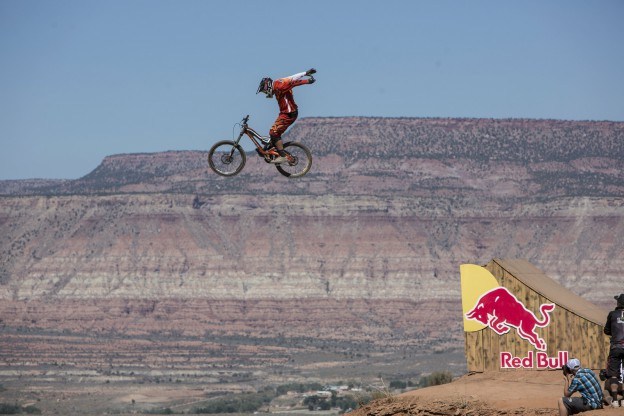 Kyle Strait will be back for more big senders at Rampage 2013. 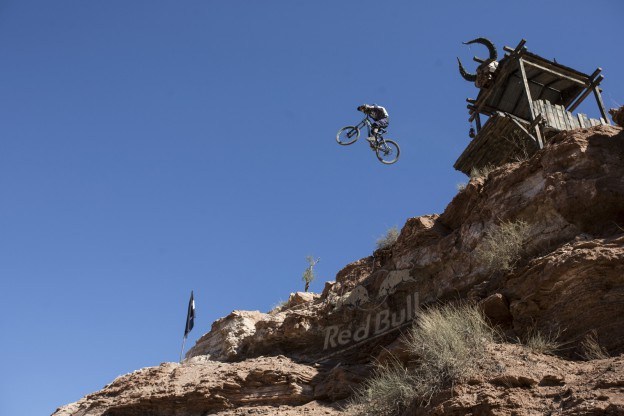 Tickets to the event are available for $20 HERE and are expected to sell out. Tickets are good for the qualifiers on October 11th, and the finals on October 13th. Please be aware that there is a 5-mile hike/ride to contest site and no food/drink is available for purchase on-site. By purchasing a ticket you acknowledge and agree that you may appear in event coverage, which includes moving, and still images, webcasts & TV shows. Please carefully read the spectator advisory before purchase.

The finals will be shown in an enhanced webcast live on Sunday, October 13th at redbull.com/rampage.

What do you think of the qualifying structure and invite list? Who are you hoping to see make the finals?

I find it hilarious that Berrecloth has to qualify. Even Gee, Hopkins, Fairclough and Aggy?

My thoughts exactly. Funny that Darren B. along with other imho illustrous names has to literally give evidence that he is allowed to ride and compete where he more than once showed what he is capable of. Has probably something to do with the FMB rules and whatnot.

ticket in hand, I've always wanted to chekc this out

Will Norbs get robbed again? 😉