The many worlds of mountain biking will collide in the largest and most anticipated freeride competition of the year. Fusing elements of slopestyle, dirt jump and classic downhill biking, Red Bull Joyride will anchor the final weekend of the Crankworx Whistler festival with one gravity-fed, season-defining freeride competition on August 16 in Whistler, BC. Twenty of the world’s best riders, including Whistler-native and defending champion Brandon Semenuk, will be officially invited to battle it out for a chunk of the $50,000 prize purse.

A relatively young discipline in the world of mountain biking, year over year athletes continue to push the limits of what is possible on two wheels in freeride competition. Designed “by riders for riders”, the 2014 Red Bull Joyride course will include some of the largest features ever seen in the 11 year history of slopestyle events at Crankworx as athletes look to push the sport and themselves, literally, to new heights with groundbreaking new tricks.

Professional slope-style rider Darren Berrecloth helped oversee the design of the course. “The gathering of the minds has once again produced a wicked course. With everything growing in size, expect to see an amazing show from the boys at this years Red Bull Joyride”, said Darren. 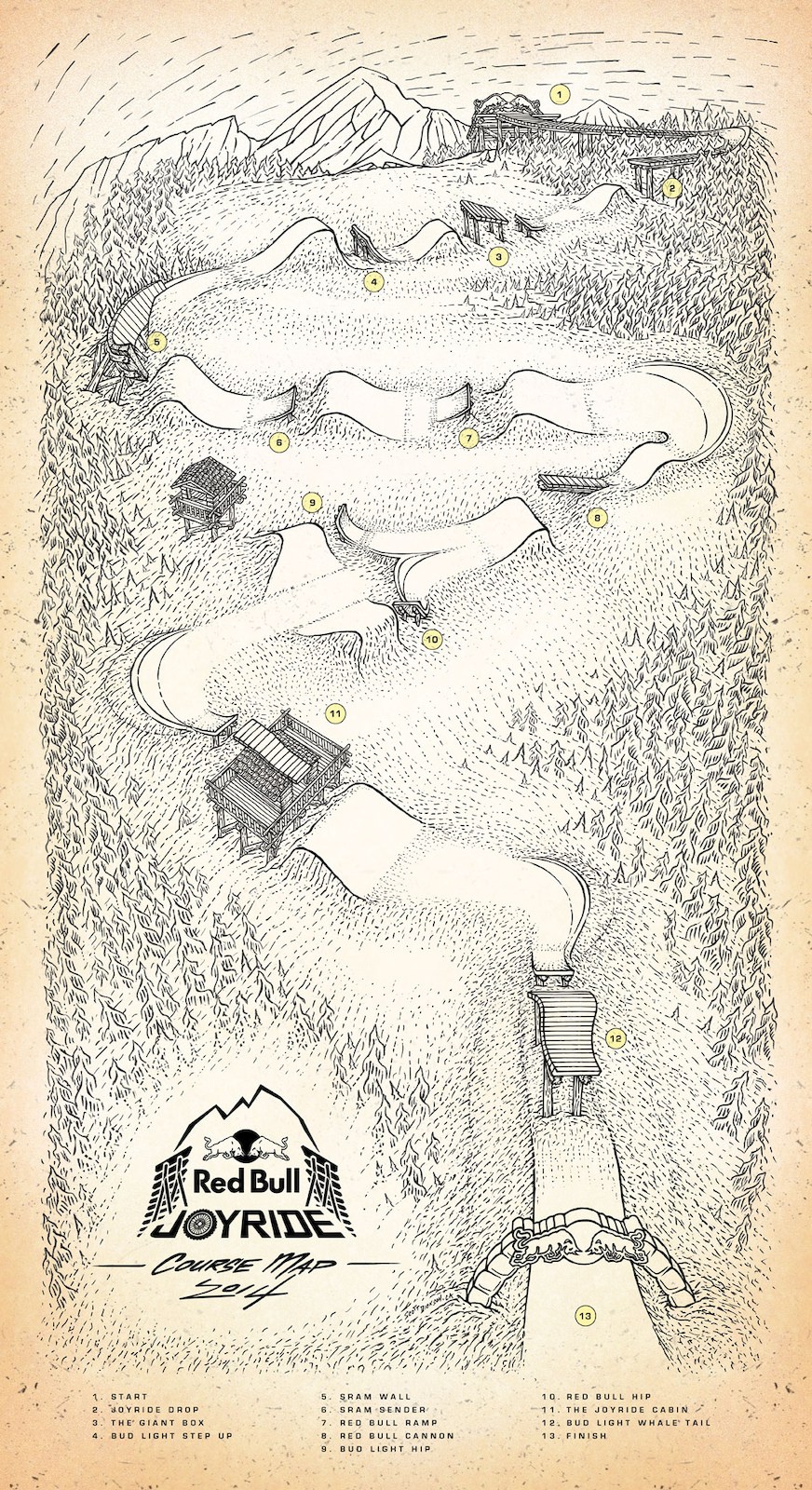 Each year feedback is collected from athletes about the course to improve it in following years. The result is a design directly influenced by the riders themselves. In 2012, riders felt the track was too fast which ushered in a course redesign in 2013 that moved more laterally across the hill to improve flow and reduce speed.

The sentiment this year was a need to go even bigger than ever. Focusing on flow and amplitude, the supersized features are some of the biggest in the history of the event yet. Defying gravity for a few more seconds, athletes will make good use of the extra time as they push the limits of what is possible on two wheels with never before seen tricks.

Riders agree that while bigger, the new design is safer with more opportunity to check speed as they prepare for jumps. The 2014 Red Bull Joyride is sure to set a new standard for freeride mountain biking once again.

Months of planning, design, preparation and testing go into bringing the Red Bull Joyride course to life. In May, a collective of top riders including Darren Berrecloth, Brandon Semenuk, Brett Rheeder, Cam McCaul and veteran builder Paddy Kaye met in Whistler to walk through their plans, make some final tweaks and get ready to test ride the course. Check out the video below for a first glimpse of the track and some of the thinking going into this year’s design. Stay tuned this July as athletes make the first ride from top to bottom.

MAKING THE GRADE
Crankworx and Red Bull Joyride feature the crème de la crème of professional slopestyle mountain biking, and making the final cut to compete is no walk in the park. Here is a quick look at the various criteria required to make the final cut. 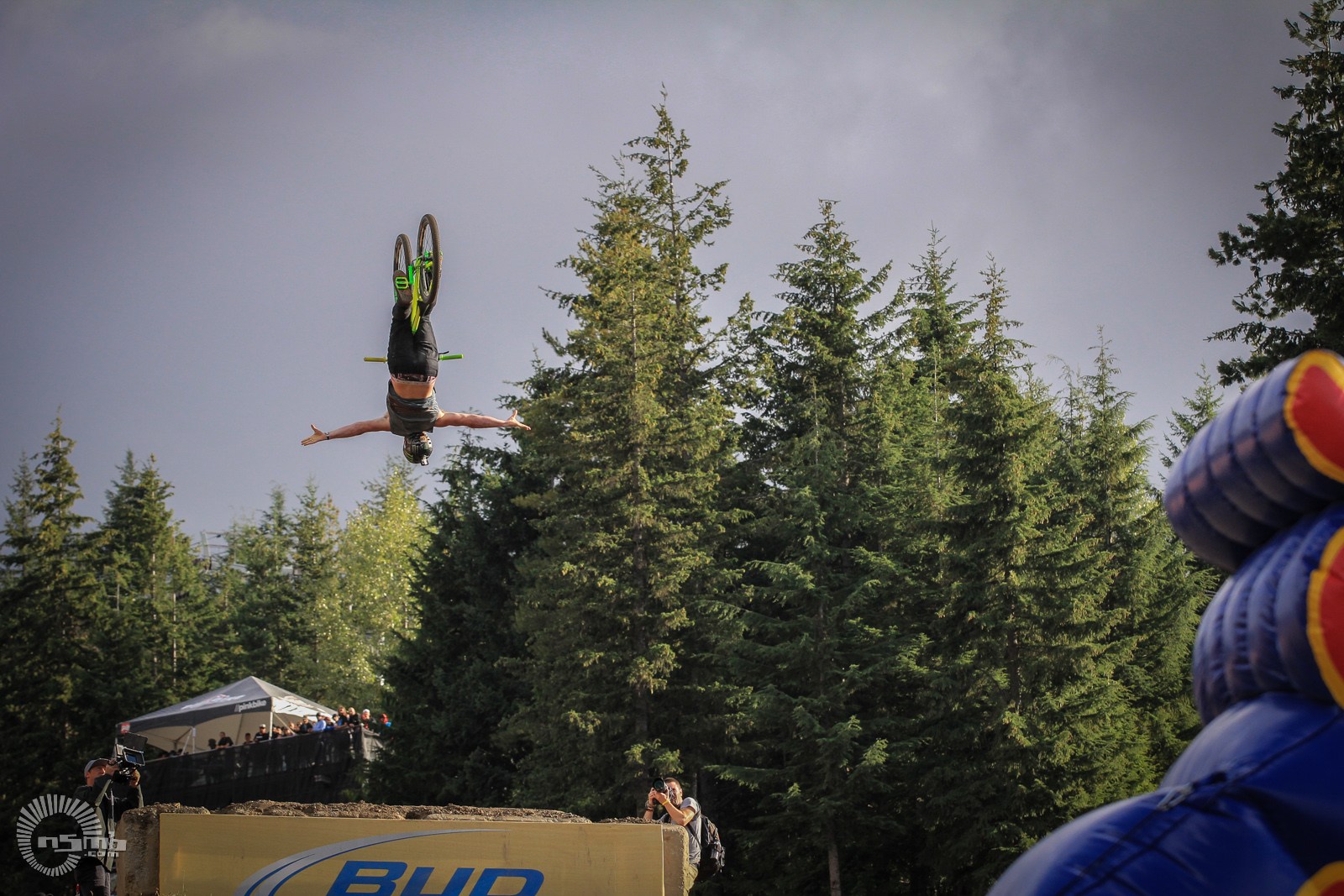 2014 TOP CONTENDERS
Nine of the world’s best riders, including three Canadians and Whistler’s own defending champion Brandon Semenuk have officially secured spots at the 2014 Red Bull Joyride, listed below. The remaining 9 athletes will be confirmed during the 3 weeks prior to the event based on FMB point standings. 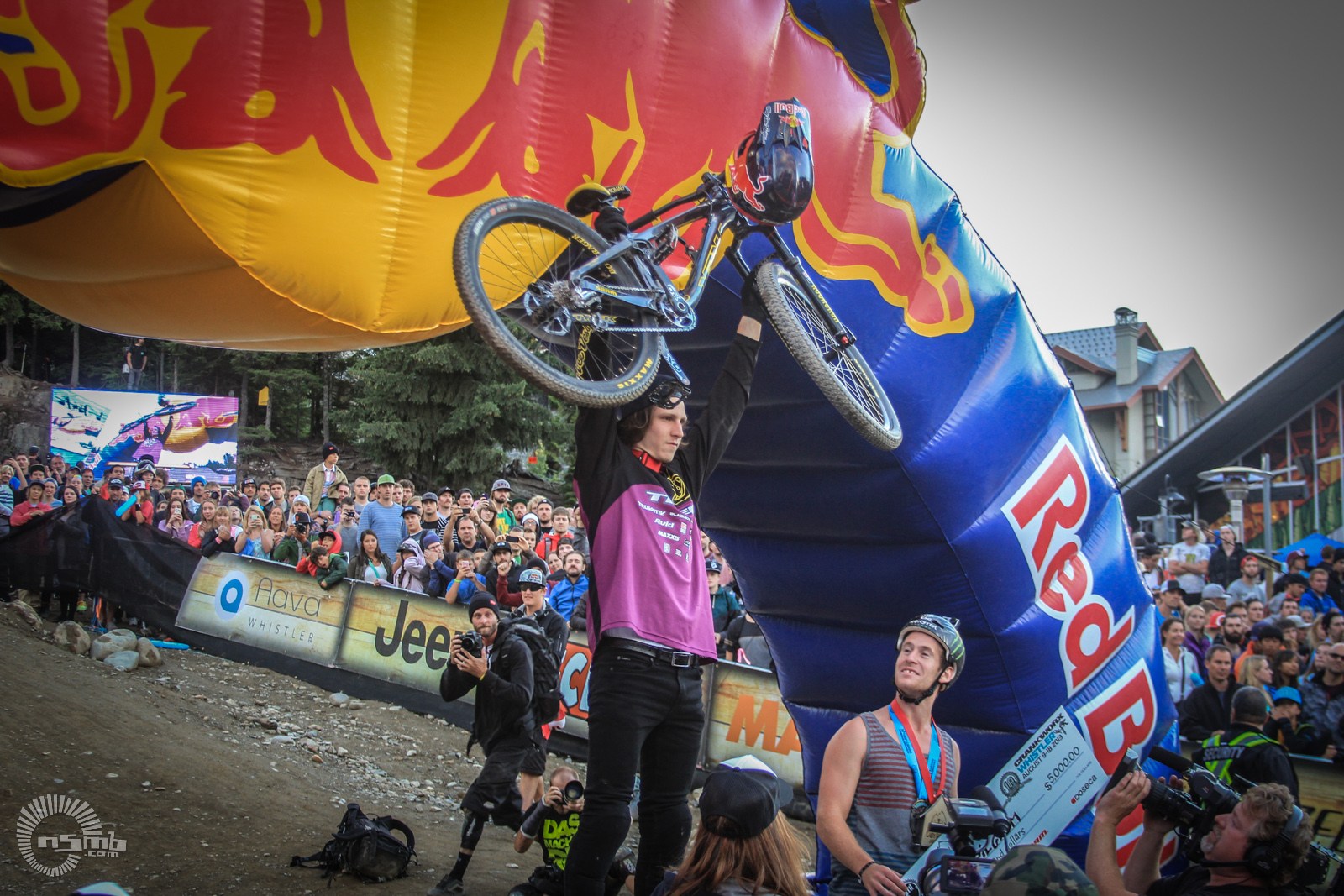 Semenuk took top spot in 2013, and it looks like there’ll be another fierce battle for the podium this year.

Ladies and Gentlemen, the countdown is ON. Who’s pumped already?