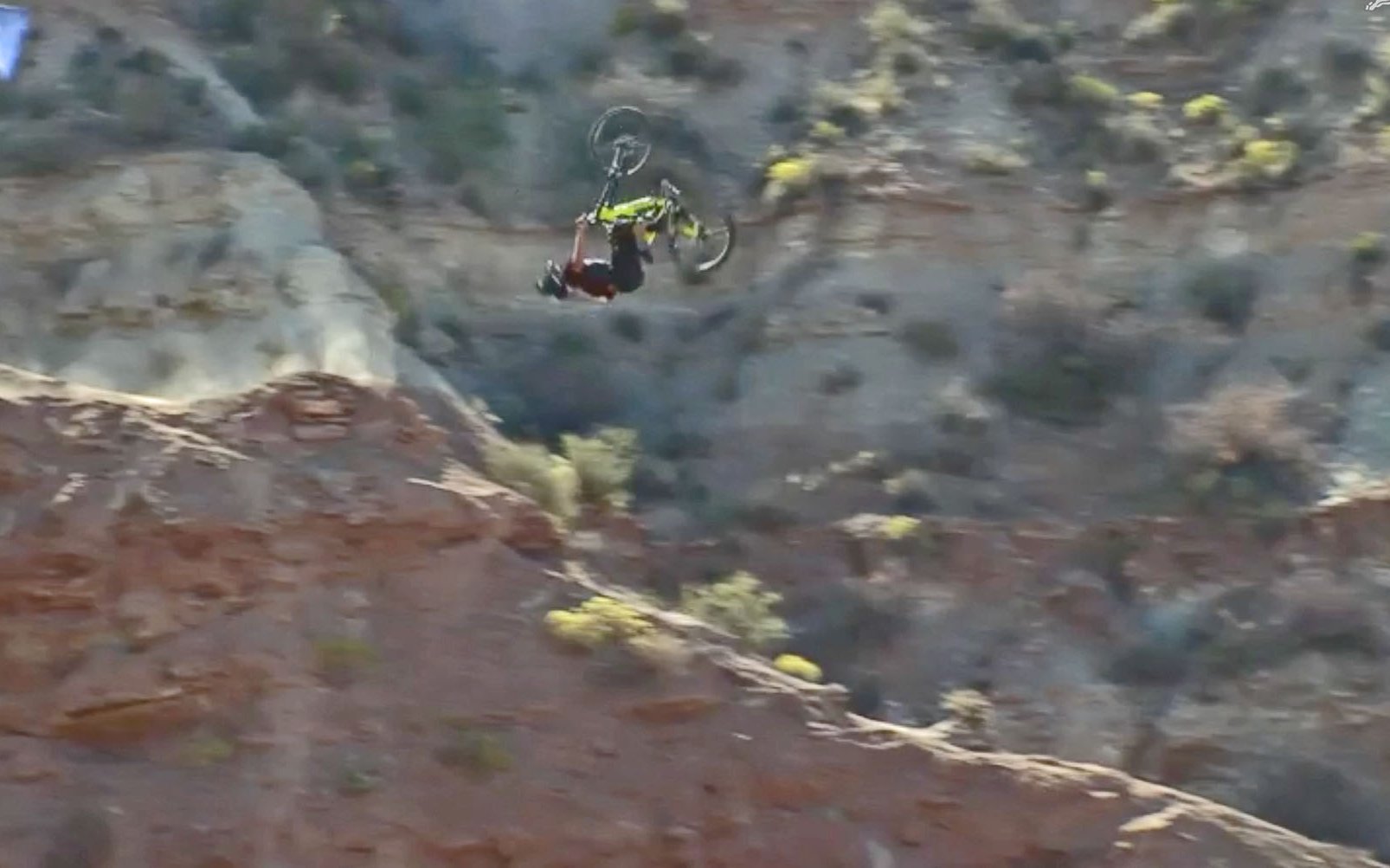 It was the best of times, it was the wort of times. Cam McCaul called this the best Rampage ever and in many ways I agree. The first round saw 16 complete runs and many riders threw their best stuff down. There were no crashes leading to injury and nothing was decided until the second last run. The best.

It wasn't the best year for judging however. It's easy to nitpick, and it's a very difficult competition to judge, but this year there were several egregious errors. The worst by far was the score awarded to Antoine Bizet, who laid down arguably the most impressive run of the day - and somehow placed twelfth. It was a better run than the one that landed him in second place last year. You could argue about line choice and amplitude a little but it was a dialled run. Tom Van Steenbergen was another rider who seemed to be overlooked by the judges.

With that said, Kurt Sorge was a deserving winner, and he also made history by becoming the first ever 3-time Rampage champion after narrowly defeating Cam Zink.

This one will get picked apart by many, but the fact remains that it was an incredible spectacle and the riders, diggers (especially) and organizers deserve our gratitude for delivering something that was truly memorable. 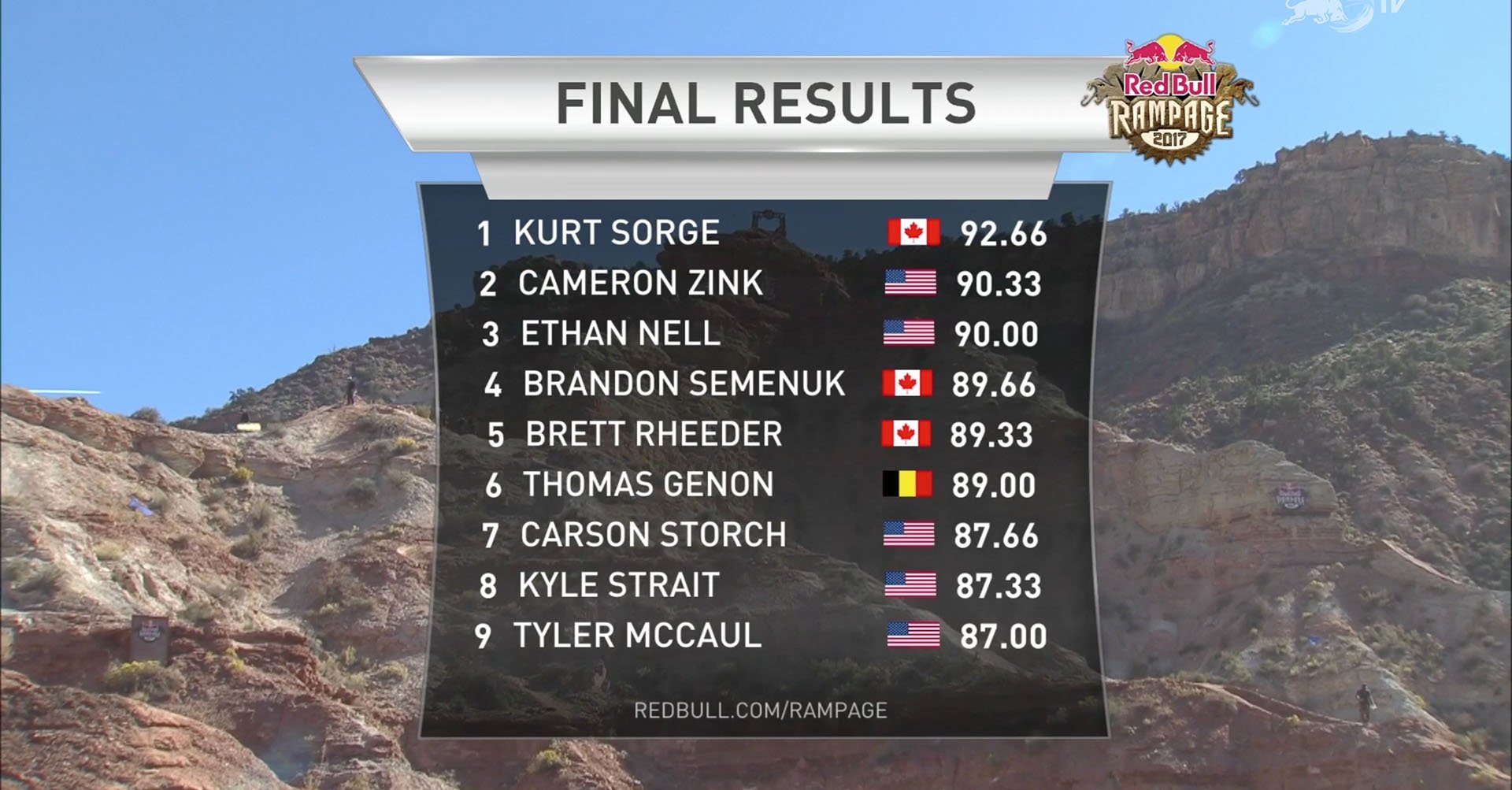 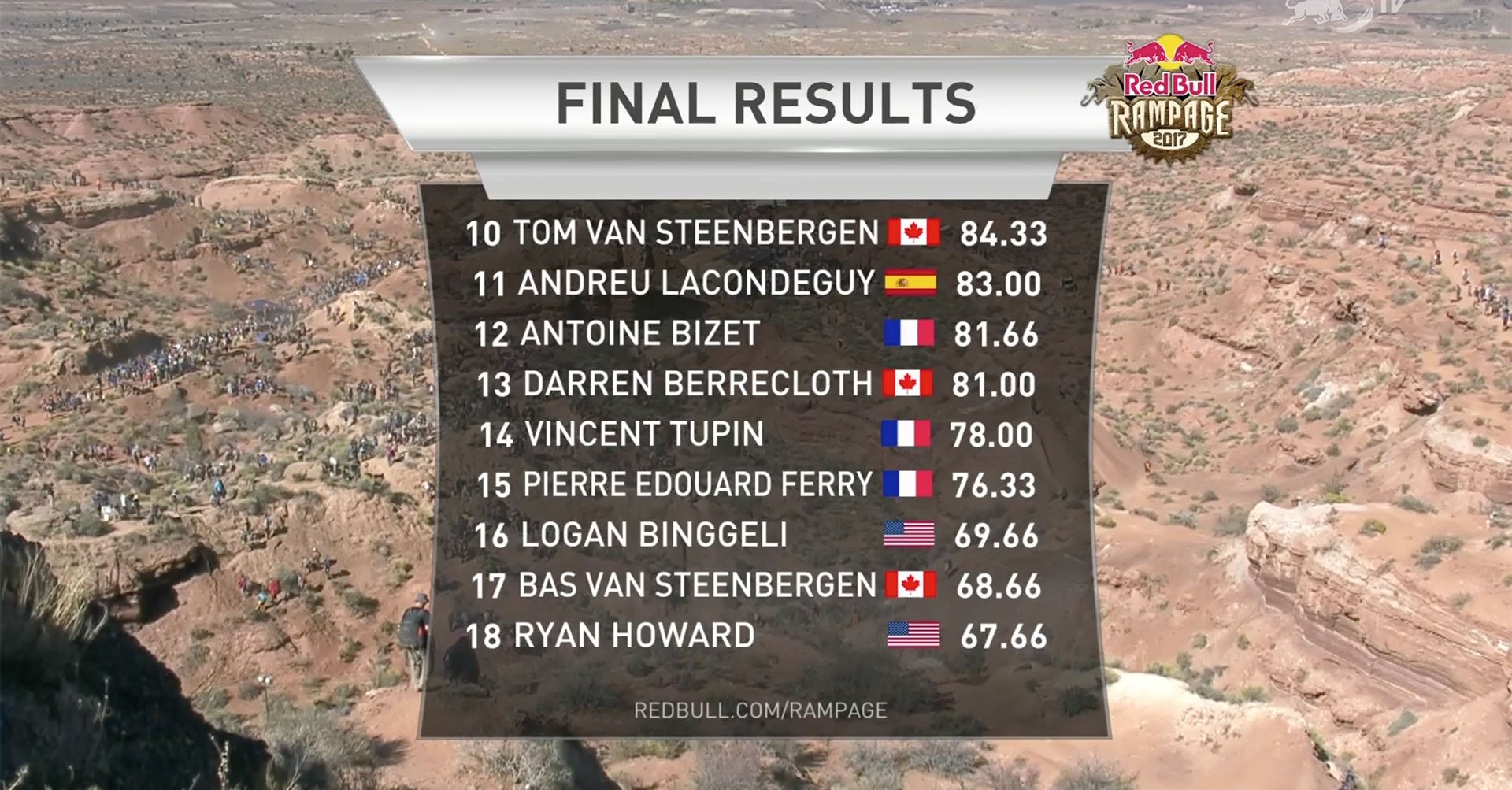 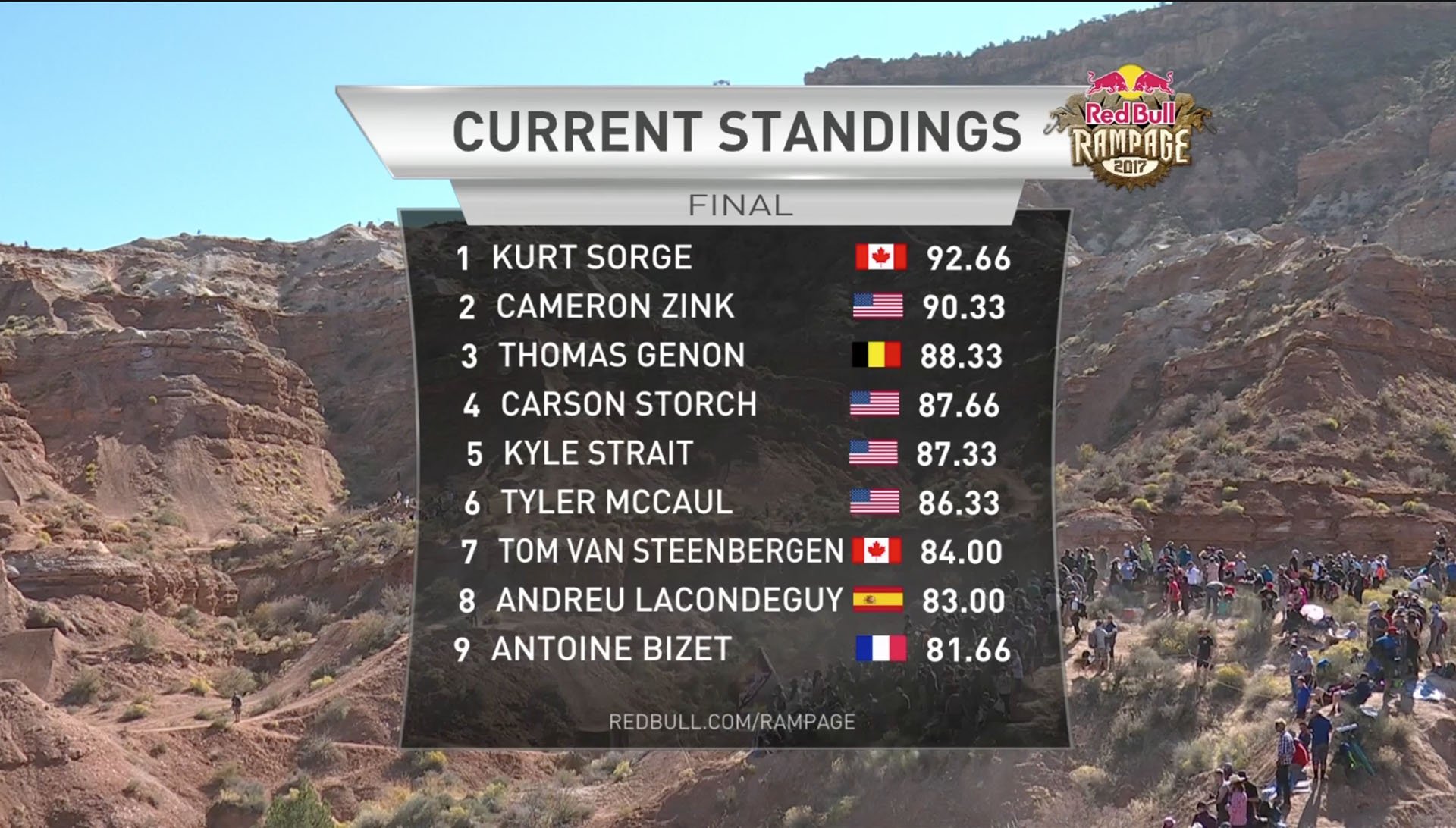 Here's how it looked after the first runs were complete.

There's always the danger that the people's choice award will come down to the largest social reach, but this year the people spoke loudly and with good insight. 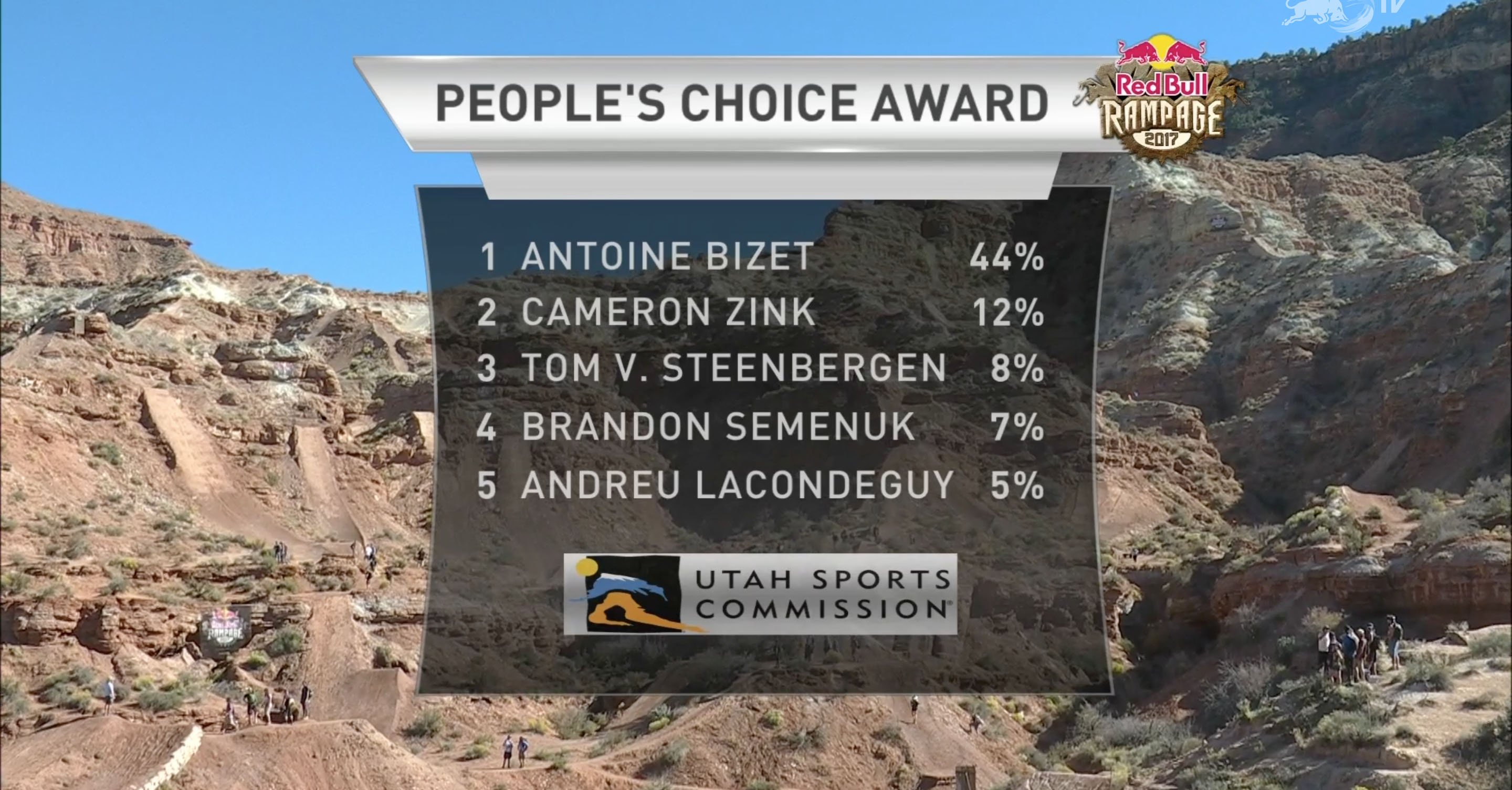 The people have spoken.

If you are bold, give us your top five runs below.