Fresh off a plane from New York and the Windham World Cup this past weekend, we ran into Nick Beer as he tried to sneak in a little last-minute practice before the Garbanzo DH race with his 650B Devinci Wilson. “It’s sick to be here” he said, “and there’s lots going on. There’s never enough time to practice, so I’ve just been trying to get as many laps in as possible.”

Despite the need for yet more practice, Nick was happy to let us snag a few photos of his rig. 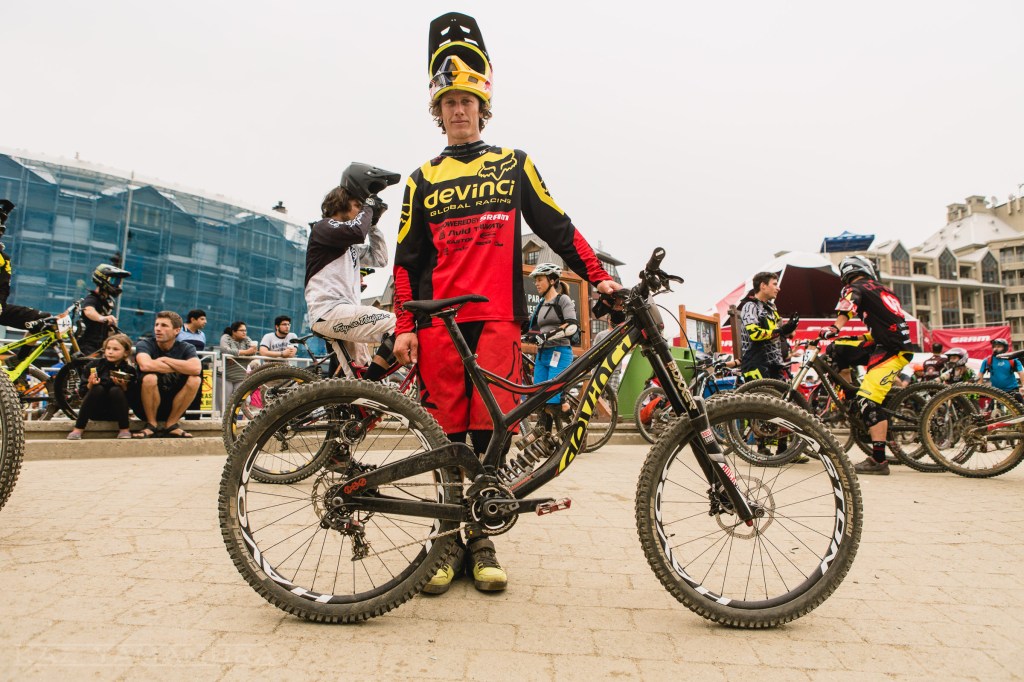 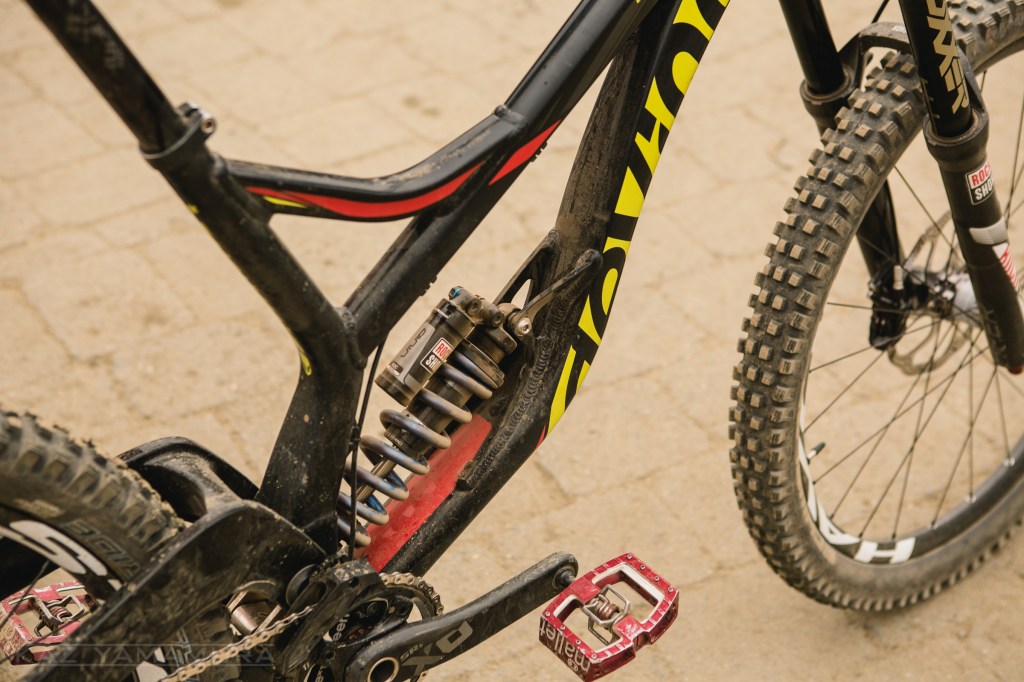 From the looks of things, Devinci has done a bit of shuffling around with the shock and link positions on the 2015 Wilson. This particular frame is hewn from aluminium, but we’d bet a pretty penny that a carbon version isn’t too far behind. 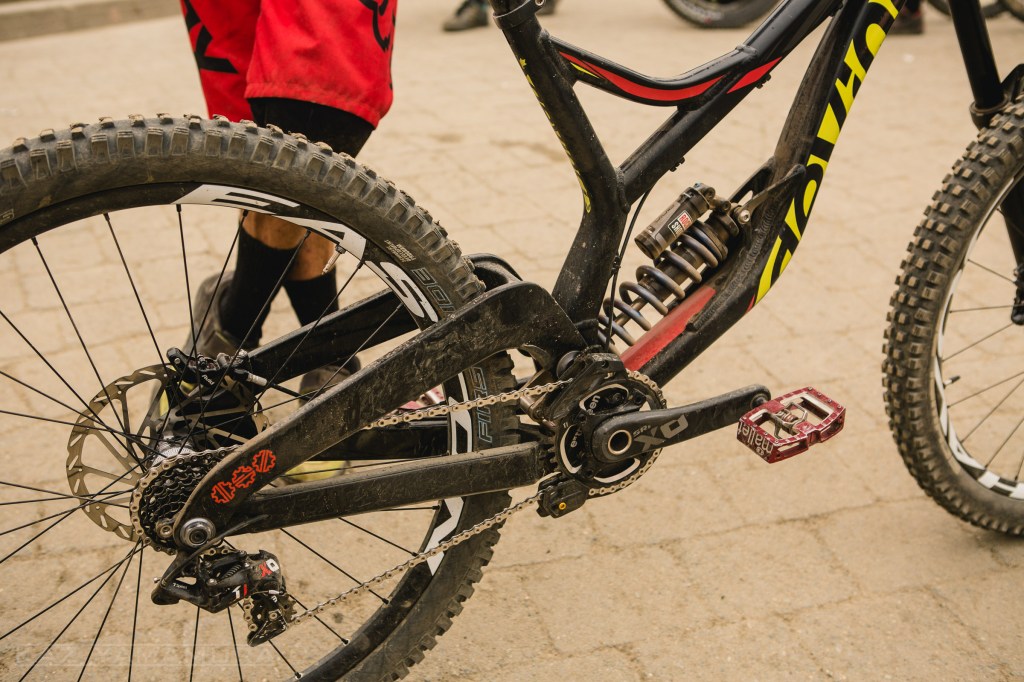 Carbon X0 cranks and the new X01 7-block cassette to put the power down. 650B Easton Havoc wheels keep things rolling along smoothly (well, as smoothly as it gets in the Park these days). 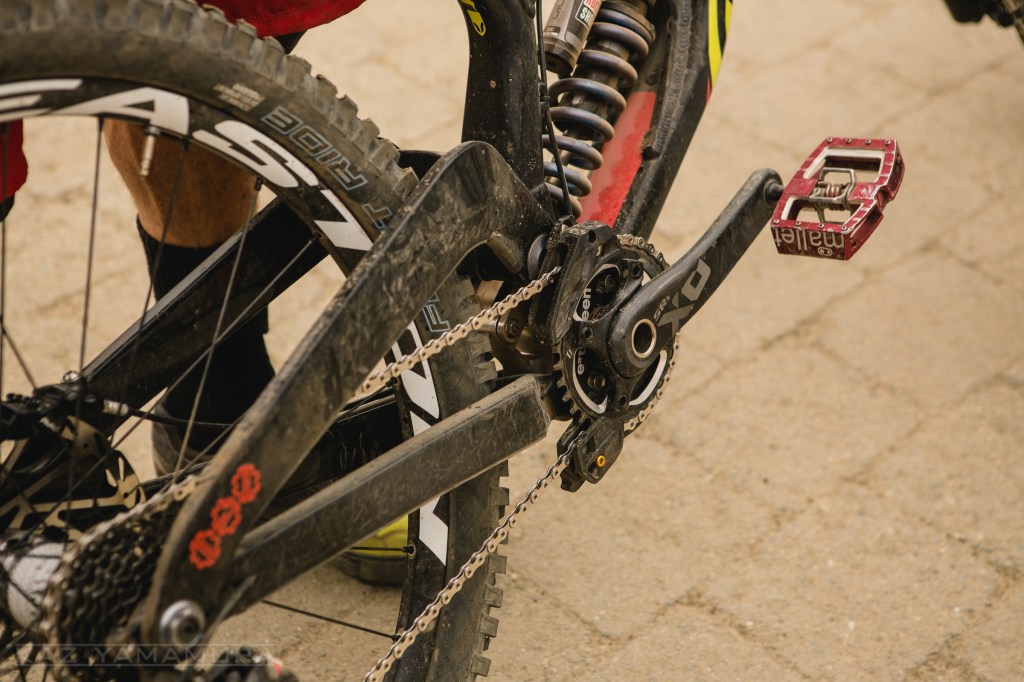 The clouds may have been threatening rain, but down in the park it was as dry as British stand-up comedy. Also of note: the “First Ride” printed on Beer’s Schwalbe tires. 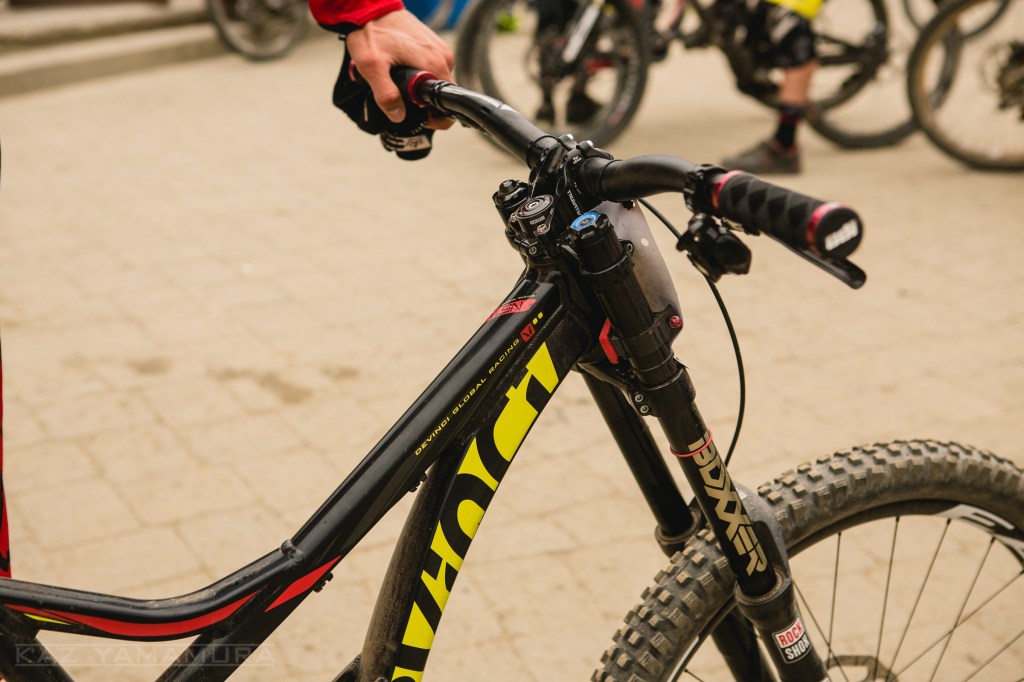 A Rock Shox Boxxer with the Charger damper takes care of the rough stuff up front, and sports some super lightweight bumpers to boot. Hey, every gram counts at this level.

Beer certainly has a tasty ride, and we certainly wouldn’t say “no” if we were offered a go…