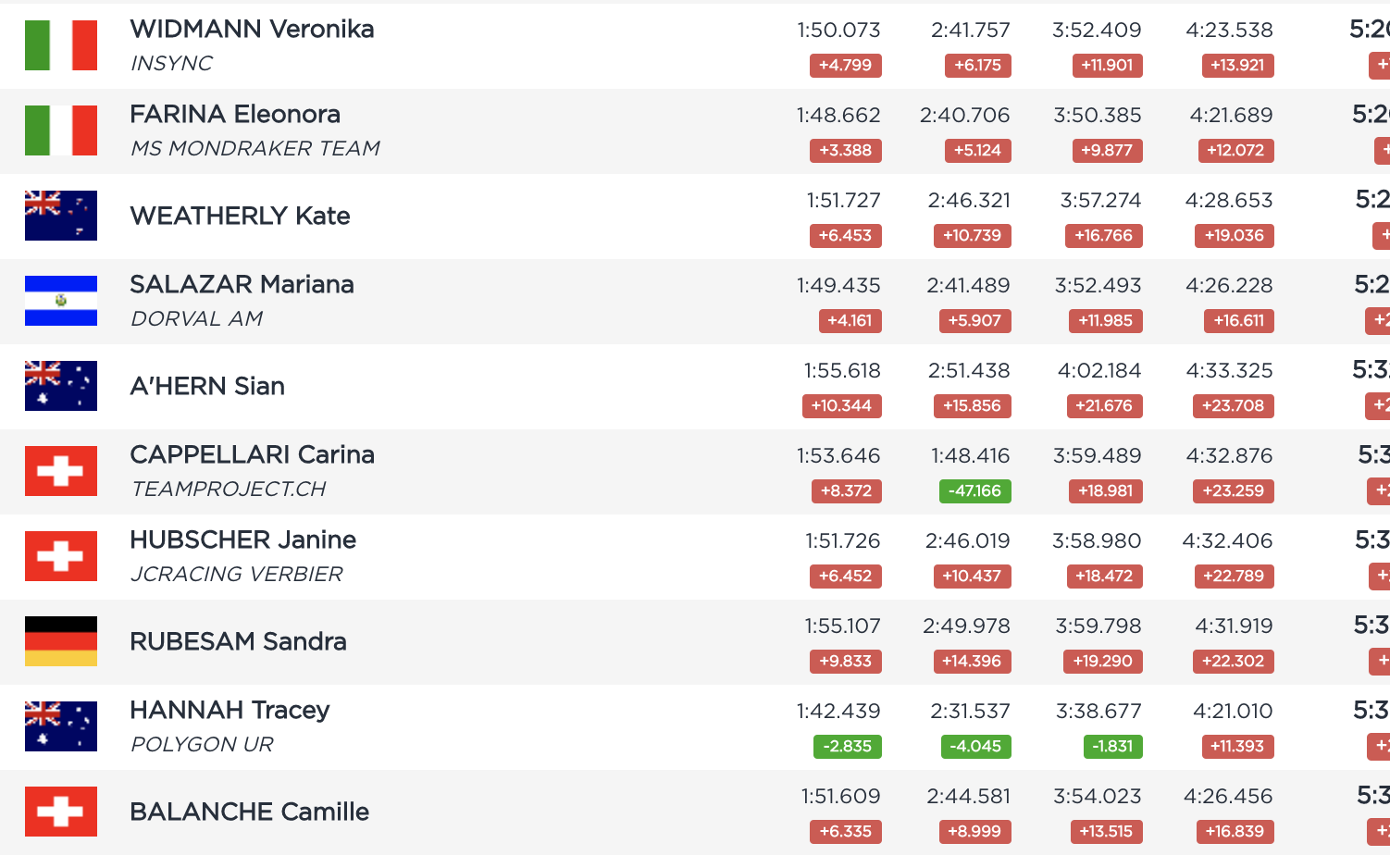 Racer's were greeted with more of the same during qualifying in Andorra today. Rain had been in the forecast late each afternoon but the track has remained dry and loose. Steep and deep comes to mind when thinking of the track and it's mixed up the results.

There were a couple of surprises, with current world number one, Tracey Hannah, posting her worst qualifying result of the season. She landed back in 13th after what looks like a crash in the steeper sections. Prior to the crash she was fastest but it was Nina Hoffmann who took the top spot! In the men's race, Loïc Bruni has kept his form and taken the top spot. Australian, Troy Brosnan was right on his heels in second and Amaury Pierron rounds out the top three. Loris Vergier slotted into fourth and privateer, Dave Trummer, finished a strong fifth place!