Bouncing back from an injury is hard; not only does your body need time to heal, but the bruises and scars can leave mental hang-ups as well. Miranda Miller is no stranger to recovery, and this latest video series featuring Miller, Remy Gauvin and Jesse Melamed delves deeper into how to come back from the mental aspect of bad crashes...

Adrenaline is the main reason we got hooked on mountain biking in the first place. We spend every day trying to see how far and how hard we can push ourselves. Whether it’s going faster, lifting more in the gym, hitting a bigger jump, a bigger drop…it is a relentless pursuit. Our Comfort Zones series is all about finding ways to push ourselves in a supportive environment. We’re challenging ourselves in areas we’re uncomfortable in; although this doesn’t always mean going big and getting gnarly.

Miranda is a strong, capable and skilled rider but she has also had a lot of injuries and setbacks through-out her career. She has had over ten surgeries, kidney failure and concussions and has often struggled regaining confidence afterwards. At the time, Miranda would think that it was a lack of skill that had caused her to crash, but looking back, it was usually a lack of confidence. 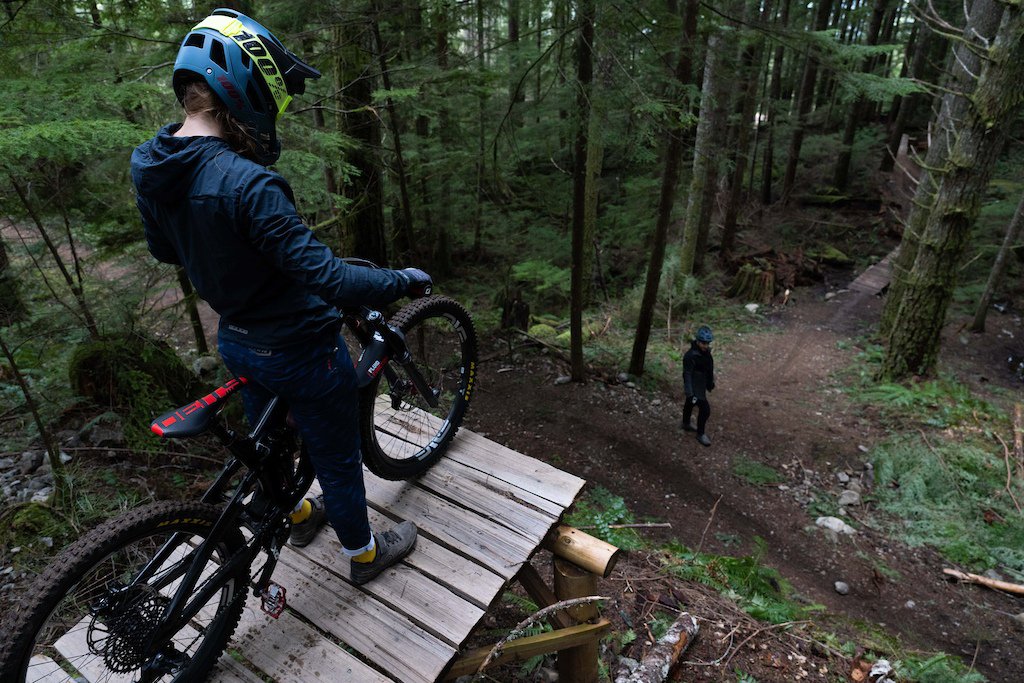 After a strenuous year racing downhill in 2018, she felt that she had reached rock bottom. She had no confidence in her abilities, was ashamed of her performances and was extremely burnt out from forcing risk on herself when she wasn't 100% healthy. It spurred Miranda to step back from downhill racing and focus on Enduro where she felt the risk was much more manageable and she had other weaknesses to focus on. In a way, she was just ignoring a problem, but it allowed her to continue racing. Lately, she has begun to feel stagnant in her riding and was fed-up of not having any confidence. At the end of the day, she is the only one that can change that, so while it has taken her longer than she would have liked, it was time she began to prove to herself what she is capable of!

Miranda had made a mental goal to hit Brutus, a North Shore classic, a sizeable road gap at the base of Cypress Mountain. Instead of going straight to Brutus, she decided to tick off a few more goals along the way. Starting with Poacher, a similar but smaller feature in Squamish. Through the process of hitting both Poacher and Brutus it has helped prove to Miranda the strength of her mind, how to properly focus again and how to methodically work on taking bigger risks. Remi and Jesse helped pushed Miranda in a supportive way that was sustainable. We think it is important to remember that there is a difference between taking a bold and blind risk that is hard to repeat versus one that teaches you how to continue to take risks.

Miranda Miller - Home Bound and Down

Breaking Down Lines with Jessee Melamed

Rome wasn't built in a day. So cool of Miranda to share her process.

It's awesome to see process videos loaded with vulnerability... and humans just supporting each other. Thanks!