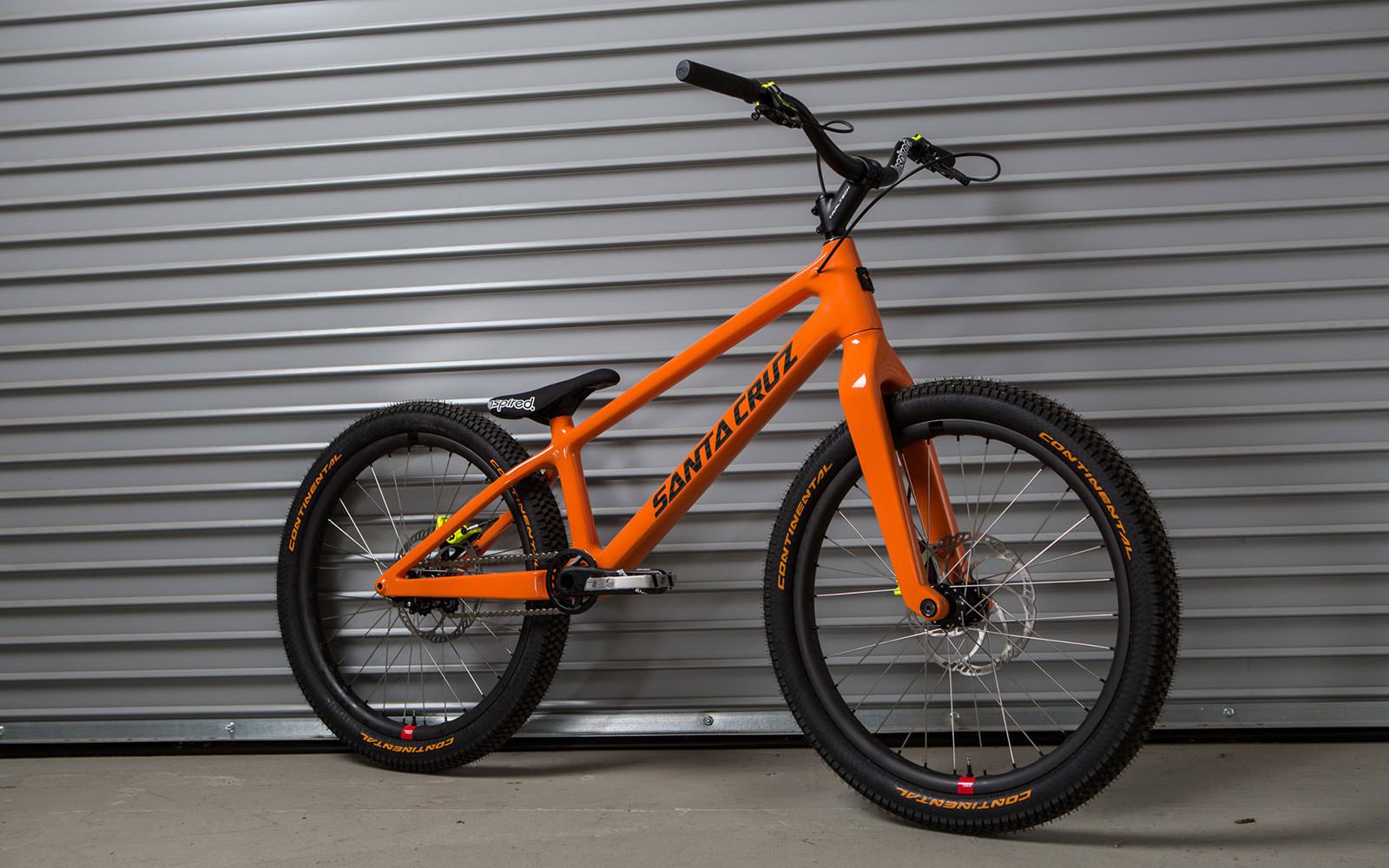 Danny MacAskill is one of the most widely known names in mountain bikes, with people who have little knowledge of the sport still having seen one of his incredible videos. Santa Cruz are one of the more sought-after brands in the sport and are heavily involved in the acceptance of carbon mountain bike frames – they really knocked the socks off a lot of folks with their testing video a number of years back.

Put the two together and we have quite the cocktail. A rider that puts their equipment through incredible forces thanks to the insane stunts they do for fun and a company keen to continue to push their carbon process beyond what anyone thought possible. Danny was an integral part of testing the Reserve wheel, a wheel that saw the development of new processes and was first developed at their in-house composites lab. Impressed by the wheels and Bronson that he rode before them during filming for The Ridge, Danny asked Santa Cruz for a carbon trials bike.

I wasn’t expecting to be able to do the stuff I did on that bike (the Bronson). It opened my eyes to what carbon was capable of. The lightness, stiffness and durability is perfect for taking trials to the mountain and I was already thinking about my next project.

A new frame is cool and all, but the real eye-opener here were the lessons learned thanks to the in-house composites team being able to flex their muscles. New and potentially future development processes for all of their bikes is the name of the game here. With the prospect of a whole lot more learning ahead, Santa Cruz Bicycles composites engineer, Nic McCrae, jumped at the opportunity.

The team worked on developing a latex bladder as part of the process, something that Nic had been interested in for some time. A positive result from the process would mean that they could eventually incorporate it into the manufacturing of their frames and increase their sustainable manufacturing practices, something that they take seriously. The latex bladder technique eliminated the need to use an EPS insert and bladder which is generally good for a one time use. 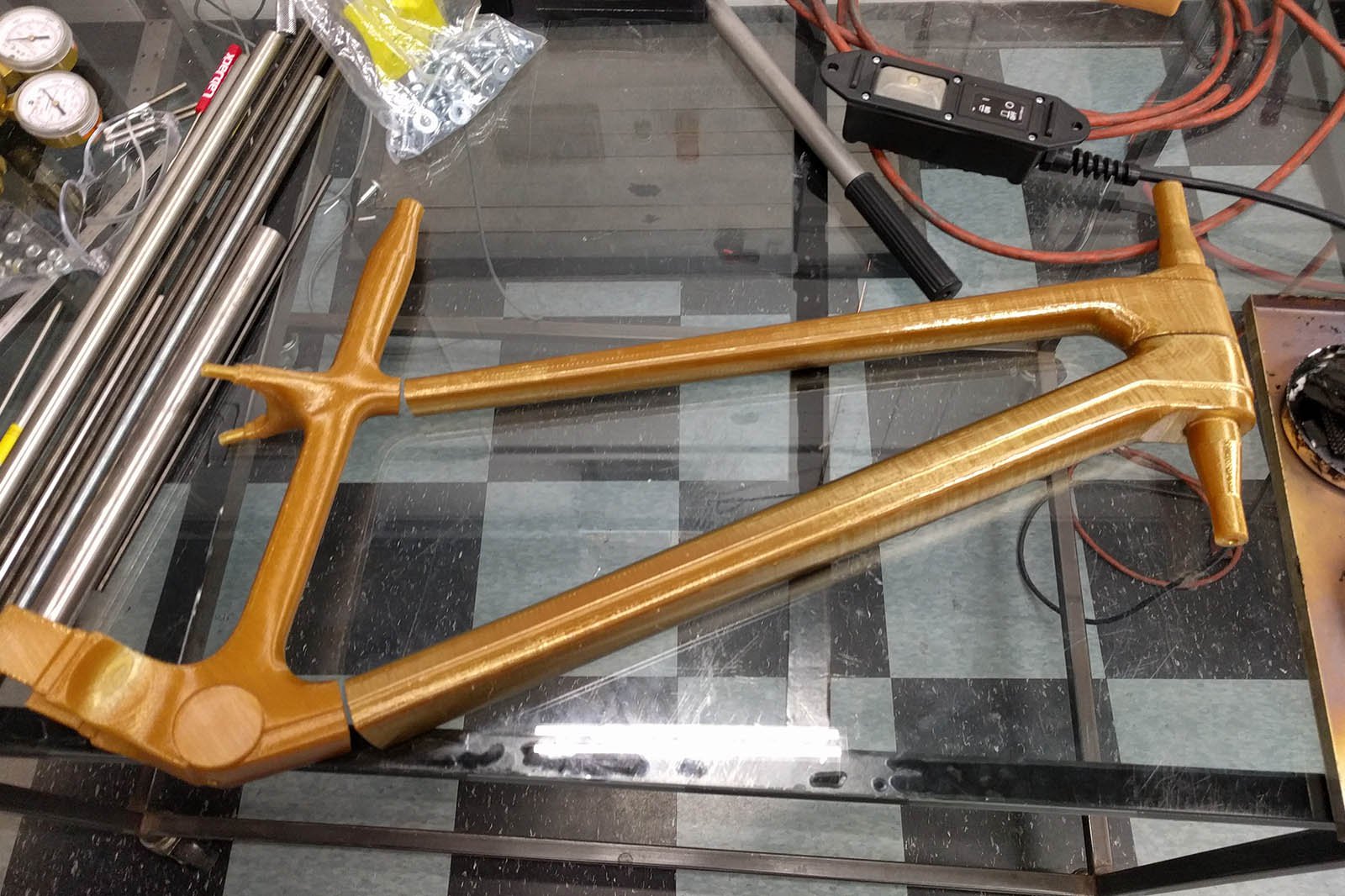 The reusable 3D printed mandrel's that enabled faster development during the design phase and removed the need for EPS inserts.

Reusable latex bladders are used in a variety of non-bike manufacturing environments, but they typically require CNC-machining an aluminum mandrel to dip into the liquid latex, and each mandrel can take around 100 hours to machine. We wanted to develop the best bladder system possible so we relied on 3D printing to create the forms we needed.

Another development during the process was in the type of weave that the carbon contained. Thanks to the in-house facility, the R&D team now had access to small quantities of materials for experimentation and prototyping, and it's thanks to this advantage that they landed with a "braided" weave that is used in parts of Danny's frame.

The braided carbon is said to be extremely impact resistant, especially when compared to the more commonly seen woven or unidirectional carbon we see in the bike industry. A carbon frame for Danny MacAskill needs to be able to withstand impacts. 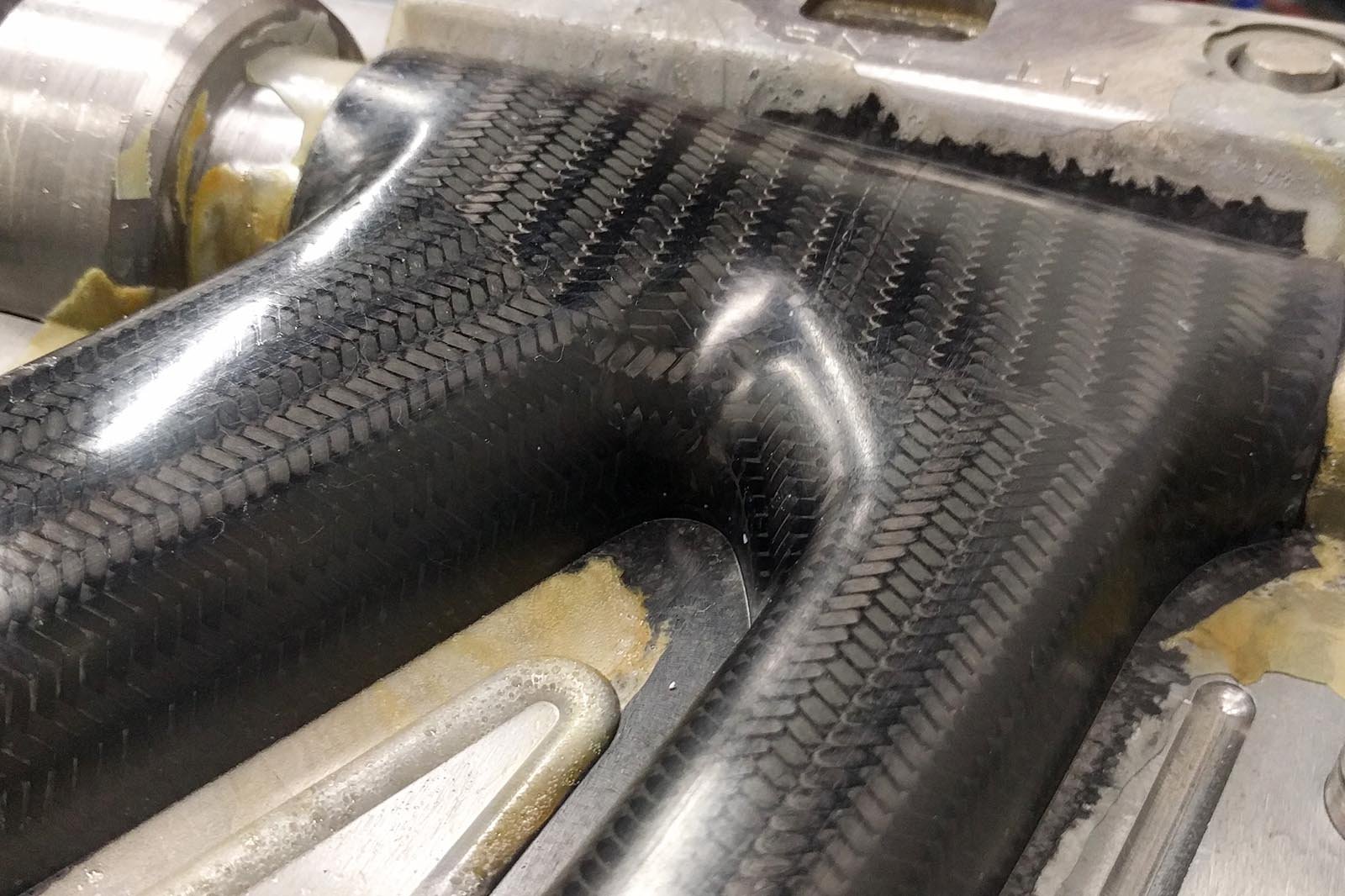 The braided carbon used in the Danny Mac frame.

After eleven prototypes, Danny was made the orange painted frame we see here. It features slightly thicker stays than earlier prototypes, which Danny had broke and consequently Nic fixed and built upon while visiting, by putting the frame half in the oven at his accommodation in Scotland! The Santa Cruz logo is not painted but instead, a sneaky window into the detail of the braided carbon on the downtube and Danny finished it off with his preferred parts. 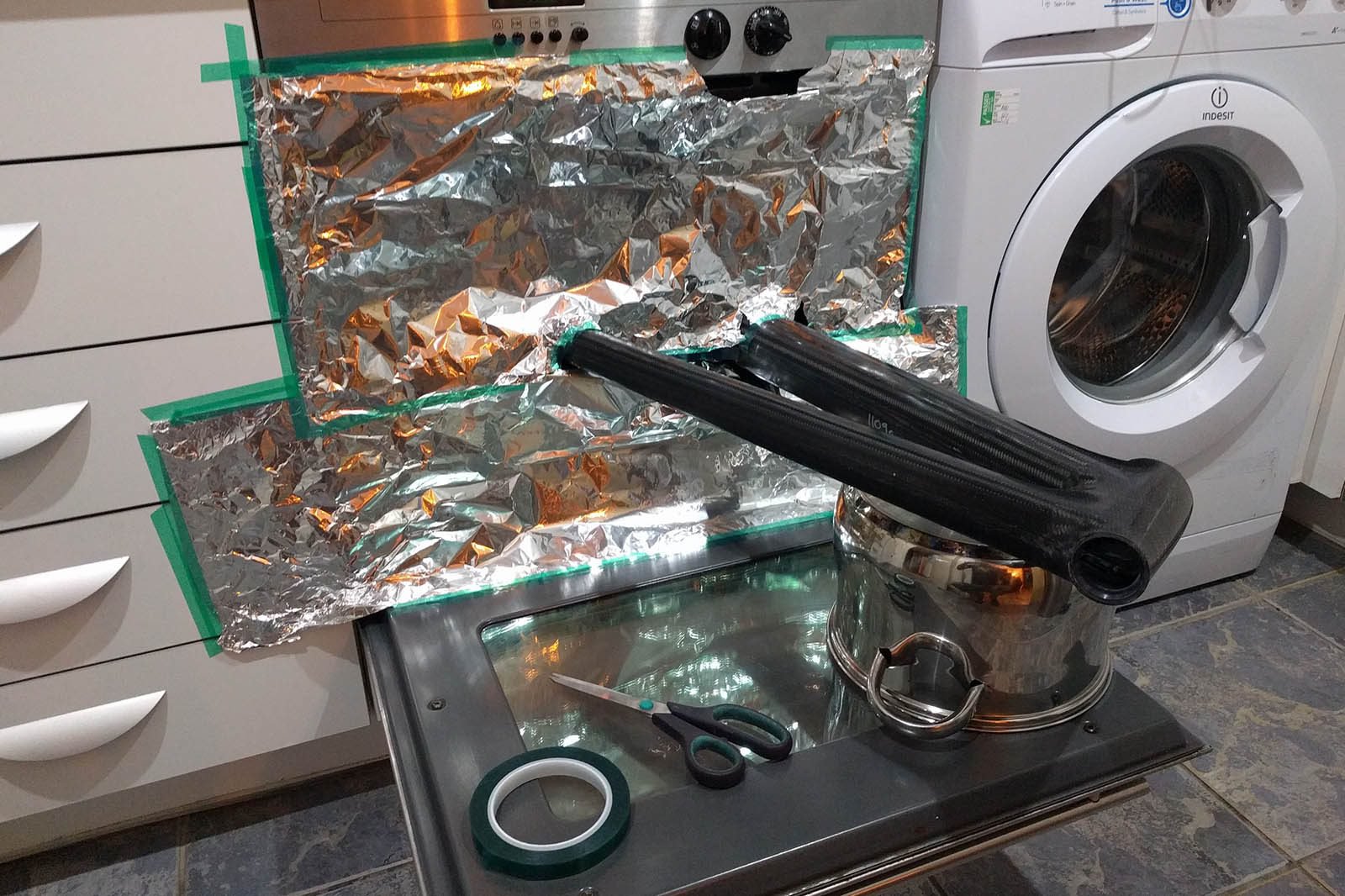 Danny will have the bike at Sea Otter in a few weeks time and we can't wait to get a closer look at the braided carbon. Santa Cruz say that the bike itself will not go into production but one can only assume that it's a matter of time before some of the lessons from the process show up in other products.

I saw the image earlier today quickly in passing and thought they made a run bike for Danny as an April Fools thing. This is much better.

I dunno, seeing what he could do on a run bike could be a great idea…

I could be on a real bike, and Danny could beat me on a run bike.