Mountain bikers seem to have an unwavering desire to challenge how far they can push their limits. For some it means jumping farther. For others it means riding a line that terrifies them. For Whistler legend Adam Billinghurst, it meant attempting to ride way more than he ever had in a single season.

The mission: to descend one million vertical feet as quickly as humanly possible in one bike park season. Armed with a GPS to track the ride, Adam started racking up the laps, and filmed every single run on his Sony Action Cam. By the numbers, completing a million vertical foot descent is equivalent to walking down the Empire State building 750 times, or down Mt. Everest 48 times. A mountain high enough to complete the descent in one run would rise past the atmosphere, stratosphere, mesosphere, and past the Aurora Borealis – all the way up to the orbit of the International Space Station.

Riding all day, every day may sound like a dream… but sometimes you need to be careful what you wish for. Anyone who’s ridden in a bike park knows the opportunity for disaster drastically increases with your lap count. Adam’s mission wasn’t complete without hitting the deck hard a few times. Fortunately, none of those crashes prevented him from reaching his goal. In the end, Adam’s Dream Capture took 57 days. He rode 565 lower mountain laps, 169 from the Garbanzo chair, 2 from the round house and 1 from top of the peak. 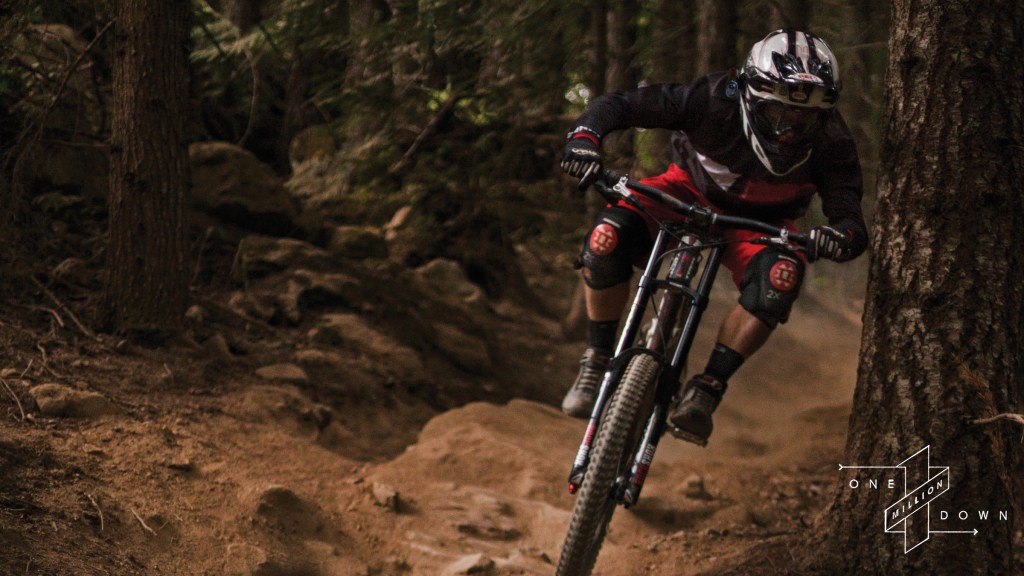 “I was able to drop in on Adam’s final day of riding and I couldn’t believe what he had already been through to get there.  Riding 1 million vertical feet is one thing, but to do it in 57 days requires a full time commitment and takes a huge physical toll on you. It’s a very impressive accomplishment, one that I have no interest in trying to match!” – Thomas Vanderham 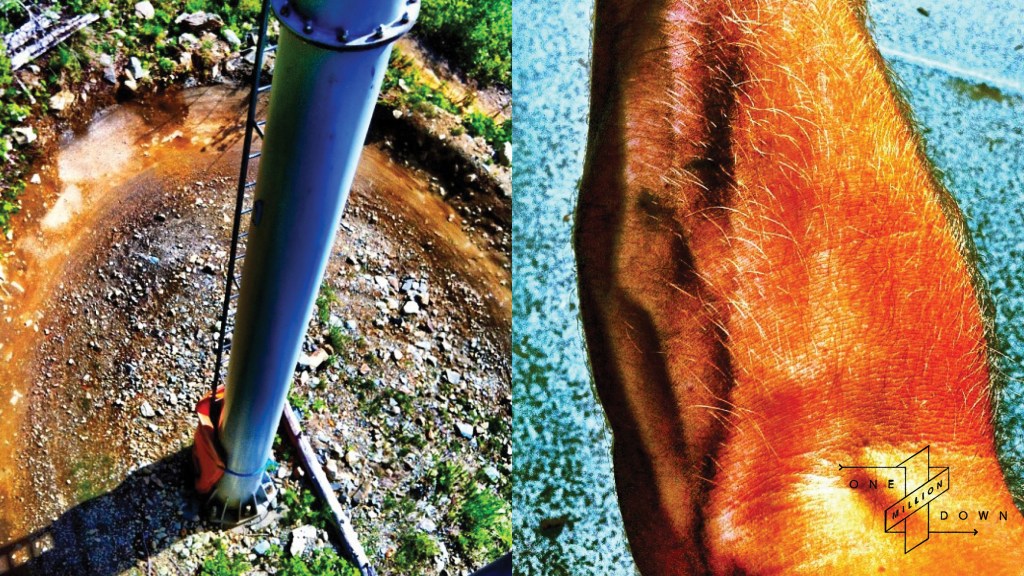 “Adam is the king park rat! If anyone could commit to 1,000,000 feet of big riding, it’s the berminator. Now he looks like Popeye.” – Kenny Smith 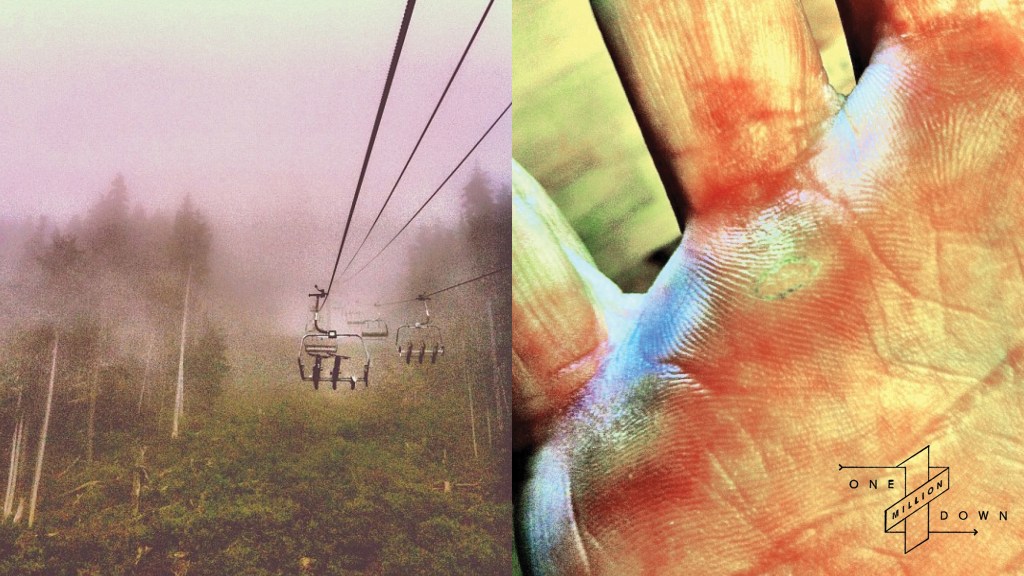 “3 years worth of riding in less than two months…. mind blowing. Adam is a beast!” – Ian Morrison 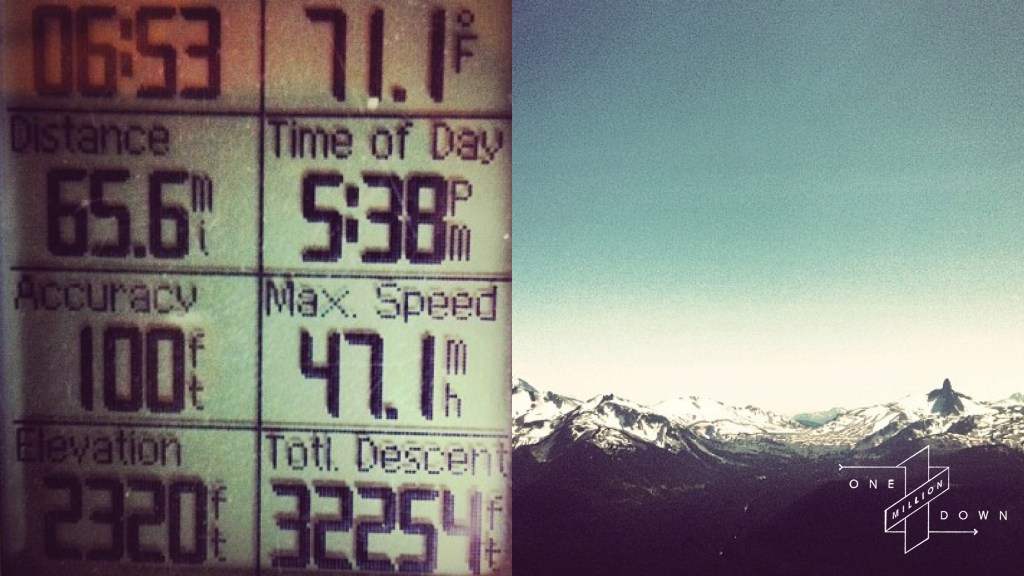 “I turned what I love to do most into something I had to do. It became the best first world problem I’ve ever had. I had to ride my downhill bike too much. Sometimes it wasn’t as fun as I wanted it to be, most of the time it was. Even after 15 years of riding here like a fiend, every October I felt like I didn’t ride the park enough that season. This is the year though. I rode enough. I say that now, knowing I’ll be dying for an A-Line hot lap as soon as it closes for the season. Thanks to everybody that helped me accomplish this goal and good luck to anybody else who wants to go for it.” – Adam Billinghurst 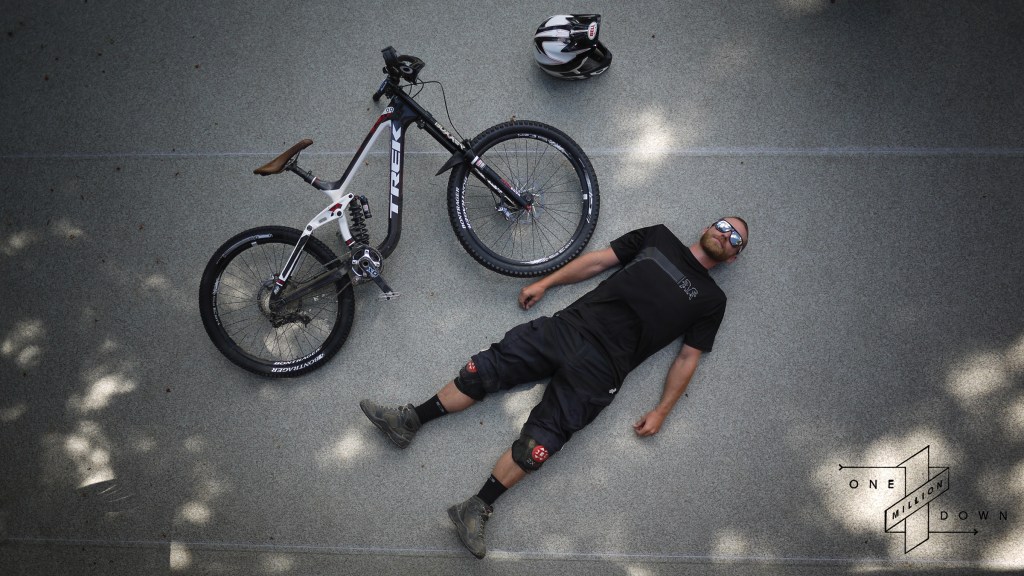 A million down? I ride a billion down! But seriously, this was quite a feat.