Specialized has yellow fever for 2014 with an exclusive new shock from long time Swedish suspension developer Ohlins. Featuring the twin tube technology that was licensed to Cane Creek nearly a decade ago, the Ohlins TTX shock will be available with both the Demo and Enduro EVO in 2014, and retrofittable to current models (back to 2012 for Demo and 2013 for Enduro EVO). 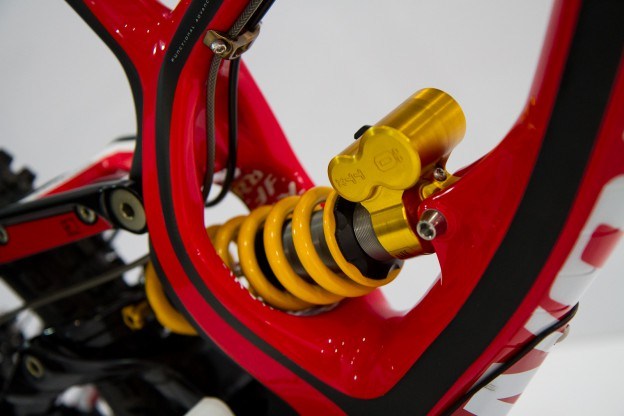 The new Ohlins TTX shock will only be available on both the 2014 Demo and Enduro EVO, as well as aftermarket for current models…

Ohlins’ signature yellow and gold have seen success in motorized racing for decades, beginning with motocross in 1976. The Swedish company has big involvement in MotoGP, Supercross, and World Rally – a good indicator that they know their way around long travel dampers in high performance situations. 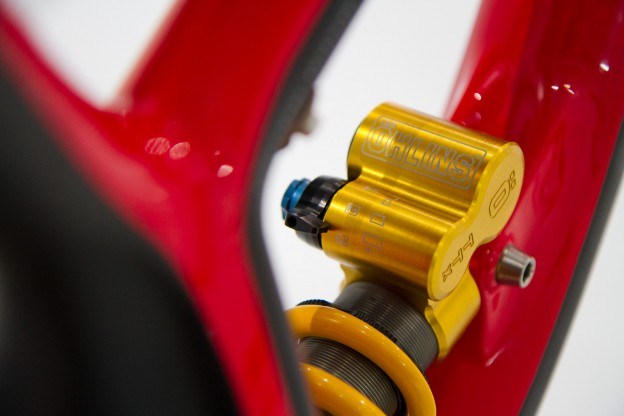 The signature yellow and gold has thoroughbred history in a large number of motorized disciplines including MotoGP, Supercross, and World Rally.

With the TTX shock, Specialized and Ohlins had simple goals in mind: consistent damping, simple adjustment, and a proper range of spring rates. The damping is a technology issue, the adjustments tailored to the Demo and Enduro EVO, and springs will be available in 23 pound increments. 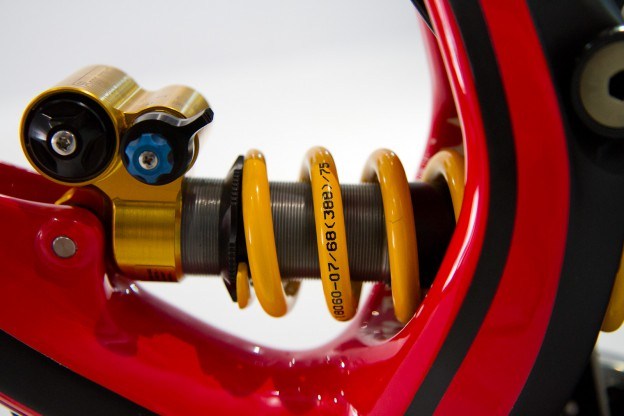 Springs will be available in 23 pound increments. 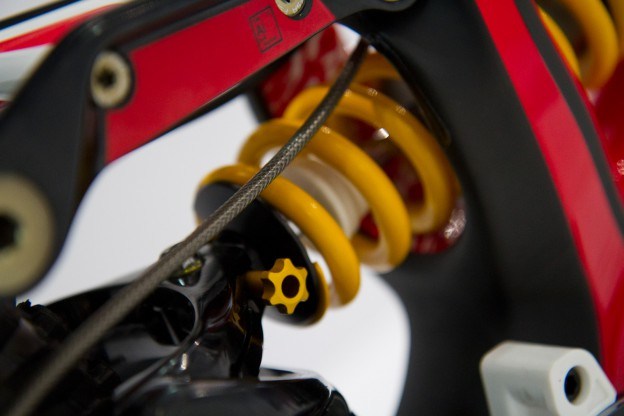 As the shocks are tuned specifically for the Demo and Enduro EVO, the range of adjustment has been limited to 16 clicks of low speed, 3 clicks of high speed, and 7 clicks of rebound.

Also featured on the TTX is a spherical bearing at the front of the shock allowing the body to twist, reducing the possibility of binding on the shock’s piston. The offset eyelet in the rear bushing found in current Demo frames will also remain to allow adjustable geometry.

The TTX will be available on 2014 Demos in the coming months, at which point we will have the opportunity to log some time on the shock. Until then, armchair engineers are welcome in the comments below… 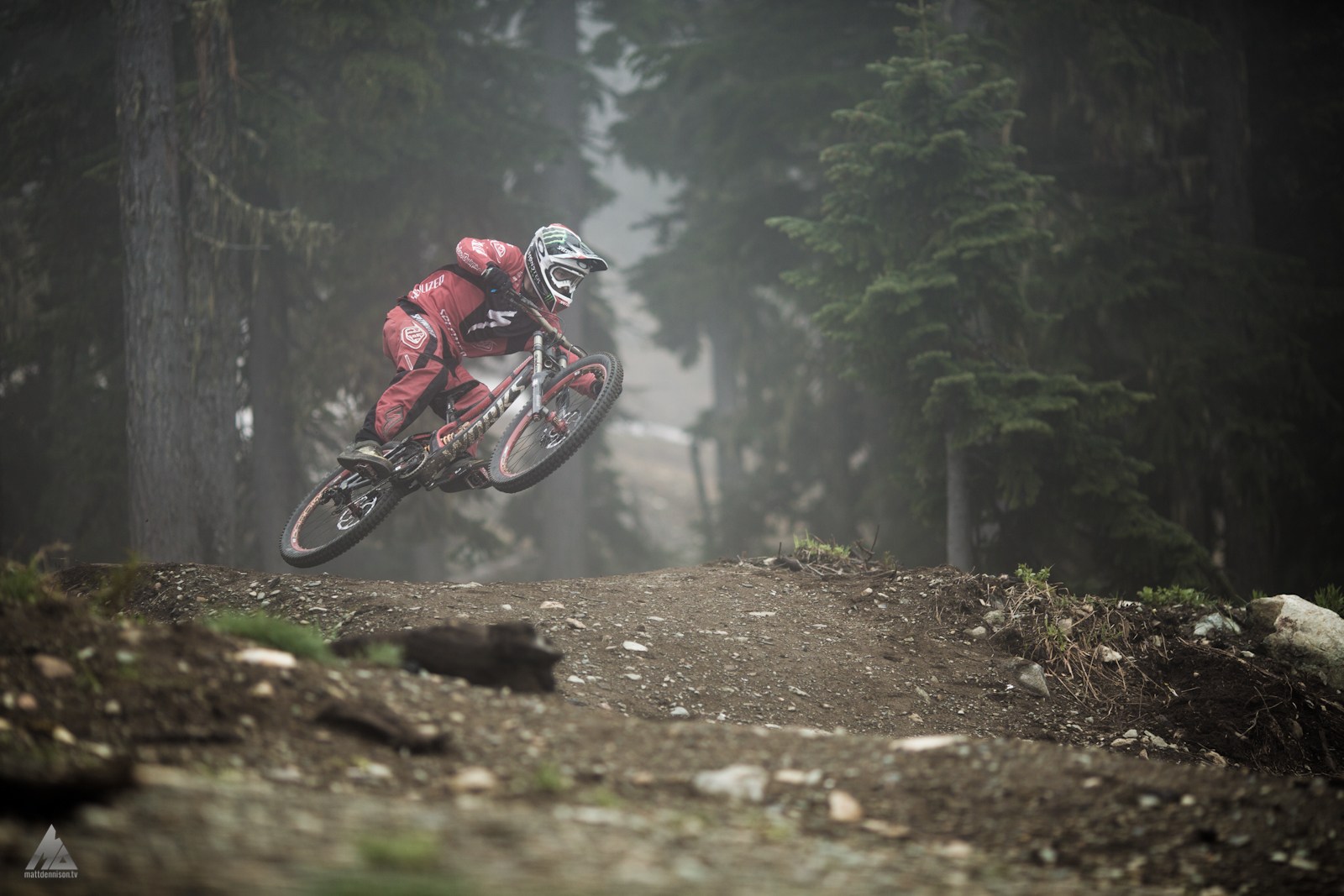 Last week we published a set of photos from the Coastal Crew’s new movie, and lo and behold Mitch Ropelato was running the TTX. Photo Matt Dennison.

Are you excited to see Ohlins step into the mountain bike market, or do you think we already have too many options?

I hear where you are coming from, but SBC is pretty good at supporting legacy products for a long time?

2 weeks back, needed a frame part for a customer here in the UK with a 2006 FSR frame, they had it, got it into my shop in 2 days and customer off riding all happy.

last week? Had another customer with the il-fated E150 Enduro dual crown fork, needed servicing it was looking really bad. Got the fork back within a week, fully rebuilt with new stanchions, damper and seals

I guess because this new TTX shock fits the existing Demo frame, if the worst came to it, you could buy a Cane Creek DB or RS shock for that bike and ditch the TTX?

im going to say 2 years till this shock falls out of favor just like every other time Spec. tries to step away from the mass market suspension co's.

GL to anyone who buys this years bikes with those shocks, hopefully you dont get stuck with a dead end product 2 years down the line.