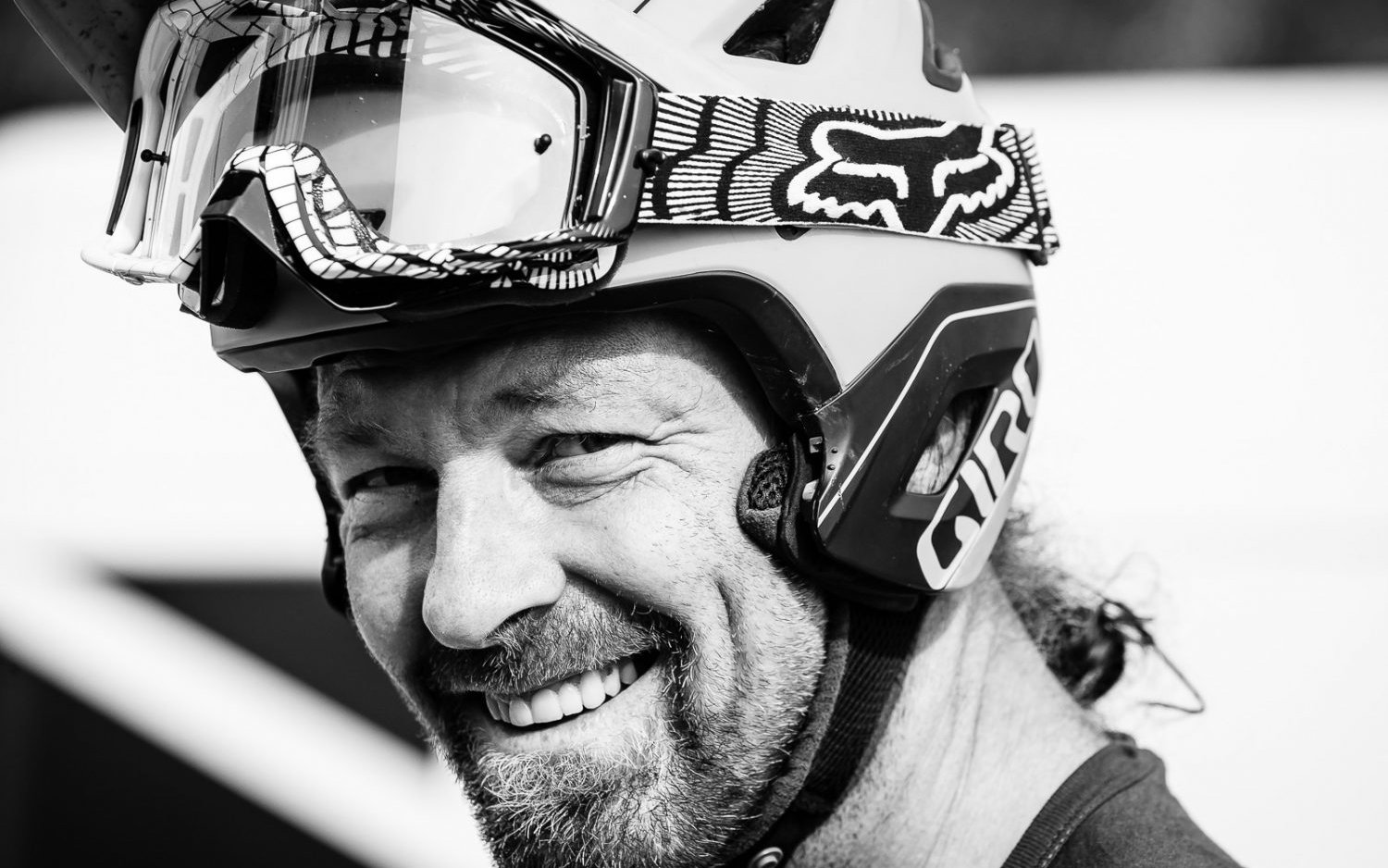 Mountain bikes have evolved tremendously in the last five years but before then, media and marketing had already pushed the descriptor, longer, lower, slacker into the realm of cliché.

During this time, one person established a name for himself and founded Geometron, a company to serve riders interested in leaping ahead. Chris Porter is best known today for his unique approach to bike shape, one that’s becoming more mainstream with each model year. And whether or not you agree with his approach, it's certainly thought-provoking.

But who is Chris Porter and where is he from? What pushed his desire to innovate so far that he's been labelled the godfather of modern mountain bike geometry? For years, his thought-provoking ideas about mountain bikes have challenged what people believe to be right, and I wanted to know more about where those ideas stem from.

Chris is immensely passionate about riding on two wheels, whether on a motorcycle or a mountain bike, which is clear when listening to him share some of his experiences – genuine emotion can be heard in his voice. That love, coupled with a desire to improve the experience is a large part of what drives him.

While this episode, the first of two planned with Chris was primarily to discuss his background, there is some discussion on the technical aspects of mountain bikes in the latter half. We'll be connecting again shortly to dive deeper into some of these topics and poke the industry bear a little as well.

The All New Nicolai/GeoMetron G1

The comments about how the suspension works on heavier frames (like eMTBs) are really interesting and consistent with what I recently experienced when I demoed an eeb for the first time. I rode a Specialized Levo SL with "mid-range" suspension components (Fox Rhythm 34 fork and dps shock) that I didn't really take the time to set up before riding. I normally ride a 2021 Factory 36 grip2 and factory dpx 2 (well loved and recently serviced) on my own bike. I couldn't believe how good the suspension on the Levo SL felt to me, even though I could feel the fork flexing under me. The bike just had sooooo much grip everywhere, but especially in the corners, and felt so stable, even with drastically shorter reach than what I'm used to. I couldn't put my thumb on it but now I'm thinking it had a lot to do with the fact that the Levo SL has at least 5 pounds more sprung weight than my normal bike. It was eye opening.

It’s true. And if the wheels stay reasonably light, while the frame gets heavier, the ratio improves. Glad you were able to work out what it was. 🤙🏼

I have a Banshee Spitfire V3 which at ~31 lbs is neither light nor heavy, just average. And I find the suspension on it (DPX2 Performance Elite and RS Pike with a Luftkappe) highly functional and well set up for my weight and riding style and locale.

I recently did a short bikepacking trip and after slapping some loaded bags on the bike and riding it aggressively on some steep and rocky trails, I expected it would be a little less than optimal — I didn't adjust my suspension at all, just added a couple extra PSI to my tires. But I came away thinking the extra weight made the suspension work even better than usual! Now I'm thinking I need to adjust my suspension when unloaded to mimmick how it road with an extra ~10 lbs.

great interview! i can listen to porter's ramblings all day; love his perspective.

Funny timing as last night I just listened to the Bikeradar podcast he did and listened to a chunk of this today. Really interesting ideas.

Thanks, Perry! Look for a tech heavy, big mouth strikes again with him soon. It should be really interesting.

AJ - that's one of the best chats i've heard with CP.  It was nice getting the back story.  Can't wait for Part 2.

I appreciate the kind words, Marty. Real keen to get into part two with him. It’s gonna be fun!

Nibs Kellet! I knew the Kellet family rang a bell, and after scratching my head, I remembered it was from an old Dirt Mag... Riffling though my collection the Kellet family was featured in the very first Dirt I ever purchased, Vol. 2 No. 3 (2003).  I was hoping to find Nibs' first name for Chris, but as it turns out, he was "Nibs" in the article too. His wife is Carol though, Lol.

Thanks for this, I look forward to more from CP. Could listen to him all day long.

Where can I find instruction for Chris's adjustment to improve the sensitivity of the Lyrik's air spring?

You could try reaching out to Mojo, Roil.

Roil - I thought he was referring to the old Debonair air spring which sits lower than the new one.

I gave the section of the podcast a second listen and you're right. I have a new Lyrik Ultimate coming on a complete Privateer 161 so I'm just interested in getting the most of out my new fork. Considering a Diaz Runt as an option.

It caught my interest as I have an older Pike RC.  I tried to upgrade the air spring to the latest Debonair air spring and TF Tuned (local UK tuner) said it wasn't possible with the older fork.  I would agree with CPs comment that it is relatively supple off the top.  If you're after a good fork I highly recommend the Ohlins m2 coil - it works so well.

It´s all in the podcast, depresurize the lowers, job done. Proper way to do it is to losen the foot nuts/bolts with deflated and compressed fork, but using zip tie is a possibility if you are lazy. Just make sure that the seals are clean before you shove yip tie through them.