It didn’t appear that this would be an exciting season. Aaron Gwin was seeming like his unbeatable best. And then Danny Hart started to put it together. After winning World Championships in 2011 Danny went on a winless drought. And then Danny won in Lenzerheide, Switzerland this year and put a wee bit of pressure on Gwin. 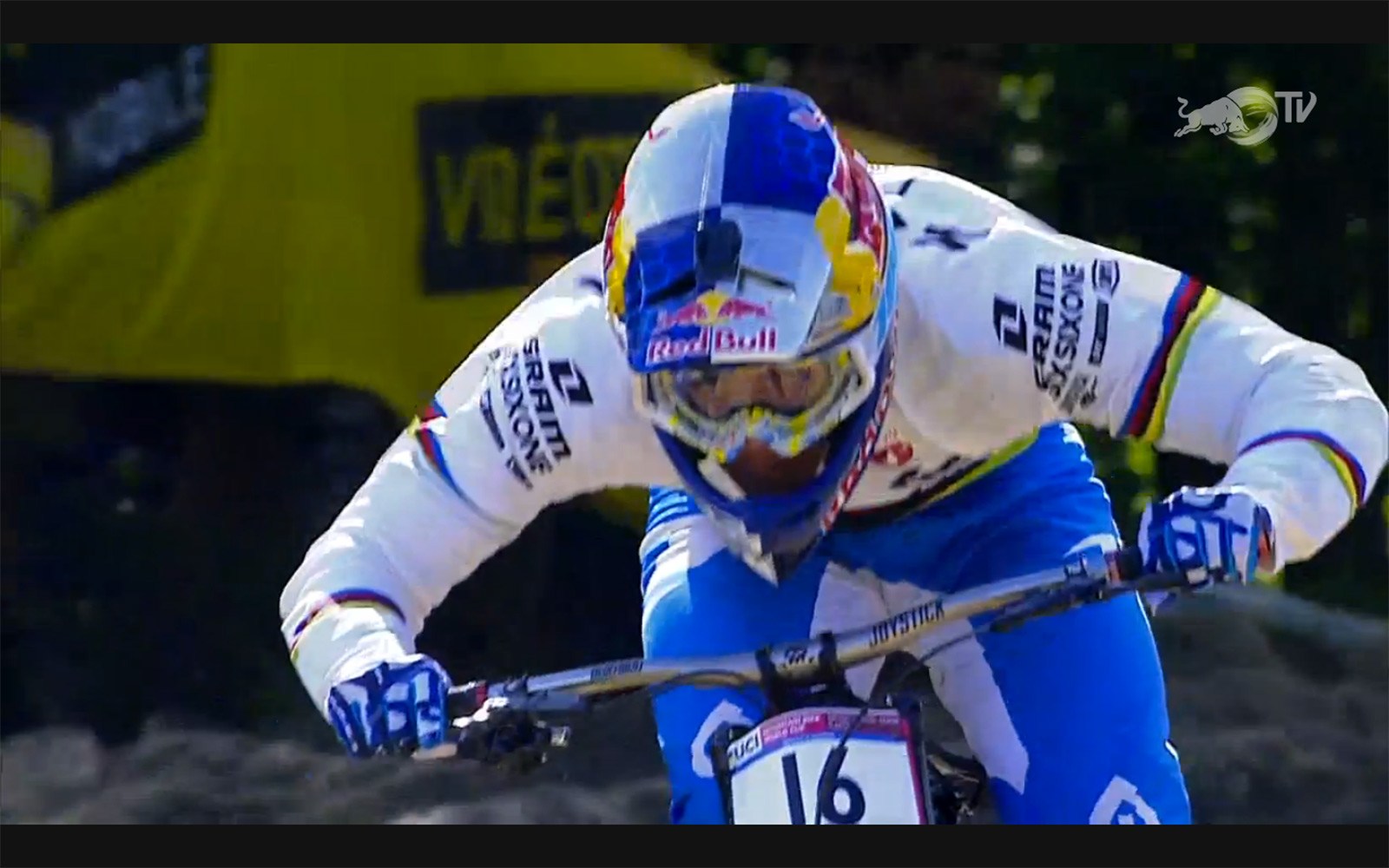 Loic Bruni is an amazing human being. After four months off with injury he stormed back with a blistering run that kept him in the hot seat until the last two riders. (a crash in qualifying gave Loic an early start)

Loic Bruni had to be the surprise of the weekend. How do you keep your edge when you are off your bike for four months? When all of your competitors have been racing at the highest level, how is it possible to step in as though nothing happened at all? Remarkable. 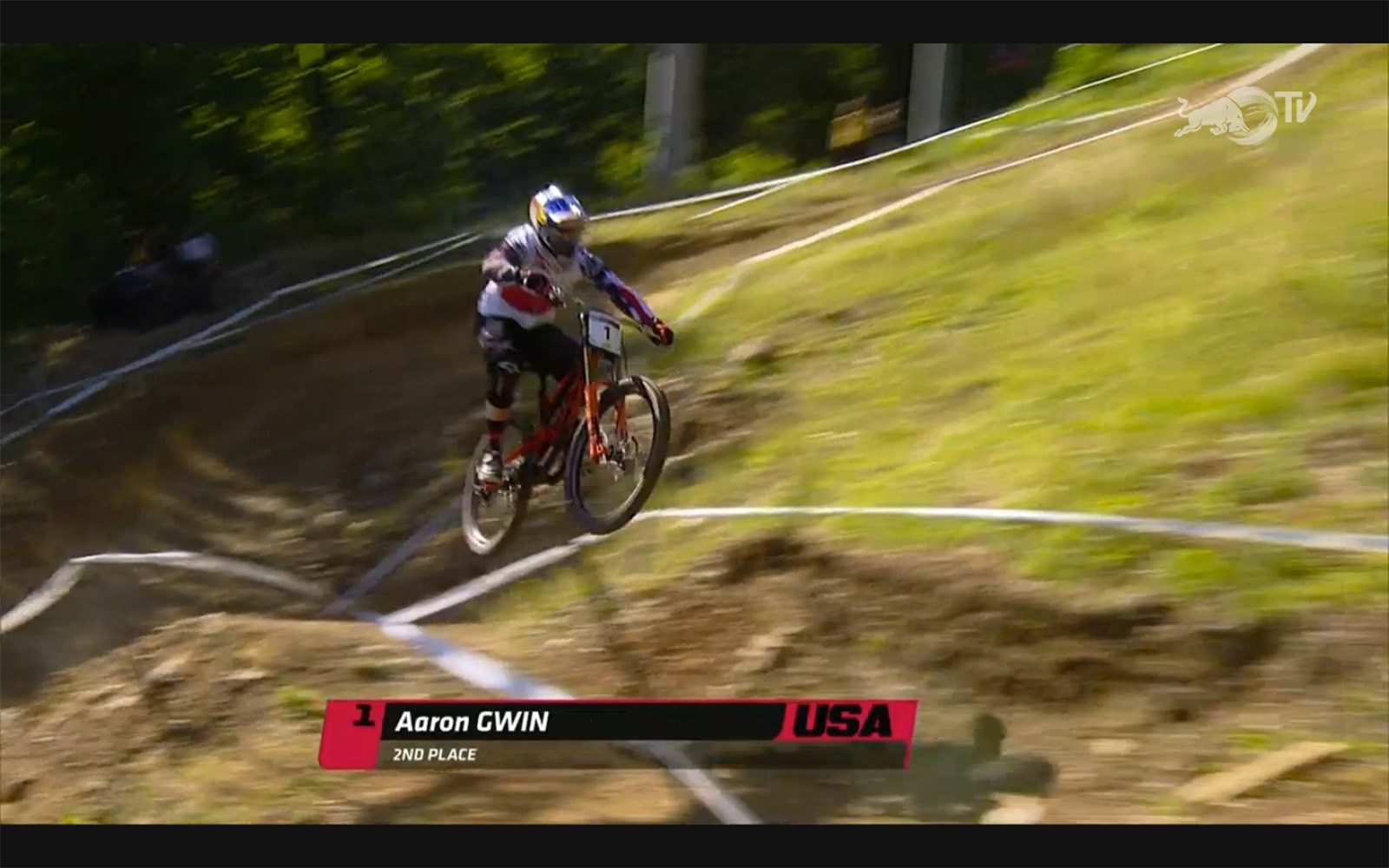 At the first split, at the two minute mark because of the long course, Gwin was over a second back, and the margin kept going down – keeping Danny Hart on the edge of his seat. 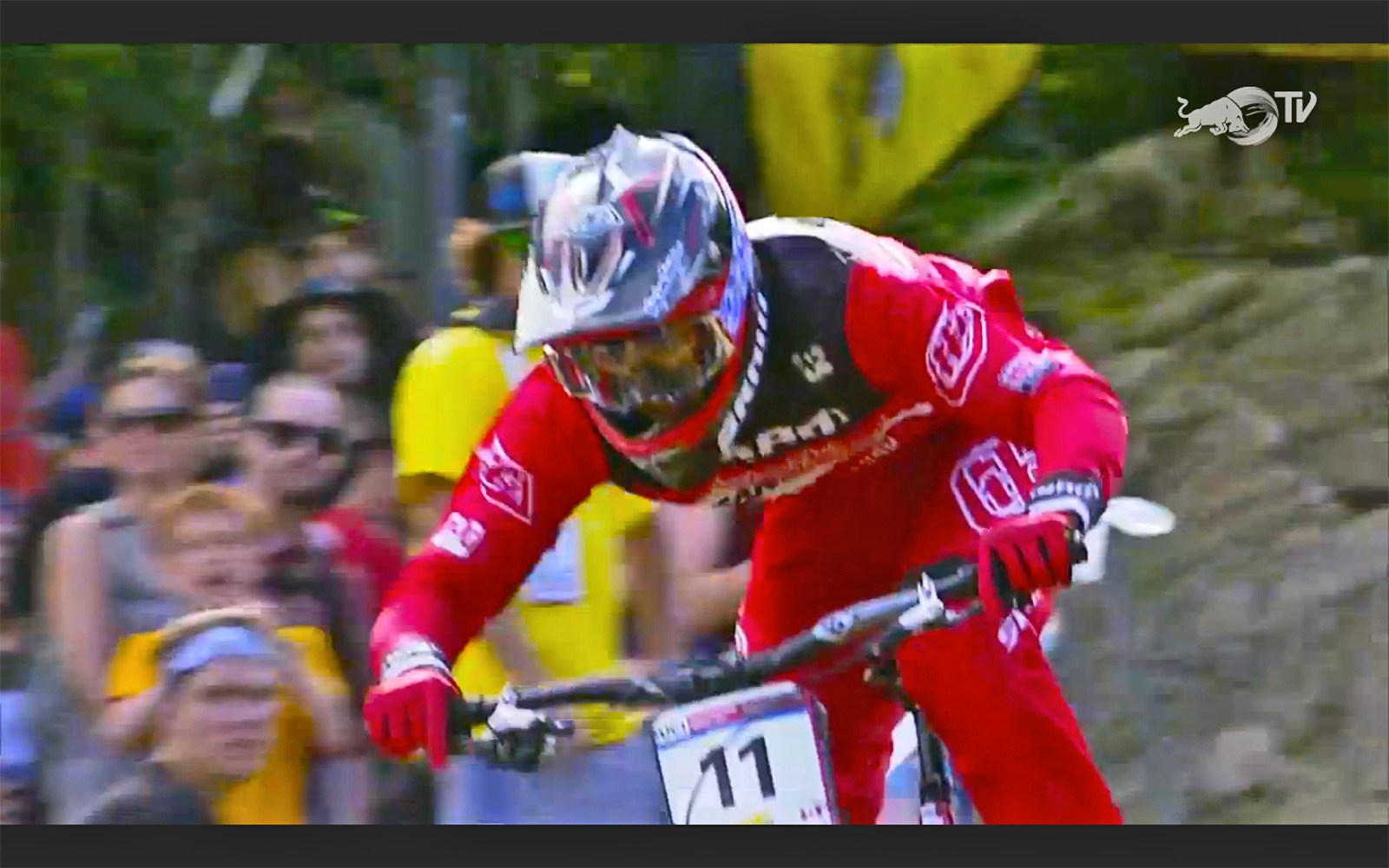 Danny Hart’s run looked like a winner as soon as he appeared on screen. While his bike seemed to skip around haphazardly, Danny’s body was quiet and in control. 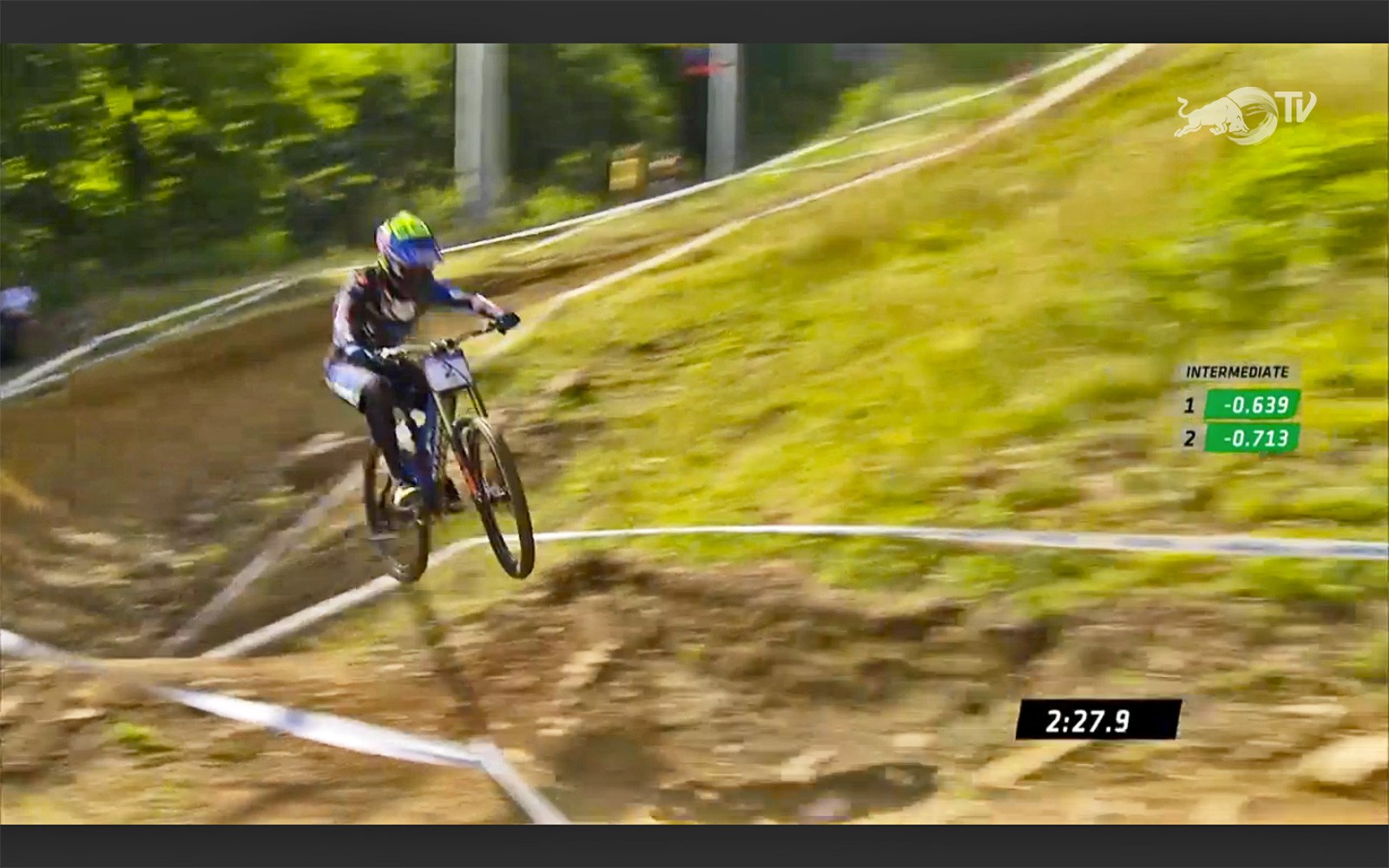 Danny’s long and frustrating doubt is over. And now he’s got a slim chance of winning the overall title. 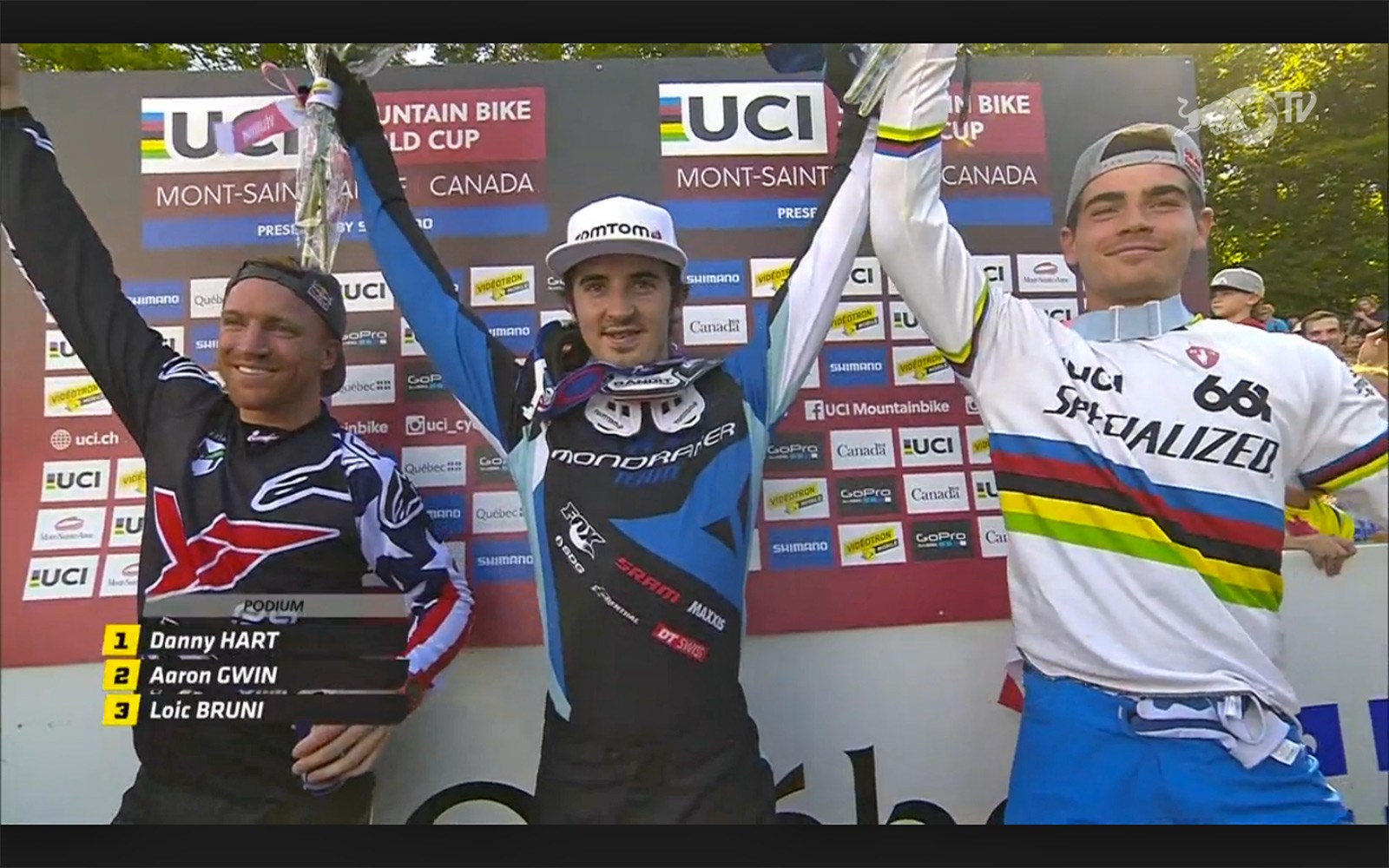 Happy guys on the podium. 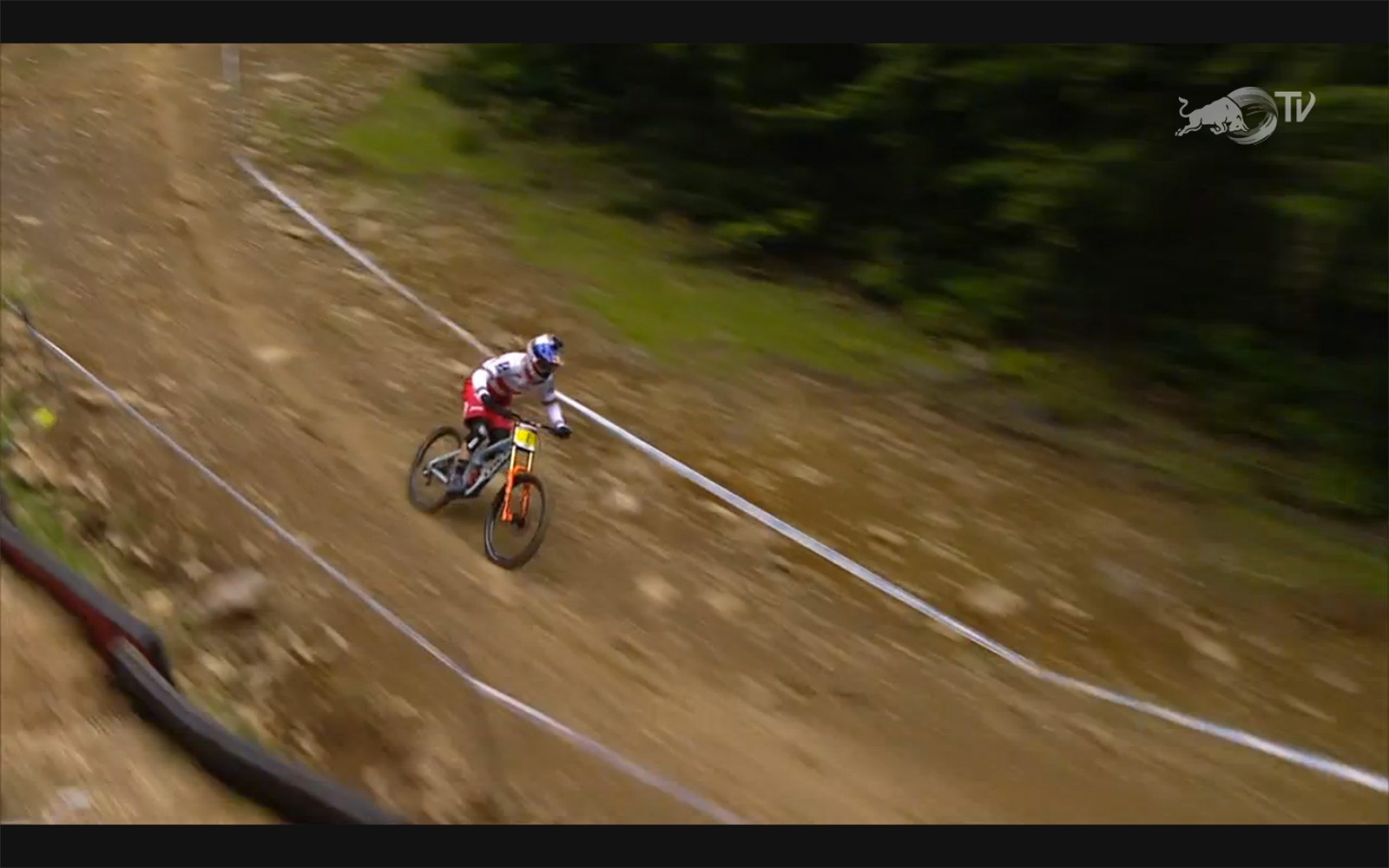 Rachel Atherton won her 12th in a row. Amazingly she went through the speedtrap at 73 km/h – which was faster than most of the men.

Finn Iles lost a heartbreaker to Gaeten Vige by just 31 thousandths of a second. Miranda Miller from Squamish B.C. continued her strong season with a 5th place finish. 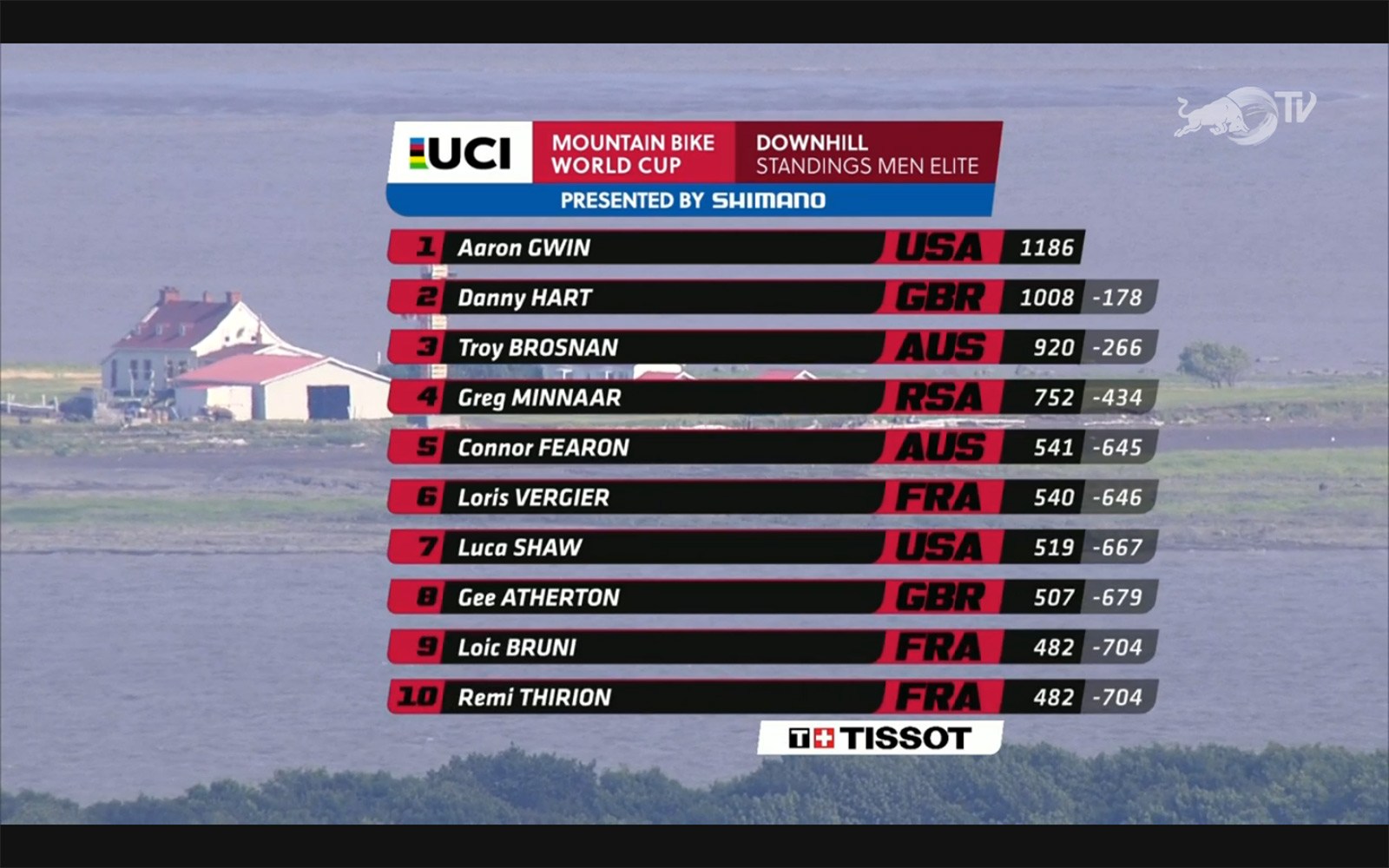 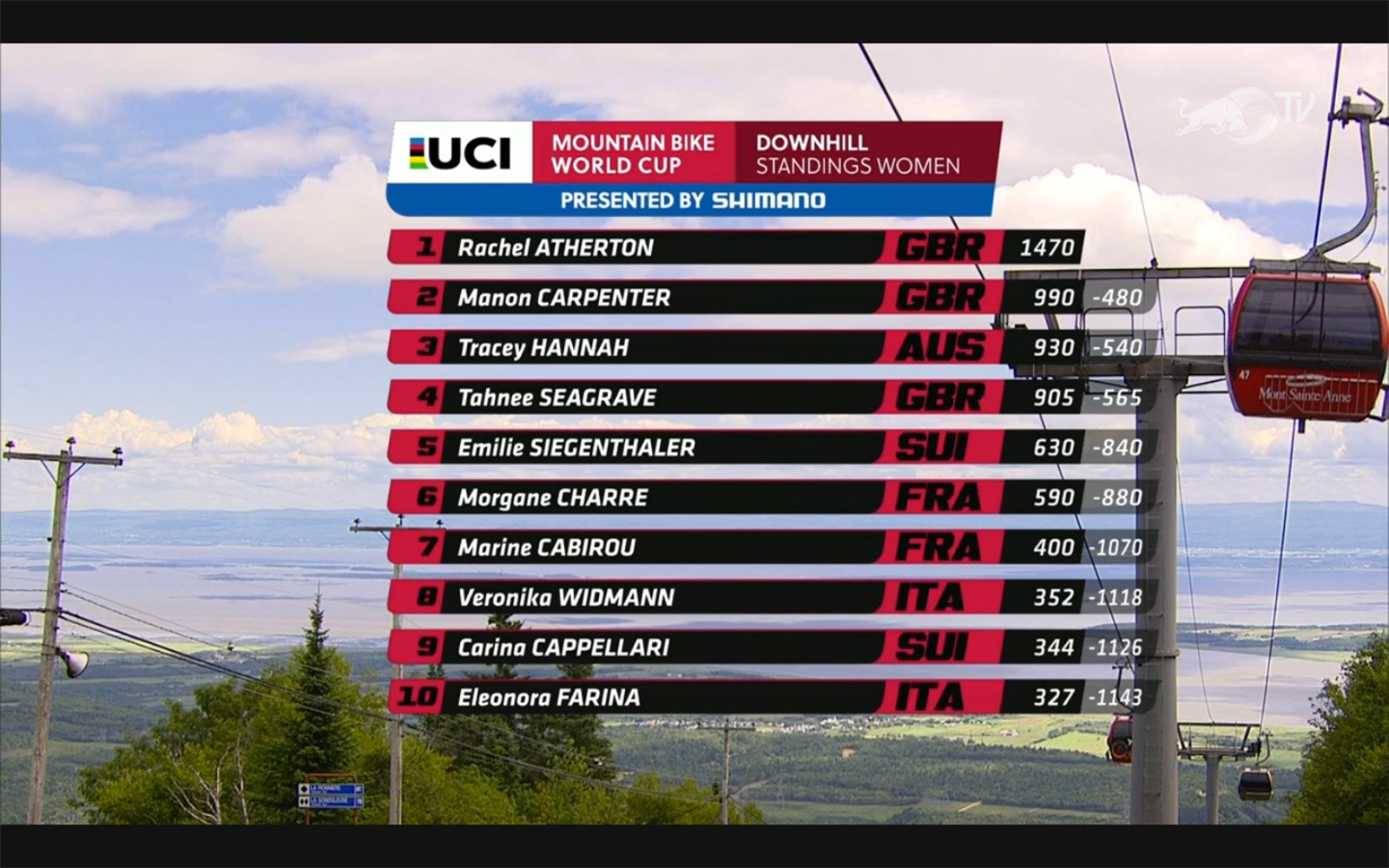 Rachel Atherton has wrapped up the series with one round to go – after winning every race.

What are the odds of Danny taking the overall over Gwin?

Three Kiwis in the top ten!! Superb effort fellas….and great to see Danny back up there after so long