It was another wet one in Maribor this week coming off an already soaking wet World Champs in Leogang this past weekend. Unfortunately for Reece Wilson, the curse of the Rainbow Stripes reached out once again, as he took a massive tumble during training, and opted not to race in the final. In the end, it would be a French three-peat on the podium with Loris Vergier, Remi Thirion and Thibaut Daprela claiming first, second and third respectively.

On the Elite Women's side, Marine Caribou and Myriam Nicole would continue the French domination of the podium grabbing top spot and second, while Tracey Hannah was able to break the Tricolour stranglehold with a third place finish.

Check out all the results below, and stay tuned for post-race followup as it arrives. 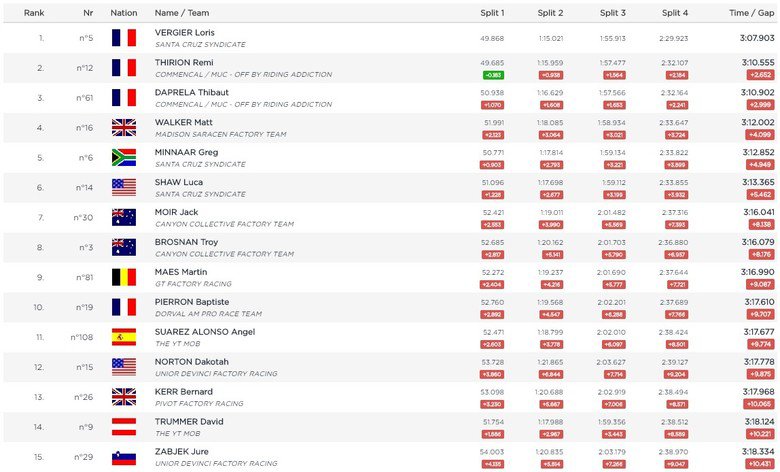 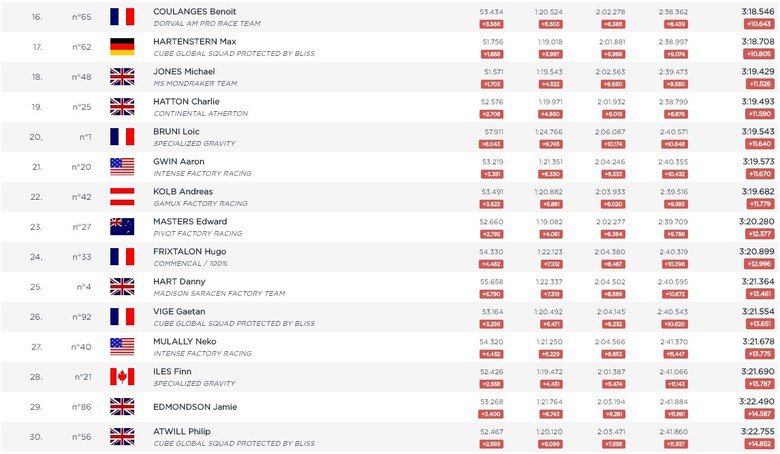 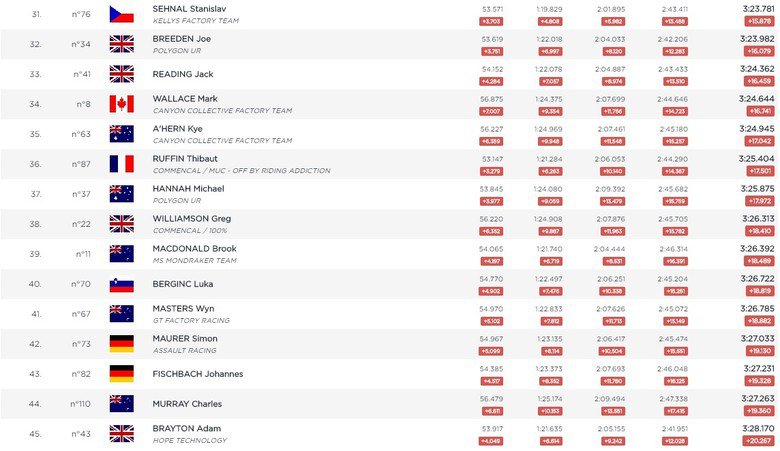 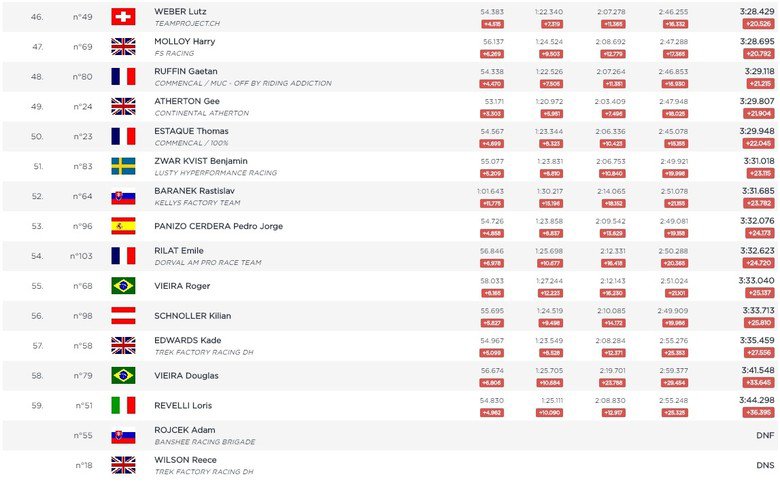 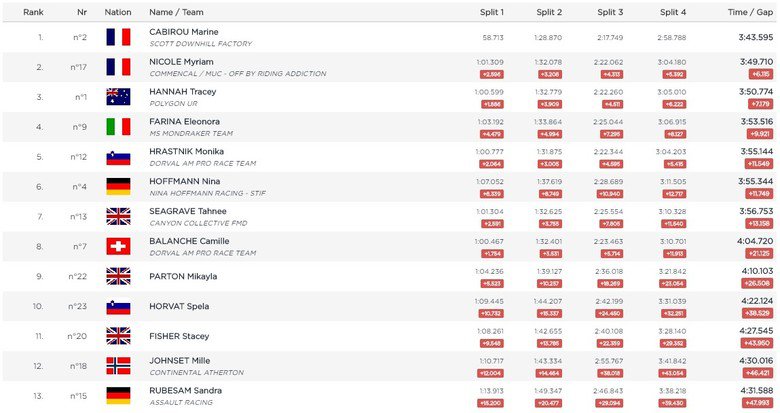 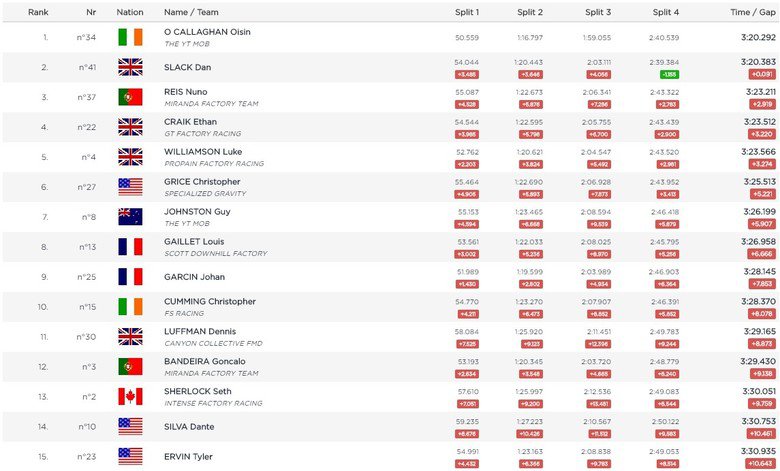