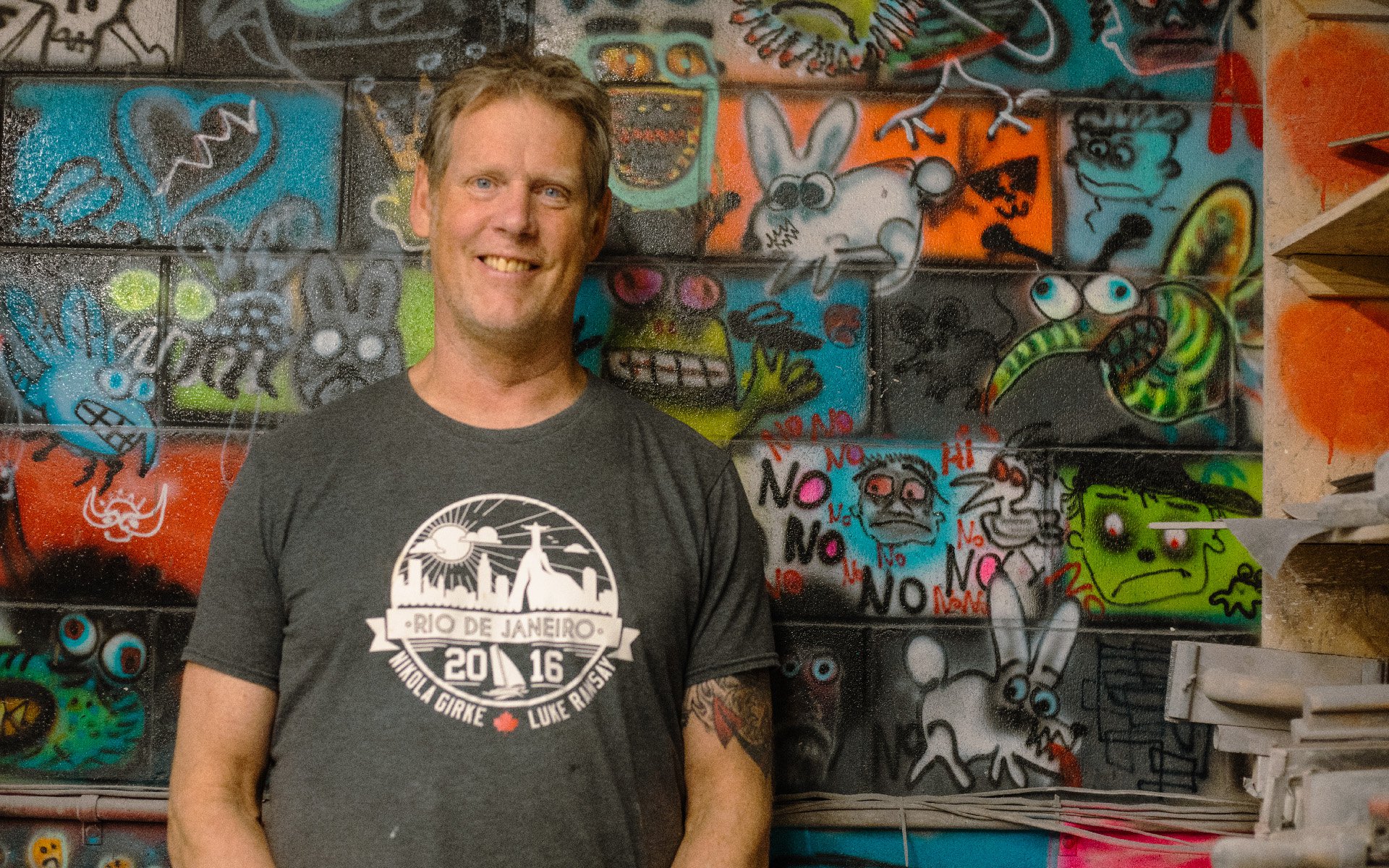 Our Makers Video Series, which focuses on companies and individuals who are manufacturing products for mountain biking right here in. British Columbia was forced to take a long COVID hiatus while B.C. was in lockdown mode so it's great to be able to relaunch with the story of Rob Mulder and Roberts Composites.

While Carbon is a high tech material, Roberts Composites is a hands-on old school operation. So much so that I was surprised when I learned they have a website. The shop is filled with pieces of cars, sailboats, industrial equipment, wind sport boards of every description, and bike frames; lots of bike frames. Some of these products are new, some are old, all have something in common; they are made of carbon fibre. When Rob and his colleague Torsten aren't building boards for windsurfing or kiting or even wing-surfing, they are fixing stuff. Maybe huge masts from sailing boats racing around the world or a new wing for a race-car; you name it, they have fixed it or built it. And recently repairing expensive carbon fibre bike frames - both road and mountain - has become an important part of their business. 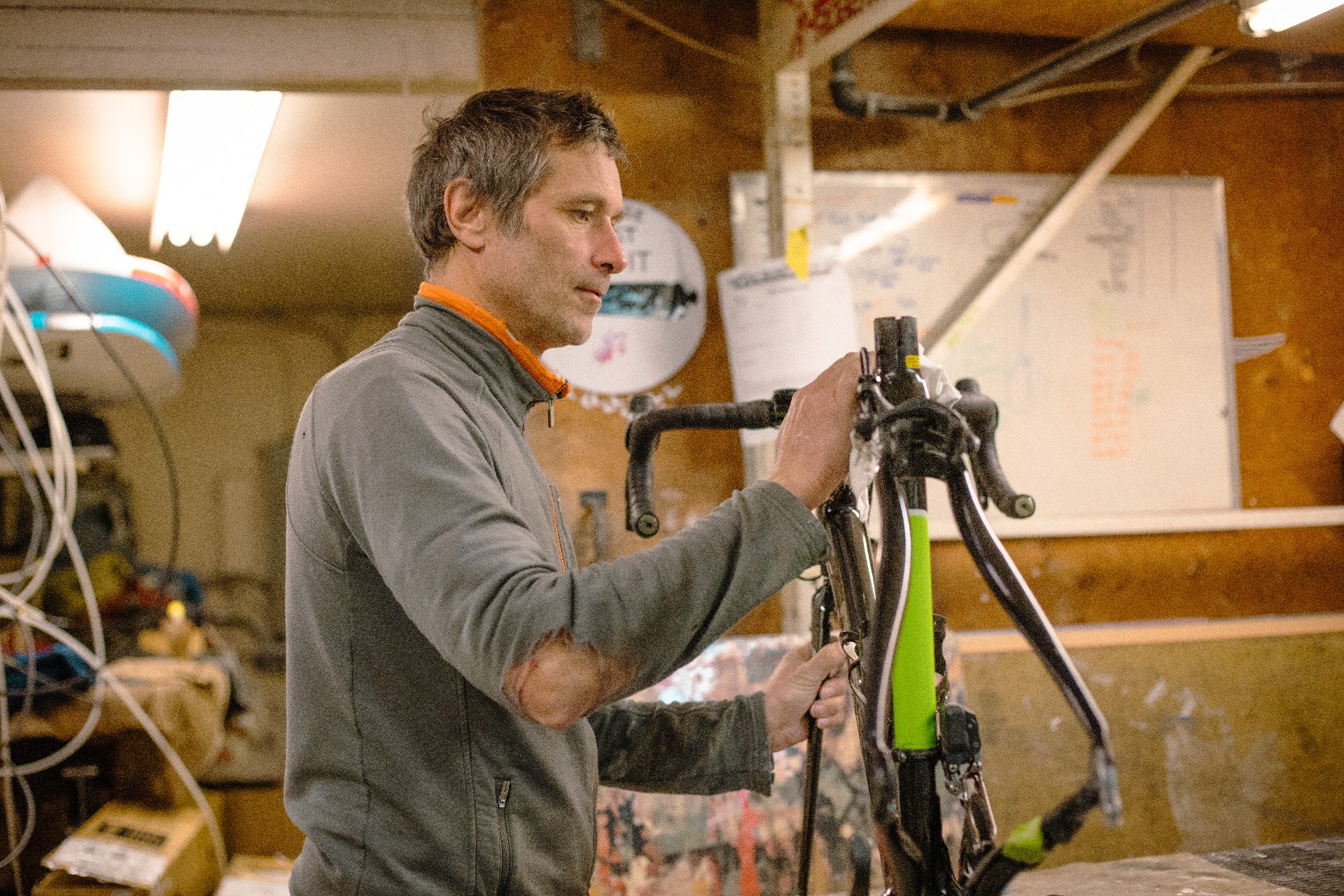 Rob Mulder and his wingman Torsten Tabel (above) do an incredible amount of work in the winter season, so they can book off and chase the wind once it gets warmer.

The magic they perform with bikes is truly incredible. They don't promise it will look brand new because some times paint matching is tricky, but every example I have seen looks remarkable; in fact it's often impossible to see where the break was. Frames sometimes arrive in multiple pieces, crunched, or worn through completely but Rob is quick to say; "we can fix anything!" More remarkable still is that, despite their entire customer base being known bike breakers, they have yet to have a single repair fail. Which makes you wonder if the bikes are actually better than new. 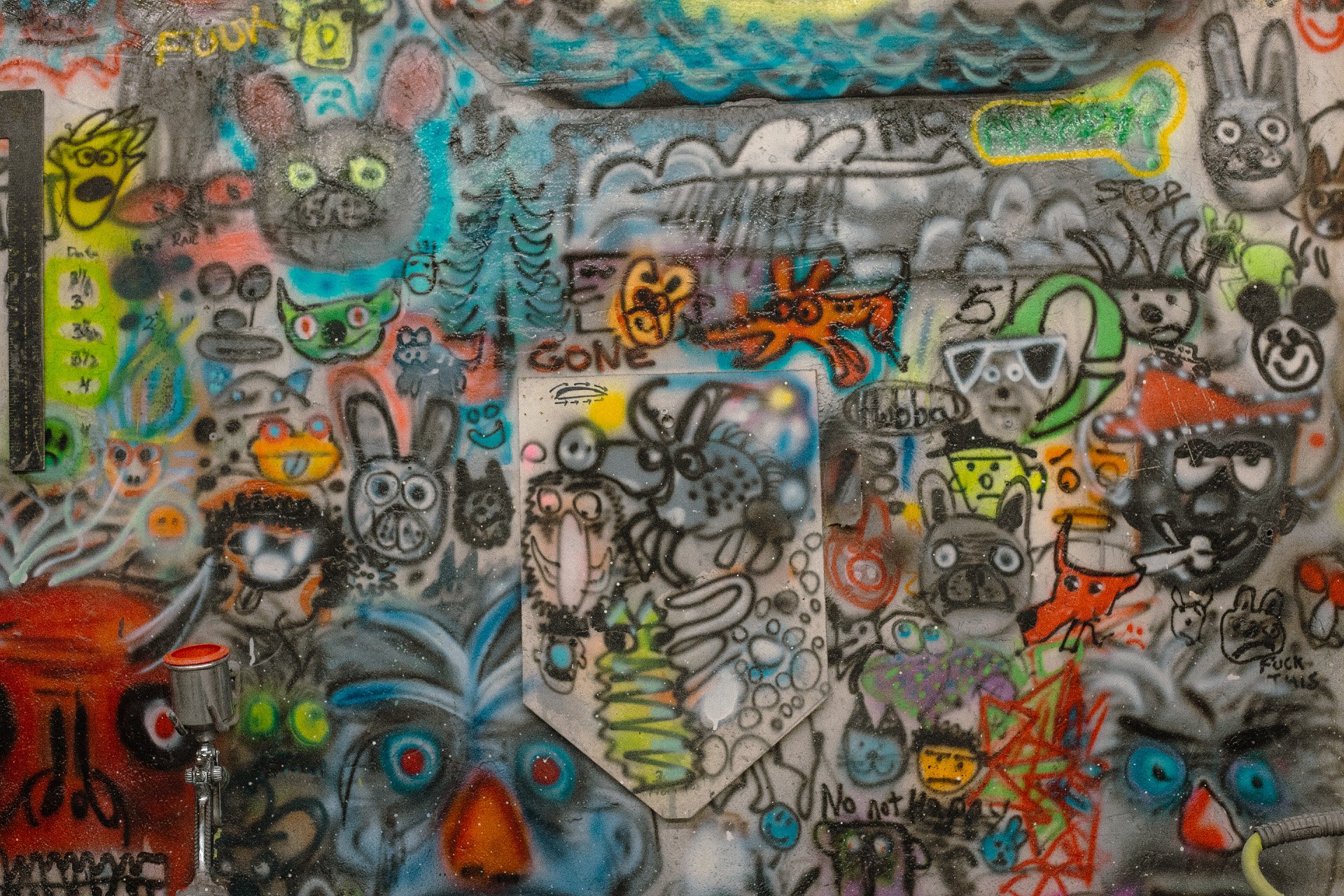 Rob's mad creative genius reputation is well earned. The walls are covered in graffiti and many of the images tell stories

They do great stuff, but Rob is half the story. He's a big lumbering man with a quick laugh and a generous spirit. It takes about five minutes to feel like you've known him your whole life. And he's excited about all the stuff he's doing - and whatever you happen to be doing. He's a genuine salt of the earth character who just happens to make things out of carbon. 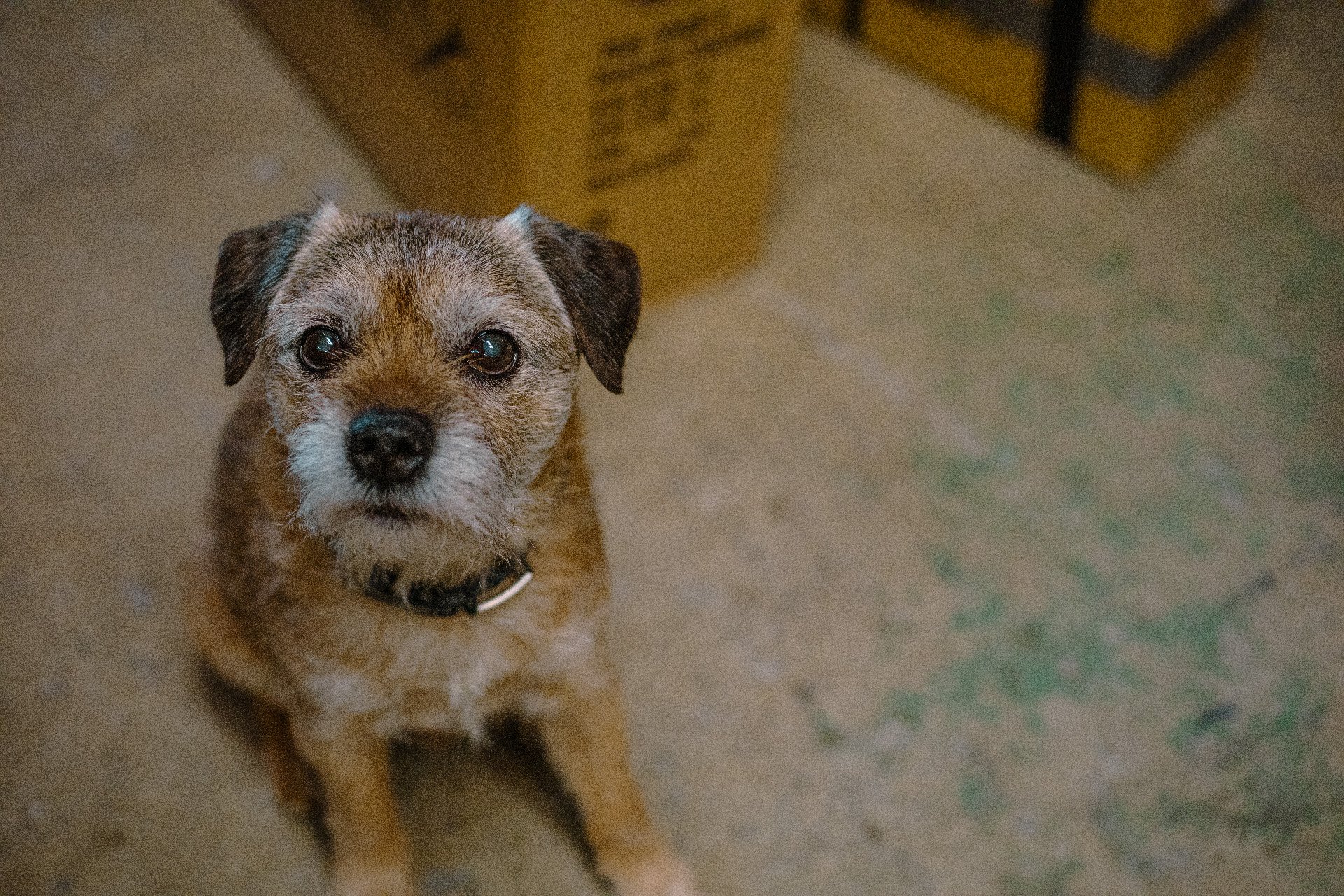 Otter, Rob's Border Terrier, is the star of the operation.

Talking to Rob you get the impression that he's used the better part of nine lives already, and that he probably has another 9 in reserve. One of the many stories he's told me illustrates that. 25 years ago Rob was out in a big wind off Spanish Banks here in Vancouver, windsurfing alone. He jumped a wave and wiped out hard. "I thought my board was broken because of the loud snap but then I noticed a couple of extra knees in my leg, below my knee." Rob had snapped his tibia and fibula in six places. Unable to stand, he did a body drag back to Jericho Beach, keeping his body in the water and holding up his sail. It took him two and a half hours and by the time Rob made it to the beach he was suffering from severe hypothermia.

"I was feeling so hot I had taken off my wetsuit," he told me. The paramedics told him he had about 15 minutes left to live at that point and that he was very lucky to be alive. Rob was sedated and surgery was performed; "They knocked me out and when I woke up and I was warm and my leg was in traction after surgery. It was awesome!" 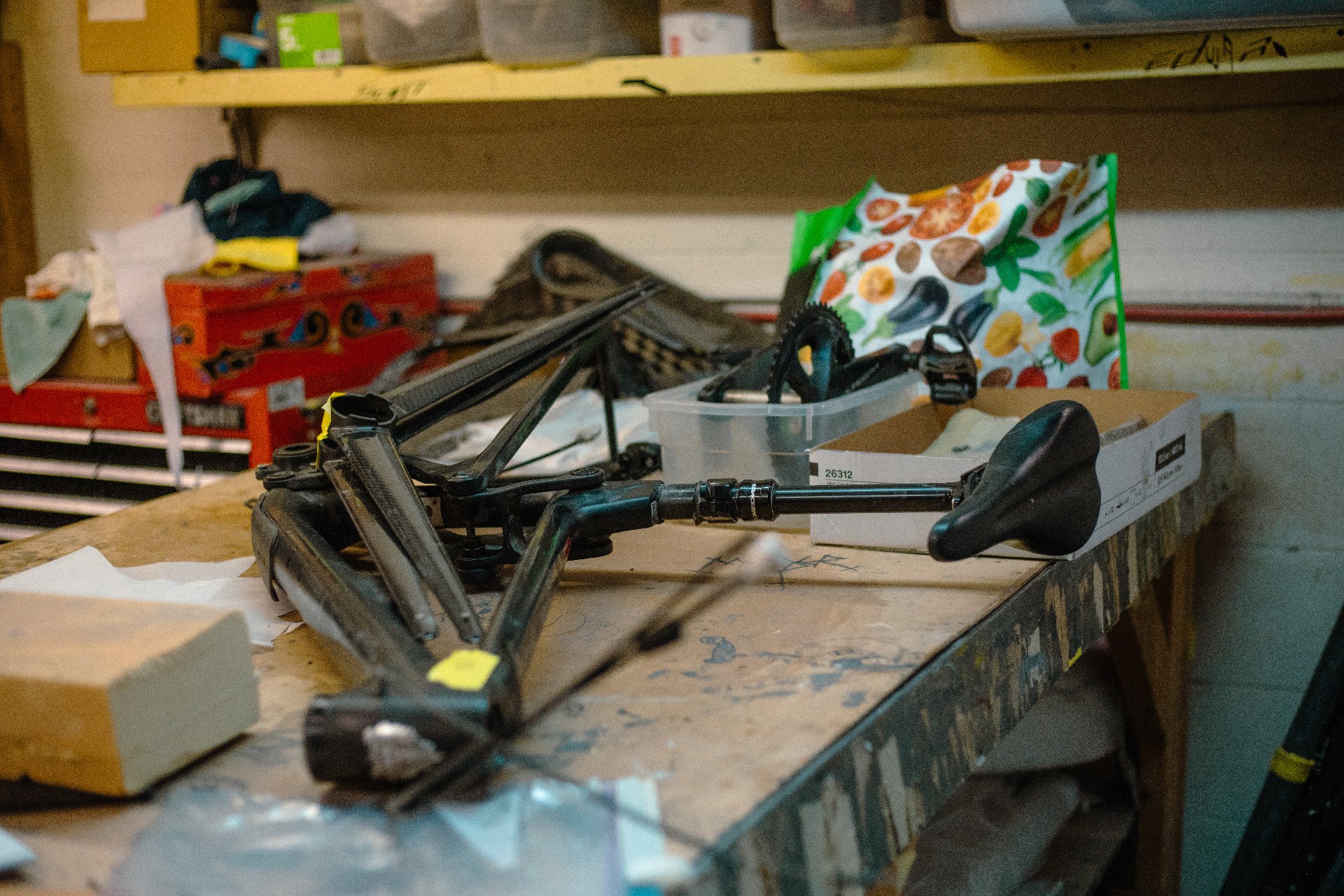 Rob and Torsten can rebuild it! 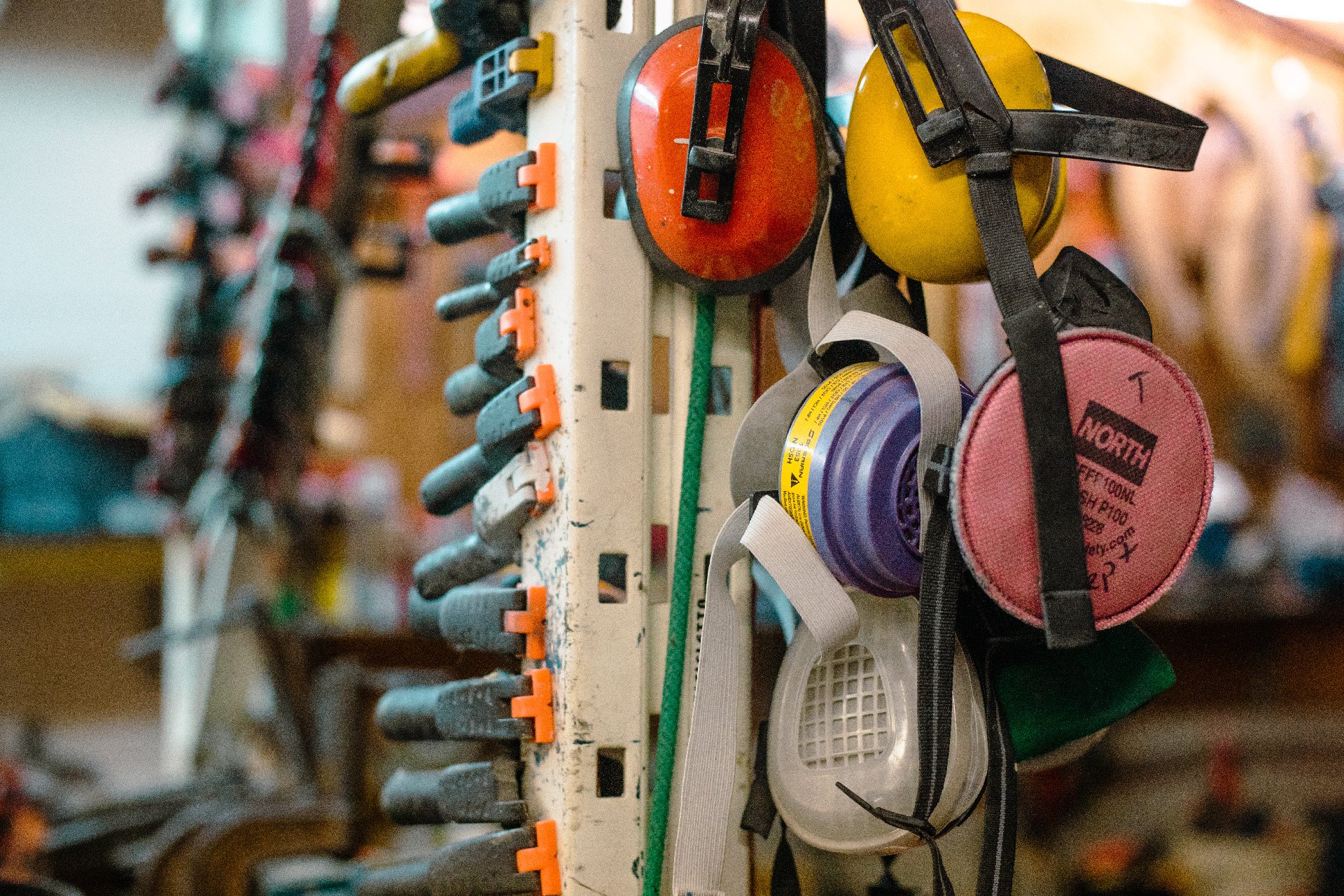 Painting, cutting, clamping, vaccuum sealing... everything for the process of building structures out of carbon fibre is strewn around the shop.

The projects Rob and Torsten create and fix are truly inspiring and I've gotten in the habit of stopping by Roberts Composites headquarters with beers in hand to absorb the stoke and creativity, and to hear more of Rob's stories. It's always worth the trip.

Check out the rest of the MAKERS Series:

Article has a Border Terrier mentioned (and a photo) =  best article ever written in mountain biking history.

I had a Border when I was growing up. She was crazy with other dogs but they are an awesome breed!

great local service! rob patched up a couple cracks on my Lahar (after it tumbled down the highway off an unsecured rack) a bunch of years ago. it's a shame carbon repair isn't more prevalent - esp. given the non-recyclability of the material. i'm sure manufacturers are wary of repair from a liability standpoint (warranty frames are destroyed), but heaps of frames could be viably fixed & saved from landfill.

I saw a Lahar in the wild yesterday. One of the boomerang looking hardtails, zooming down the road in commuter guise.

Just seeing one in use made me feel warm and fuzzy.

crazy. what part of the world? didn't think any of those ventured outside of NZ

I don't know if they did. I'm in Wellington.

Good stuff. One of the appeals of carbon bikes for me is the repairability of them - lifetime product if you want. I've had a handful of alum bikes die at 4-5 years due to fatigue at several welds. Unless of course they're a 12lb frame, then alum tends to last.

If I repaired my current trail bike, I'd maybe have them leave the patch clear coated. Show off those war wounds!

I had no idea, this is so cool. Makes me want to search out a cracked bike and send it to them.

These guys have saved my bacon and so lucky to have them close by....  would like to hear more stories.

Rob saved my beloved Santa Cruz 5010 back in 2020 after I cracked the seat stay.  It's still running good as new, and it gets ridden hard daily on terrain that is well beyond what a 5010 was designed for.

Yep. Carbon is repairable, theoretically DIY even, and I would probably try it myself if needed. Aluminum is recyclable at least, but carbon, not so much yet. I’m happy enough with my current frame I would strongly favor repair if it ever comes to that.

I've referred work to several carbon repair places in Canada through the shop and seen the results. While I've never seen anyone's work brake at the repaired area, the quality of work Roberts puts out is incredible, the best we've seen. Recently, some of the paint work has left something to be desired if I'm honest, but as they're primarily a repair shop rather than an exclusive paint shop (I have some experience with automotive paint/bodywork - you are NOT paying for perfect paint when you pay Roberts - I'd expect that to double or triple the cost to get perfect blending, masking, and clear) it's quite excusable. Much better than dropping north of four freakin' grand for a new carbon frame these days. 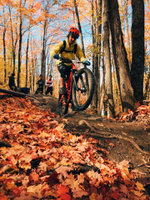 Awesome stuff. It's great to learn about these guys. Environmentally-friendly bike fixing - what a likable thing. Plus the wind surfing stuff is rad.

That was good to watch as I've seen a few of their repairs over the years but never seen the operation or people behind it.

I wonder if they will do a bulk discount on the pile of dead carbon rims at our shop :D

Rob fixed a tubular rim brake rim for someone I know. It was on a cross bike. Worked well enough to get him through the season. I see no reason why a rim could not be repaired as well but there may be other factors like wheel balance if the repaired spot is heavier.

Rob is a true character and artisan.  In his day, Rob would crush many a mortal in events like the Test of Metal, all with a big grin on his face.

Just out of curiosity, does anyone know what carbon repair typically costs? For example the frame at 3:04 or the road one at 3:13?

And there I was thinking carbon is material that can more often than not fixed without any residual weakness, when necessary even improve upon manufacturers mistakes. https://www.facebook.com/carbonfactory.sk 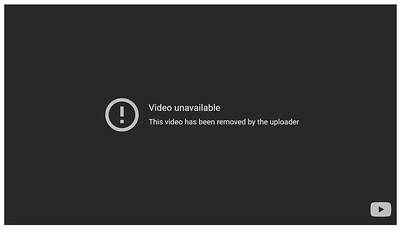 FYI the video link is broken for me. I tried a couple browsers.

Fixed now. I blame gremlins. Thanks for the heads up Vik1