The Light and Motion Stella 500 and Cygolite TridenX appeared on my doorstep just as winter was about to put an end to my post-work ride routine. The Stella 500 puts out 500 lumens (who woulda guessed it?) from a single LED into a package about the size of an egg, and draws power from an external 2-cell Lithium Ion battery. Burn time is about 2.75 hours on high, stretching to 6 hours on the mid setting, and 12 hours on low. There are a number of mounts available for the light, and I opted for the bar option as I prefer to have a brighter light on my head. The bar mount consists of a simple rubber band with regularly spaced holes, and a post to secure the band. Stretch the band around your bar until taut, slip it over the post, and you’re good to go. 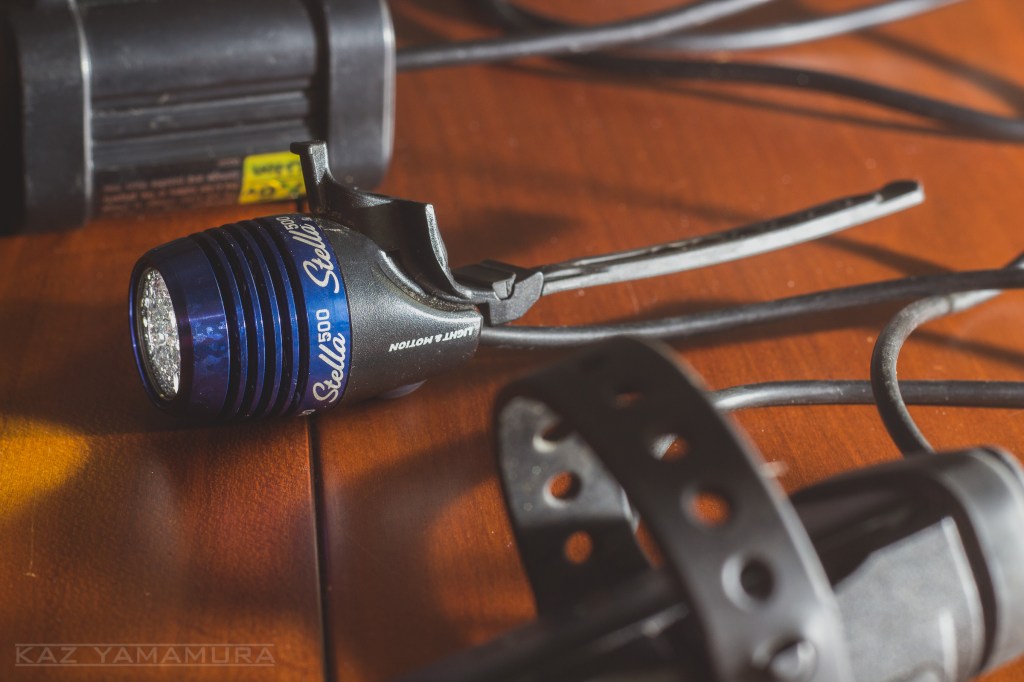 The Stella 500 comes in any colour you want, so long as it’s anodized blue. The rings double as heat sinks, so like a stovetop element, don’t touch it when it’s turned on.

Said brighter light was the Cygolite TridenX. Rated at 1300 lumens delivered via 3 LEDs, the TridenX will burn on high for just over 4 hours, jumping to about 24 hours on low. Juice comes from an external 4-cell Lithium Ion battery pack. Mounted to my helmet, it would be my main source of light for night missions. The helmet mount is a long loop of velcro material, and requires feeding through at least two vents to come back on itself. Setup is simple, but it may take a few tries to get it snugged down properly. 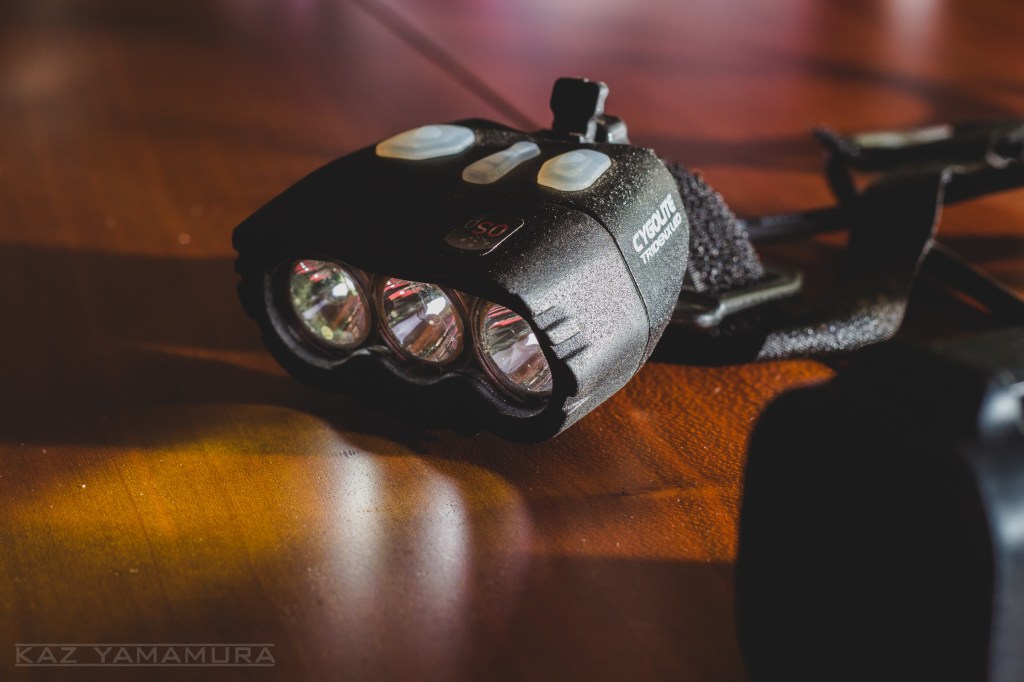 The Cygolite TridenX has two separate modes for either riding or walking, and is controlled by the button on the right. Battery/brightness indicator is in the middle, and the power/brightness adjust is on the left.

After a battery charge (2.5 hours for the Stella, 5 hours for the TridenX) and waiting for the sun to set, it was time to see what the lights were capable of. Testing conditions were typically North Shore, namely soaking wet, cold, and dark at 4pm.

Selecting the different modes for both lights is a simple process. Just mash the button on the light body until the desired brightness is achieved, and then set off from there. I would typically just run the Stella in the lowest setting and have the TridenX turned off for my ride up to the trail head to conserve battery, and run both on low during the climbs. Jumping up into full power for the descents, the pair of lights were able to give me the confidence to ride at the same pace I would during the day, and projected out far enough that I was never outrunning my light. Those that ride in wide-open areas will definitely benefit from pointing the lights further ahead, but it would definitely be hard to outrun light itself (what with all that physics involved). 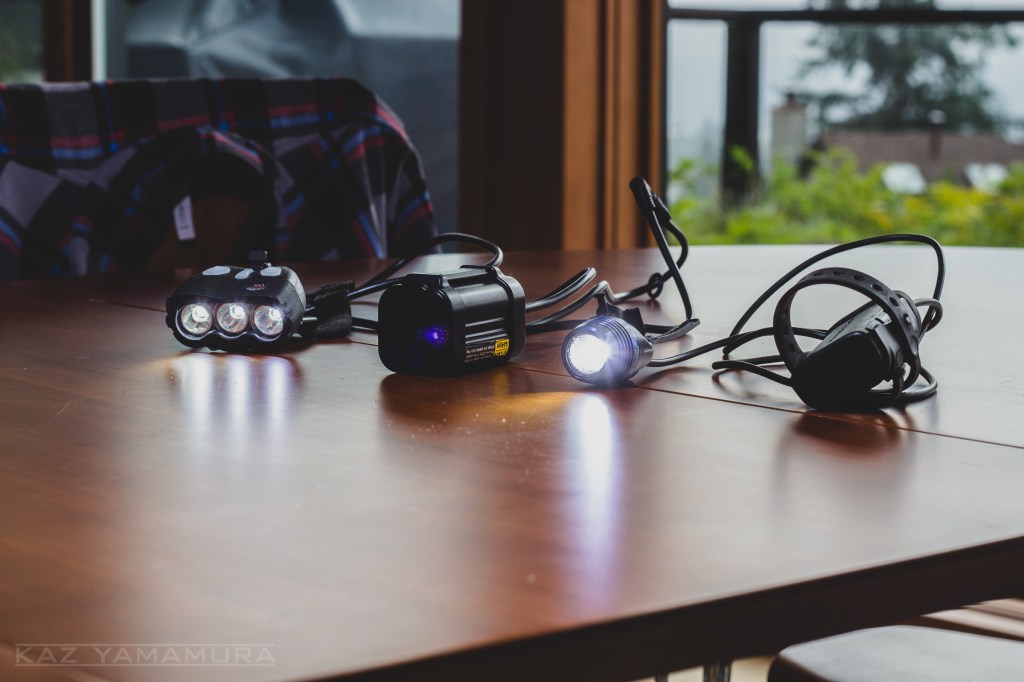 Powered on lights make for tough interior photos. The Stella’s battery pack strap makes for a quick install on the top or down tube of a bike, though the cord does require some careful coiling to keep it tucked away.

Burn time on the lights was bang-on what was listed on the box, with minimal cold weather effect on the batteries. Switching between low and high power modes definitely helps extend the burn time, and the Stella can be hooked to larger Light & Motion batteries for truly epic night rides. 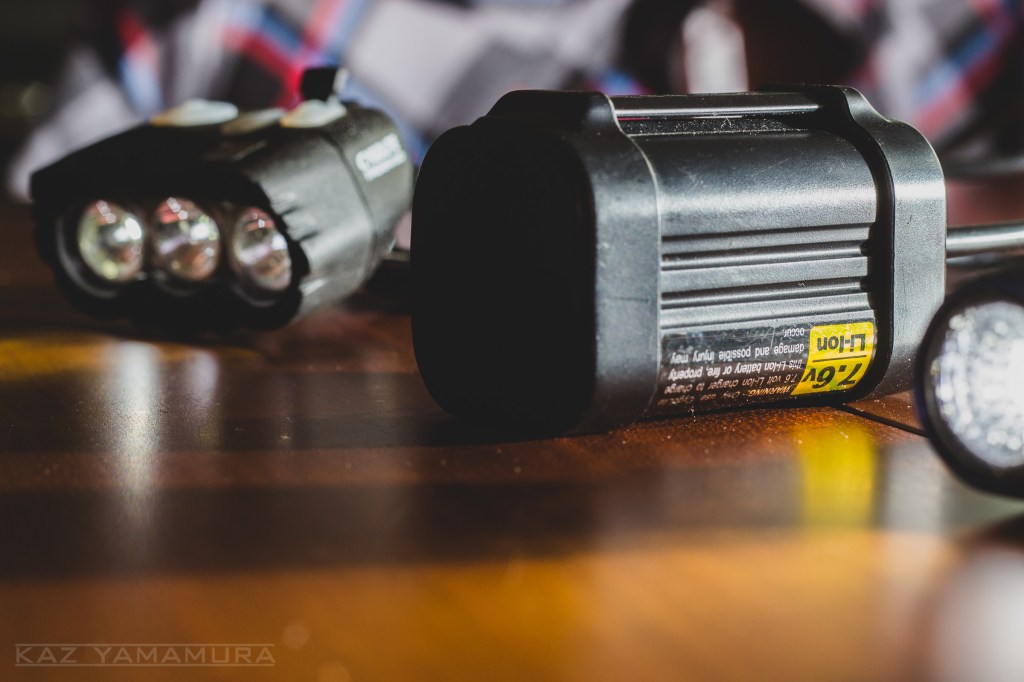 The TridenX battery pack sports a spot to feed a belt through, should you opt to ride pack-less. The whole thing is about the size and weight of a full pop can, and will also fit nicely in the centre pocket of an XC-style jersey.

Both lights feature a high level of water resistance and secure plugs with large rubber gaskets covering the connectors. That meant even on outings when the weather was truly ugly, I wasn’t concerned about shorts or water damage affecting my ride.

There are only two issues that I can point to in this setup. The first is the Stella’s bar mount, and the habit the mounting screw had of slowly working itself loose over several rides. It took all of 30 seconds to fix, and the addition of some blue loctite has solved the problem for good.

My other beef takes the form of the head mount for the TridenX. While the velcro strap system is secure, it would be infinitely nicer to be able to mount it directly to the GoPro style adapter that came with my helmet. It seems that the industry is slowly inching towards this standard as a helmet and body mount, and it would be great for Cygolite and other light manufacturers to take advantage of it. 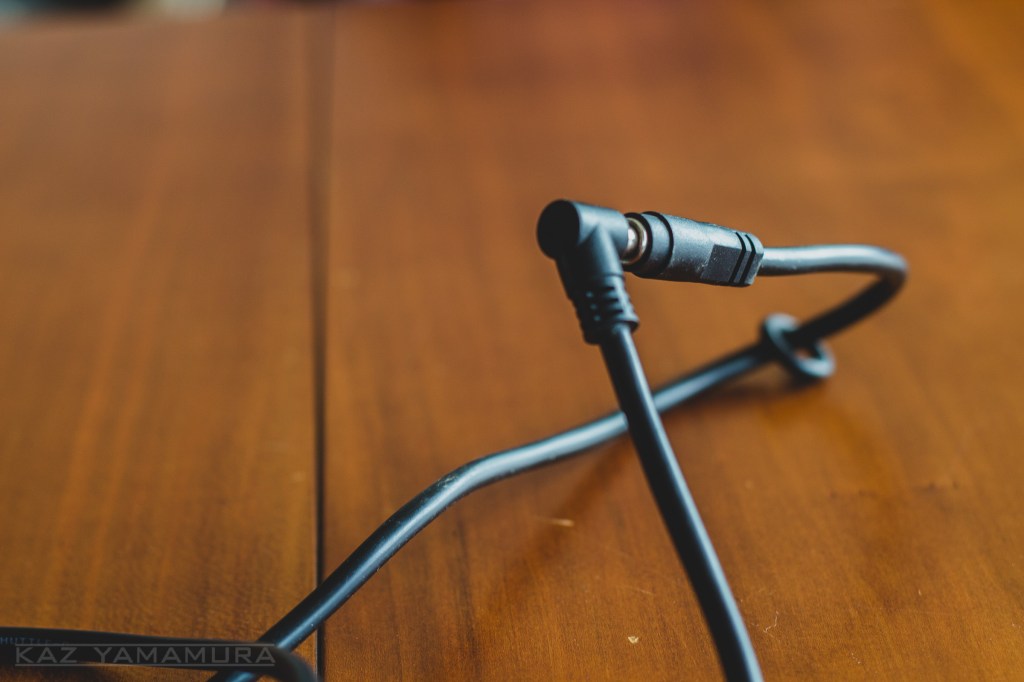 Overall, I’ve been impressed with the performance of both lights over the long haul. The batteries haven’t lost any significant charge capacity during heavy usage, and despite a number of crashes, structurally both lights sound. The mounts have seen some wear and tear, but are still going strong with a little tlc. While not the brightest lights on the market, they are more than enough to keep me pedalling through those dark winter months come rain or shine.

Riders who are looking to extend their riding season into the winter would be well-served by both the Stella 500 and the TridenX. The Stella retails for $200 CAD, and the TridenX for $269 CAD. Both are available from MEC, as well as most local bike shops.

The darkness is no longer an excuse to not ride. Who else will be taking to the woods this winter?

I just purchased a 1200 lumen bar light on Amazon for $20. I still have a niterider for my helmet but for $20 how could you pass up an extra 1200 lumens on the bar? The beam isn't great, but not terrible either.

FYI, it's been shown that the "1200 lumen" lights off ebay/amazon aren't actually 1200 lumens, safe guess is they're about half of what is advertised. But even if that's the case, 1/10th of the price is pretty hard to beat.

I think what you said is pretty accurate. My $20 1200 lumen Amazon light is only a little brighter than my 700 lumen NiteRider light. If I had to give a very unscientific guess I would say that maybe the NiteRider is 2/3rds as bright.

The era of cheap awesome chinese lights is certainly upon us. How many Magicshines can I buy for the price of my one Gemini Duo light?

Without lights i would be relagated to weekend warrior status with kids, family obligations etc. I run a Stella up top and a SECA on the bar. I get to ride all the time now…as long as its past 9pm! A must for any 9-5er mom and dad shredders out there. No more off season!!!