French rider Myriam Nicole produced a scintillating run to secure her first UCI Mountain Bike World Cup victory of the season, while compatriot Amaury Pierron continued his excellent form as he dominated the men’s event in Lenzerheide. Here is all you need to know:

On a hugely technical and demanding track in Switzerland, World Cup overall leader Camille Balanche was the overwhelming favourite after securing top spot during qualifying with a commanding performance. On race day it was returning rider Rachel Atherton who impressed early, producing a fantastic run in her first World Cup race since 2019. The five-time world champion showed little signs of rust after three years away and laid down an early marker. Vali Höll then moved into the lead with an error-free run down the tricky course, before Eleonora Farina moved into first place. Next up was European champion Monika Hrastnik who was clean through the first section but lost some time and was only able to move into second. Nicole was next up and was simply sensational as she produced a scintillating time, finishing almost nine seconds ahead of Farina. Balanche was the final rider and was able to improve on her top qualifying run but was unable to match the speed of Nicole, with the French rider securing her first win of the season after twice finishing second and once third. Nicole, 32, said: “Thanks to Cami, I really have to push my limits… so honestly, this feels really good. We are entering the second part of the season and it’s going to be a long one, so I really needed this win.”

In the men’s race, Canada’s Finn Illes put the new Specialized into top spot as he tamed an increasingly dusty course with a smooth run. Illes would hold on to the lead for quite some time, as rider after rider failed to threaten his time. Thibaut Daprela, Matt Walker and Andreas Kolb never looked like snatching first place and after Benoit Coulanges struggled with a flat, there were just two riders remaining. Dakotah Norton was over a second up on Illes at split three before crashing out, leaving Pierron as the only rider who could snatch the victory away from the Canadian. The French rider is known as one of the wildest riders at World Cups and produced something big just when he needed it, claiming victory by a massive 1.4 seconds. Pierron, 26, said: “I felt good all weekend, and when you feel good you just have to go for it. I’m just super stoked.” 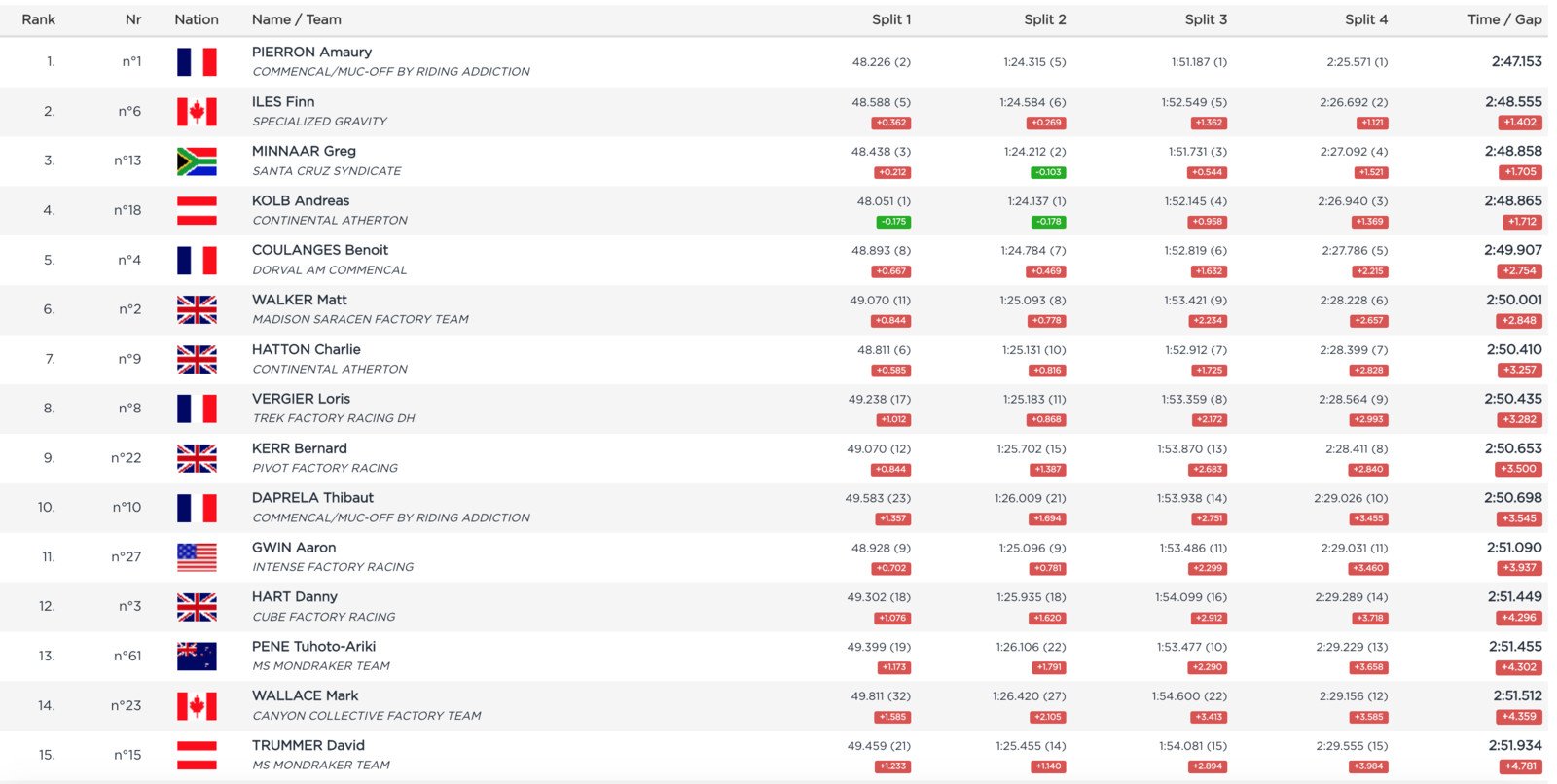 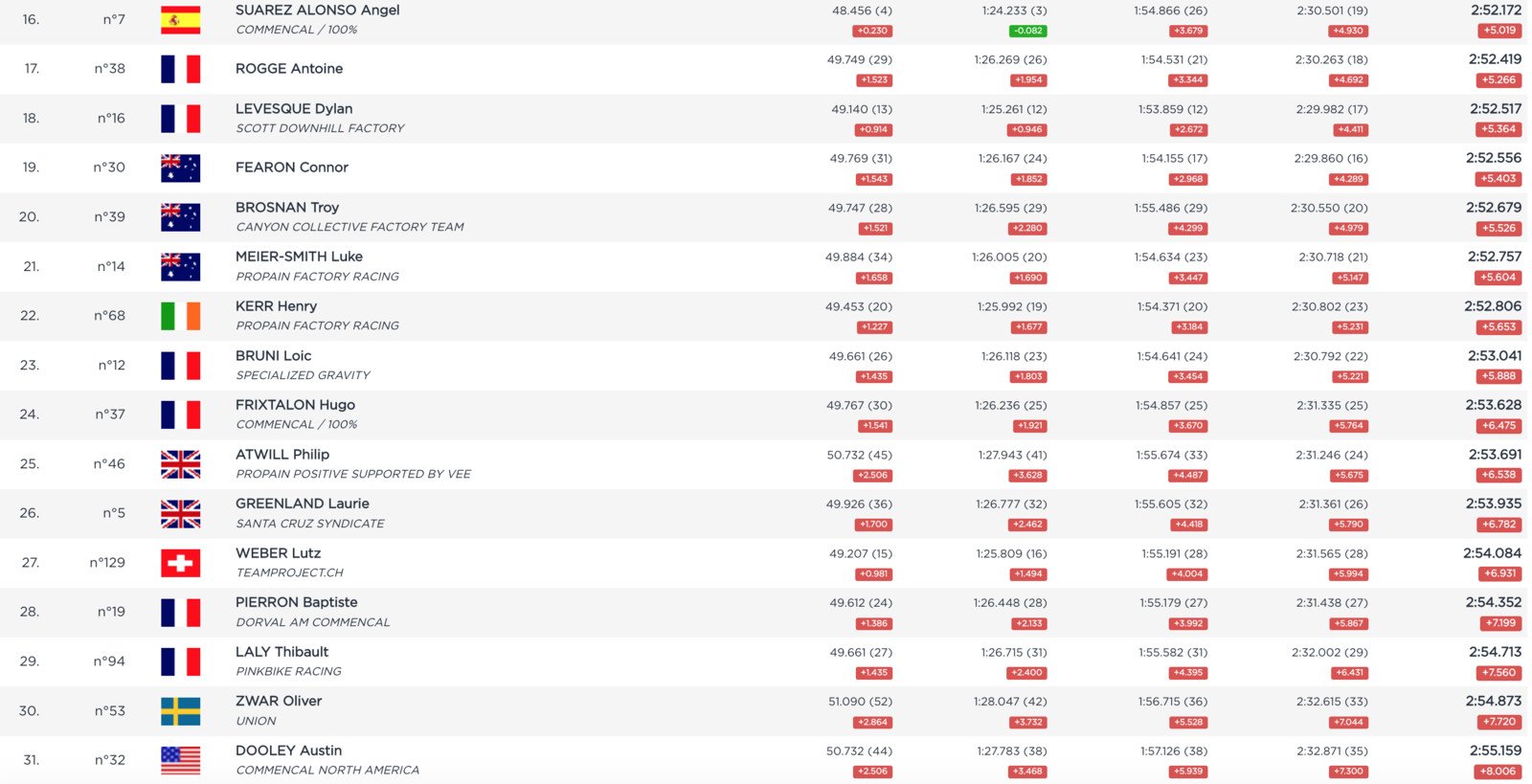 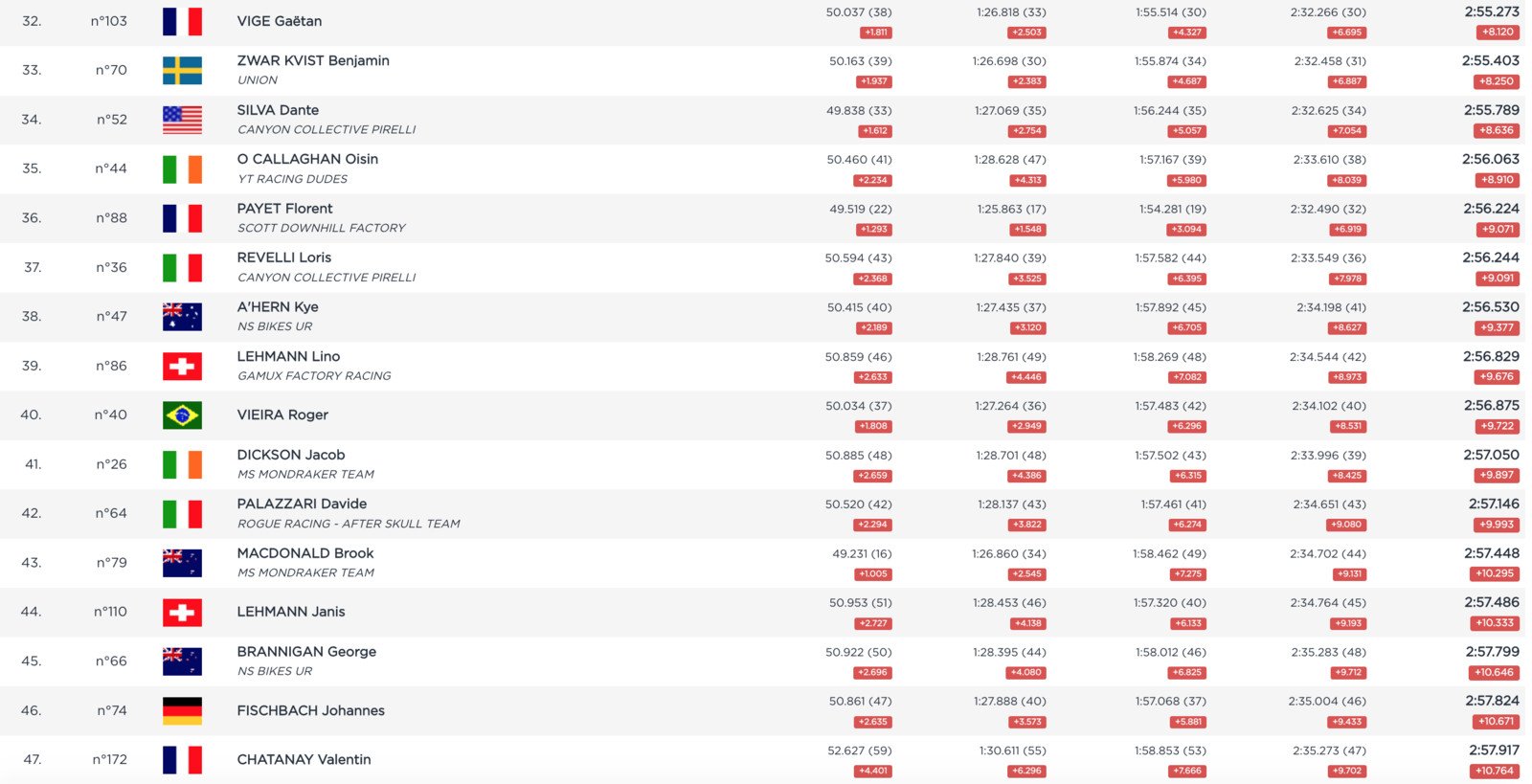 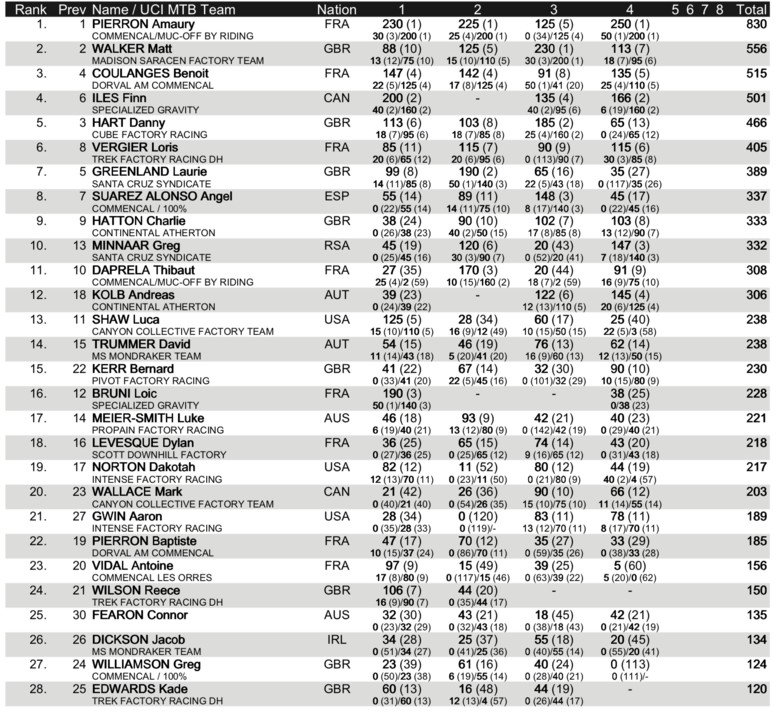 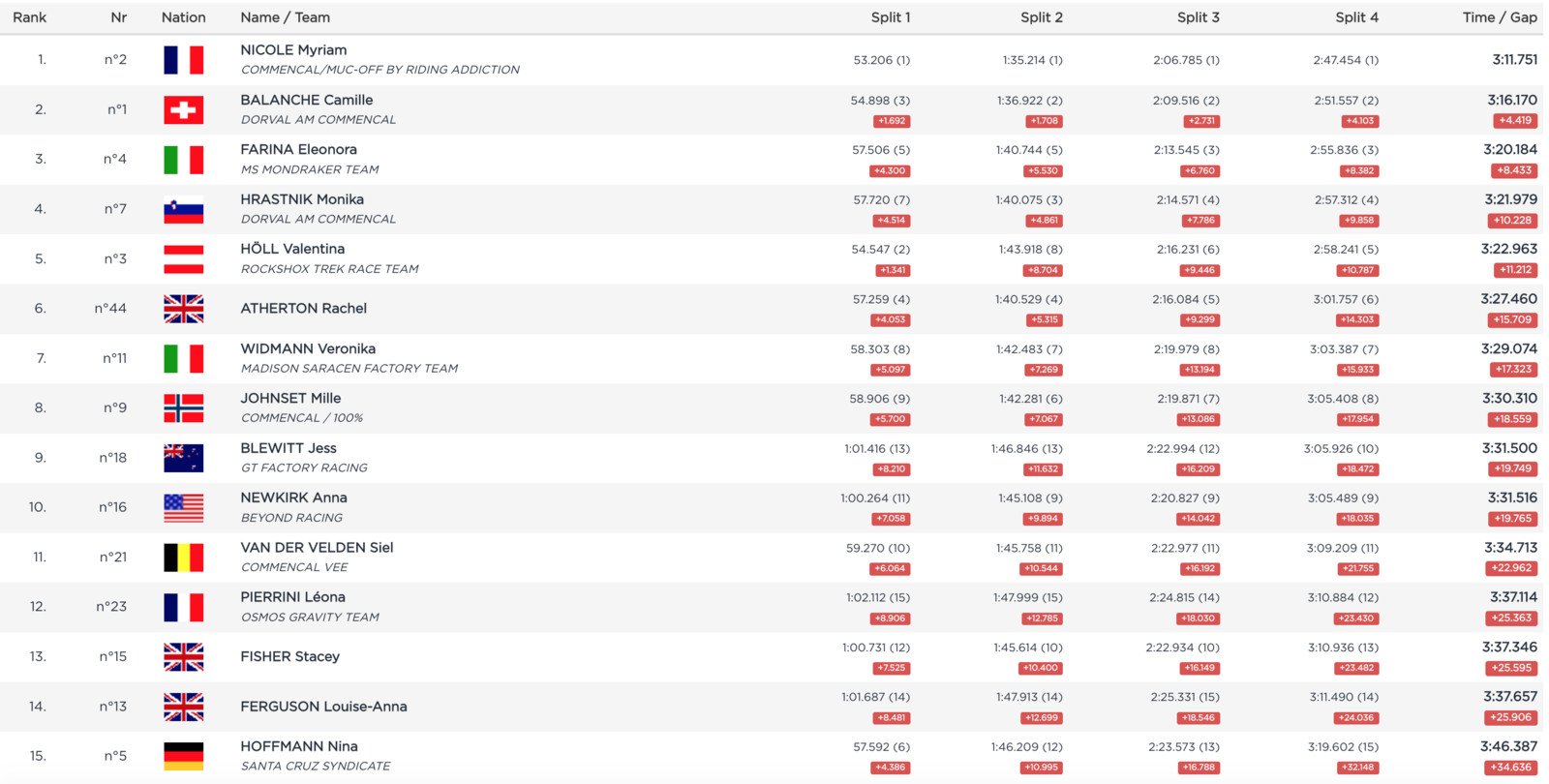 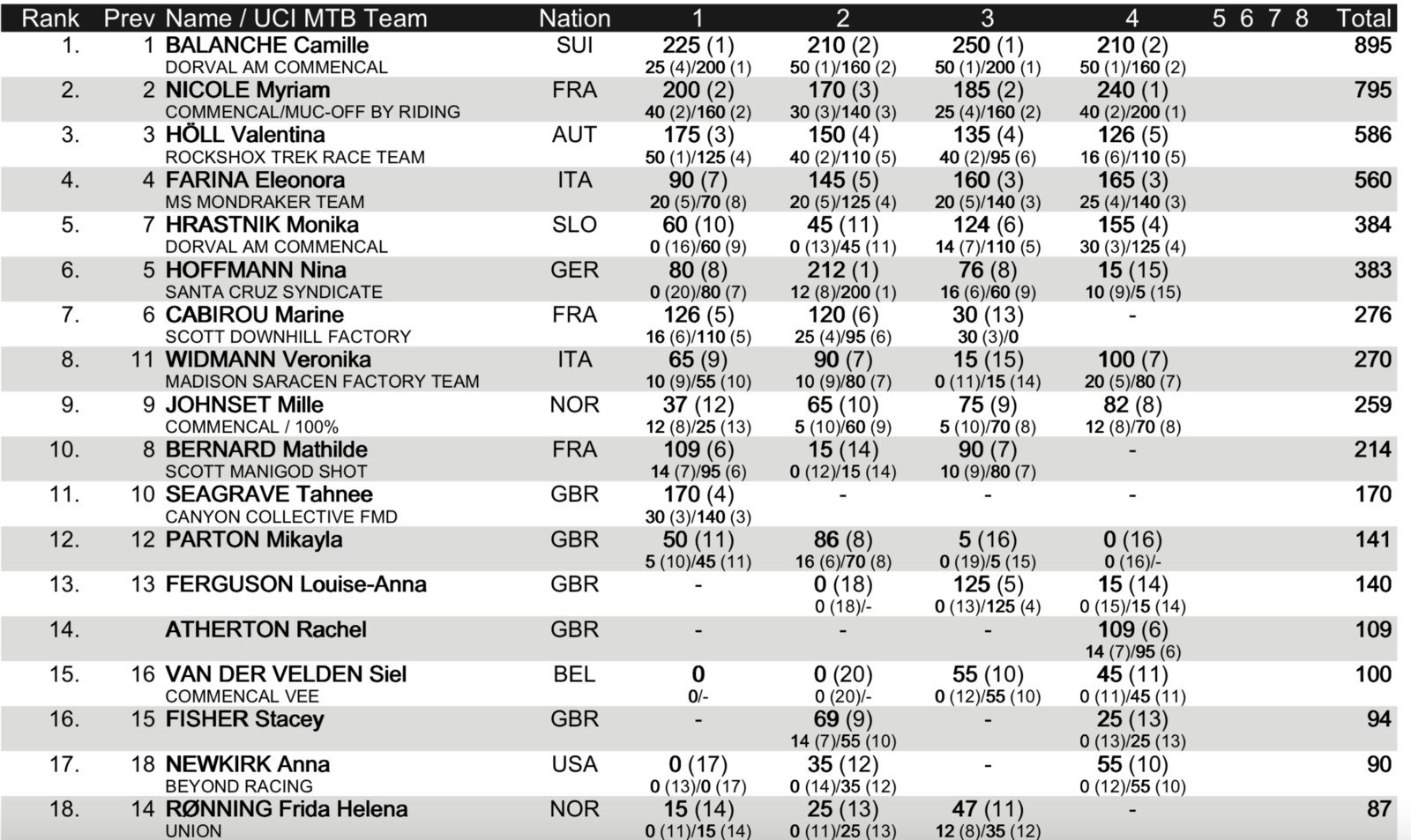 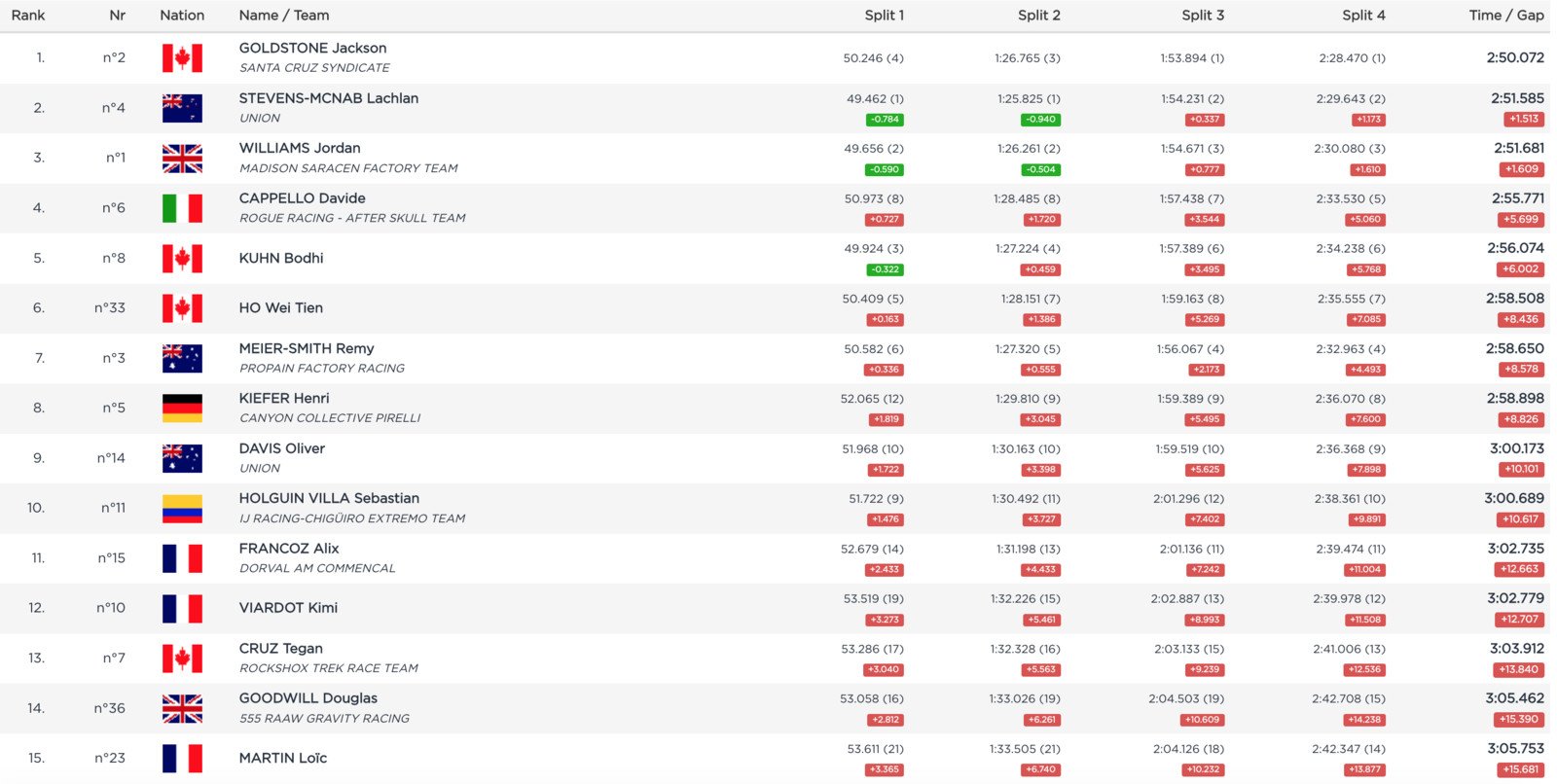 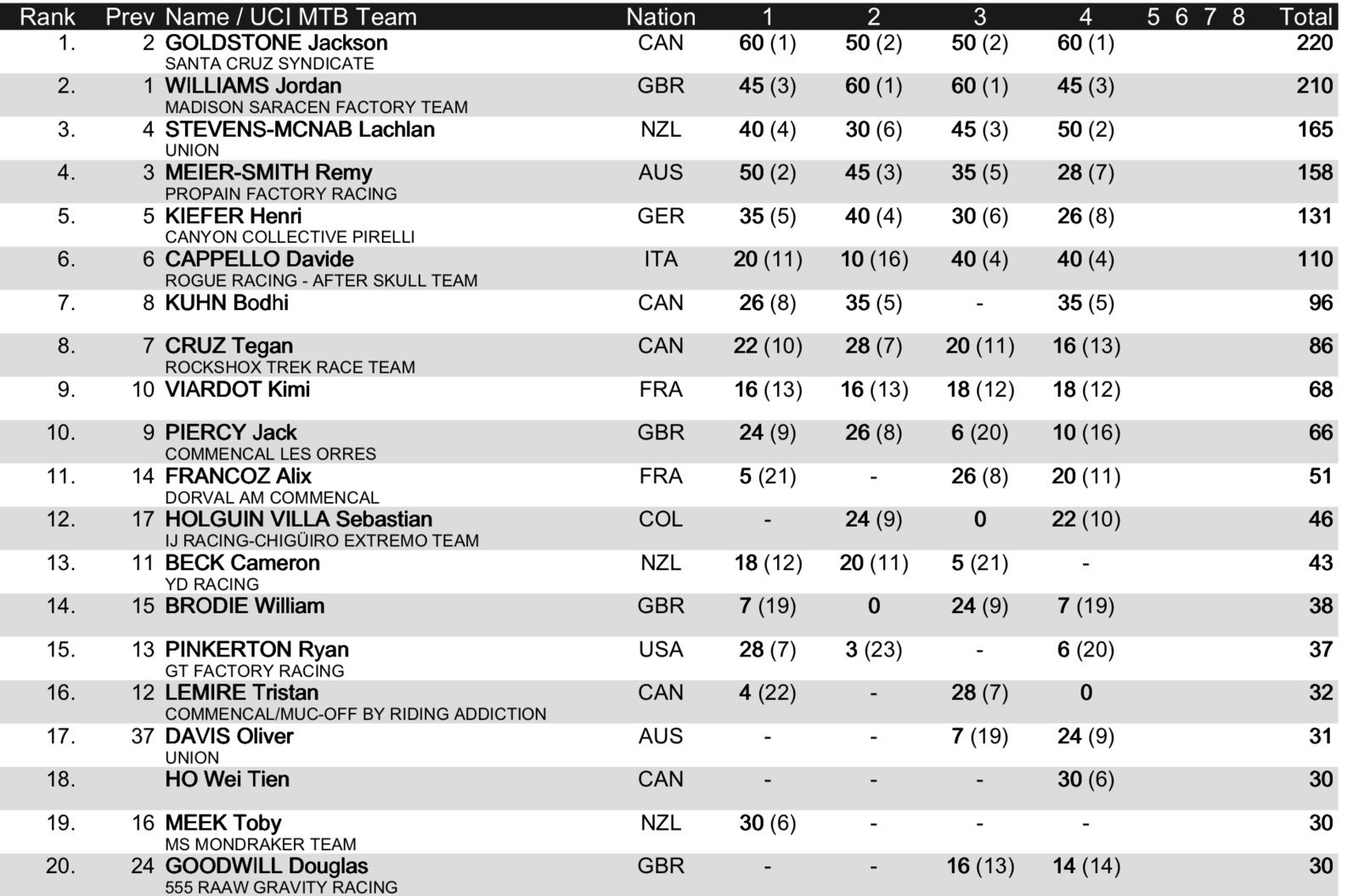 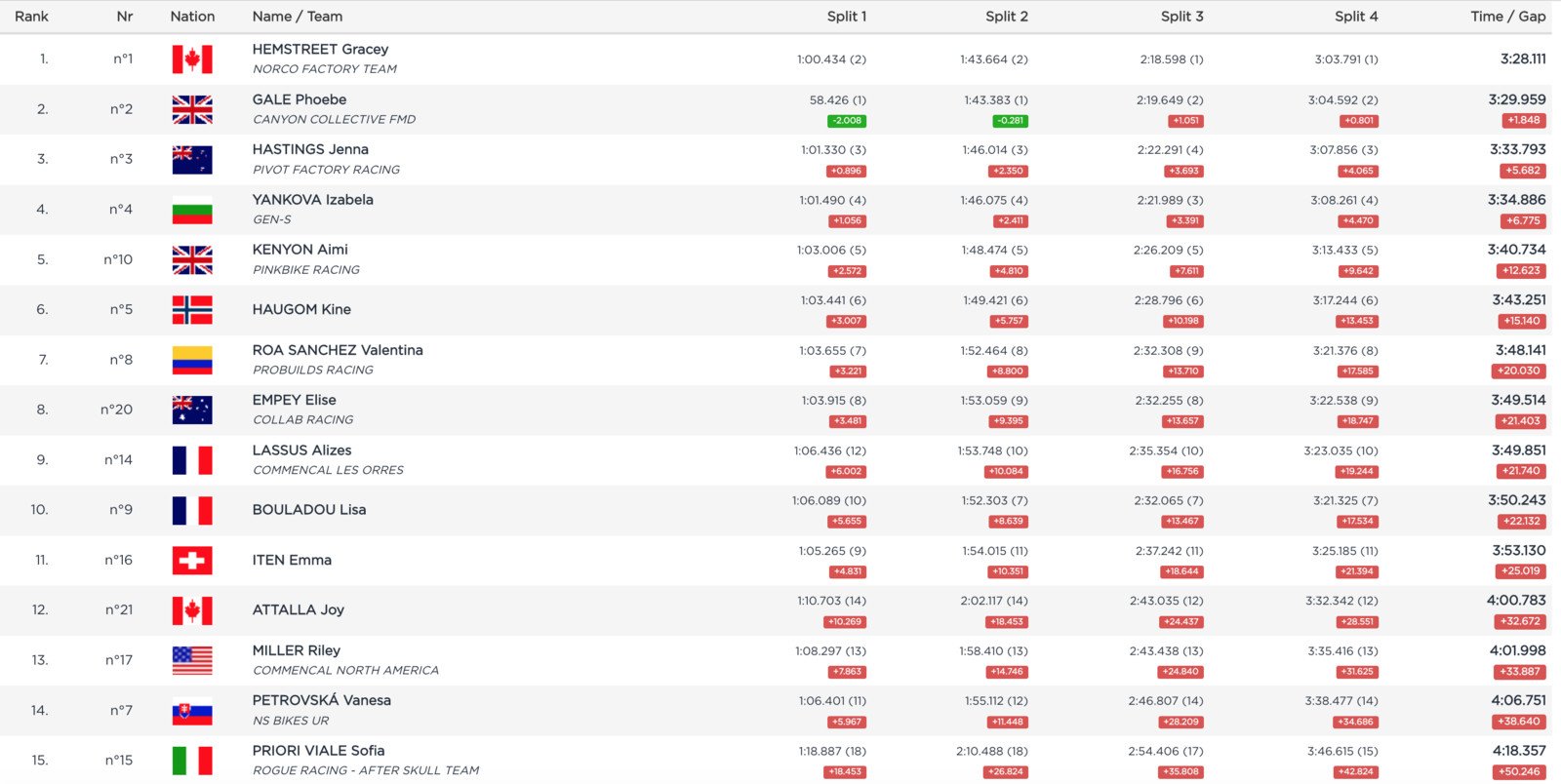 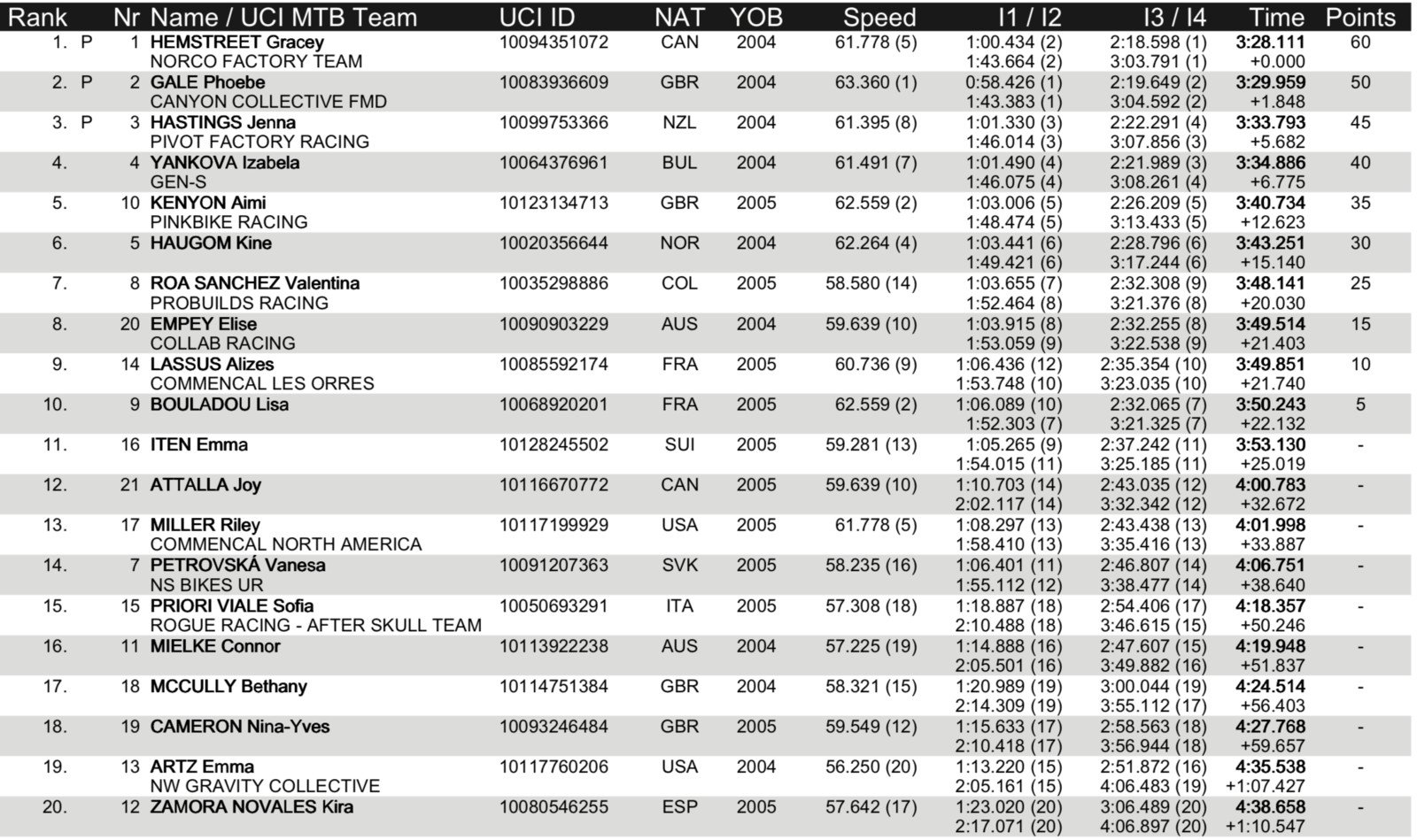 the prophet
7 months ago

Between the juniors and Finnley slaying it, I think that is the best single day results Canada has ever had in WC DH. You guys should declare a national holiday.

fantastic race for sure. the future of canadian dh is looking bright - lots of speedy young talent on the scene.

also great to see the OG minnarr still mixing it up at the pointy end.