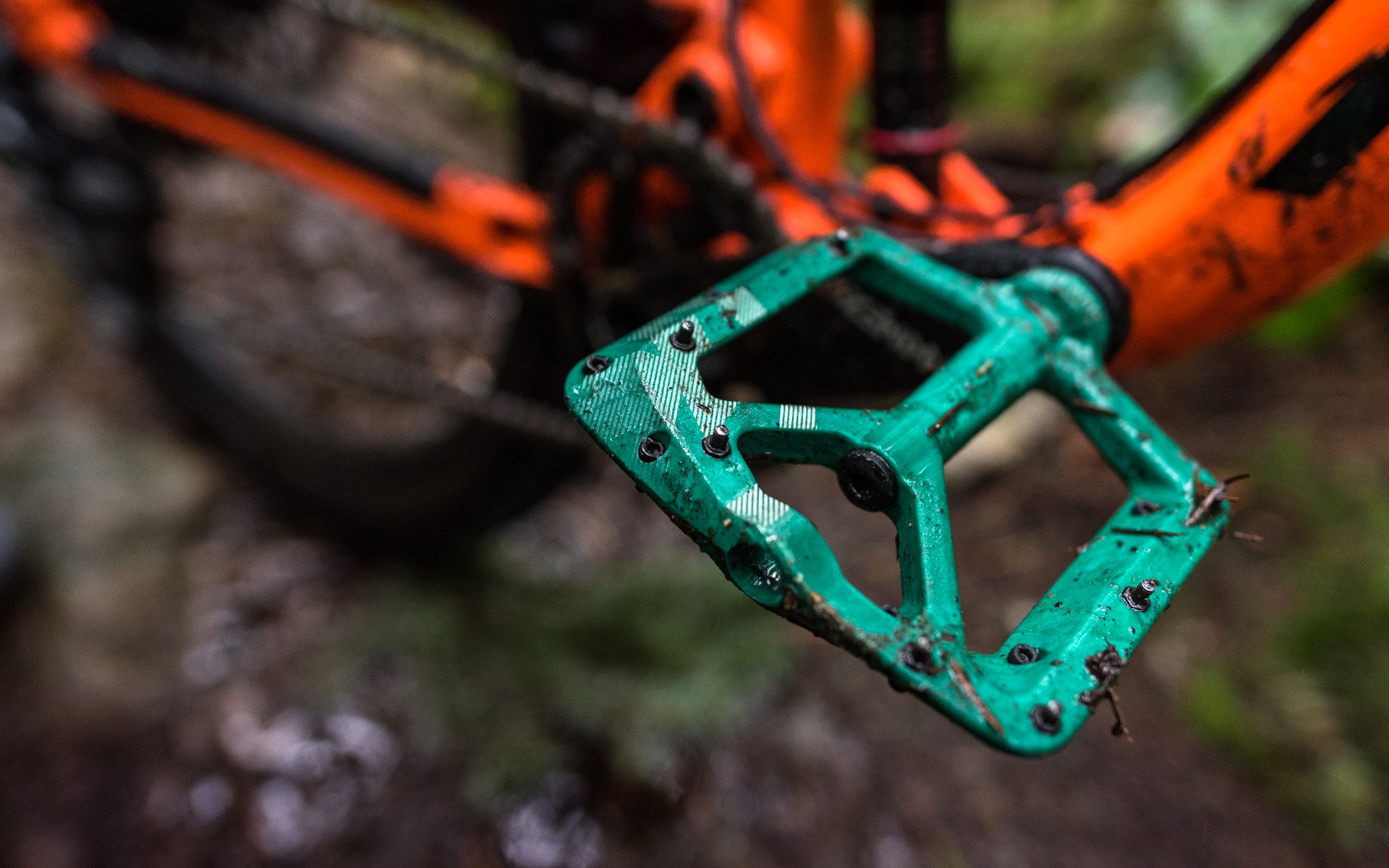 These Kona Wah Wah 2 composite pedals have a massive but very thin 120mm x 118mm body, spin on large bearings that are easily serviced and replaced, are notably quiet on rocky trails, come in six colorways, take an absolute sh*t-kicking, and only cost 60 USD. That's 1/2 the price of the aluminum model.

I didn't need any convincing that good 'plastic' pedals can take a beating. I've seen some epic smash-ups walking by the local skate park. I wasn't surprised by the amount of grip on tap; the pins are long and sharp and Kona has a solid history of making good flat pedals. 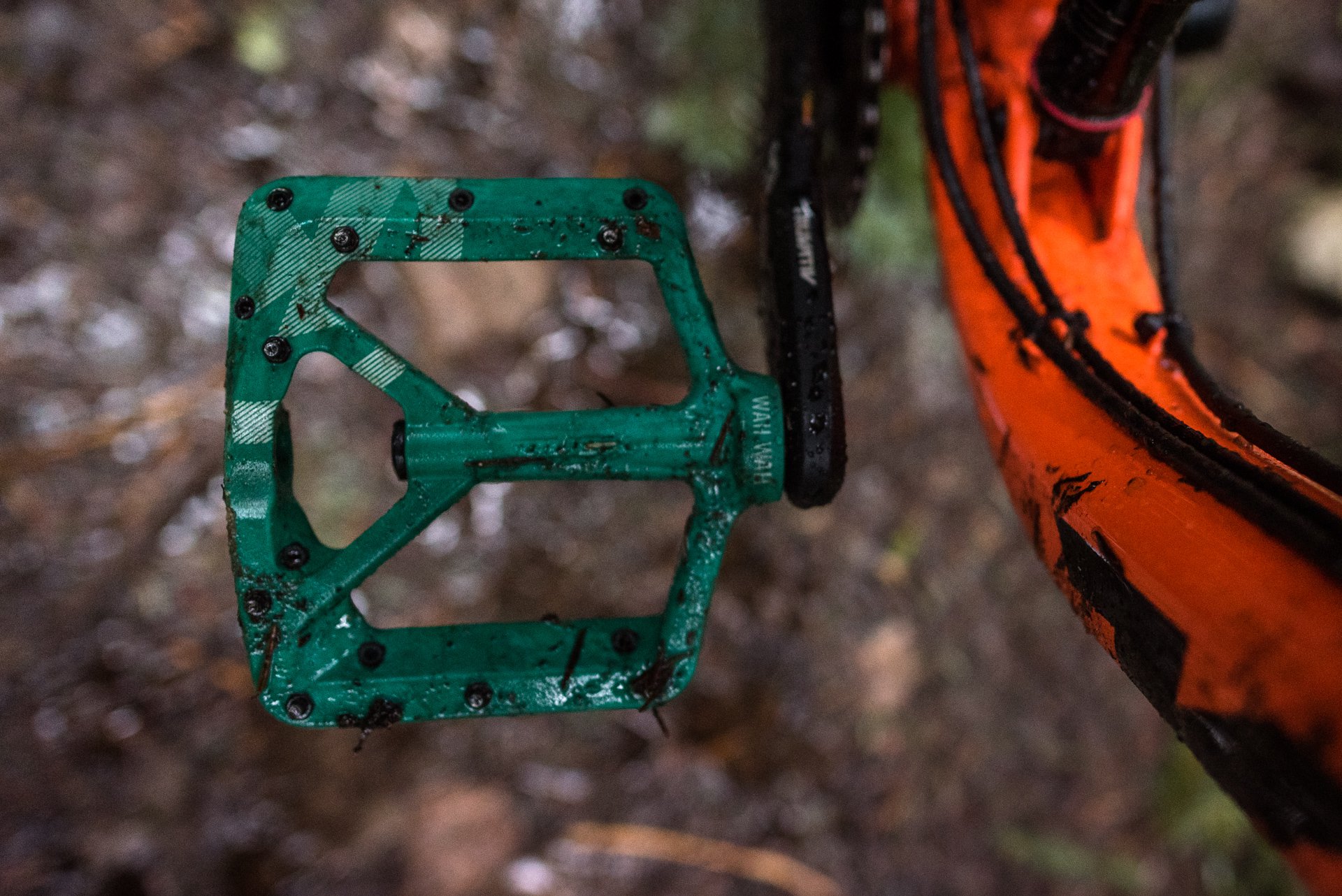 Massive support. Due to the raised bearing journal the actual footprint is a bit smaller than the physical 120mm x 118mm, but it's still big. 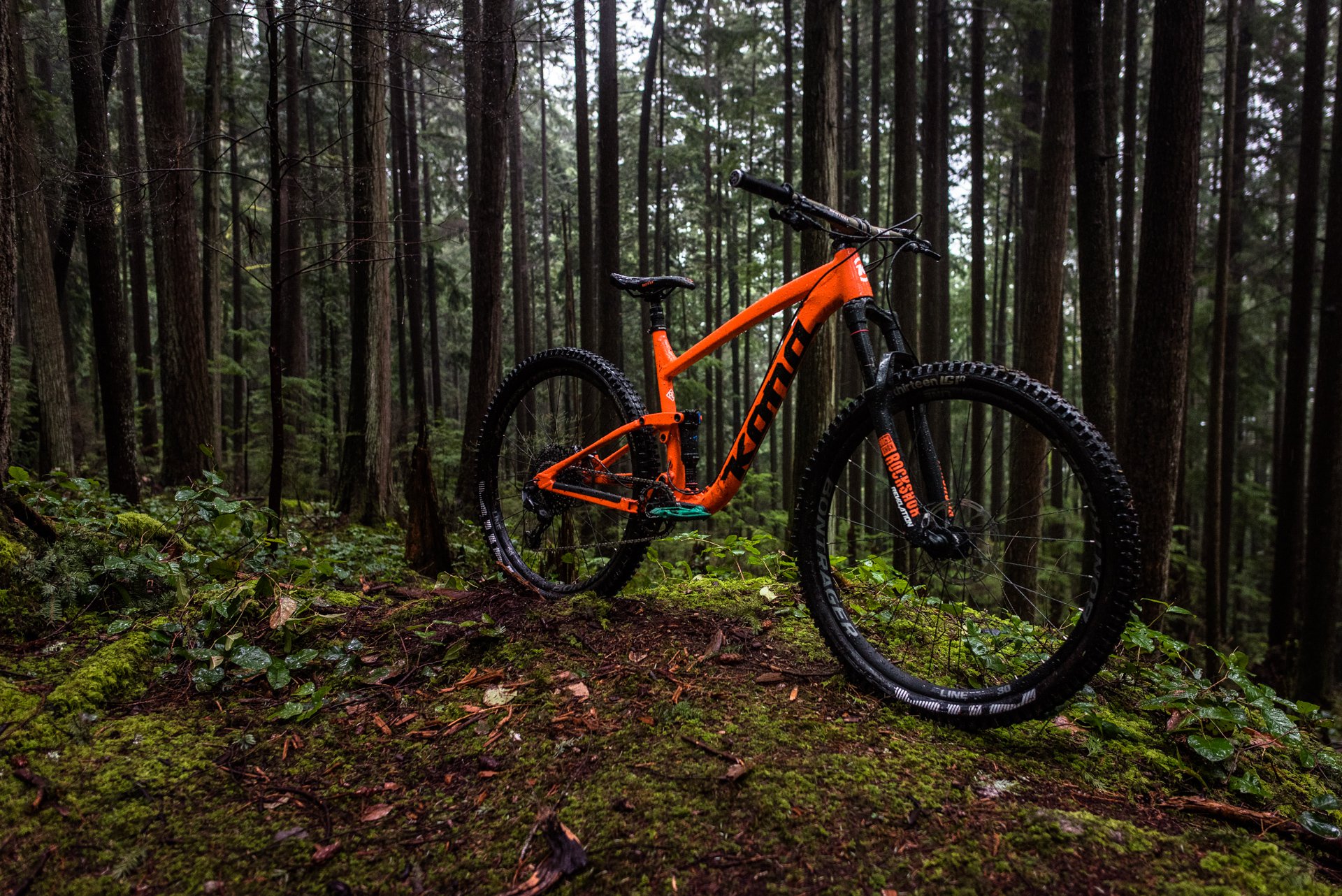 I rode these pedals on Kona's Satori, my Marin Rift Zone, and my Waltworks hardtail and it was a great experience all around.

I have a couple of friends who have already purchased the Wah Wah 2, running them with Five Ten shoes, who absolutely rave about the pedals to anyone who will listen. I have a third buddy, also running them with Five Ten shoes, who sold his Wah Wahs after two rides. After months going back and forth between the Wah Wah 2 and other pedals, if I was writing my piece Flat Pedal Facts again, I'd include a chapter on the two types of flat pedal riders. To quote my friends:

Rider #1 : "I love the Chromag Scarab. The shape almost always puts my foot exactly where I want it and in the rare cases when it doesn't it's an obvious adjustment. The Wah Wah is really vague."

Rider #2 : "I just put my foot on my pedal and ride my bike. The Wah Wah has a huge platform and even if my shoe is hanging halfway off I still get lots of grip thanks to my Five Ten shoes. The Wah Wah is the best pedal I've used!" 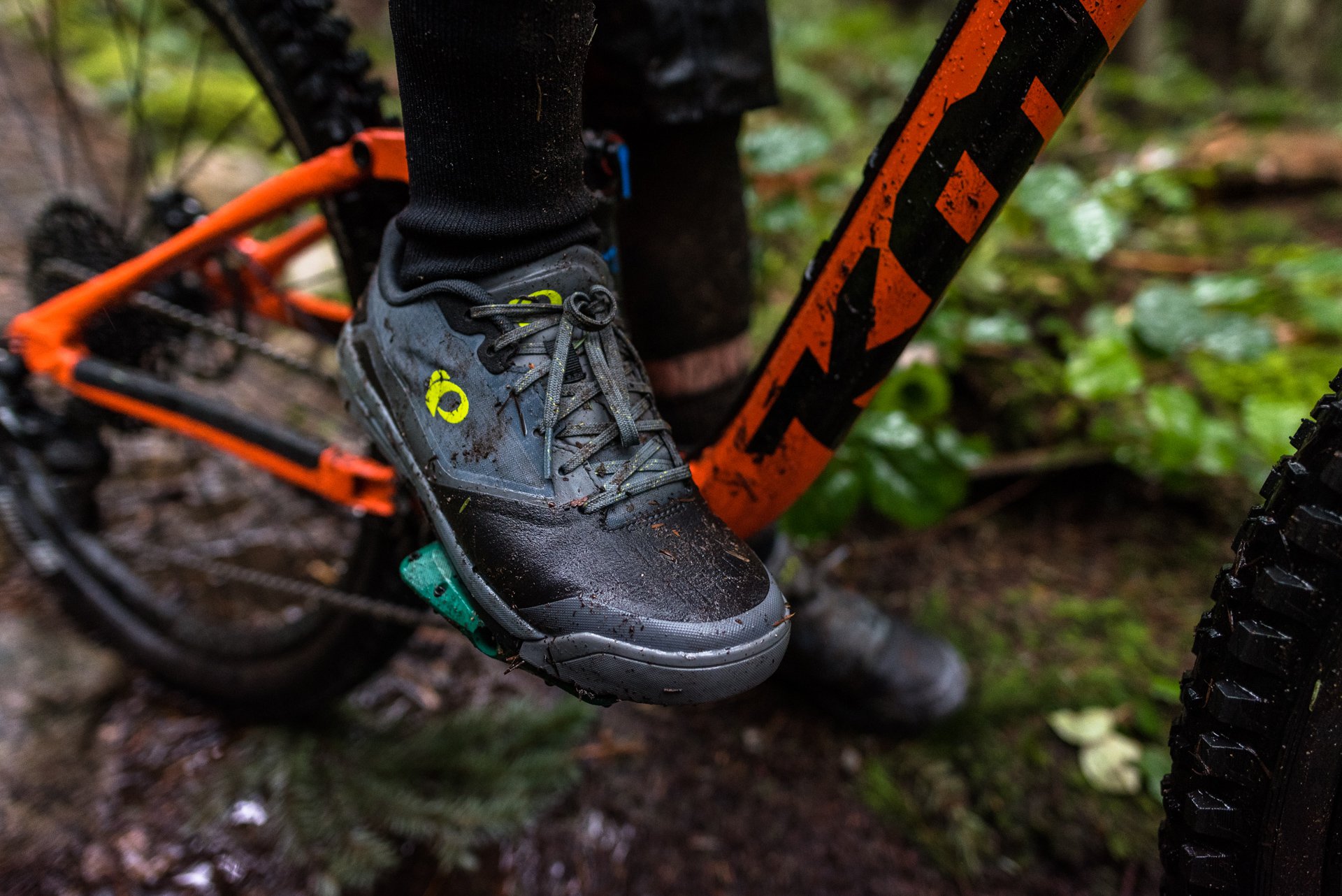 Traction with the relatively stiff Pearl Izumi X-Alp Launch, tested here, was okay but the feel of the interface was vague. 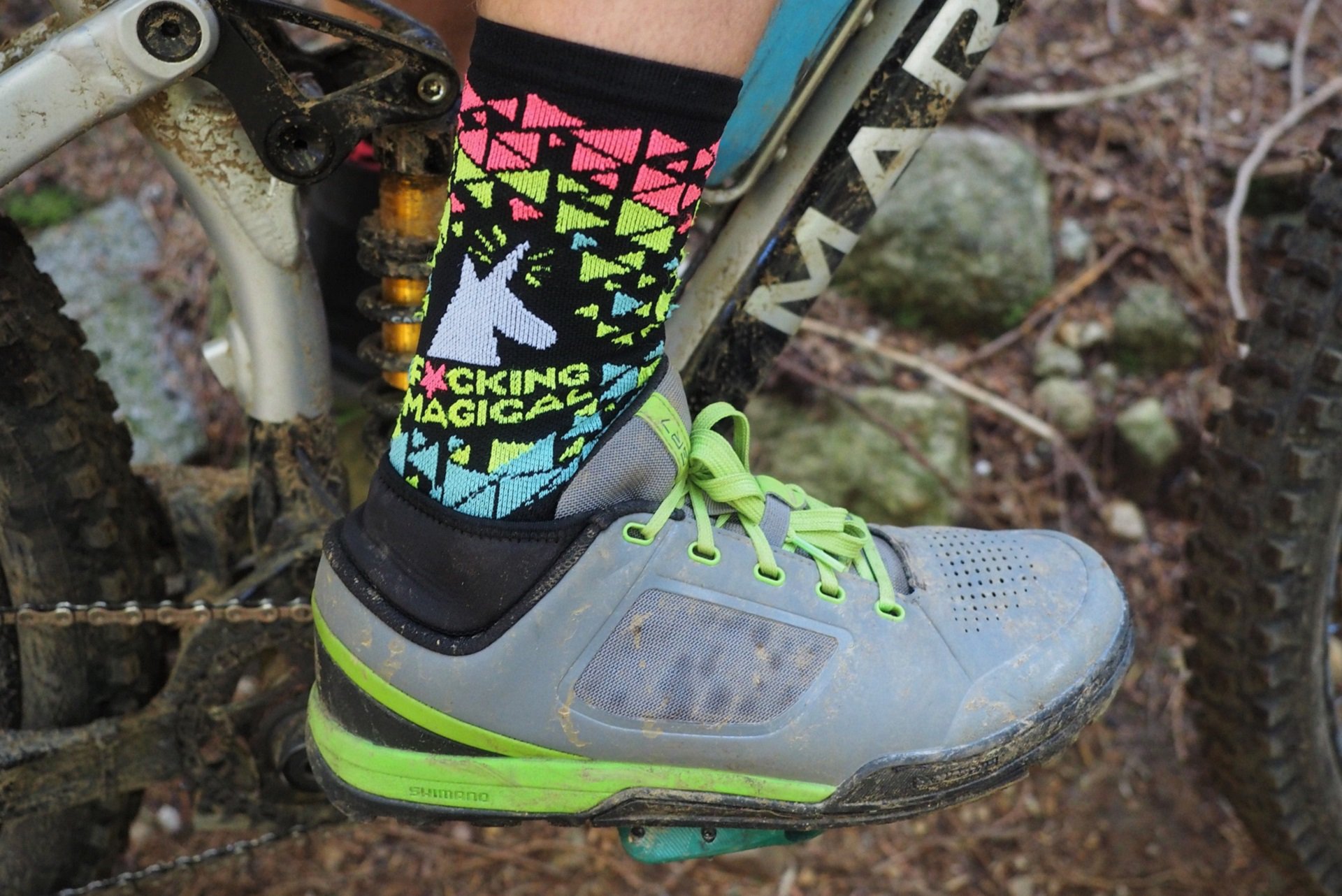 Traction with the Shimano GR7, tested here, was excellent and the feel of the interface was much more positive. Photo: AM

I find I can adapt to either option but my enjoyment of less-concave pedals is more footwear dependent. My size 42.5/9.5 feet are also a consideration. Larger paws will likely engage differently with the pedal. Riders who love a "true concave shape," to quote Chromag, may not love the Wah Wah 2. For everyone else, why spend more?

The problem with flat pedals with truly large platforms is that I smoke them on immovable objects more often. The Wah Wah 2 mitigates this to some extent by being very thin. The plastic, I mean glass-reinforced composite pedals, also damp sound better than aluminum pedals. This is probably entirely psychological, thanks to the noise reduction, but I swear they absorb some of the energy of hard strikes.

I've done a few long out of the saddle climbs riding my single speed with the Wah Wahs and they feel as stiff as any flat pedals I've ridden. 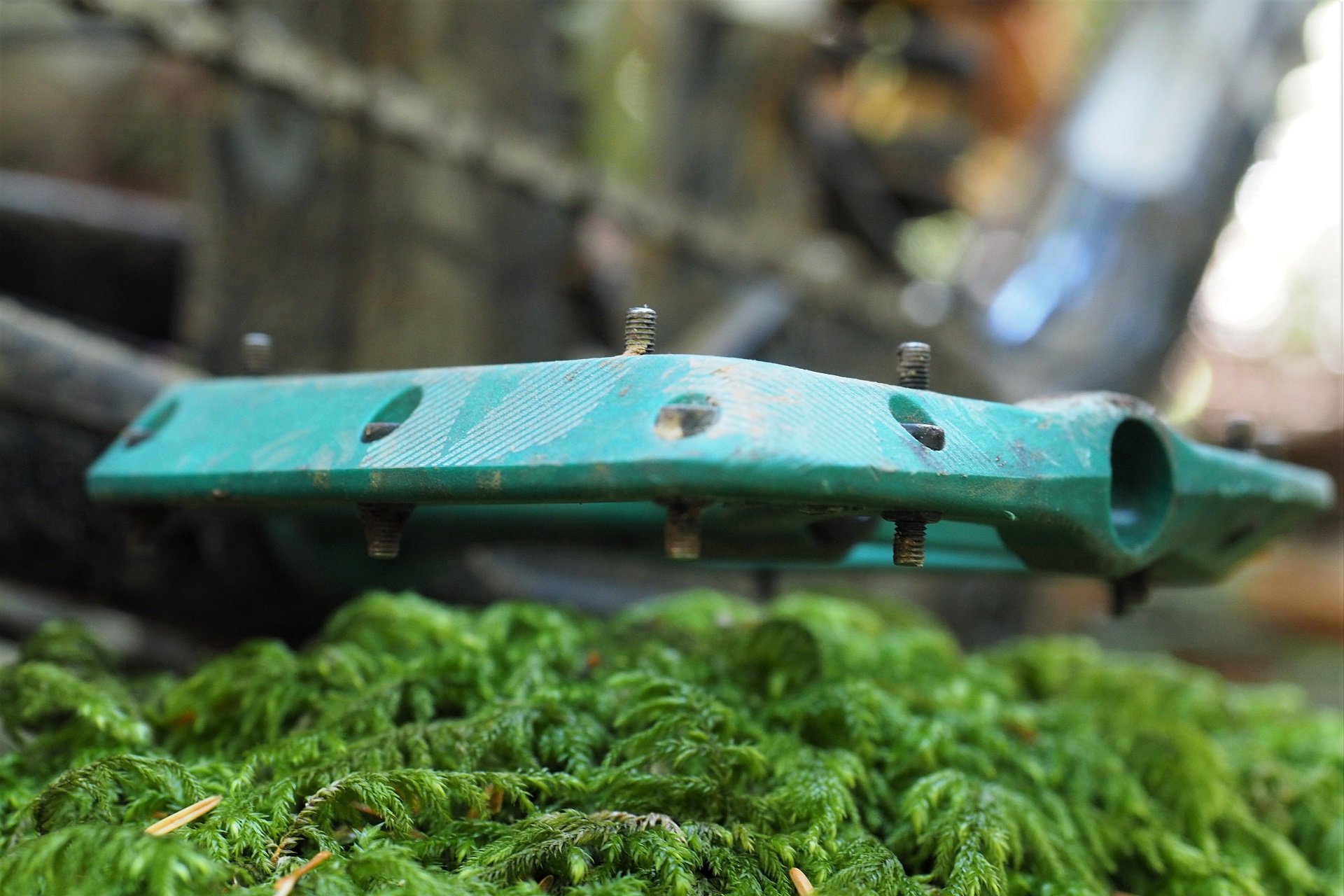 That's a thin pedal. It has a slightly concave shape - except for the axle end bulge - but most the grip comes from 7x long pins per side. Photo: AM 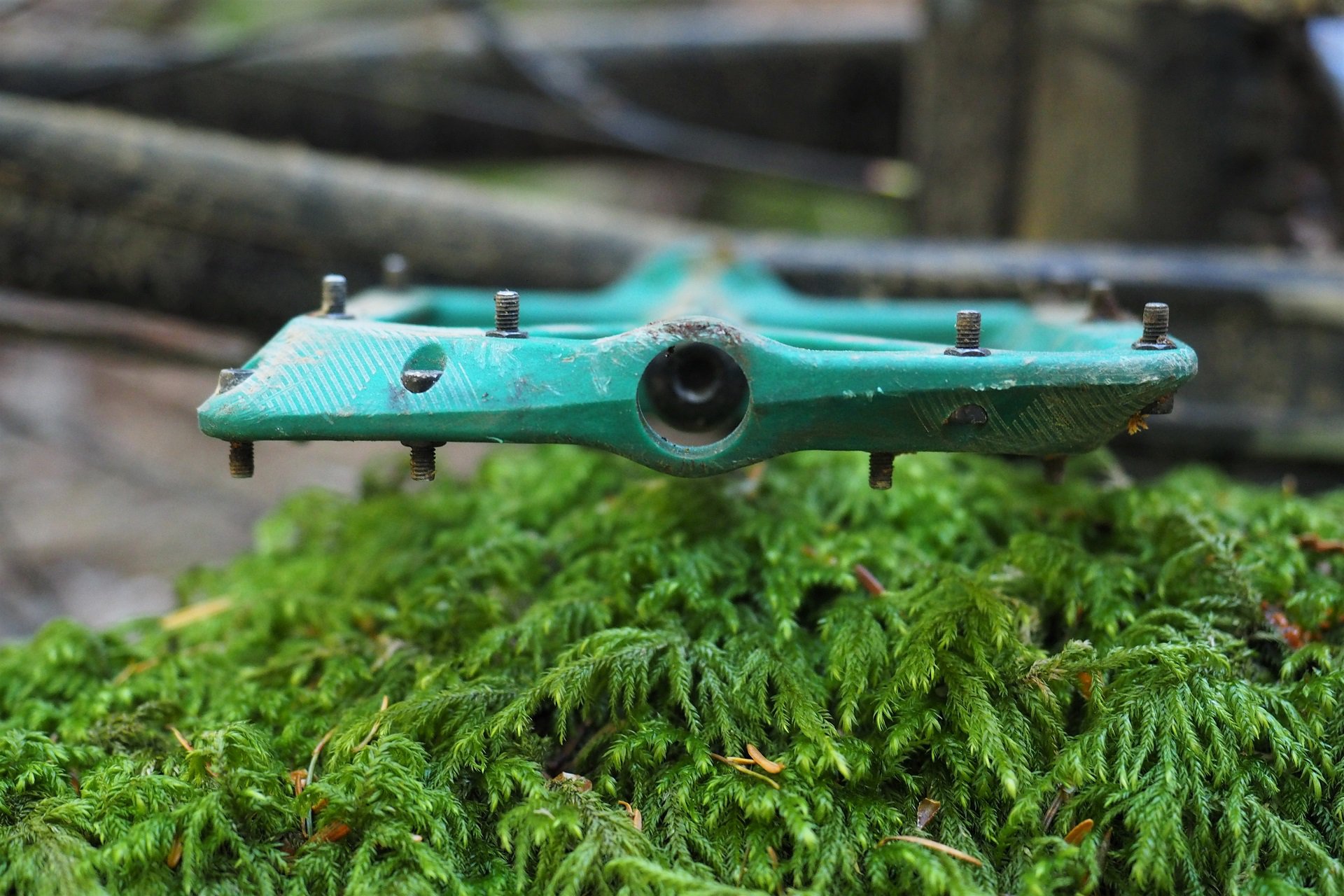 The outside of the Wah Wah body has a slight bulge, for the axle, which takes the most direct-contact abuse where the rest of the body is more protected by ~5mm pin extension. Photo: AM

I'd love a couple more pins per side, specifically in the middle of the pedal. Grip is excellent when my foot is loaded and placed correctly but I have had it come off a few times absorbing a hit where I think a few more 5mm-extended pins in the center would have saved me. Each pin threads in from the back side through a nut that sits in the body. I've had no issues with pin breaking or coming loose and the nut-seats have stayed snug. As I'd expect, I have mushroomed the tops of all of them and bent a couple which means they will need to have the tops ground off to be replaced. The new aluminum version of the Wah Wah 2 gets 8x pins per side with one more located center-aft while sharing an equally naked midriff. 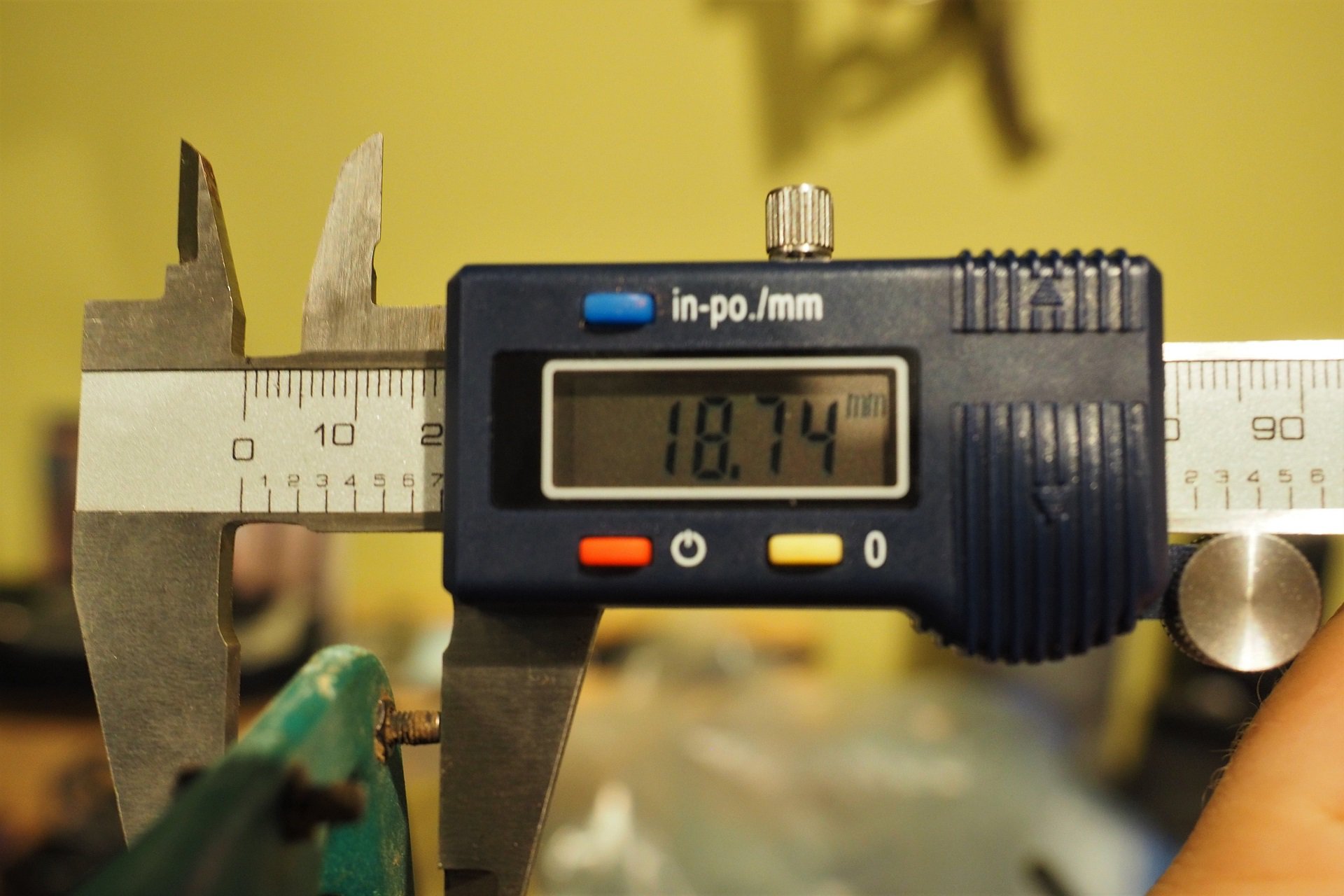 From the sole of my shoe to the tip of the pins these are thin pedals. Photo: AM 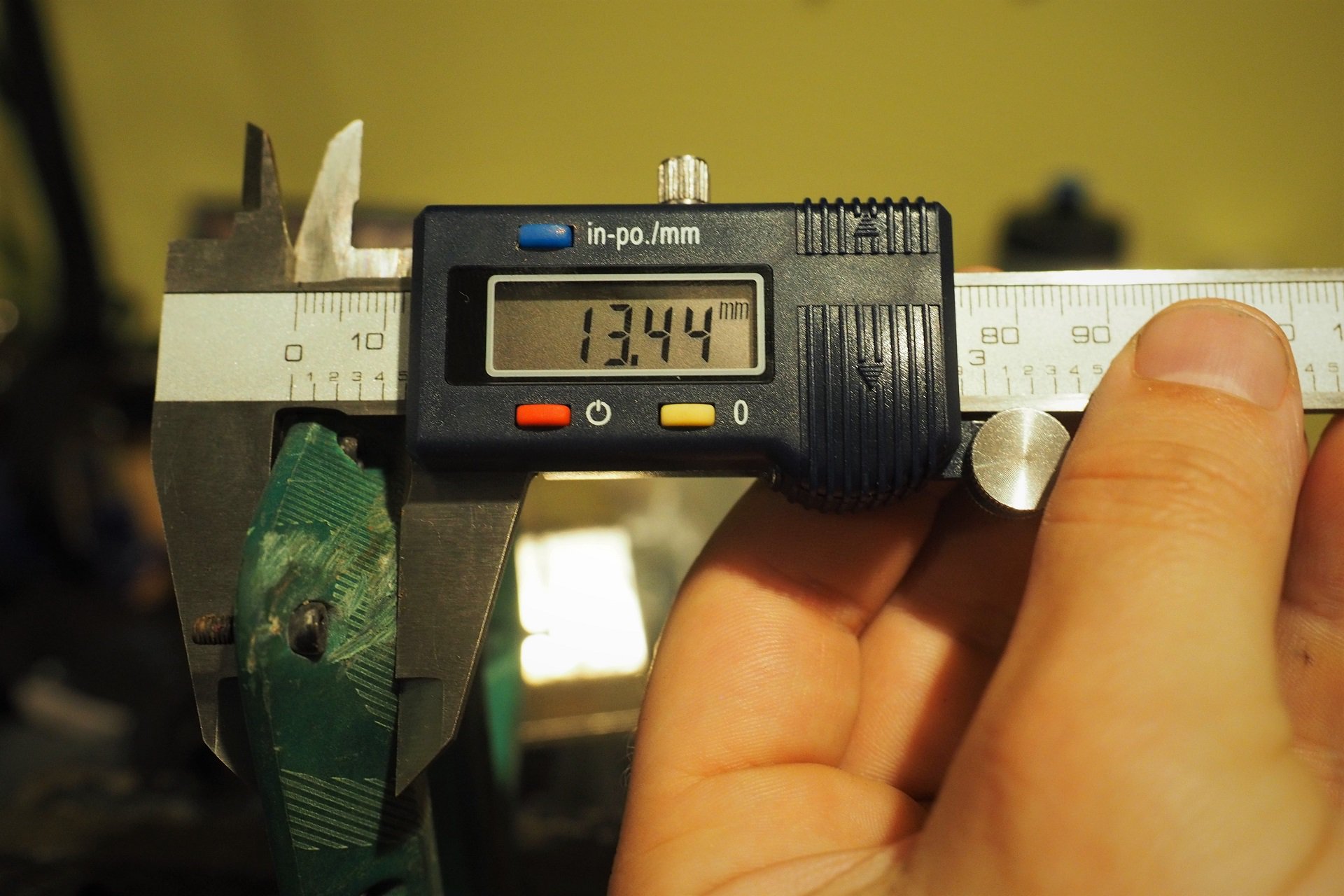 Pins extend about 5mm above the pedal body. Photo: AM 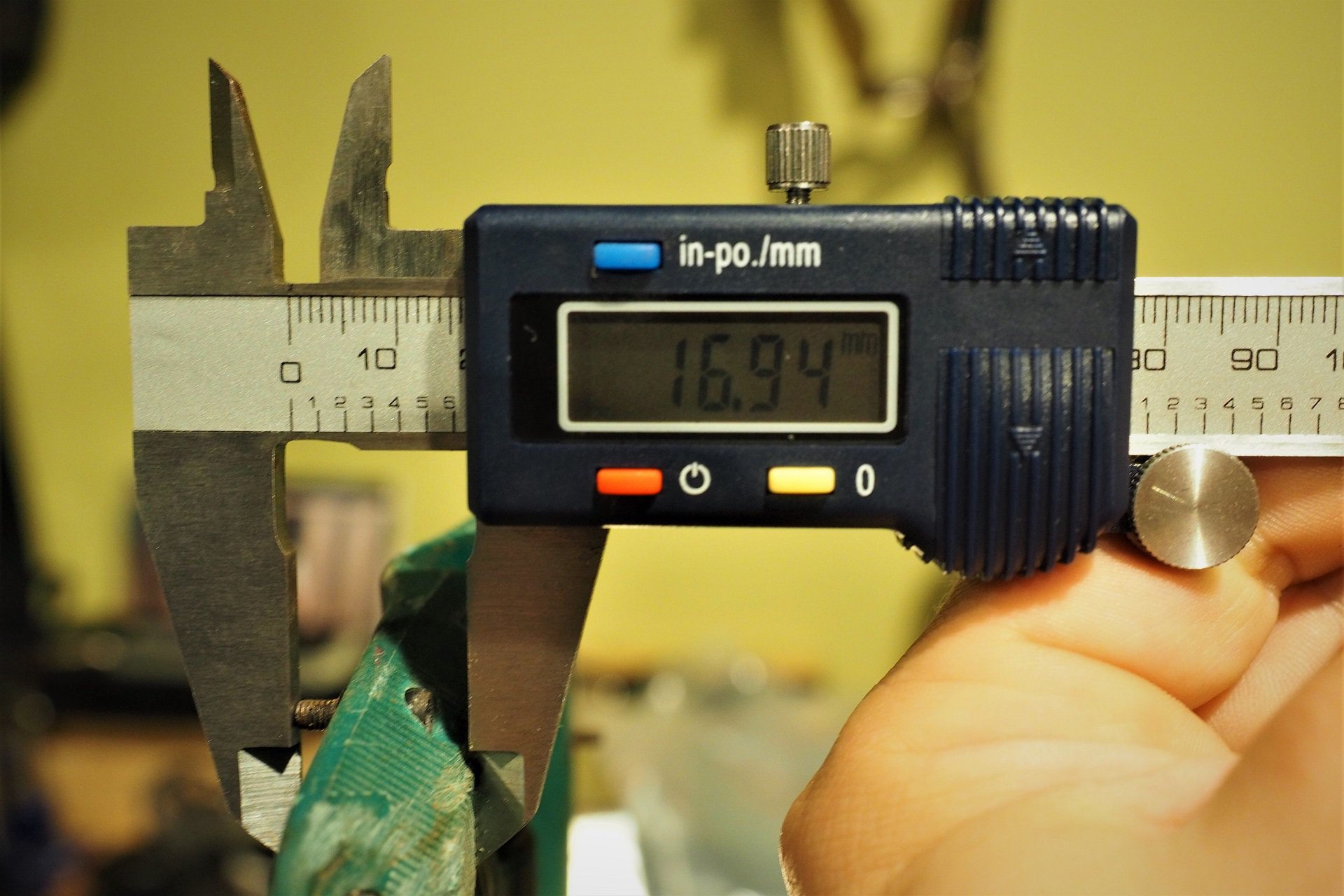 The pedals are very slightly concave but feel flat. Photo: AM 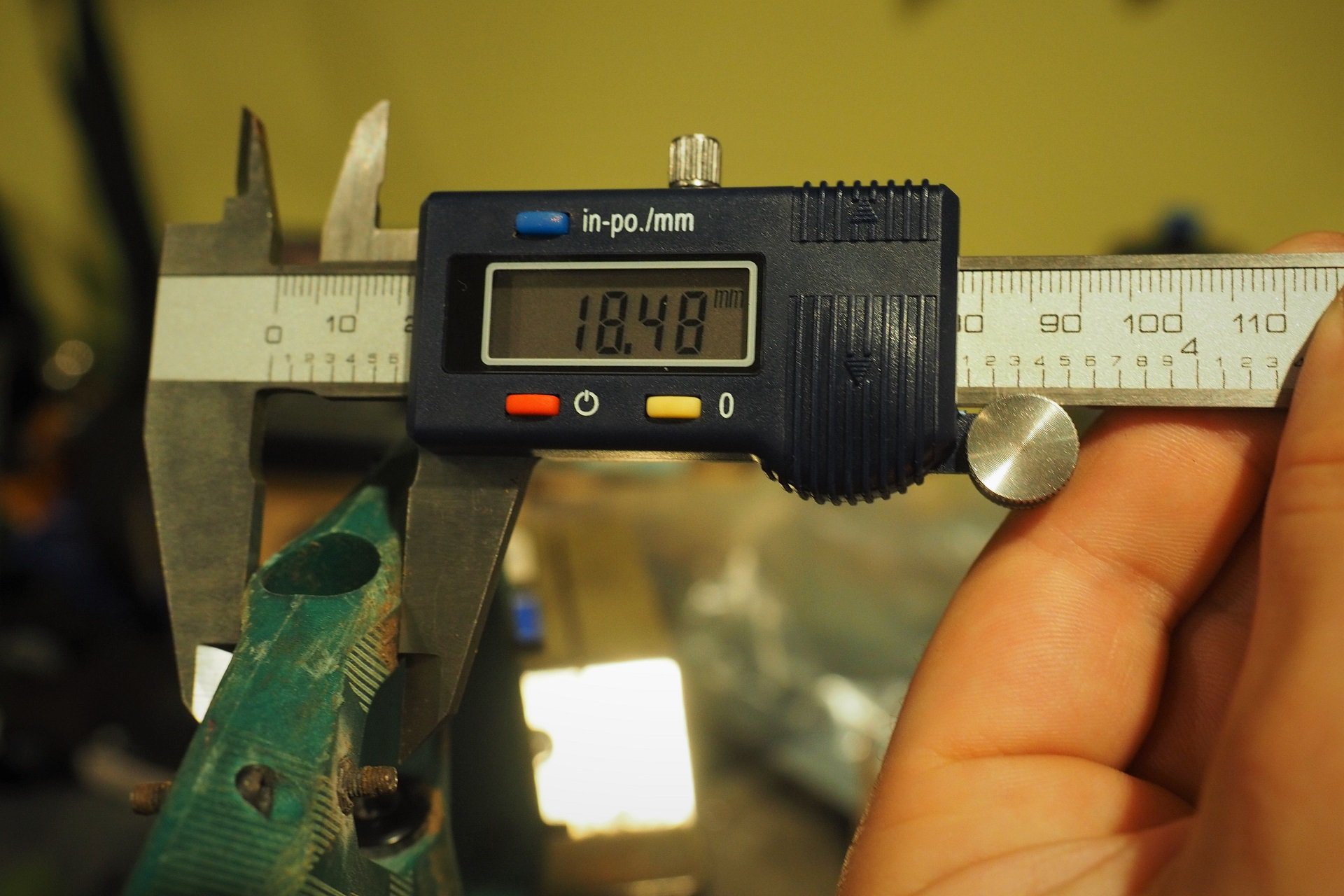 Building the pedals without this bulge on the outer edge would have meant for more complicated construction and service. I don't notice it at all when riding. Photo: AM 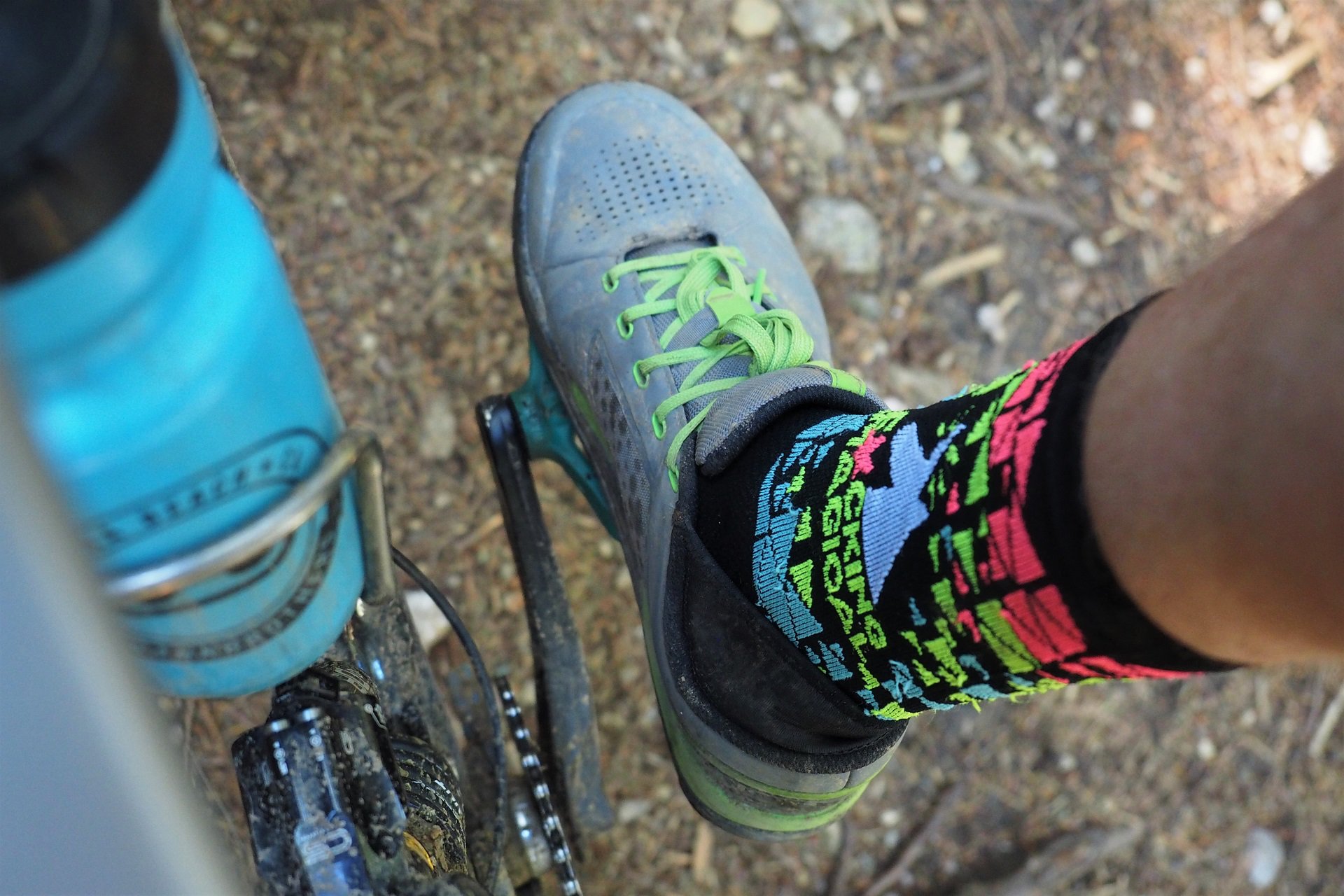 Thanks to the large inside bearing-bulge the usuable platform size is slightly smaller than the advertised 120mm x 118mm. It's still a pretty massive perch. Photo: AM

For the skeptics, these aren't your kid's loose-ball-bearing plastic BMX pedals. The main bearing is impressively large and accessible. I am actually very surprised how good the bearings are considering the price. I held off on hitting them with the grease gun until I felt the pedals had been through a thorough test period but have now done so. It took about five minutes to remove both bodies, pop the main bearing seals, regrease the bearings and axles and reinstall. It's an easy job and I didn't need a custom thin-wall 8mm socket to do it thanks to the generous axle housing. 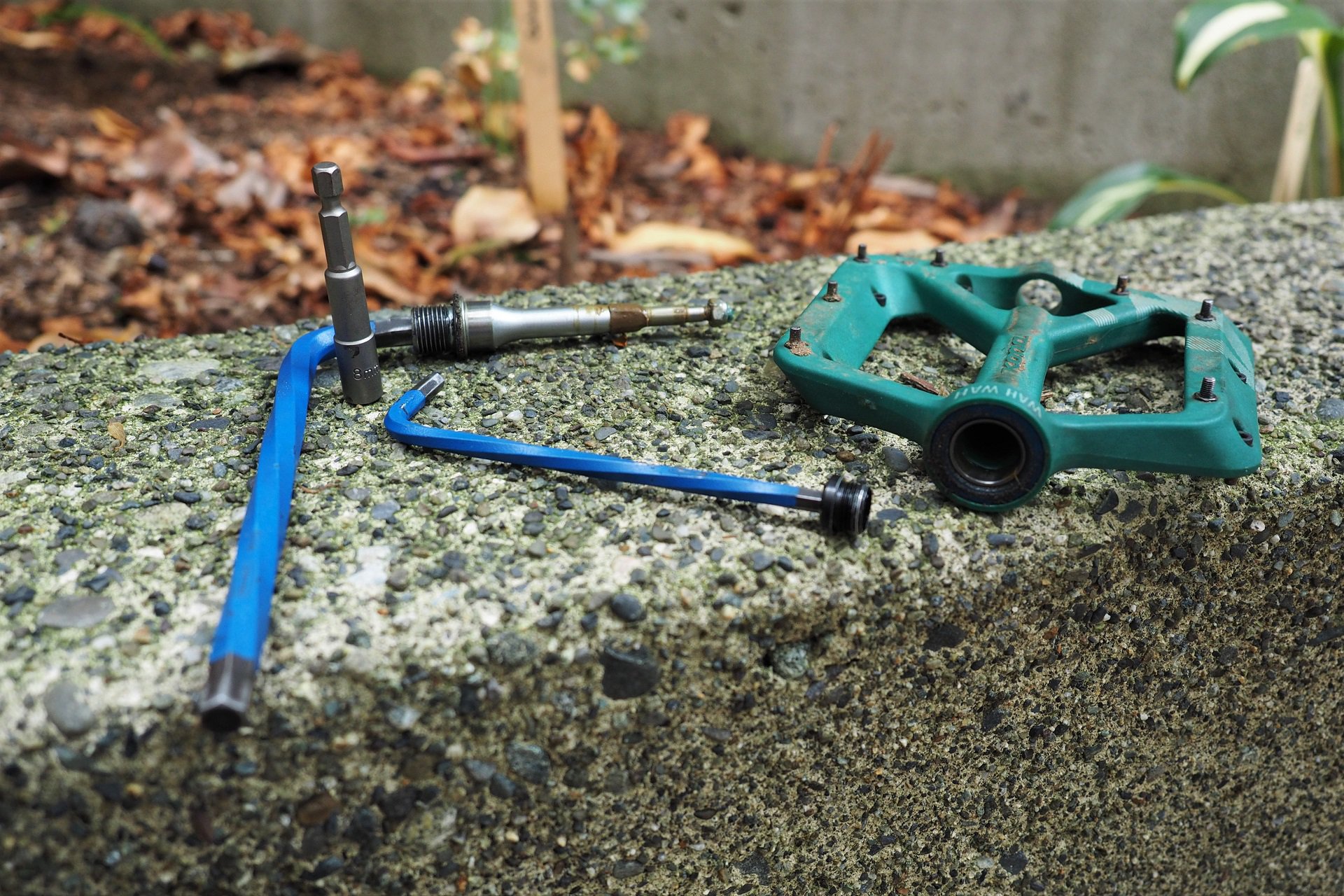 8mm socket, 5mm hex key, and 8mm hex key are all that's needed to open up the pedal. Photo: AM 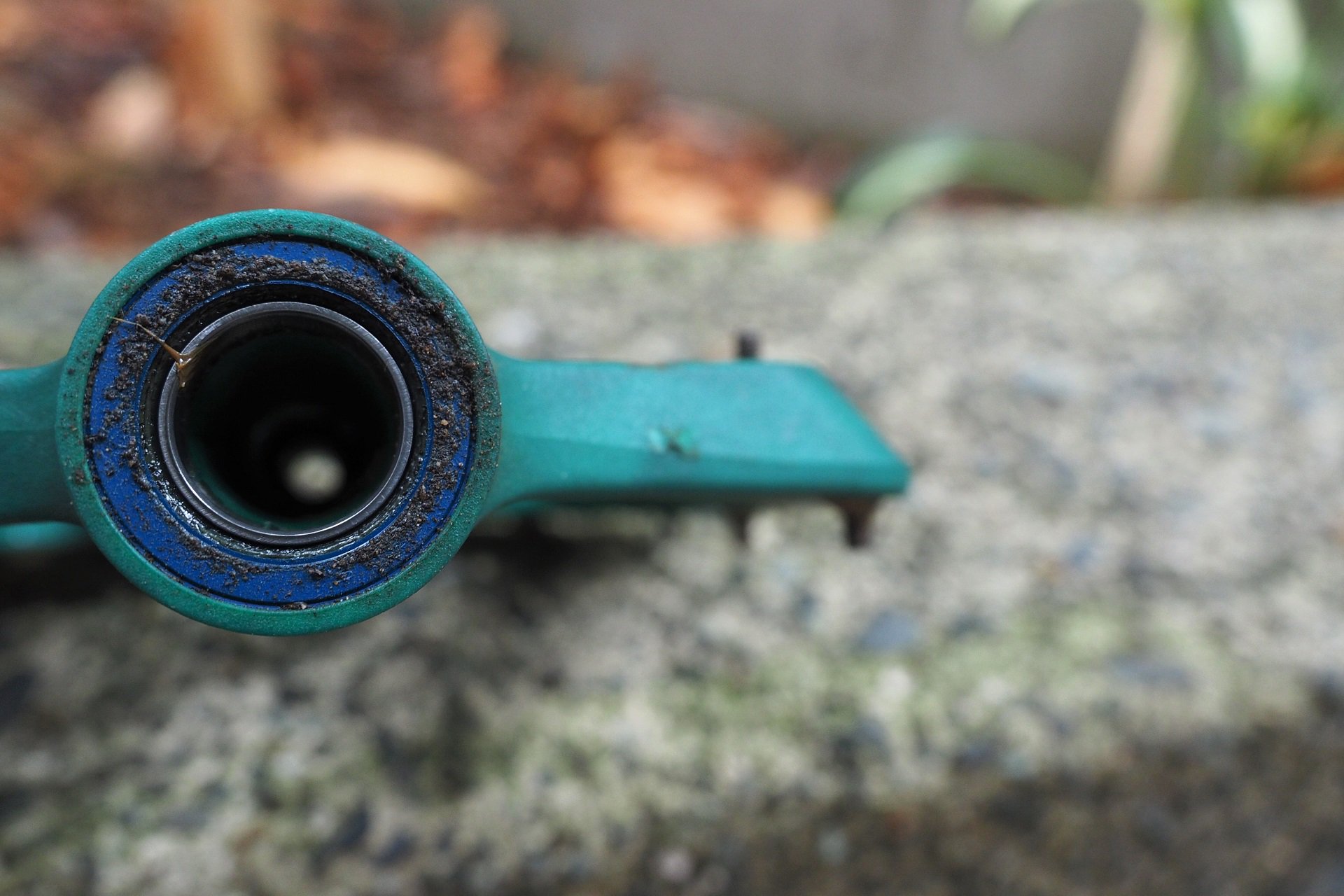 That's a big - and easily greased/replaced - cartridge bearing. Photo: AM

The bearing kit Kona is making available for the Wah Wah 2 pedals suggests they expect them to hold up a long time. Each pedal contains one large cartridge bearing, a small cartridge bearing, and a needle bearing, making the <360 gram (set) weight more impressive. The price of the bearing kit is around a third of the cost of pedals so it's worth the time to swap out dead internals if the bodies are still good. I really like the Wah Wah 2 and I intend to keep riding them and see how long the original internals last. 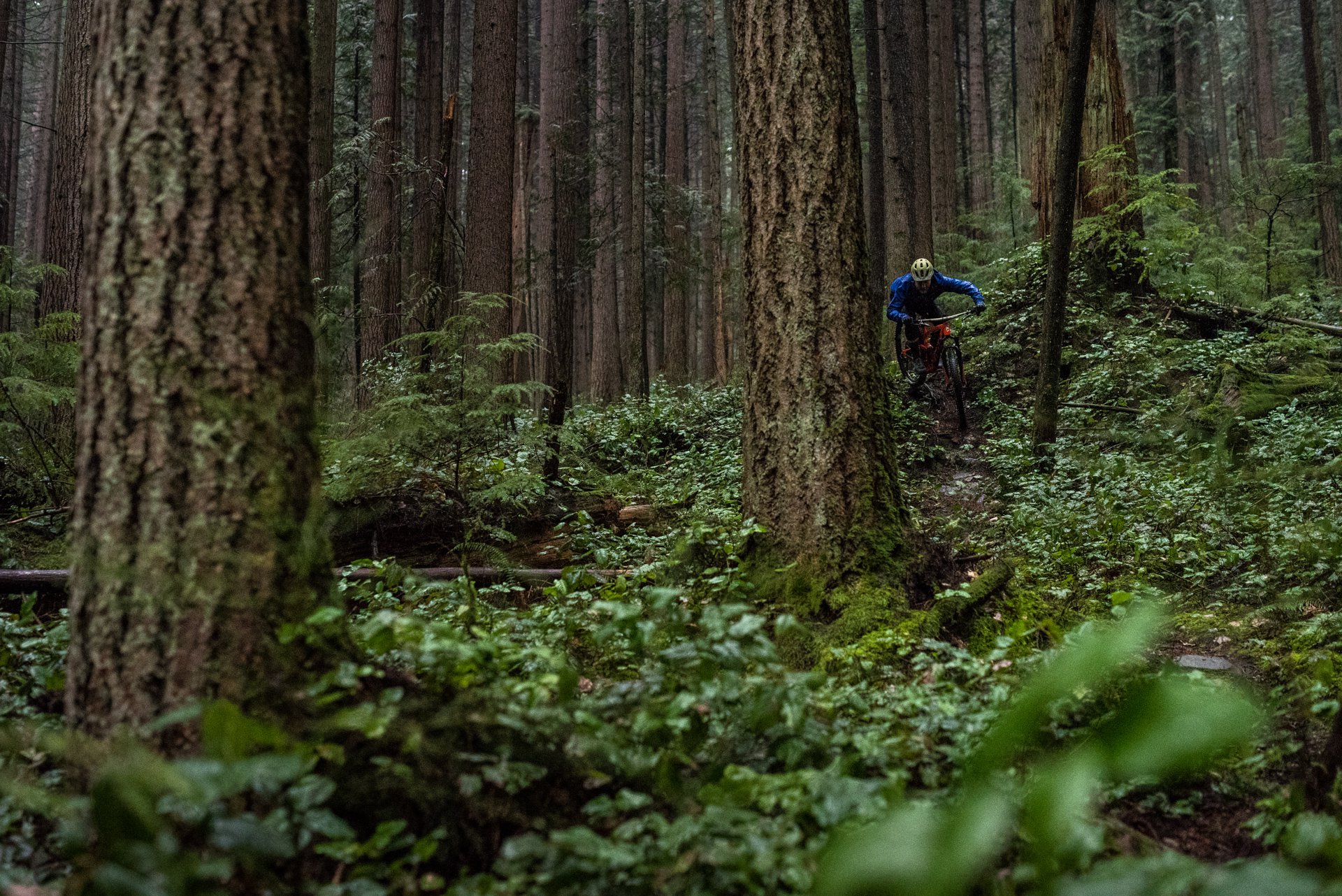 Plenty of all-day rides climbing and descending in the rain. Predictable, excellent, grip and performance is as new.

If the Wah Wah 2 had a more accentuated concave shape* they would be my personal go-to. I like how quiet they are, the bearings are spinning as new, the bodies have proven to take a beating and the price is almost half that of the last set of flats I bought. As they sit I really like the pedals and I'll keep riding them, especially on dual suspension bikes where I'm less finicky about pedal shape.

If you are looking for the thinnest, high-quality, large platform pedal that doesn't sacrifice bearing reliability or break the bank, you could be well-served by the Kona Wah Wah 2 composites. Check them out at your local Kona Dealer or at konaworld.com.

Aside from the anodized bling factor (admittedly important in a lot of cases), I can't see a main reason to choose an aluminum flat pedal over a high quality composite pedal.  A good composite has plenty of grip, has the rock-strike-dulling characteristic, and are indeed strong, light, and cheap.

I have Race Face Chesters on my FS and Deity Compounds on my HT, and both are awesome.  I do lust over a set of Deity TMacs, though...

I’d be all over those!

Been on Wah Wah pedals sine 2012, an rocking the new plastic model since they hit the stores locally. I love them a lot more that the early versions, they do get more pedal strikes on certain trails. But they take the abuse and keep spinning ( I repacked my bearings before I mounted them). By far one of the most clipless like flat pedals I have ridden too date. When I first rode them I had a couple of time I could not move my foot on the pedal. It could mav been the shoes , I wear a AM7 and it,s a grooved treaded sole. The increased platform size was a very welcome change , same with the different pin layout. On the old pedals I had removed certain pins , as I would get my foot caught in a awkward angle at times. Much like not clipping into your pedal properly . I was tempted to try the new Alloy versions , but will stick with the plastic.

How many hours (or rides) would you guess you have on the bearings mike? I haven’t come across anyone who has had to install fresh guts yet.

What size shoes do you wear, if you don’t mind me asking?

Been on the bike since mid Feb , I ride a couple times a week. I also ride more in the wetter months than in the hot dry months as well. I am a size 43 . The pedals impressed me , they spin free but are still tight . My stance is more diagonal than straight on as well , duck footed one would say. With the different platform and pin layout and my shoes , on climbs and decents I can almost lock my shoes to the pedals . I could not do that with the old design and same shoes .

I was a fan of the old Wah Wah pedals years ago but there's no doubt these are a huge improvement in every way.

If you think of it, when it does come time to replace the bearings I'd be interested to know if you do a bearing kit or if they're so slaughtered you choose to replace them.

where did you get those unicorn socks?!

I bought them off Sonya Looney: https://moxyandgrit.com

I really dig these pedals. Inexpensive, durable (so far) and a nice, wide platform. I've had them on my Surface for the last year and have really enjoyed them.

Any long term notes? I saw a few customer reviews on the online shops that said they had pedals snap in hard landings causing crashes. That is not cool! Everything else’s great tho. I just bought a pair, but will return them if snapping pedals is a real issue.

FWIW, I have a pair of Oneup alloy pedals, very similar design. They developed a crack in one of the diagonal gussets after about six months. They also had a slightly bent axle. I got a replacement set under warranty.

On the one hand, I've worked in the industry long enough that I've seen plenty of broken aluminum pedals. Smoke 'em hard enough on a rock and even the beefiest bodies can fail.

On the other hand, I have a handful of riding buddies on the plastic Wah Wah 2 pedals and while they all have obvious gouging where the trail's chewed on them there have been zero body failures, the guts have proven to be good, and everyone is genuinely very happy.

If in doubt I would definitely err on the side of the aluminum pedal - it just comes down to basic composite vs aluminum properties as with bars and rims. An aluminum pedal is more likely to warp than fail catastrophically in mountain monster situations.