The Hei Hei has a long history in the Kona lineup. The first Hei Hei I remember was a ti hardtail that I lusted after hard. The new Hei Hei (which translates to ‘race’ in Hawaiian) has two models and two distinct personalities – but one pivot fewer than other Kona duallies. 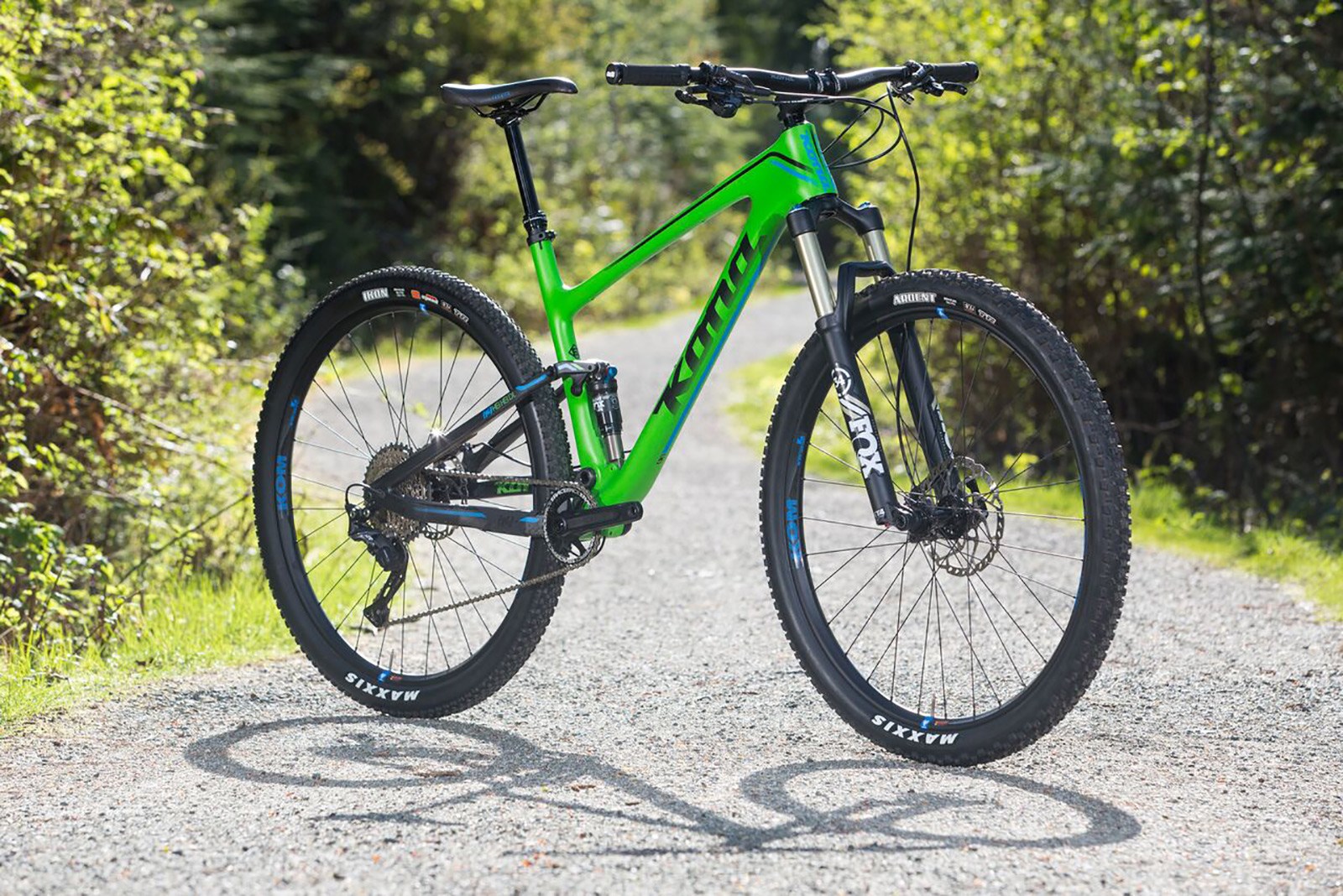 Classic Kona green for the Hei Hei DL – and a 120mm fork.

The one that interests us most is the Hei Hei DL – which now has a full carbon frame . Short travel bikes that are made to be rallied are a blast to ride – and that’s the way Kona is presenting this bike. Interestingly it has no pivot at the rear chainstay junction. We’re intrigued enough to get a tester – hopefully soon.

What follows is a press release from Kona – and a cool video. 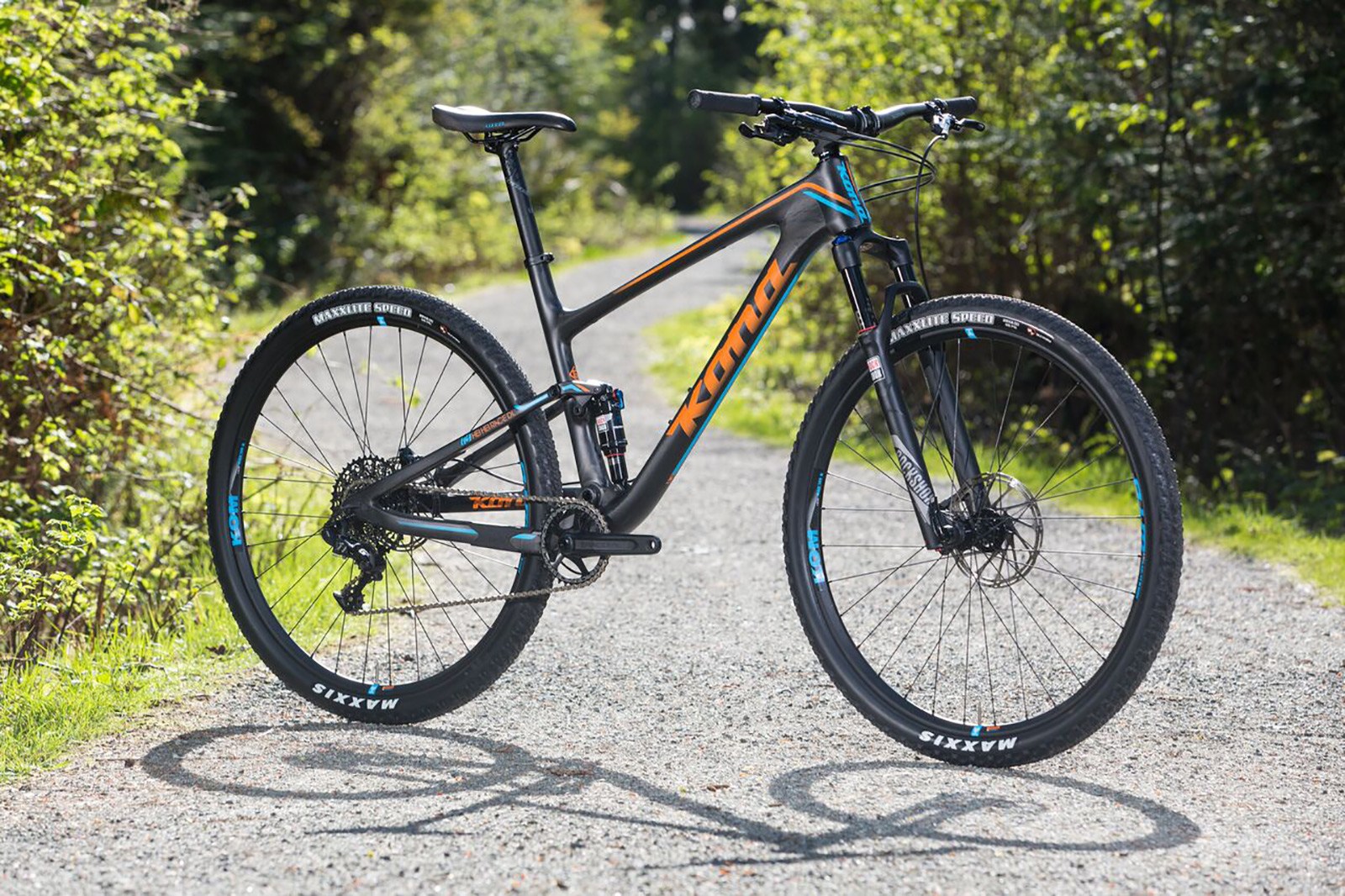 I’m quite certain I’d get along better with the DL than the Race – but I love the murdered out paint scheme of this version. If XC Racing is your thing this may be for you.

Take another look. That really is Kona Endurance racer Spencer Paxson ripping around the trails of Vancouver Island on what appear to be very similar Hei Hei bikes. Upon closer inspection you’ll find two fresh new Hei Hei’s that are built for two different styles of rider. Both bikes feature an all new 1800g carbon frame, our proven FUSE Independent Suspension, Boost spacing and Stealth dropper post routing. The Hei Hei Race DL was developed on World Cup XC courses where an ultralight carbon frame, 100mm of front and rear travel, efficient power transfer and speed are the key components to winning. While the Hei Hei DL was built on the same WC proven carbon frame, it gets more travel up front, a trail worthy spec and a dropper post for scampering up climbs and railing descents. So no matter the riding style or trail, the Carbon Hei Hei’s are ready to roll.

Geo of the DL version that is said to be a trail ripper. We shall see… 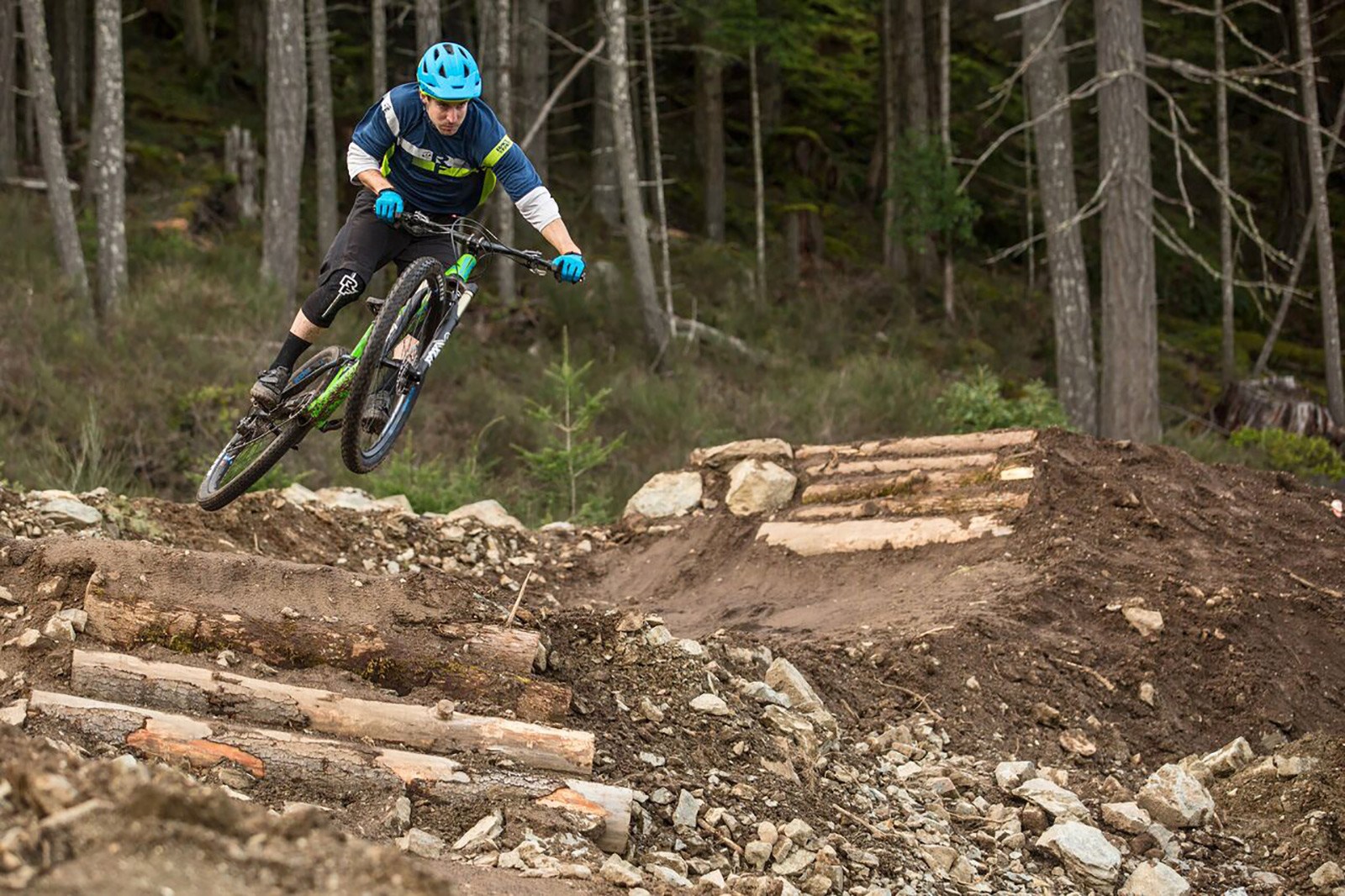 Sure – Spencer Paxson can get rad on this bike. But can mortals like us?

For more on the Kona Hei Hei DL and Race DL hit up konaworld.com

Looking for something a little faster?

I'm not a big fan of this re-purposing of model names. Was Hei Hei really such an amazing name that they had to re-purpose it? Rocky is the worst with this. Can we all pool together and buy these guys a Thesaurus?