There has recently been a lively discussion on the NSMB forum, and we need you to weigh in on the matter. An incident took place on a busy January day on Seymour where a group ascending the new climbing trail decided to take a break and regroup at the intersection with a black diamond descending trail (Severed). While the climbing group was waiting, a trail of “sponsored endurbros” came ripping down the descent, passing the waiting group too closely for comfort.

The person who started the thread, part of the climbing group, suggested that the descenders were disrespectful of the waiting group and should have slowed down to reduce accident potential. However, overwhelmingly, the forum-dwellers weighed in, stating that the onus is on those who are stopped to do so out of the way of riders who are moving.

As the discussion continued, a third perspective emerged, that the trail intersection design was flawed and should be modified to mitigate conflict. Several alternate designs were suggested.

In your opinion, what is the best trail intersection design to avoid similar issues in the future? An overpass, a traffic circle, a tunnel, or a 4-way stop with a traffic cop?

Nice! A ripped from the Bulletin Boards Uncle Dave, rich with entitled judgement and meta-Shoreness. Without overly taxing the imagination, it’s quite easy to close your eyes and picture the lycra-clad climbers, sharing a bag of granola and shaking their fists at the goggle wearers racing to the bottom to apply more decals to their lifted pick-up trucks. Amazing, amazing stuff.

The whole thing reminds me a bit of high school. Every once in a while two bullies would take a break from harassing small children and decide that they needed to beat up on one another instead. Hundreds of kids would gather out in the parking lot and cheer for the maximum amount of bloodshed. Nobody really cared who won, they just hoped that both parties would end up in the hospital and leave everybody else alone for a few days. The self-righteousness on display here leaves me feeling like there isn’t a winner, there shouldn’t be one, and hopefully these two groups just disappear into the woods for a while to sort out their own problems.

I’m tempted to take the side of the climbers. Almost all of us have encountered an overly aggressive descender (and if we’re being honest, we’ve all probably been an overly aggressive descender at some point and time) and hoped that their bike explodes and they break several limbs. Just the other day, Kaz and I were out taking some photos. Three or four other riders passed us by as we puttered about, and we exchanged friendly hellos. And then a ‘Sponsored endurbro’ came riding on through…

What sort of people have decided that the fastest way down the mountain only needs to roughly approximate the path of the trail? If the only way you can win at Strava is to cut 3-4 feet off each corner, you’re not fast. You’re a cheater. Stop it. It’s not a race course. The only people that give a shit are the 10 other idiots that have joined you on your insignificant crusade of self-deception. So I can definitely understand why the climbers were feeling frustrated.

Why are people standing in the middle of a downhill trail (any trail, really)? What kind of person almost gets run over by somebody completing the activity that the space he is blocking was designed for? And then gets further into the way for the next guy coming? And then takes to the Internet to complain about it (ya ya, glass houses)?  I’d hate to see how this guy responds to people driving dangerously on the highway. I understand that the motivations here were pure, but the saying “two wrongs don’t make a right” is well known for a reason.

The heart of this problem is that everybody feels like they are always right, and if somebody else is doing it a little bit differently, they are obviously wrong. If you’re faster than me you’re a maniac. If you’re slower than me you’re a nuisance. Of course the descenders were inconsiderate madmen and of course the climbers were busy-bodied fun killers. We don’t have it within us to judge it any other way.

That’s why we have laws and rules. Nobody can be trusted to judge their own actions. Here are some thoughts from a relatively impartial 3rd Party:

I haven’t been through this area in a while, but it does sound like there could be some improvements in the trail design here. Some sort of squirrel catcher to slow people down on the descent? A sign telling people to yield? I don’t know. This shit shouldn’t really be all that complicated.

And lastly, there’s a whole pile of trails out there. It’s not all that difficult to find a time and place where it isn’t necessary to jockey for position with other large groups of humans. Especially if you’re the kind of person that finds themselves in the middle of lots of conflict, consider changing things up a bit. 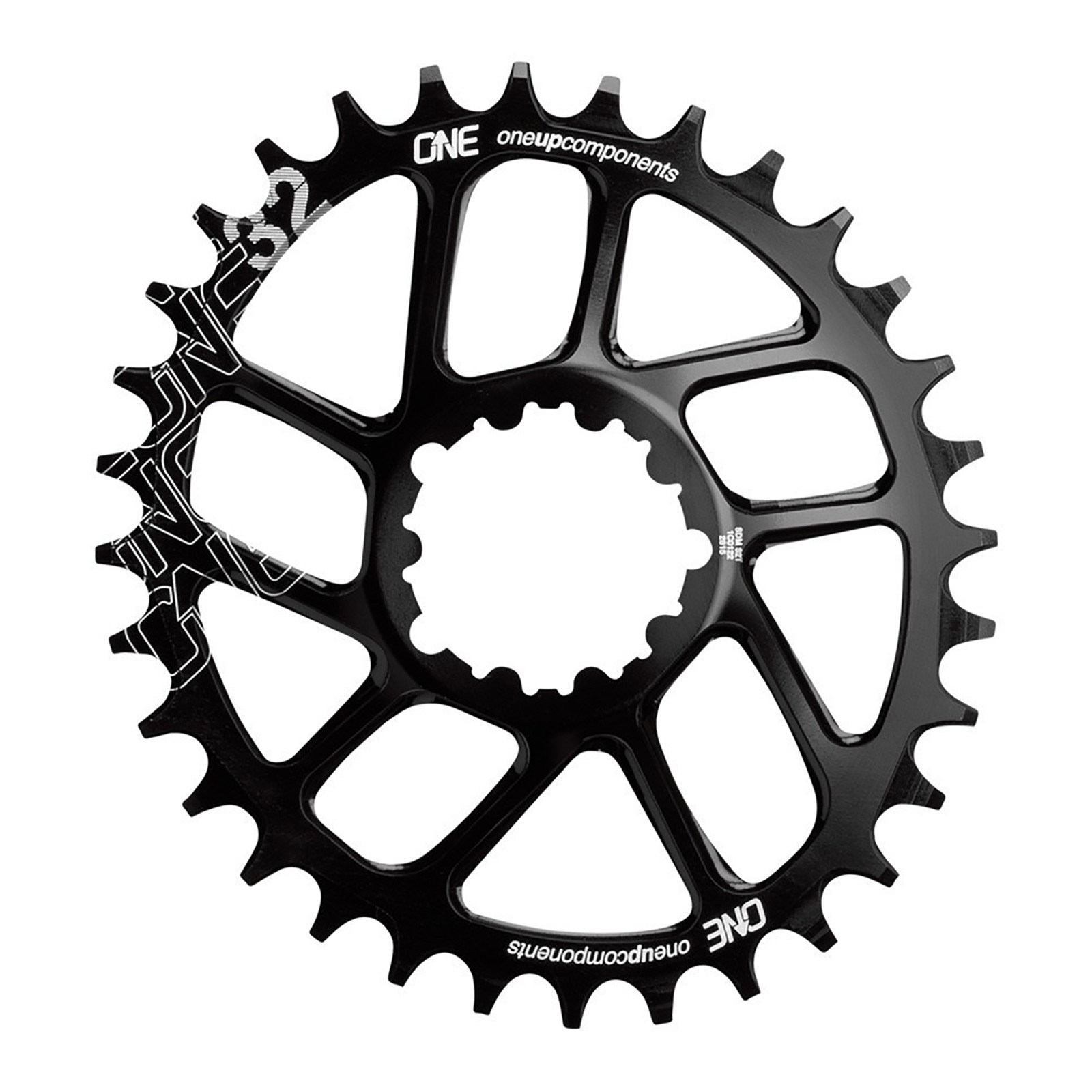 Was everyone wrong here? Even the trails?

this is pure gold i tell you! thanks dave (you aint my uncle)

I couldn't have said it better myself! Respect for others and a little humility go a long way. The times when a situation needs hardcore rules are few and far between, I think. Just not being an arrogant shithead usually does the trick.

Hard to get behind this article because of the title. Anyone else put off when something or someone is called retarded? I've worked with people, really awesome people, who are mentally handicapped. Associating shitty strava users with a word often used to put down the mentally handicapped seems kinda, well, shitty.

OT - As the creator of this here article, I agree wholeheartedly. It's a phrase that gets bandied about mountain bike circles, but I don't think anybody really stops to think about what it means. I'm going to request that it gets changed.

Yes. Thanks for speaking up. It's not cool to use 'tard' and we should know better. Won't happen again.

absolutely ease up when you see or sense people (or bikes, or dogs, or wildlife) are on the trail ahead of you. but i have to admit, i don't understand the milling about at intersections that some folks in groups do. 'let's stand on our bikes right here and have a chit chat about whatever and be oblivious- oh hey, there's some bikes coming through, who knew, oh well there is at least 5 of us, fuck em' this seems to be a common attitude amongst group riders from what i see out there. a general lack of awareness and/or concern prevails.

People just tend to gather where they could obstruct more. Take a sidewalk for instance. If a group of friends meets in the street, they would gather by a lightpole, a bike rack, a news stand… Never in an empty section of the sidewalk.

It's one of those fundamental true facts you just can't prove.

This happened to me in Portland where three dudes who looked like they were Uni social science professors (including wearing cordroy jackets wiht elbow patches), sitting in the middle of the single track, sharing a doob, and brewing an espresso (fair play if you are going to brew up in the middle of a trail at least have the good taste to brew a decent coffee) on an MSR camping stove. Seriously right in the middle of the trail, just around a blind bend (actually a trail kink so it would have been blind from either direction). They were miles from any trail head so a bit of weird place to find them actually. At least they had the good manners to offer me a sip of coffee (appreciated) and a toke of the doob (thanks but not my thing). And everyone was pleasant about it.

I just learned about the very Portlandia #makecoffeeoutside phenomenon. Sounds like they were up to some Instagram outside-coffee-love-making activity.

There's some gold in that reply Dave, nice. "Conduct yourself in a way that shows you accept the premise that you’re not all that important" is the truth.

An important message for all Vancouverites, not just the bikers.

I think there's room for quite a bit more ambition than that, but I like your thinking.

Must be winter… LOL…

I'd love to comment, but there's 17 (17!) pages of disparagement, crankiness, enduro-bashing, strava-hating, and bad spelling to get through. Berightback.

I read from p.15-17 and found the thread funny. I think the mood changed a bit.

Only five pages for me. You may want to adjust your settings.