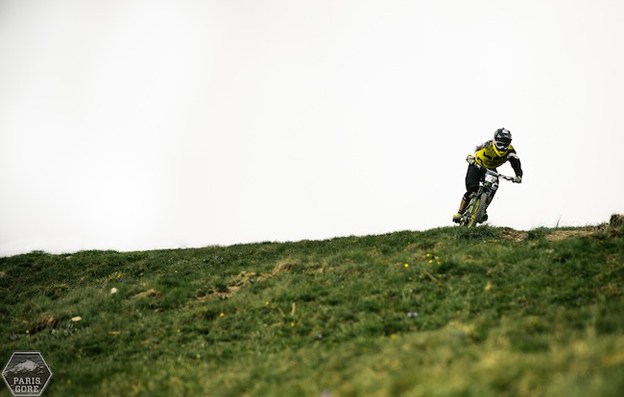 After some bad luck in the last round, Clementz was able to put it all together in Les 2 Alpes for his first win in the Enduro World Series. We expect to see him on the top step again soon, but results are proving difficult to predict. Photo: Paris Gore

LES 2 ALPES, FRANCE July 7, 2013 – Today Round 3 of the Enduro World Series took place at Crankworx Les 2 Alpes with the Cannondale Enduro Les 2 Alpes. While Tracy Moseley has managed to dominate each and every round of the inaugural enduro series, a different man has taken home first place at each venue so far.

For the Cannondale Enduro Les 2 Alpes, Frenchman Jerome Clementz was able to clinch the win and cross the finish line first with a total time of 32:54.738 after four epic stages. This is not Clementz’s first win on the Crankworx stage; he took home the gold in Whistler at last year’s Canadian Open Enduro and also at the Mountain Of Hell held during last year’s Crankworx Les 2 Alpes.

While the men fiercely battle for supremacy of the Overall Series Title, Tracy Moseley has her lead on lock with a third straight win in the Enduro World Series and a time of 38:54.914. The current standings of Overall World Enduro Series Title as of today’s event are Clementz and Moseley.

“The Cannondale Enduro Les 2 Alpes has been the toughest race in the series so far and featured completely different terrain to the last round,” says Enduro World Series Managing Director, Chris Ball. “We saw a different rider win each stage of today’s race on both the men’s and women’s sides and everyone was talking about how tough and different the course was compared to previous rounds. I feel like the sport is jumping up a notch, each round we go through.”

Second fastest Pro man at today’s Cannondale Enduro Les 2 Alpes was legendary World Cup downhiller Nicolas Vouilloz (FRA) +20.282 and coming in third was current World Cup downhill racer Samuel Blenkinsop (NZ) +23.051.Second fastest Pro woman was Cécile Ravanel (FRA), a rider with cross-country roots coming in +15.328, and in third was 2011 UCI Downhill World Champion Emmeline Ragot (FRA) +21.921.
With the exception of Stage 1, which featured a notoriously steep and grueling climb, the other stages favoured downhill technicians and was regarded by the most seasoned enduro athletes to be some of the gnarliest stages they had seen to date. The Enduro World Series was created in October 2012 with the aim of uniting the world’s mountain bike enduro racing community. The Enduro World Series links the largest mountain bike enduro events in the world with the best trails possible. 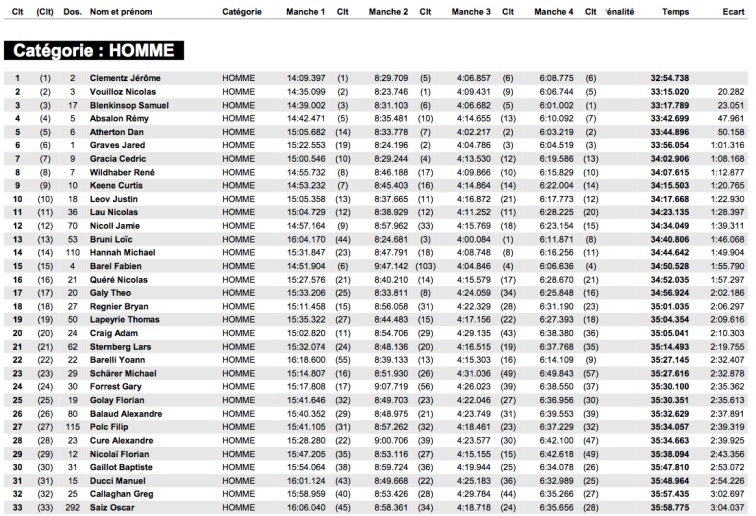 Looks like the men’s points race won’t be sorted out until the end, whereas Moseley is looking set to sew it up. Will any of the girls emerge and push her harder?

i guess it's an understatement to say this is a French dominated form of mtn biking.