Santa Cruz Stone King Rally is an annual, six-day, point-to-point enduro race across the southwestern Alps to the Mediterranean Coast. Centred around the same blend of wilderness adventure and gravity racing excitement that its predecessor Trans-Provence brought about, but set to a fully original awe-inspiring itinerary, Stone King Rally is a genre-defining event.

Racing aside, Stone King is more fundamentally an incredible journey which also lends itself to being enjoyed outside of a race setting. To this end, Stone King Touring Club (SKTC) has been created; a structure of information to help all avid, experienced mountain bikers enjoy their own adventure along the annually-renewed route.

To understand what Stone King and the Touring Club are really about, let's dive deep into Ash Smith's journey towards creating a benchmark for mountain bike events which provide much more than a few days racing across southern Alps but also leaves a positive impact on local communities and mountain biking trail development.

Stone King Touring Club (SKTC) is an invitation to live a non-race journey of one's own making, on each year’s official Stone King itinerary.

Racing mountain bikes through unknown terrain isn’t for everyone. One may be a highly capable, quick rider who dislikes the pressure of the clock. One may be an adept Alps veteran who simply wishes to stop a few times per 1000+ meter descent, be it to admire the medieval village through which your trail passes, or to gaze at the awe-inspiring view.

In concrete terms, Touring Club is a multimedia, A-Z structure of practical information helping anybody to bring their own Stone King adventure to life; from early inspiration, through detailed planning and booking, to turn-by-turn navigation on the route itself. 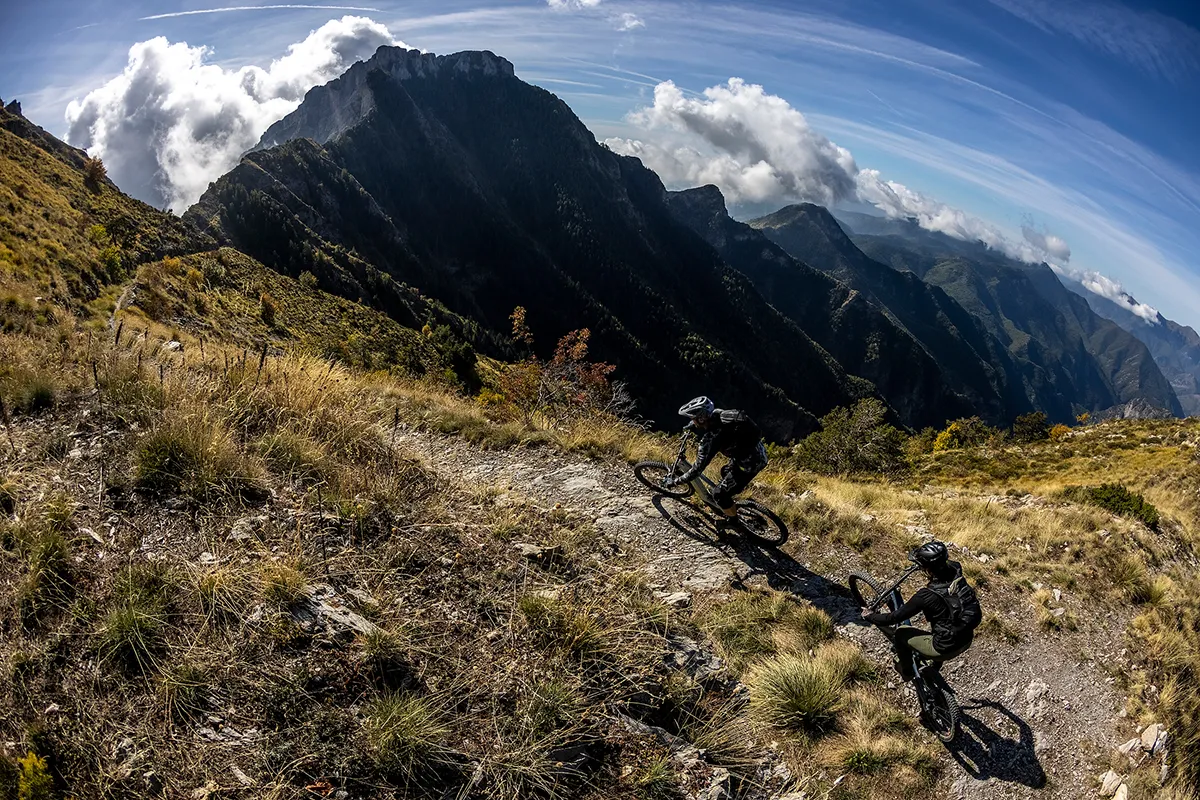 From wild scouting trips to last minute trail checks, Ash and his crew spend months each year in these mountains weaving together pieces of trail to produce one mind-bending itinerary which will be significantly updated each year. We've documented some of these R&D trips to give you an idea of what it's like to ride Stone King:

Trail Projects with the Locals

For more information, and to check out the route for yourself, head over to the Stone King Touring Club website

So it's the second running of a 2250 euro "point-to-point enduro race" which can be "enjoyed outside of a race setting" and it's also a "non-race journey." I'm intrigued - I like big adventure rides, and would LOVE to ride off-road in Europe, but I am a little confused about the expectations for entrants.

Oh, and registration is closed for 2023.