Microshift  debuted a motorized shifting system for a 1 by 11 speed mountain bike drivetrain system in Taipei recently. Aside from the fact that anyone else is making a drivetrain, Microshift should be interesting for early adopters who aren’t ready for the sticker shock of Shimano’s Di2. 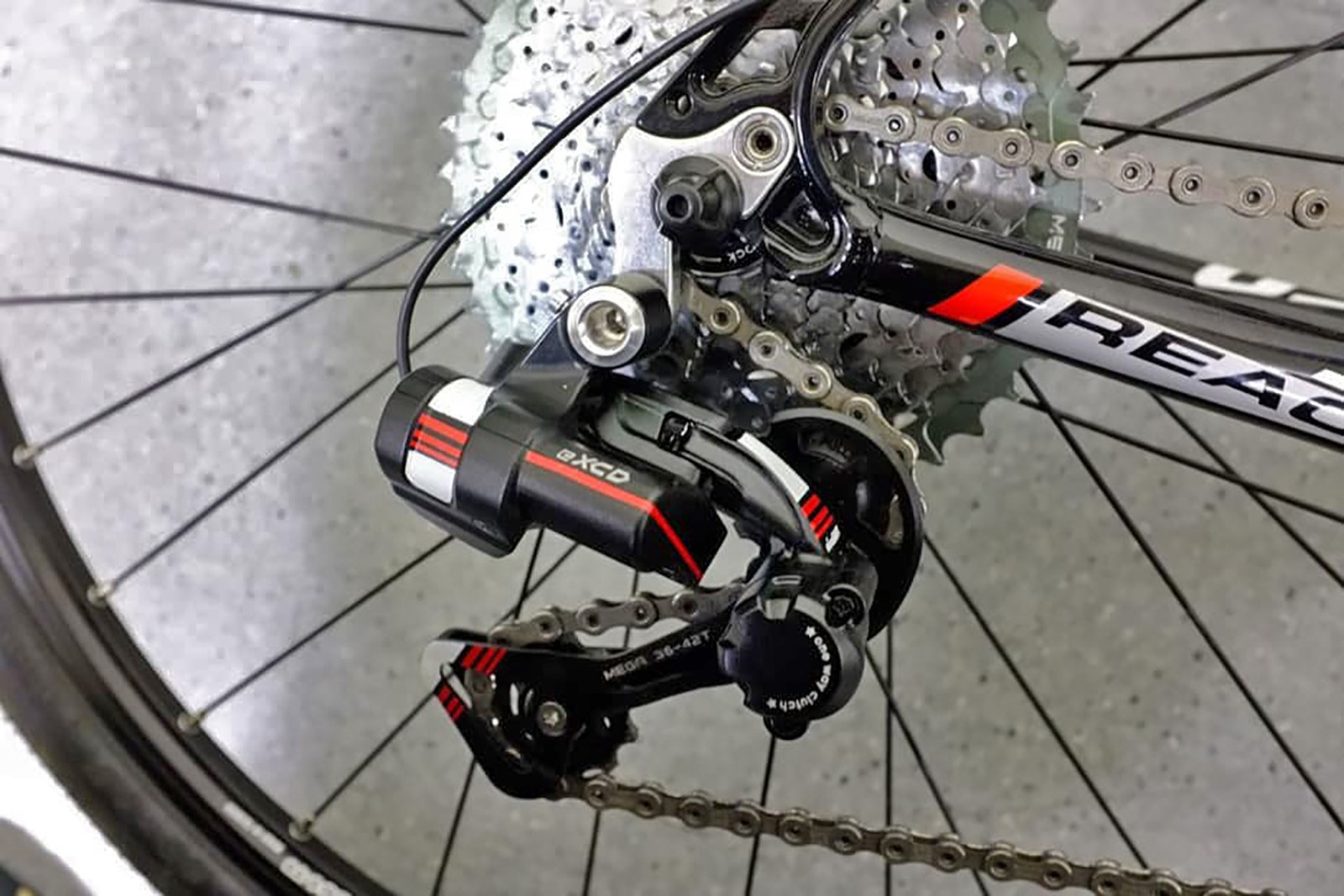 Riders who have tried Shimano’s Di2 system tout the precision and speed of servos. Apparently your thumb can’t match up to Shimano – but Microshift?

Without numbers this is clearly jumping the gun, but there are several indications that this system will come in well under what is currently available. The first is that the system will run on two AA batteries rather than a costly proprietary lithium rechargeable power source. Despite this low tech juice Microshift claims you’ll be able to get six hours of continuous shifting from flashlight batteries. Not six hours of use – that’s like talk time on your phone – so that should last a good long time if accurate. Microshift has said up to 1000 kms between battery swaps. 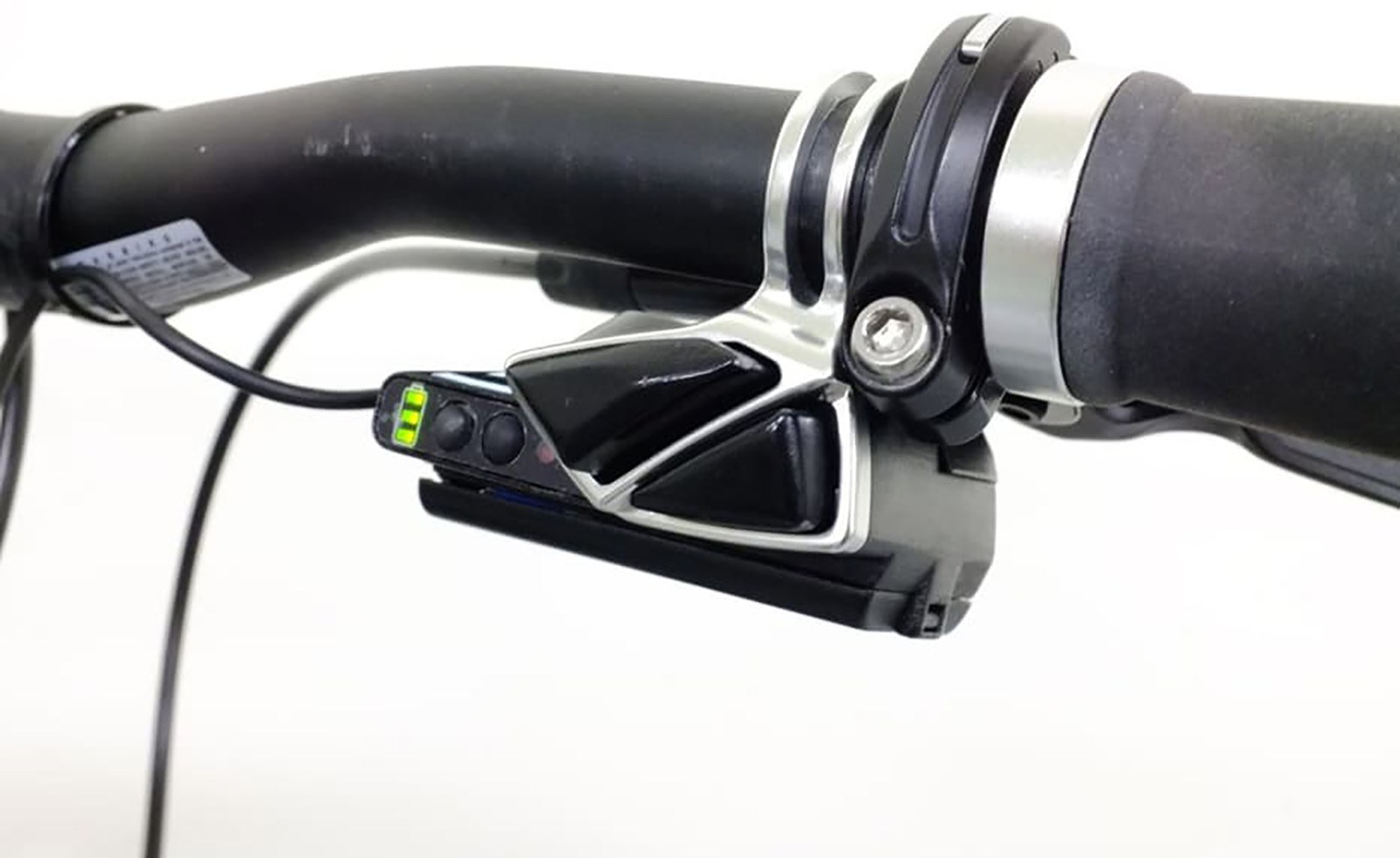 It’s nowhere near as slick looking as Shimano’s tidy and polished Di2 but many of us would exchange refinement and aesthetics for savings.

The system doesn’t try to make the jump to wireless shifting (more cost savings) and the company hasn’t indicated a timeframe to take this product to market, but if you want to be the first one of your buddies to leap into the future you may want to keep an eye out.

How low would the price have to be for you to take the plunge?

Another "improvement" for mountain biking that it really doesn't need. I stick to my paddle shifters thanks.

I have DI2 ultegra on my cross bike and mechanical Dura-Ace on the road bike. DI2 is faster and never misses although I still hit the wrong button or don't push enough at times. I don't find it so much better than mechanical that I will run out and replace all my drive trains with electric. Even if the stuff cost the same I wouldn't change it unless it was worn out. I think it really makes sense though especially for off road where cables degrade and require replacement often enough. But with the cost difference being what it is, I don't think it is worth it from my perspective. And cheaper stuff is all well and good, but I tend to wear out and break cheaper stuff.

I'll bet in the next ten years though we will see electric all down to the lowest usable stuff and only the Wallmart crap will be mechanical.

Gearboxes will never be as good because you loose a ton of efficiency with gear friction. And they are far more complex to build and maintain. They have their place though. Maybe in the future engineers can reduce or eliminate gear friction in some fashion.

Mechanical cable systems are so bad they need to be replaced with a wired AA- battery powered servo system? Another example of engineering de-evolution, not revolution so go side-by-side with 1×12.

Take those batteries off the derailleur and put them elsewhere, anywhere (chainstay, seatstay, seat tube) and I'm interested. If they can price it for less than SRAMs top level package they should have some sales.

Apparently reducing the size of the derailleur is one of the things they are working on - and that would be low hanging fruit.

The whole thing is low-hanging fruit if you ask me. But I think I just ruined the elegance of your pun.

Doesn't really look like it is made for hardcore off road use. Probably a better match for the average consumer who occasionally sees dirt. The rotating pulleys with a chain whizzing through them would be one obvious way to make a self powered or self charging e-derailleur with a much smaller battery.