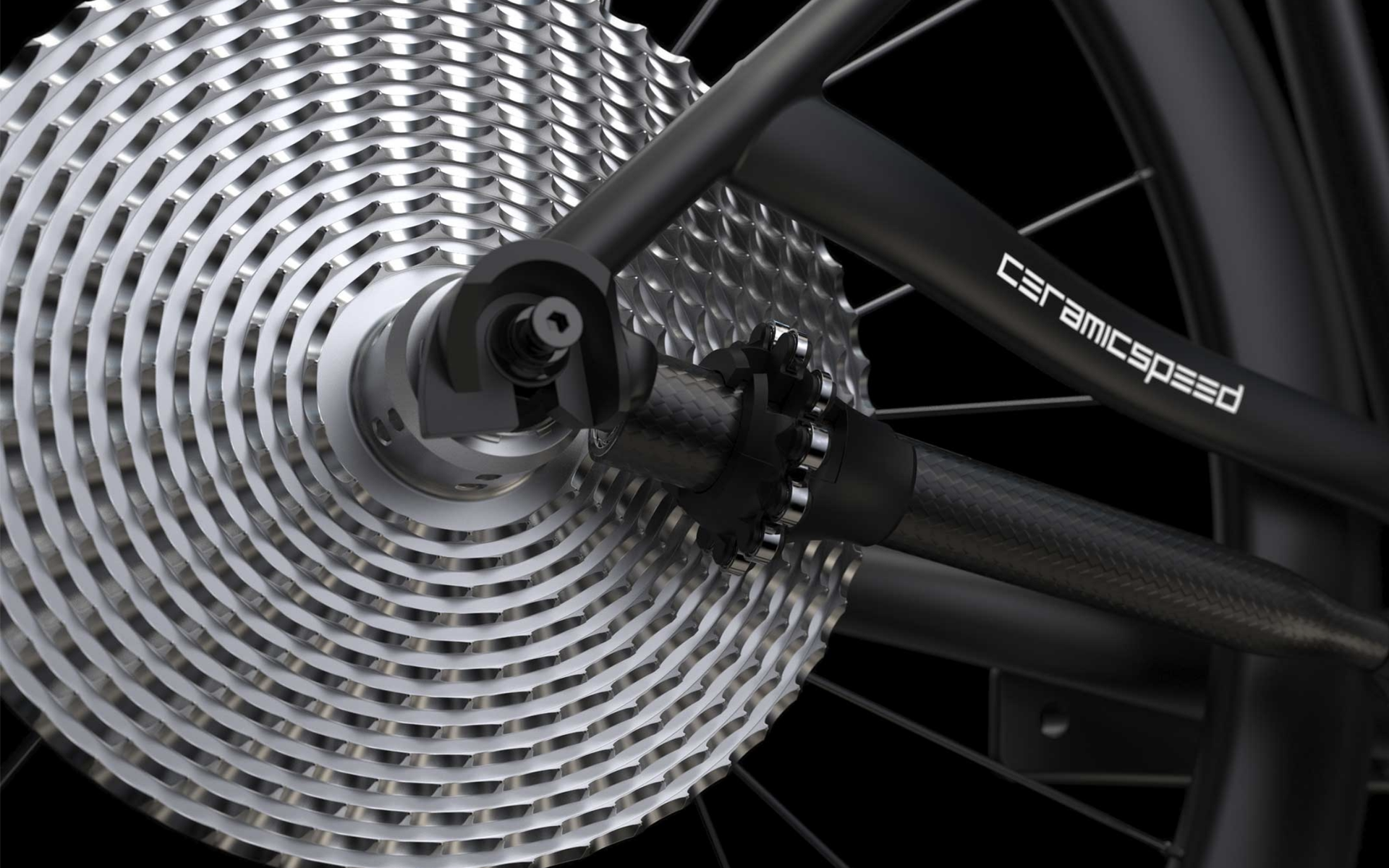 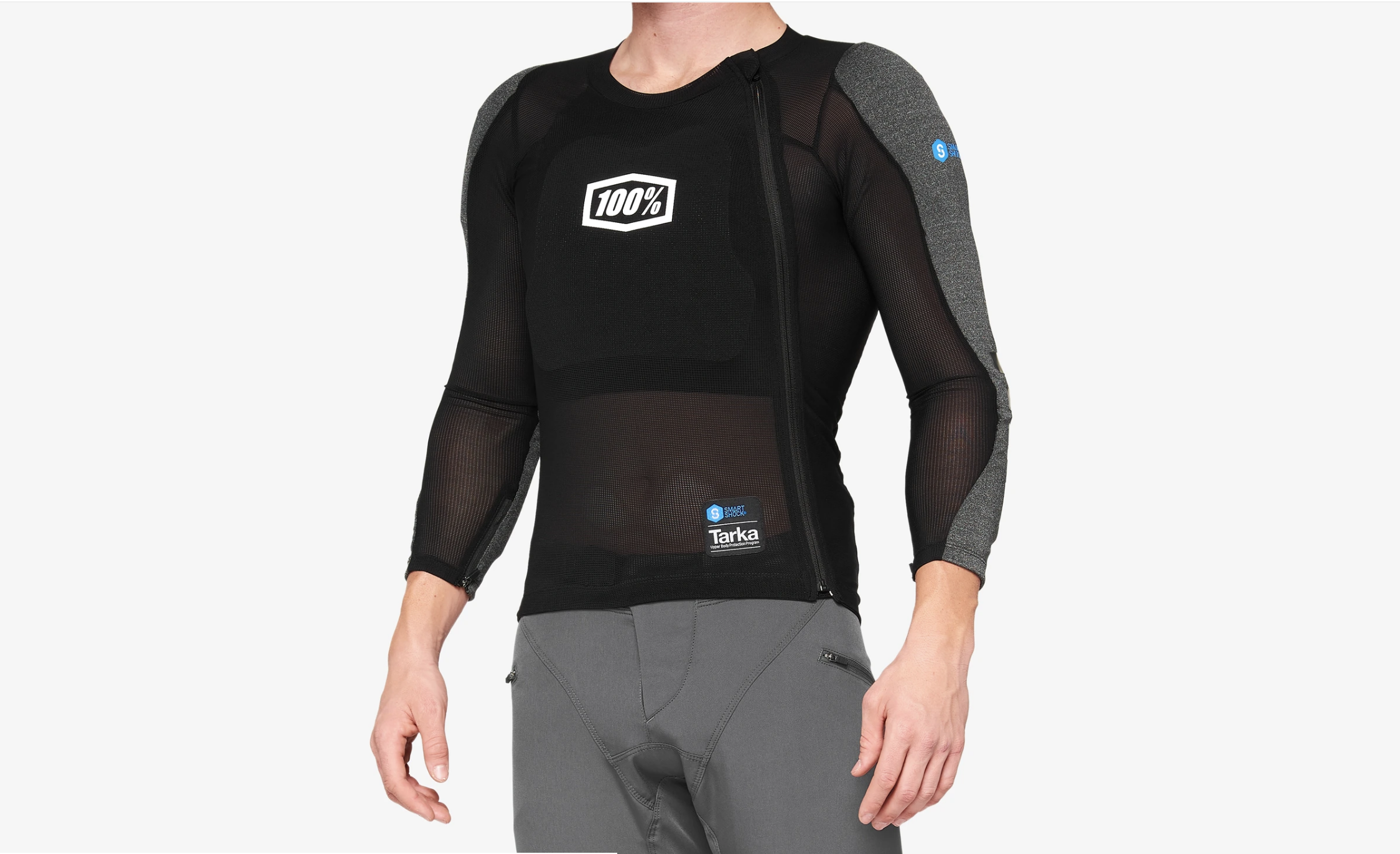 The goggle brand has quickly moved into all parts of apparel and protection. Their new Tarka body armour is claimed to be comfortable while providing protection from impacts. There are three levels of protection offered; a vest, short sleeve and long-sleeve suit, each built with mesh and "designed to offer maximum mobility, ventilation, versatility, and SmartShock® Certified Protection." Protection from the padding varies depending on what part of the suit is being focused on, with the chest of the vest featuring a "Level 1 CE Impact Certification" and the back claimed to offer a "Level 2 CE Impact Certification."

The mesh body is said to be durable, features anti-microbial and moisture-wicking properties for increased comfort and a "stylish off-set front zipper for application and removal ease." Prices range from 149 USD for the vest to 249 USD for the long-sleeve option. Sizes range from small to XXL.

The wild-looking and unique Driven drivetrain was first seen at EuroBike 2018 and it won the Innovation Award for the show. Recently, Driven launched an equity crowdfunding campaign with hopes of raising the money needed to continue development and produce the drivetrain for consumers. After just two days, the campaign raised 1-million USD, surpassing their ~300,000 USD goal. Given the success in such a short time and an additional 600,000 USD in over-subscriptions – which are now on a waitlist – the campaign was stopped early. It was intended to run for four weeks.

With funding now secured, and a comfortable bumper from their initial goal, Driven is now seeking a facility in the Boulder, Colorado area, where it will bring the drivetrain to market. The company hopes to have a functional prototype later this year and soon after that, providing everything goes well, they plan a short production run of complete bikes using the drivetrain. 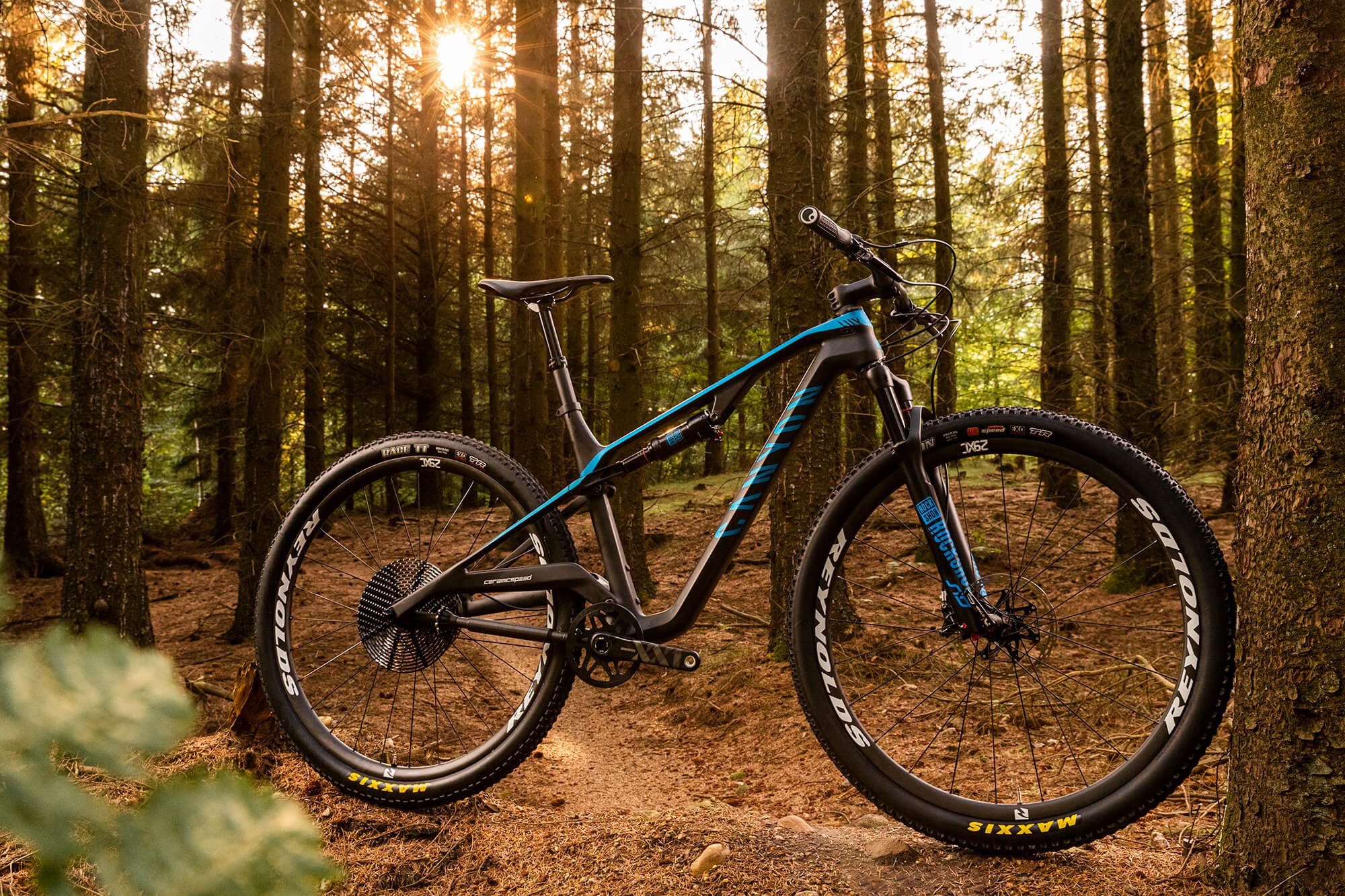 The Driven drivetrain needs a specific frame design to work and with a small run of complete bikes, the company hopes to move manufacturing to Asia and then begin selling it to OE bike manufacturers. Driven claim the design sets 'new standards in mechanical efficiency, aerodynamic drag and production costs.' The company has worked on various proof of concept projects, including a dual-suspension Canyon Lux. It's claimed the drivetrain can work with the changing chainstay and drivetrain length of modern rear suspension designs.

The bicycle industry is booming and recent reports give insight into how well a few of the major brands are doing.

GoPro, while not specific to cycling, is a company well-known and used in mountain biking. Their 2021 first-quarter reports show a 71% increase in revenue when compared to Q1, 2020 with GoPro reporting a massive 224% increase in online sales during the same period. First-quarter revenue amounted to 204 million USD, with a new direct-to-consumer focus garnering 40% of the revenue (84 million USD). Reducing operating costs and an approximate 20% cut back of staff, also played a role in the increased business earnings. 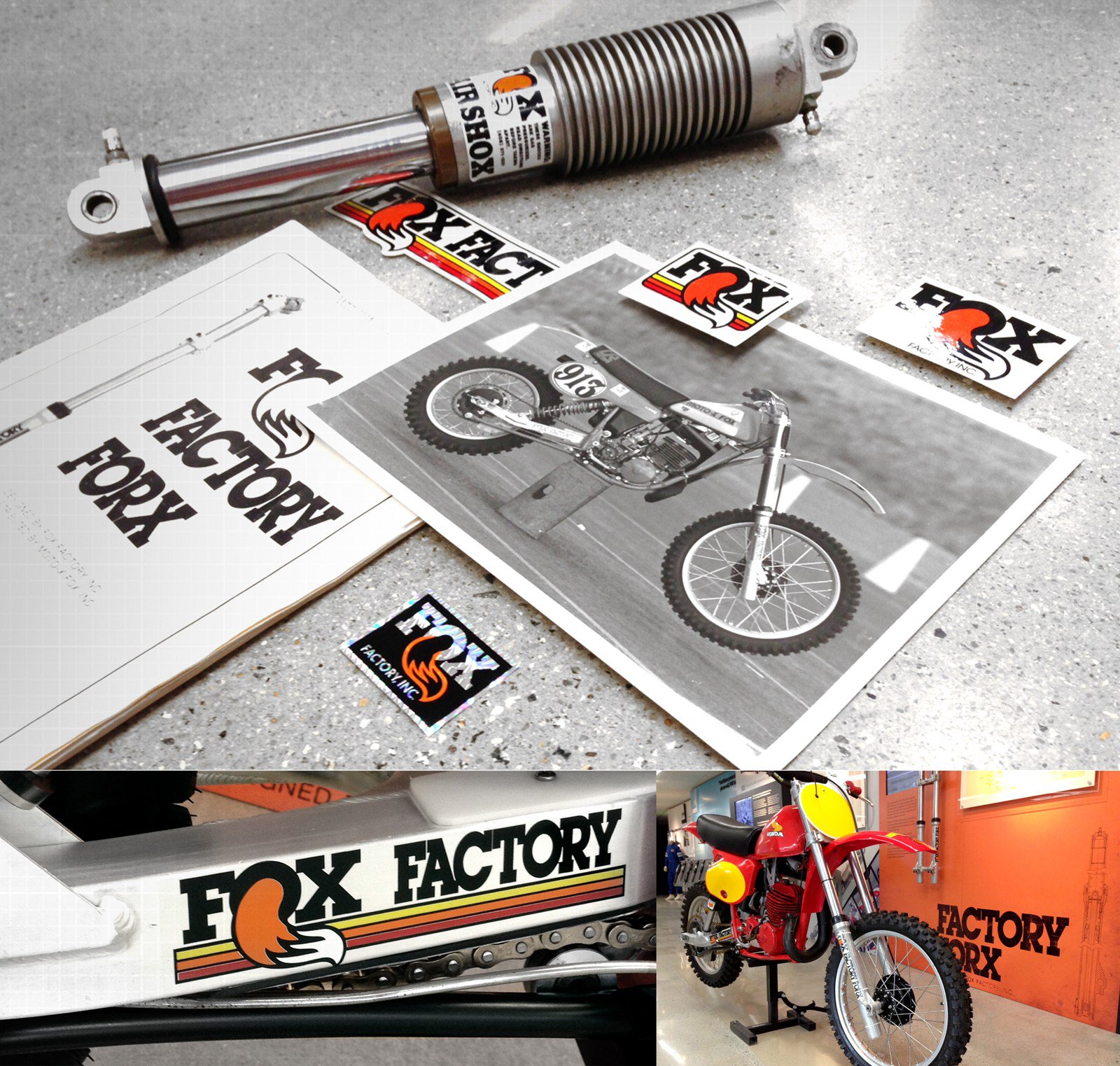 Fox Factory is doing well and their bike division contributed to what was their strongest quarter, ever. Growth in the bike division increased 85.5%, totalling 118.4 million USD. Fox says OE and aftermarket sales each contributed to the growth and despite problems with the supply chain, expect demand to continue throughout the year.

Vista Outdoor's action sports group, which includes Bell, Giro and Blackburn, saw a 50% revenue increase, totalling 105.2 million USD for the period ending March 31 (Vista's fiscal 2021 fourth quarter). The company says new products and e-commerce, in addition to increased participation, were behind the increase. Other divisions, including their outdoor recreation and shooting sports groups, also saw increased revenue during the period.

It will be interesting to see if CeramicSpeed can make that drivetrain work in real world conditions. 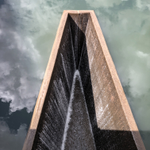 I wrote this on another site:

> They'll focus on the easy and wave away the hard like so many other startups. Shifting is easy (which is to say, attainable if you throw seven-figure development money at it). Transferring torque at competitive weight, cost, efficiency, durability, and compatibility will be impossible. A year from now, they'll have a heavy, enormously expensive prototype made mostly of carbon, with bespoke wheels and frame compatible with nothing, conventional gears that mate without rotating bearing sets, and efficiency comparisons to a dirty chain. And it'll still be limited to recreational power outputs and small riders. Then they'll either refinance and pivot some other direction, or die.

I'm posting it here because I'm fully willing to eat crow if it turns out they can build a bicycle to which physics and materials science don't apply.

yep. i'm not going as far as calling it a scam (though they do appear to be marketing to a crowd willing to spend $1700 on derailleur pulleys, so...), but if there's actual engineers at the helm of this endeavor that don't recognize the futility of this project, i'm scratching my head.

i'm seeing a long list of engineering hurdles with questionable benefits. surprised this got funded, actually.

Could the ceramic speed system be reduced to seven gears and flipped into the front triangle as a derailleur-in-a-box like Minaar’s Honda?  The “cassette” has way less material than the gears in a pinion.

A tiny static driveshaft inside the front triangle driving the gears driving a belt drive/SS would be really cool.

Fully. That would be slick as.

Or maybe people will eventually get tired of the whole chain/shifting idea and someone will come up with a belt driven 5 speed gearbox ebike that's electronically shifted and even has a full auto mode that needs no shifting. All at around 35lbs for a complete bike that works as well for XC as it does for DH. A true quiver killer.

now you're just getting crazy (at least with the 35lb part anyways). that said, i do think integrated motor / gearbox solutions are the future (of ebikes, anyways). makes so much sense.