I’m a professor at a local university about to teach an elective mountain biking course for the summer term. How in the hell am I going tackle the academic portion of the class on “this is a mountain bike”?? I don’t want to scare the poor newbs with every kind of niche genera (genre?) we have available to us. I ride a big burly Reign for every xc, trail, and bike park, but where the F do I start with these students??

At first I thought this was a joke, but I confirmed with the sender that he’s not making this up and this is an actual honest-to-goodness problem that he is facing. I hope that everybody feels a little bit better about life today, knowing that somewhere out there a University course on mountain biking exists.  Rooster, please make your students write some sort of year end paper and share the results with us. Off the top of my head, I can think of a dozen fascinating topics. Or at least three.

Gloved vs. Non-Gloved Riding – The effect of humidity and groundwater levels on grip friction

Suspension Tuning and IQ rankings – Does perceived intelligence rise proportionally to the number of knobs on suspension components?

Shit.  I can’t believe there is only one course on this. Mountain bike fashion?  Gearing through the ages? Advanced marketing speak? You could start a whole program.

Your challenge is actually simpler than you fear.  The genre explosion of mountain bikes is fairly recent, so it should be quite simple to distill the history of our sport down to a few simple categories.  You can accomplish remarkable things just stealing images off of the Internet.  Hell.  You can accomplish most of what you need just by a quick visit to the Marin Museum of Bicycling Website or the MOMBAT’s site.

The Repack Klunker
After Bill Gates cobbling together computers in his garage, this must be the most re-told origin story in the history of the Universe.  My understanding is that back in the 70’s, 500 or so people showed up every weekend to ride an old fire road on their balloon tired bicycles (participation numbers are based on estimates derived from the number of people who claim to have been there and contributed in the invention of mountain biking).  These pioneers began modifying their old bikes, birthing what we now know of as a “mountain bicycle,” as well as providing a bizarrely prescient preview of hipster fashions of the late 2000’s. 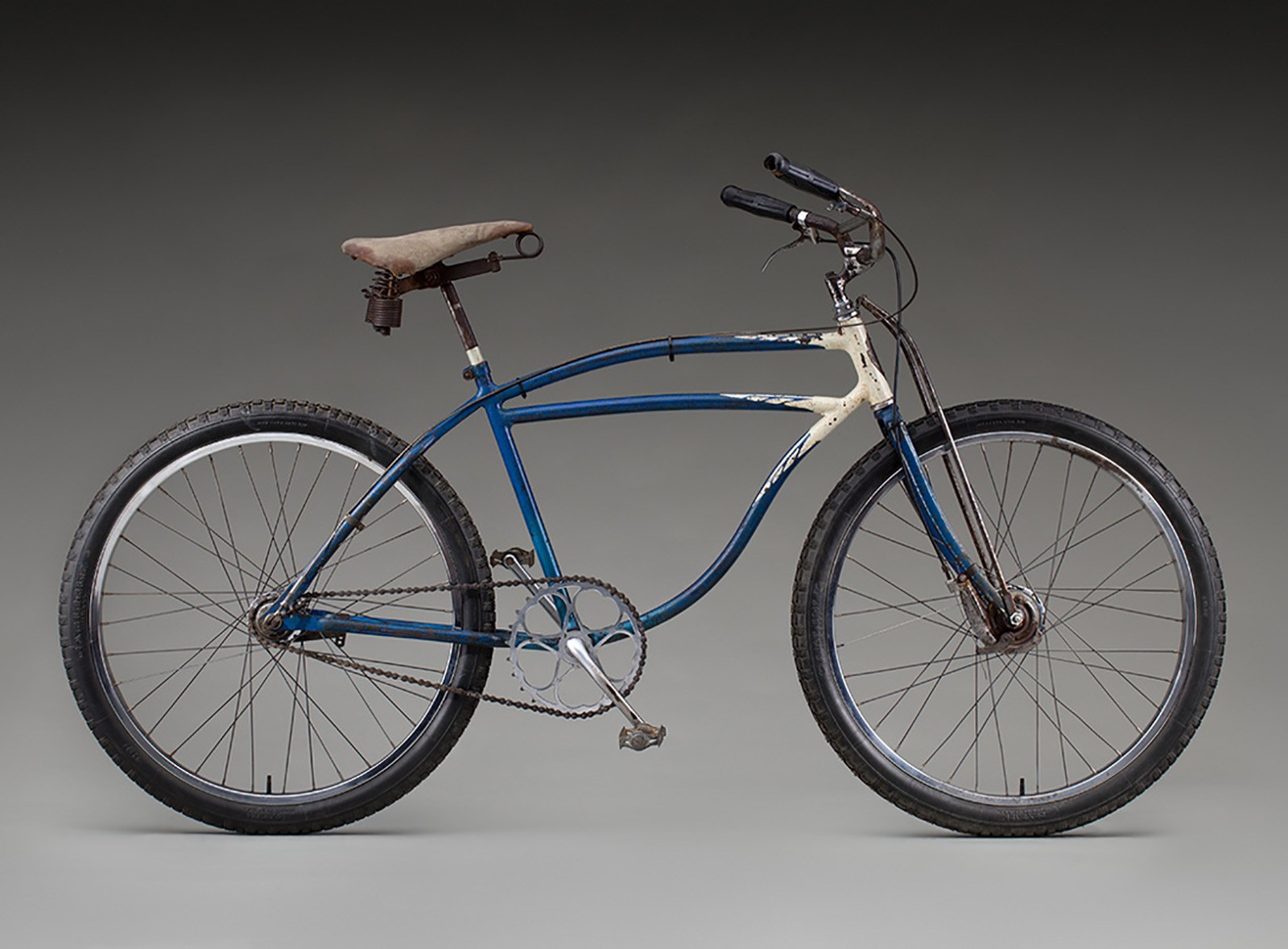 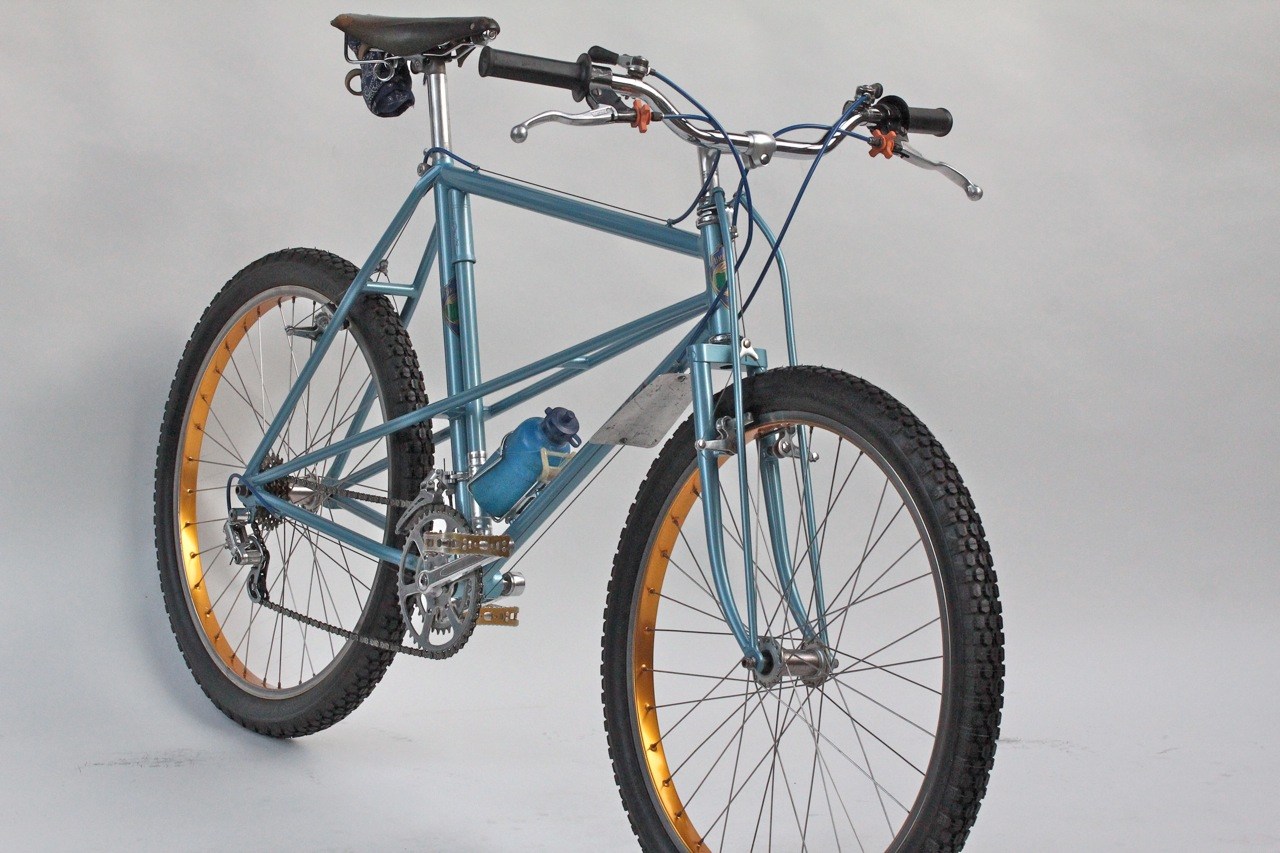 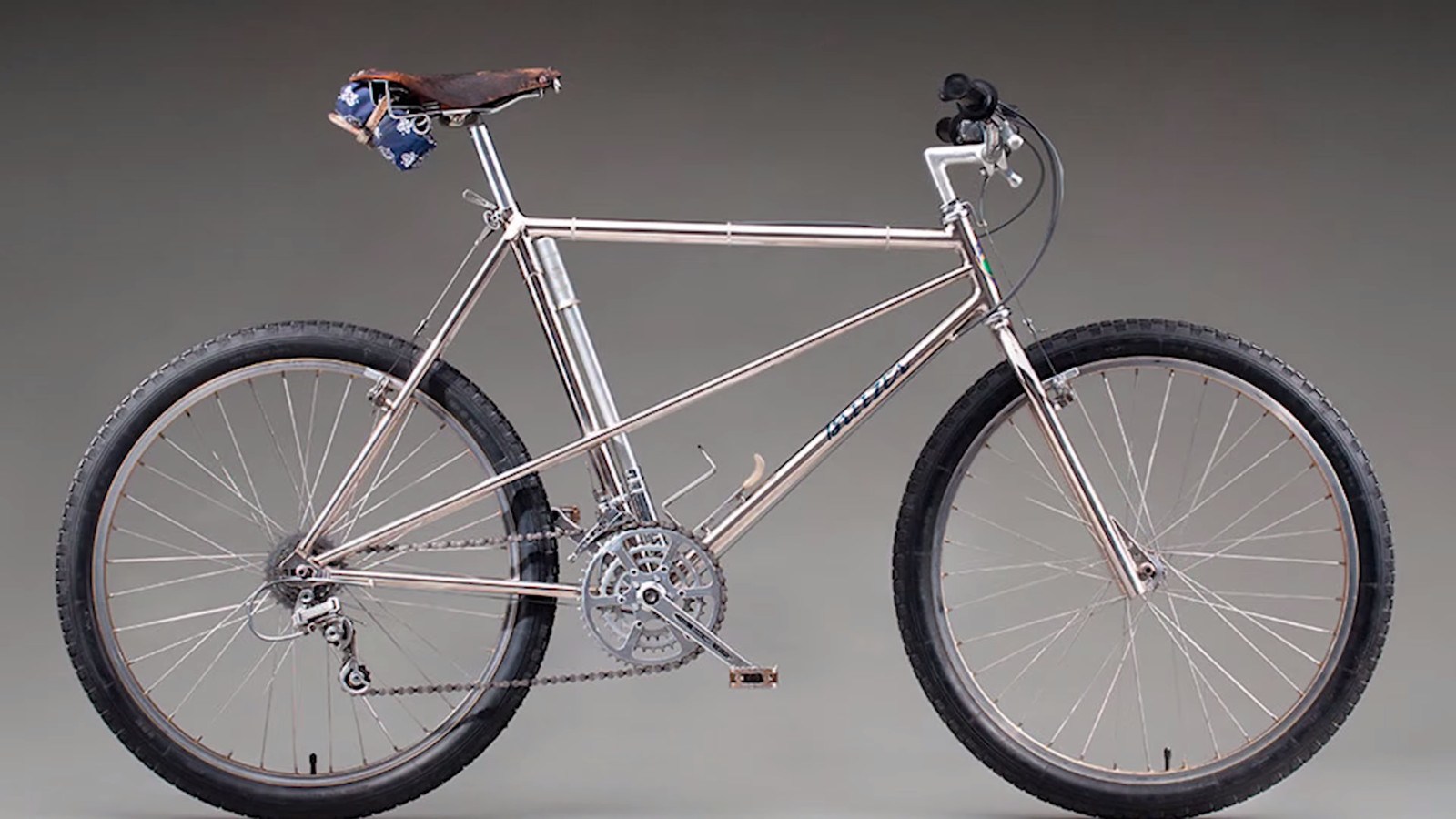 Throw some larger wheels in there, shorten up the chainstays a bit, strap on some disc brakes and a suspension fork and you have a modern all mountain hardtail.

80’s Refinement
This 1982 Stumpjumper is a great representation of an 80’s mountain bike. 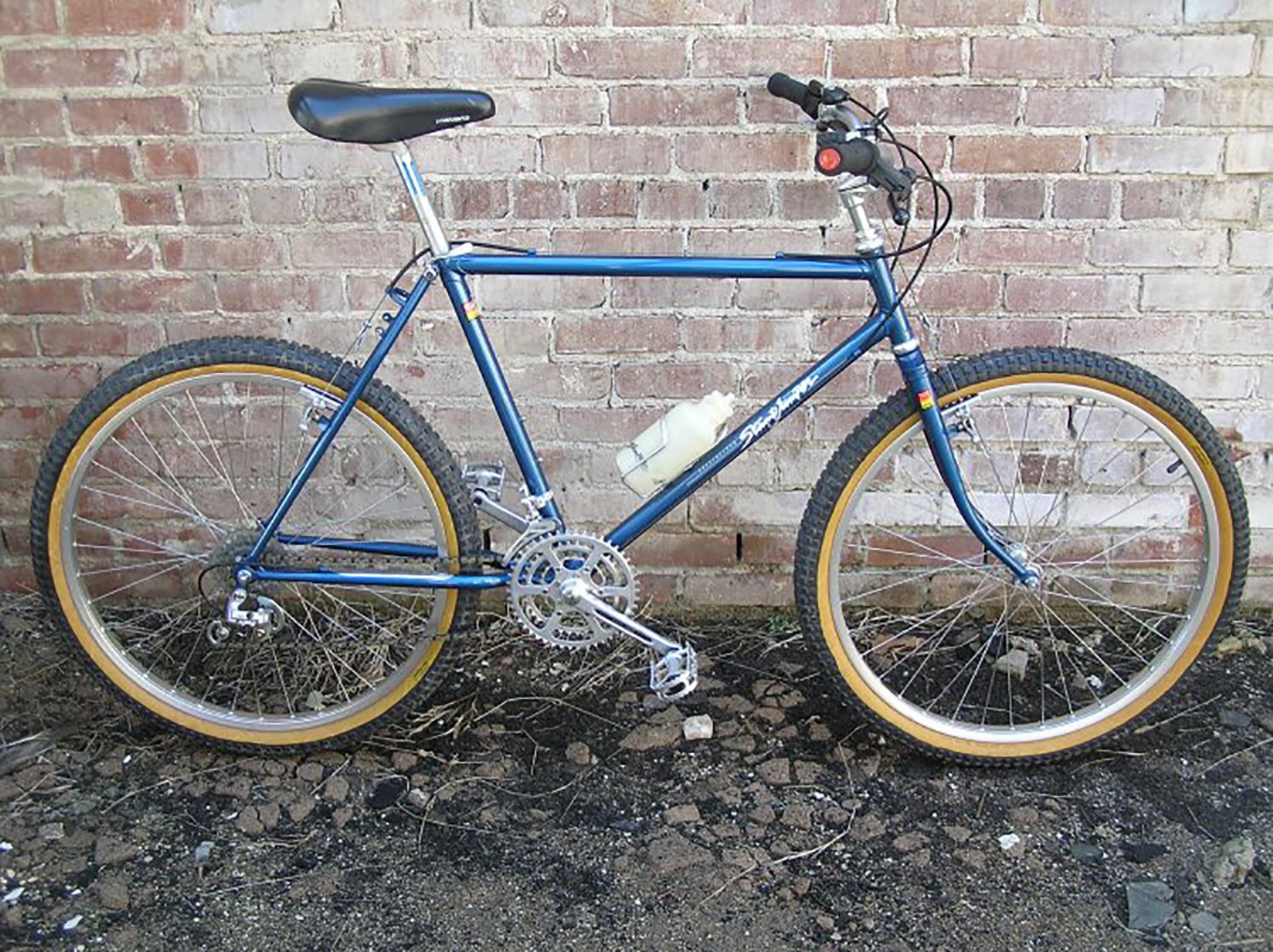 Honestly.  Throw some neon colours on there and swap in some gimmicky components (u-brakes, biopace) and you could have sold this sucker as a new model near the end of the decade. 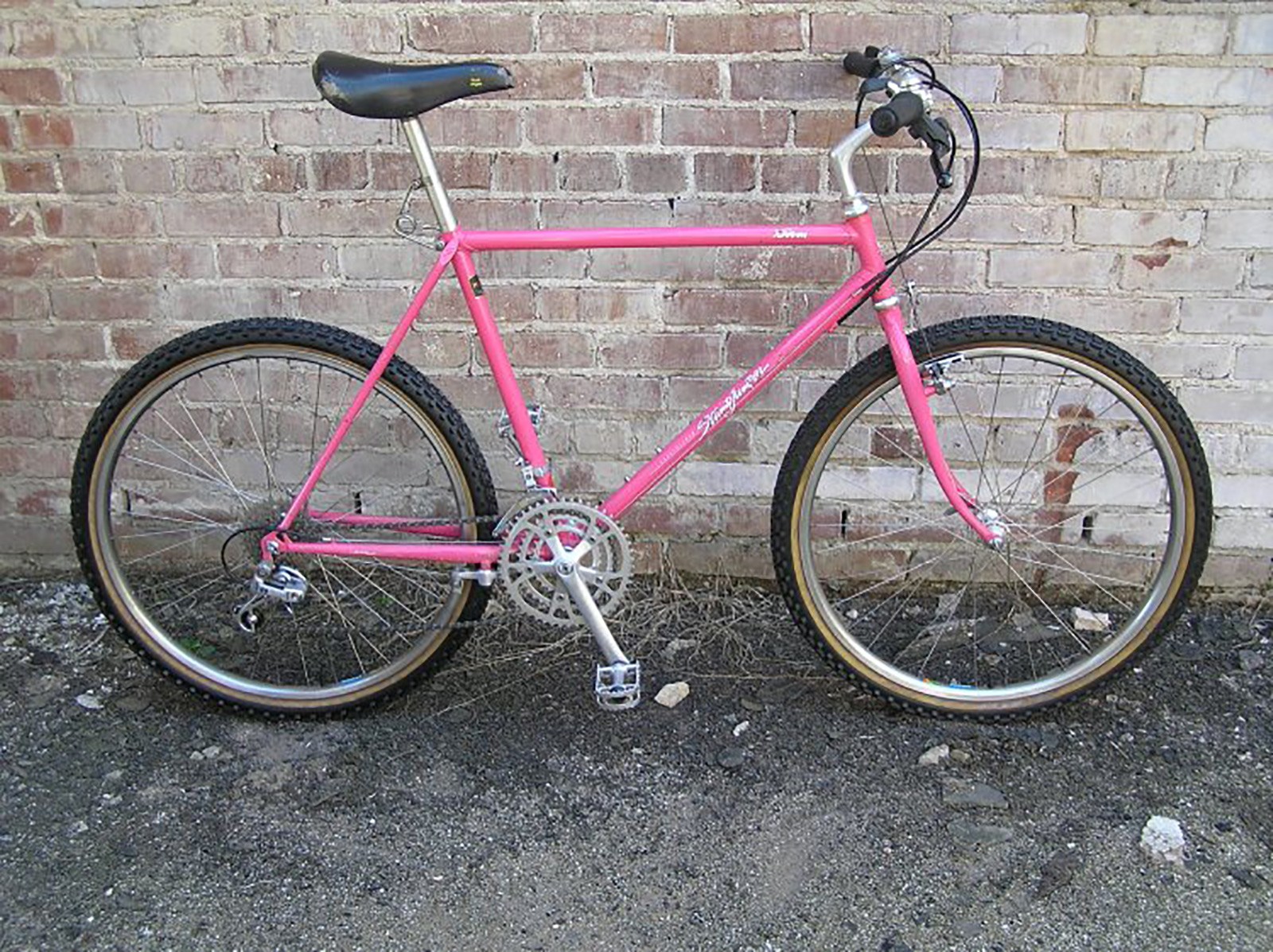 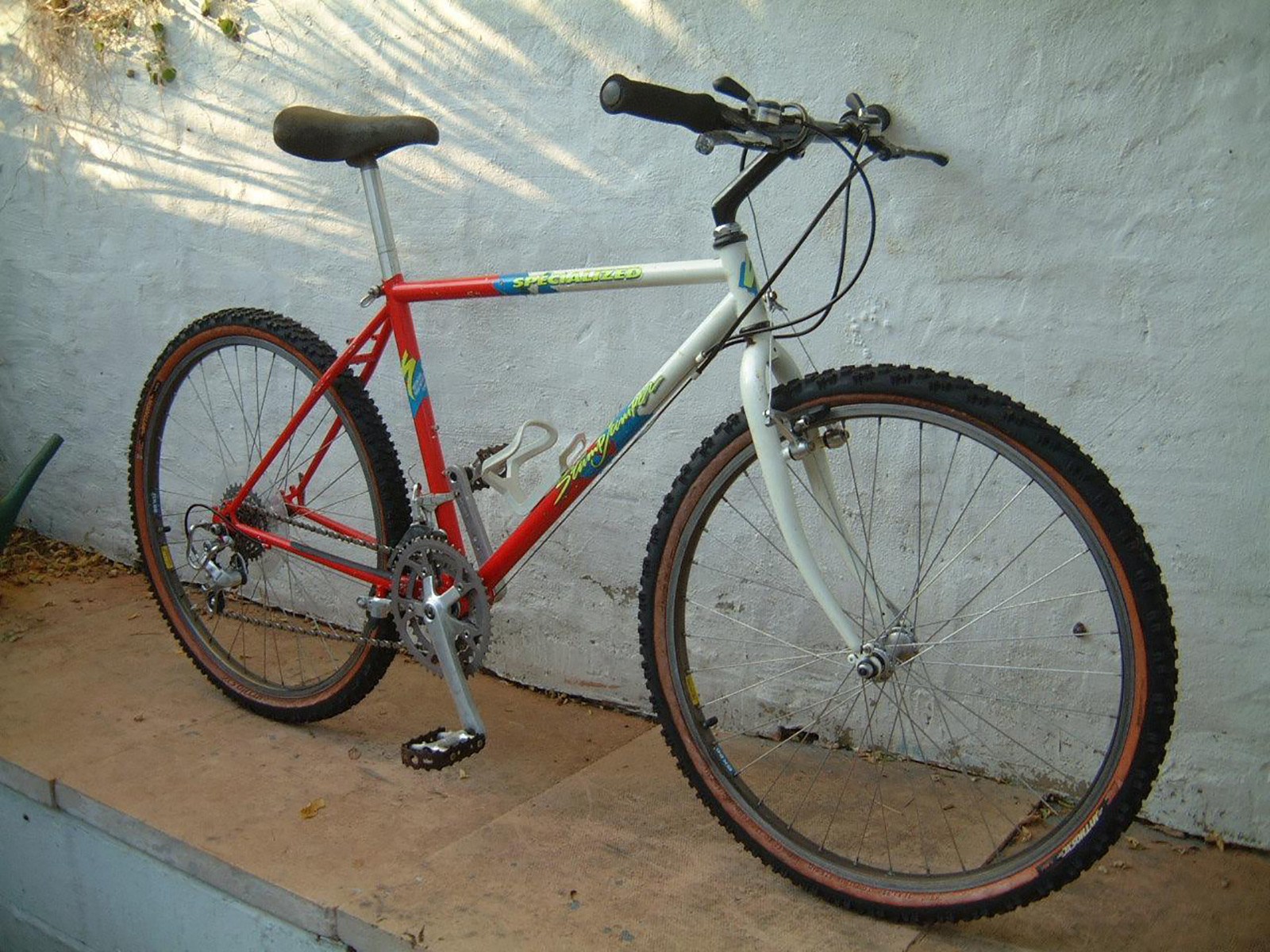 The Transitional Period
By 1990, bikes are starting to transition to something slightly more modern. By modern, we mean worse. Steeper angles.  Flat, skinny bars. Pinner tires. It’s amazing we were able to do anything on these bikes. At least they were closing that monstrous rear wheel gap due to the tractor-trailer length chainstays.

Norba Bikes
And this is what we were transitioning to. The heyday of mountain biking was a strange, strange time. It was a tremendous period of “advancement” that resulted in all bikes looking exactly the same, due to their singularity of purpose – Winning cross-country races held exclusively on dirt roads.

The above Barracuda is a perfect example of this era of bikes. Fancy machined and anodized components, bar ends, two inches of poorly performing suspension travel, easily dentable aluminum frame, all thrown together by a company that would soon be out of business.

Early DH Bikes
We can’t ignore what was going on with DH bikes. While everybody was busy riding those awful aluminum XC bikes, interesting things were going on over in the DH camp, and this would eventually shape where bikes were heading.  Shaun Palmer’s Intense M-1 is all you need to know about this. 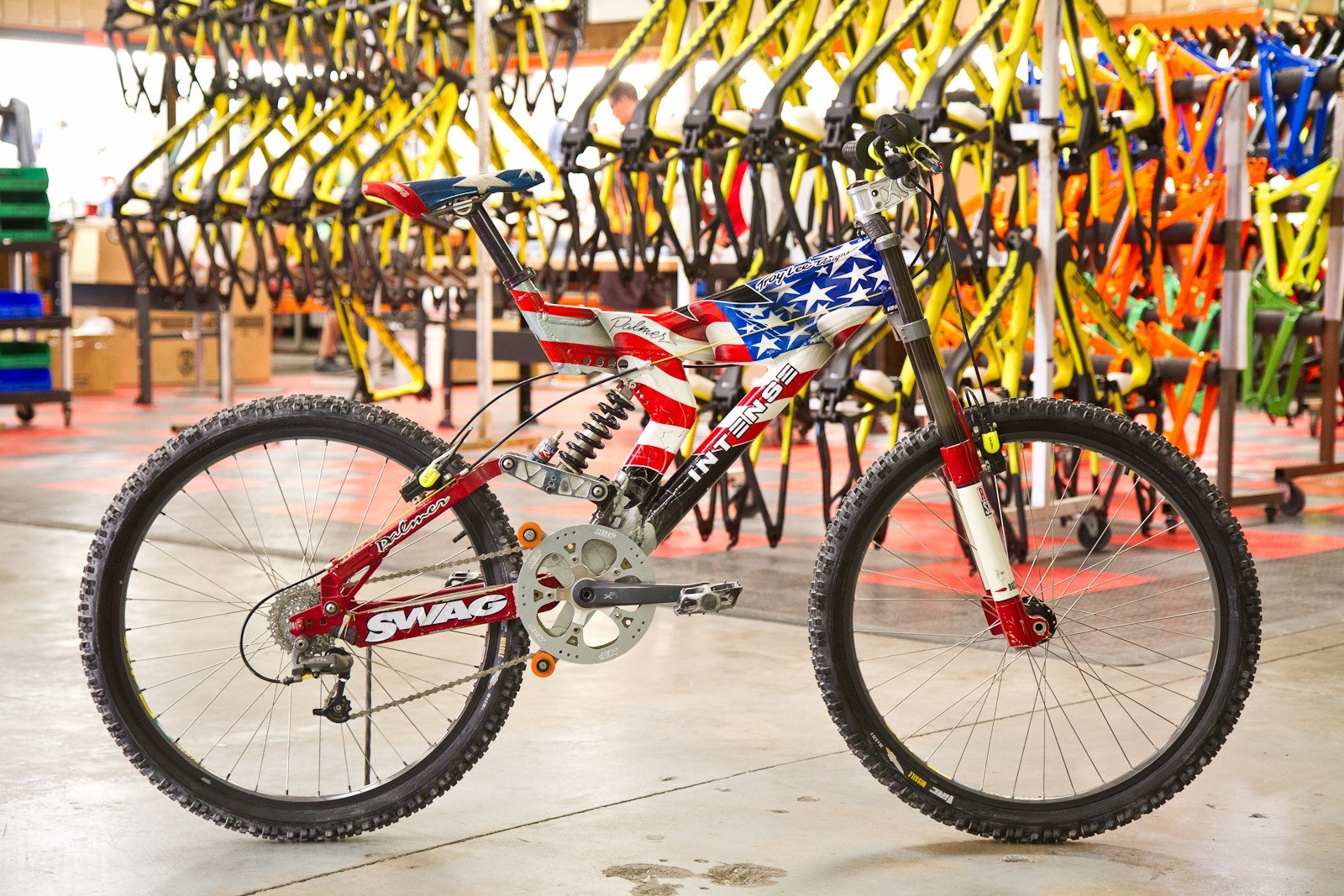 Shore Bikes
Whatever. I’m going to claim it. We helped make your bikes better. By riding on difficult trails and constantly breaking things, we forced bike companies to keep up.  Without us, you’d probably still be lurching around a dustbowl on your crappy 26” XC hardtail. And The Hummer was the only bike you wanted. This one would be perfect if you swapped in maguras, gearing, and a period correct crankset. It’s remarkably difficult to find a good photo of one of these bikes from back in the day. 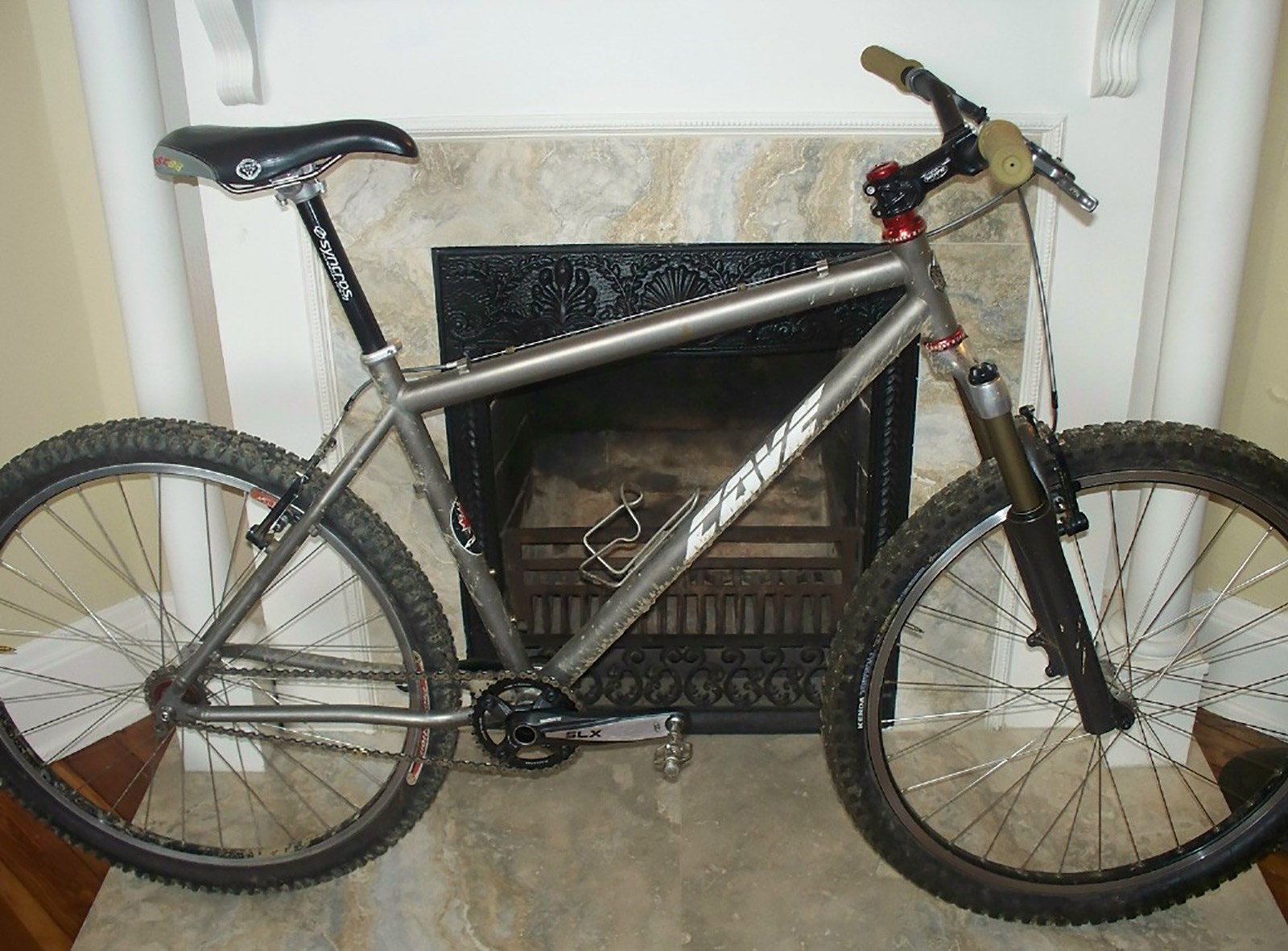 Freeride
We can’t deny that this happened. Teach the new generation lest we repeat the mistakes of the past.

This is where I’d stop. Once we reached this point, things started to diverge. Everything became more specific and specialized. Once we had a full suspension bike on which you could spend an entire day, divergence was inevitable.  XC went in one direction, DH in another, and all the categories in between splintered. For everybody, this bike was different. For me, it was the Santa Cruz Bullitt. I never owned one, but I dreamed about shirking my hardtail and huffing to the top on one of these babies.

Rooster, here’s an opportunity to teach your students about Canada’s most accomplished DH racer. We now have our Steve Smith fundraiser going – with net proceeds going to the Stevie Smith Legacy Fund. We’ll make the donation for you and send you two sticker packs to share with your friends (or students). We’re even going to throw in a new NSMB.com sticker pack – to teach your knobby apprentices about our approach to mountain bike media. 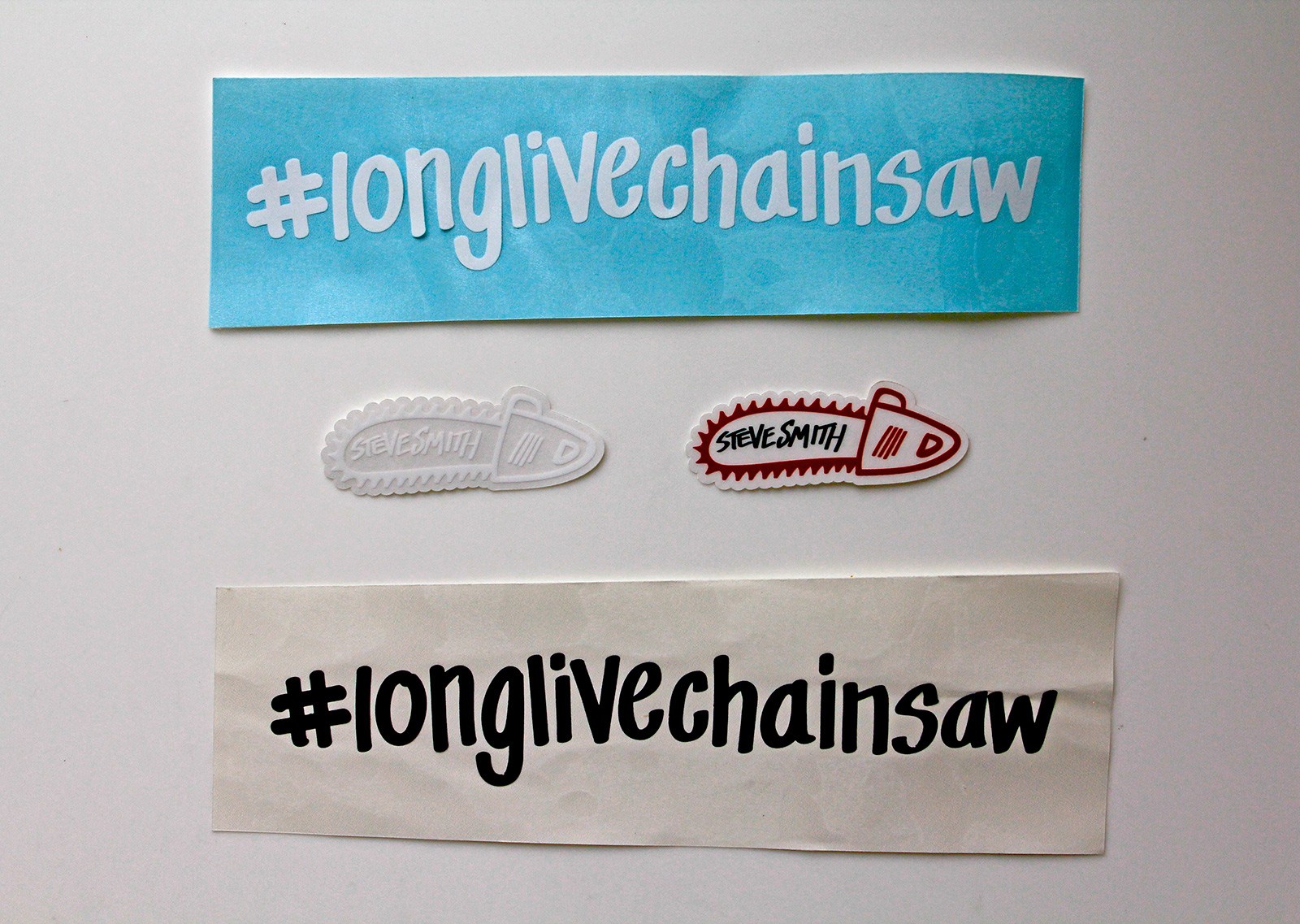 Get your diecut vinyl #longlivechainsaw decals with Steve Smith chainsaws – all four for $10 including world-wide shipping and a donation for Stevie.

My God you stopped at a Bullit with 125 Psylo mounted to it, if my daughter went to that school, how should

I'd add in: the aspects of society that changed and were changed by mountain biking, the rise and fall of XC racing as the main driver of mountain biking, the presence of women in mountain biking [bonus points for examples of "pinkwashing"], etc. Focus on the social history of mountain biking instead of the names and dates to get a better understanding of why things happened the way they did - look for patterns in societal attitudes, demographics, disposable income levels, etc. "Why did inline skates die but MTB continue on?"

Tech-wise, you could look at the influence of specific things that made a big difference: the Horst Link, Shimano clipless pedals, hydraulic disc brakes, carbon, etc.

as well as providing a bizarrely prescient preview of hipster fashions of the late 2000’s. hahaha

End every class with a Matt Dennison film!

I think I would go a slightly different direction with the coursework. Teach MTB skills. Test on the theory of those skills. "When you approach a log across the trail, what is the best technique for clearing this trail feature?" teach the correct way to do wheel lifts, corner, climb, downhill, bunny hop, and manuals. test on understanding the proper technique. Don't make them just learn a bunch of history. that's lame.