How Many Bikes Should I Own?

How come all drier lint is the same colour? Whether I’m washing riding gear, regular clothes, dirty old towels, fine furs inherited from generation past, or the cat that keep shitting in my vegetable garden, the lint trap always contains a purple-ish grey fuzz. Can you explain this enigma?

I’m continually amazed by how badly our public education system fails us. You’d think we’d want to teach people to grow up to be fine, well rounded citizens, cautious of taking on too much credit card debt, concerned about voter apathy and aware of current events beyond professional sporting scores and Kardashians. Why don’t we teach kids about first aid? Basic auto repairs? Laundry techniques? Instead, a few forgettable facts about ancient Mesopotamia are much more important than any sort of applicable life skill.

It wasn’t until cohabitating with a female that I really learned about laundry. The first lesson was about the grey area that resides between regular clothes and those that get dry cleaned. Did you know that there are certain things that go in the washing machine but not the drier? And I’m not talking about Gore-tex or other performance fabrics. Entire categories of clothing that get worn on a regular basis that can’t be placed in the drier.

The next lesson was on the proper separation of laundry into piles of like colours. We all know this one from childhood, but watching it play out in practice is quite startling. It seems that when you possess clothing that isn’t just various shades of black, grey and dark blue, you can organize it such that you get entire loads of specific colours. Just last week we managed to fill the washing machine with shades of red. Where did all of these cheery colours come from, I have no idea. And then, when we put them in the drier (some, not all), a magical thing happened. We cleaned out the lint trap and it was sort of pink! It resembled the clothing that had just cycled through! It was amazing.

I’m moving overseas in a couple of months, and the locals don’t speak English. They also haven’t really embraced forums or Facebook. How do I meet new people to ride bikes with?

1 – Find an attractive member of the opposite sex.

2 – Dress them up in riding gear and take a photo of them standing with a bicycle.

3 – Create a Tinder profile using that photo (sub in the local hook-up website of choice if Tinder is not applicable).

4 – Sit back and watch the requests roll in.

5 – Pick the least sketchy looking applicant and set up a ‘riding date.’

6 – Show up at the trailhead one hour after the agreed upon time.

7 – Offer up a shoulder to cry on and suggest that a rigorous mountain bike ride is exactly what they need right now to forget about this terrible person that just stood them up.

8 – Congratulations! You just made a new riding friend!

N+1… S-1… How many bikes should I have? If I can justify it to myself and my wife (and maybe even ride it occasionally), is that good enough? And whatever happened to the marketing idea of a “quiver killer” all mountain bike that would make all other bikes obsolete?

Sincerely,
Out of space to store bikes but I still want more

To be totally honest, I’ve never really understood this whole N+1 or S-1 formula thing. I think a lot of people get confused, can’t explain what they’re talking about and combine the two things into one piece of nonsense disguised as a mathematical formula.

My problem has never been about how many bikes one should own. It’s been that every single purchase I’ve ever made in my life feels like some sort of unwinnable compromise. We could be talking about bicycles or we could be talking about lunch. It never feels completely right and it always seems like I’ve made the wrong decision. It feels like the thing that I want might exist in 6 months, but it doesn’t right now. So I either have to spend money on something that isn’t perfect now, or I have to wait six months. Before finding out that the thing I’ve been waiting for either isn’t as good as I thought it was, or there’s a new something that is going to be even better. Six months from now.

So worry less about the number of bikes. Be honest with yourself, think about what you really, really need a bike to do, and then buy the one that you think will best fit those needs while still approaching your budget. And then never again open up a mountain bike related website or magazine. Do this, and you should be fine.

Dave really doesn’t care who gets the prize this week. All of them? None of them? The guy with the cool car next door? What does it matter? It’s probably going to be a really cool prize. Isn’t it?

Instagram is really shaping up over at @davetolnai. There was a picture of a bike this week. There was a dog in there too, but we’re heading in the right direction. 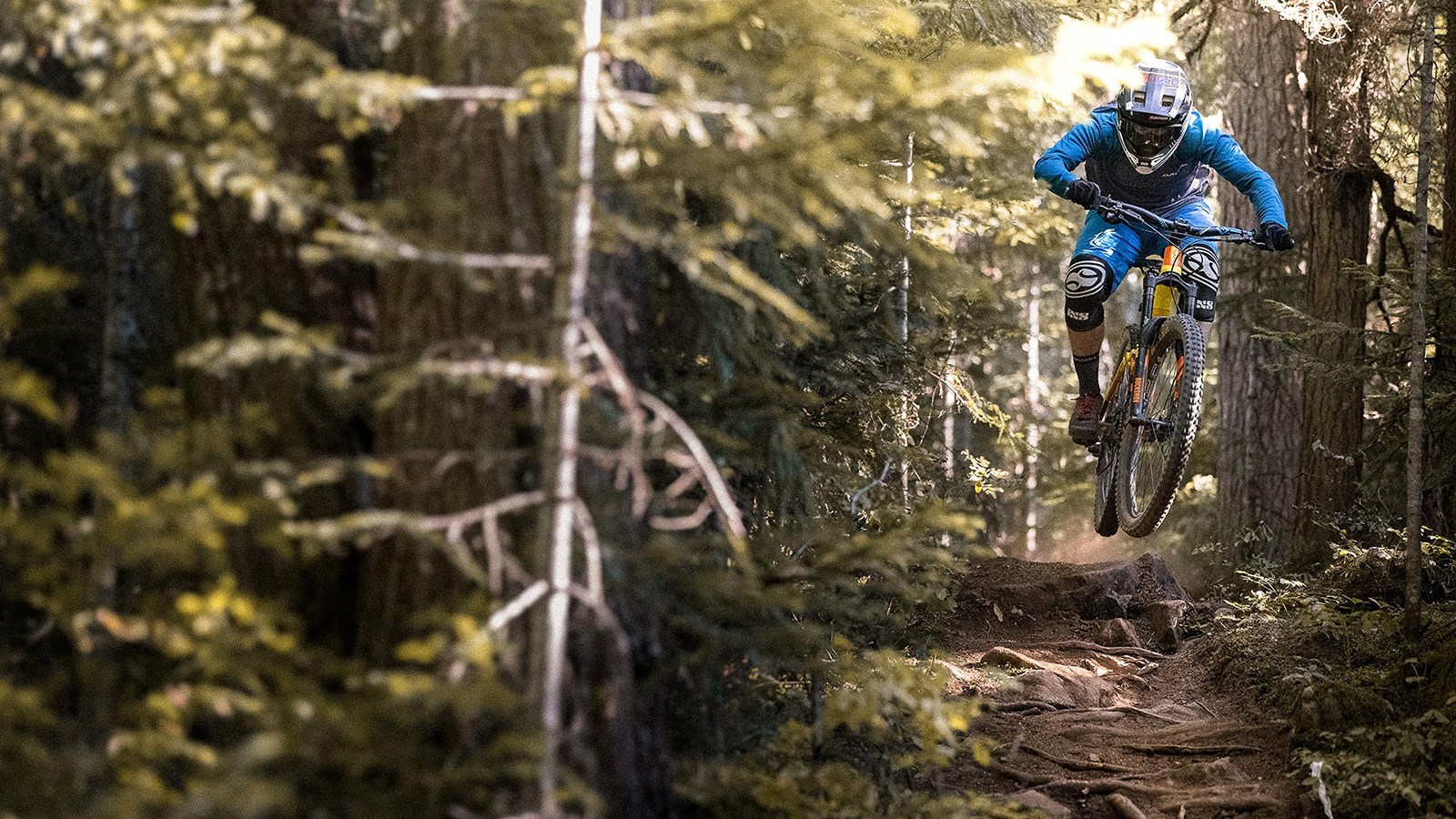 We care who gets the prize and it’s Chala. And yes – it’s a really cool prize. You win two day passes to the Whistler Mountain Bike Park – which is scheduled to open this weekend – May 20th to be exact!

Got a question? Like prizes? Fire an email to askuncledave@nsmb.com

Dave, that female has steered you wrong (on one detail). Put that Gore-tex in the drier. It will come out working BETTER. The heat reactivates the DWR (durable water repellent) a spray on coating that is on the outside of the fabric. If you don't believe me iron a section of fabric and then pout some water on that section and another that you didn't iron and see what happens.

Uncle Dave actually isn't advanced enough to own any Gore Tex fabric. This was merely speculation on his point.

Is this true? I feel like my whole life is a lie right about now…

Also true of most (all?) non-Gore-Tex membrane waterproof breathable jackets as well.

Every couple of washes I throw my Polartec Neoshell jacket in the drier and every few months I give it a bath in Nikwax wash-in DWR treatment.

Other than the jacket being a bit ugly from crashing/wear/trailside bike repairs it works 100% as new after two years.

This is very true. I can't believe how bad the brands and Gore-Tex are at publicizing this fact. I've included it in jacket reviews in the past, but it still blows my mind how few people are aware of it.

Except double check. My Race Face Chute jacket (non goretex) can't go in the drier. The taped seams will come apart. Someone needs to post a translator/legend for all those little symbols on the washing instructions. WTF does this triangle mean?

True. I stumbled across this fact on the Arcteryx website last year and it rocked my world. Went on to check for all the big membrane shells (GoreTex, eVent, DryQ, etc), same story. Always dry em, and hit them with some Tech Wash or similar every once in a while. My jackets got instantly better.

From a more scientific point of view – what Chala is doing in the drier is a crude version
of Goethe’s experiment to disprove Newton’s theory that white light consist of
multiple colors of light mixed. When Goethe was trying to mix colors with a
spinning top he got grey instead of white hence he felt that Newton was wrong.

What happens in the drier is additive color mixing, but you’re using a randomly chosen
mix of impure colors, so the result will always be greyish. As Uncle Dave
pointed out correctly, using a non-radom colormix will solve this issue. 🙂

Ah, philosophers. Take something simple and make it really fucking wordy and complicated.

this n+1 substitution with the t = t+6m is a great idea. I would add one more thing to the reasons that it self perpetuates: 1. it's not that good anyway, 2. something better in 6m and 3. too expensive, the cheaper, xt version will be out in 6m.

And next year they'll be releasing it in the wheelsize you've been for also, but not until some festival or event that just happens to be halfway through prime riding season where you live.

And next year they'll be releasing it in the wheel size you've been patiently waiting for also, but not until some festival or event that just happens to be halfway through prime riding season where you live.