I am a resident of the UK and as the forthcoming referendum on whether we remain or leave in the EU looms ever closer I am increasingly terrified that my fellow countrymen will actually be stupid enough to vote leave.

In this eventuality I have decided to leave the UK and move to Canada, specifically the sea to sky corridor. I think that’s what it’s called? Anyway, any advice on specific areas and locations would be very helpful – as an outsider I have no idea where to start looking. Preferably somewhere with good access to trails, plentiful job opportunities for a qualified carpenter, and low property rental prices.

Yours sincerely,
Don’t want to leave.

Well it actually bloody happened. I have no words.

It has strengthened my resolve to actually do this though. I qualify for Express Entry to become a resident it turns out, and I’m starting to get a grasp on locations and property etc.

What a topsy-turvy world that we live in. Everybody has an opinion on Brexit, but do any of us really know what the hell we’re talking about? When did the left wing start advocating on behalf of free trade? How are the people who created ads that quite literally stole imagery from the Nazis allowed to scold their opponents for using fear tactics? It seems like madness and it’s impossible to know what to think, do or say. So, I go back to my cardinal rule. If you’re on the same side as the racists, you should put some fresh thought into your position. Yes, we know. You’re only voting that way because of those sweet, sweet tax breaks. Well, he framed me for armed robbery, but man, I’m aching for that upper-class tax cut.

Another interesting point to consider is how the default position in most elections is “if my side loses, I’m moving to Canada.” Unless you live in Canada. And now that you broke the UK, we’ve got nowhere left to dream about leaving to. What’s left? Australia? They seem kind of crazy down there now, too. Anyhow, it’s only a few months before both sides of the US election start threatening in earnest to “move to Canada if Shillary/Drumpf wins,” so your timing is good. Get in before the rush.

Honestly though. What the hell is wrong with you people? Who chooses to leave an organization that allows you to freely move throughout the entirety of Europe? Is Paris too awesome for you? Too many sangria drenched holidays? This feels like a mistake. But then again… Sure, I would love the ability to live and work wherever I wanted in the United States. If I had the ability to live in Hawaii or Portland I probably wouldn’t be living here. But would I be super excited about throwing the doors open to any gun-totin’ yahoo from Texas or Florida who wants to move in next door? No. No I wouldn’t. I would not like that. But then again…I wouldn’t be here…

So, Welcome to Canada, I guess. I’ve got some good news for you. And some bad.

The first piece of good news is that the BC economy is built almost entirely on condominiums, so there’s probably a lot of work for a carpenter. Honestly. It’s amazing. The economy is ticking along in no small part due to the steroid injected construction sector which in turn leads to higher real estate prices and even more construction. Somehow this is not a pyramid scheme. Every tremor or success elsewhere in the World Economy is good news for our BC real estate. Difficulties in the Chinese Economy? Well they’re going to be looking for safe havens for their money! Collapsing Canadian Dollar? Everything just got cheaper for foreigners! US economic recovery? More American dollars flowing into BC! There is literally not a single world event that can’t be spun as a positive for BC real estate and I’m not in any way exaggerating or joking.

Which leads to the bad news. Rental prices. They’re not super great right now. Somehow we’re building all these condos but the rental market is still tight. I think that part of the problem is that places just seem to be eternally for sale. There are two or three houses for sale on every block, so I guess nobody has time to worry about renting them out. Of course, if you do eventually find a rental, it’s somehow far, far cheaper than buying the damn thing. Take this place. Once you come up with your $500,000 down payment, it’s only going to cost you $21k per month to subsidize your tenants. How can you lose on that?

Back to the good news. We’ve got oodles of places filled with members of the Commonwealth riding their bicycles. Based on your requirements, I’d recommend Squamish as a starting point. The trail network is astonishing. There is a fantastic assortment of gas stations and fast food restaurants (I haven’t explored town all that much). And the location smack dab between Whistler and Squamish means…you guessed it…condos and construction! It will blow your mind. I think you can kiteboard there too, if you get bored. I really need to try kiteboarding.

Mixed messages – you win a Renthal 1XR chainring! You’d better collect before hopping the pond though because Renthal is a UK company hailing from Cheshire. You can order these online if your local bike shop doesn’t have them as well. 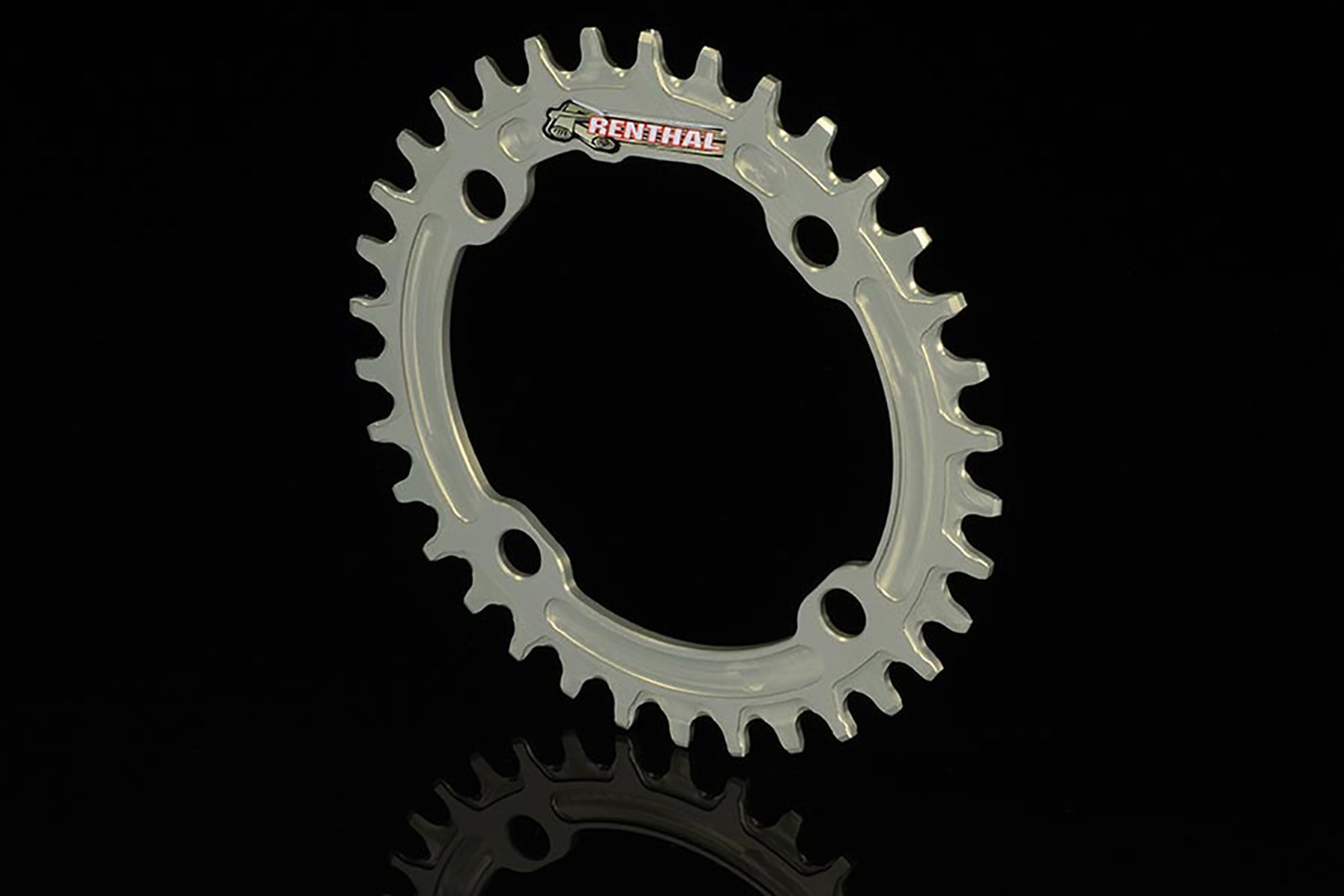 The reduced frontal profile of the 3.5mm wide teeth increases mud clearance for the inner chain plates and extends longevity. Durability of the hard wearing 7075 T6 aluminium construction is maximised with a hard anodised surface treatment and mud evacuation grooves in the tooth bed.

It’s not all roses – but the trails make living in B.C. worth it.

In preparing be ready to have a stressful time finding accommodation, and be expected to give an arm and your first newborn for it.

Oh for those problems…..

How do I not move to Canada?

With the Liberal government now in power my wife would like us to move to Canada from New Zealand. While fundamentally not opposed to the idea she wants to leave Wellington (extensive inner city trail network, mild winter) for Halifax (flat, cold, her family).

Thanks
Hoping to stay

Liberal government? You mean the conservative National government that has been in power since 2008?
Not something worth leaving Wellington for…
I moved from Wellington to England, and brexit is another thing that tips the scales further in
favour of New Zealand.

Is anybody happy where they are?

I think the other guy is talking about the Canadian Liberals being a draw.

Ha…I live n whistler and always say he only place in the world I'd consider moving to is Nelson, NZ….your country and its peops is absolutely fabulous….how bout finding a way to do summers in ca and summers in NZ !!!! 🙂

FWIW, I have moved 'home' 3x (YOW, MTL and N.S.) and have always returned to B.C., even though having no extended family here. You can ride anywhere, but you cannot beat B.C. riding. That is a GD fact and it's worth it for me.

Then why is it that on Canada day you all head down to the states?

Give me the pro's doing it big in English Bay any day.

To escape all the Americans in Whistler for the 4th of July?

WBP, valley trails and automatic 25% discount for them. Who wouldn't?

other way around… too scary south of the border for us canucks.

Especially if you're a racial or religious minority… geebus.

You didn't even give the guy a set of #longlivechainsaw stickers? C'mon Dirk, you can do better! Plus we all know you Canadians don't want to share the awesomeness you live in with the rest of the world (except maybe for a week during CrankWorx) in any real physical way -though videos and pictures are OK.

OTOH, I'll buy you a beer and teach you guys a thing or two about how to properly grill/roast any kind of meat if you ever come down here.