Santa Cruz once again had Greg Minnaar’s World Championship winning bike on display at Interbike. This year’s win was even more special than last year at Leogang, as Minnaar won on home soil in Pietermaritzburg, South Africa. This year they made the decision to clean up the bike, which would have made transport and customs a lot easier.

Minnaar injured his knee in practice for the final round of the 2013 World Cup and had to sit out, but he still held on to 3rd overall and it looks like he’ll be back in action for 2014. The World Champs bike is, as expected, covered in great details. Click in to the first photo and advance through the high res set… 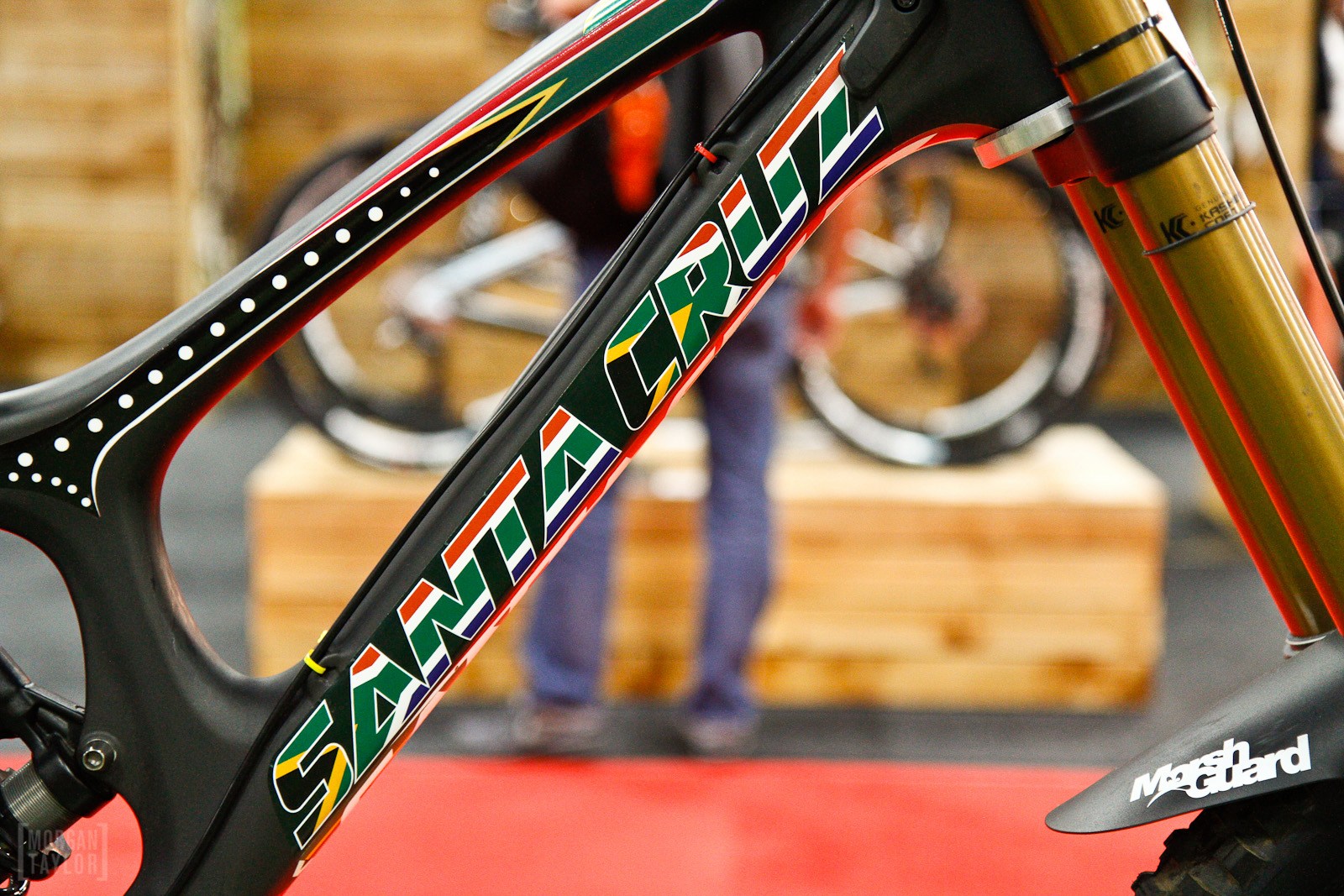 Teams go all out for their World Champs bikes; Greg’s win on home soil makes this one all that much sweeter. 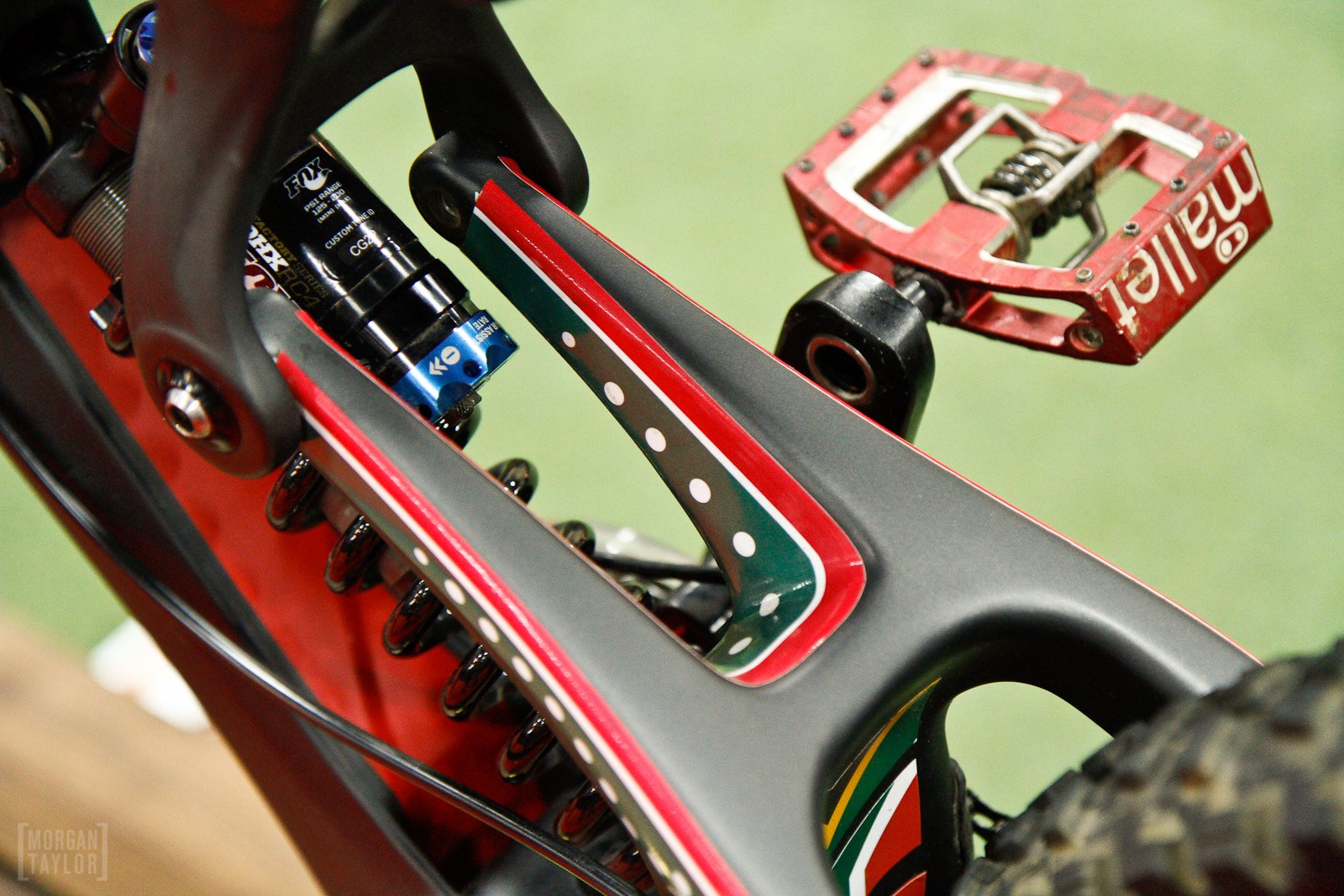 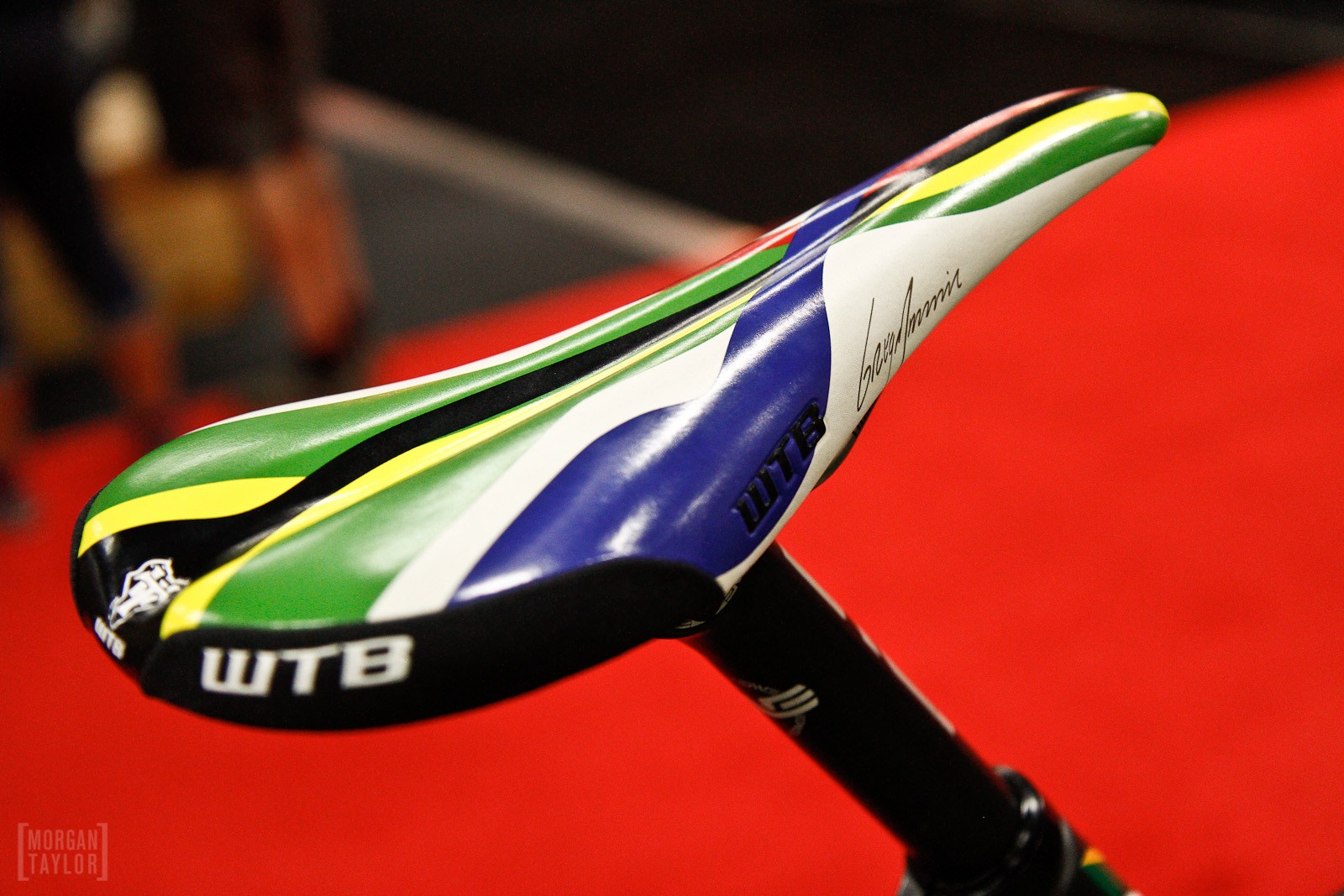 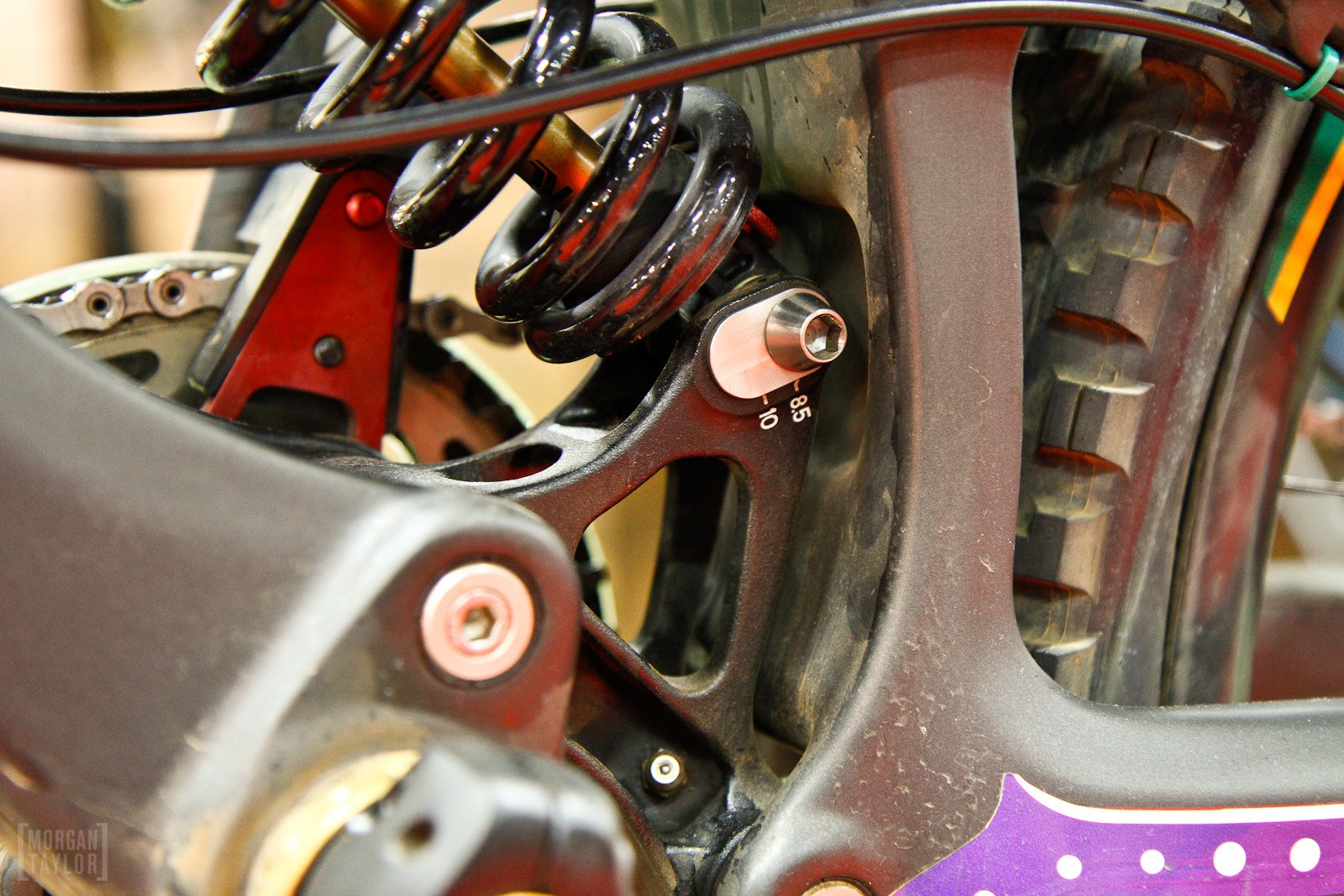 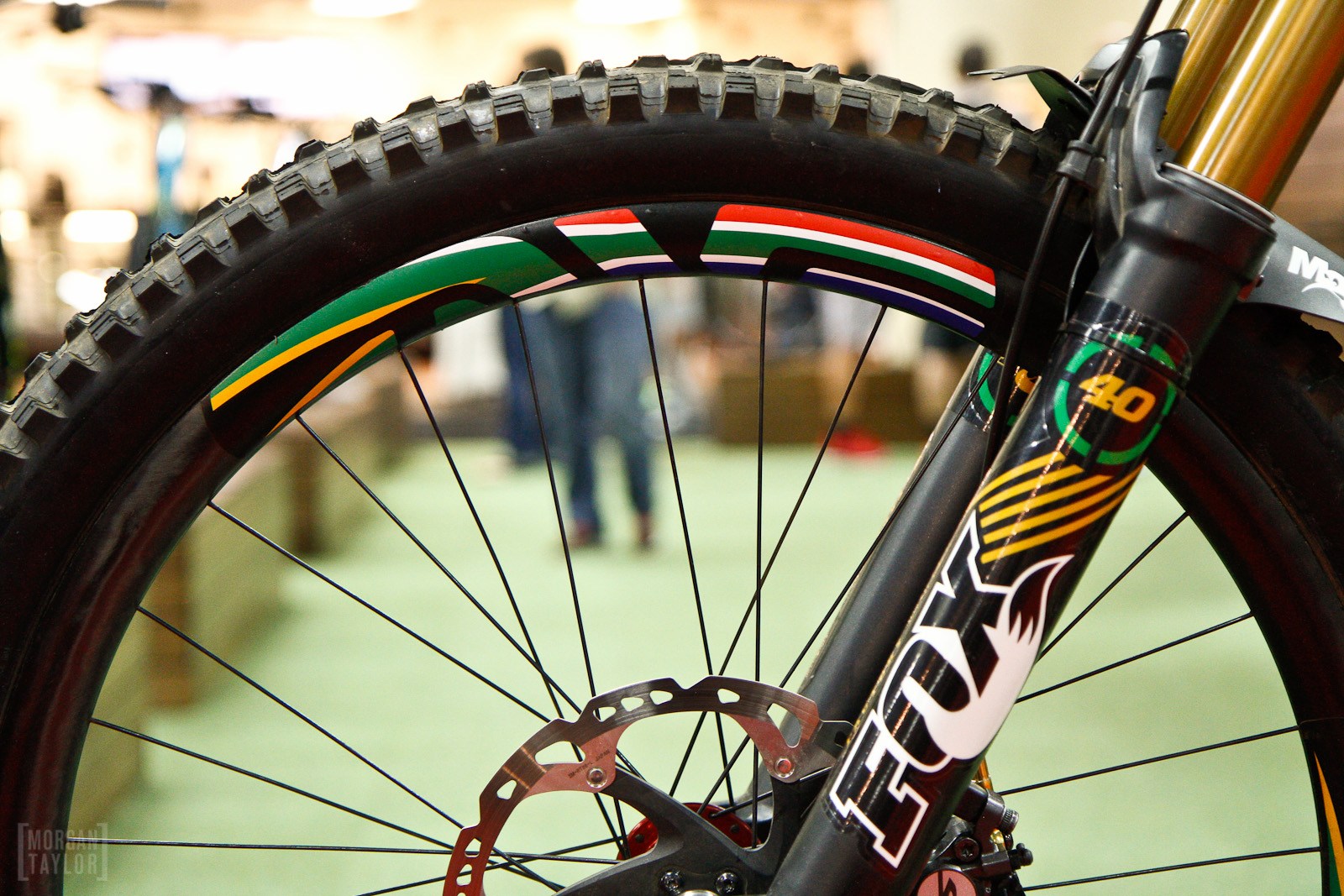 Custom decals on the ENVE DH rims and Fox 40 RAD. 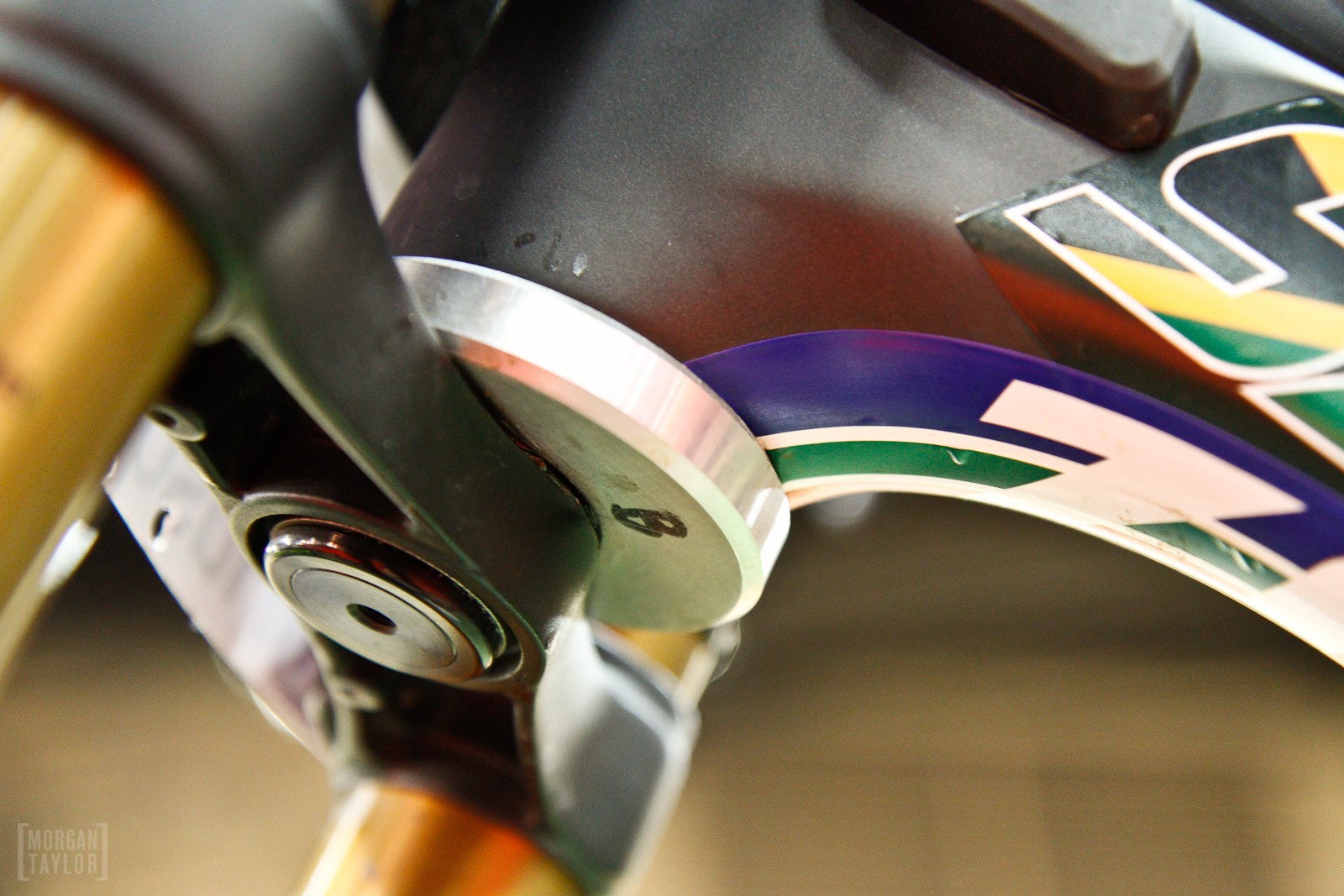 And into the details… what’s this? 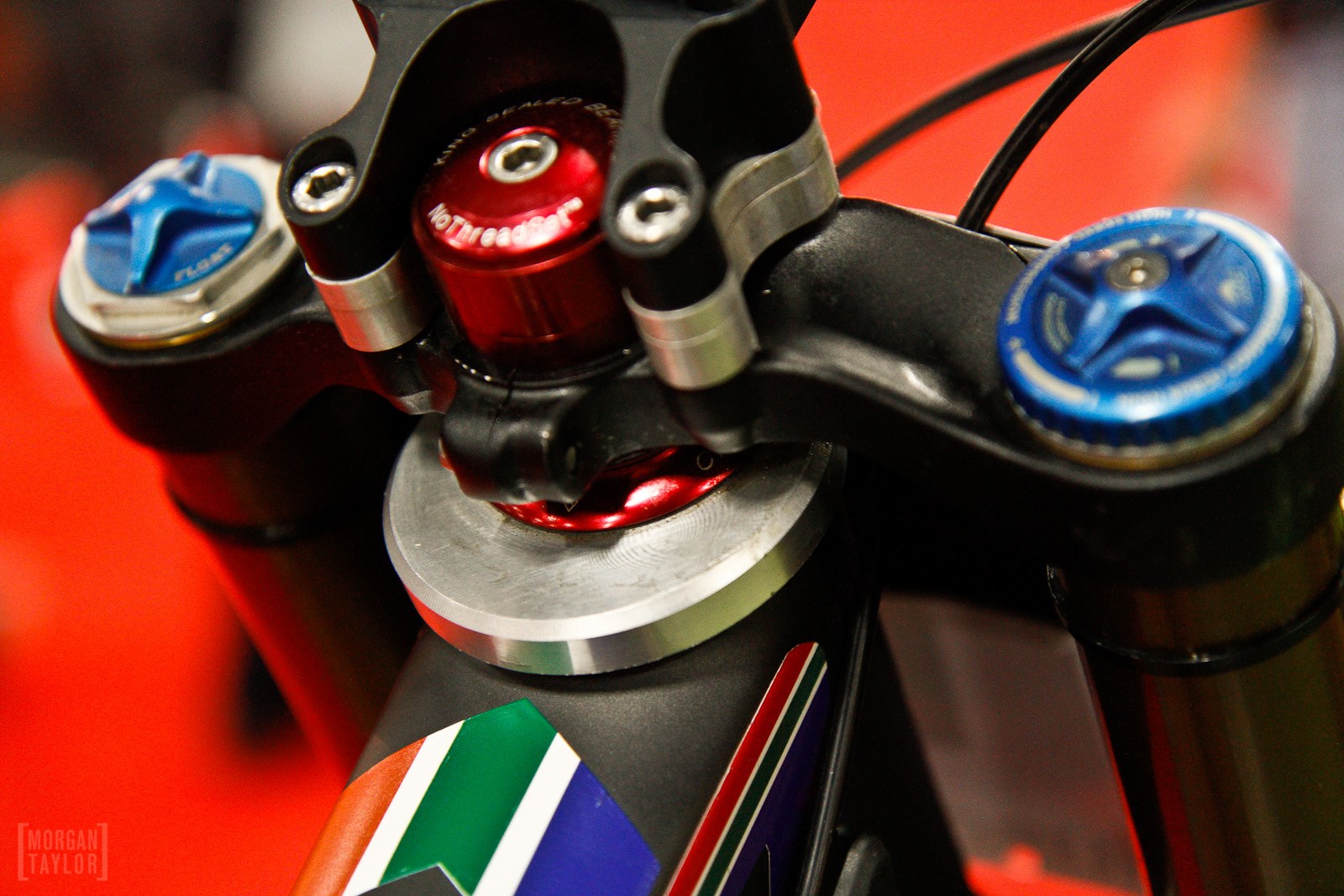 Eccentric headset cups to extend the V10’s reach for Minnaar (and teammate Peaty). 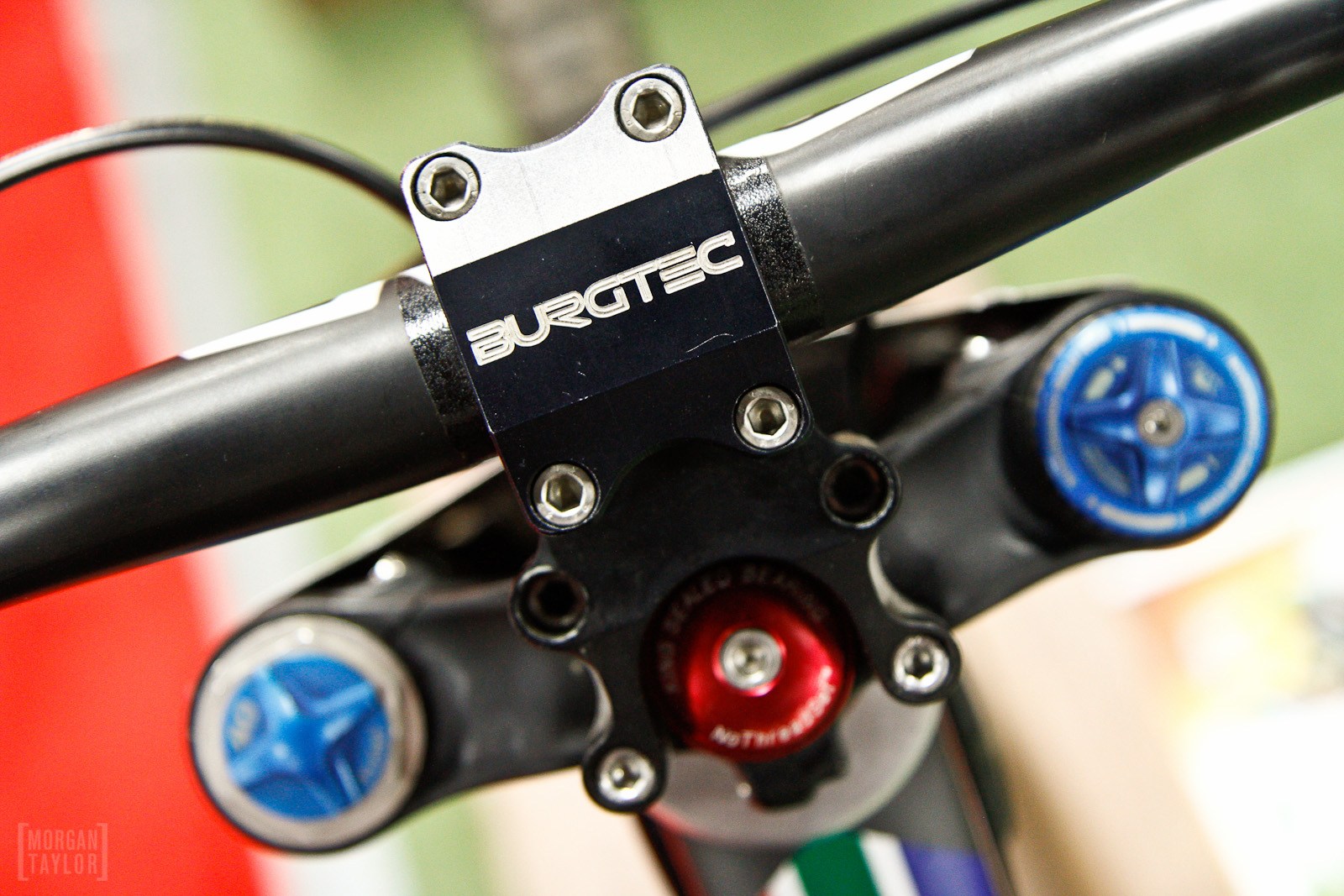 Burgtec stem has CNC written all over it. 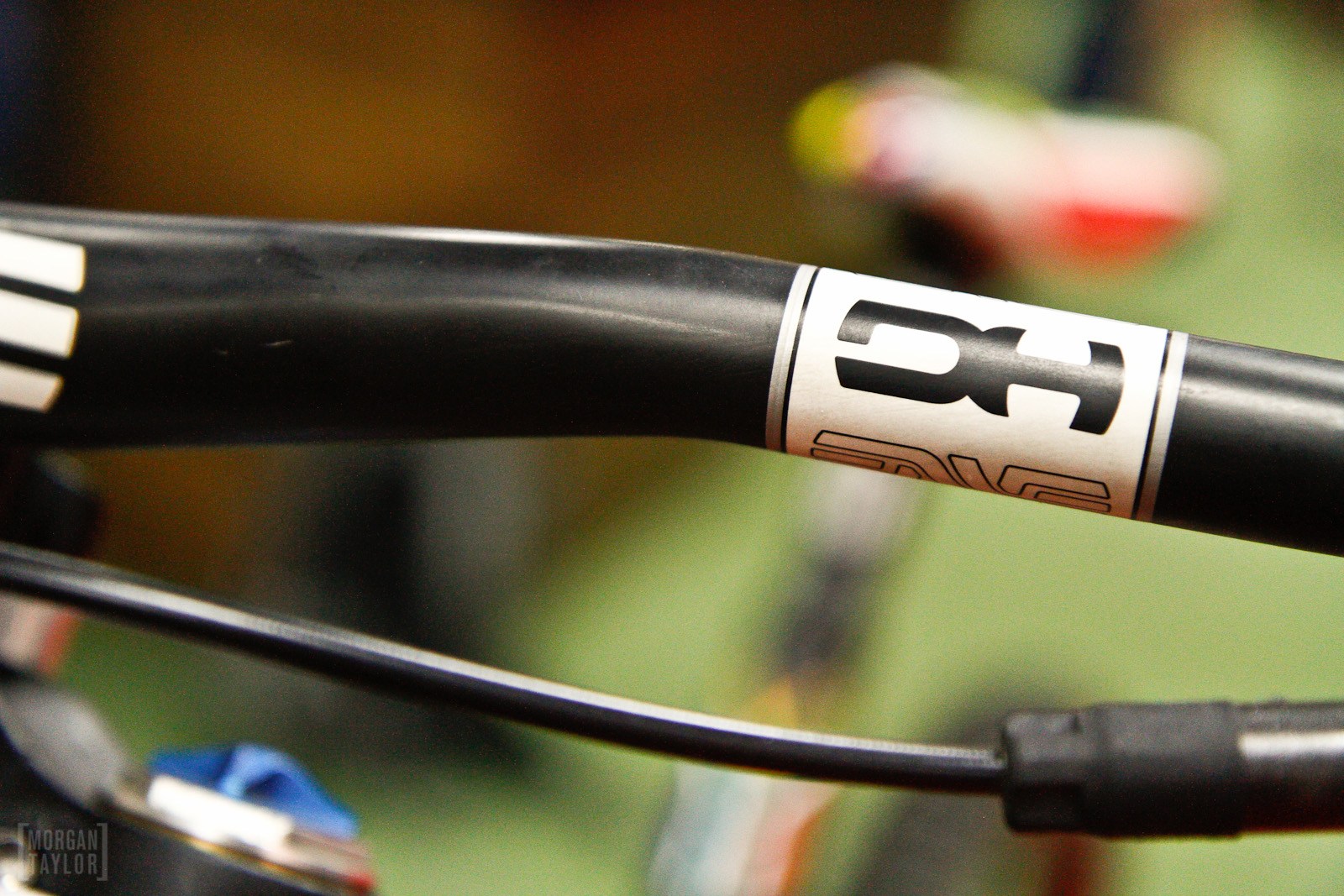 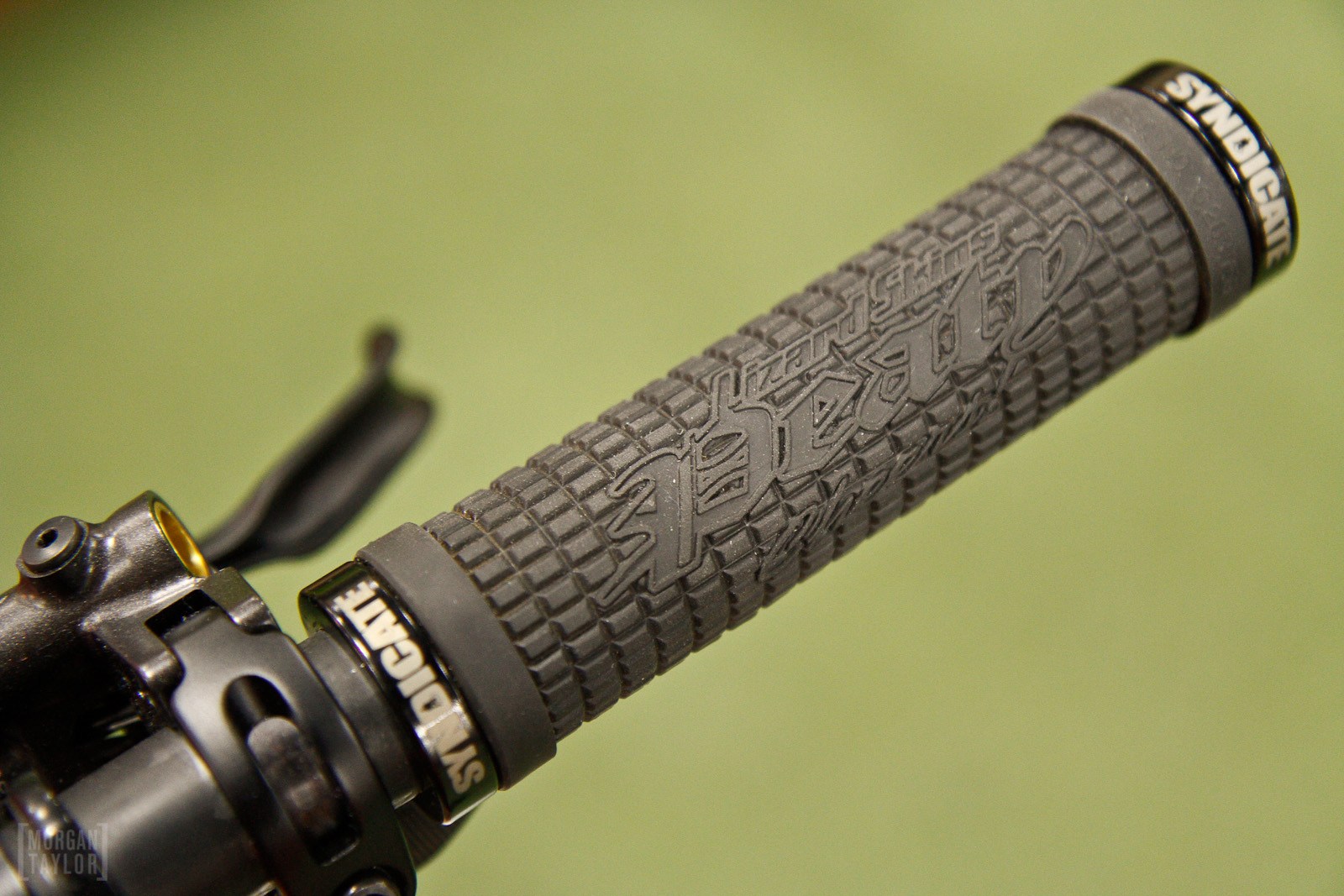 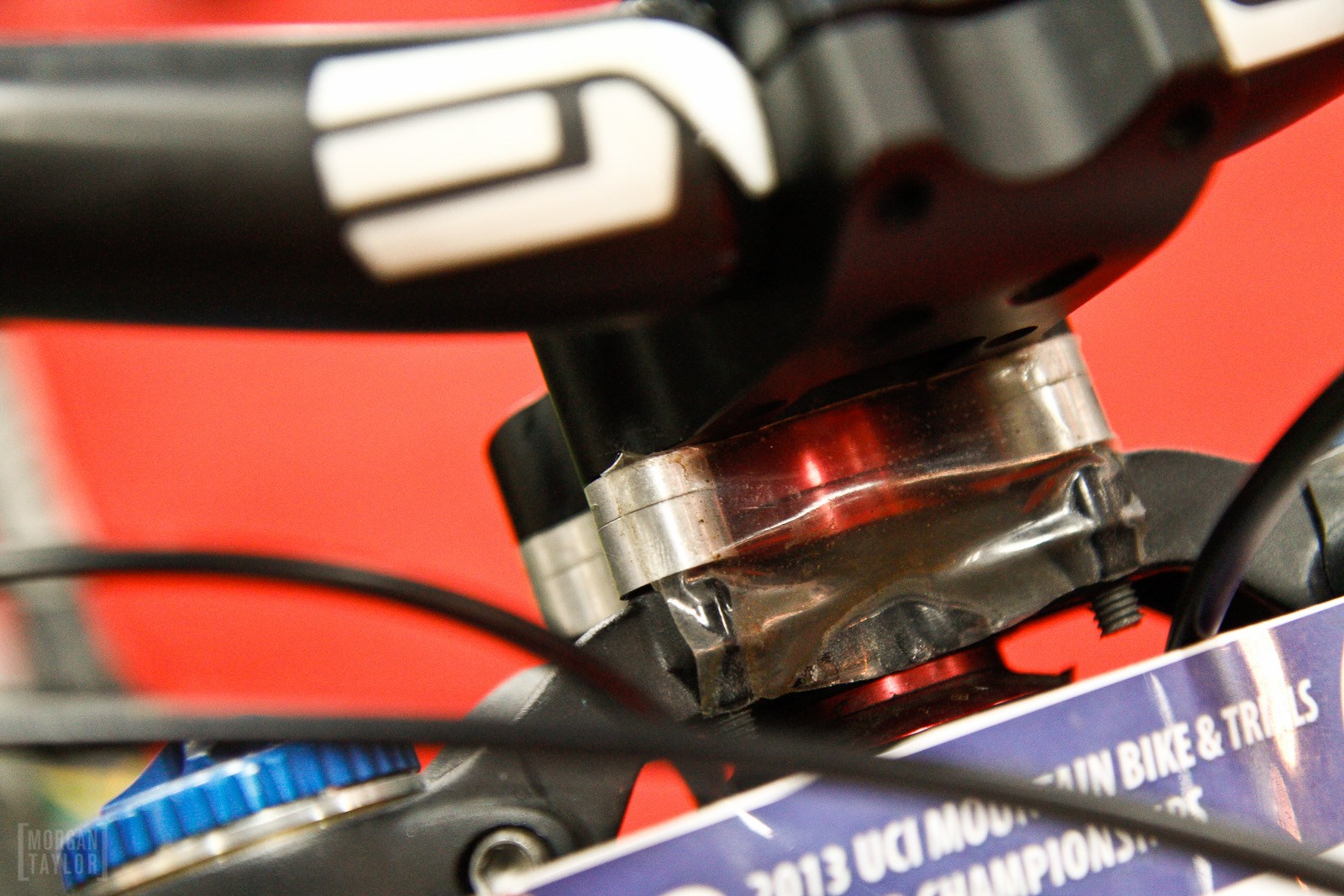 Was this piece of packing tape wind tunnel tested? 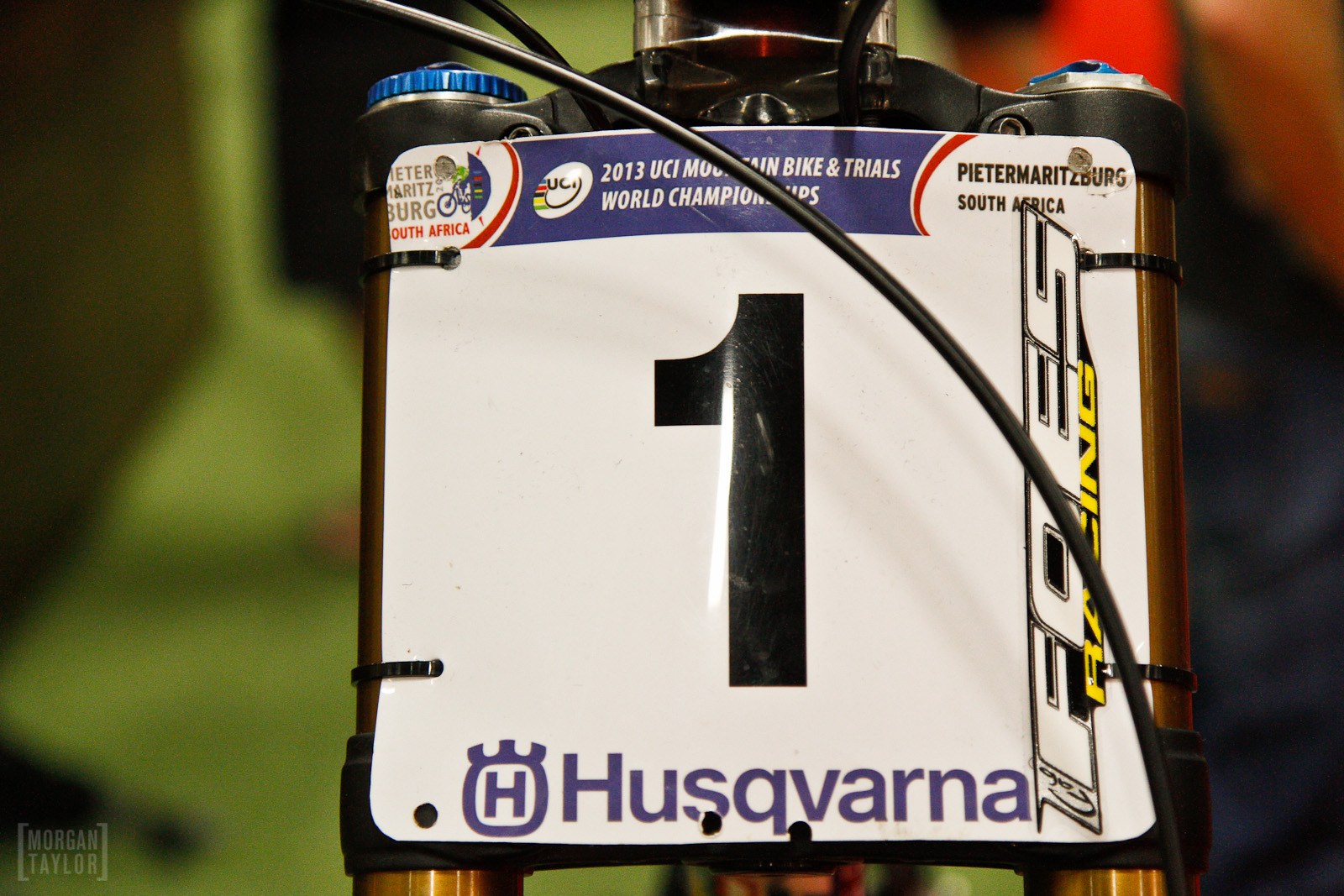 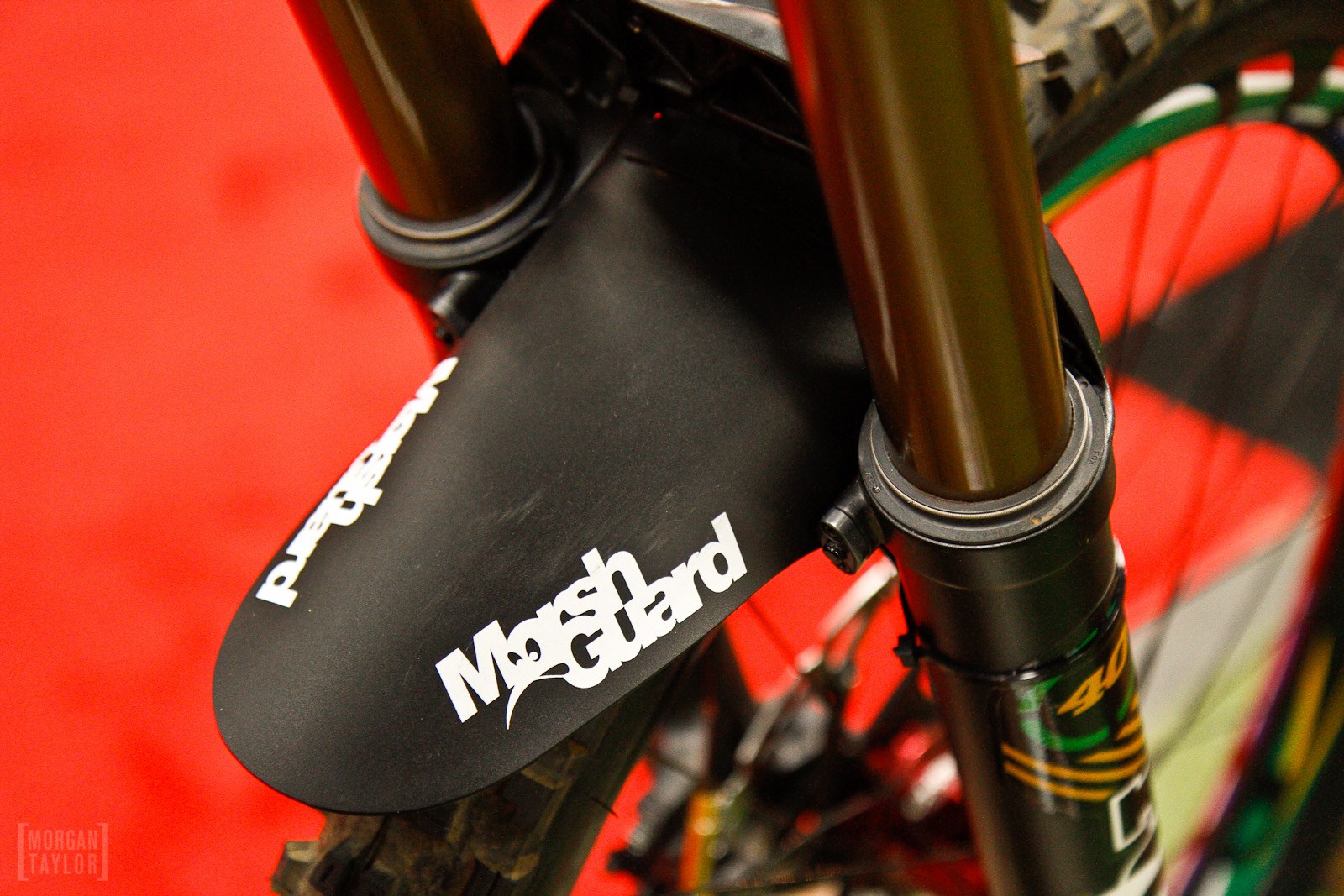 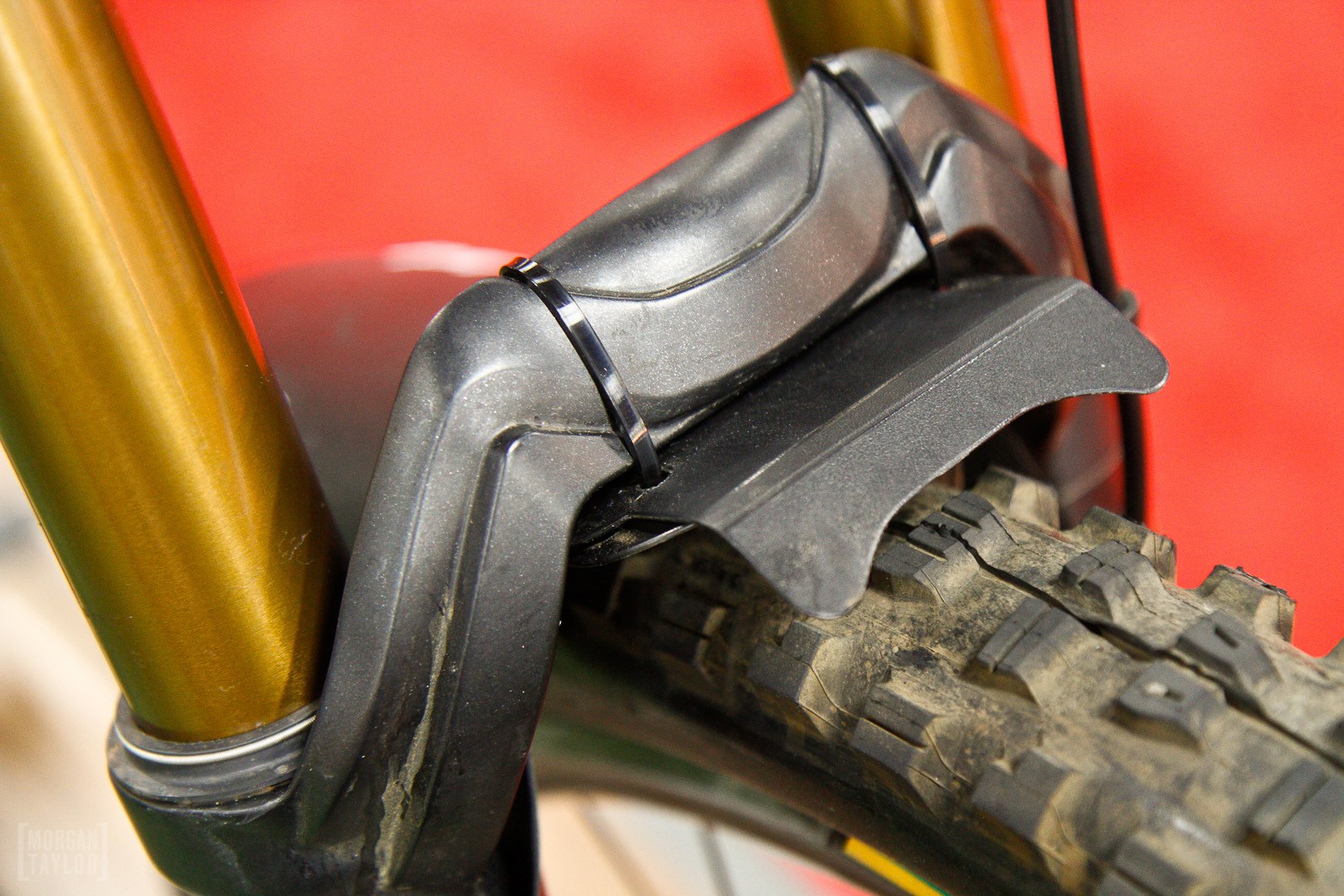 This little add-on is affectionately known as the moustache. 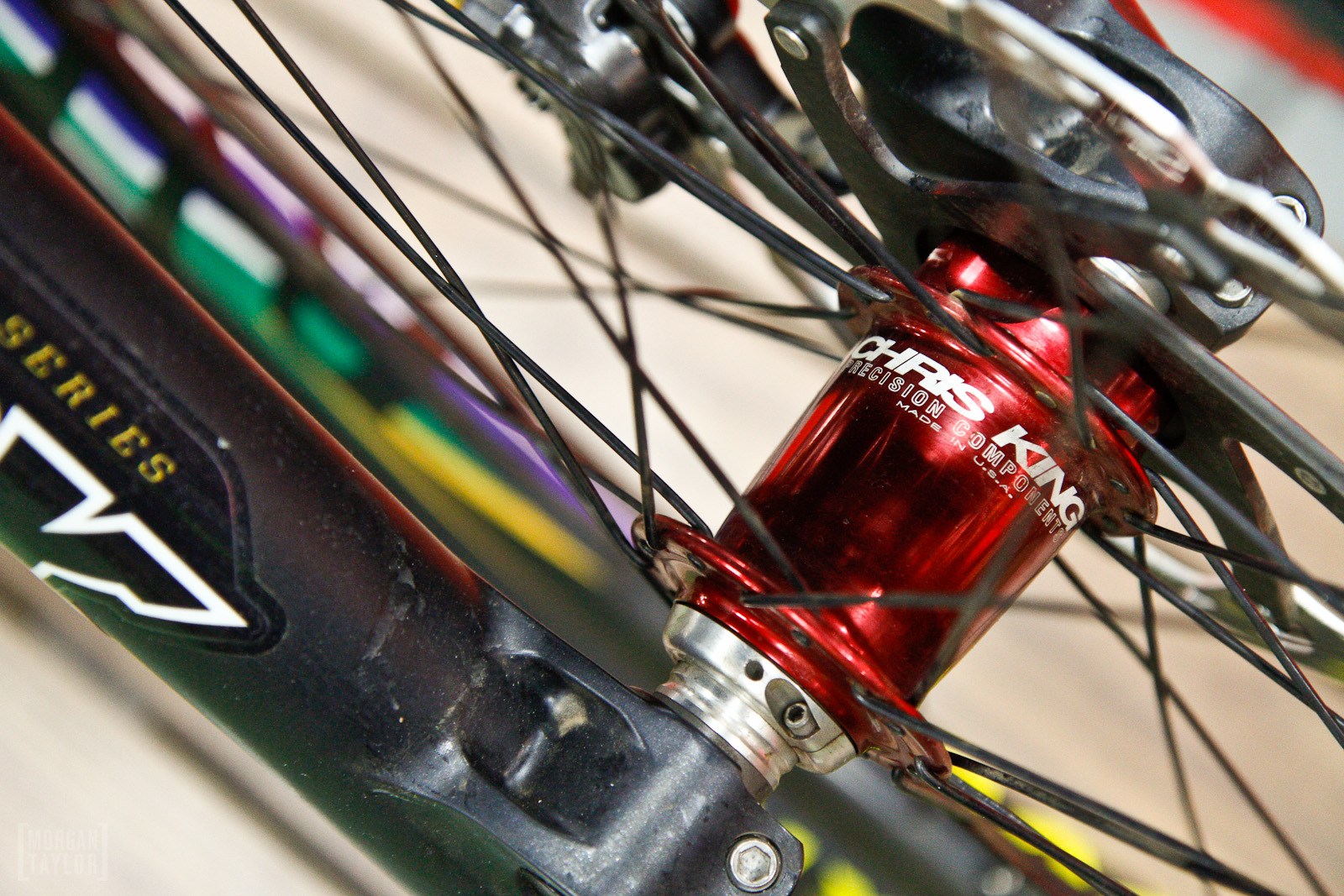 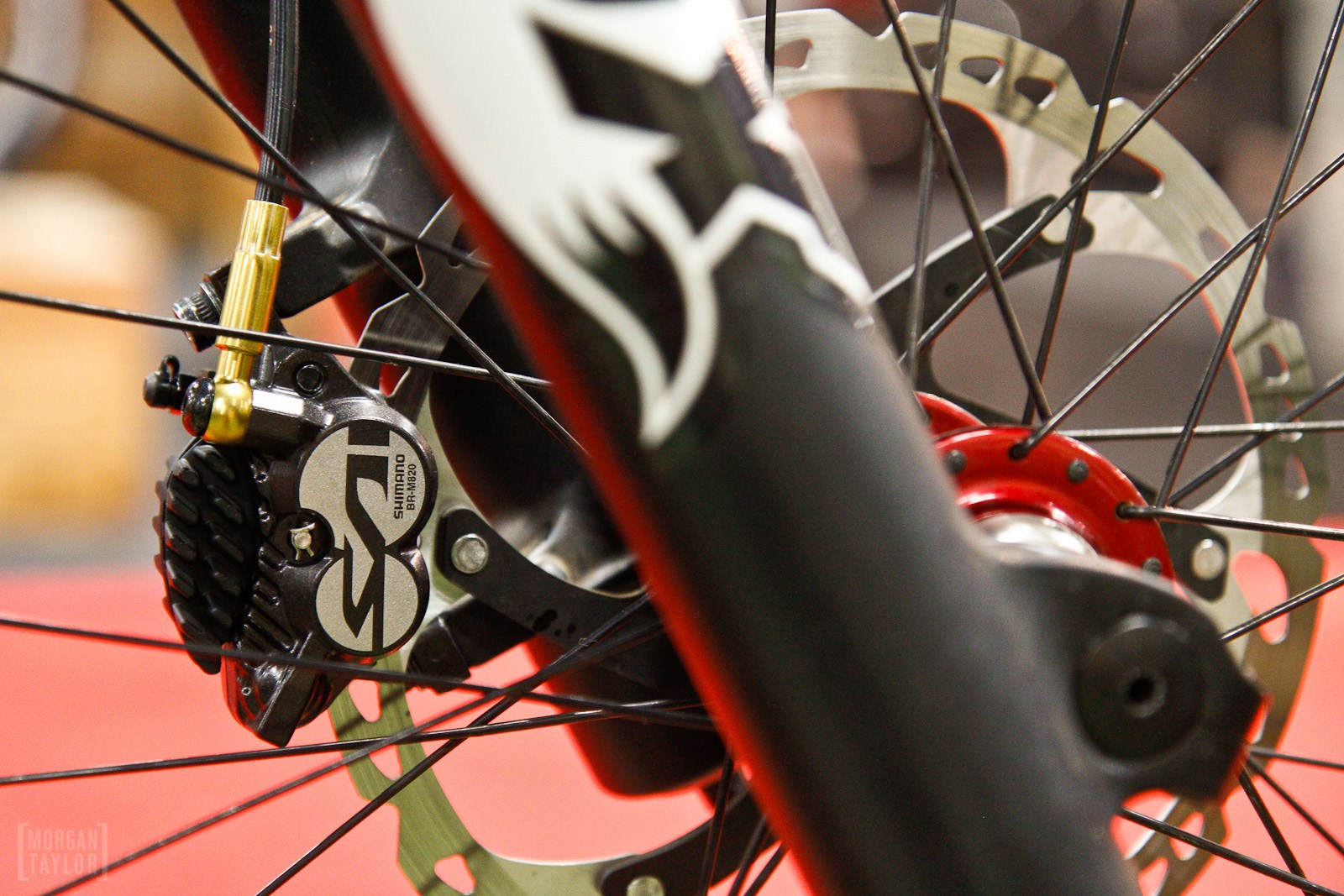 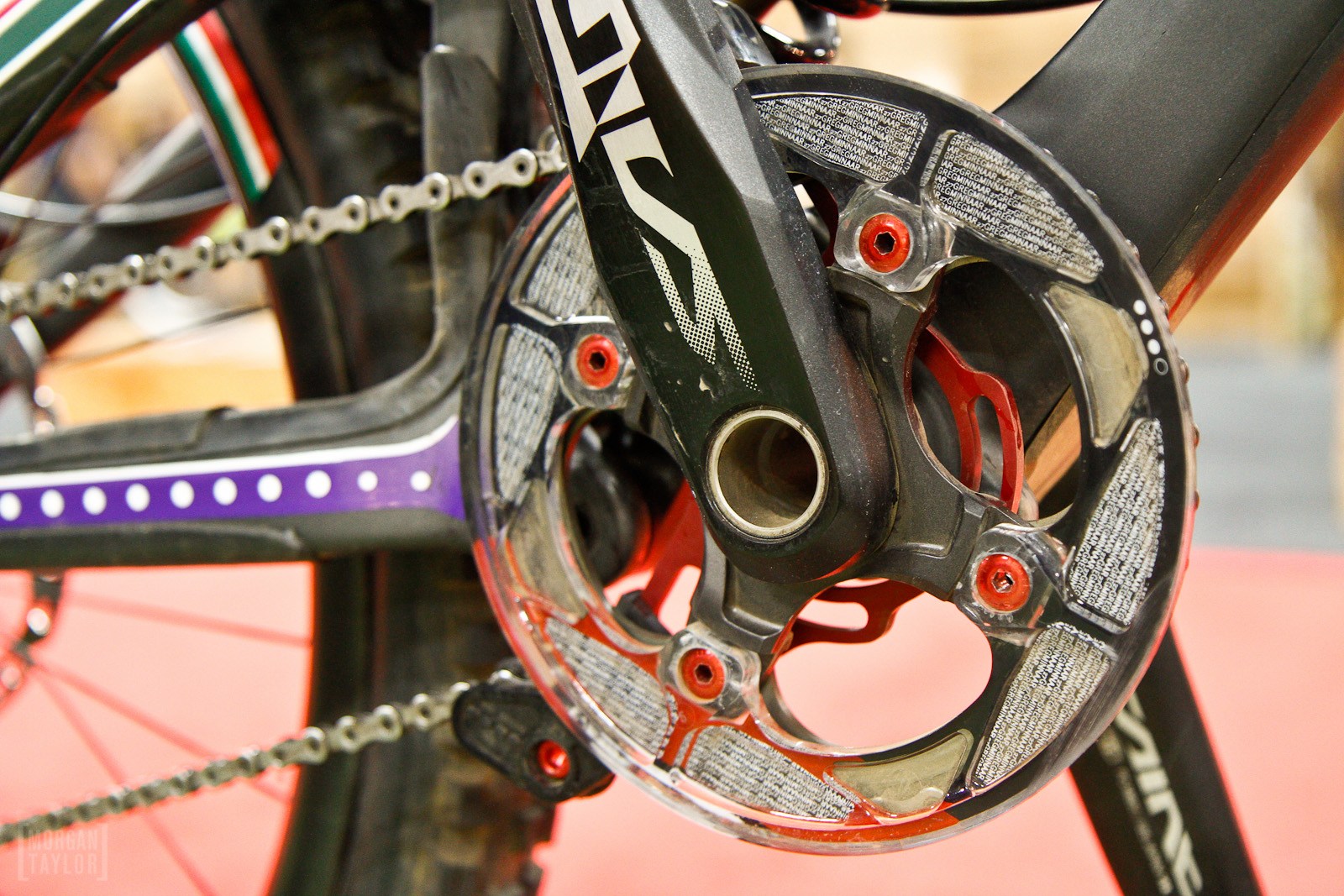 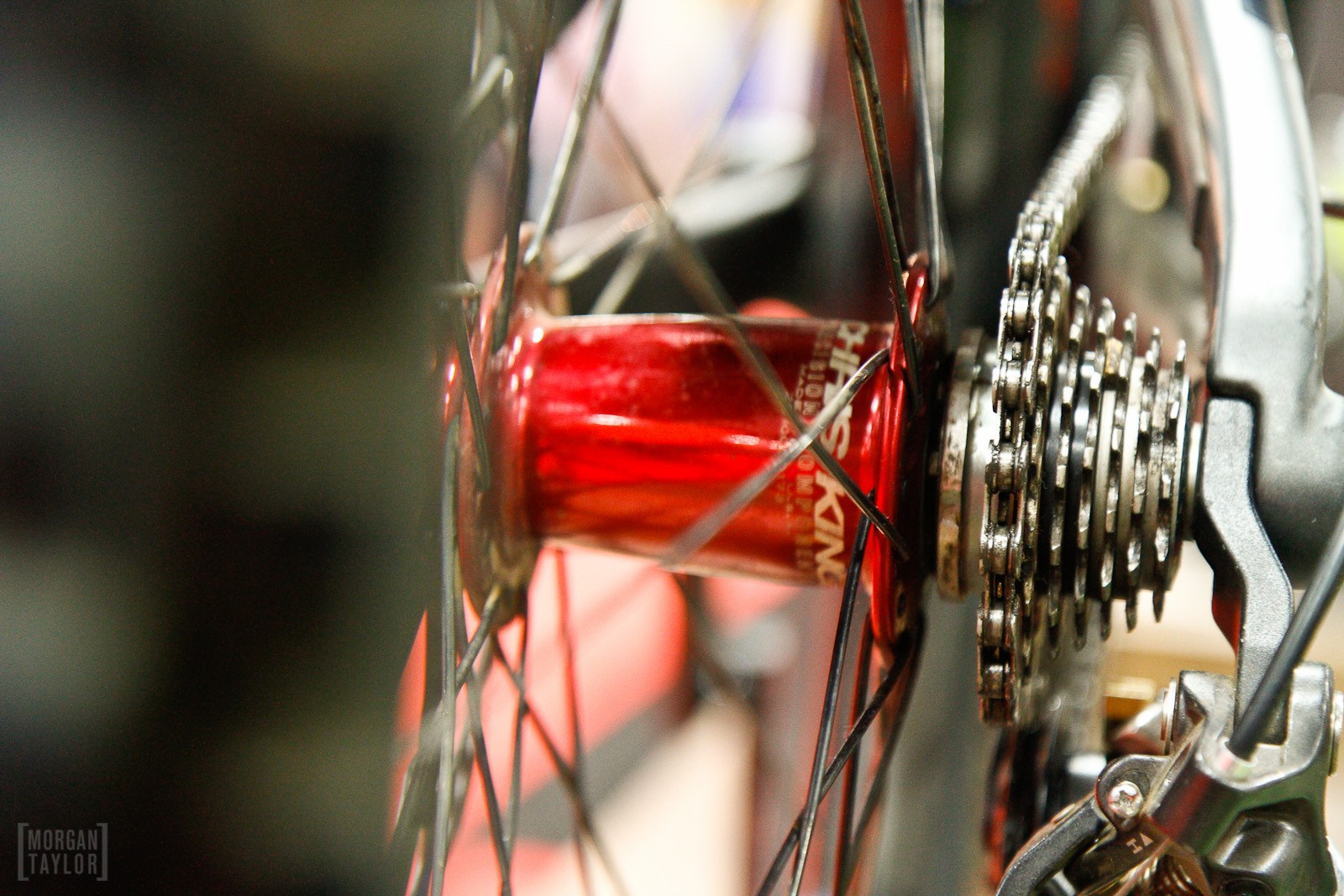 And only seven cogs. 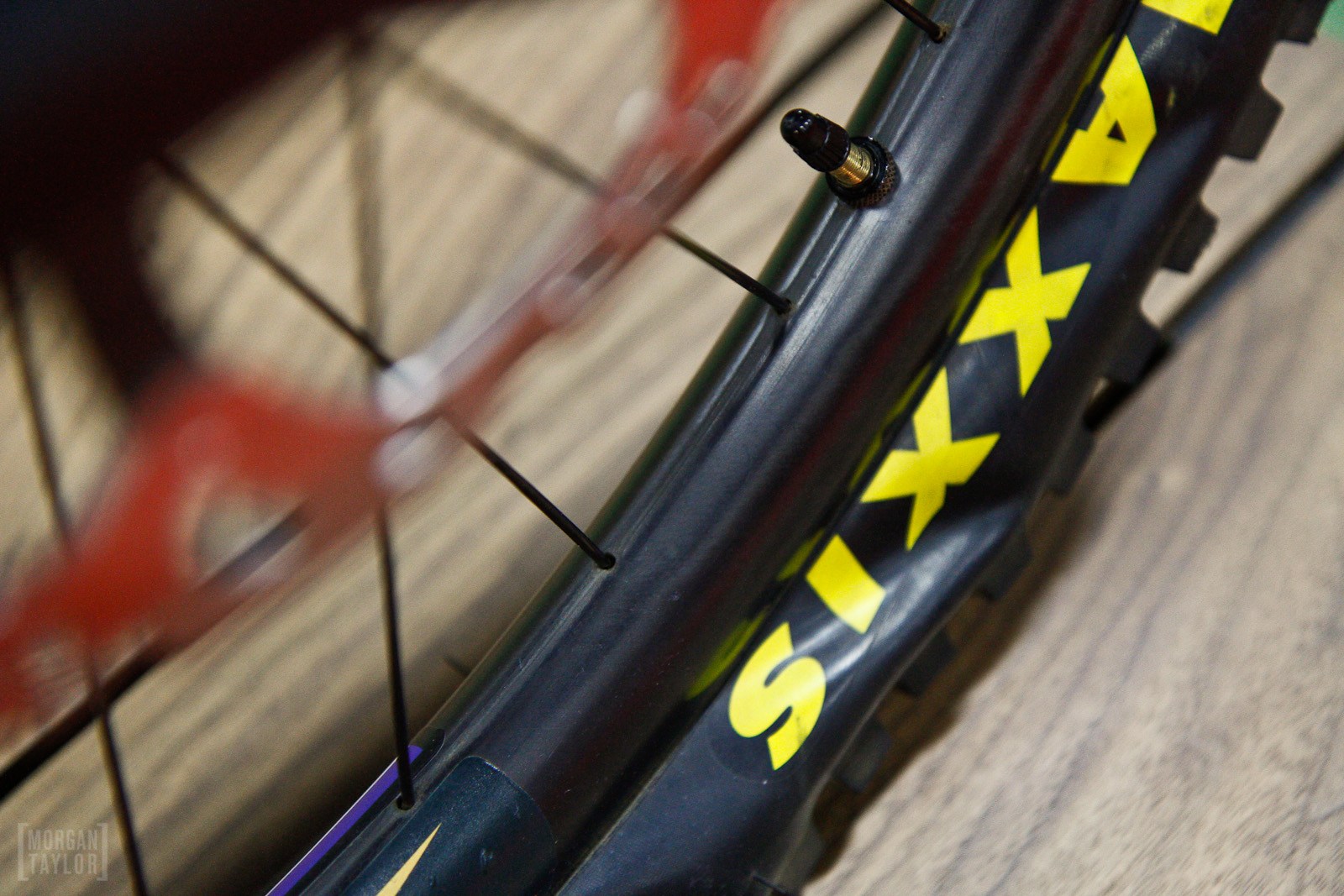 That is a flat tire acquired during the winning race run. Rob Roskopp was adamant that they leave this “intact”. 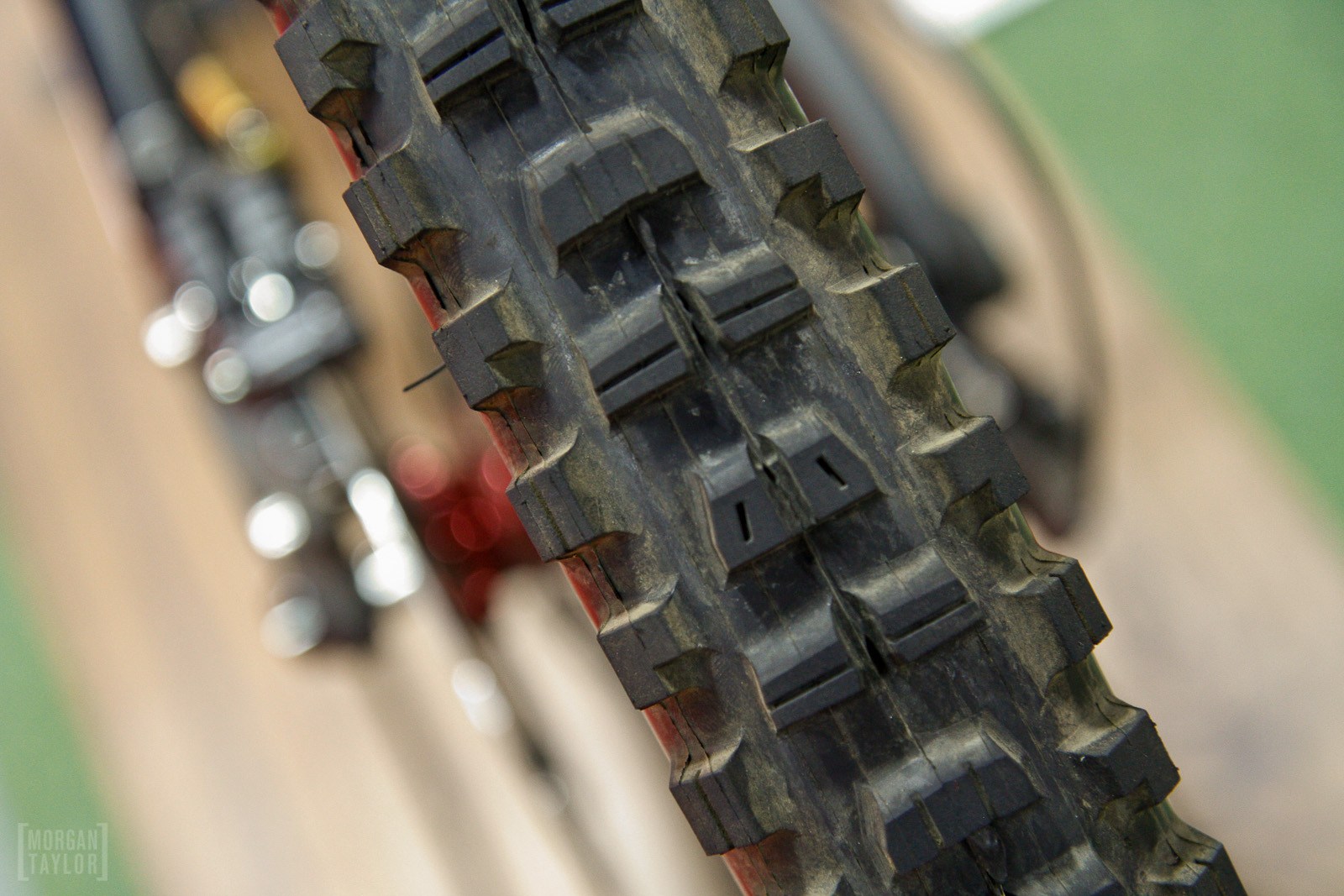 And what tire? A Minion DHR 2. 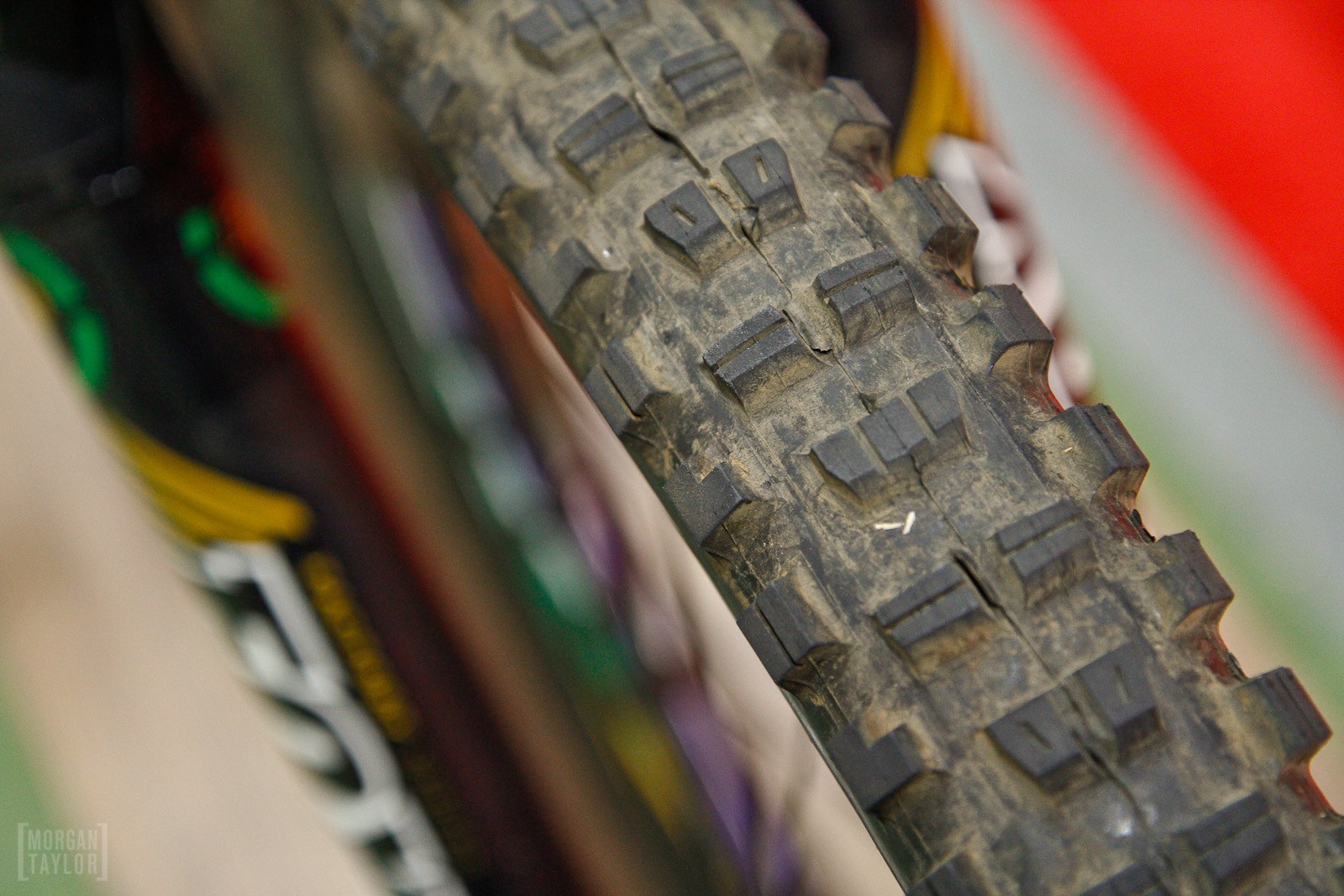 And same up front. 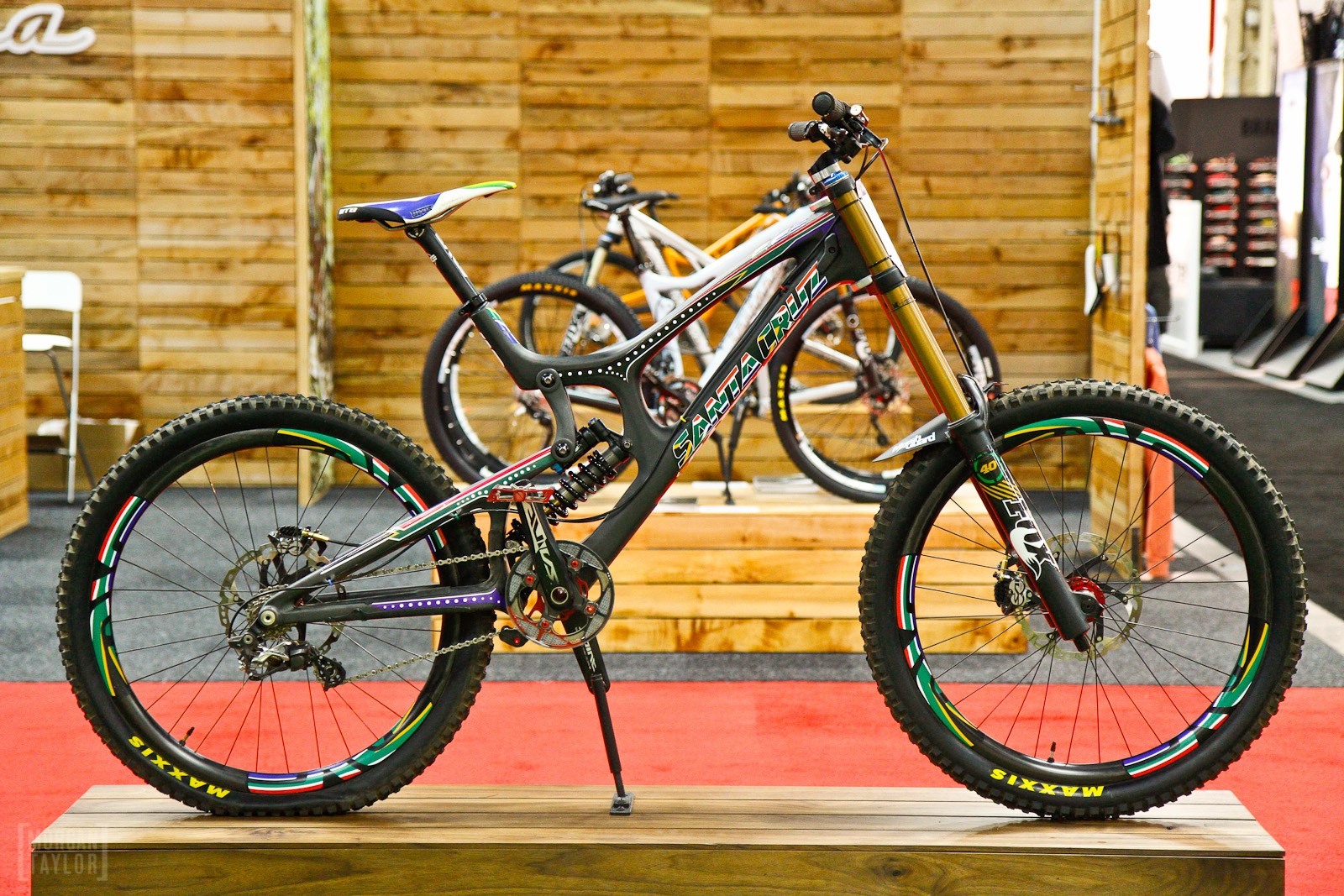 And that, folks, is what a World Championship winning bike looks like.

It’s all in the details… what’s your favourite part of Minnaar’s ride?