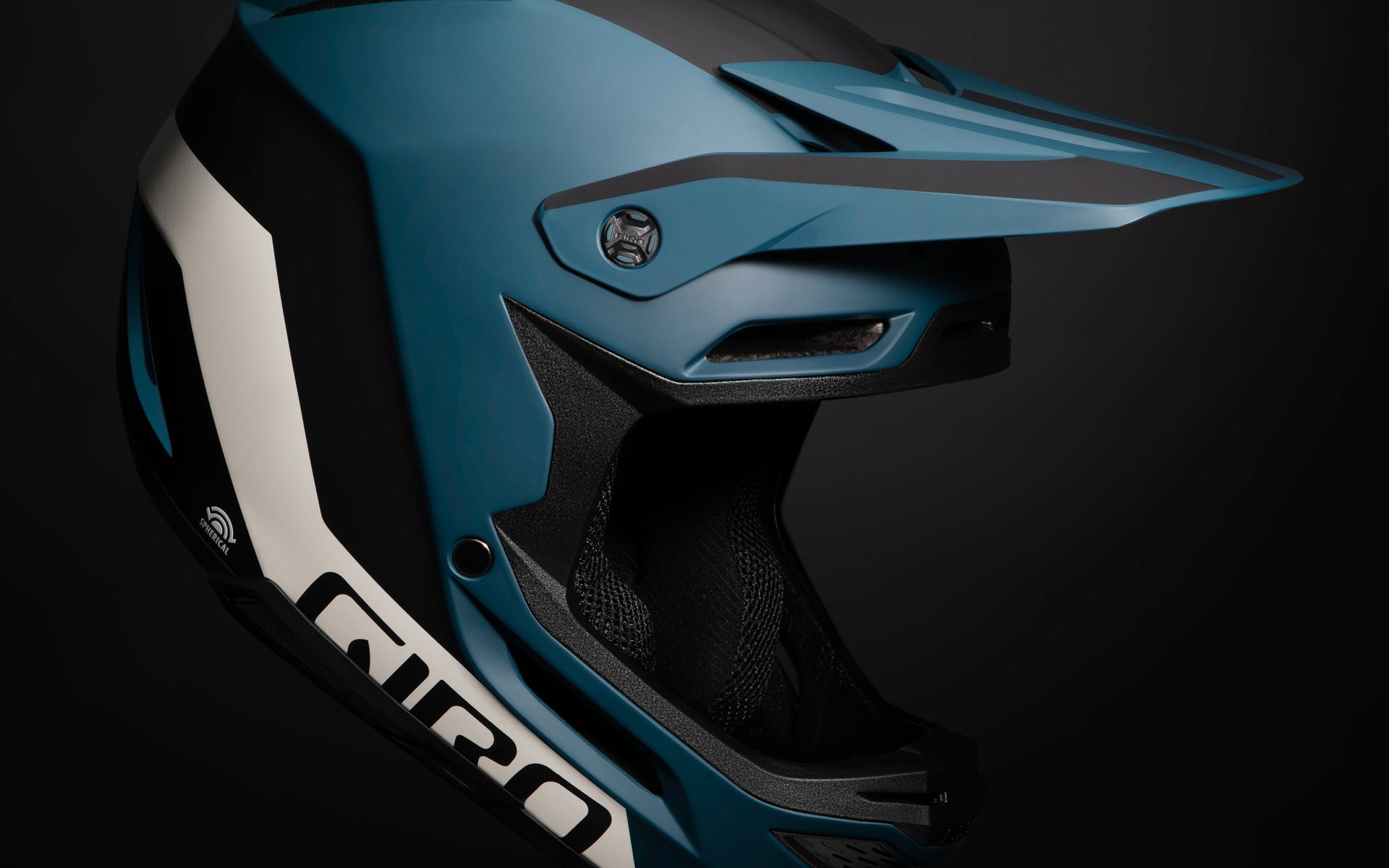 Giro has just released an all new full face helmet called the Insurgent. Giro claims they have worked closely with their gravity athletes to develop this new lid that offers all the protection of the existing Disciple in a lighter package with better ventilation. The new Insurgent weights in at 1,040 grams for the size M/L, which is 200 grams lighter than the Disciple, while meeting all relevant downhill impact standards. The Insurgent will set you back $449.99 CDN or $350 USD. 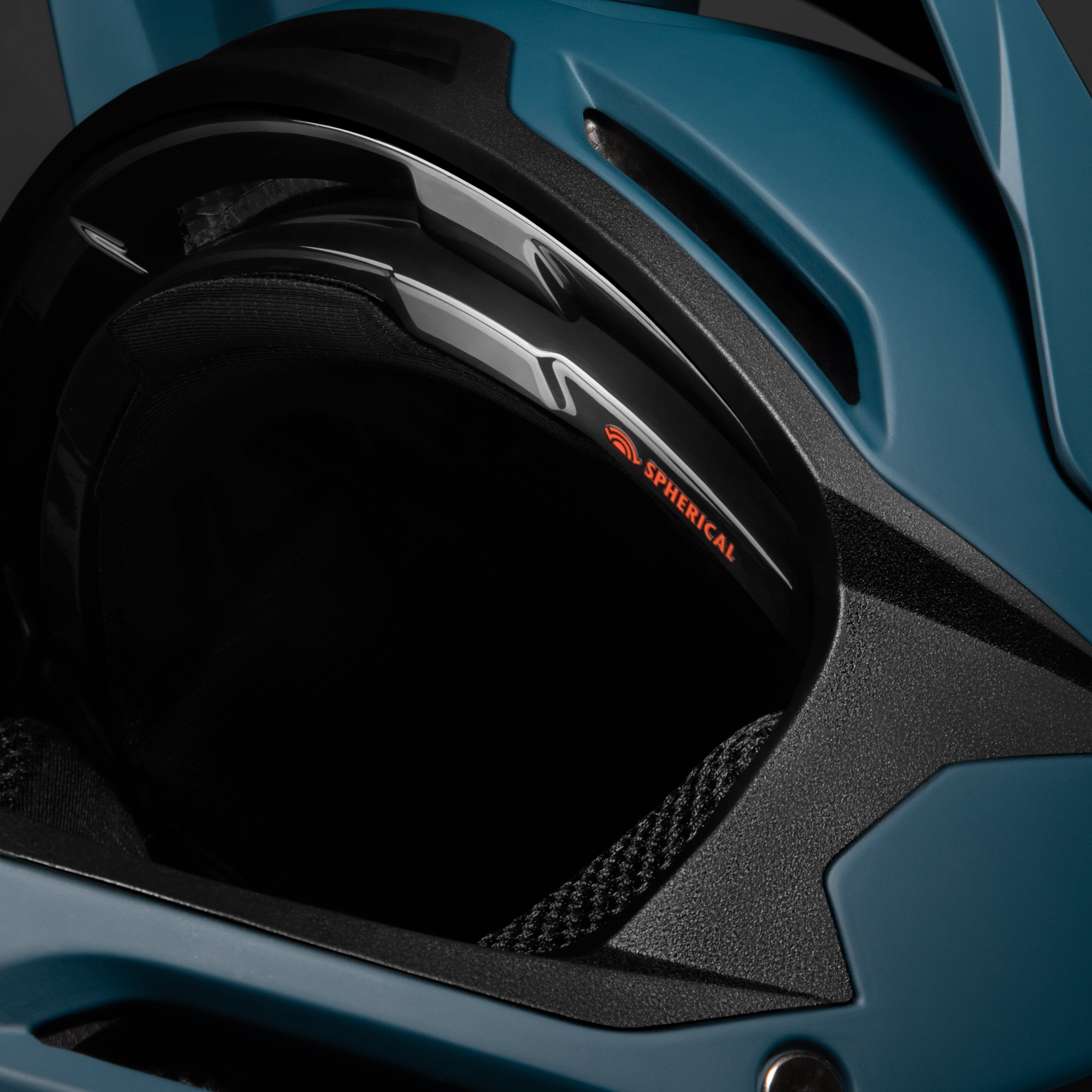 The Insurgent uses a Spherical ball inner helmet developed in partnership with MIPS.

According to Giro, their athletes in freeride and enduro didn't feel comfortable in some of the minimalist, lightweight full faces, and asked for a middle of the road approach. The design brief was to have similar levels of impact protection or better than the Disciple, but with a helmet that was lighter, and almost more importantly, more efficient at cooling. The primary area of weight savings was in an updated shell design, as well as the removal of as many unnecessary details from as possible. The Insurgent uses a Spherical MIPS system that is essentially an inner helmet ball that is suspended inside the outer helmet's foam. A slippery layer is used to reduce rotational forces being transmitted to your head and neck. 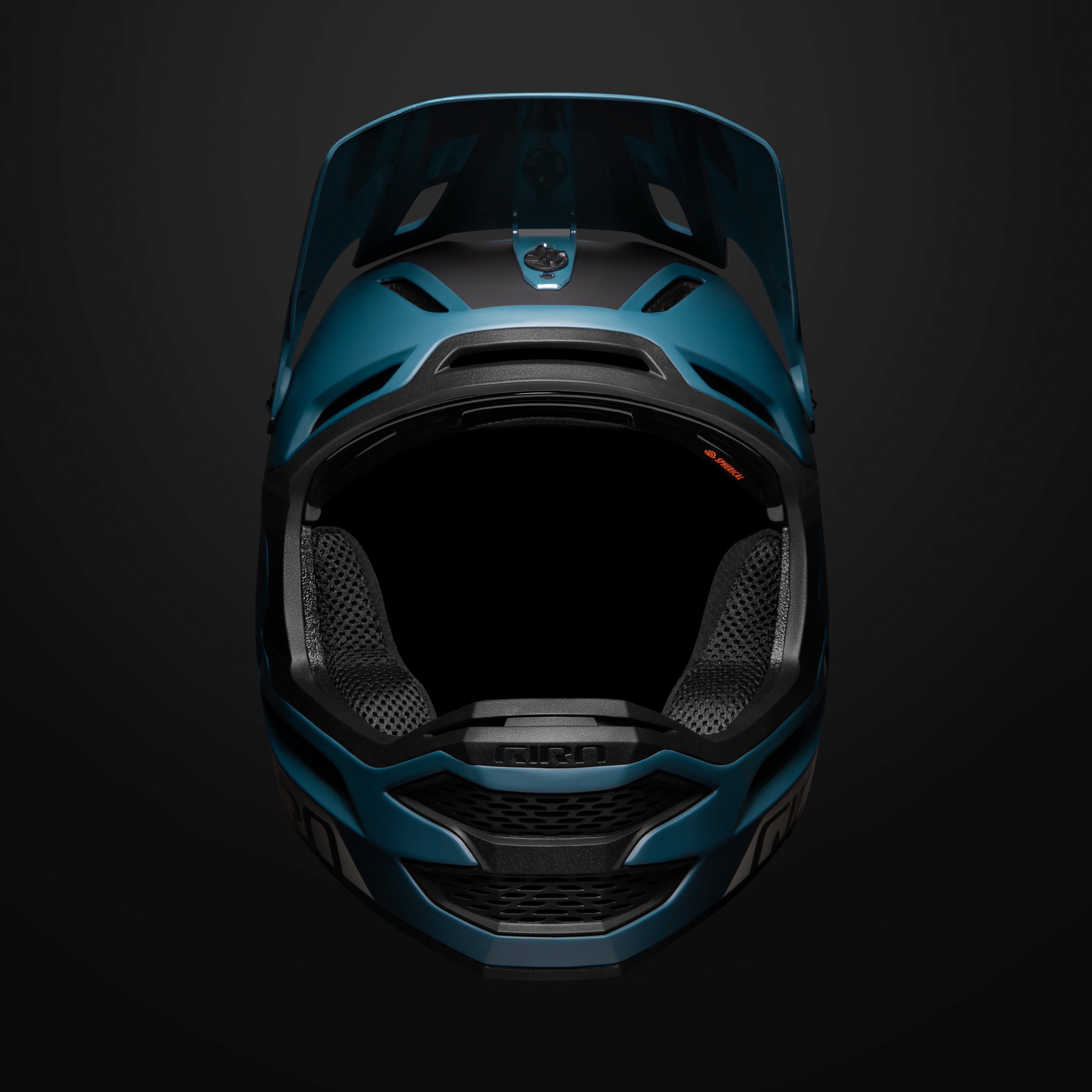 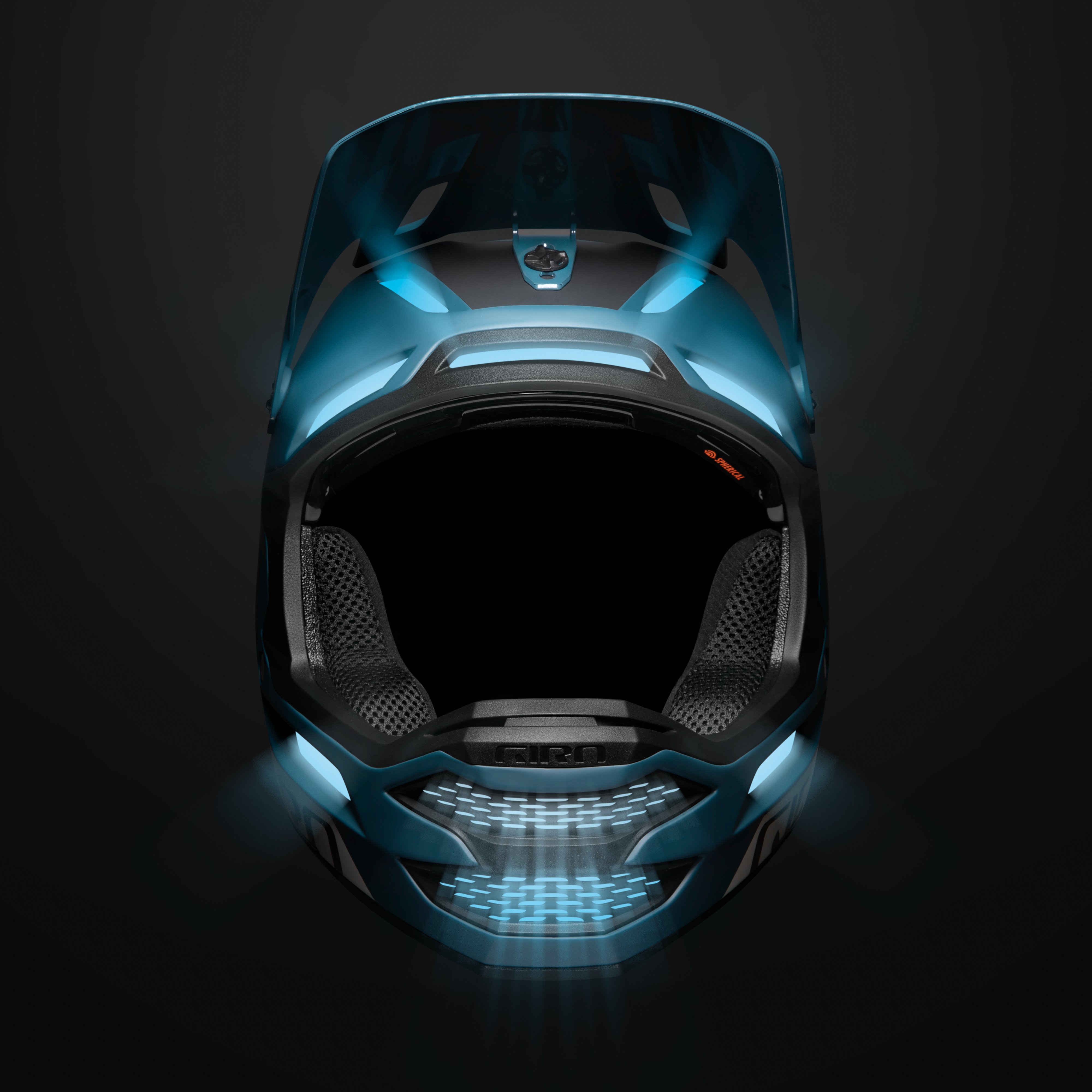 The Insurgent's cooling efficiency was improved by using Giro's "Therminator," a test rig for evaluating how much heat is extracted with a helmet on vs. no helmet at all. Giro claims the shape of the ports, and their routing, was optimized through analysis and then checked with the Therminator to ensure the new Insurgent out performed most other full face helmets on the market. 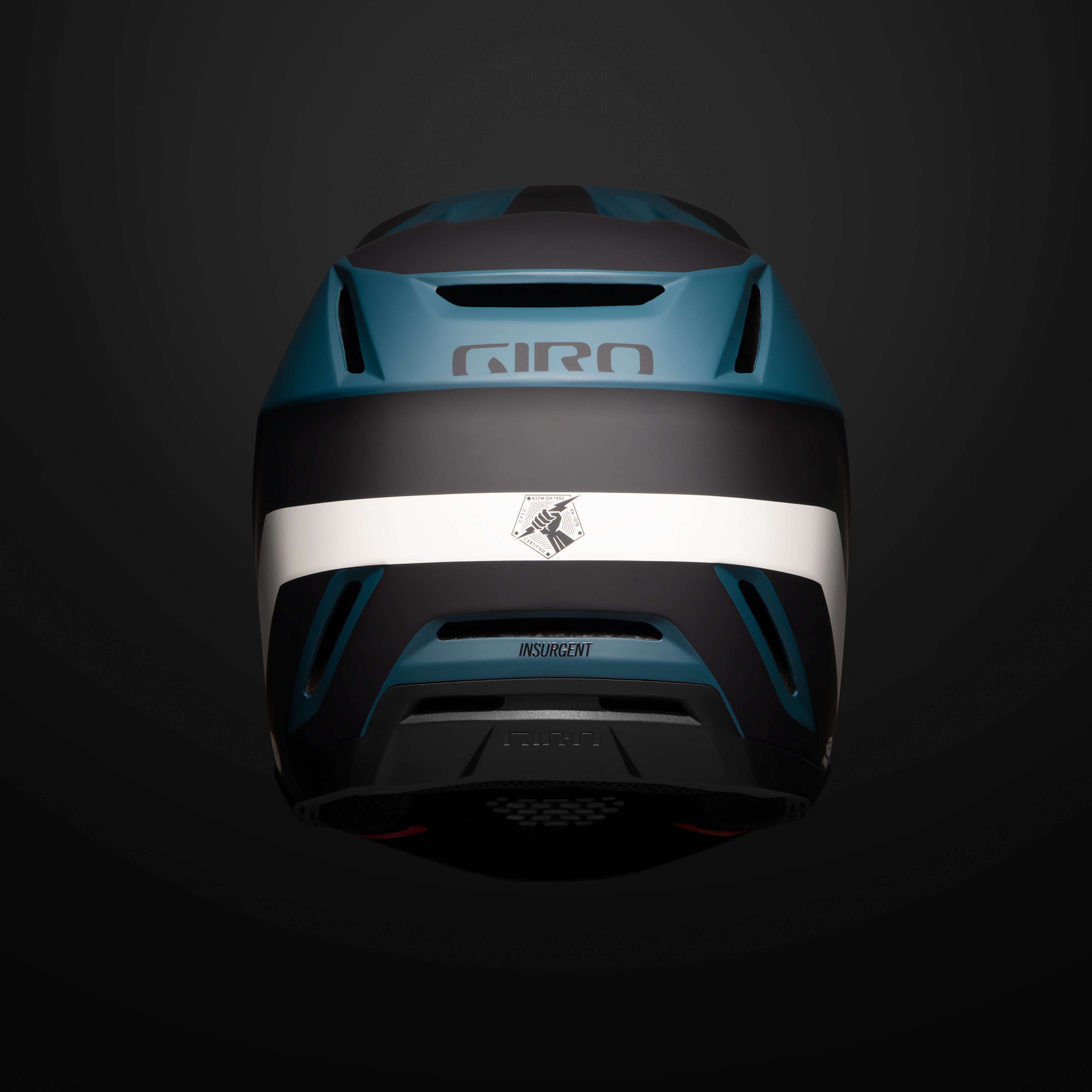 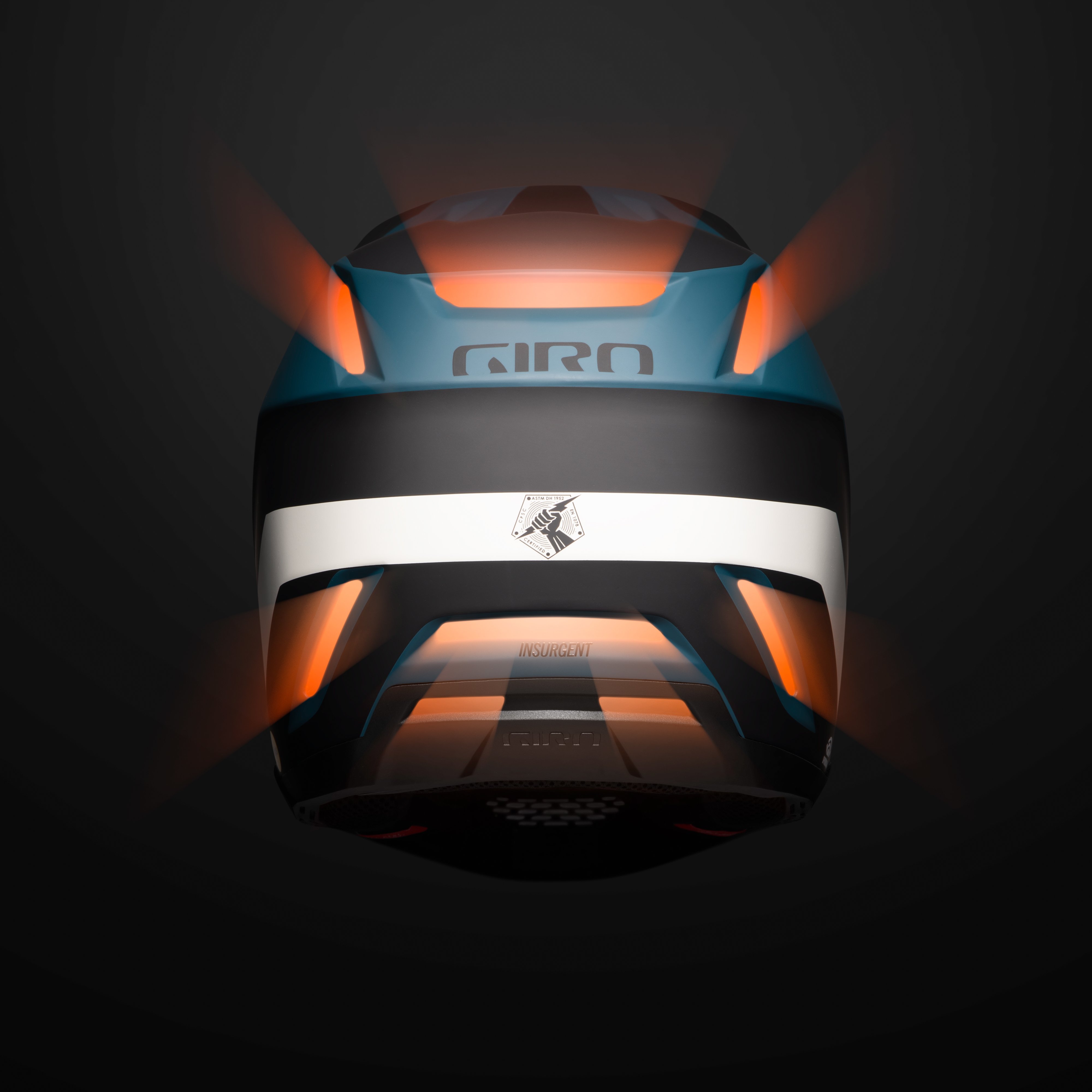 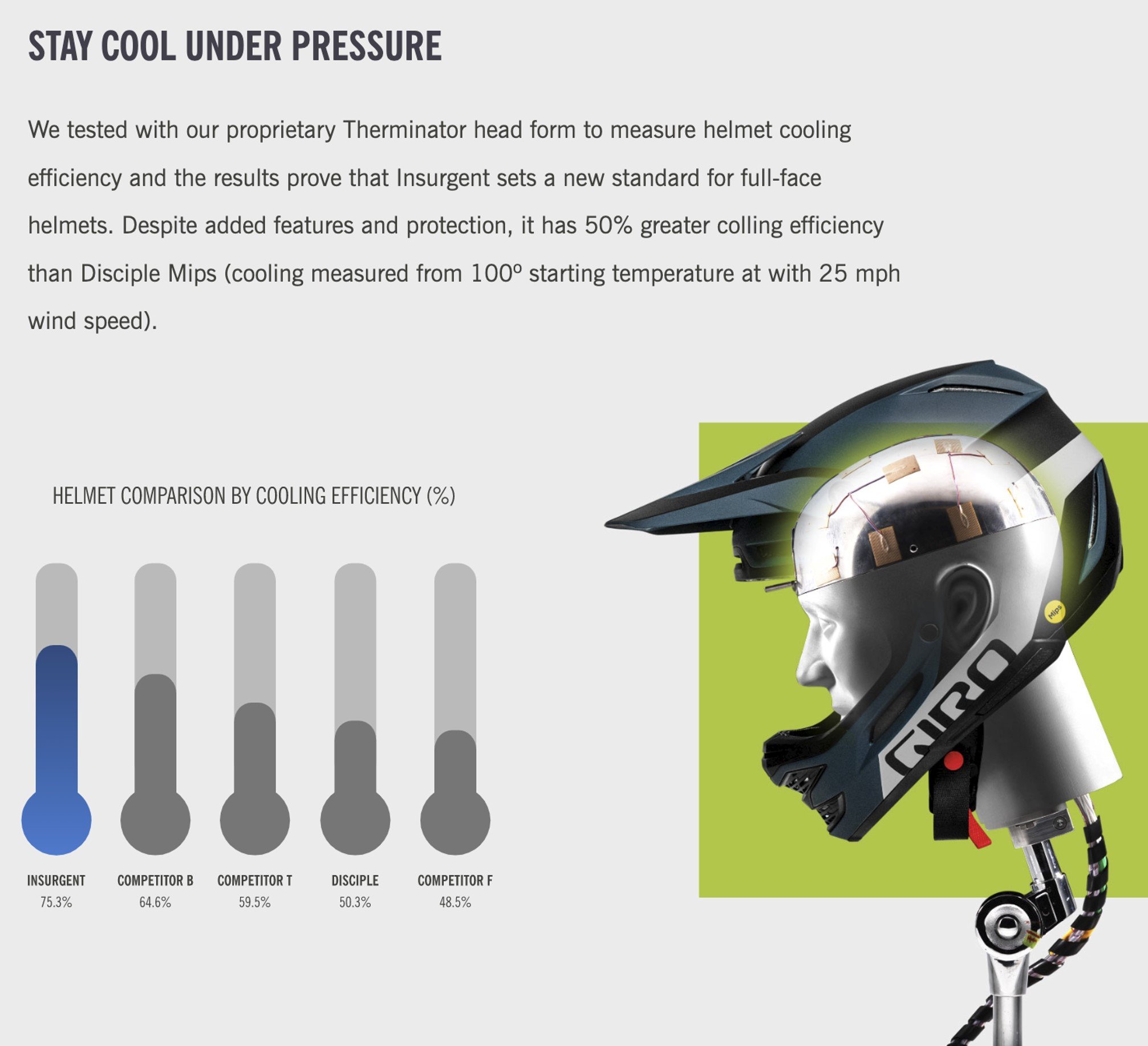 Giro's claims of high cooling efficiency with the Insurgent.

I have only just received an Insurgent helmet, and haven't had a chance to ride in it. I think it looks terrific and I like both the industrial and graphic design and the fit and finish is excellent. The helmet uses D-Rings, which I like, and speaks to the aggressive intended use of the helmet. All the fasteners are sleek and well-integrated with the look of the helmet. 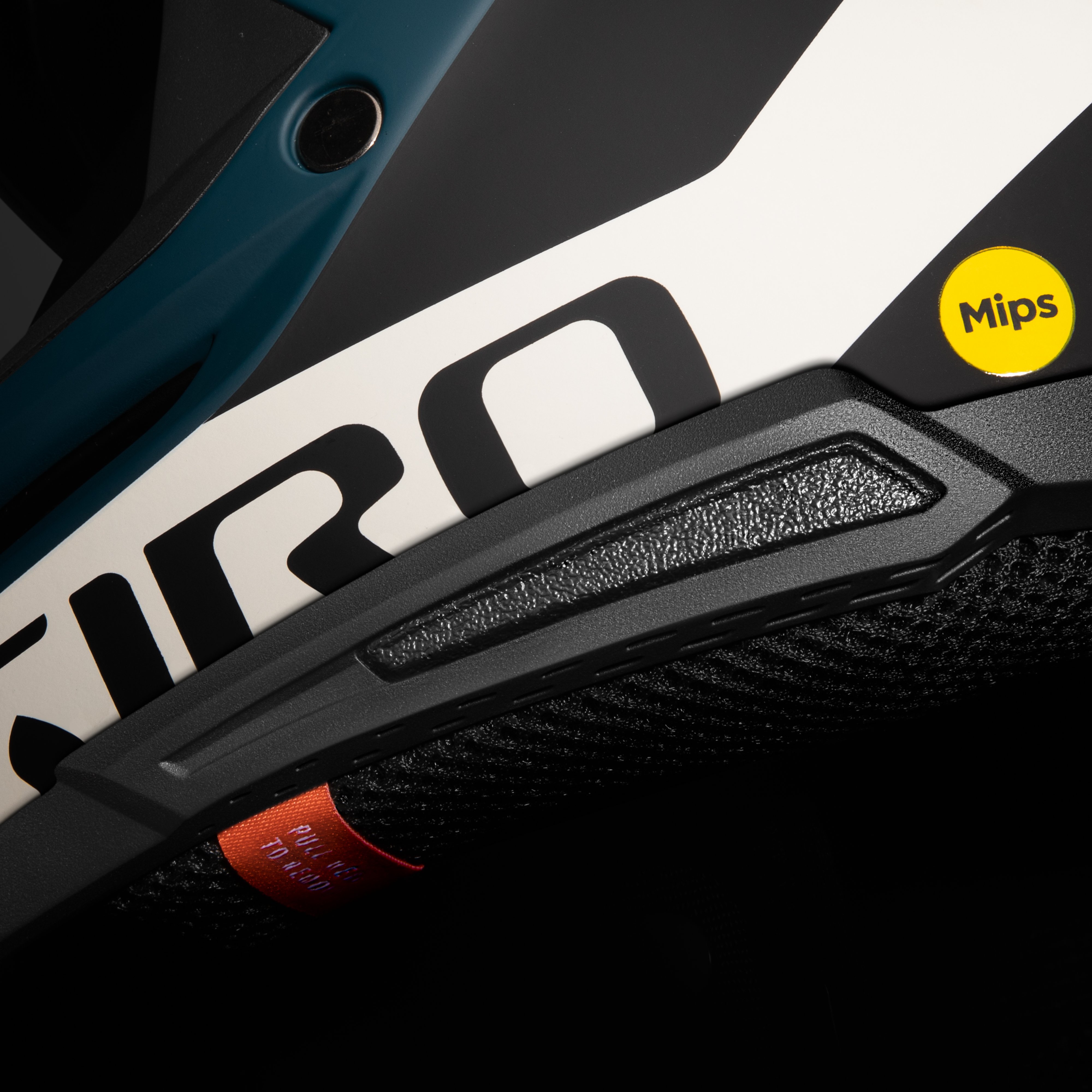 The Flex Gasket on the sides is intended to reduce the pressure point on your collar bone in a crash. The cheek pads have directional snaps, and easily removed in an emergency by pulling on the red loops.

I've ridden in some other helmets that use a Spherical MIPS system and I found they could make some noise when jiggled or riding rough trail. The Giro team claim they have optimized the elastomers used with the Spherical MIPS in the Insurgent to reduce any noise. Wearing the new helmet in my living room, while doing a Steve Peat at Mt. Saint Anne impression, with Bulls on Parade blaring, resulted in no jiggly noises. 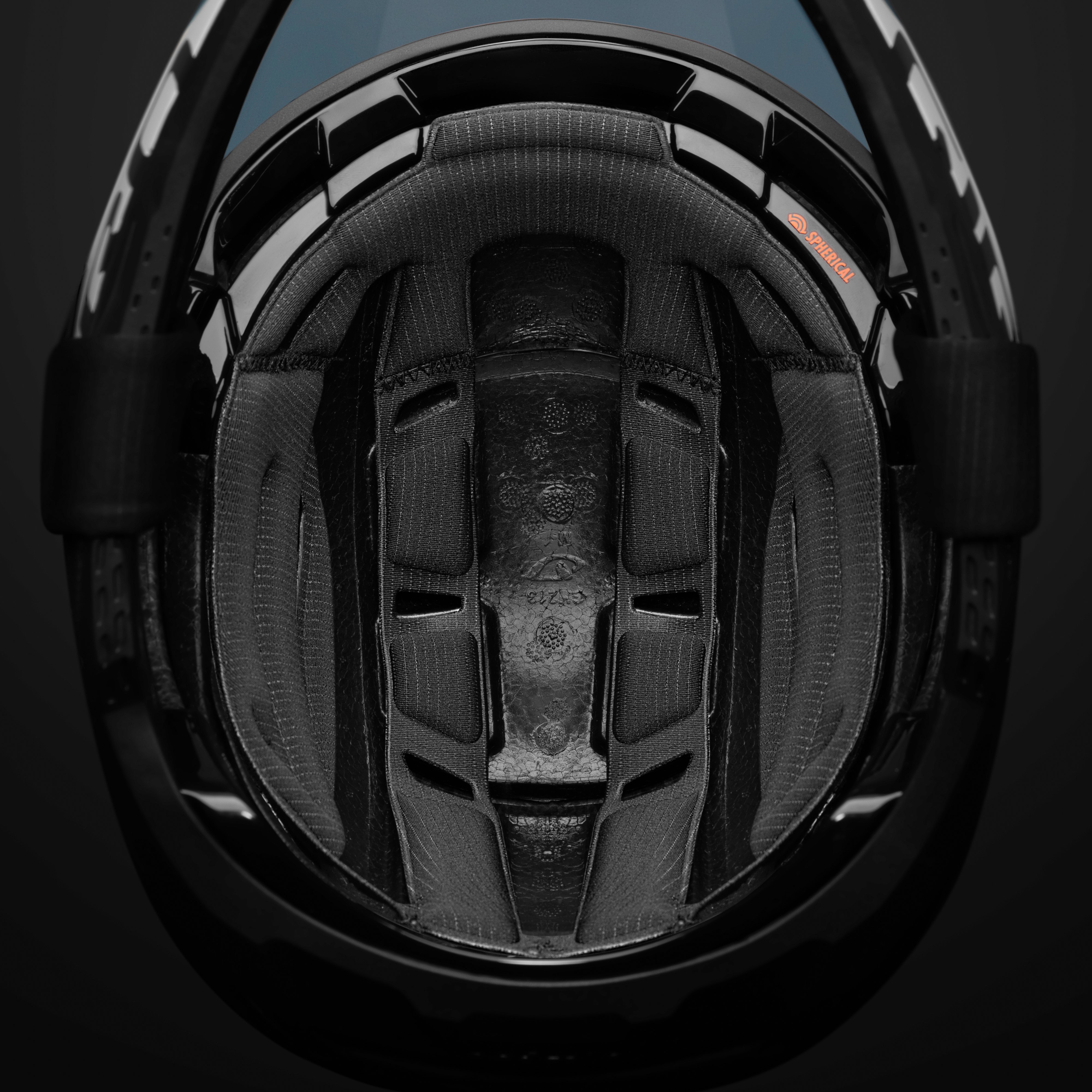 Cooling grooves and channels route through the Spherical MIPS and through the adsorbent, anti-microbial padding.

The fresh M/L size Insurgent fits very snuggly on my 57 cm head. I'm using the thinner 25 cm pads, so I'm hoping the Insurgent packs out just a pinch to give me a perfect fit. The M/L is said to fit heads from 55 to 59 cm, which I think could be tight on those in the upper end of that size range. 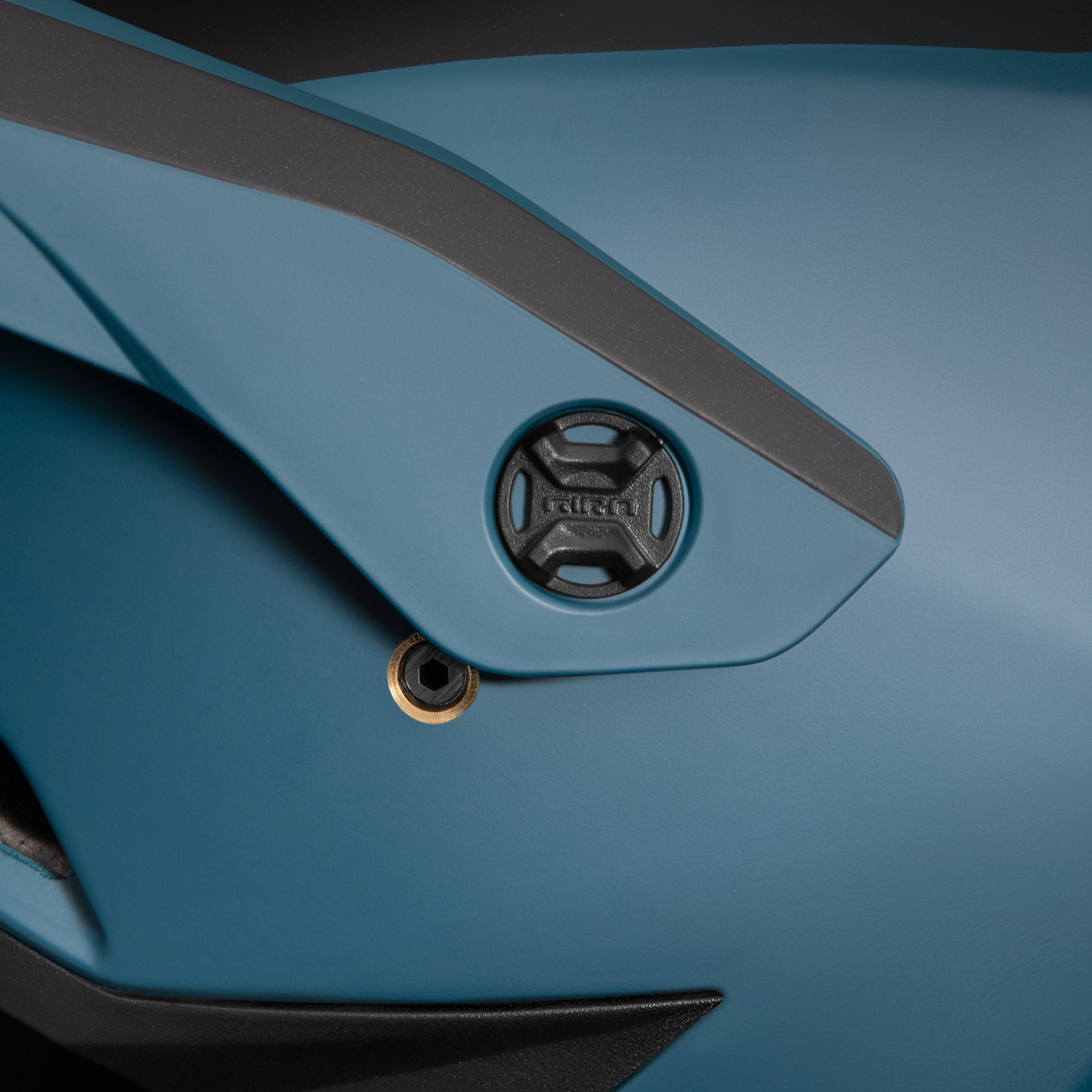 The visor is supported by slick looking breakaway bolts. 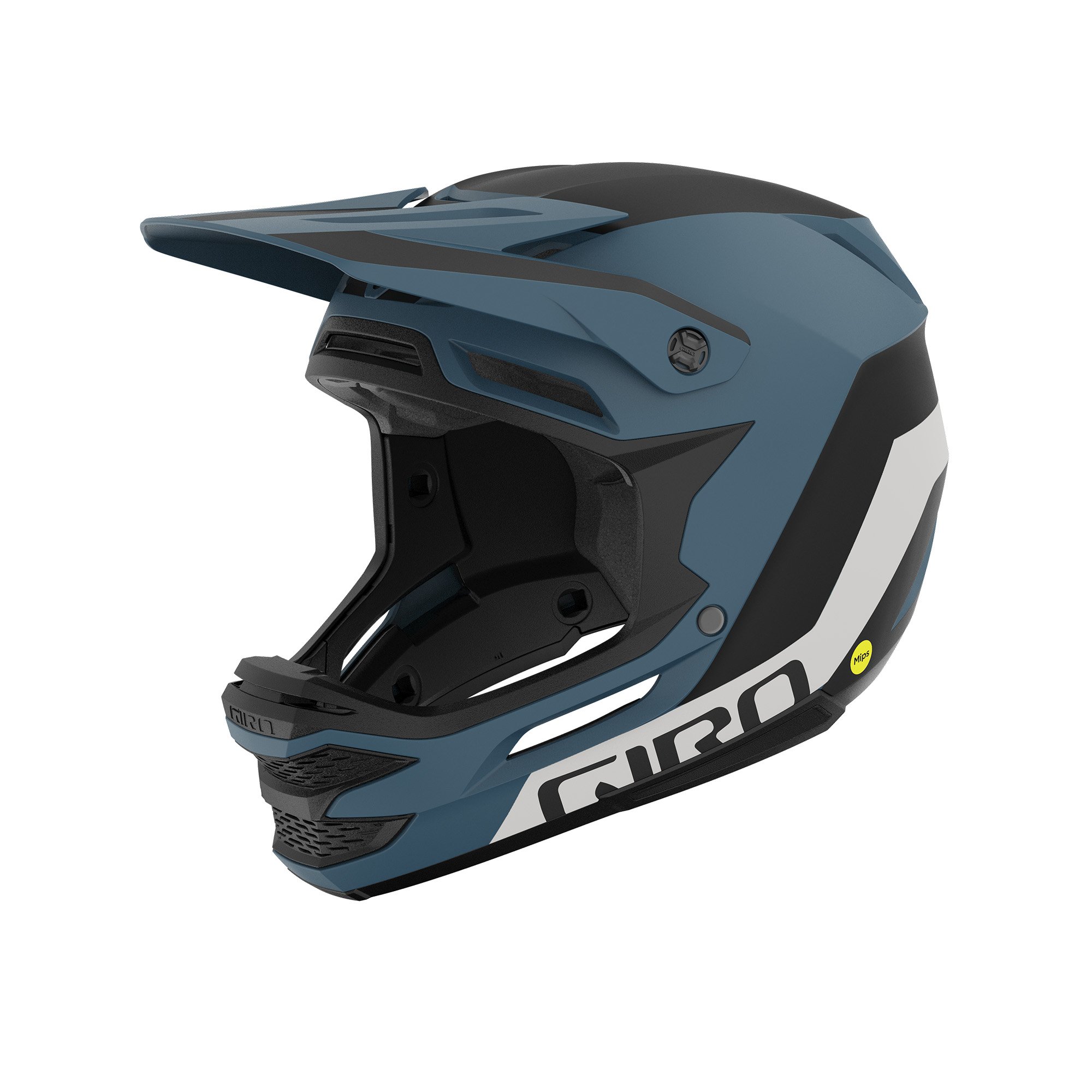 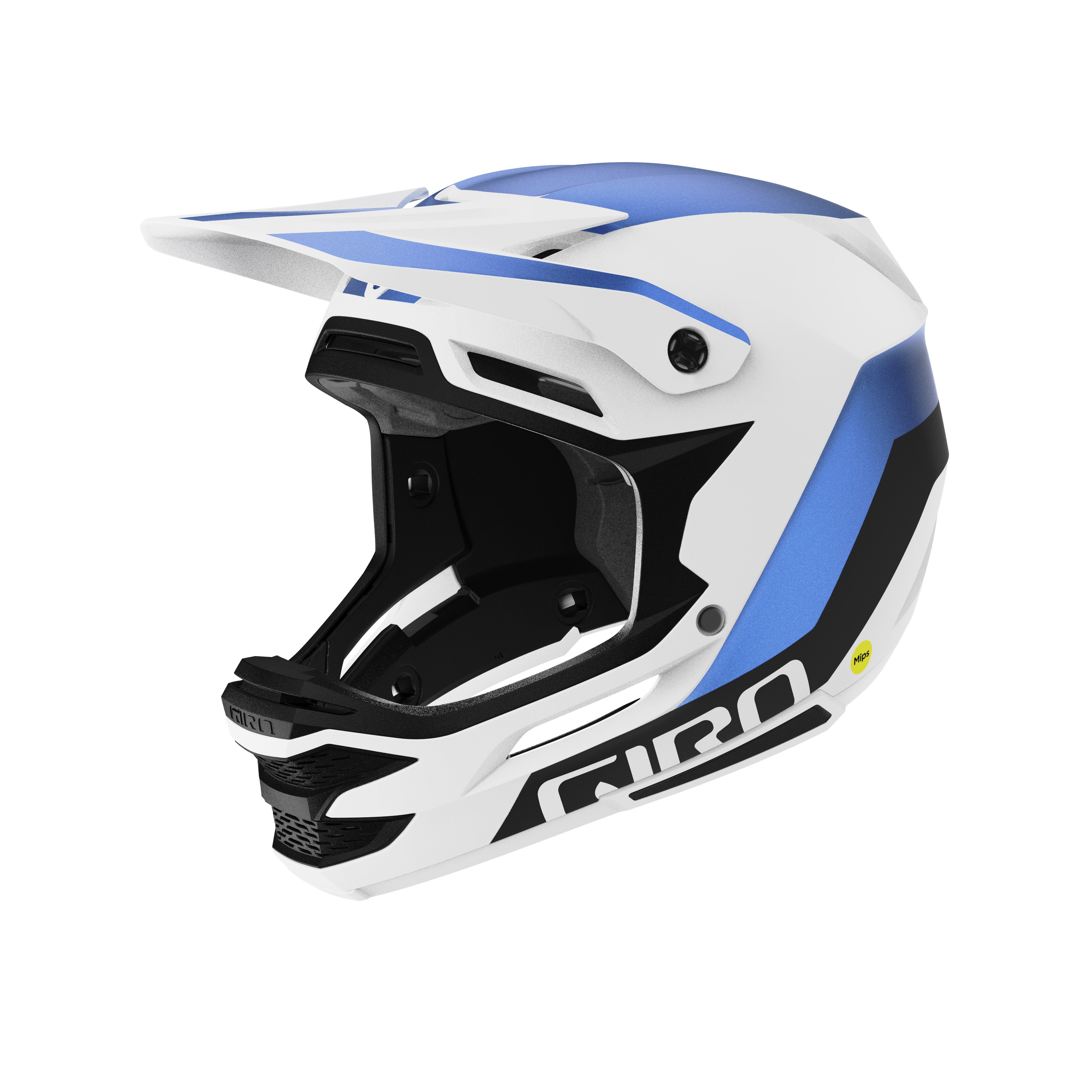 The Insurgent in Matte White and Blue. This is the colour I'll be testing. 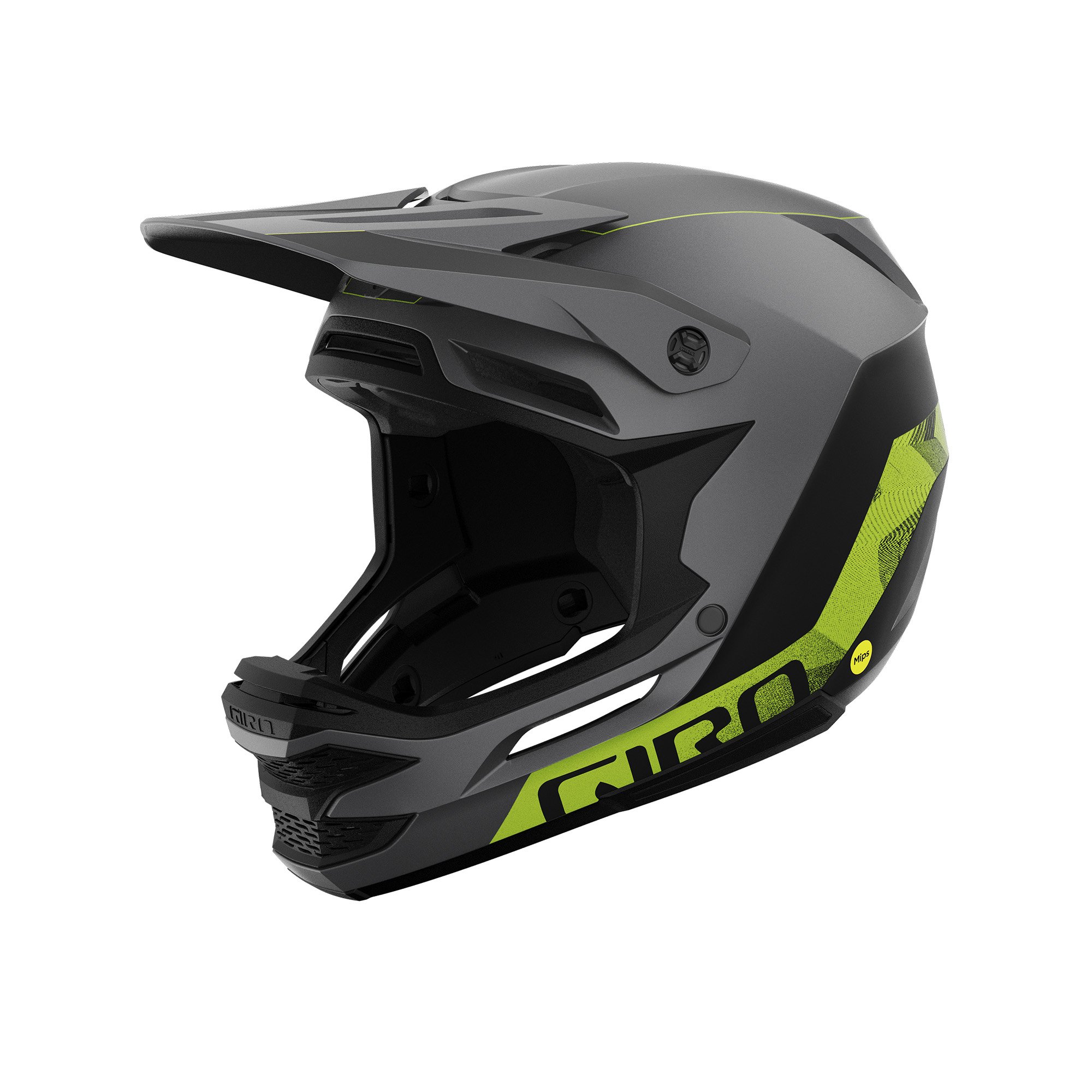 The Insurgent in Matte Metallic Black 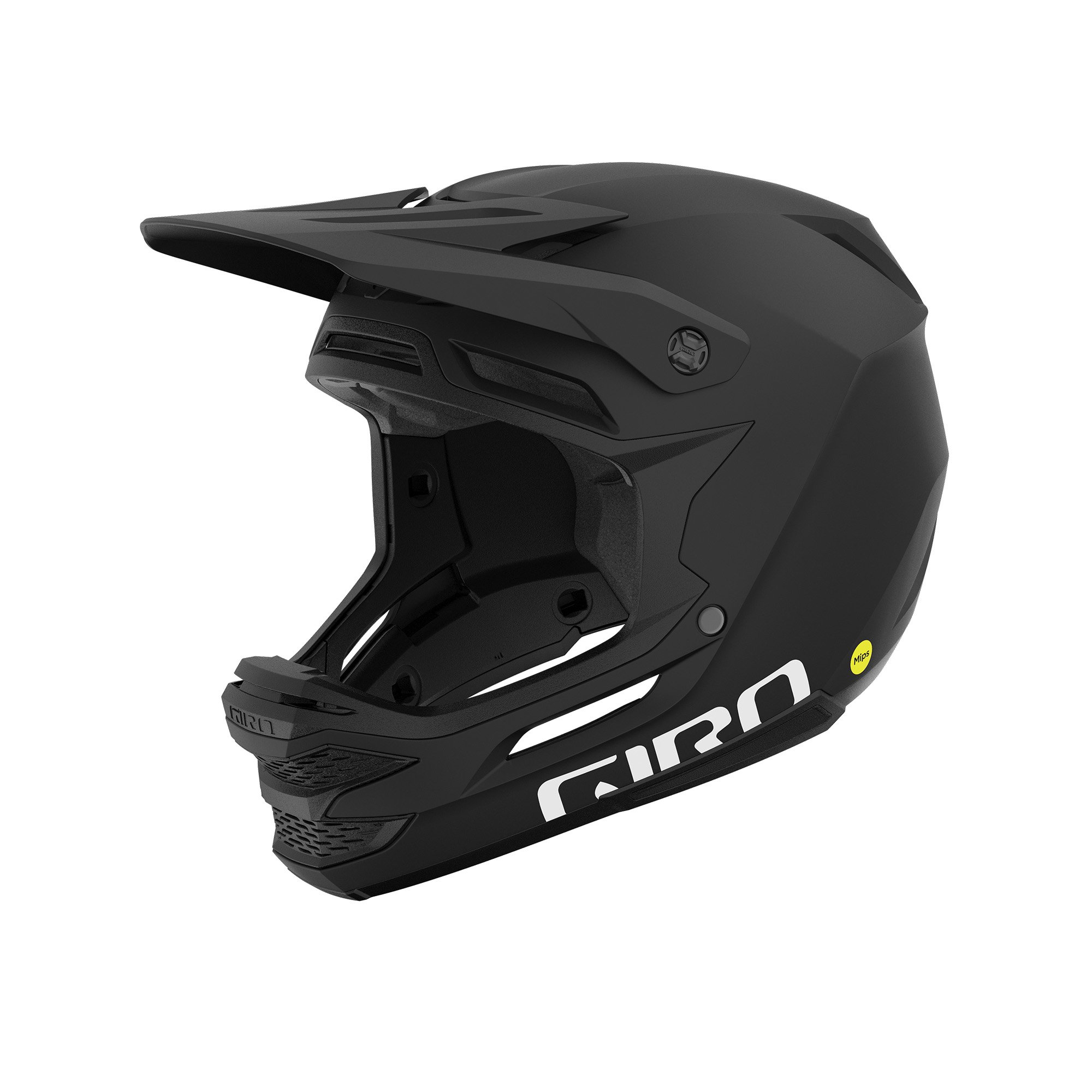 The Insurgent in Black 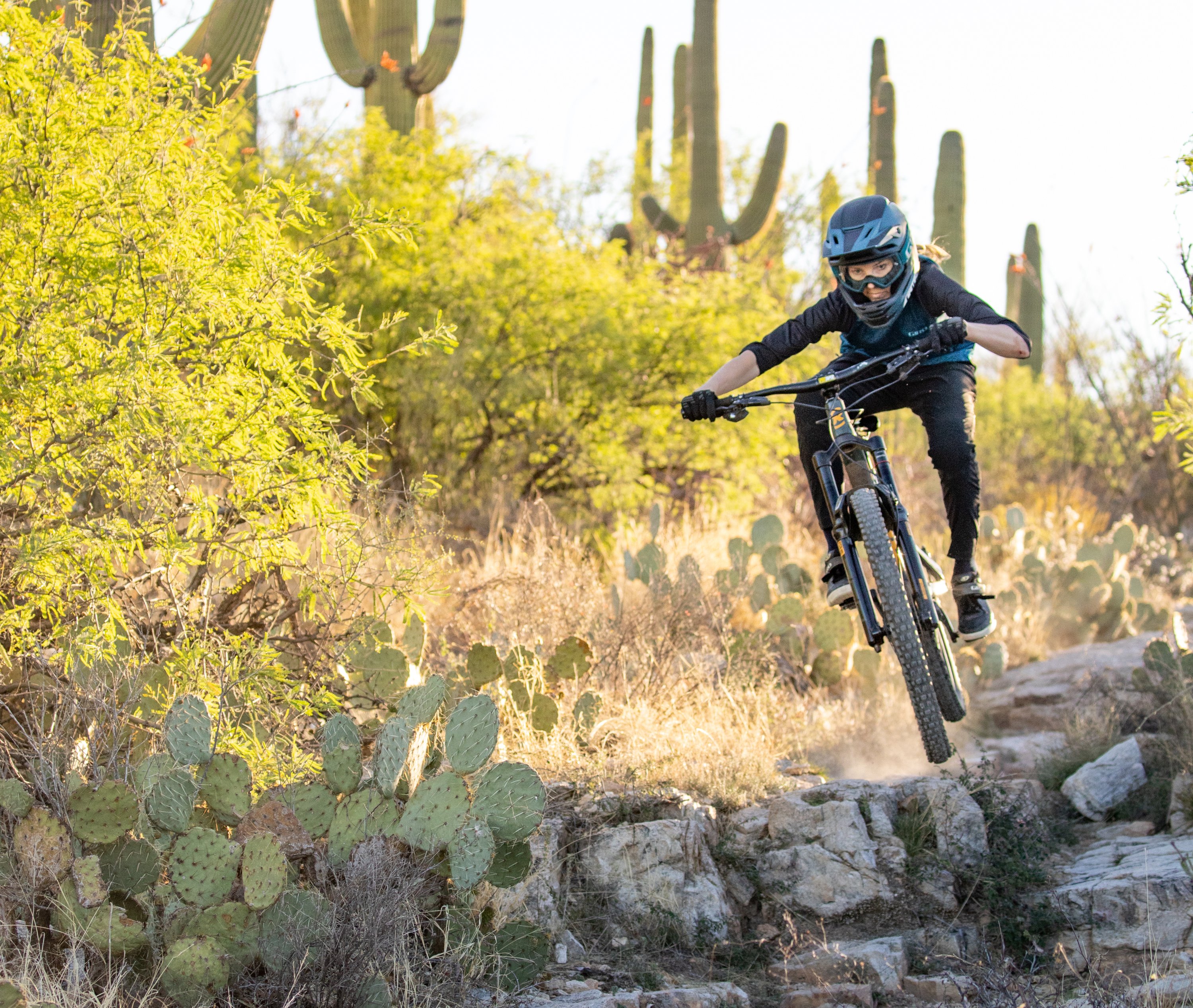 Pinned in the Giro Insurgent! 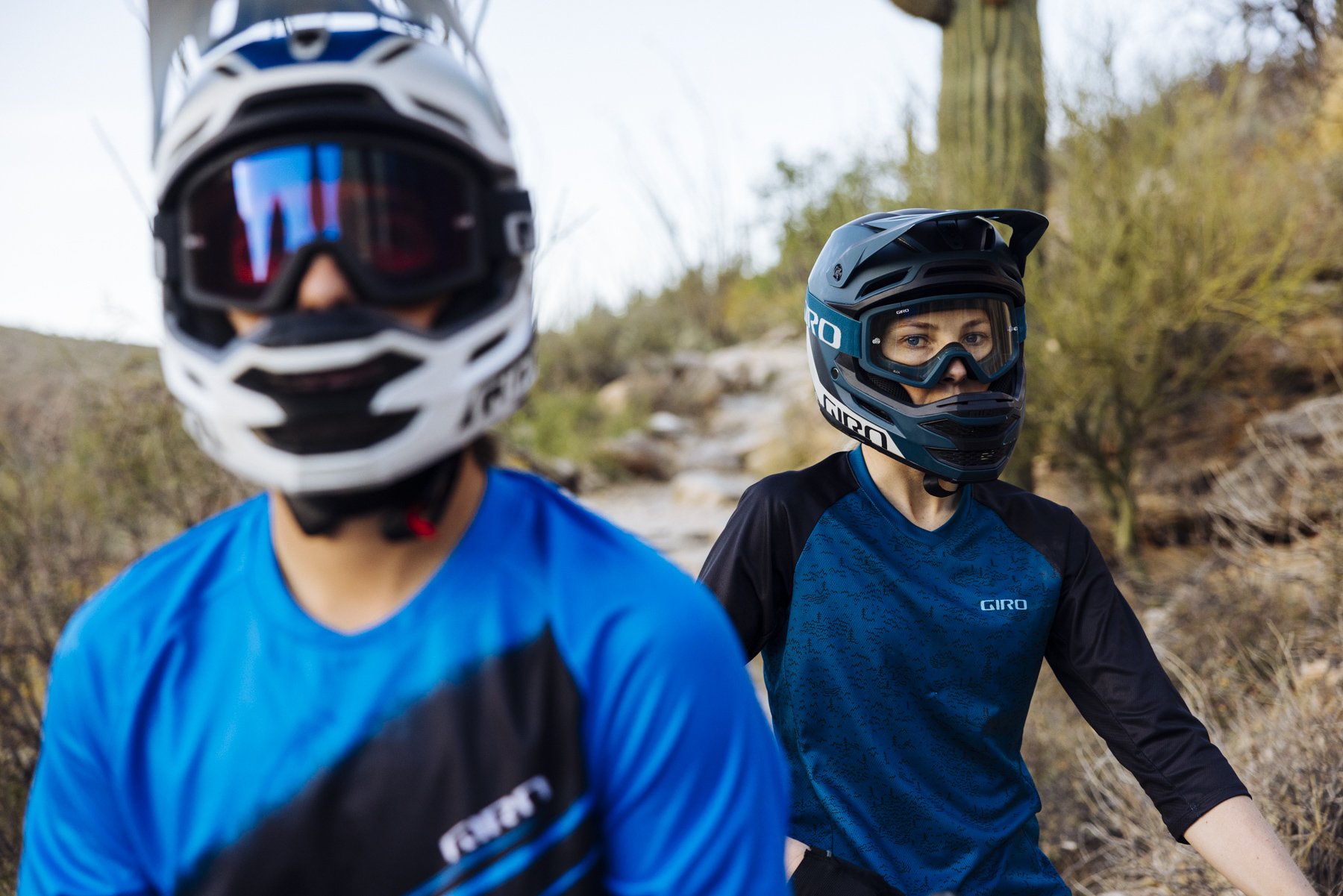 I like the direction that Giro has taken with the Insurgent, and think it's a smart looking helmet. I have one in my hands and will be riding it both on trail bike rides as well as the bike park. I'll report back with my thoughts on the all new Insurgent in a few months.

I hate giggling helmets! The worst!

LOL ... darn it. That should have been jiggling. It was late ok. You get what I'm talking about!

What's the point of testing the cooling ability at 40km/h? Let me know how well it cools at 5 km/h when I am grinding up to the next trail.

I love the cooling comparisons with "Competitor B, T, and F".  Hmmmm, who could those be??