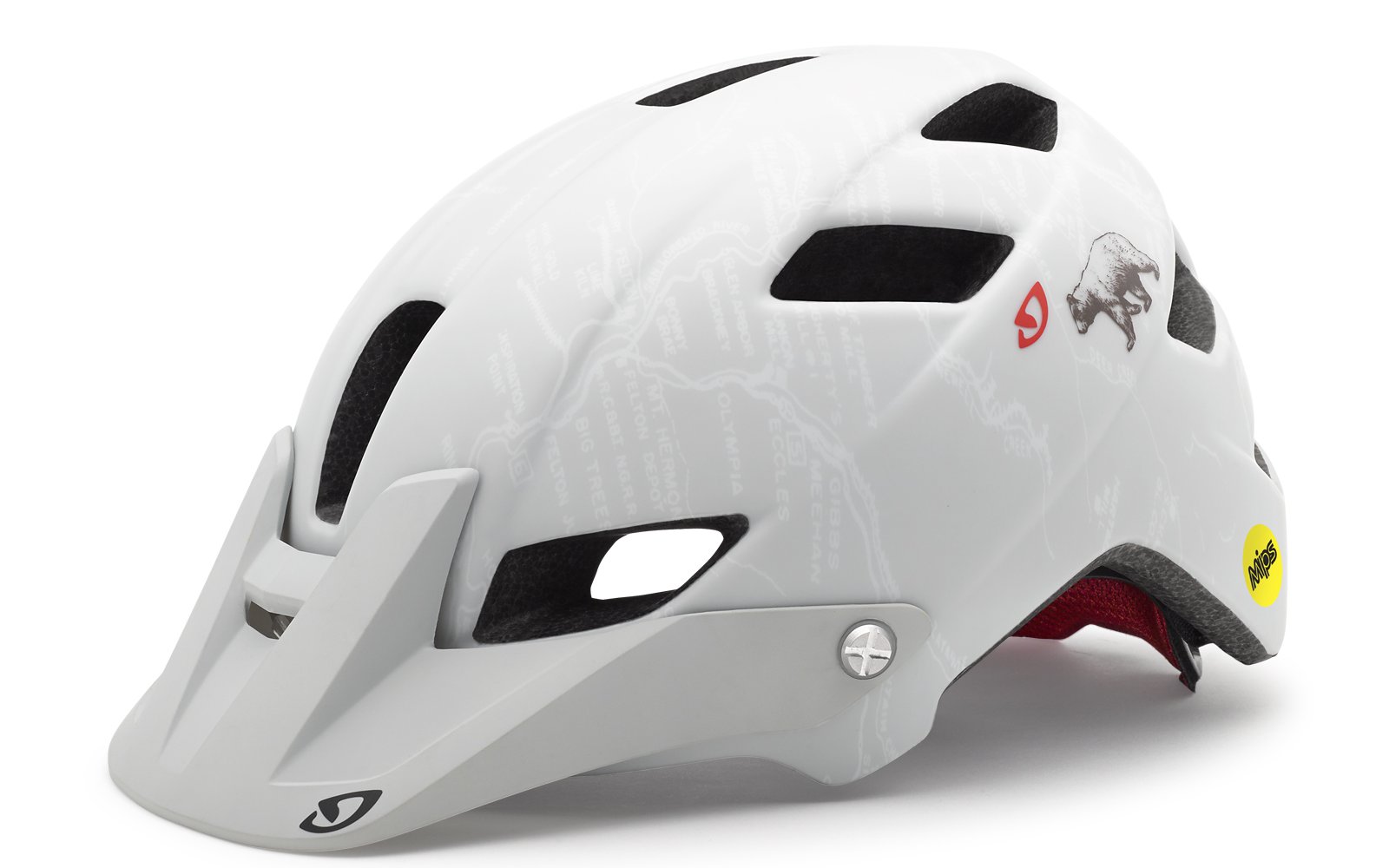 All Giro helmets are designed to reduce as much energy as possible while meeting and exceeding stringent safety standards. The goal of Giro’s MIPS-equipped helmets is to further reduce rotational forces. There are three main components to a MIPS-equipped helmet: the EPS liner, the Low Friction Liner and an elastomeric attachment system between them. In an impact, the elastomeric attachment system stretches to allow the EPS liner to rotate independently around the rider’s head. Although the system only moves a few millimeters, Giro believes that helmets equipped with this technology can reduce the amount of rotational force that may be transferred to rider’s brain in certain impacts.

Feature/ Feather MIPS MSRP $95/€95 The FeatureTM delivers a low-profile shape with more coverage than traditional XC helmets, plus channeled vents that radiate heat up and out when you’re climbing at lower speeds. A single-piece In-Mold shell enhances durability, yet keeps weight to a minimum, and our rugged In-Form fit system offers one-handed fit and stability adjustment. The FeatherTM delivers the same functionality as part of our Women’s Series Collection. 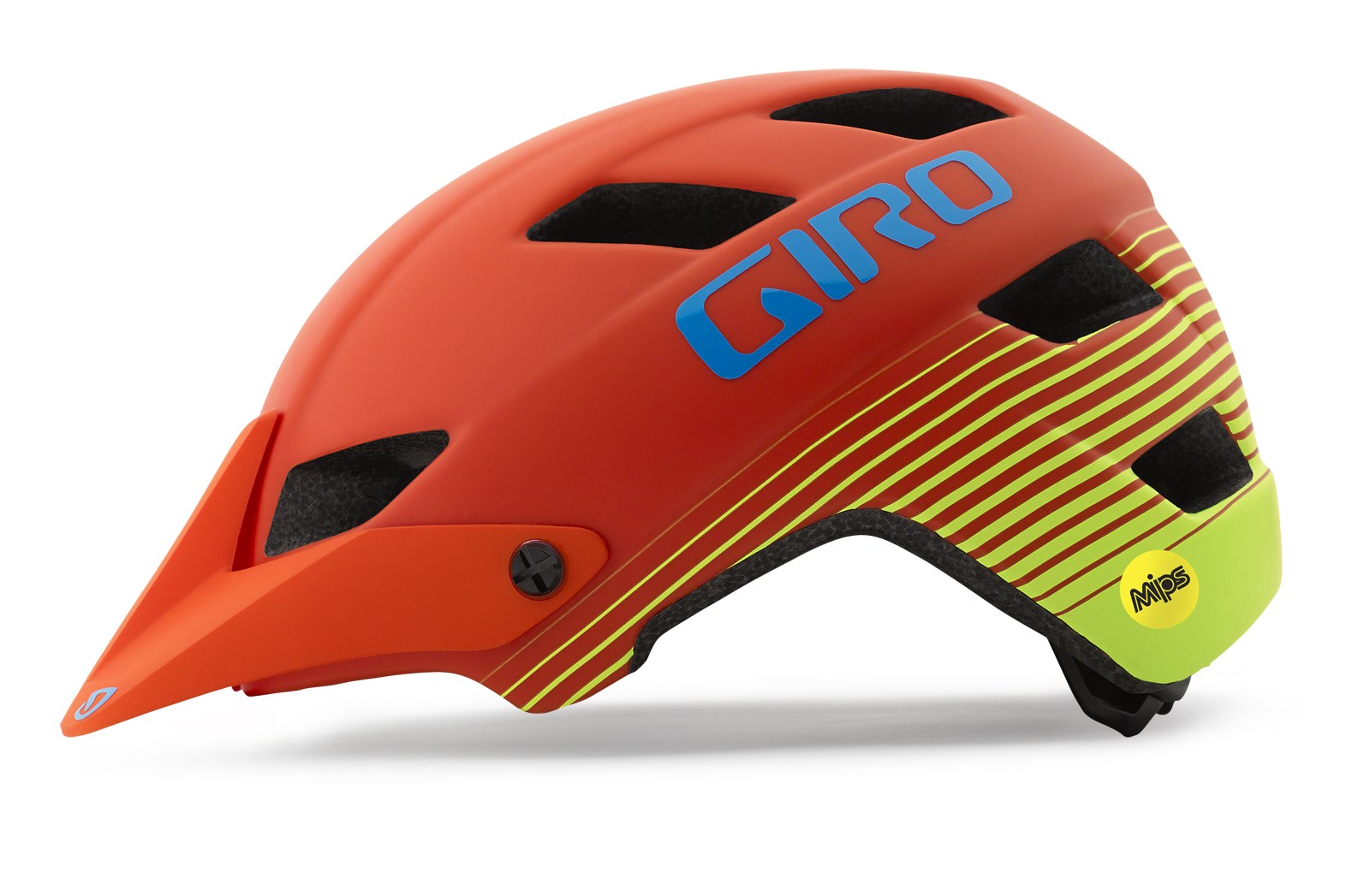 This colour scheme should be called Groovy Sunset. 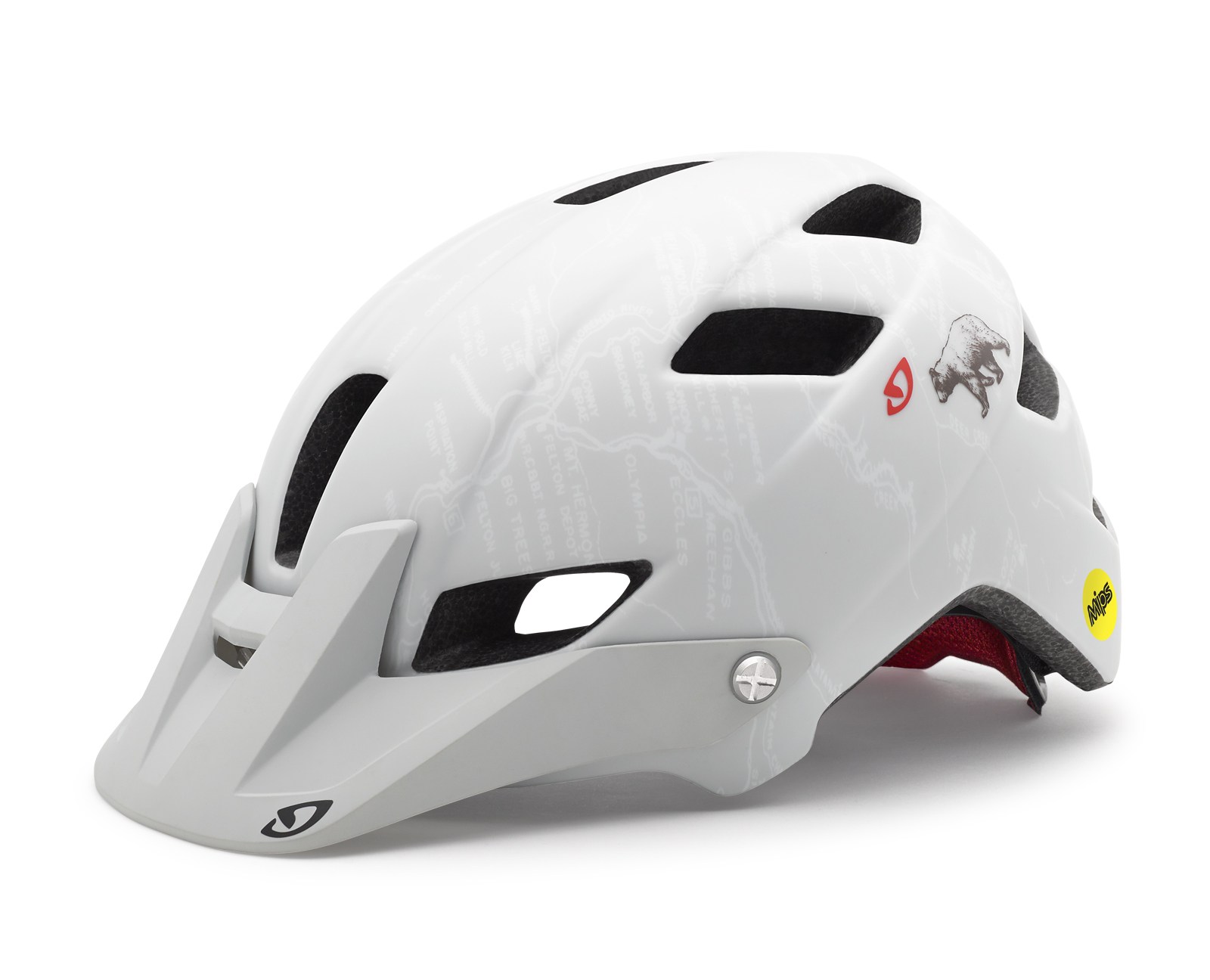 The Bear is a nod to Giro’s Californian roots. 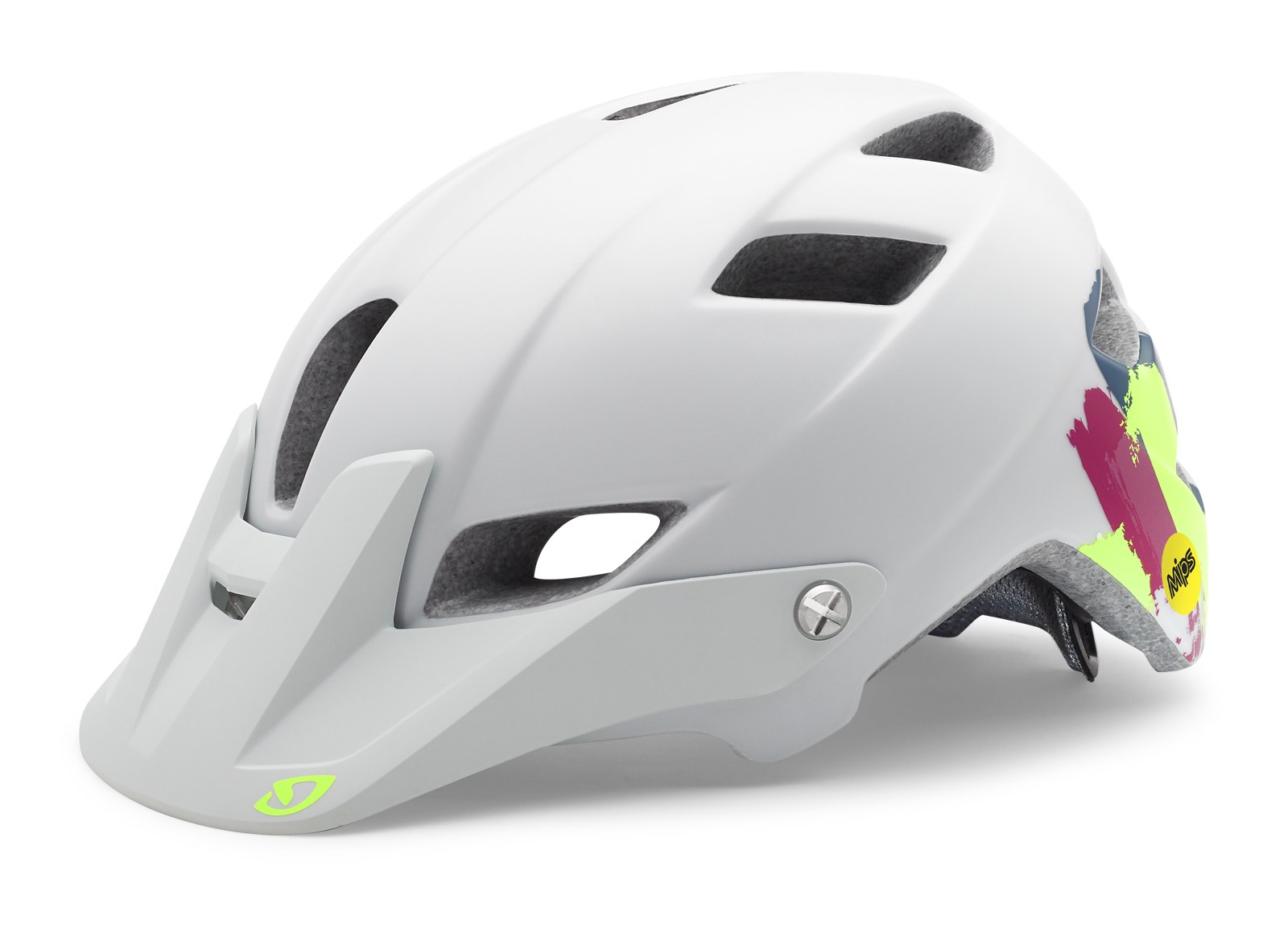 The women’s version is called the Feather, and comes in several colours, including this white number, which looks to be inspired by Vuarnet eyewear ads from the 80s.

Well that’s a whole lot of head protection for one day, dontcha think?

I've been waiting for Giro to release new open-face aggressive riding lids. Sadly, adding MIPS to the Feature, a helmet that I've rarely, if ever seen on the trails will likely lead towards either a TLD or Smith lid.
Was hoping to see something similar to the Bell Super, but in the Giro head shape pattern dealio.
Does Giro plan to add MIPS to their snow lid line?