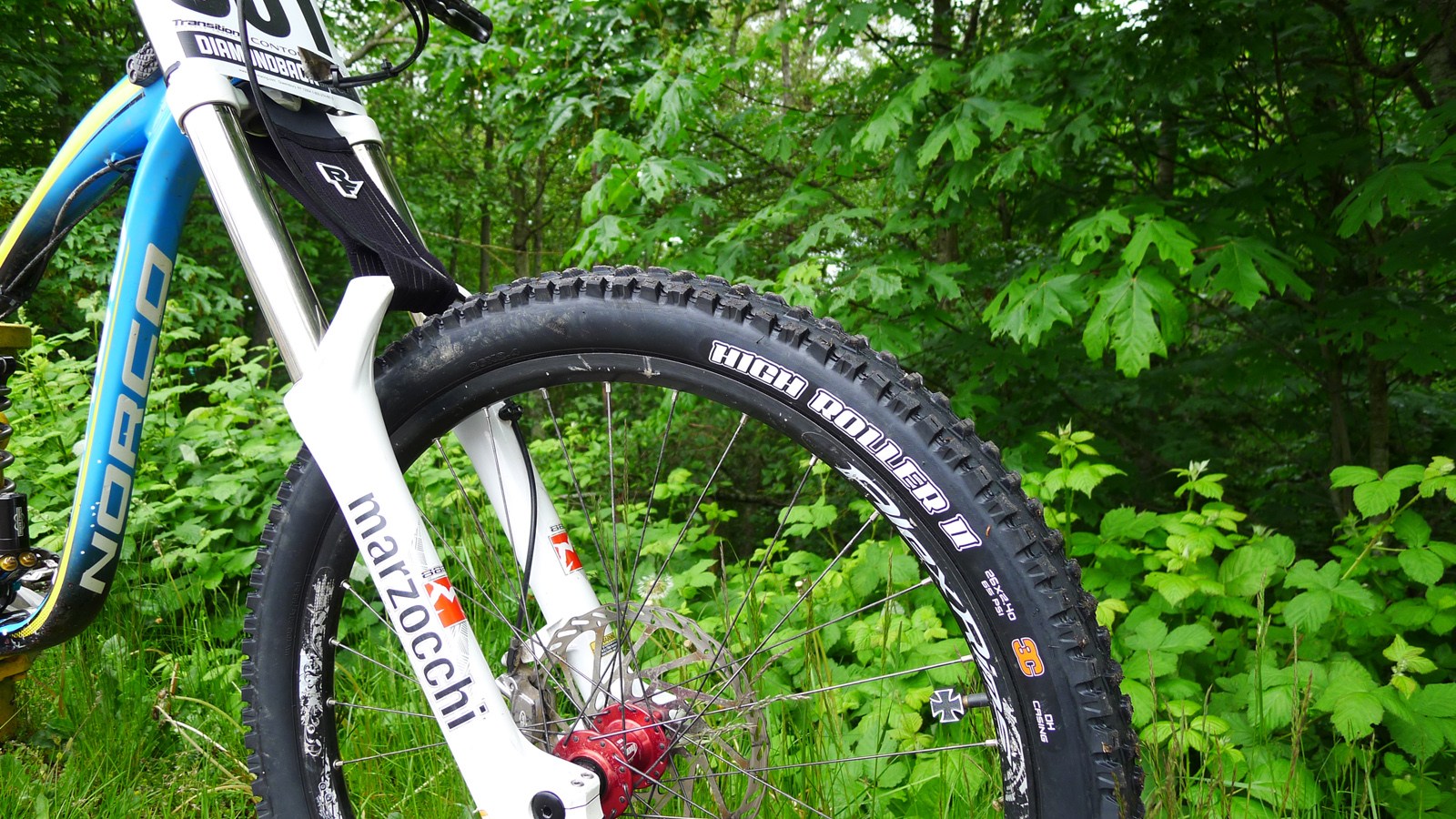 New Higher Roller 2 mounted to the DH rig and ready to do some damage.

Maxxis seems to be reviewing their tire width designations with this 2.4” HR2 being similar in width to 2.5” Minions and High Rollers. I like the change as it brings Maxxis’ sizing more in line with the current market. The new HR2 has some big shoes to fill, given that the original High Roller was one of Maxxis’ most popular and versatile tire. I personally really like the original High Roller and was eager to find out if Maxxis made the already excellent High Roller even better.

The first thing I noticed when riding the HR2 was the quantity of grip, both braking and cornering. The HR 2s stuck like glue to slippery features like roots and rocks, due to the ultra soft rubber and many small edges. Using a durometer I measured 44 Shore A down the center and 34 Shore A on the sides. The aggressive center knobs provided humungous grip when on the binders, which allowed for scarily late braking manoeuvres. The HR2 seems to transition from braking to cornering more gracefully than the old High Roller, and I think that’s for two reasons; additional longitudinal siping on the center knobs, and the narrower gap between the center and side knobs. The near gummy side knobs seemed to cling to greasy roots and rocks like none other, which made staying on slippy high lines a breeze. The carcass of the HR2 seems to be the same tried design we’ve all come to love on the original High Roller, and built to the normally high Maxxis standards. 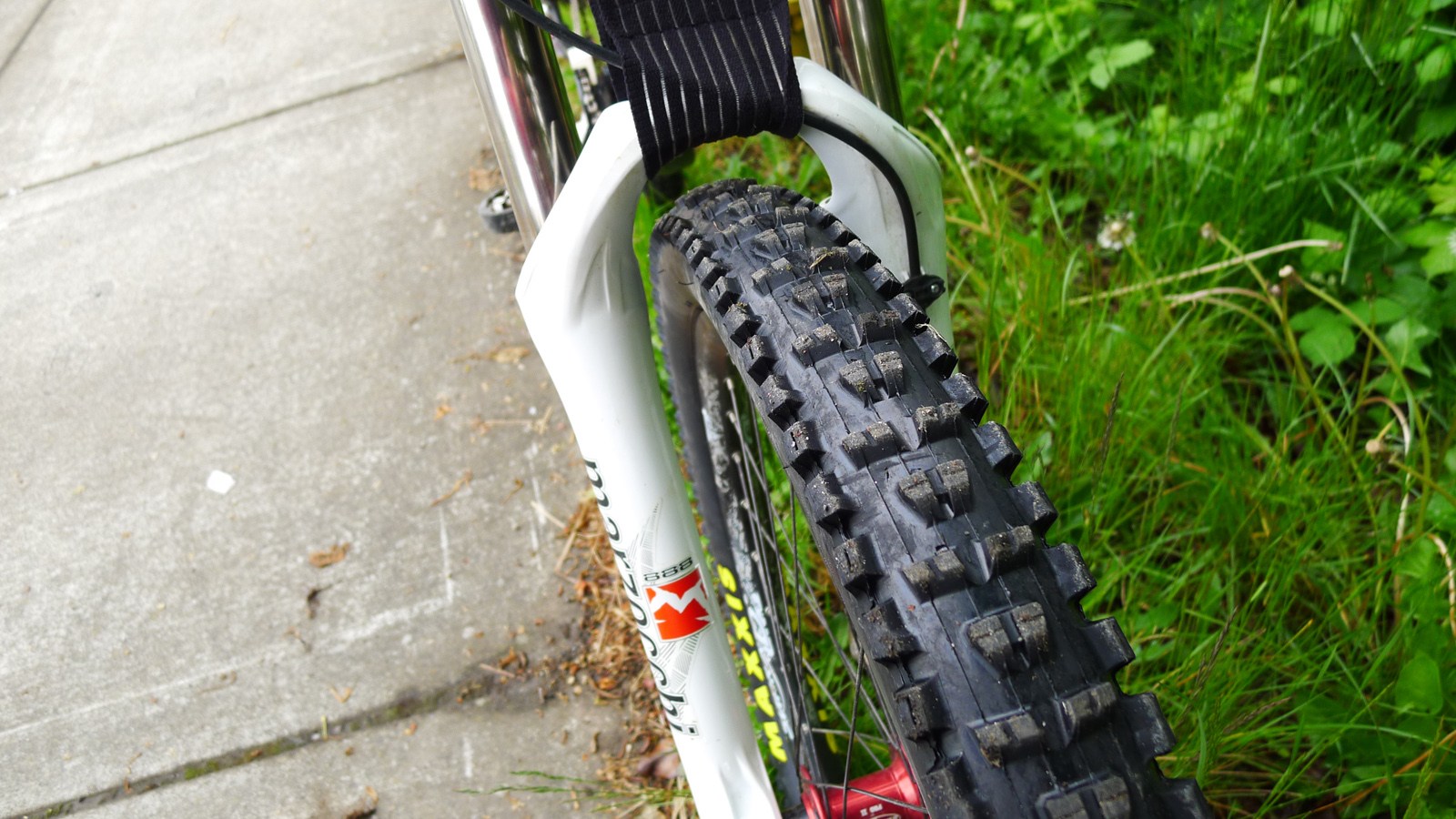 An aggressive tire designed to maximize stopping and turning.

So far I have discovered three areas where the HR2 isn’t strong. I noticed that in thick, almost peanut butter consistency mud, the HR2 side knobs skated across the surface and seemed to have little bite. In riding both the Muddy Mary (see that review HERE) and original High Roller on the same day in the same conditions the HR2 and Maxxis’ other new tire the Minion DHR2 were definitely the weakest. I also noticed that in the harder pack sections where cornering loads were higher the ultra soft side knobs started to squirm and folder over. This resulted in less ultimate traction than I was expecting and vague feedback at the limit. Given the HR2 is an aggressive tire it is no surprise that it is a relatively slow rolling tire. 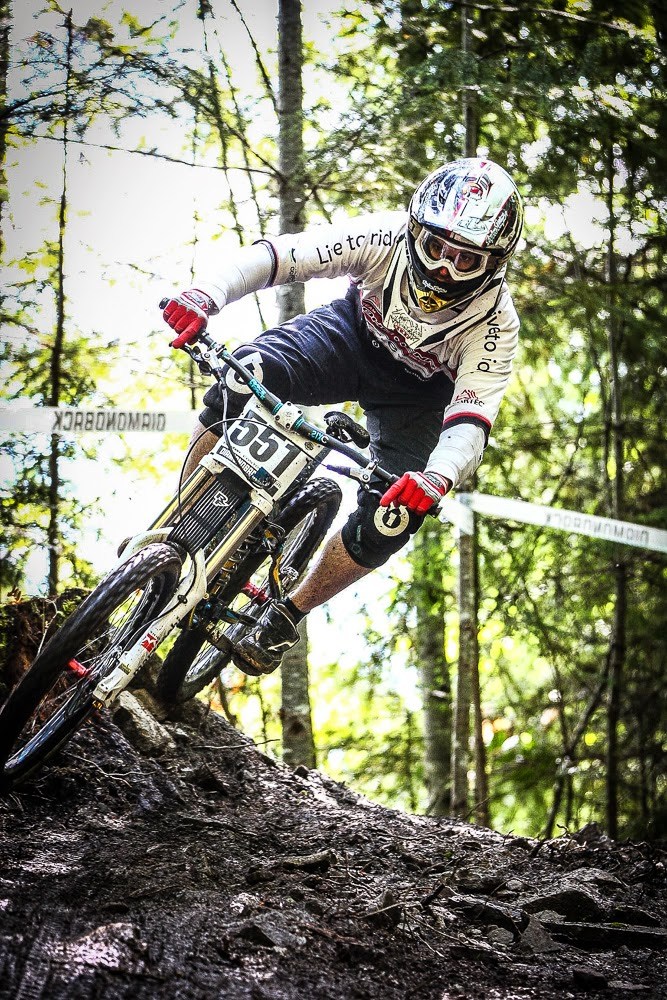 Riding the High Roller 2 in these conditions was a blast. Photo George Porteous

Pending longer term testing to determine durability, the HR2 seems to fill the boots of its predecessor. Strengths are: super soft grippy rubber resulting in excellent traction on slippy things; and aggressive tread providing loads of traction and top notch construction quality from Maxxis. Weaknesses are: higher load cornering on hard pack is a little vague; likely rapid tire degradation due to the supple side knobs; and relatively high rolling resistance. While the optimal use window might be a bit narrow, when used in the right conditions the grip produced by the new High Roller 2 is monumental.

Were you a fan of the original High Roller? Should Maxxis bring back the orange stripe? Slide into the comments below…