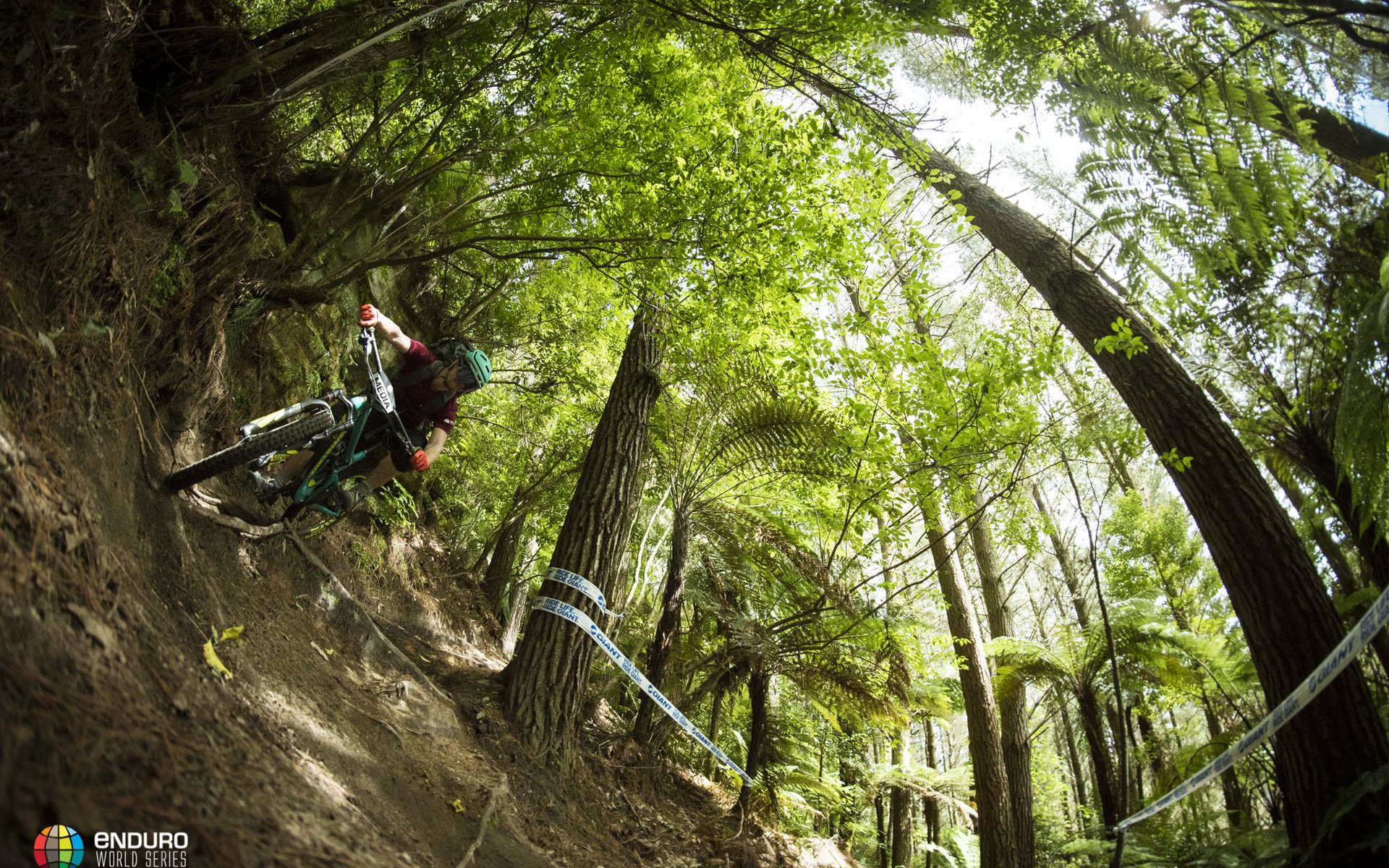 Kicking it off in New Zealand

After a 6-month hiatus, the Enduro World Series is back, with the Giant Toa Enduro kicking off the 2017 season. Expect to see a mix of old favourites and a few new locations this year, as well as plenty of close racing. We've got all the details from the EWS themselves after the break.

The 2017 Enduro World Series is heading down under for the first race of the year in Rotorua, New Zealand.

After six long months, the off season is finally over and this Sunday riders will be lining up on the start line of the Giant Toa Enduro at the opening event of Crankworx Rotorua.

Taking place in the famous Whakarewarewa Forest, competitors will be taking on seven stages in this one day race that will test riders over a variety of terrain from steep and technical to fast and physical. 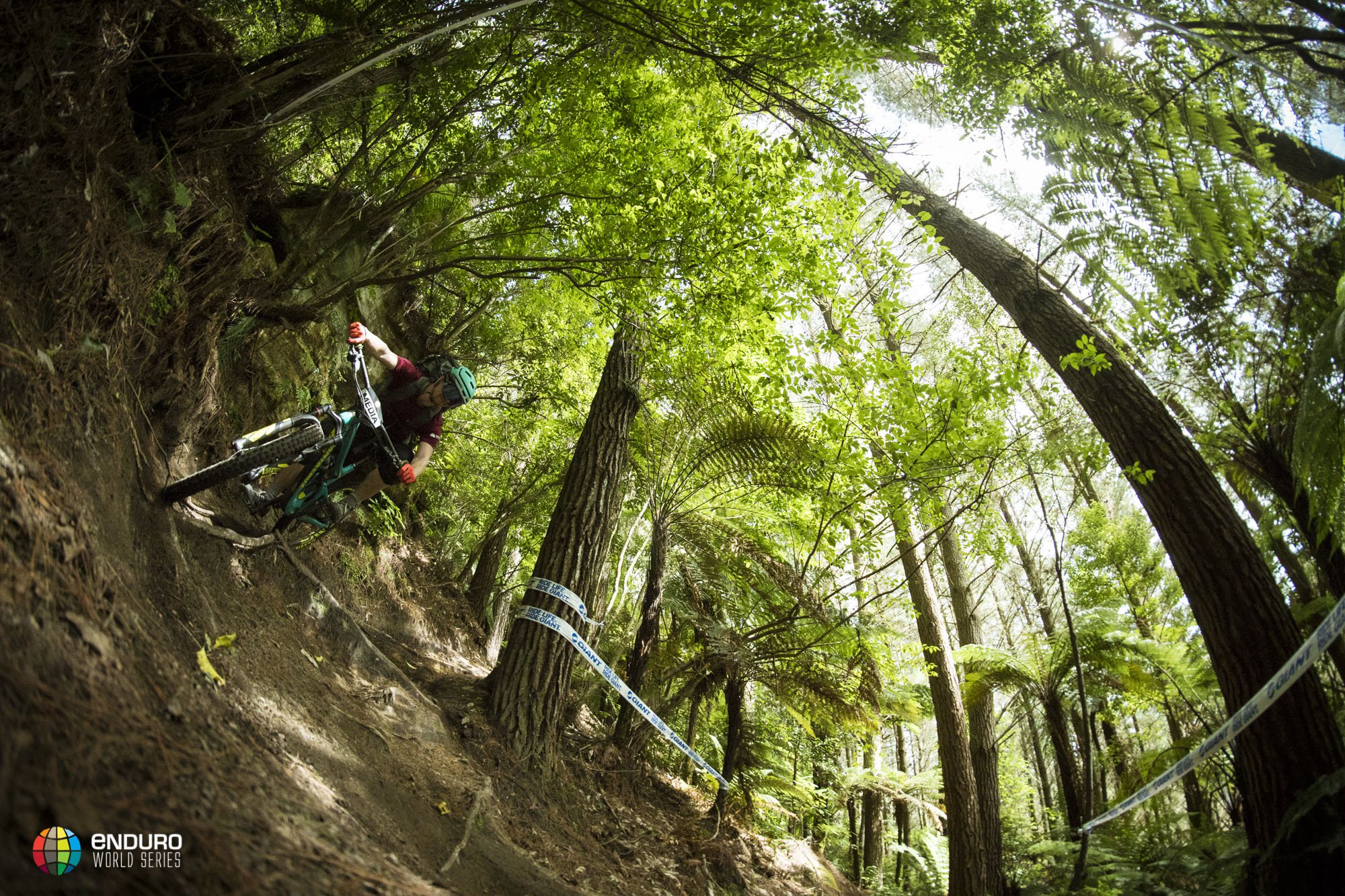 All eyes will be on reigning World Champions Richie Rude (Yeti Fox) and Cecile Ravanel (Commencal Vallnord Enduro Team) to see if they’ll be able to dominate their respective fields as they did so convincingly last year. Trying hard to stop them will be a stacked line up of pros all hoping to steal their crowns. 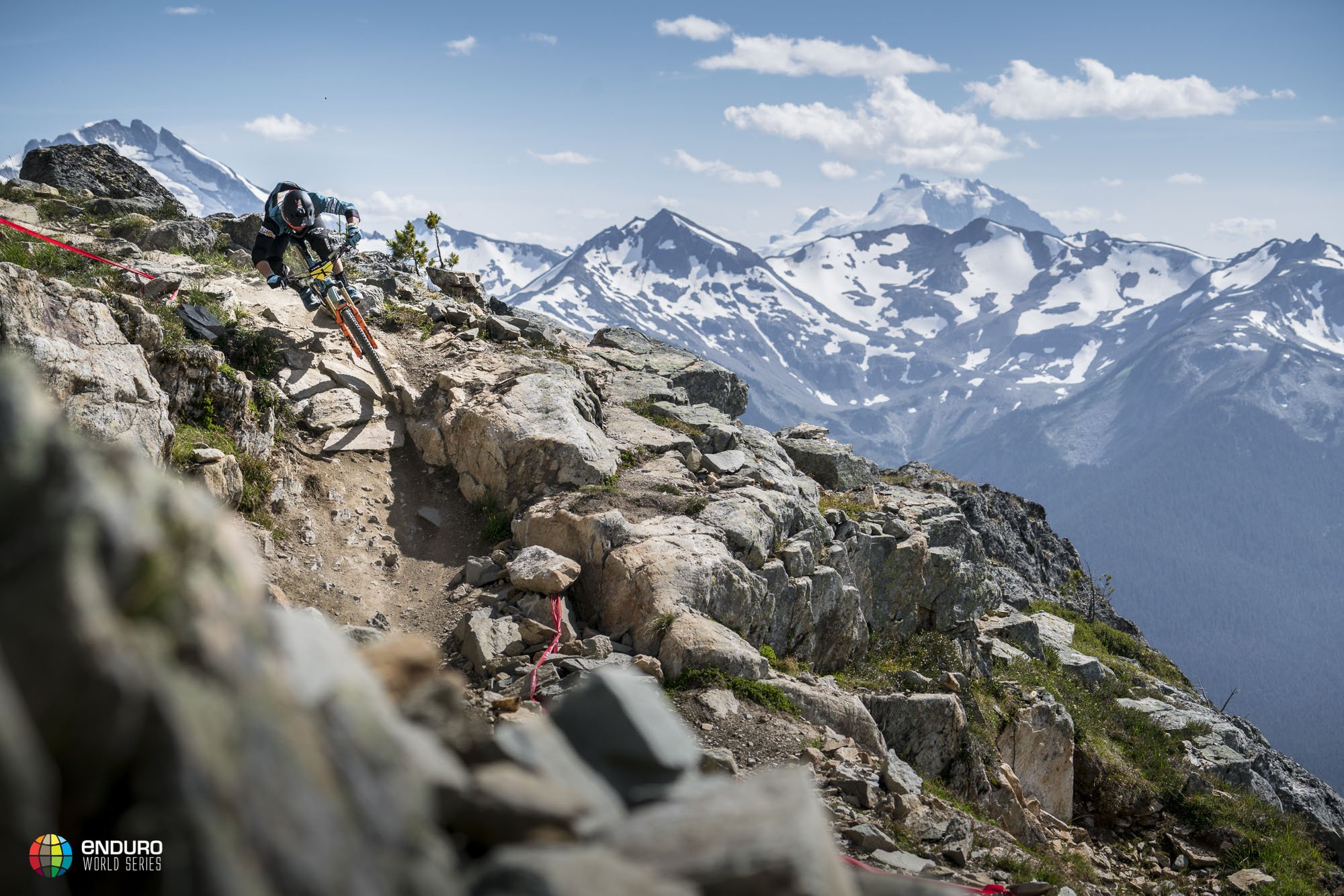 In the men’s race Damien Oton (Devinci Global Racing) starts the year second in the global rankings, and will be feeling confident after winning the NZ Enduro just a fortnight ago. Third ranked Jerome Clementz (Cannondale) won in Rotorua when the series visited in 2015, and will be looking for more of the same this time around. Also worth watching out for are Martin Maes (GT Factory Racing) who won the last race of 2016 in Finale and Sam Hill (Chain Reaction Cycles Mavic)  who took his first EWS win in Valberg at the end of last season. 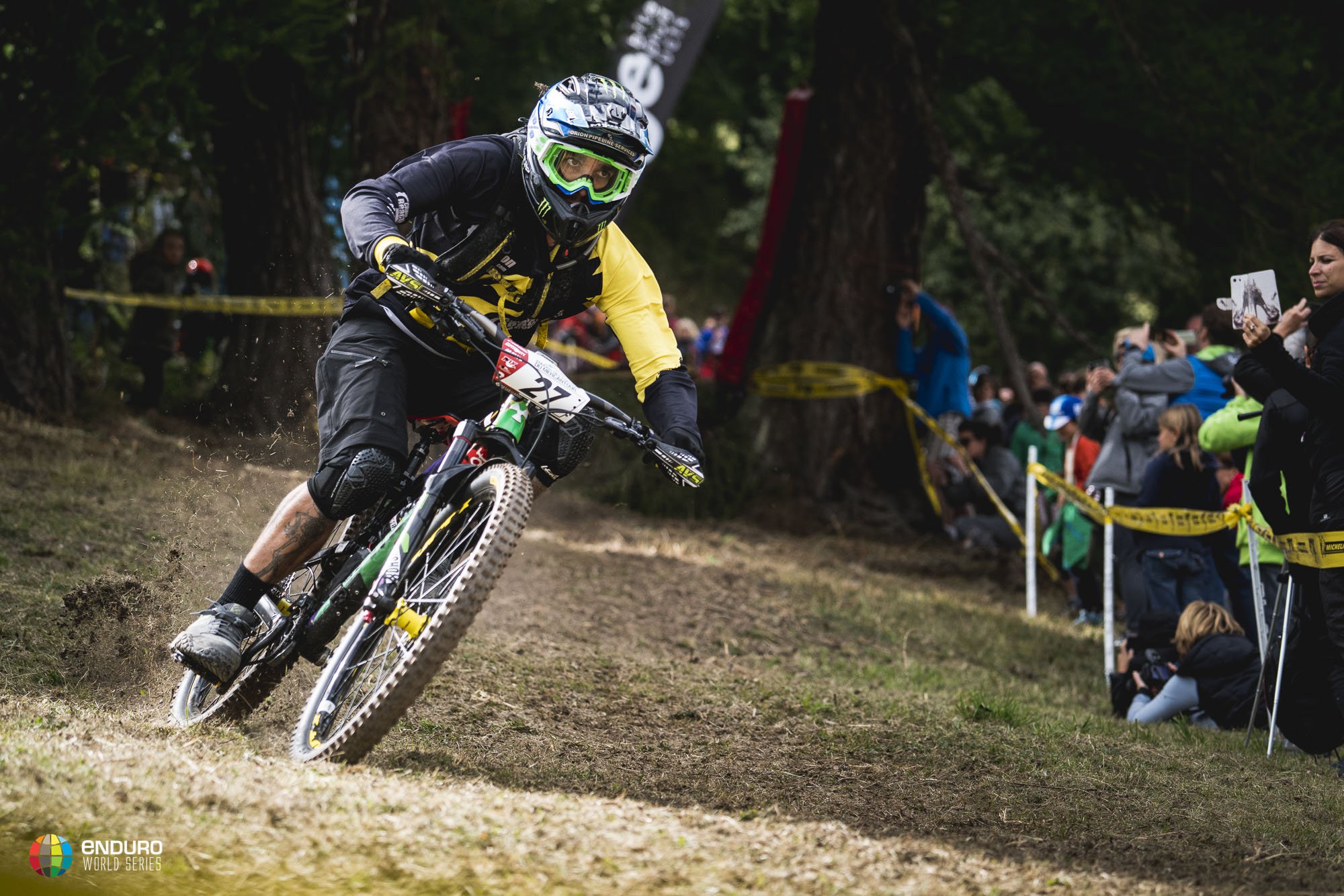 In the women’s race Isabeau Courdurier (SUNN) had a strong season last year – she was on the podium at every round. However, she’s yet to win an EWS – could this be her year? Anita Gehrig (Ibis Cycles Enduro Race Team) also had an impressive 2016, sitting third in the overall rankings, just a head of Ines Thoma (Canyon Factory Enduro Team) in fourth. But whether any of them will be able to topple Ravanel remains to be seen.

The U21 Men’s category will be interesting this season, as last year’s top ranked riders Adrien Dailly (Lapierre Gravity Republic) and Sebastien Claquin (Rocky Mountain Urge bp) both move into the senior category. In the Master’s men Michael Broderick will be back to contest his World Champion title, and will see some new faces on the start line in the U21 Women.

Ahead of the main race will be the first ever EWS Challenger event on Saturday. This relaxed race will offer a selection of four stages, three of which will be used in the main race the next day, offering a fun and relaxed vibe aimed at amateur racers.

Takurua Mutu of Crankworx Rotorua said: “It’s always a privilege to show off our trails here in Rotorua and I can’t wait for the athletes to see another side to the forest that they wouldn’t have experienced at the 2015 EWS Giant Toa Enduro. We are excited to show the world what our tracks are best known for, amazing flow and some of the best trail riding on the planet.” 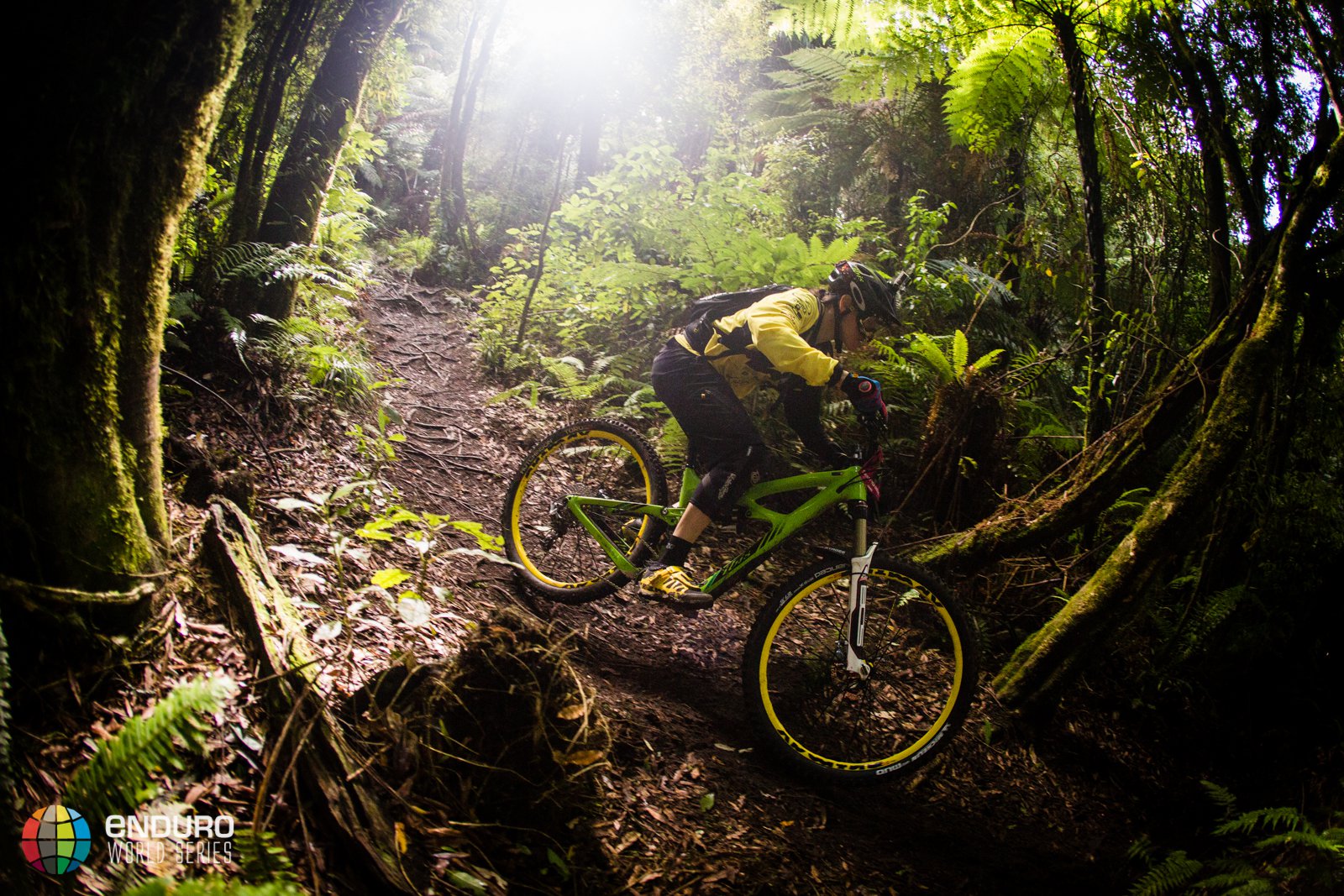 Chris Ball, Managing Director of the Enduro World Series added: “It’s always a pleasure to be in New Zealand, they truly have some of the best mountain biking on earth. The first race of the year  and the beginning of our fifth season will be one of the most exciting and it will be interesting to see who emerges from the off-season on form. Who’ll tame the famous Rotorua trails in this one day classic? We can’t wait to find out”.