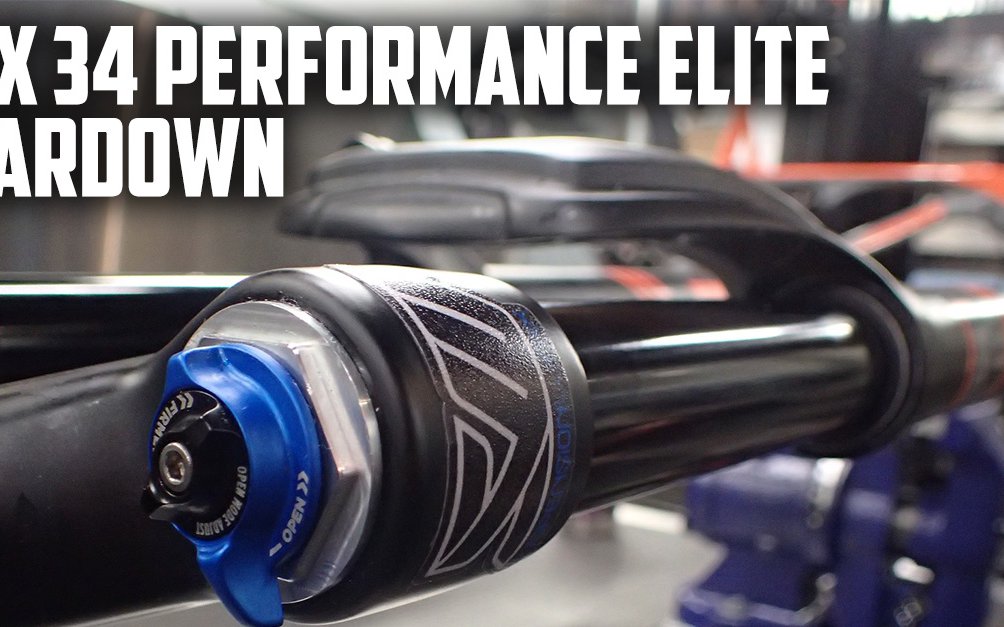 Fox Performance Elite suspension combines the chassis from the Performance line of forks and shocks with the top-end Factory guts. Put another way, this is Fox’s Factory lineup with black anodized stanchions instead of the gold Kashima coating.

Guided by James Downing of SuspensionWerx, my goals for this teardown are two-fold. To showcase a service on Fox’s top trail internals for 2017 and to reveal the value of the Performance Elite lineup. 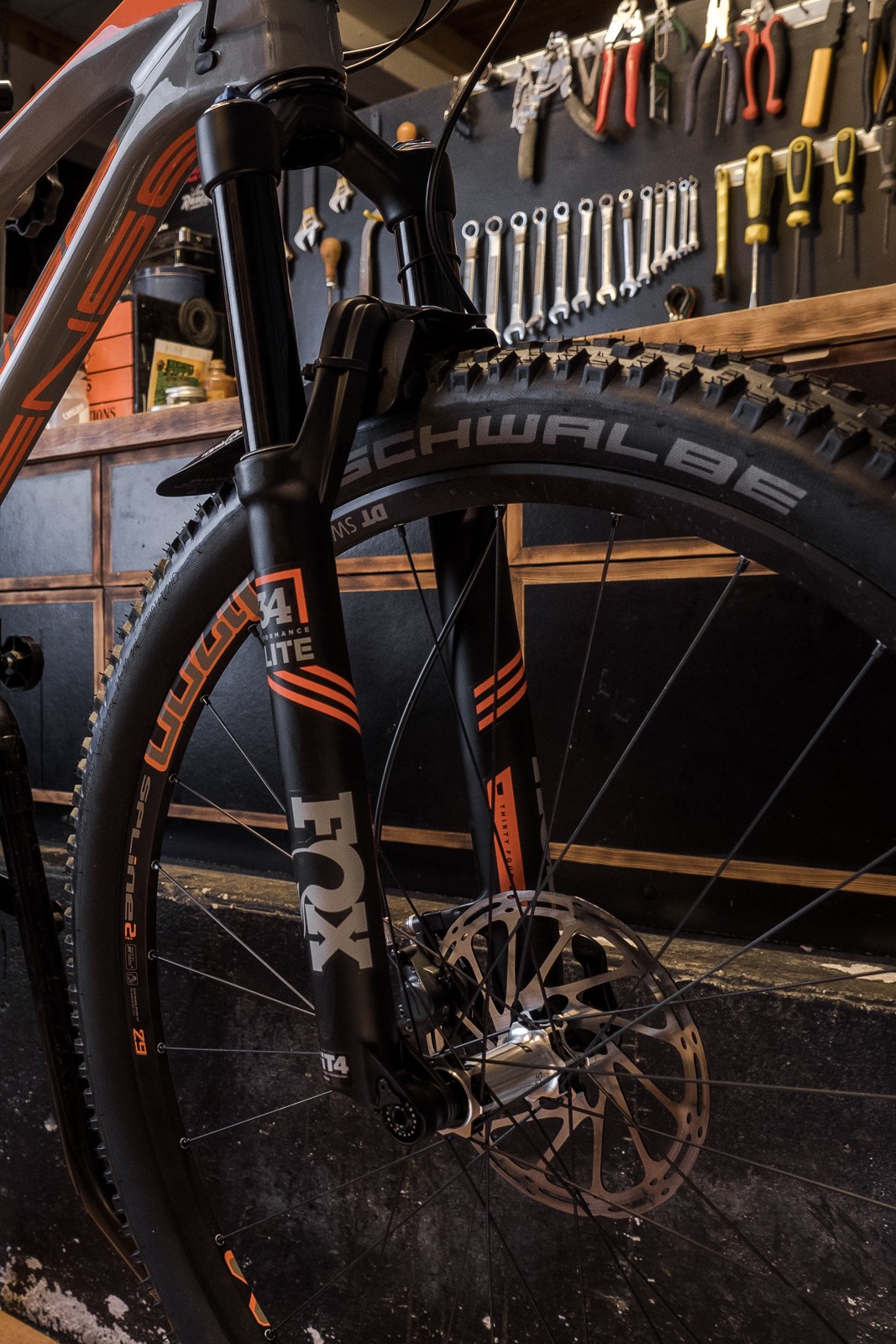 Fox introduced Kashima coated stanchions for the 2011 model year. It is a proprietary process that requires Fox stanchions to make a voyage to Japan for application, just one of the added cost factors of Kashima over anodizing.

Today’s Kashima coated forks offer improved resistance to wear and damage. Early on there was also a discernible decrease in friction. In the last couple of years, Fox has made huge steps to reduce friction through SKF–made flangeless seals, a low friction SKF damper seal head, the fork assembly, and 20w Gold oil. Together these improvements, all present on the Performance Elite forks, conspire to achieve similarly frictionless performance.

A 26mm chamferless socket is needed to remove the top caps on this Fox 34 Float (Abbey Tools shown here). Simply remove the air side top cap and add or remove tokens to adjust air volume. Changing fork travel is accomplished by swapping to longer or shorter rods.

Easy user tunability is the name of the game with modern air forks. In addition to rebound and compression, riders demand some form of air volume or ramp control. For their part, Fox has chosen to go with a self-balancing negative air spring – made possible by a dimple to transfer air inside the air-side stanchion tube – and a token system to adjust air volume.

The first thing I noticed when James pulled the air system out was simply how much Slickoleum there was coating everything. Spare the lube spoil the suspension. No wonder the Float Performance Elite felt fantastic from day one. 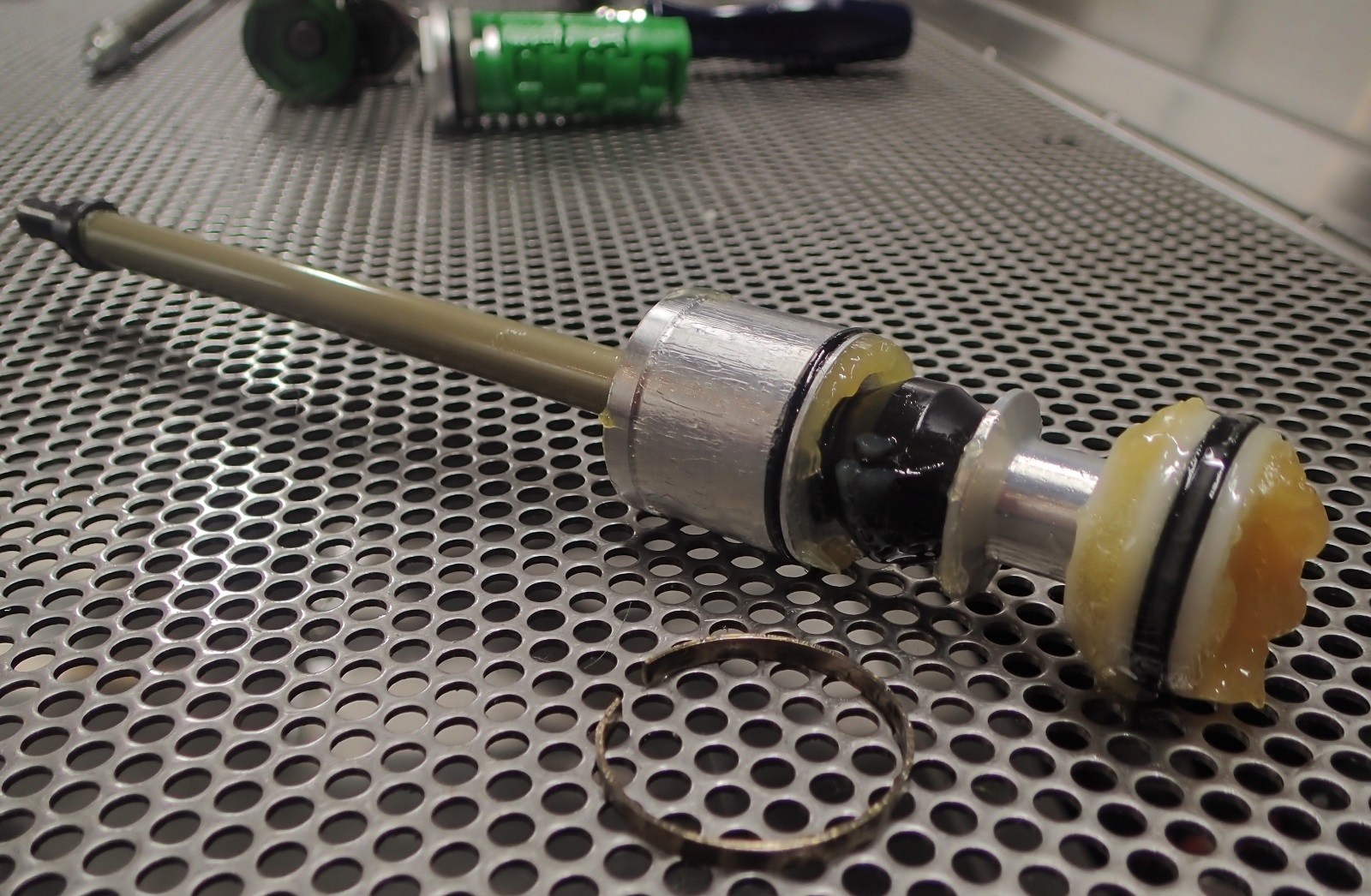 This 2017 Fox Float 34 is so smooth straight out of the box. Aided undoubtedly by this very generous heaping of Slickoleum on the air system.

The one thing that has become more complex with the current generation of Fox forks is travel adjustment. While a previous Fox Float could be lowered by simply adding travel spacers, current forks require the air system to maintain a constant position relative to the stanchion dimple. Adjusting travel is still relatively straightforward, though more expensive. A rider must now swap the lower shaft for a shorter or longer one.

There is a lot of misinformation floating about regarding the flangeless seals that Fox is using in all their current forks. They can be trickier to install but that’s a minor sacrifice for a notable reduction in friction.

Traditional seals press into fork lowers until their flange makes contact. Being oriented to the lower, any minor tolerance issues between the bushing and seal will cause some degree of friction as the stanchion slides up and down.

On the other hand, the flangeless seals are oriented to the bushings. They are pressed in using an extra long seal driver to guide them into position. It’s an improvement felt in any level of fork.

James at SuspensionWerx opens the Primer’s FIT4 damper to take a peak.

The FIT4 damper maintains the basic architecture Fox has used since the advent of their bladder style dampers with the 36 RC2 in 2005. In the 2011 model year, Fox inverted the bladders so they now sit at the top of the stanchion and moved the compression and rebound damper adjusters to their current positions.

The similarities between a 2011 RLC damper from a Fox 36 or 32 and this FIT4 in basic appearance and function are notable. Both dampers have adjustable low-speed compression and a rigid climb position. 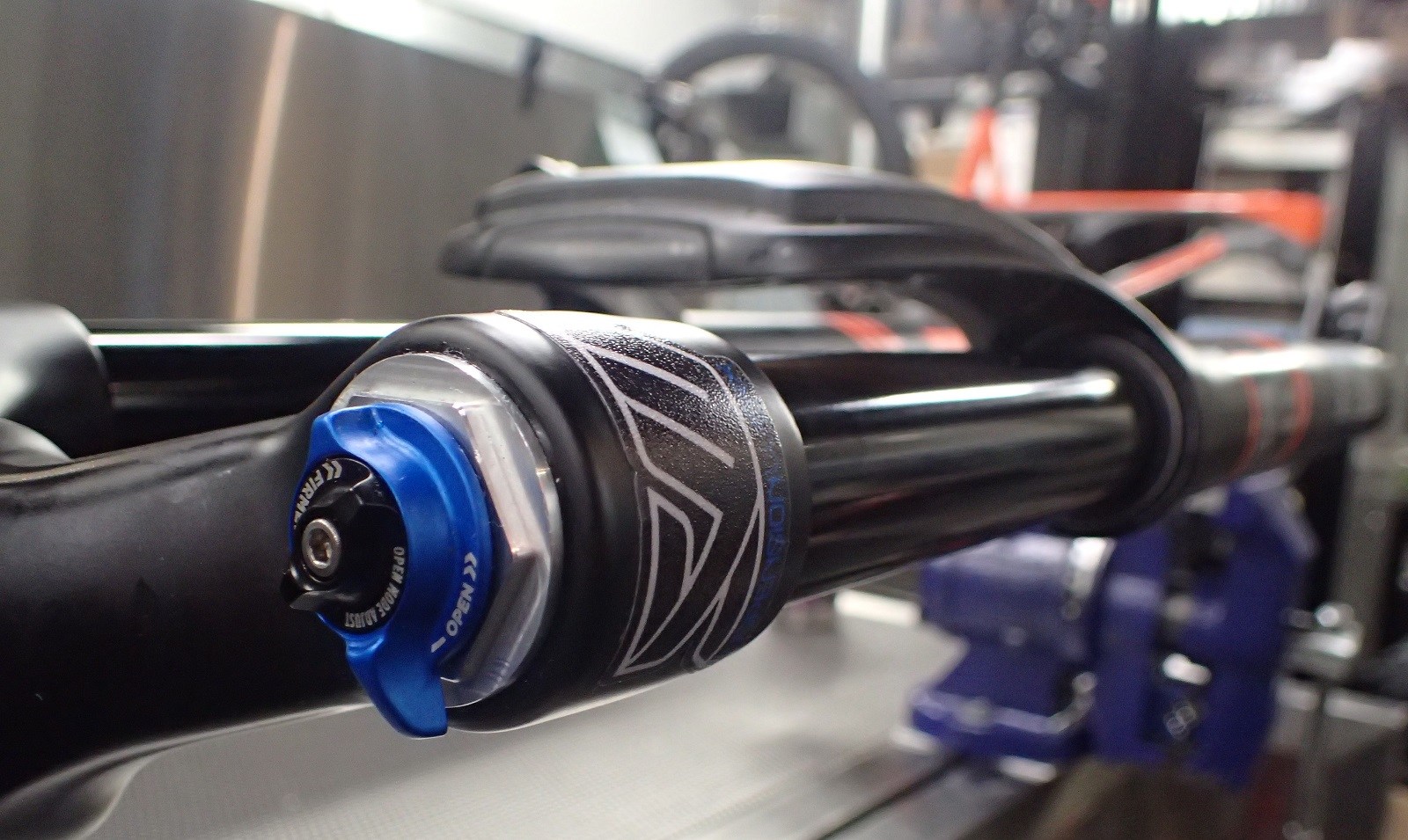 Compression adjustment on the FIT4 damper. The Blue knob selects the three modes main modes: open, mid, climb. In the open setting the Black knob provides a number of clicks of adjustment. I am currently running 12 clicks out from fully closed. Support is so good, while maintaining small bump compliance, I rarely run the fork in any setting but open.

It’s a case of evolution, not revolution. 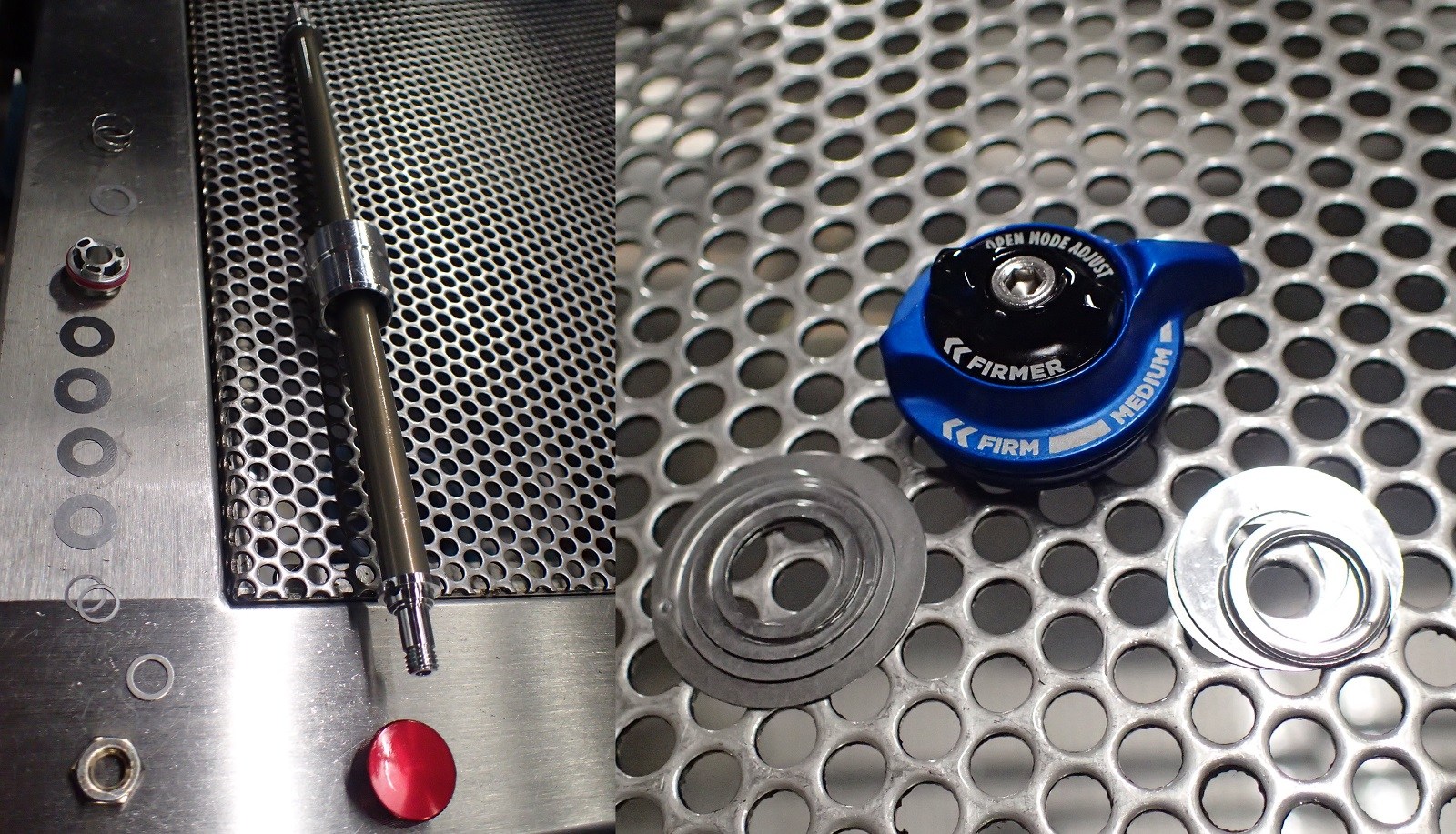 Despite the similarities, the damper performance is a different animal than was.

In 2015 Fox introduced an SKF-made seal head that significantly reduces damper friction. This is a retrofit that is available for FIT dampers from 2011 onwards and it makes a substantial difference to damper performance. With the FIT4 damper they decided to go a step further.

In the past RLC and CTD dampers in Fox 32, 34, and 36mm chassis forks all used a smaller 8mm seal head and corresponding smaller shaft and internals. With FIT4 the trail forks use the same 10mm seal head as found in the Fox 40 RC2 DH fork. 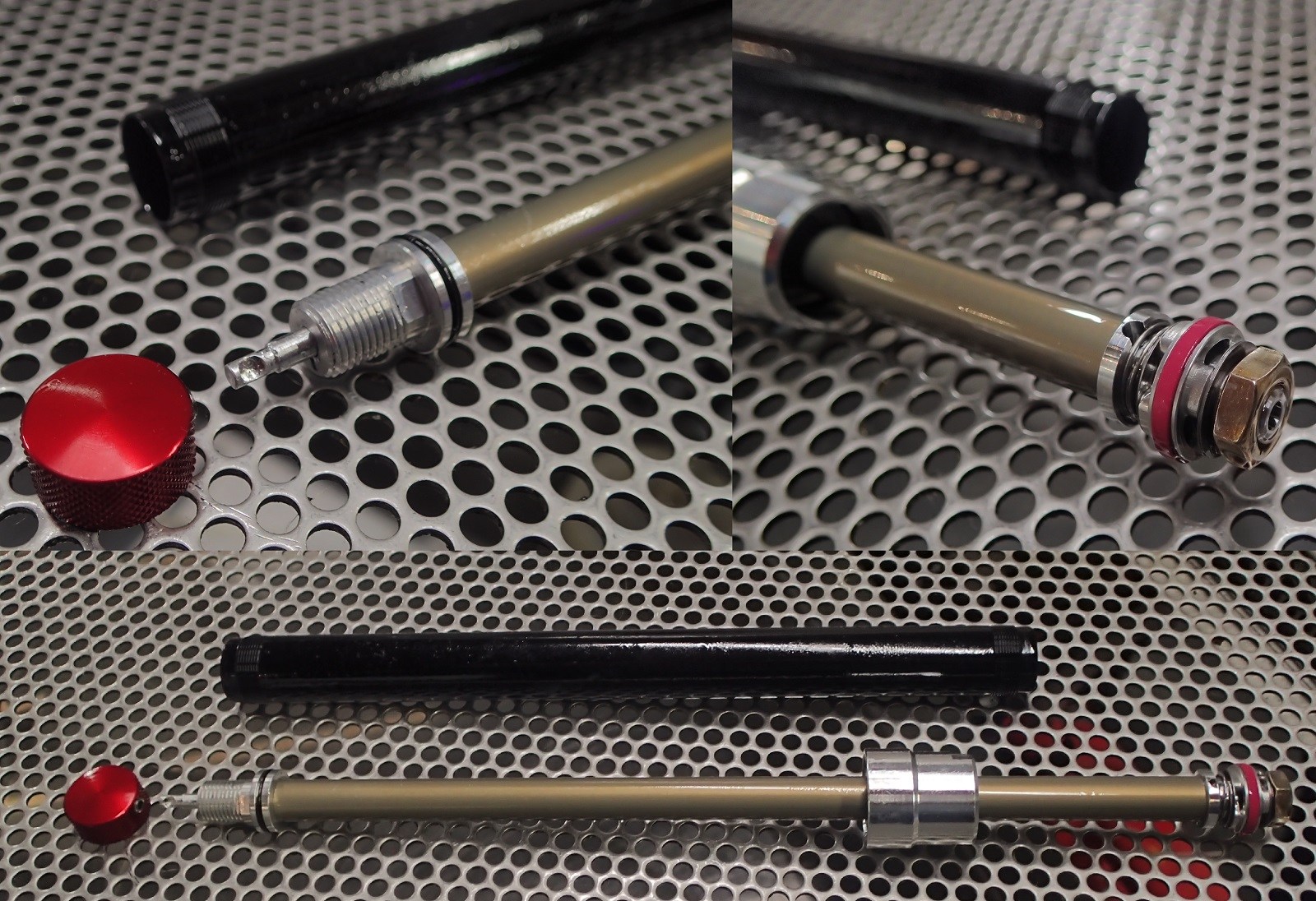 With the measures taken to reduce friction and increase oil flow, the damper cycles very smoothly through its travel.

Support is also greatly improved thanks to the design of the rebound check valve in the rebound assembly, that aids mid stroke support and the dynamic progression of the compression damping.

I find the stock tune excellent, but for very light riders or the ultimate Clydesdale, there is a huge degree of tunability in the shim stack in the hands of a technician with the right knowledge and experience. 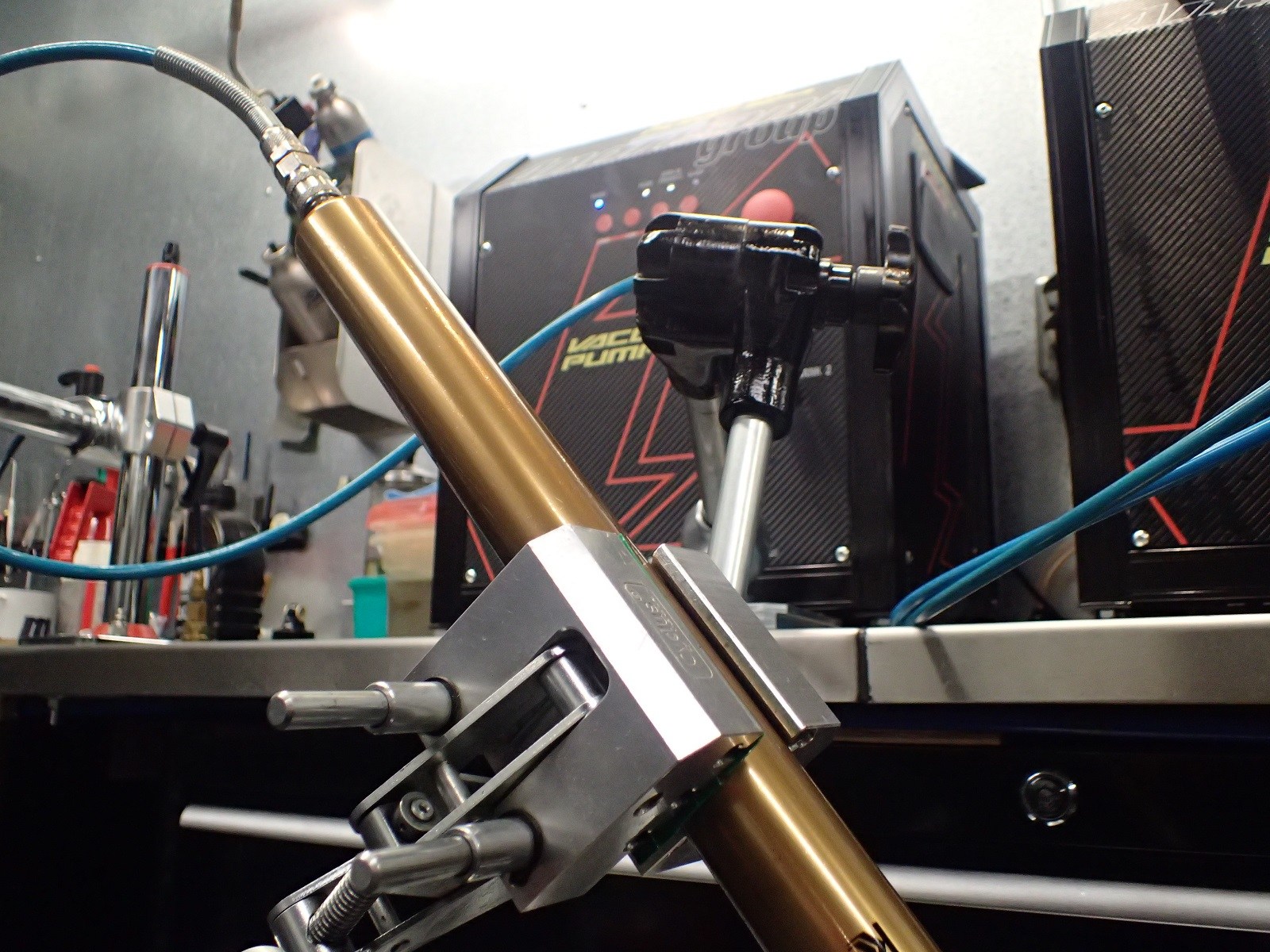 The reassembled damper being bled and cycled on the vacuum pump to ensure no air bubbles are left in the bladder. 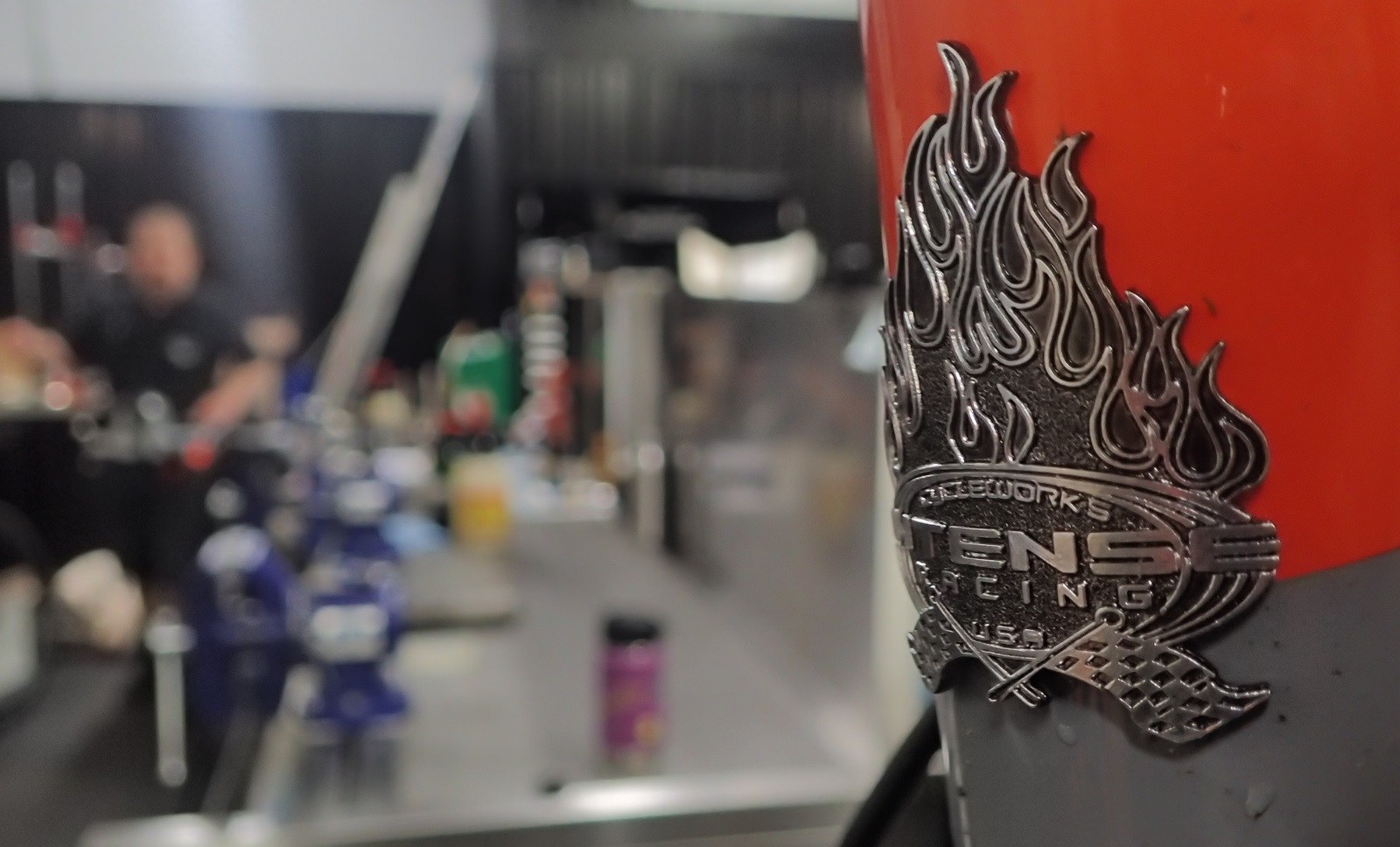 Thanks to James at SuspensionWerx for his time and the use of his shop. More Intense Primer coverage on the way!

The Fox 34 Performance Elite fork on the NSMB Intense Primer test bike is easily the best feeling Fox fork I’ve ridden out of the box. The excellent assembly goes a long way to explaining that performance along with the usual high quality machined damper parts.

The smooth initial feel, progressive transition to supportive mid-stroke, and adjustable air curve via tokens make for an excellent complement to the Primer.

Adjustable low-speed compression, rebound, and air volume. What else do you need?

I asked about it; the aftermarket price difference between Elite and Factory would be so small it's not something they could justify for distribution.

For OE sales where product managers are juggling every penny to hit margin/spec goals and a retail price down the line it's enough of a savings to make sense.

The Perfomance fork with the same chassis and the Grip damper is available.

I think they are missing the fact people may want the all black look over the gold.

Exactly. Choice is good. Given the choice, I would go with the black performance elite.

Yes. Give us murdered out stanchions Fox. 🙂

Kashima can be ~ any colour so there is nothing stopping Fox from doing some limited edition colours on the Factory forks (black for example). Midnight black/purple Kashima stanchions with matching controls and a black chassis could be amazing.

Better question is where should they price it? Compete directly with SRAM on the mid-range and probably hurt their Factory-Performance aftermarket line? Undercut and try to make it up on volume? Come in higher and keep the OEM customers happy?
I think it'll be the third option, but that won't be a bad thing - as a special offering that is basically ready-to-tune, I think they'd be a great alternative for riders who need a special setup anyway.

Thanks for the excellent review. Do I correctly understand that increasing travel is done by simply using a longer rod? So I can buy a 140mm fork and so simply increase the travel to 150mm?

You correctly understand how travel is adjusted yes; however, in the case of the 29'er 34 forks 140mm is the max travel.