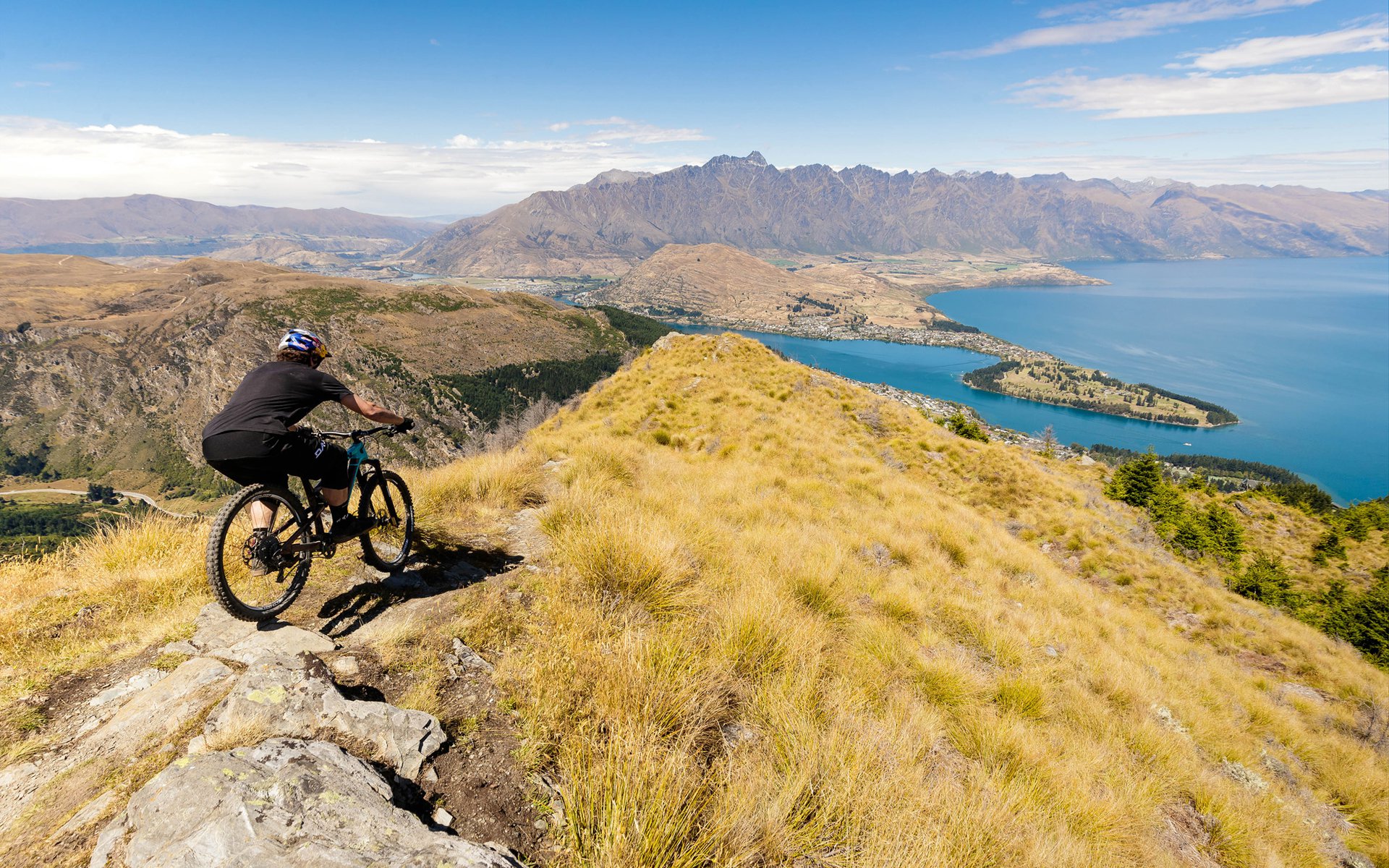 Rocky's 2018 Altitude has officially launched, and to celebrate they sent four of their athletes to the far corners of the world to ride. Check out the fruits of their effort below, and get the rundown on the new Altitude after the break. 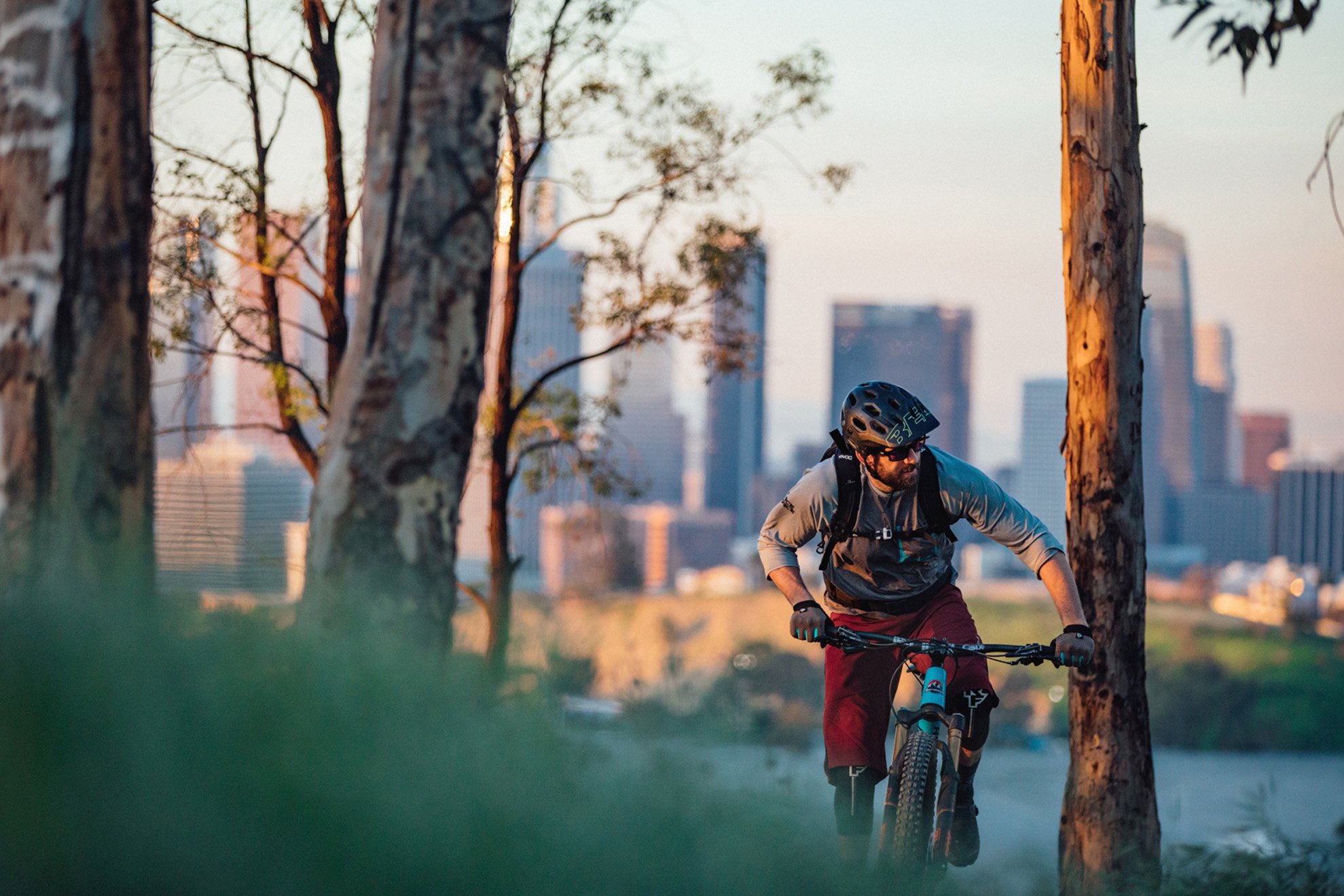 We've had a winter for the record books up in BC this year. Great for skiing, not so much for riding. I'm twitchier than a cornered housecat when I can't ride, so I jumped at the opportunity to do some warm-weather shredding down in the Los Angeles area on the new Altitude. Pro tip: 4am is a good time to head out the door if you want to beat LA traffic. 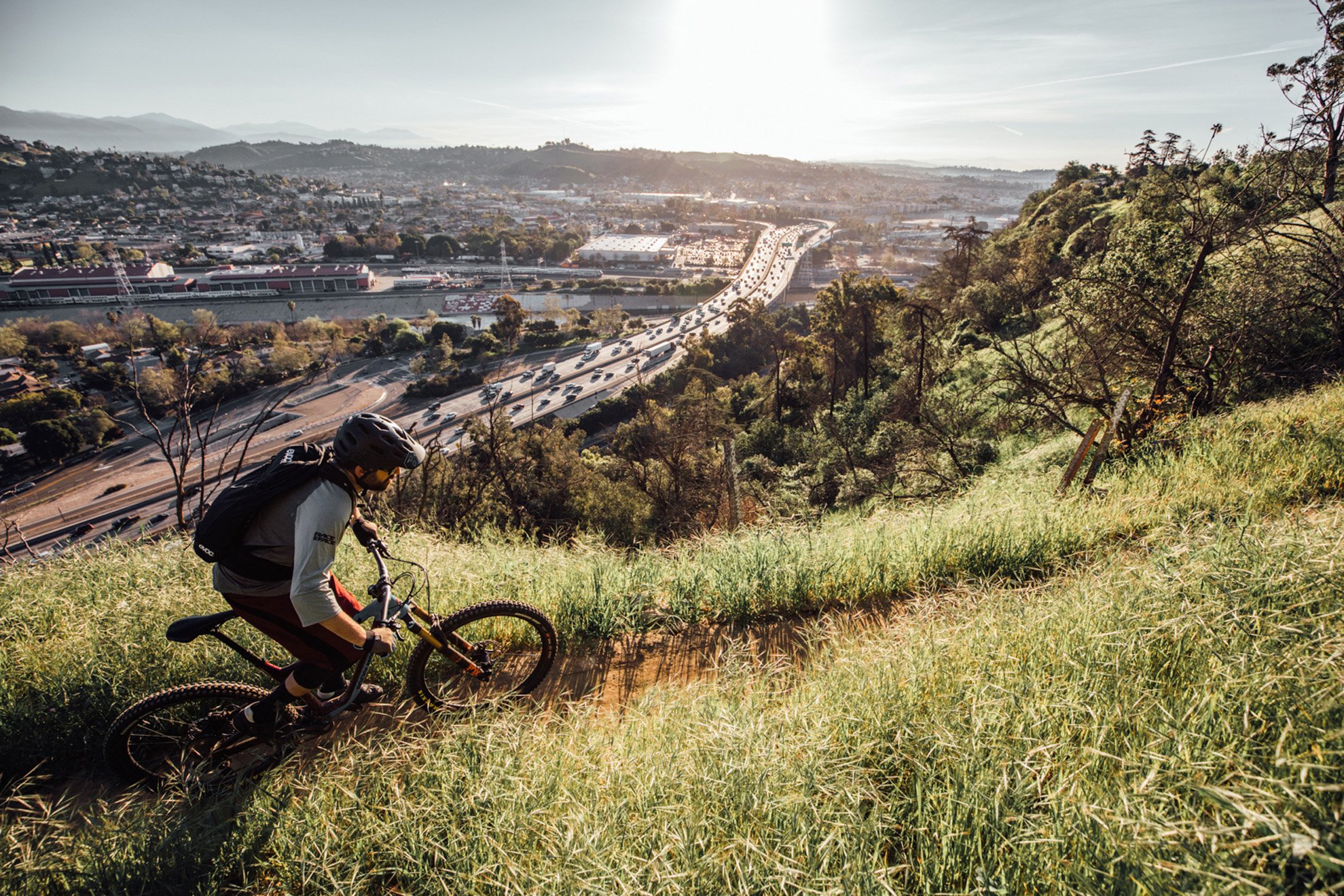 LA, I reckon, wouldn't be on most peoples hit-list for a great riding destination. Myself included. Being the largest city on the western US seaboard, and having the nation's worst traffic, I was starting to wonder why the hell we were going to LA in the first place. Could we escape the city and do the new bike justice? Our photographer and man-on-the-scene Brian Vernor picked us up from the airport, and within the hour he was easing my concerns over mindblowing tacos and coffee-infused horchata. He promised the riding would be as good as the food. 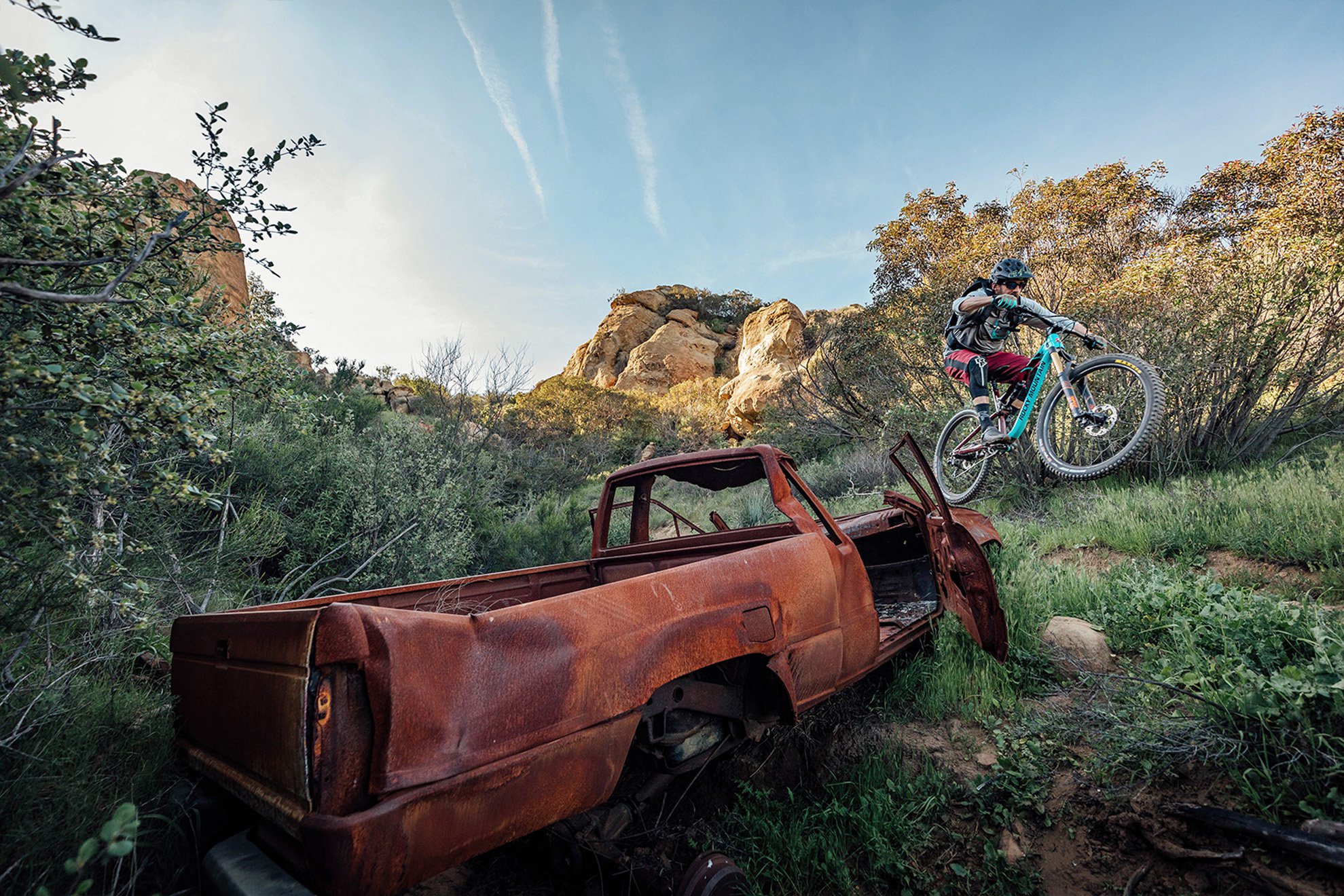 Just in case Vernor was full of shit, I had some ideas up my sleeve too. I've been in the area a few times in my 20 years of hunting around for lines to film, and I've left a few nugs untouched. I was looking forward to possibly hitting them up on this trip 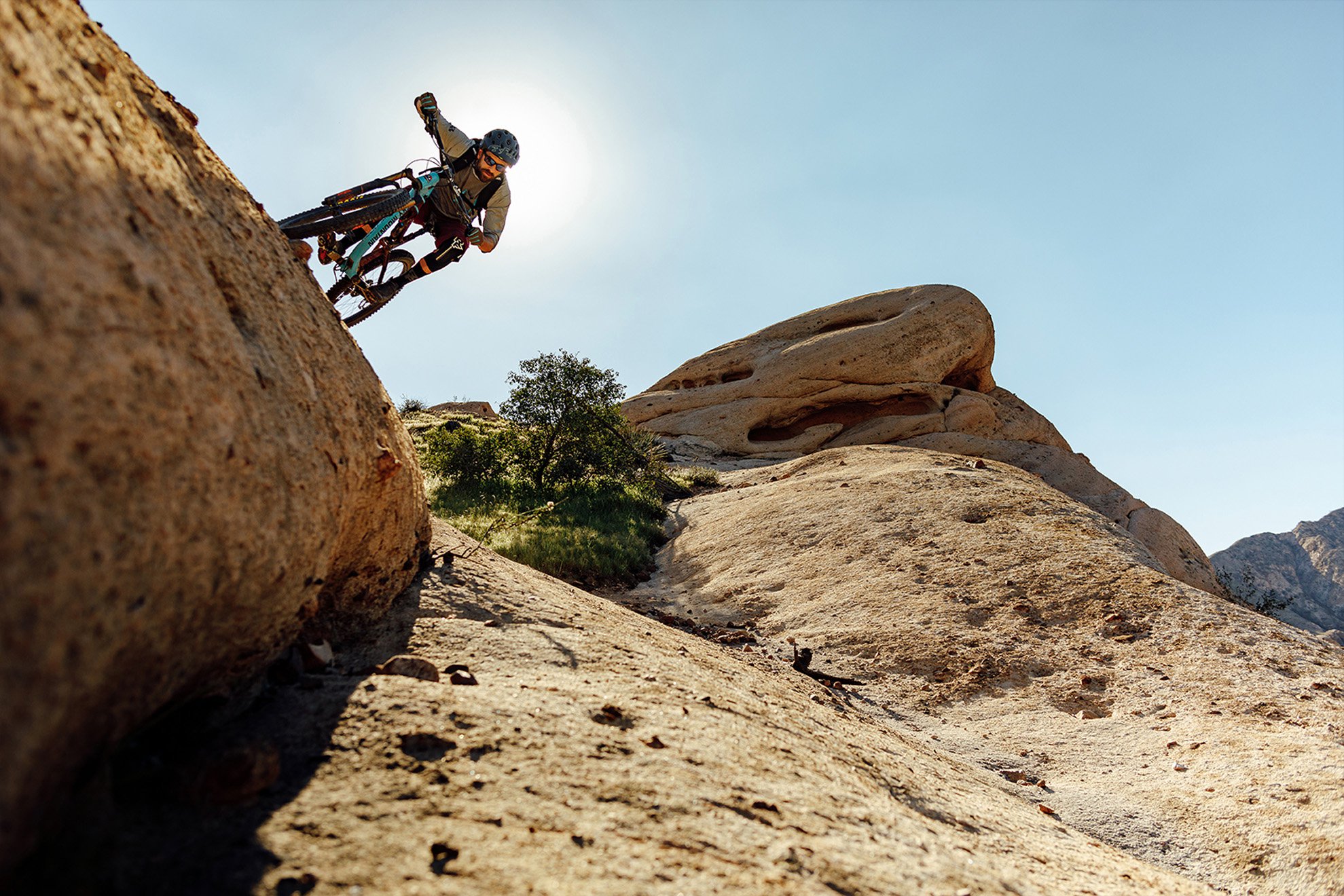 To be honest, my fears were 100% unfounded. The riding in the LA area proved to be plentiful and diverse. We rode flowy urban singletrack, loose subalpine trails, freshly built jumps and berms, and a few big mountain lines. Pretty much a mountain bike smorgasbord, all within an hours drive from the Hollywood Hotel where we stayed. Maybe the riding is even better than the food... 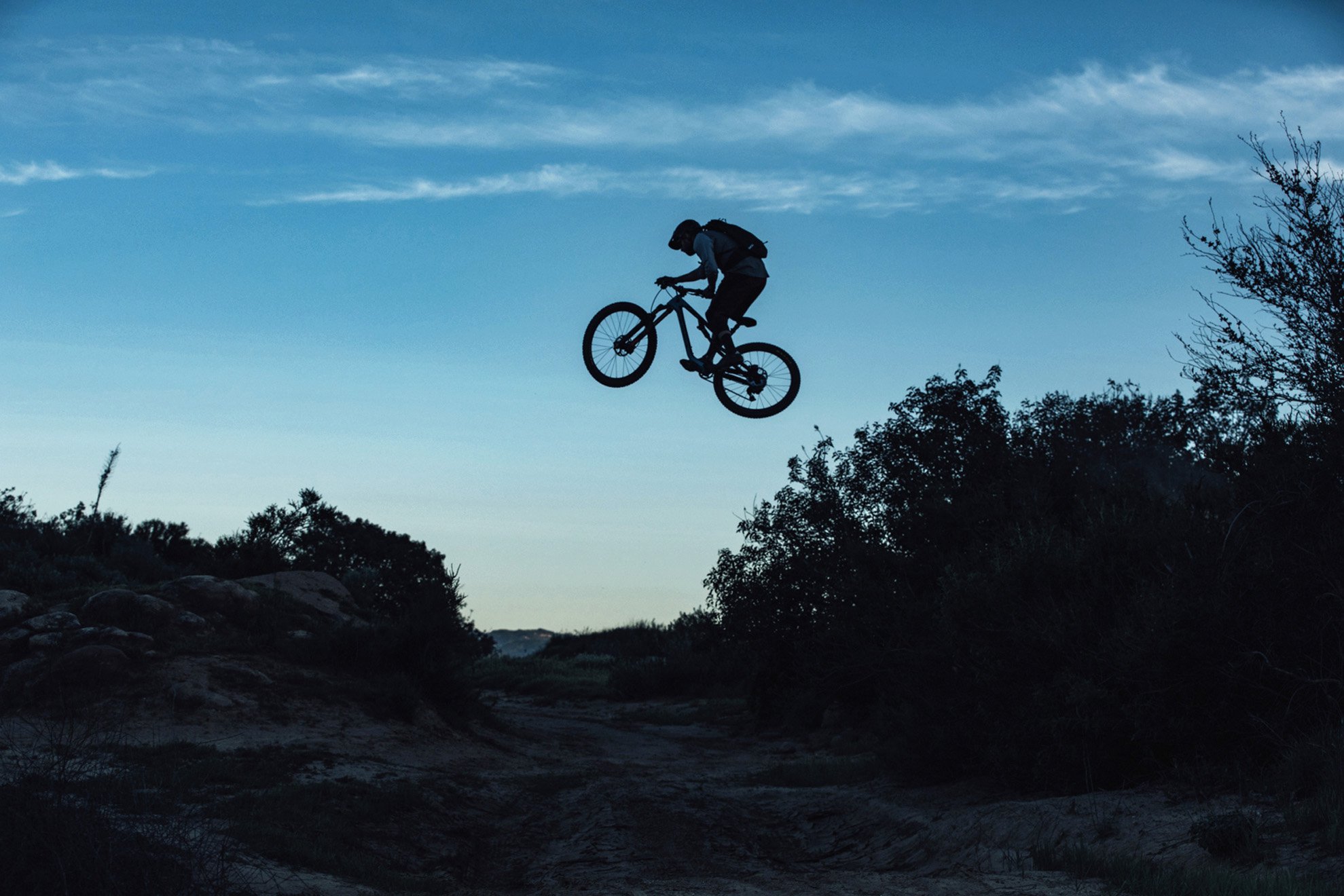 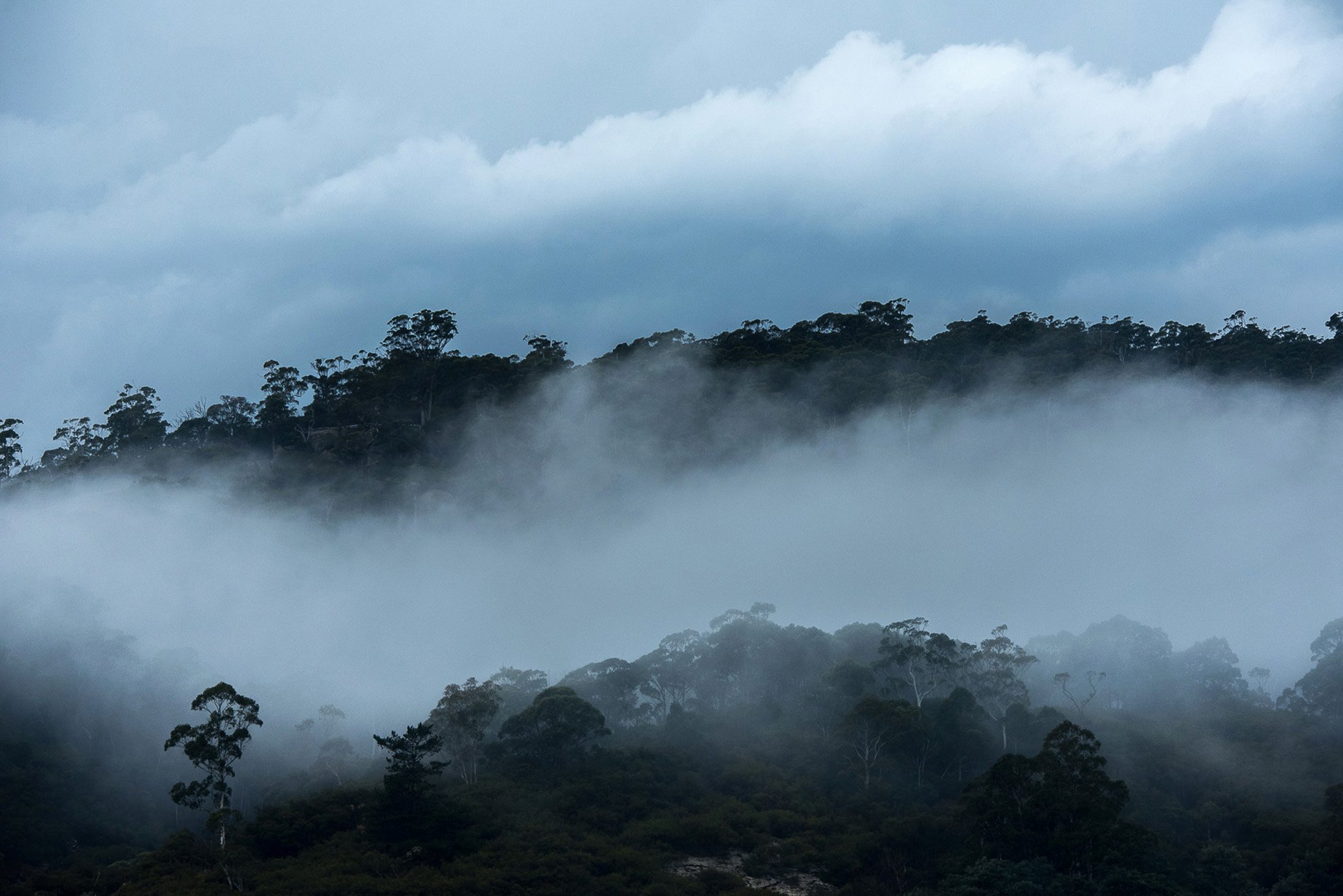 The second round of the Enduro World Series brought the Rally Team to Derby, Tazmania. Built only three years ago, we were racing on 7 wildly varying stages across 57 kilometers with 1700 meters of climbing. 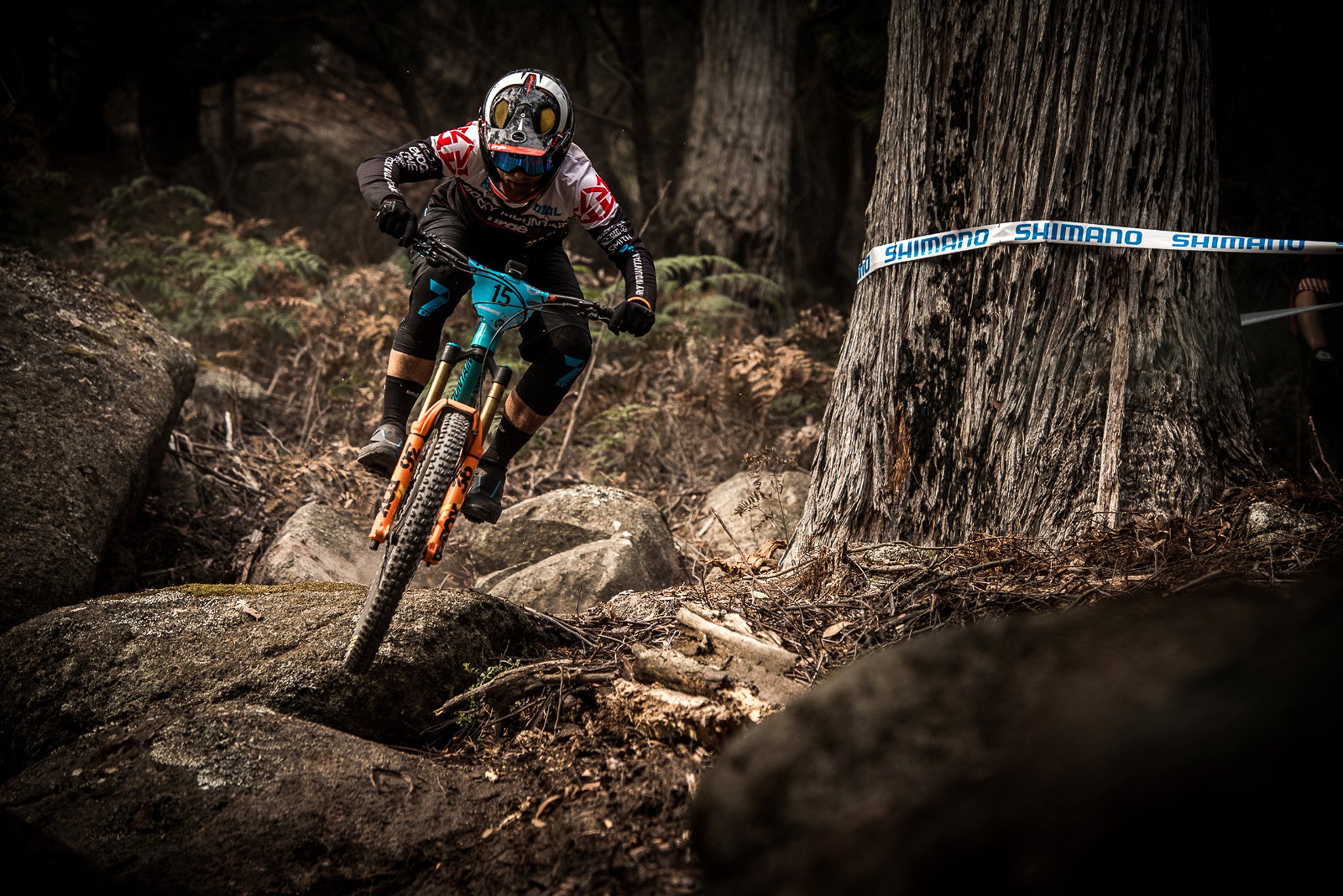 Mild sunny weather during practice gave way to rain on race day, throwing many challenging trails into pure chaos. Stage two held the much-feared meter-wide crack on Detonate, with multiple riders being chewed up inside and spit out into the rocks below, but the real challenge of the race was at the top of stage 4 where rain washed the supporting dirt out of a high speed rock garden filled with holes. 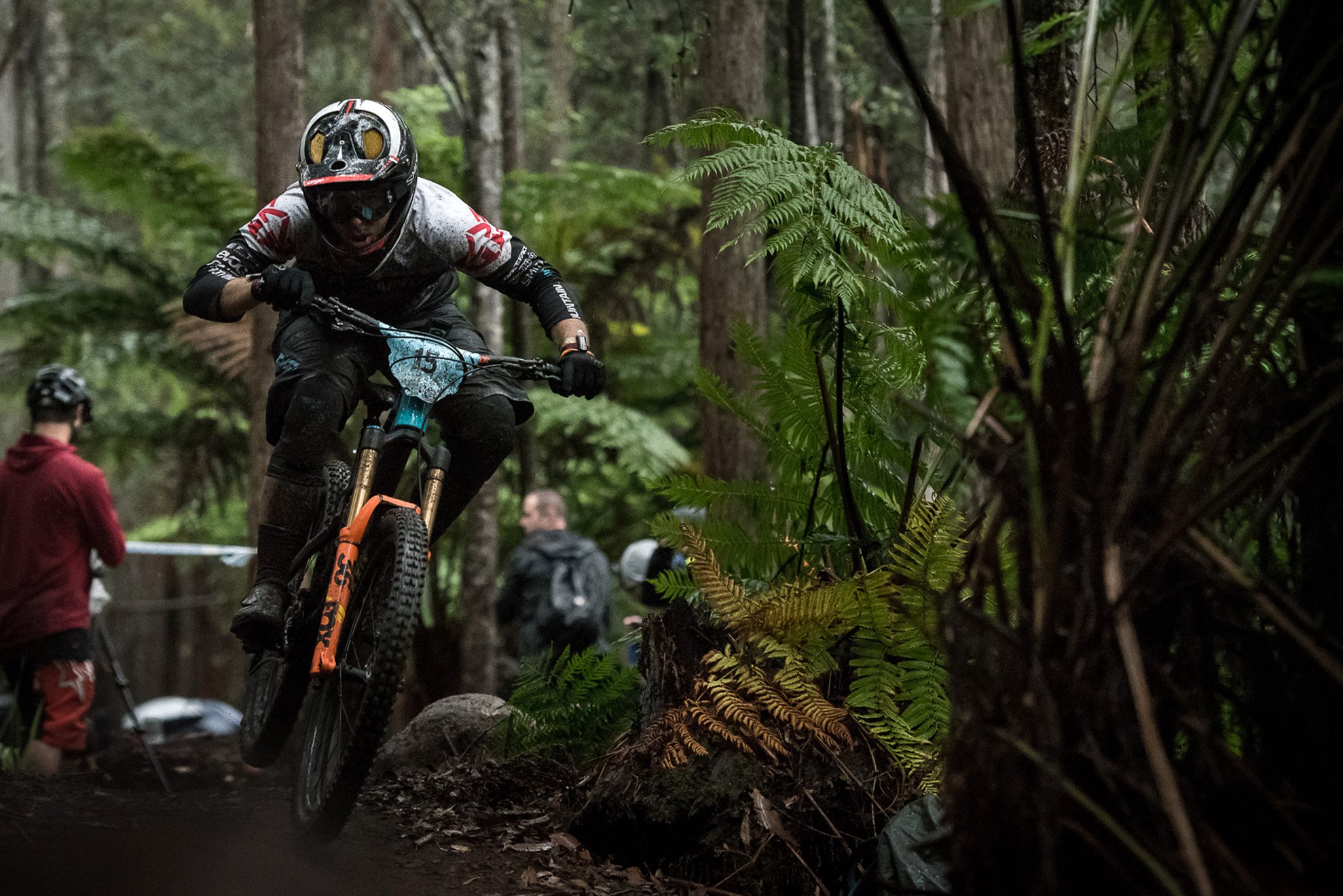 I'd been working hard to adjust to the changing conditions over the race, and as the day wore on I started feeling stronger—bagging a 4th place finish on stage six. It was pretty fast and constant high speeds, which suits my style. Stage 7 was a short woods section with a sprint to the finish. It was kind of like riding the trails of the North Shore, which helped. It was kinda cold and miserable, and you didn’t want to be that dirty but you just keep going. 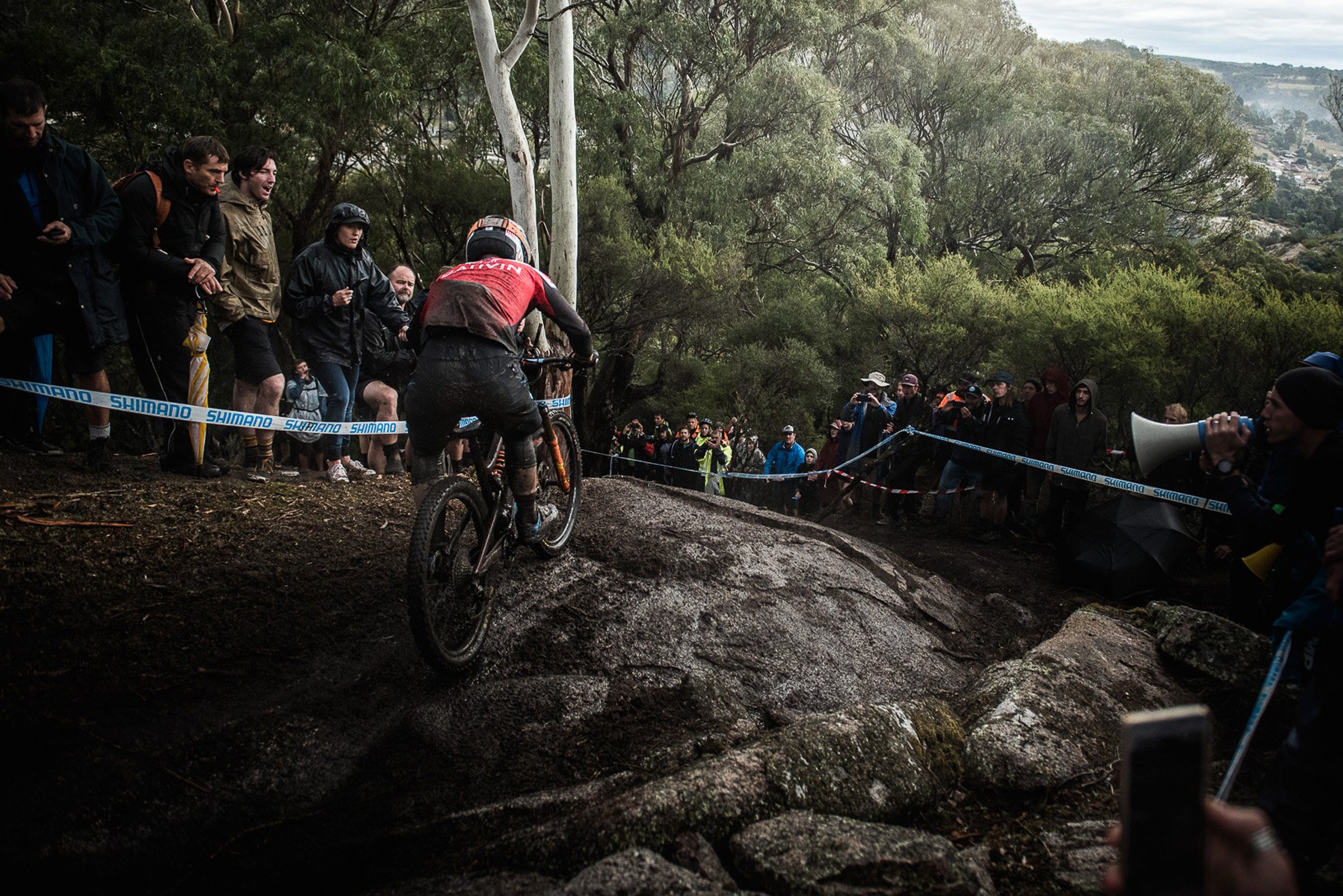 At the end of it all I fought my way up to 9th overall—finally achieving my goal of cracking the top 10 at an EWS. The Rally Team took the team win, with the whole crew putting up strong results. This puts us all in a place where we're happy, but getting fired up for the next round! 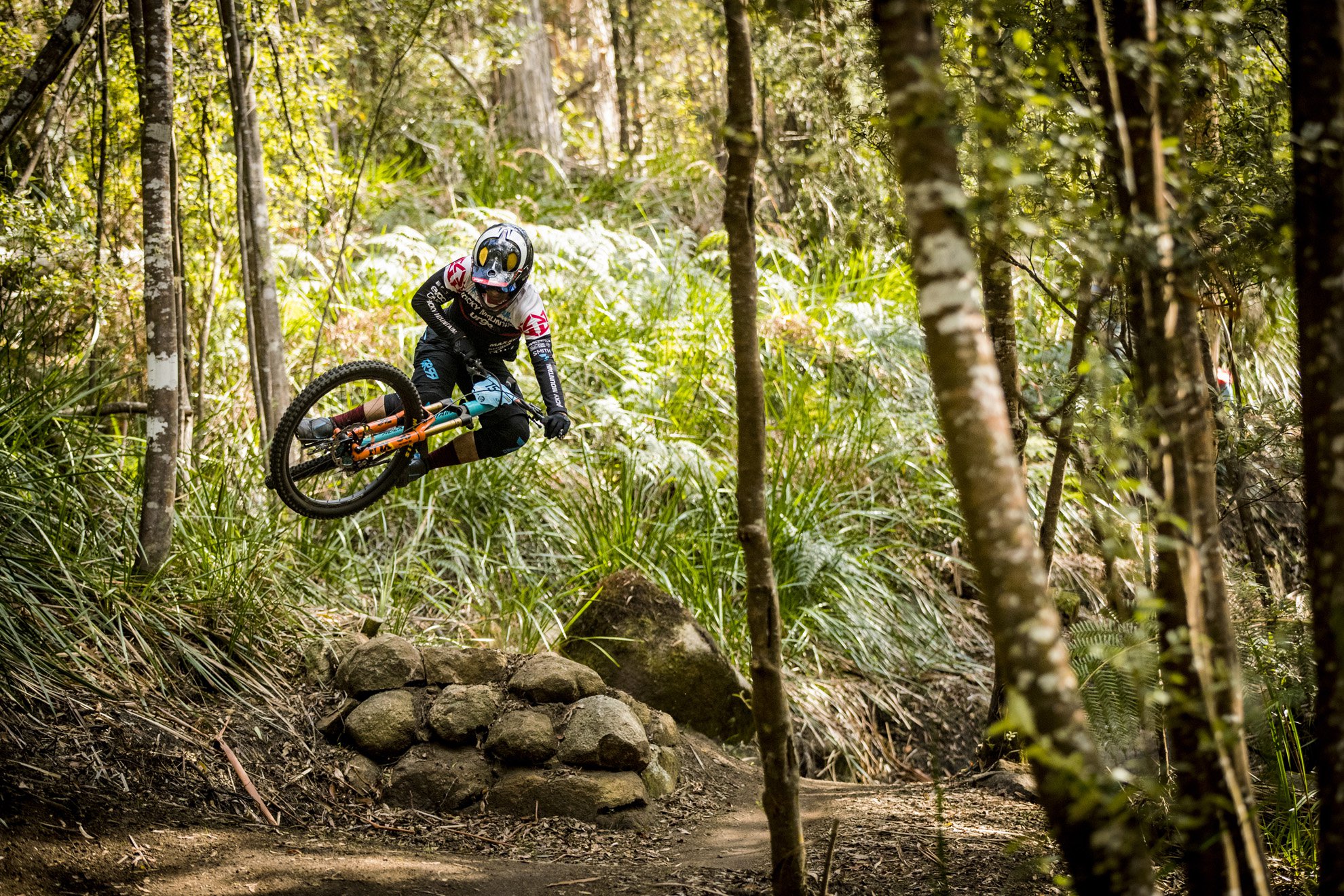 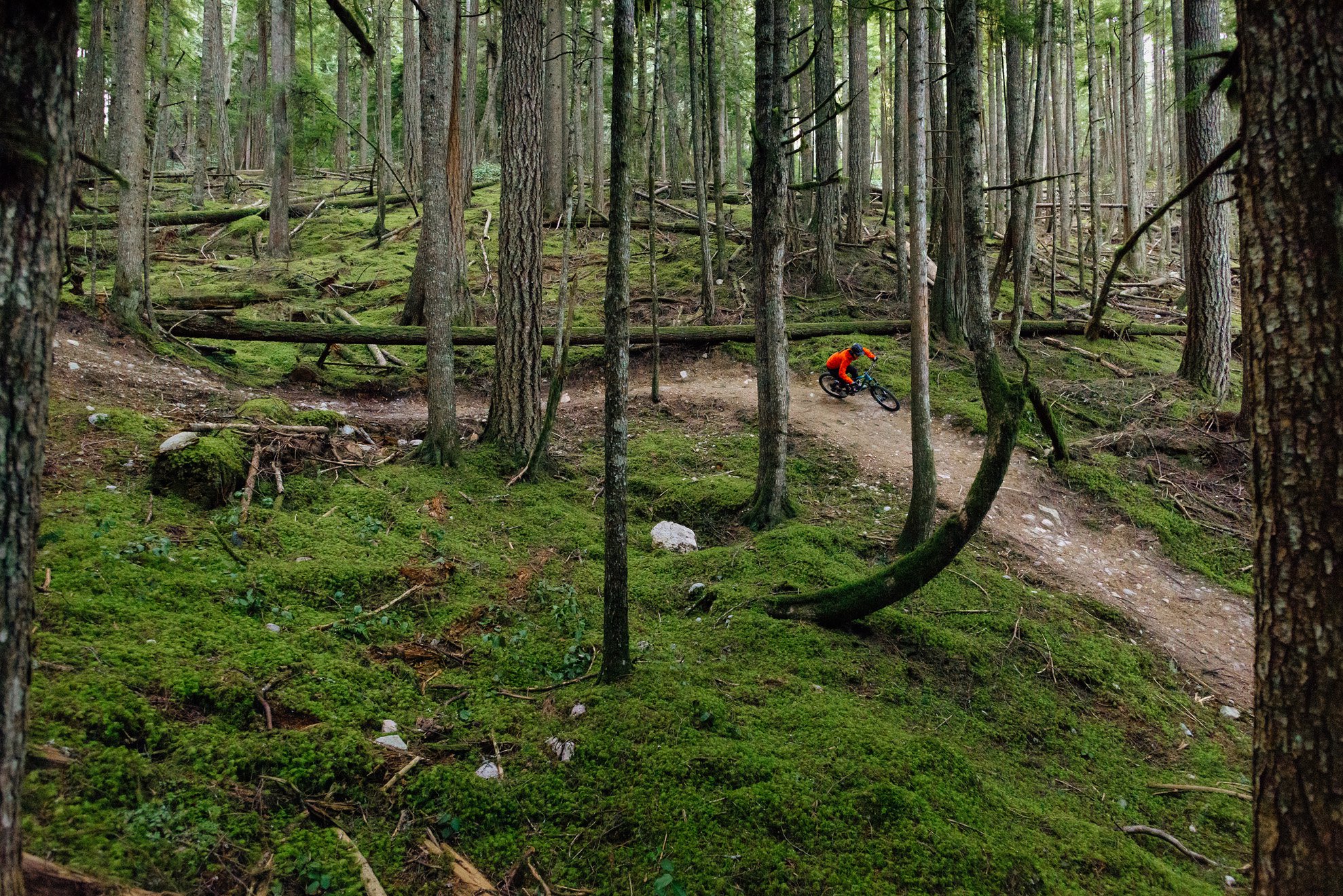 With the snowline down to sea level in Vancouver, I wanted to be able to get on the gas and see how the new bike would respond. The obvious choice was the Sunshine Coast. It has unreal riding conditions almost year-round, and the Coast Gravity park has some of my favourite trails ever. 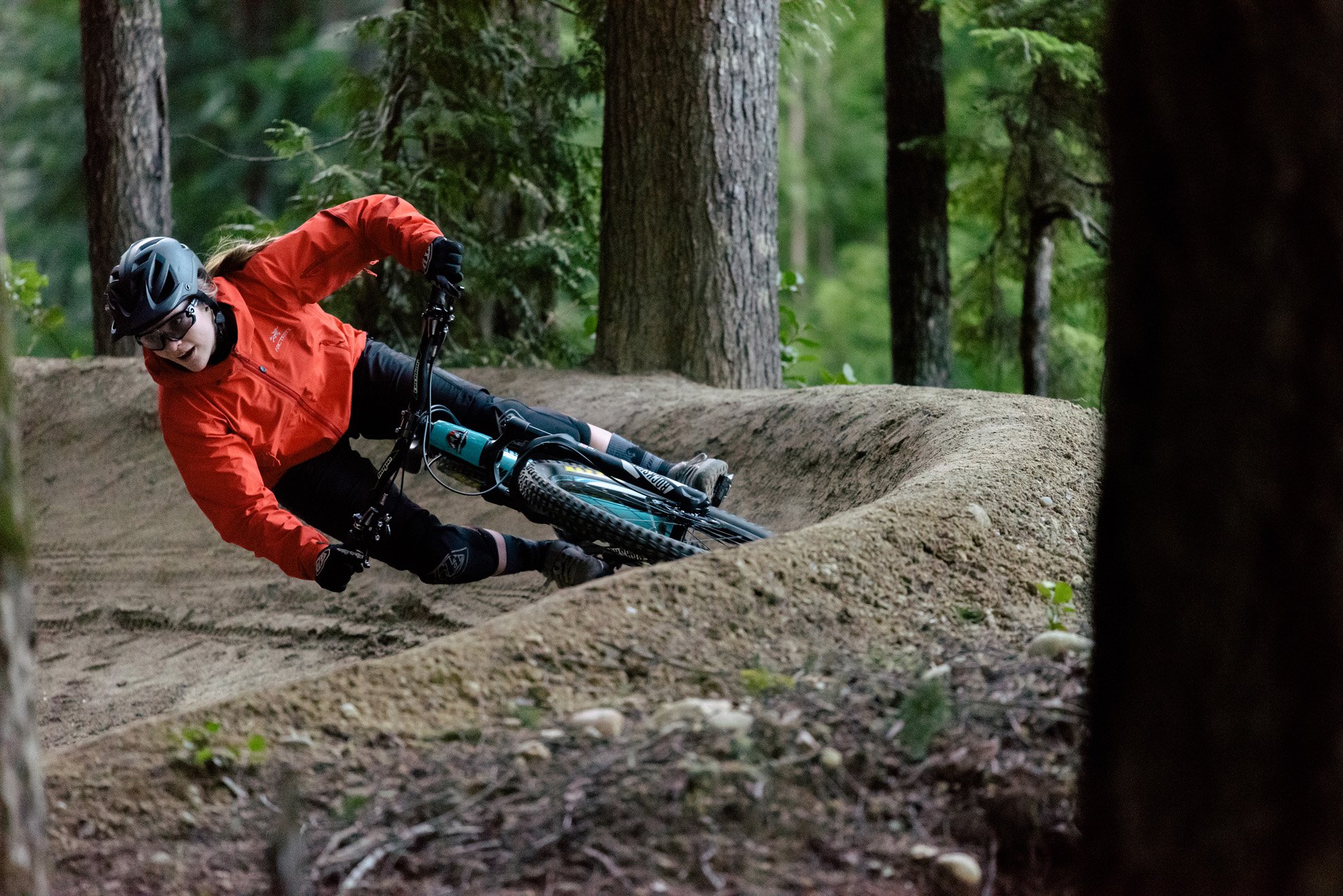 I love it there. The people, the ambiance, beautiful Sechelt, they all make it a destination of choice. [although for some reason all of Sechelt uses Papyrus font... what gives? -Ed.] CGP is one of the places that helps me feel good about going fast on the bike again during the off season. The guys work tirelessly to keep their trails impeccable, and it offers a perfect variation from the tech of the North Shore. 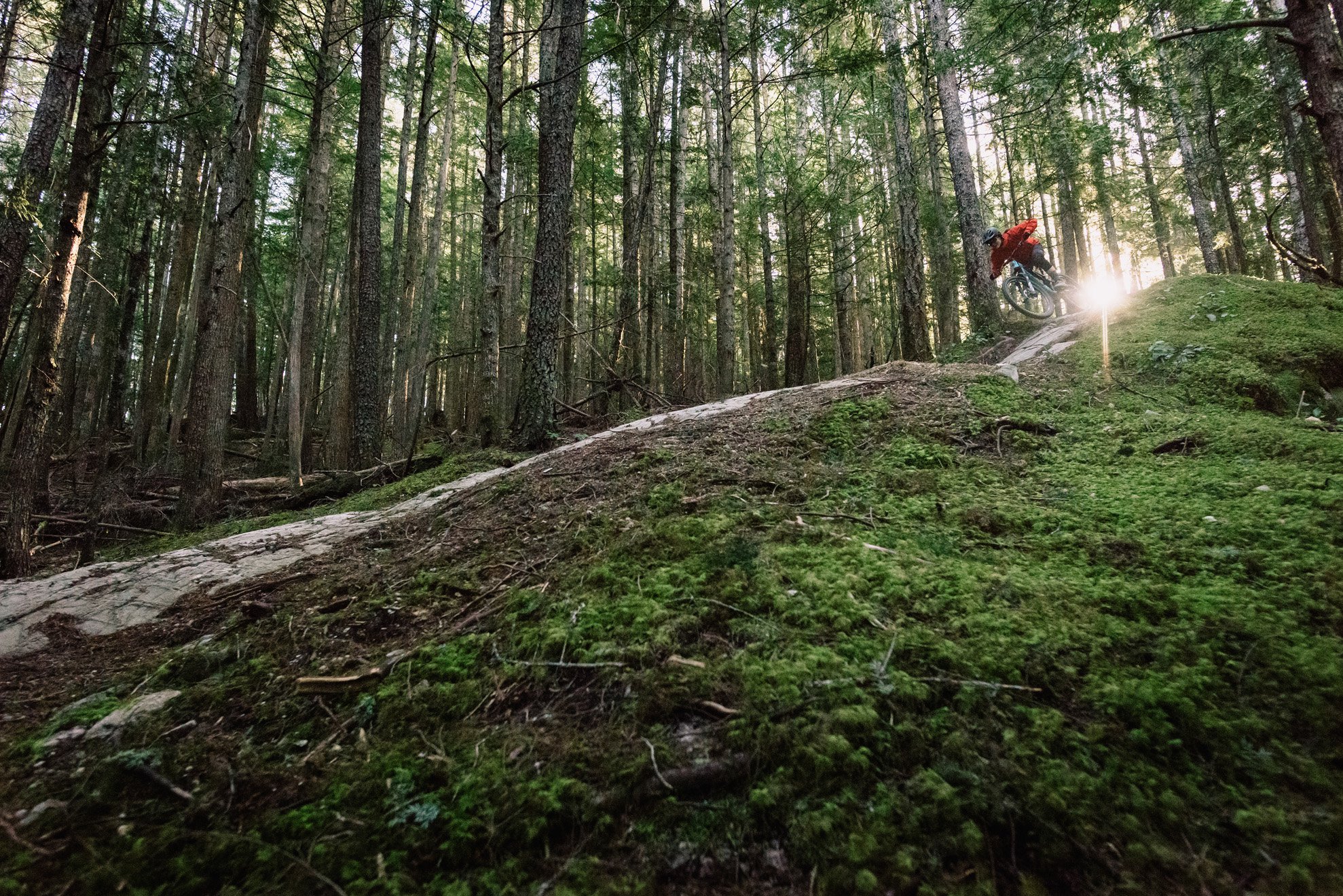 We had a tight weather window to shoot before a major system moved in, we were excited to get a few clear days. It was beautiful and dry, but oh so cold! With the cold came trails like glass covered in pine needles—always trying to throw me on my head! The perfectly sculpted corners had this incredible layer of hoarfrost that made for eerie noises and a surreal ride feel. I'm not sure if I had too much grip or not enough. 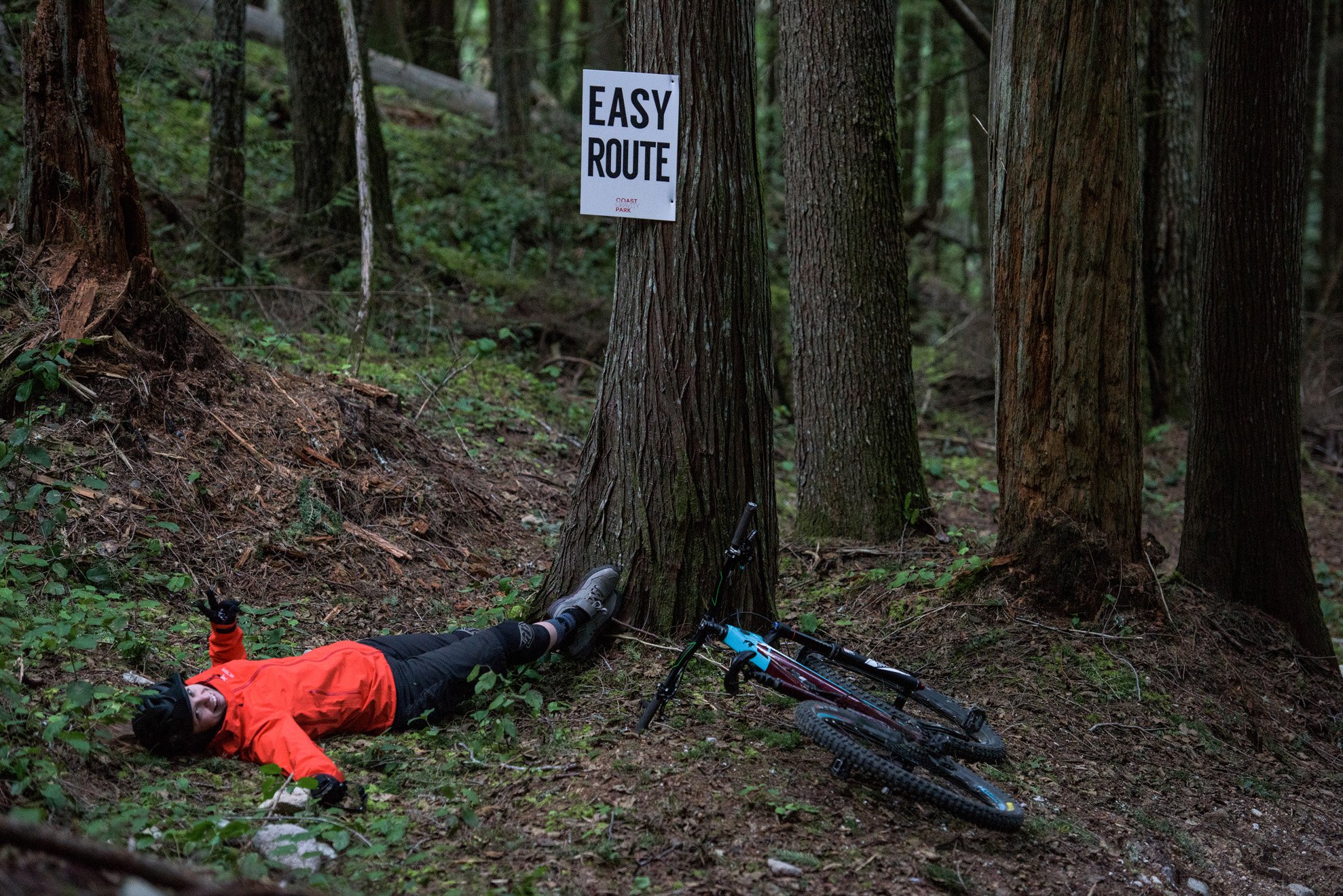 Despite being intimidated to send it into some of the natural terrain with challenging conditions, I quickly got used to the new whip and started opening up the throttle. Bluebird days, CGP's keys in my hand, untouched berms to myself, and sending it on my new favourite bike—this was definitely the highlight of my off season, and I quickly forgot about the sub-zero temperatures.
I'm thankful for those few days of shredding, and I'm going to keep the good times rolling through the season! 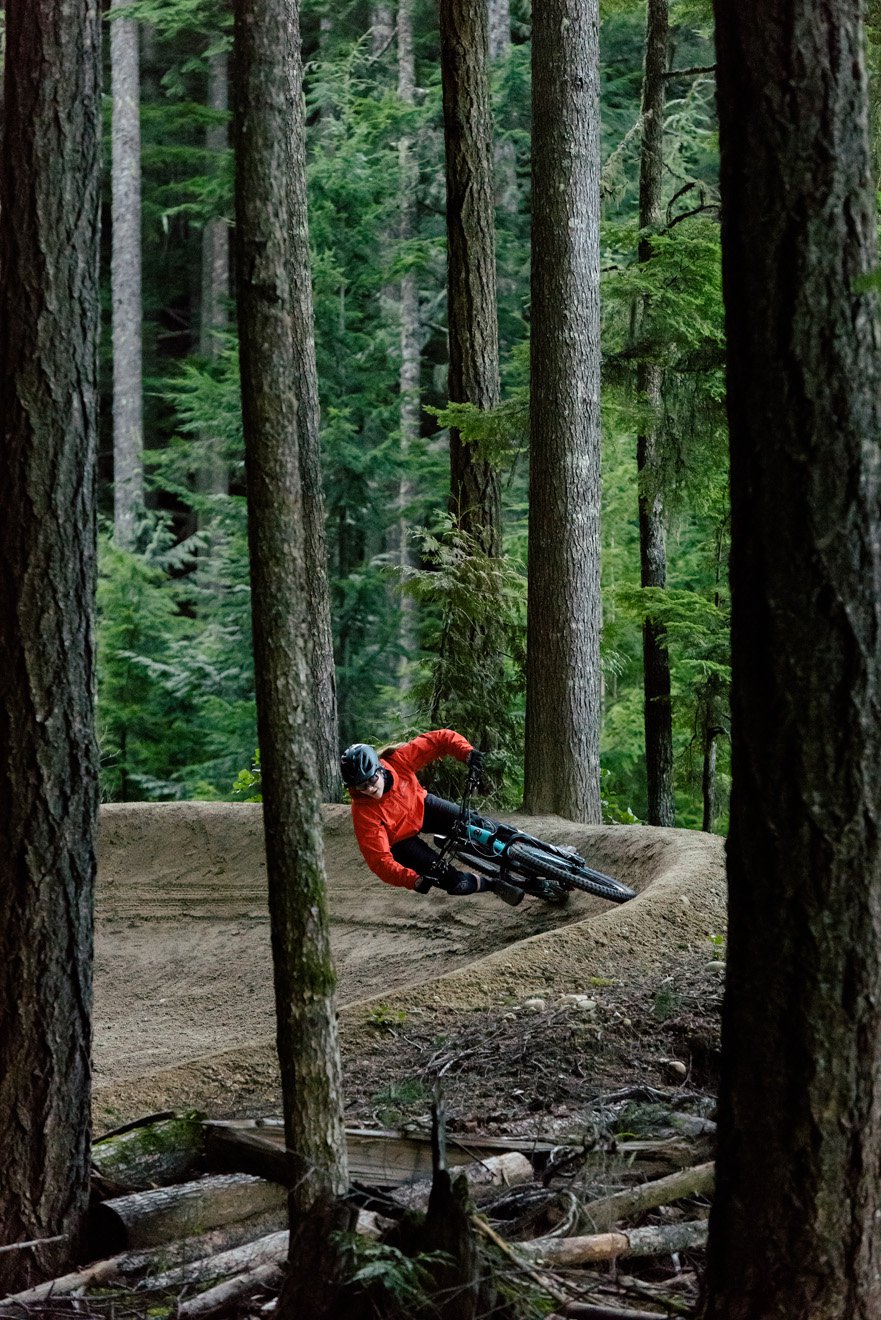 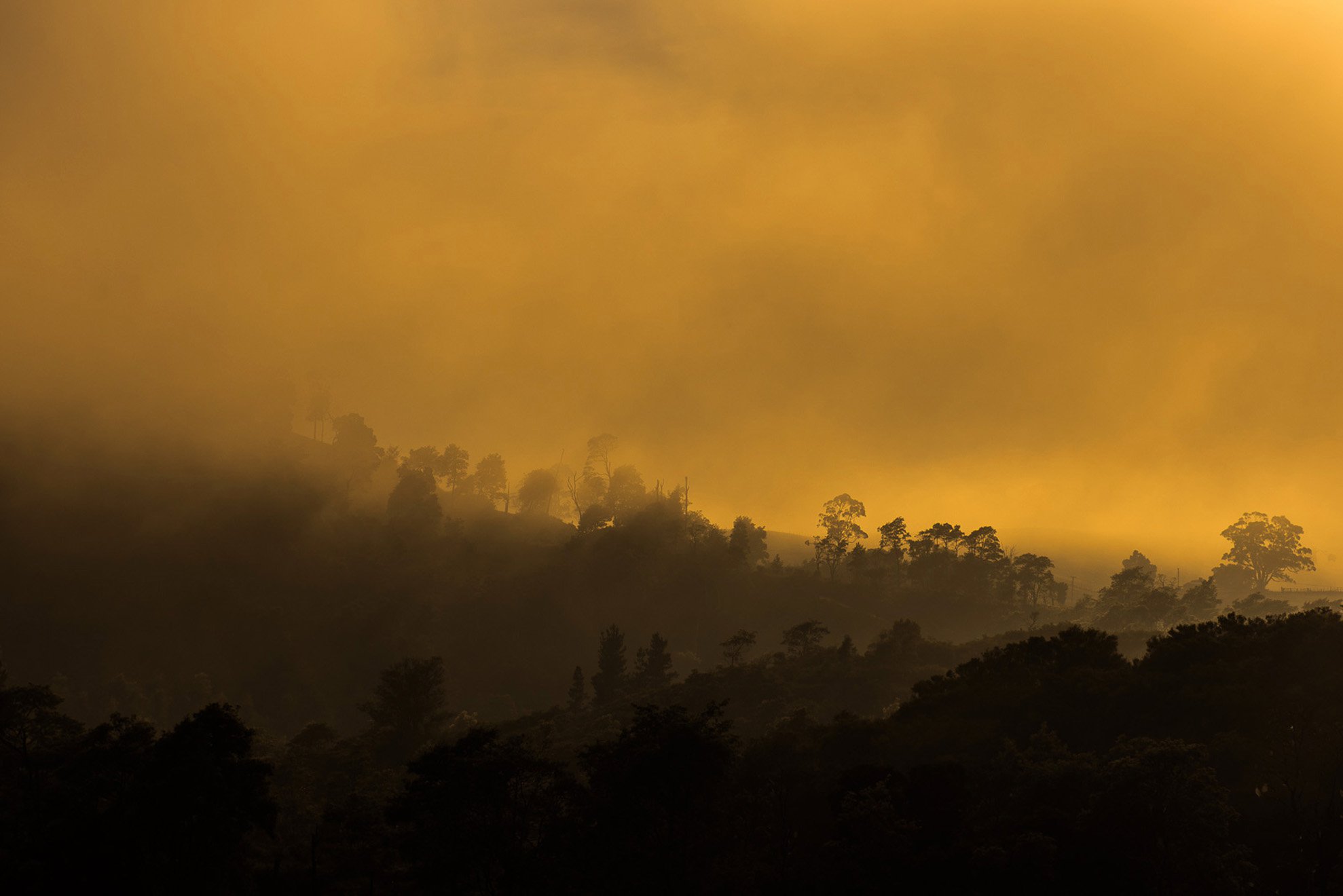 Riding the Fernhill Loop above Queenstown was epic every time. It has a little bit of everything. Climbing up through a mix of alpine terrain, going into native forest with quick descents here and there. You end up at the McGazza memorial, pay your respects to the big man, then drop into salmon run—a mix of steep tech and loam. This bike was made for that loop. 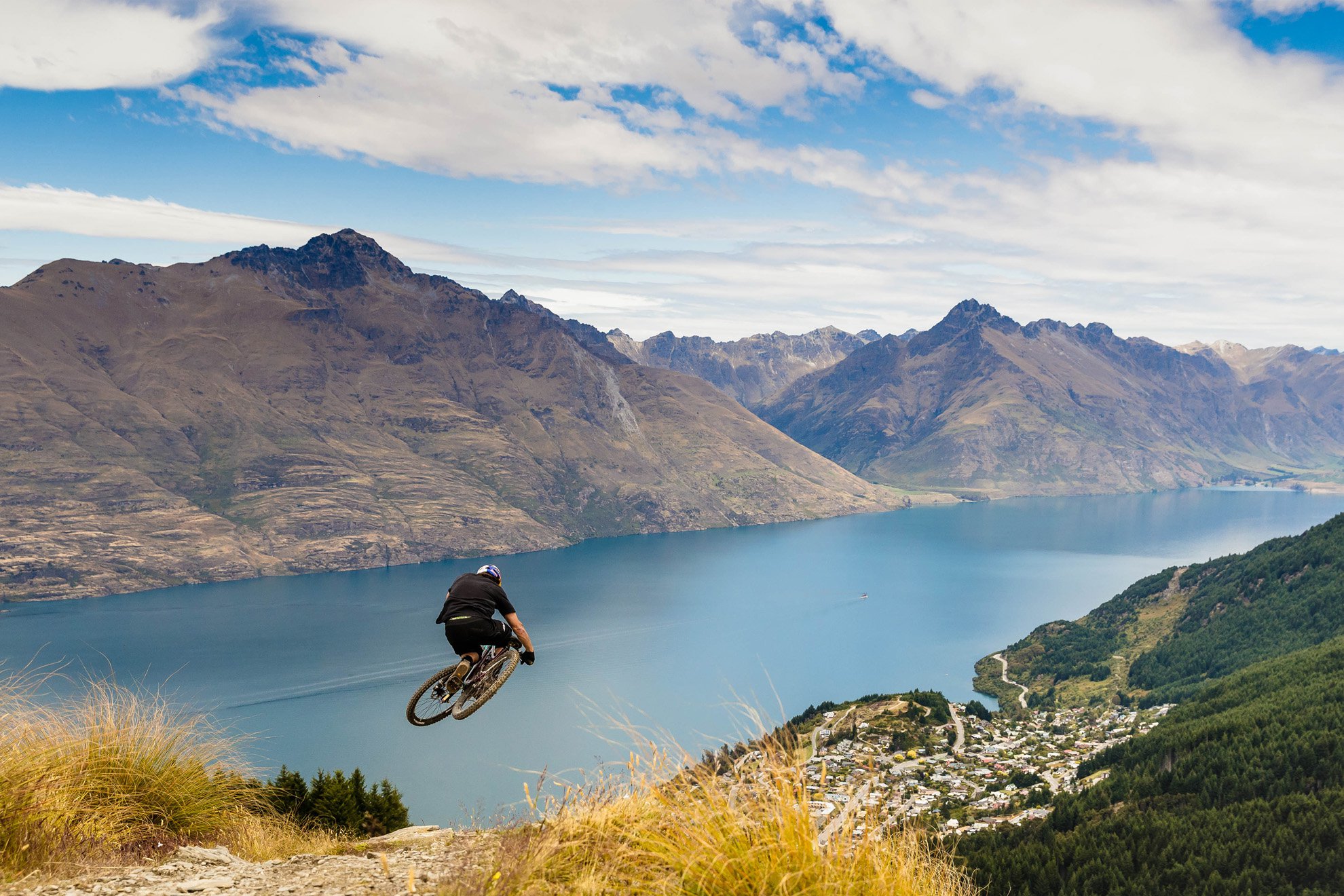 I also rode Skyline bike park in Queenstown quite a bit, so I had it set up in the slackest RIDE-9 position. The suspension was set up fairly stiff with slow rebound. When I 450'ed that hip in the bike park, it was completely comfortable! It felt like I was on a slopestyle bike. Then when I got back to ripping trail, it was snappy and responsive, while taking some pretty big impacts with ease. All around ripping bike. 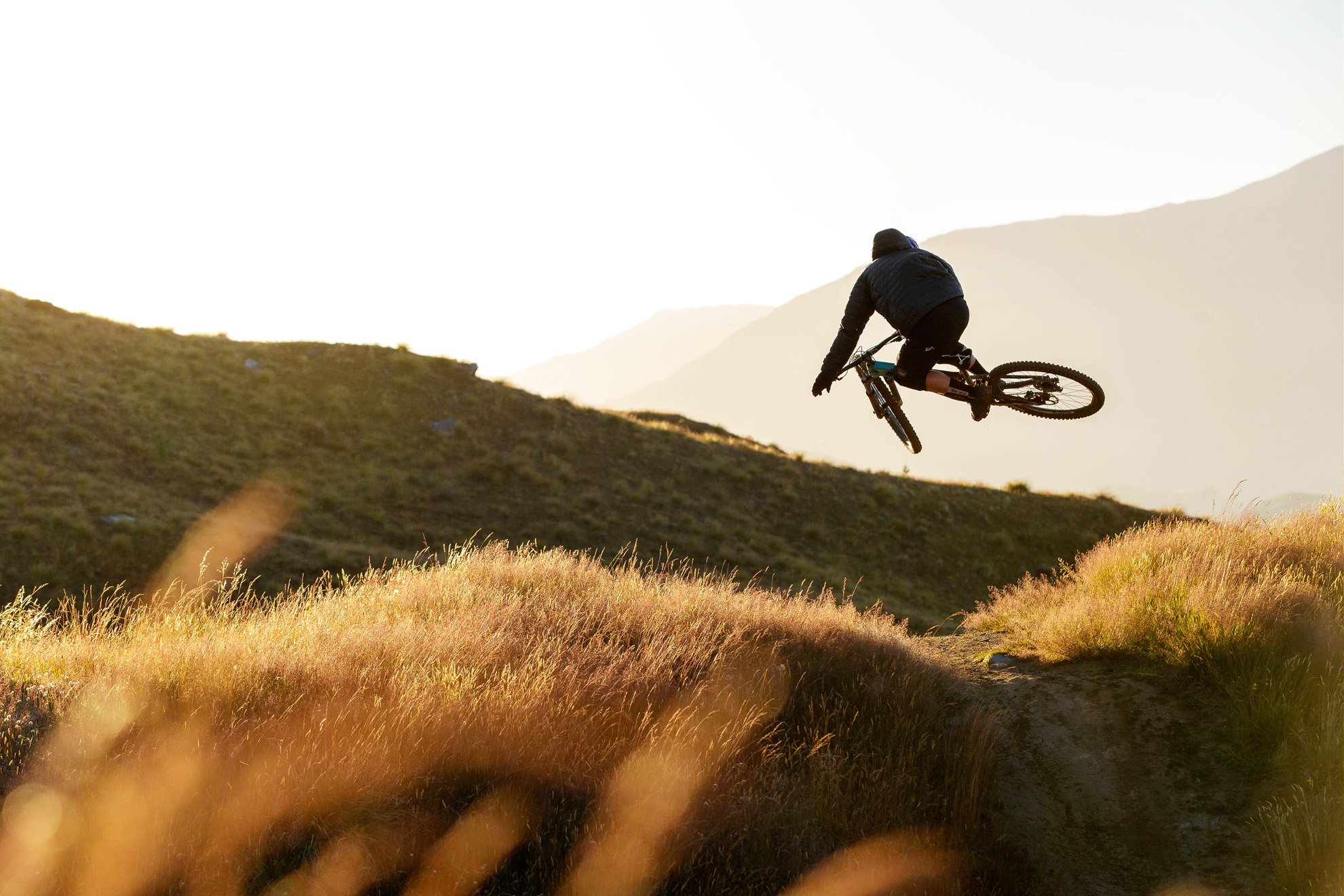 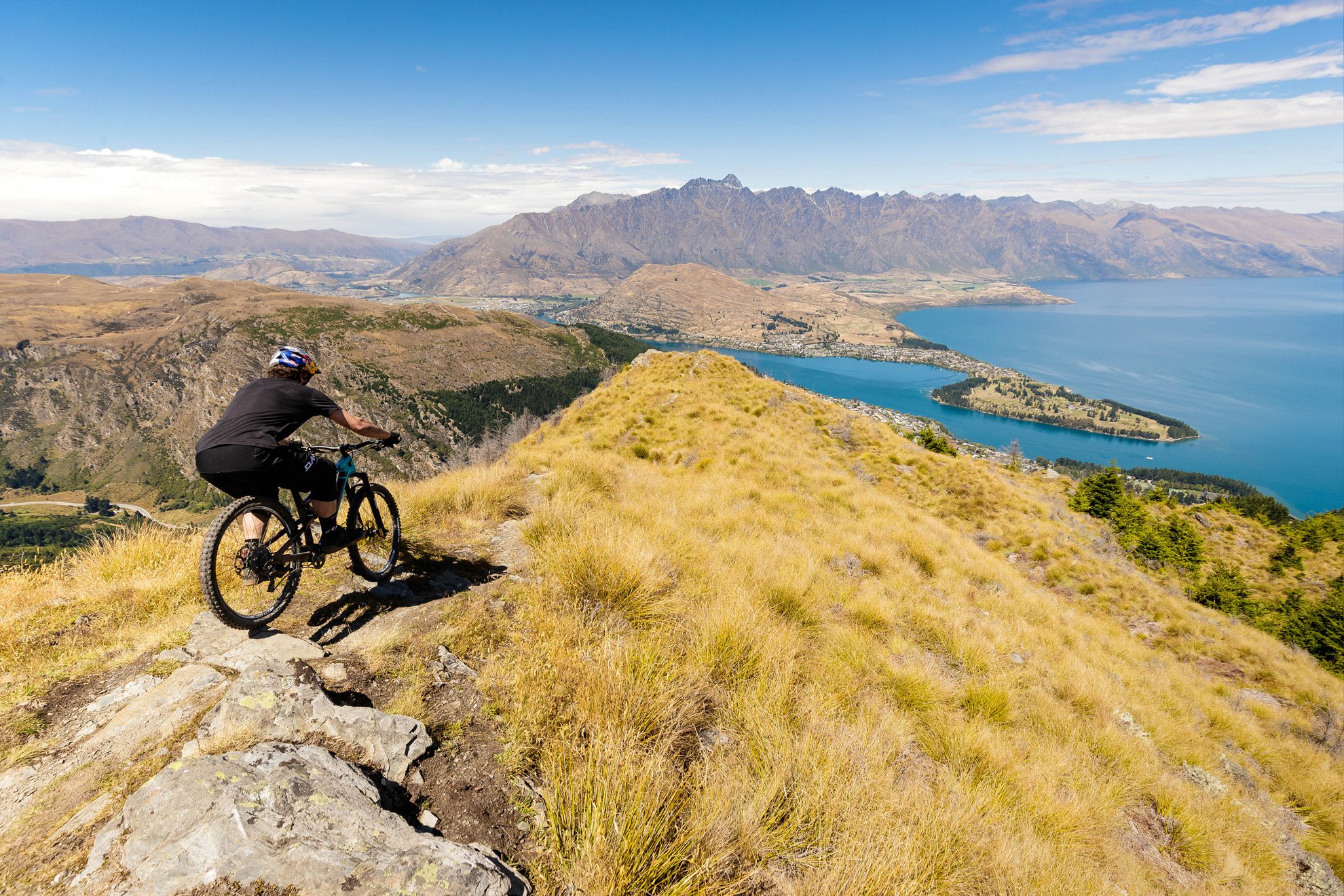 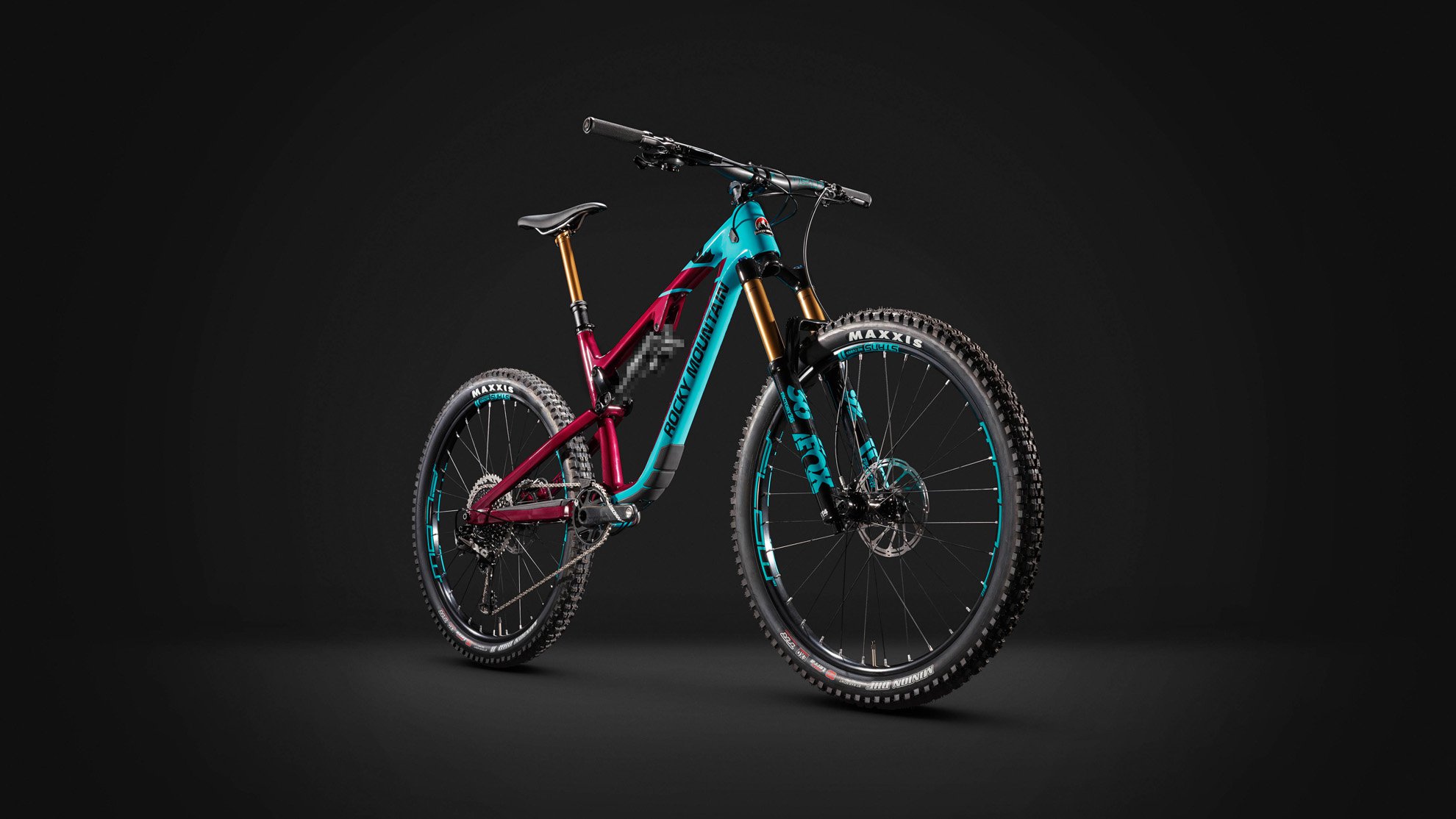 For 2018 we've designed an all-new frame to increase stiffness, improve pedaling efficiency and small-bump sensitivity, and include a host of next-generation features. Now available in both carbon and alloy models, the Altitude allows for a wide range of RIDE-9™ adjustments to tackle any terrain—from technical BC loam, to clapped out EWS tracks, flowy New Zealand jumps, and Moab slickrock singletrack. 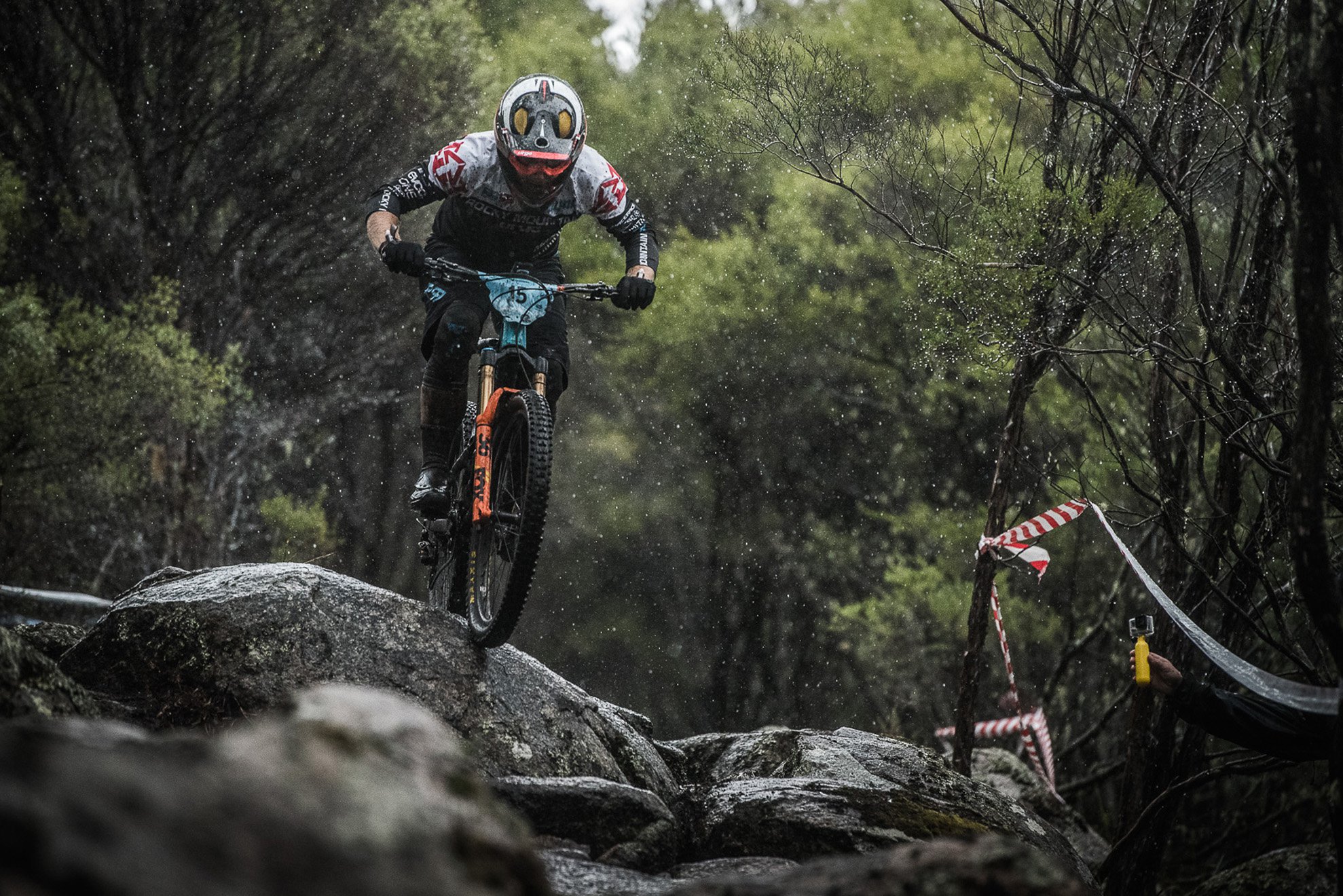 "The Altitude has always been my go-to, do-everything bike, from technical climbs here on the North Shore to burly descents in the Italian Alps. This new one improves everything I love about the bike—it’s smoother, stiffer, lower, slacker, quieter, and nails all the little details. Just like this old freerider, the Altitude gets better with age!” — Wade Simmons 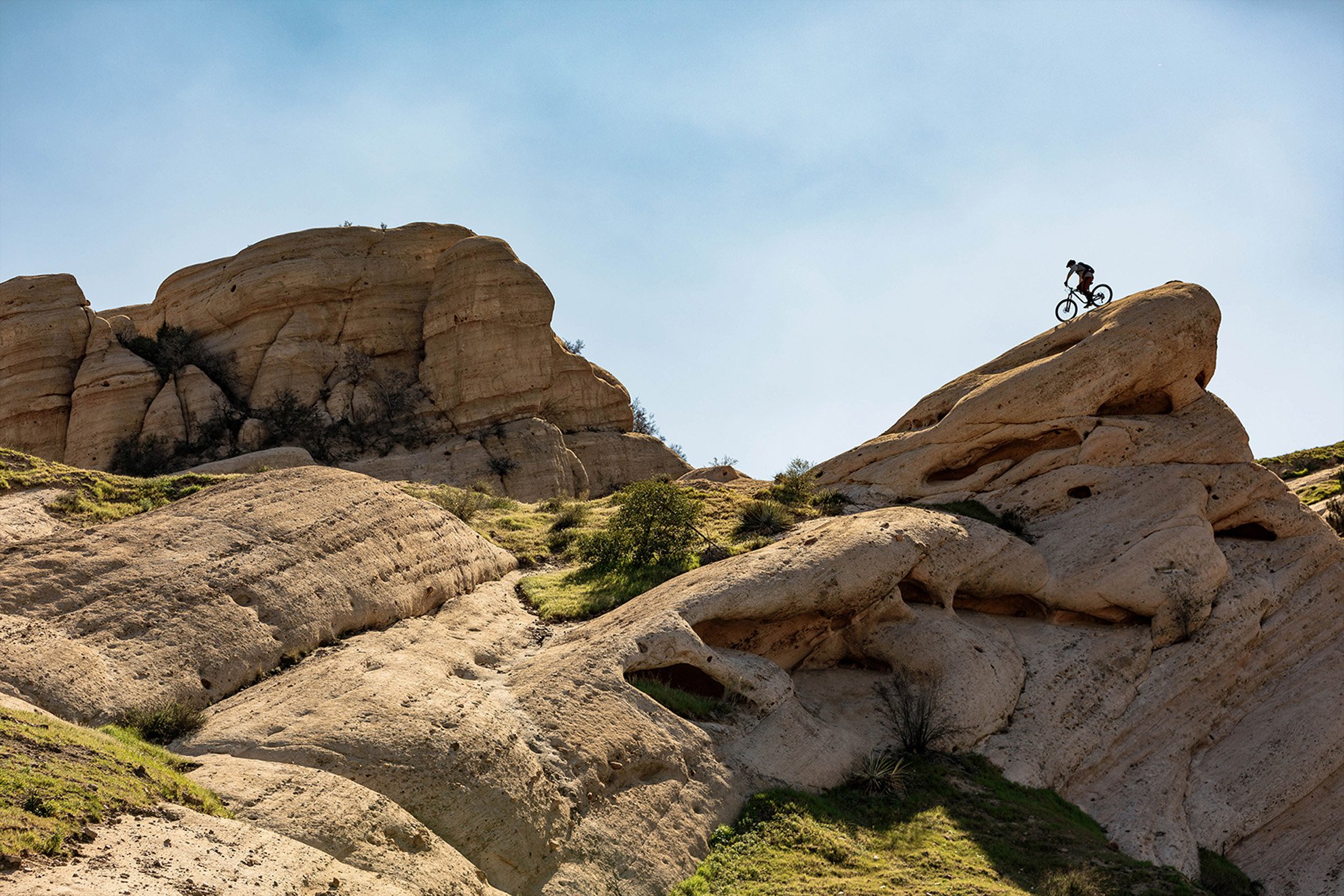 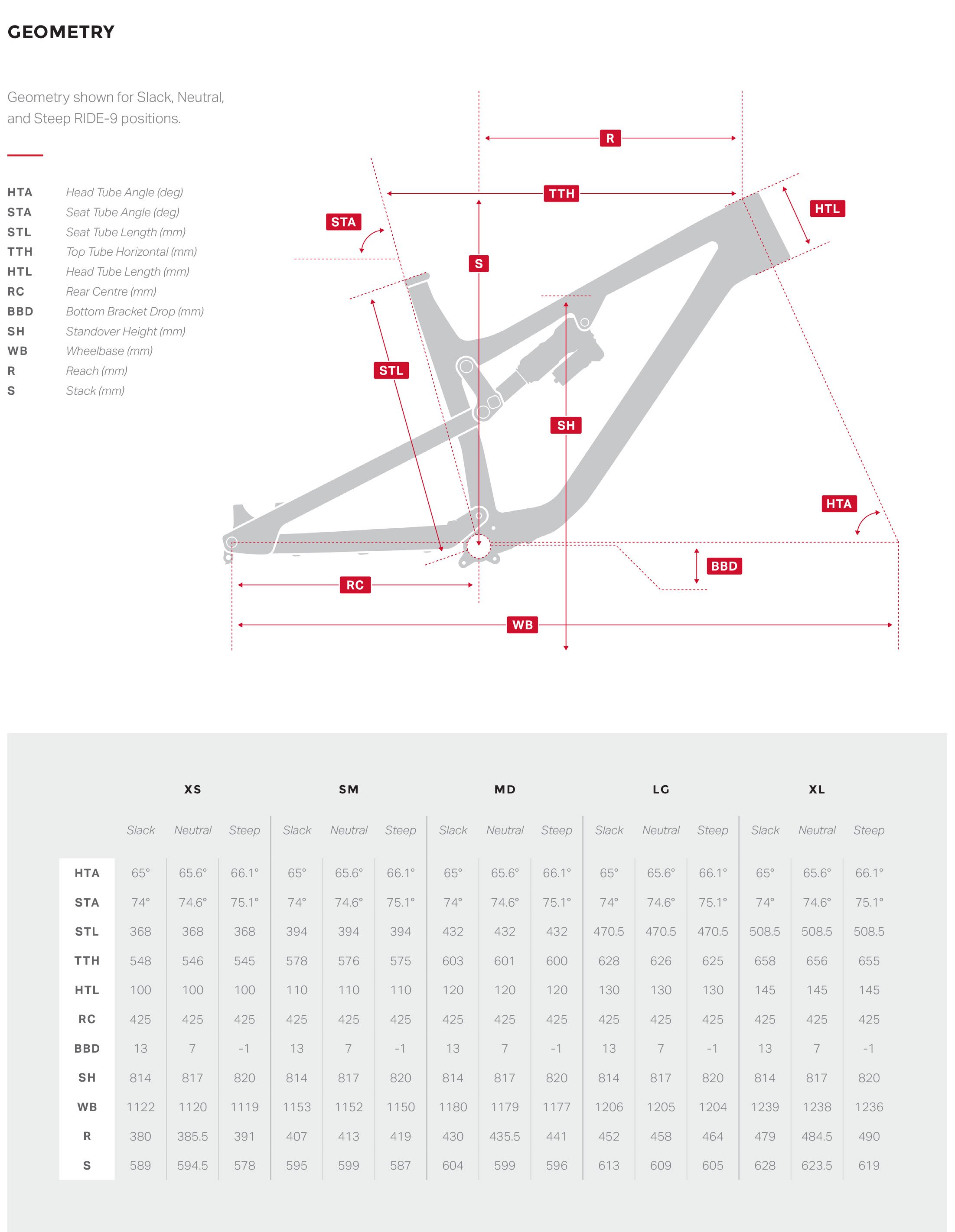 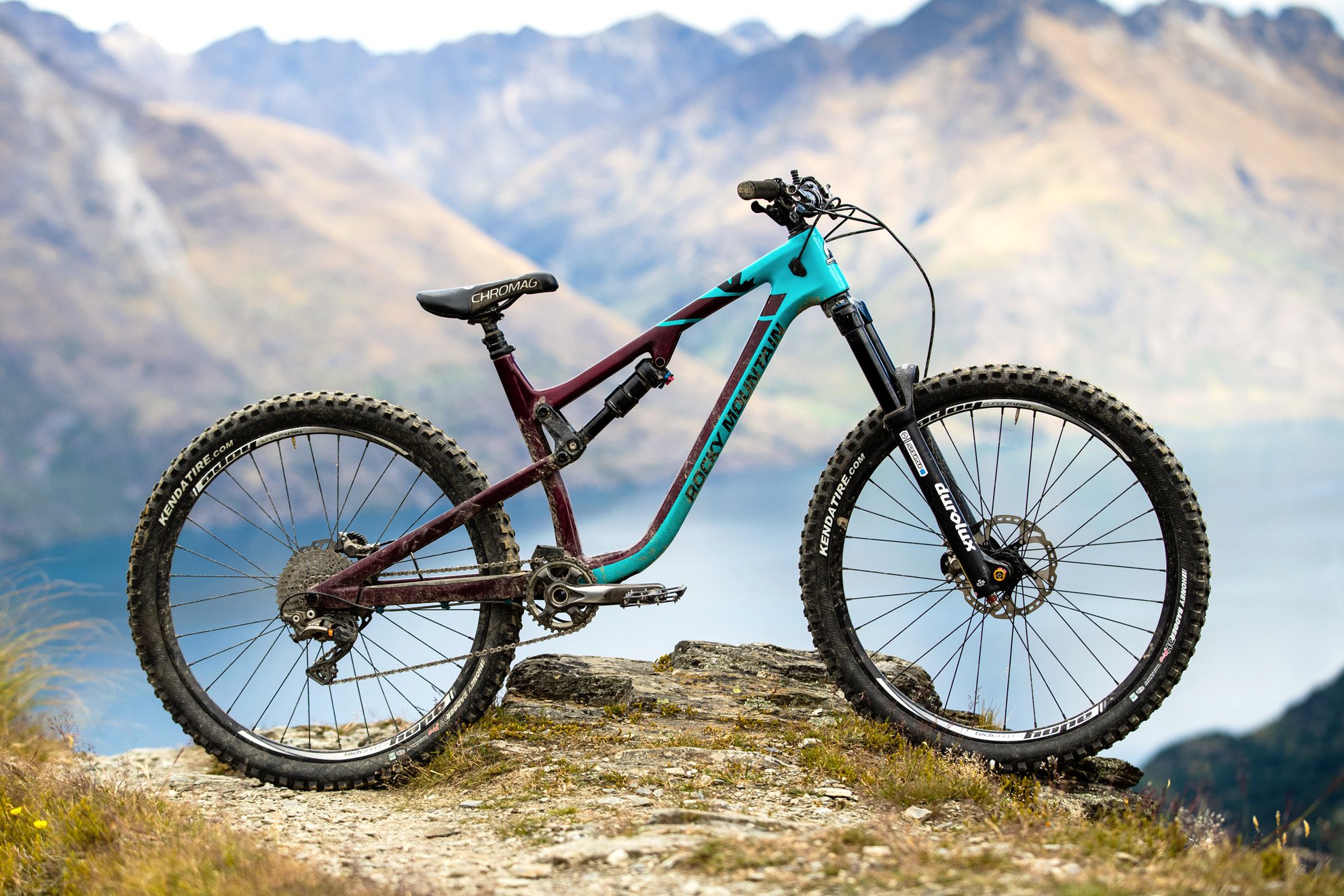