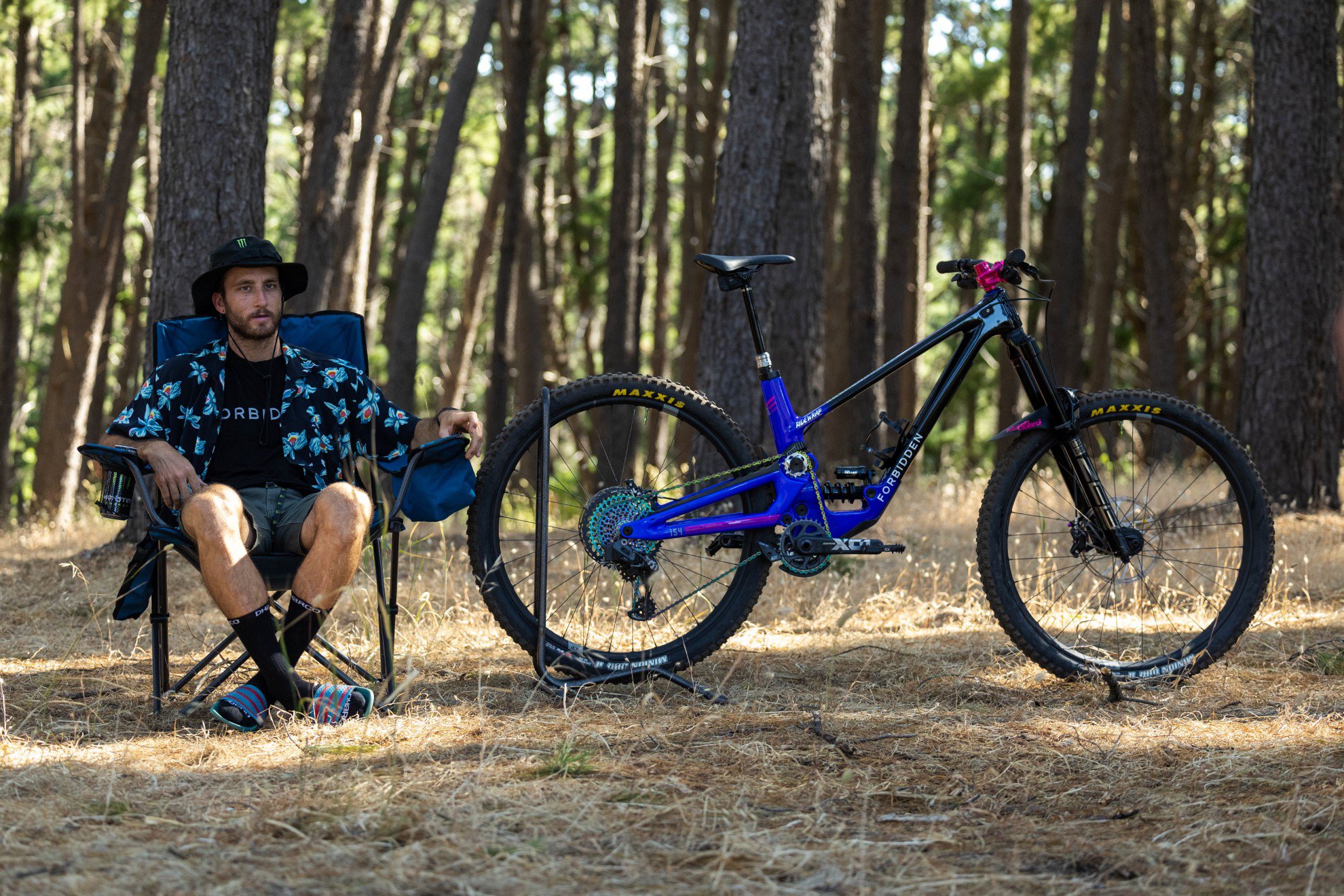 CONNOR FEARON - For a brand known for developing bikes with a gravity performance bias, it was merely a matter of when, not if, we would develop a bike and enter the World Cup scene. Signing Magnus Manson in 2021 was where our journey began and with much to show and accomplish in the coming months, we are delighted to finally announce Connor Fearon’s arrival on the Forbidden Synthesis team. Arguably one of the most exciting riders on the gravity racing circuit and at only 27-years old has barely scratched the surface, and we cannot wait to see what he can do on our bikes. 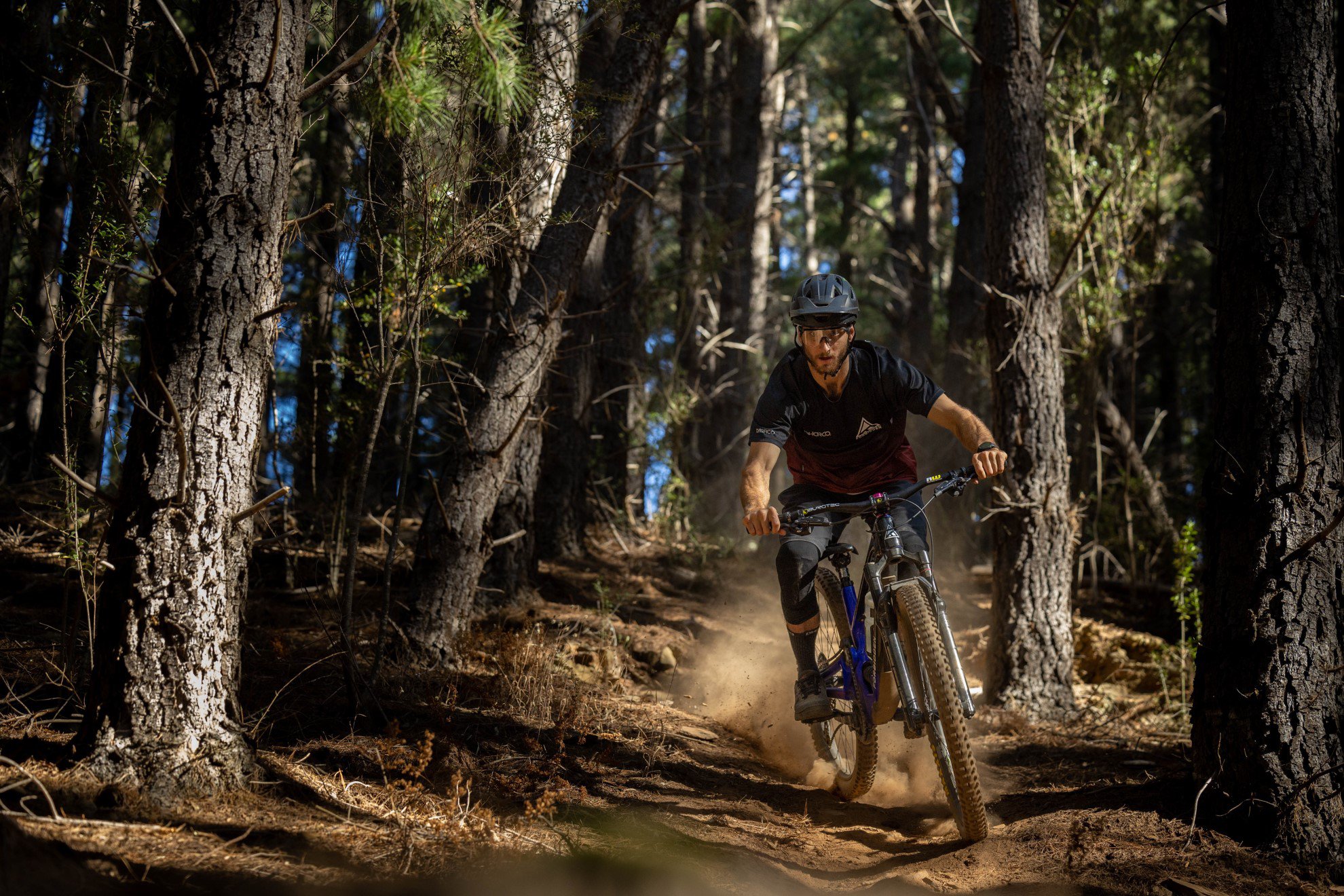 “After ten years, 2022 marks the first year on a new bike brand for me and I can hardly put it into words how excited I am to be flying the Forbidden flag and riding their bikes. I've wanted to ride a Forbidden ever since seeing the Druid for the first time and I believe that their bikes are going to help me ride and race faster than ever. My goals for the next few years are to refocus on World Cup Downhill racing, be a regular top 10 finisher and a podium contender, like I know I can be. Signing with Forbidden has given me a huge kick in motivation and I cannot wait to put more time in on the bikes and start ticking off my goals!” - Connor Fearon 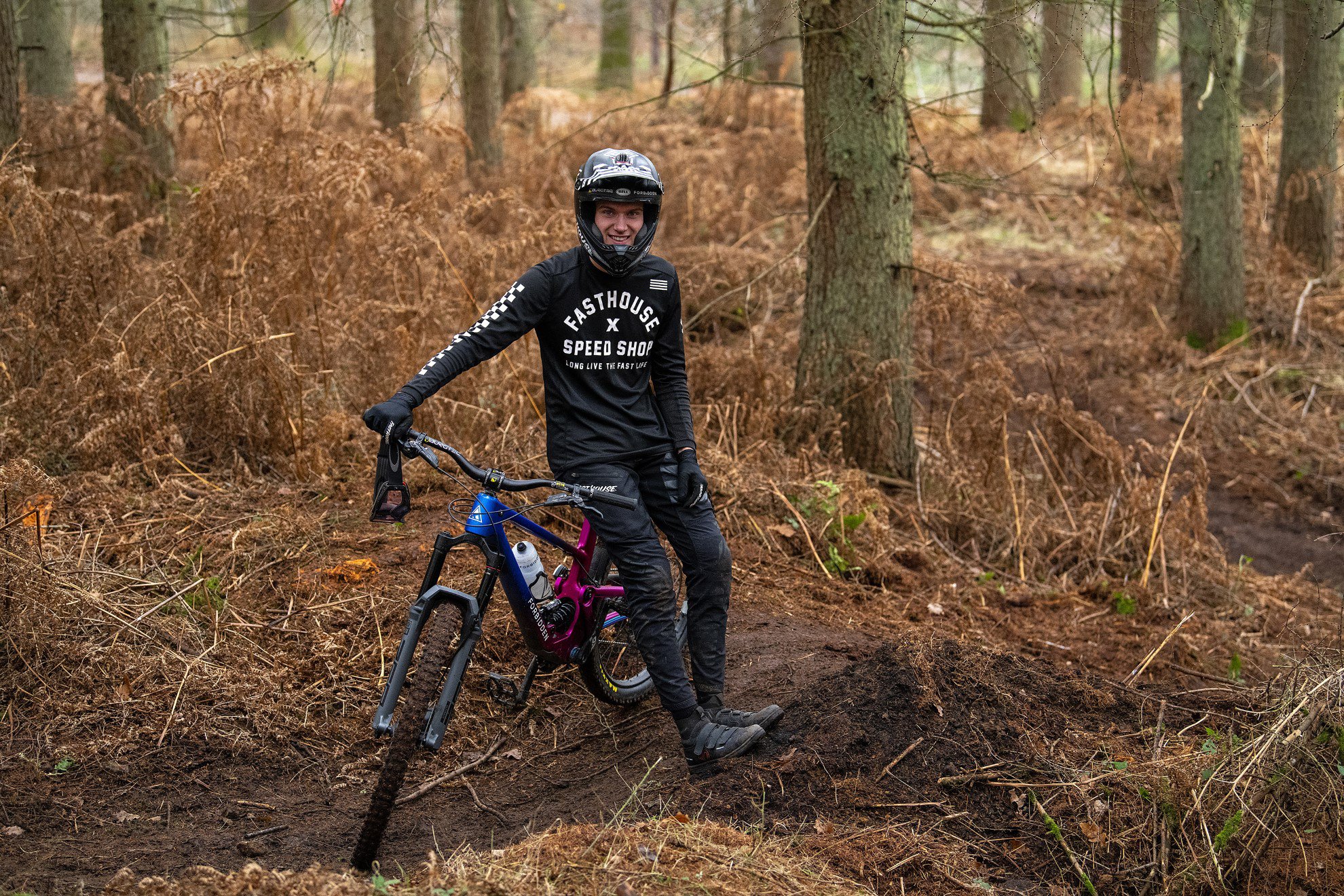 ALEX STORR - Before a chance encounter between a friend of Forbidden’s in the UK and Alex Storr – looking to buy a used snowboard in late 2020 – we’d never heard of this talented young Welshman. News of this chance meeting soon reached our base on Vancouver Island and after a quick scan online at his past results, didn’t hang around signing Alex to the 2021 ambassador program. Alex went on to win the British U21 enduro national championship’s title, round six of the U21 EWS, scored a second podium at round eight and finished his first full season of racing, let alone overseas, as the highest-ranked privateer. What’s more, Alex is the third rider to ever win an EWS on flat pedals. 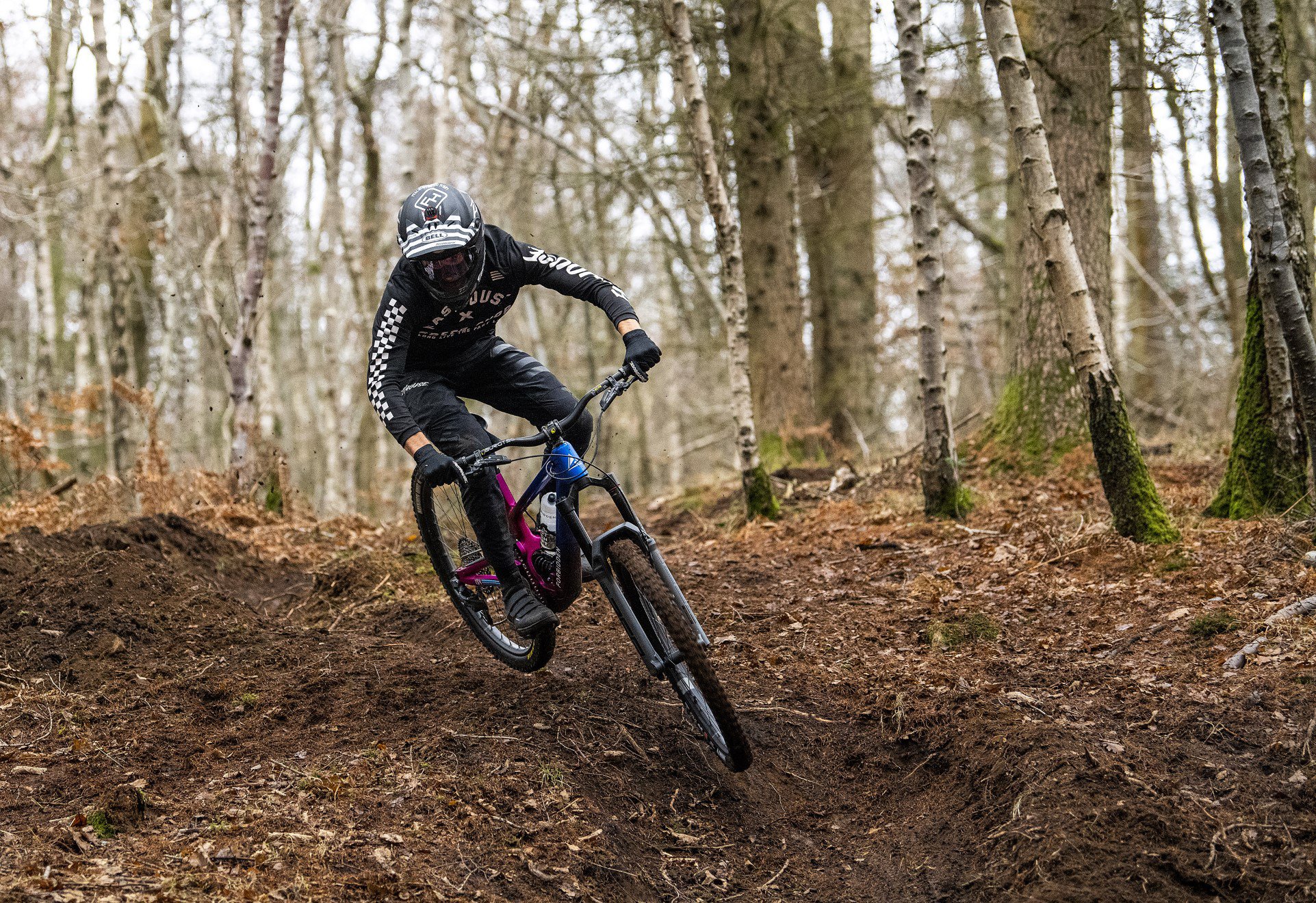 “Having the opportunity to ride for Forbidden as an ambassador last year was amazing but joining the factory Synthesis team and racing another EWS season aboard a Dreadnought, is something I’m super proud of and very grateful for. After completing my first EWS season last year – travelling around Europe in a van, washing in a river every week and living off pasta with no real plan other than to have fun and race my bike – I’m super excited to get my first elite season under my belt and with the support of a factory team, it’s a dream come true! Not only will 2022 be my first elite season, but this is also the first time that I’ve been able to focus and prepare full-time for a race season.” - Alex Storr 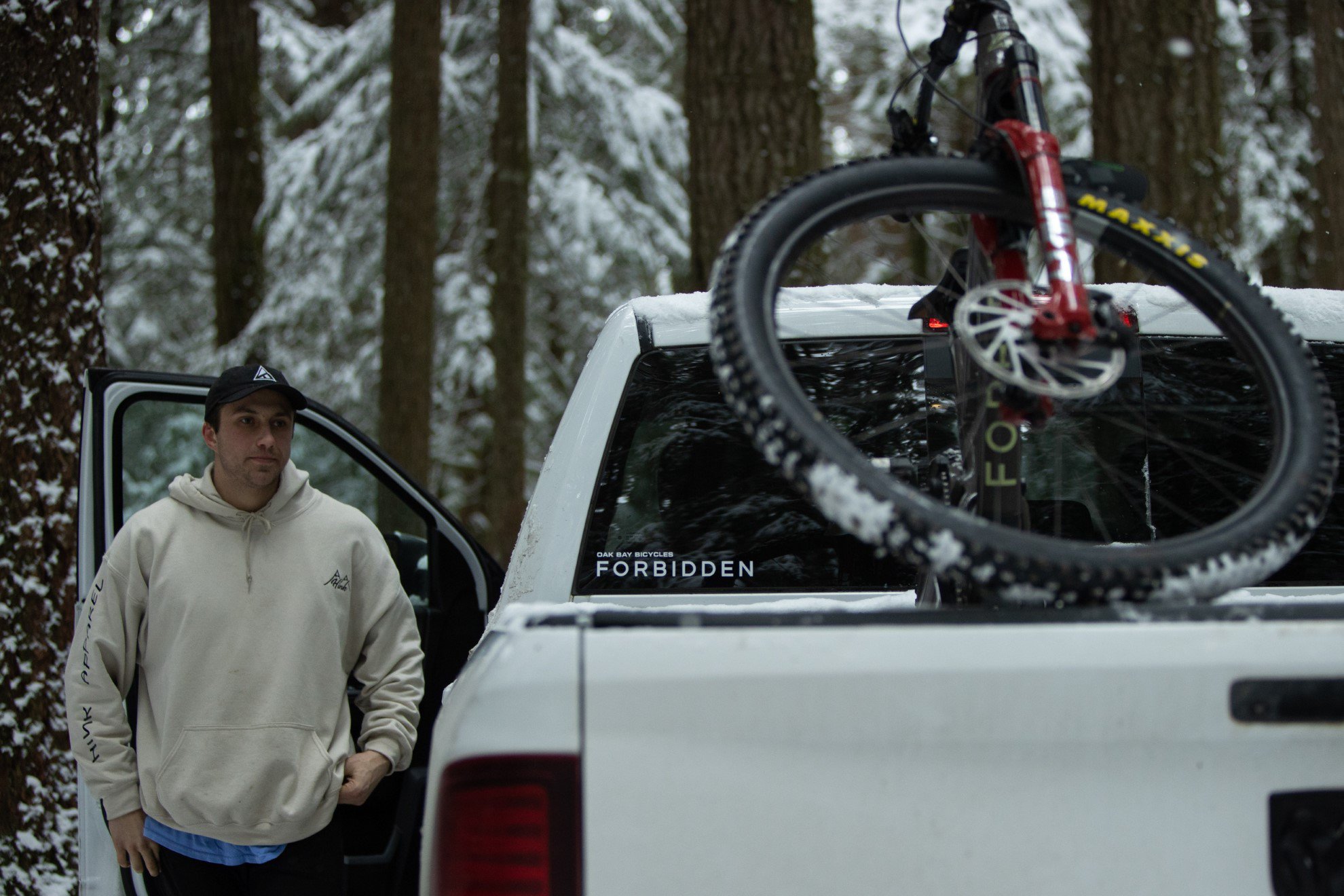 MAGNUS MANSON & RHYS VERNER - Homegrown Canadian talents, Magnus Manson and Rhys Verner return to make their marks on the World Cup downhill and Enduro World Series respectively. Magnus, who is currently working his way back from a cancer diagnosis, has been instrumental in the development of our downhill program. We are extremely proud of what he’s overcome and achieved these past two years and what he’ll do when he’s back between the tape. Rhys, despite racing with a broken collarbone for five rounds of the EWS in 2021, showed he the racing community that he has the speed and determination to be the podium contender we all know he is. 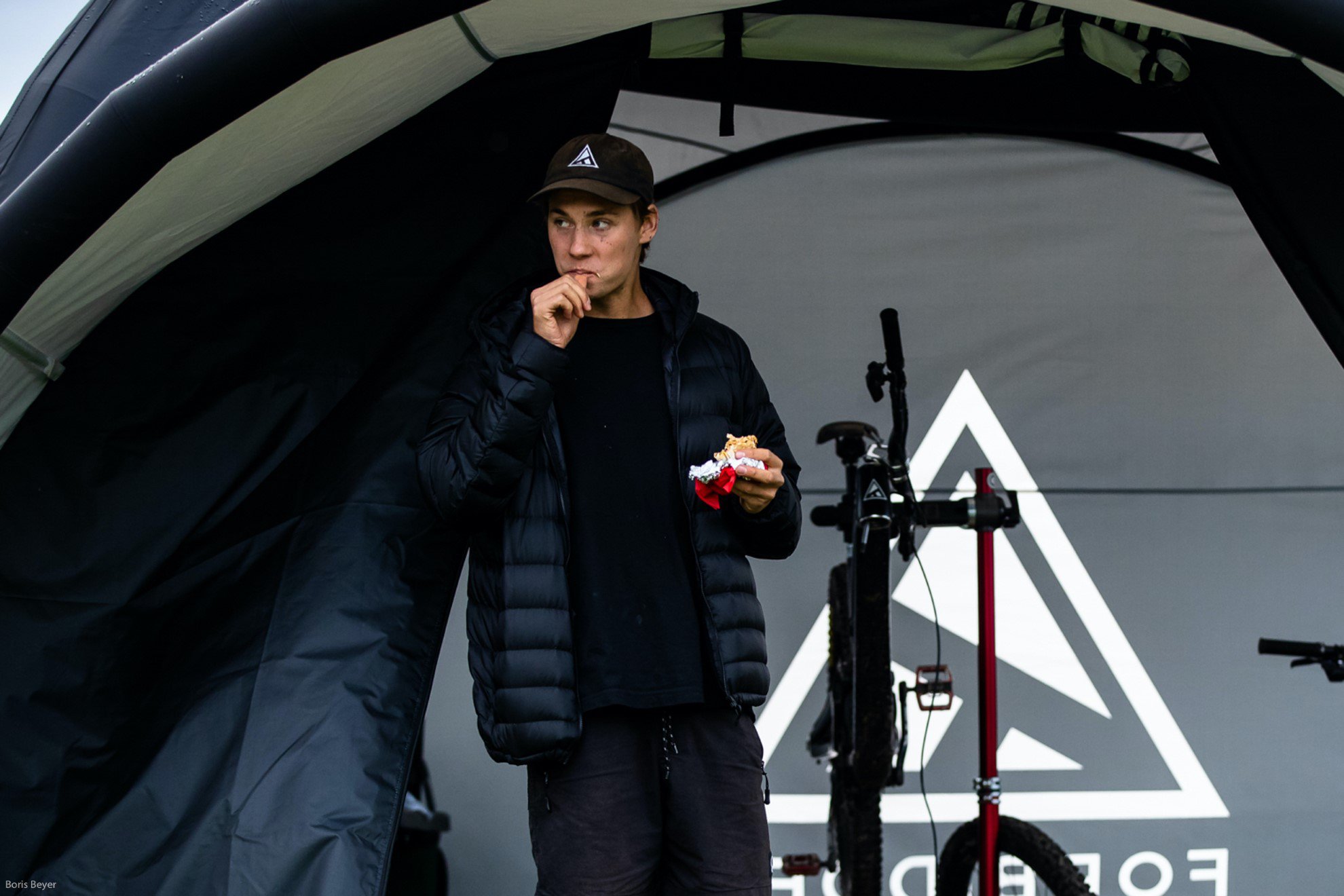 “I’m so pumped to be teammates with Connor, he’s such an insane bike rider and I can't wait to see him working his magic on these bikes; I think we're on for something special! As for Alex, while I’ve never met him, it’s pretty evident from his videos and results that he’s an insane bike handler and I'm always impressed at the way he can maneuver himself through so many different sections so quickly! For me, I’m just itching to get back between the tape and make a return to racing at the top level again. It's been a battle, these past two years, with health and injuries, and it’s through these struggles that I believe I'm more ready than ever to face the challenges of racing again. Bring on 2022!” - Magnus Manson

“Hearing the news that Connor and Matt [Dupelle] are joining the Forbidden Synthesis team felt like we are getting the band back together; I couldn’t be happier! Having worked together before, Connor was an amazing teammate and someone I learned a lot from. I’m also excited to see just how fast he can go on a Forbidden! I first met Alex Storr in Loudenville (for the EWS) and was immediately impressed by how talented and easygoing he is, as well as his insane bike skills. It’s hard to believe that last season was his first real year racing so we’ve yet to see his full potential. We had a great time hanging out during the second leg of the EWS last year and I can’t wait to catch up when he comes to BC in a few months! Having Matt and Ant-Man join the team also brings a ton of experience to the program and I can’t wait to see the whole team develop throughout 2022; it’s going to be a good one!” - Rhys Verner 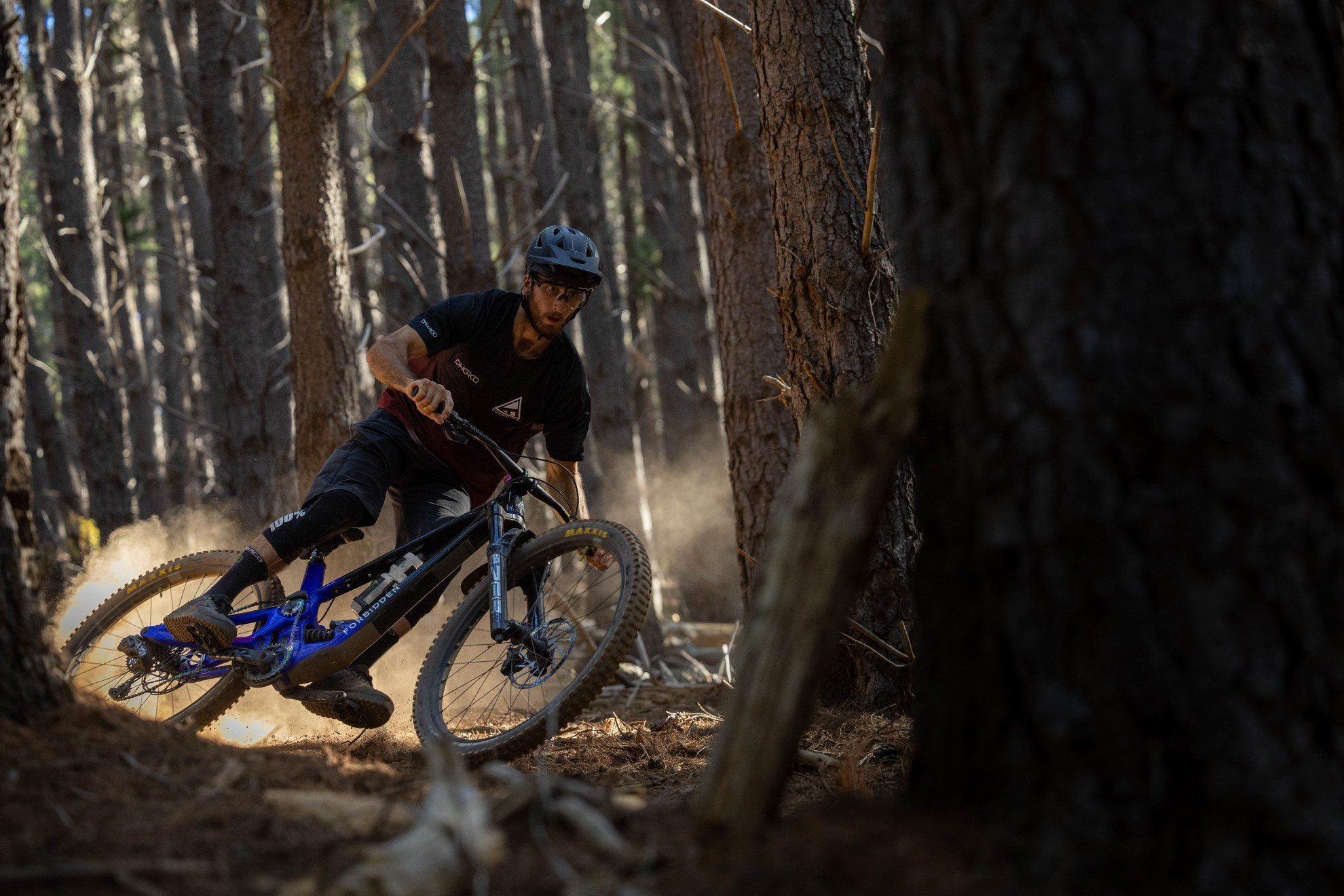 MATHIEU DUPELLE & ANTHONY POULSON - Steering the ship this season, we are thrilled to announce that Matt Dupelle will be our team manager for the foreseeable future. Matt brings a wealth of experience gained from two decades on the circuit and will be instrumental in developing the team over the coming years. Anthony Poulson, more affectionately known as ‘Ant-Man’, alongside two additional team mechanics (TBA), will ensure the rider’s bikes run like clockwork.

Returning to the program in ‘22 is Forbidden’s in-house video wizard and media coordinator, Thomas Doyle, who’ll travel with the team delivering unique content loaded with unrivalled insight from the World Cup and EWS. Behind the scenes, team director Olly Forster will continue to build upon the foundations laid down in 2021 to further cement Forbidden into the consciousness of mountain bike racing fans the world over.

“Excited is an understatement for this new partnership, even with this being the 20th race season I will be going into, my ambition is strong with our new team, brim-full of talent. Having worked with three of the athletes already (Magnus, Rhys, and Connor), I’m very excited to see the progression of Alex Storr and help other Forbidden athletes, like Dillon Butcher, to reach their full potential. After a couple of ‘Covid years’, everyone is eager to go to the races and I can’t wait for the team to showcase how great Forbidden’s bikes are.” - Matt Dupelle, Team Manager

“I’m super excited about everything we have going on for this year. I’ve known Matt for a long time now and I’m super grateful to stay under his wing alongside the group of people we have. I’m also stoked to continue working with Connor, be back with Rhys and Magnus, and the addition of Alex. We’ve been to a lot of races together in the past, so I won’t be strangers going into the first block of the season. Dream bikes with a dream crew, so I think Thomas [Doyle] will have some exciting content all summer long to show everyone. Super pumped for the opportunity” - Anthony Poulson (aka Ant-Man), Team Mechanic

“What can I say? We’ve assembled a ‘dream team’ here and it’s crazy to think, that only three years ago, Forbidden didn’t even exist and this year, we’ll see Forbidden bikes on the World Cup DH stage and that’s pretty unreal! Like all of us at Forbidden, I’ve been a fan of Connor Fearon’s for a long time, so when we realized this was an opportunity that we could make work, we made sure it had to happen. Connor is a rider's rider - he’s fast as hell and always looks like he’s just having the most fun, no matter what - I can’t wait to see what he and Magnus can achieve this season. I’m also beyond excited to welcome Alex Storr into the Forbidden Synthesis fold as he moves up to the Elite EWS ranks, where he can learn the ropes from our resident enduro-machine, Rhys Verner.” - Owen Pemberton, Forbidden Founder

this is rad. with more large companies dropping DH support, it's cool to see little guys picking up the slack.

also very stoked about the mullaly / FTW effort. should be a fun season.

Maybe the future of DH bikes is from huge companies like Trek and Specialized and then small companies like Forbidden who plan on selling out the small production run every year. Seems like everybody in the middle is either dropping them or cheating the system by sticking dual crowns on enduro bikes.

Not sure about that.  Hard to do well at the races without a really good dedicated DH bike.   Cant think of any Enduro bikes doing anything meaningful at a World Cup DH.

First off, I think you missed the point of above. I'm not hailing dual crown enduro bikes as the future of DH racing, far from it. The mid-sized companies I'm referring to typically don't have  dedicated world cup team anymore. Athletes chuck a dual crown on an enduro bike to do a race now and again or something like Crankworx. They clearly aren't the future of DH bikes and DH racing if they only peripherally participate - sounds like we probably agree there.

And just to play the other side of the coin for a little bit, off the top of my head I can think of one result on an enduro bike that made a meaningful impact on DH world cup: Jared Graves' bronze on an SB-66 at the 2013 world champs (if you care about Juniors at all, Rude won gold on the same bike).

Woah. Did not see this coming!

Huh. Does this mean we're going to see, at a minimum, a long-shock option (maybe not factory) for the dreadnought? Or perhaps even a DH bike? The article makes it pretty clear we'll see one or the other, but I wonder which approach they'll take: the unique platform, or more Norco and Rocky's current effort: a really big 29er with dual crown capability, and maybe a long travel link.

Forbidden might be 'small batch' enough to sell out and turn a profit on a DH bike, eh? Not sure.

Edit: given that I still love Mr. Pemberton's first high pivot bike (the Aurum HSP), an updated one would be pretty hype. Although I was planning on keeping my Aurum "forever", so on the other hand, an updated platform might make me a bit sad. hah!

Alex Storr is some mean rider!