I spent a solid year on a 2012 Trek Slash 9 and put several thousand kilometers of trail under its tires in pretty well every corner of British Columbia. I loved its angles and the descending prowess its 160mm chassis provided – but as a new crop of lighter weight and capable carbon bikes started to hit the market my eyes began to wander. The Slash 9 ticked most boxes but at 32bs it was a bit of slug to pedal on the all day missions we seek. 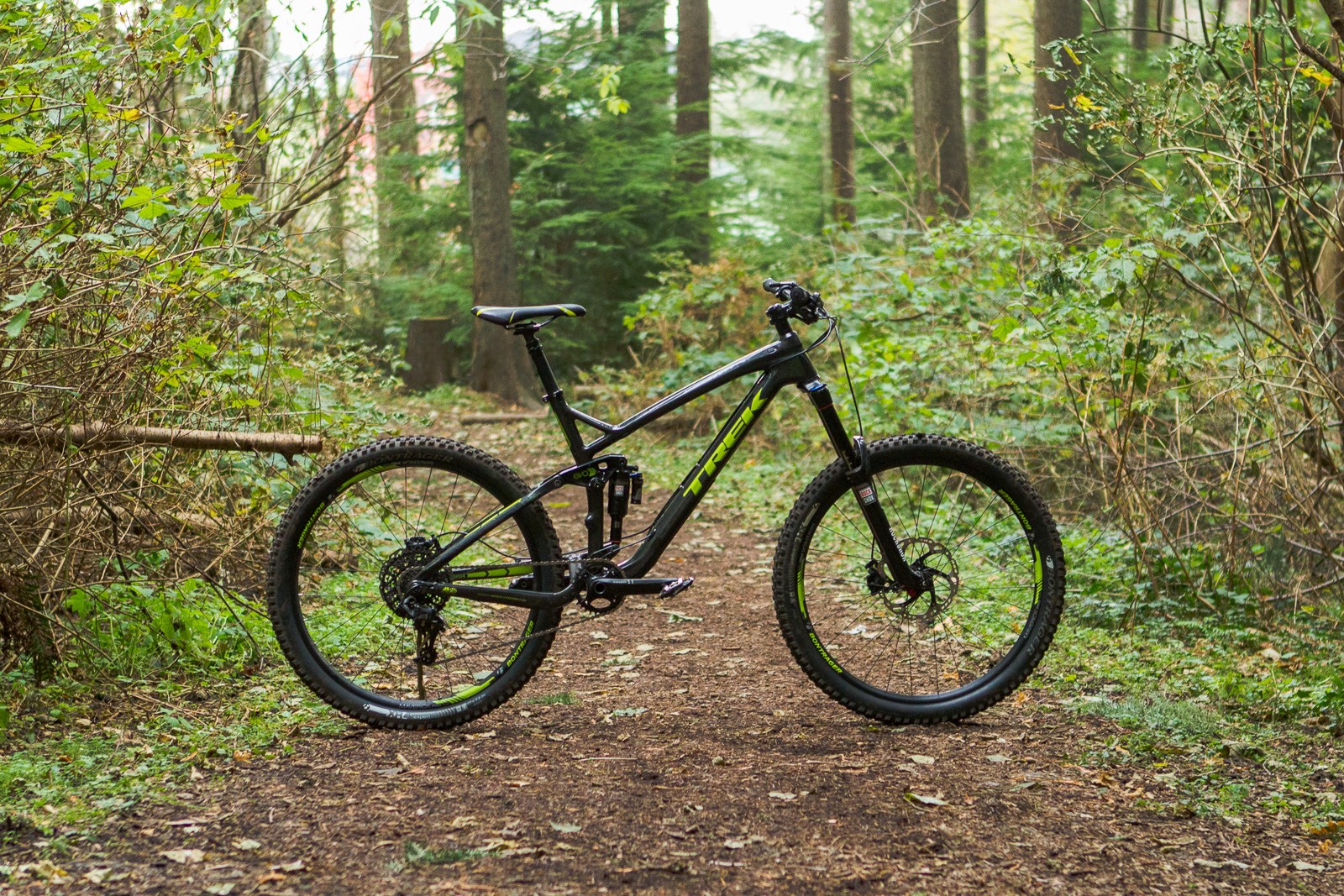 The Slash 9.8 employs an OLCV Carbon front triangle and seat stays paired with alloy chainstays. Move up to the 9.9 and you get a full carbon machine. Carbon shaved 1.5lbs off the alloy sixfitty version and over 2 lbs off of the previous generation 26″ Slash. Internal cable routing and a raw clear-coated carbon finish serves up a sleek stealthy look, even with the bright yellow graphics.

I’ve been pestered Andrew Shandro for the last two years about how Trek needs to build a carbon Slash because I figured it would be ultimate trail and funduro weapon. Trek had already developed the alloy Slash 27.5 for 2014 but the sudden rise of 27.5 delayed the carbon project until this year. We saw some Trek factory riders like Rene Wildhaber riding a carbon 27.5 Slash in the EWS this year and at the end of the summer Trek unveiled their new line of carbon 27.5″ wheeled fun machines to the public. 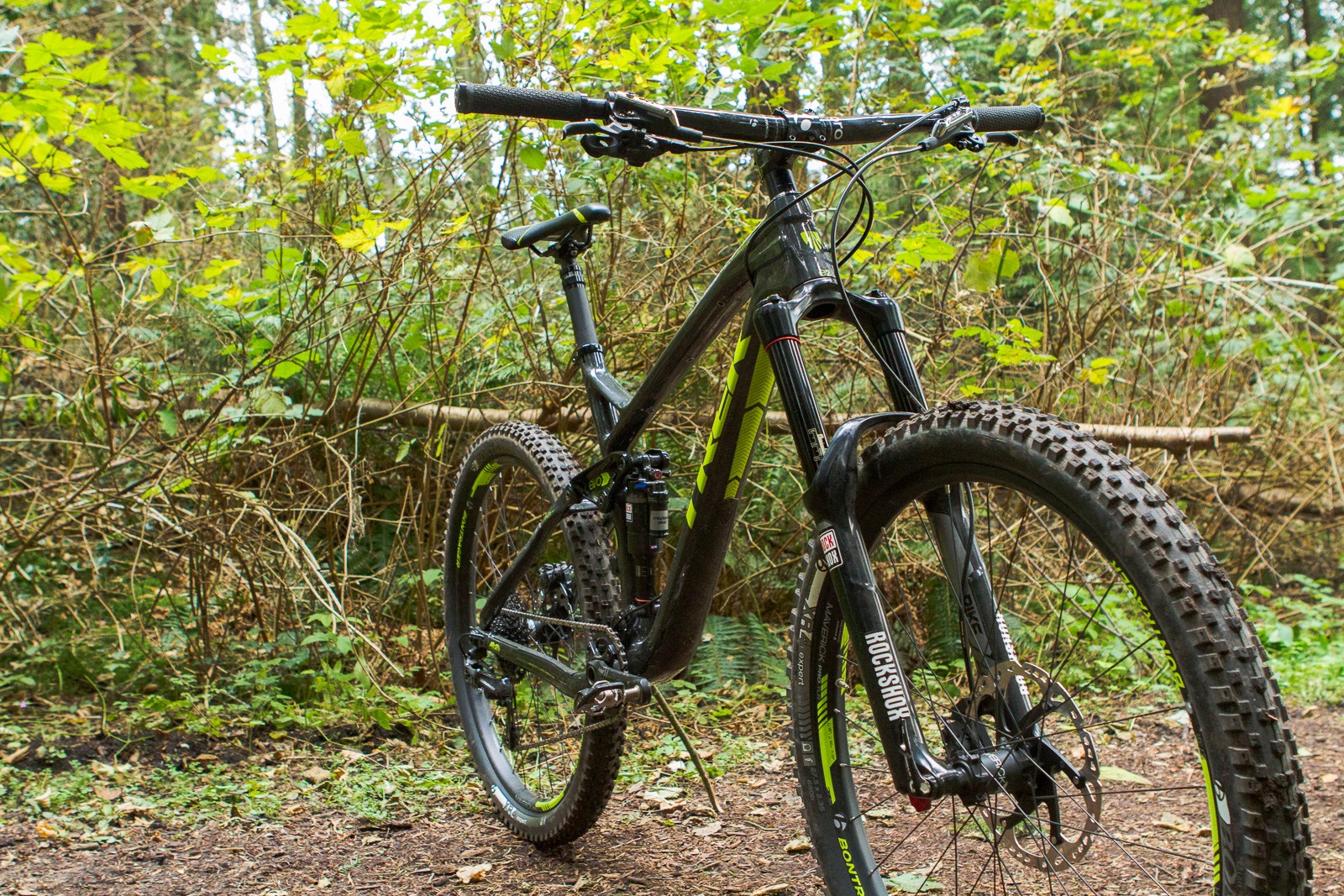 Geometry has changed with input coming from Wildhaber and Shandro resulting in the head angle being slackened a full degree to 65˚ in the low setting. A flip of the seat stay mounted Mino Link will steepen the head angle by 0.6˚ and raise the bottom bracket by 10mm. Based on our PNW terrain I’m going to opt to keep it slack and low. The wheelbase grew by 20mm but Trek managed to decrease the bottom bracket height by 10mm building on the long and low chassis.

Trek had a proven an effective Slash chassis but the decision was made to rebuild it from the ground up – carrying only the name over. Here is the quick and dirty on the all-new Trek Slash 9.8 which will be getting a full and proper shake down over the winter. 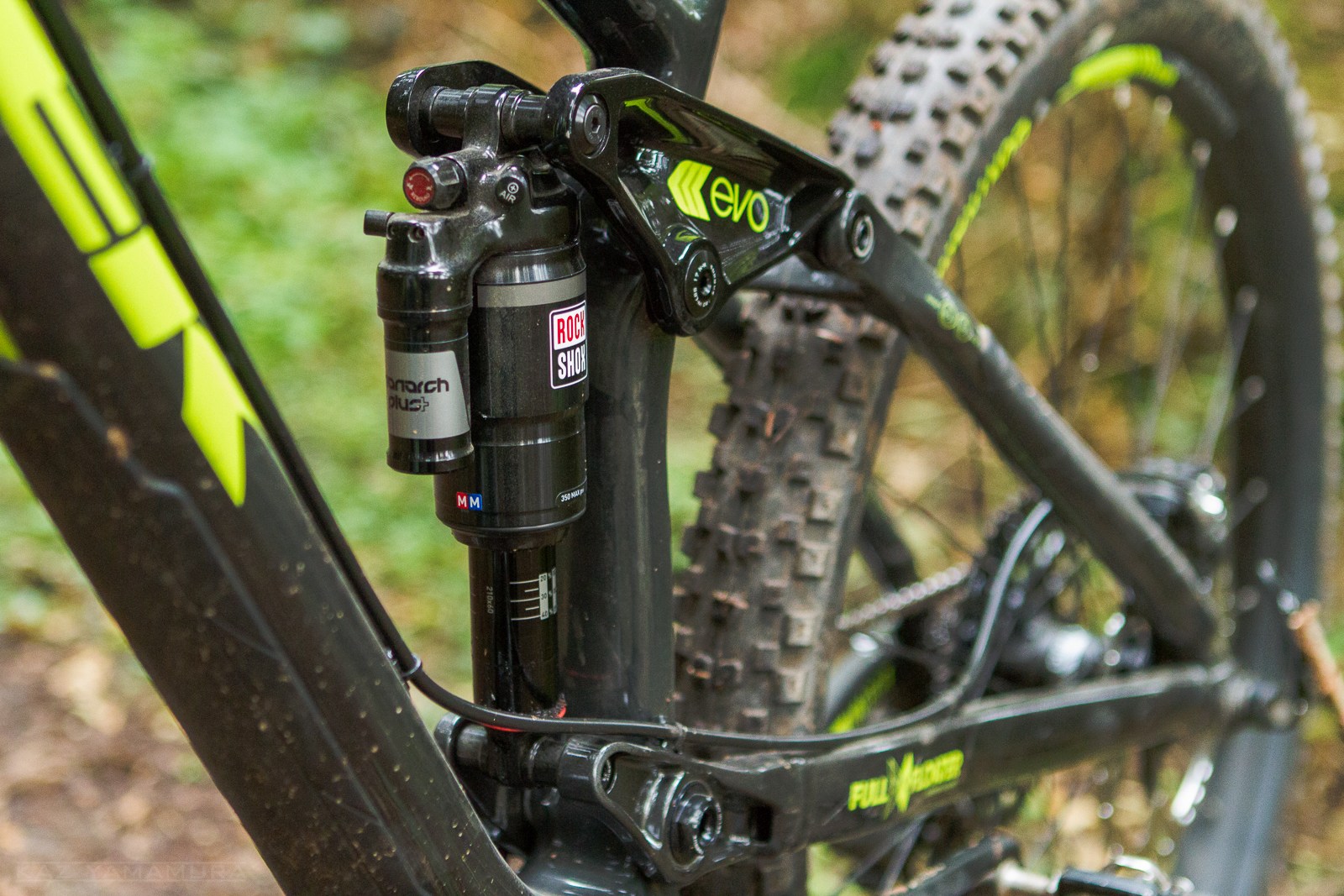 Damping is provided by Rock Shox with a 160mm Pike RC with travel adjust up front and the 160mm of rear wheel travel is suspended by a 8.25 x 2.375 Monarch Plus RC3 DebonAir. The rear shock runs a bit more stroke than most in the category but the big advantage seems to be the massive air canister on the DebonAir. Initial set-up is running a high PSI of 117% of rider weight without a plushness compromise. 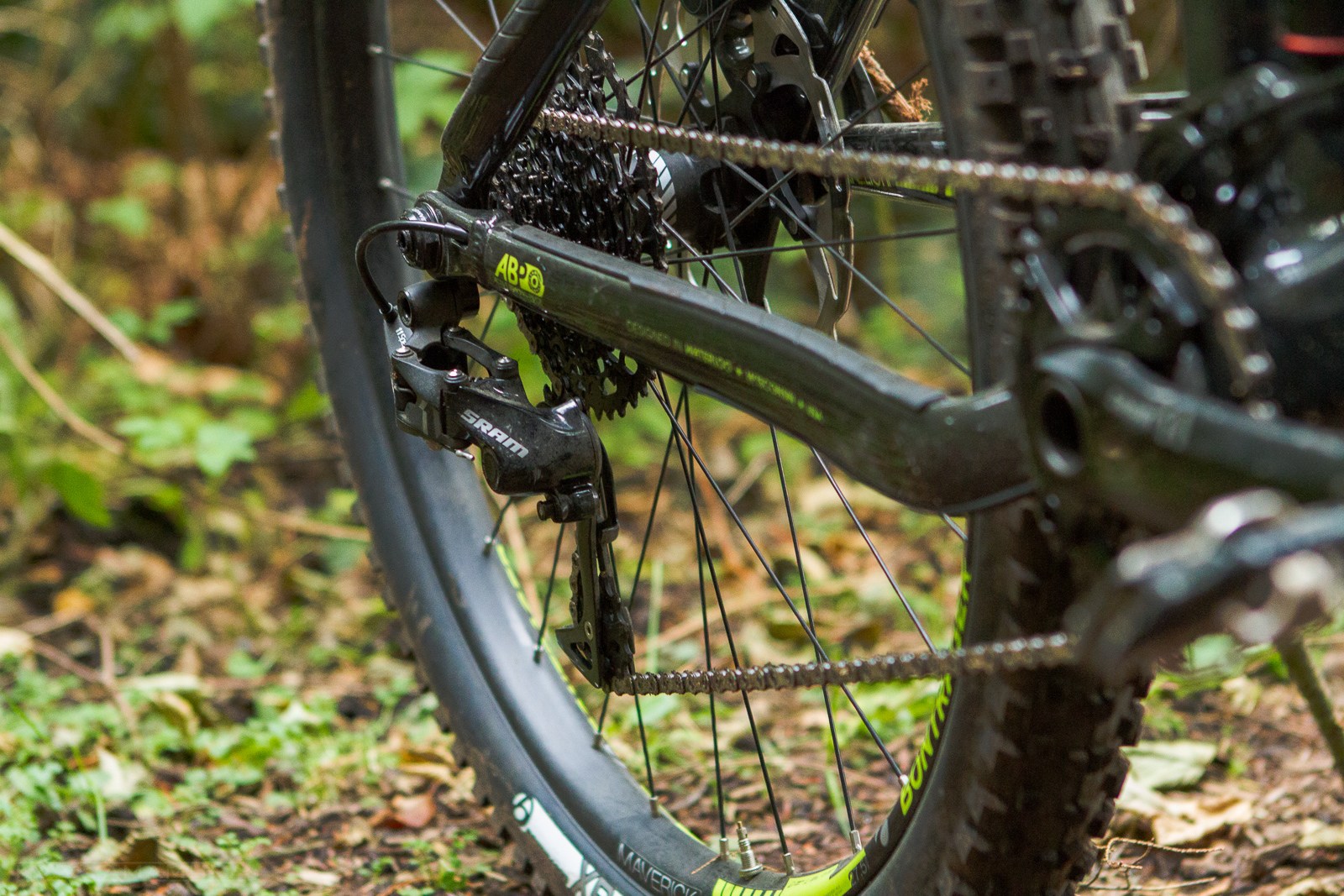 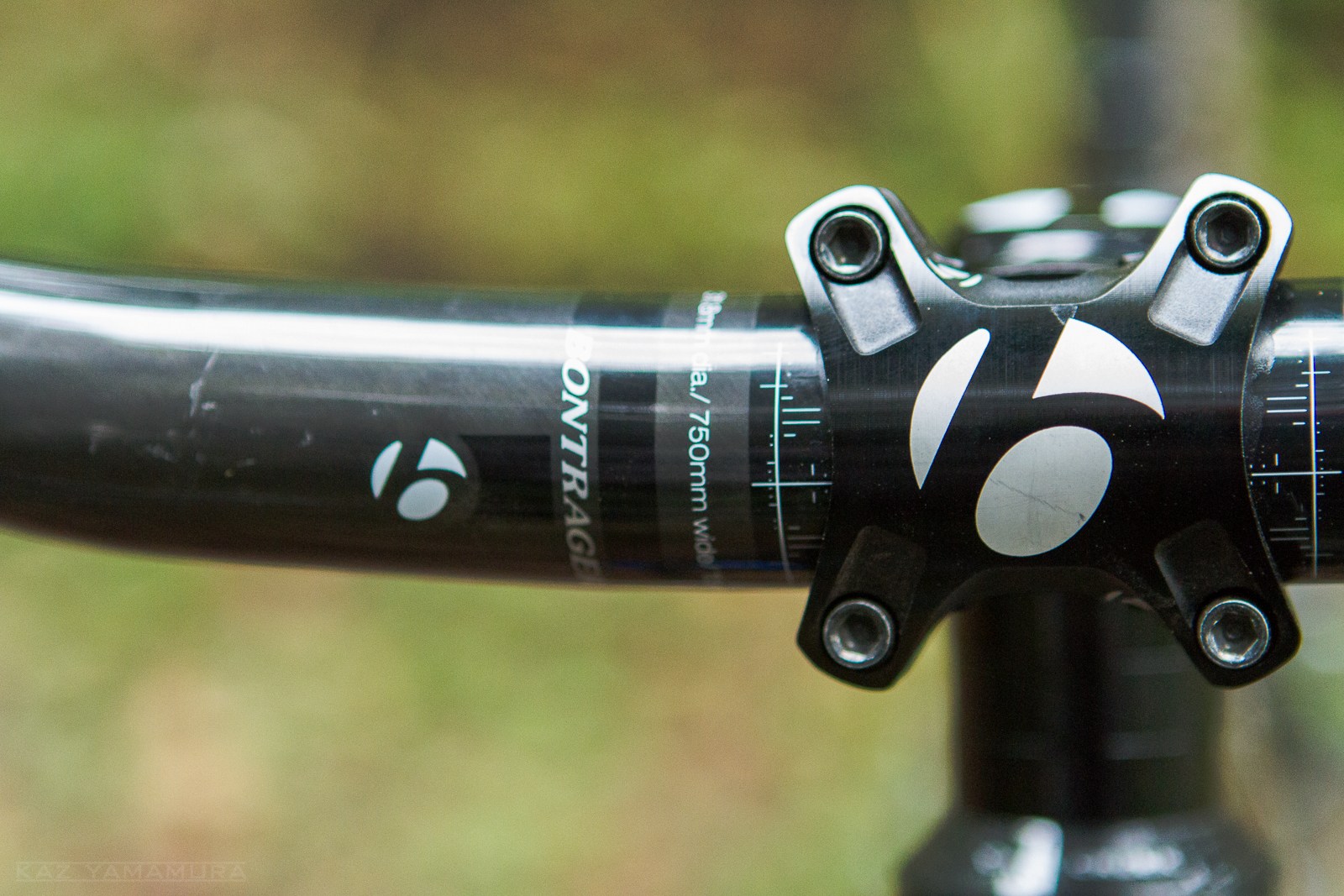 Trek has invested heavily into their Bontrager line of components and although it is a great way to shave cost, many buyers may see these parts as needing upgrades to survive their gravity-fuelled pursuits. The carbon bar has a nice sweep with a 15mm rise and is their widest available at 750mm. but it may not be enough for some. The 60mm stem works for my tall frame and their titanium railed saddle is light but not especially comfortable. 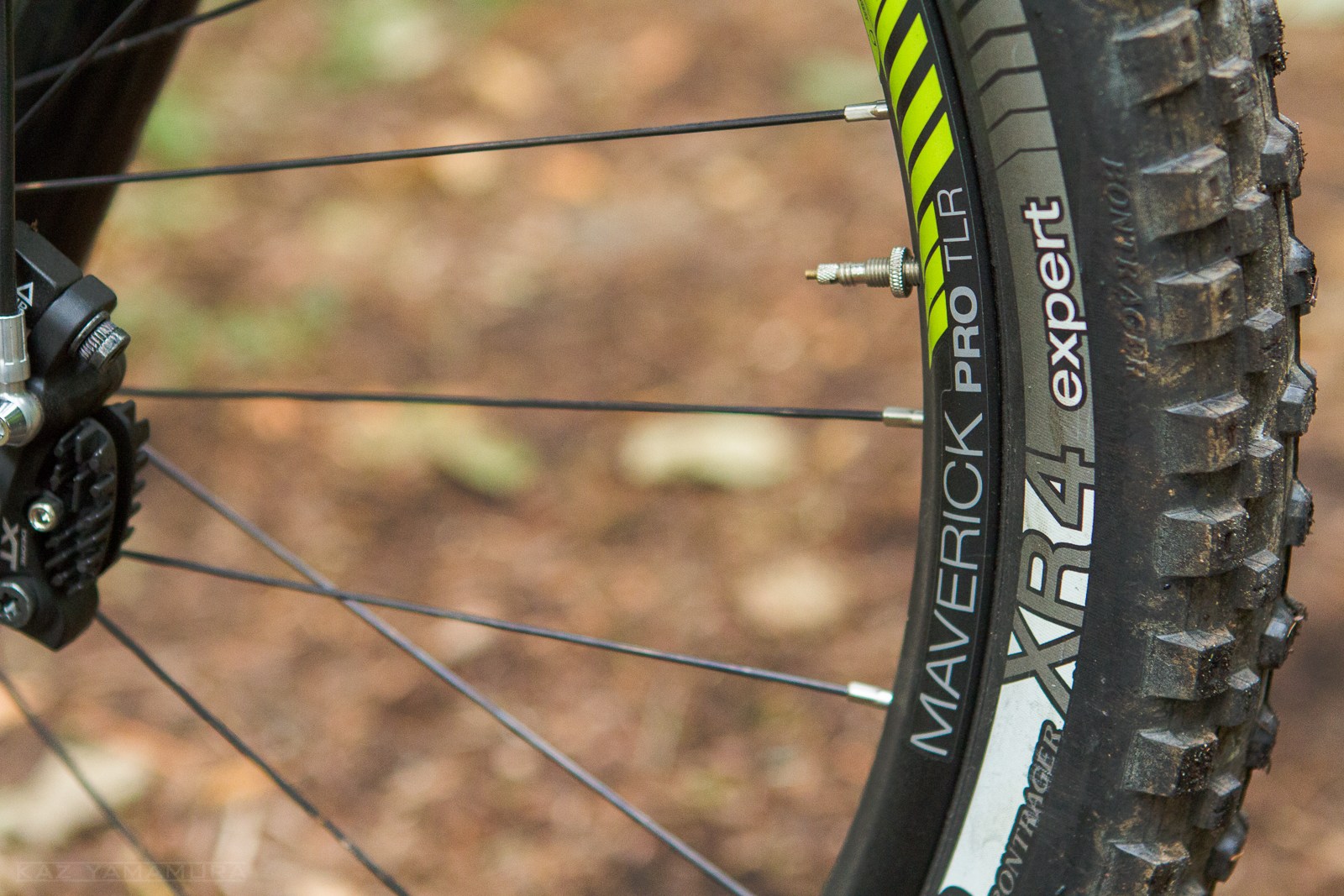 Bontrager’s Maverick Pro wheel boasts a 33mm outer, 28mm internal width that increases the available traction patch. They are laced to the house brand Bontrager Maverick Pro hubs with 15mm front and 142x12mm in the rear. They come in at a healthy 2060grams for the set and look stout, but lets see how they stand up to a good North Shore pounding. 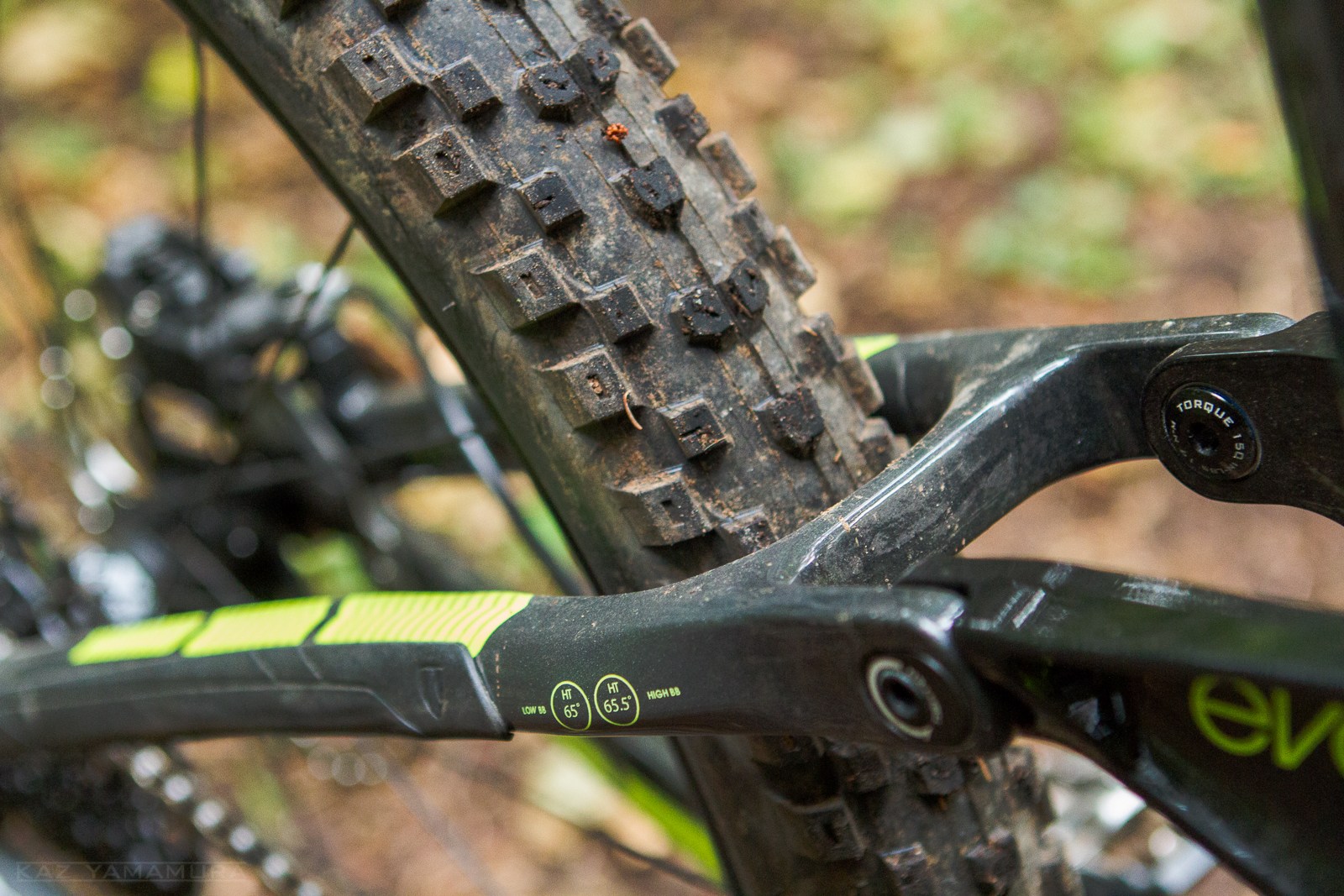 Tires seem to be a place where a lot of bike manufacturers look to shave un-sprung weight and the Slash is no exception. The 2.35 Bontrager XR4 expert tires have a tread pattern similar in profile to Hans Dampf but I’m not sure that they will be aggressive enough to take on the rainy season on the wet coast. 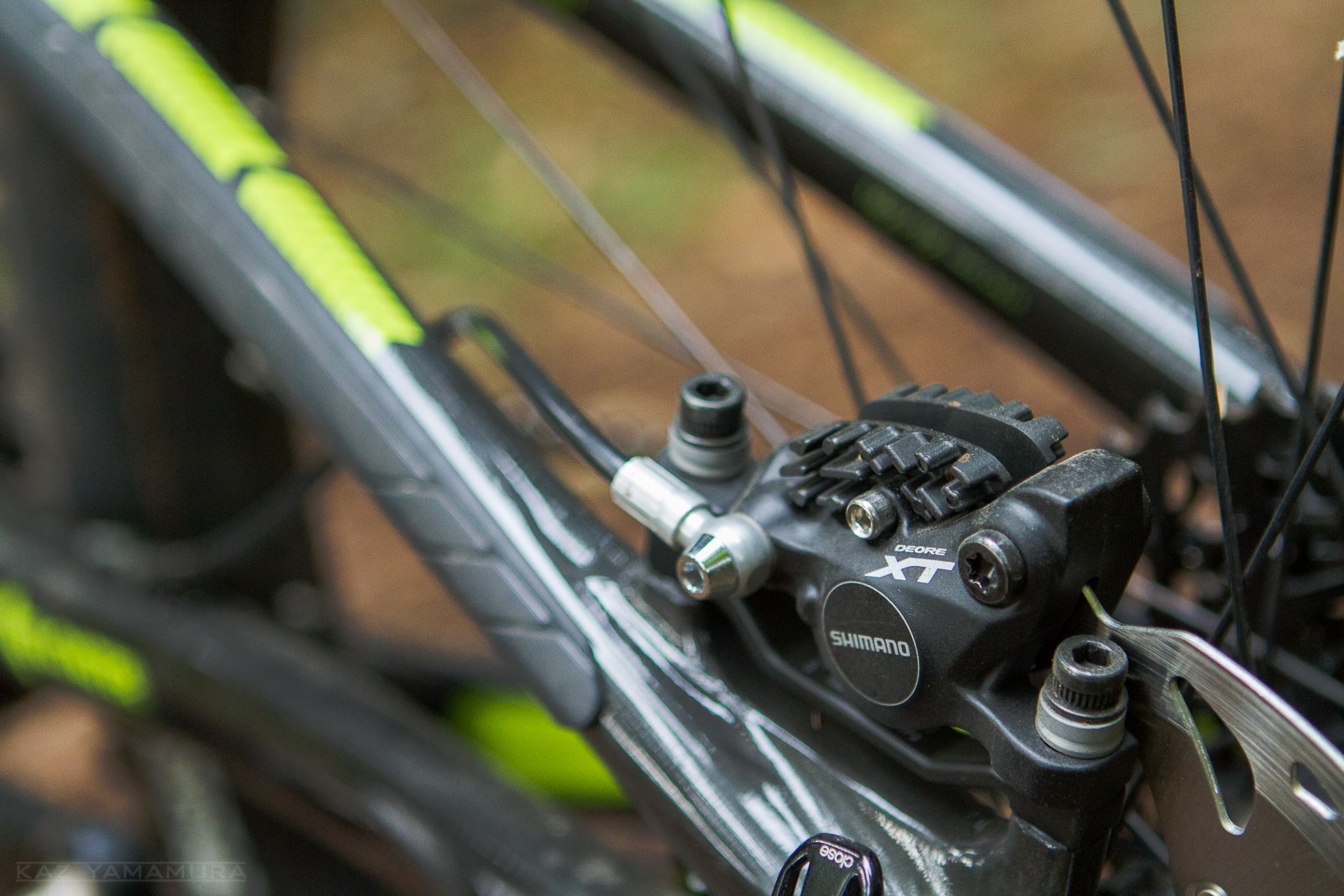 In this rider’s opinion Shimano XT brakes really are the best and most reliable brake on the market today and are a welcome addition to the package.

Aesthetics are pleasing and the Slash 9.8 looks like a trail weapon fresh out of the box. Some of the house brand parts are less eye-catching but I’ll give them a fair shake to see how they perform. Climbing has impressed me early on but descending prowess has really caught my attention . I have a feeling that I’ll be picking the loam from my shit eating grin all winter. After all putting test miles in with Seb Kemp means the feces will be flying.

When is the full review coming for this bad boy?

I want a frame only version of this!

That is a hot looking bike. I did study some of it's geo numbers when building up my fs frame.

looks good for the most part, but the bb's still on the high end for its class