Elite Men
Troy Brosnan has won the Junior World Championships twice but this is his first win at the senior elite level. And he becomes the first rider ever to win his first World Cup race at Fort William. Every previous winner had won at least one race before cracking the code at Fort Bill. Sam Hill managed to prove that he’s back on form, on a course that isn’t ideal for his skill set. Steve Smith surprised many by just missing the podium on his first race back after a long recovery from injury. Danny Hart wowed the crowd with creative lines and a ballsy high speed manual mid course but he had to have been disappointed not to get his first ever World Cup win so close to home. 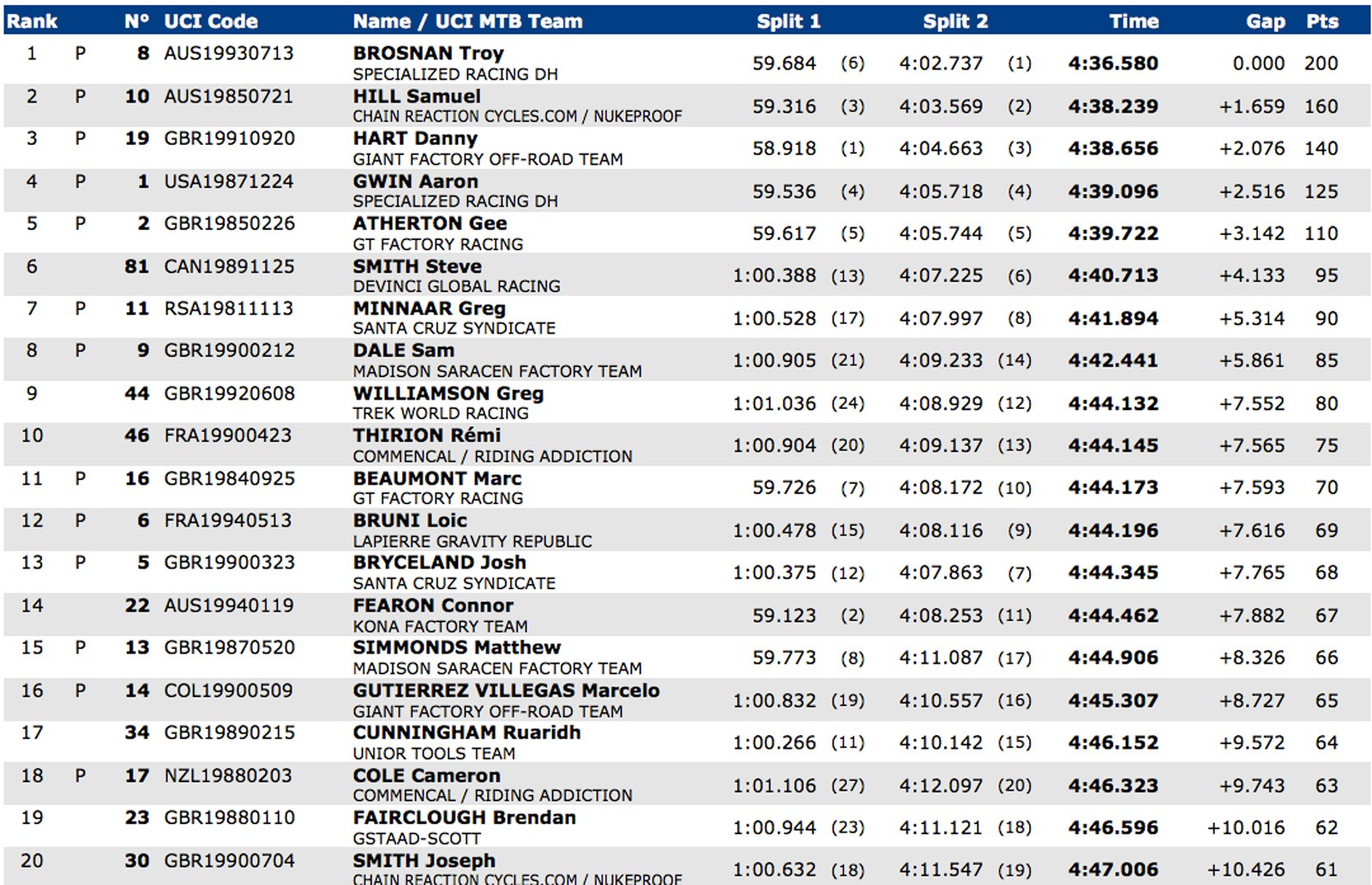 Men’s Elite Overall after three rounds
Aaron Gwin leads the standings after three rounds. He was back on his Demo after racing the first two rounds on a Specialized Enduro. Rumours of a new DH bike from Spesh have been bouncing around but with Troy and Aaron leading the standings the “you can’t win on  a Demo” crowd may need to re-evaluate their position. 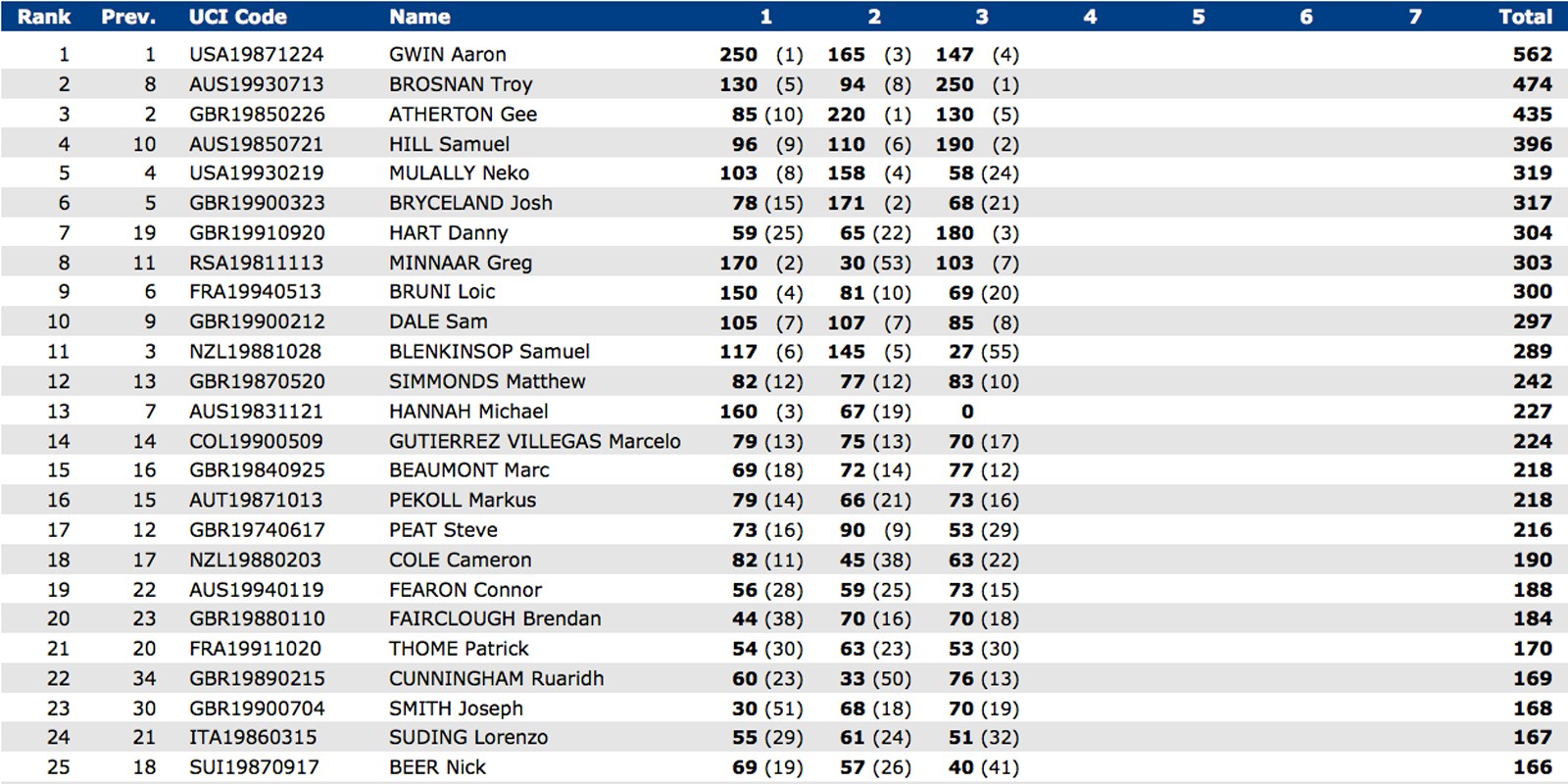 Rachel Atherton’s goal to repeat at the Fort were quashed by a flat while Emmeline Ragot put almost 9 seconds into Myriam Nicole in second place. Canadians Micayla Gatto and Casey Brown were 8th and 9th respectively. 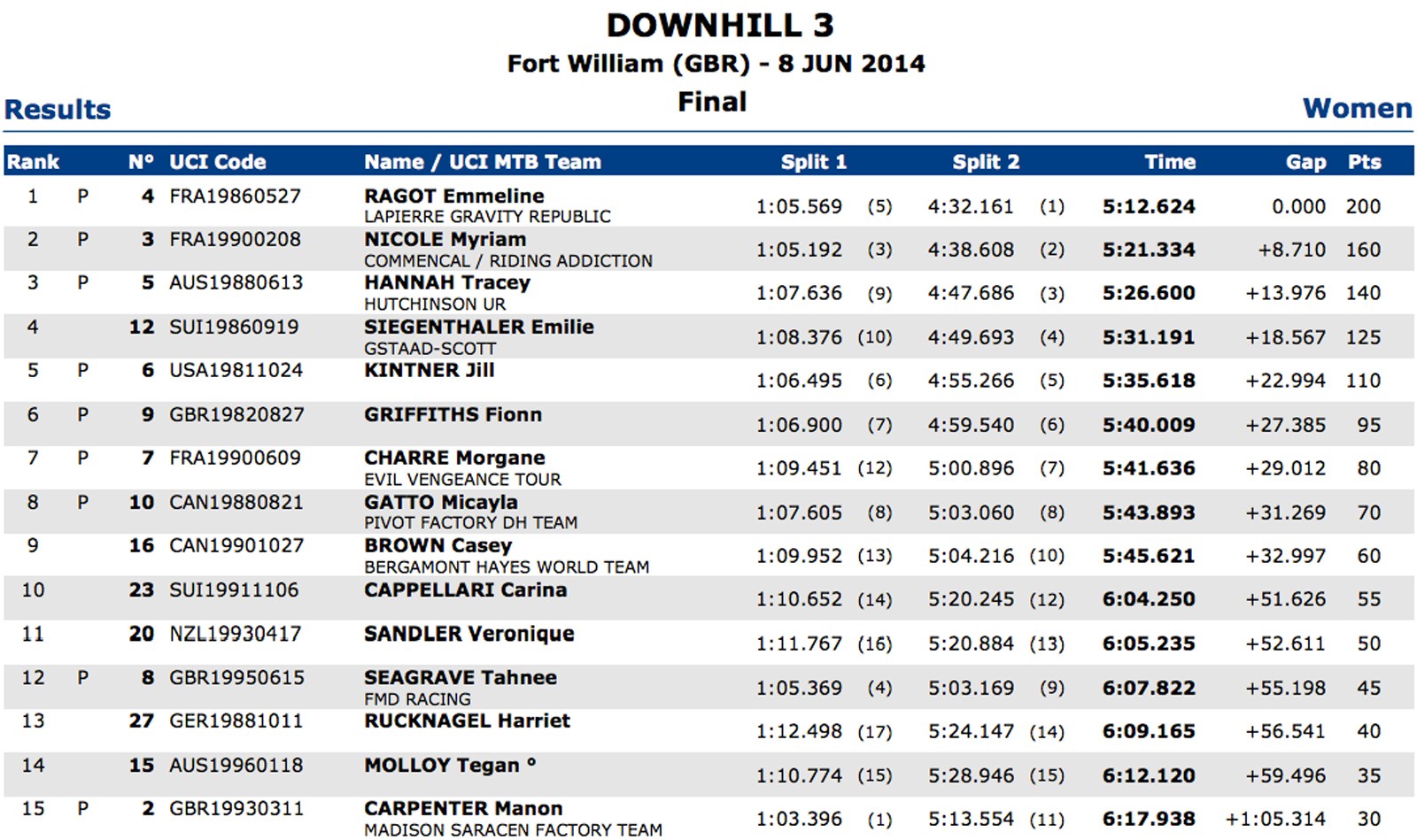 Fast conditions and great crowds made for another great race at Fort Bill. Lay down your predictions for Leogang (next week) below