The Bluegrass FinalEnduro powered by SRAM concluded the season in a suitably dramatic fashion in it's traditional home in Finale Ligure, Italy. Isabeau Courdurier (Intense-Mavic Collective) won the first two stages of the day, but even that wasn't enough to halt the irrepressible Ravanel (Commencal Vallnord Enduro Racing Team), who made up enough time on the last two stages of the day to clinch the win. Courdurier was pushed back to second and Andreane Lanthier Nadeau (Rocky Mountain/Race Face Enduro Team) took third. 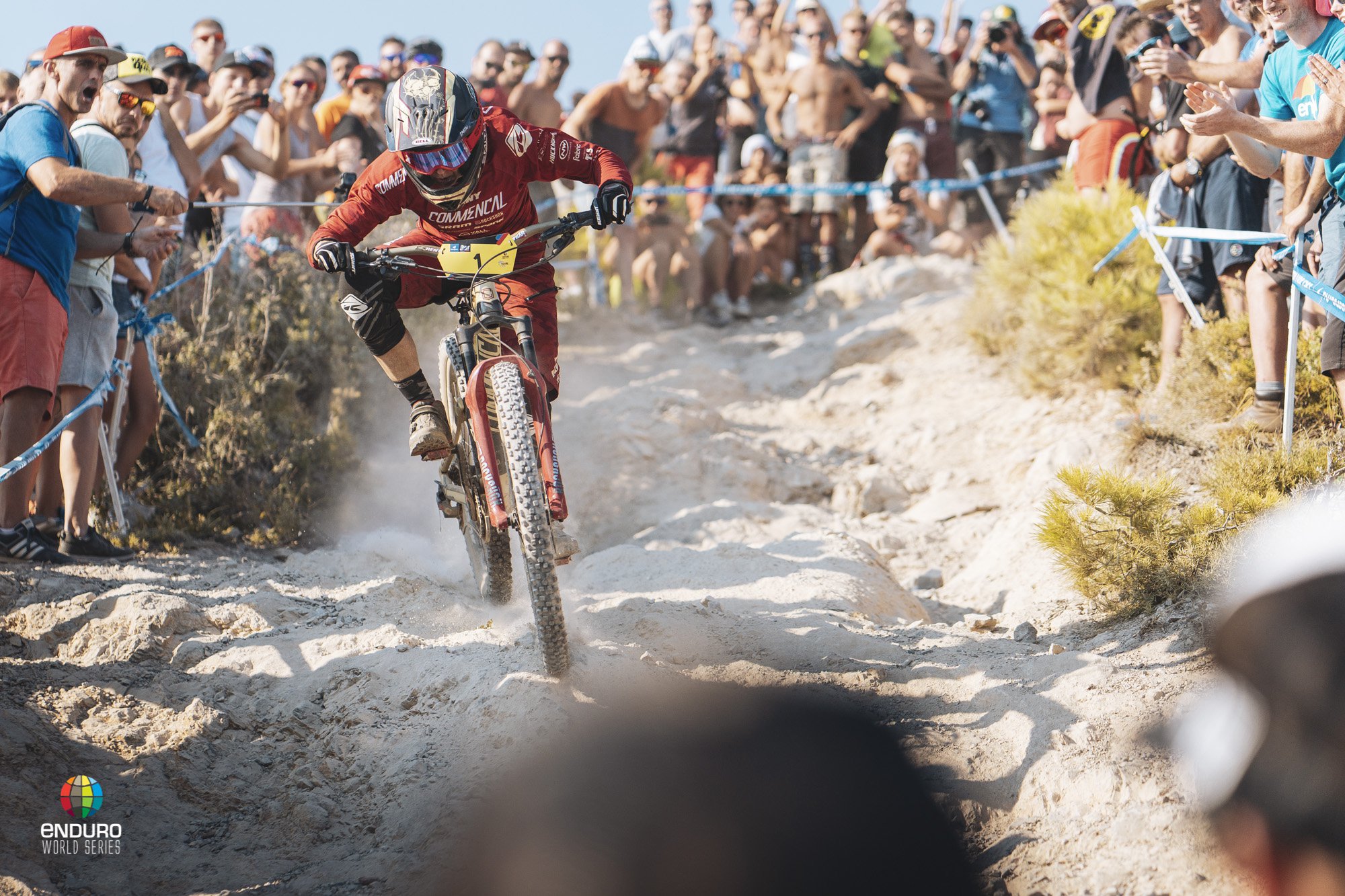 Ravanel's win sealed her third back to back Enduro World Champion title, although it was never really in doubt after winning all eight races this year. Isabeau Courdurier finishes the season in second place and Katy Winton (Trek Factory Racing) retained her third place. 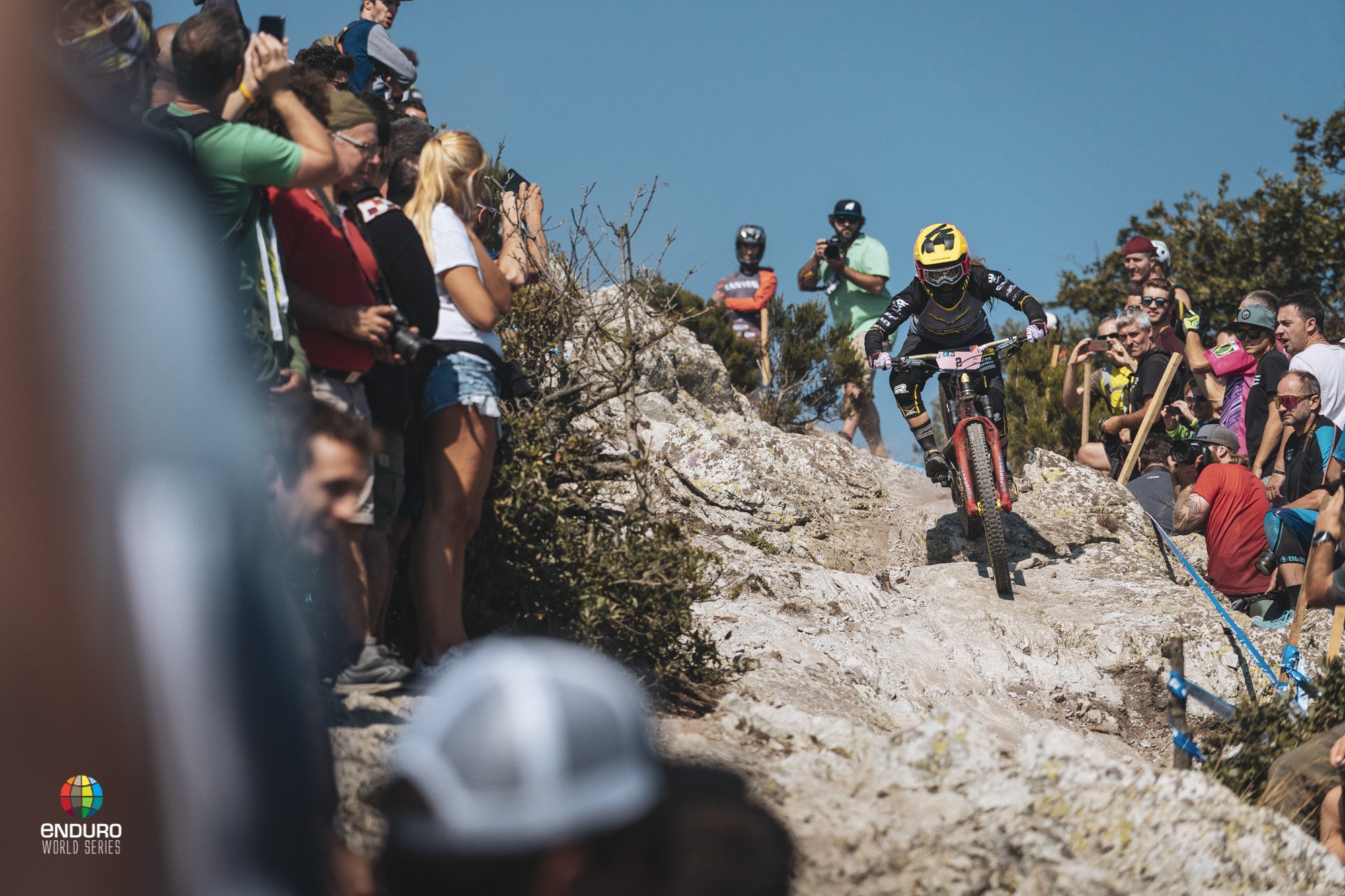 In the men's race Richie Rude (Yeti/Fox Shox Factory Race Team) achieved a new landmark - the first man to win every stage in an EWS race. He took the win convincingly, with Damien Oton (Unior Devinci Factory Racing) in second and Kevin Miquel (SUNN) achieving a career best third place. Martin Maes (GT Factory Racing) had been a hot favourite, but he clipped a tree on stage two and a hand injury ruled him out of contention. 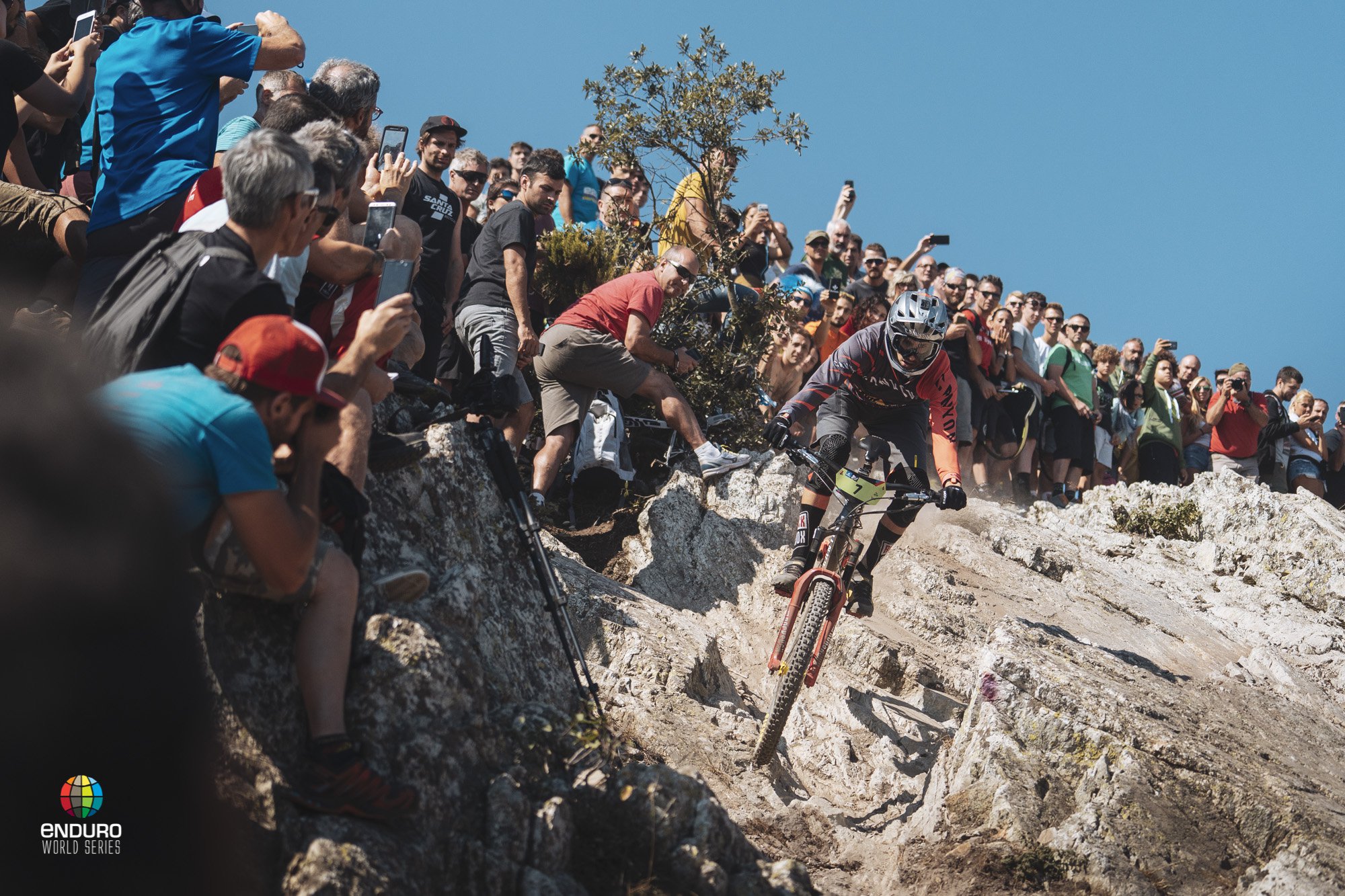 Series leader Sam Hill (Chain Reaction Cycles Mavic) played it safe all day, and cruised home to ninth place, which was all that needed for him to take the Enduro World Champion title for a second time. Damien Oton's consistency landed him in second in the overall rankings, with Florian Nicolai (Canyon Factory Enduro Team) in third. 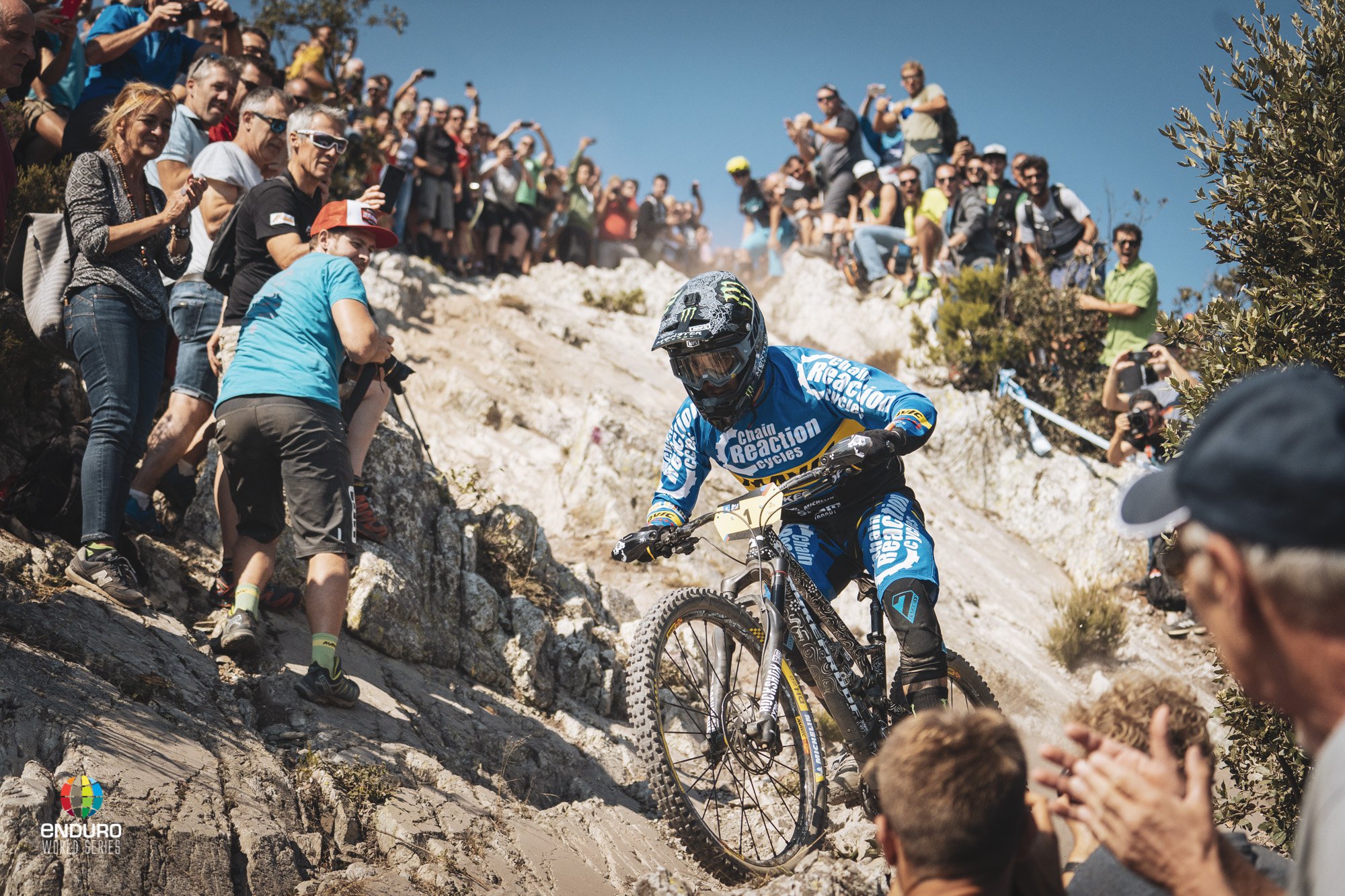 In the U21 Men, Elliott Heap (Chain Reaction Cycles Mavic) took the race win and clinched the overall title in the process. Ella Conolly managed the same in the U21 Women, and finishes her season with an incredible eight out of eight wins and the World Champion title.

Martino Fruet may have won the Master Men's race, but no-one could prevent Karim Amour (Miranda Racing Team) from winning the series title for the second time. In the Master Women it was Louise Pauline who took the win on the day, however it's New Zealand's Melissa Newell who is the Master World Champion after her strong season.

Rocky Mountain/Race Face Enduro Team were awarded Team of the Day, but it's Canyon Factory Enduro Team who lifted the Team World Champion Award in the famous Finale Piazza. 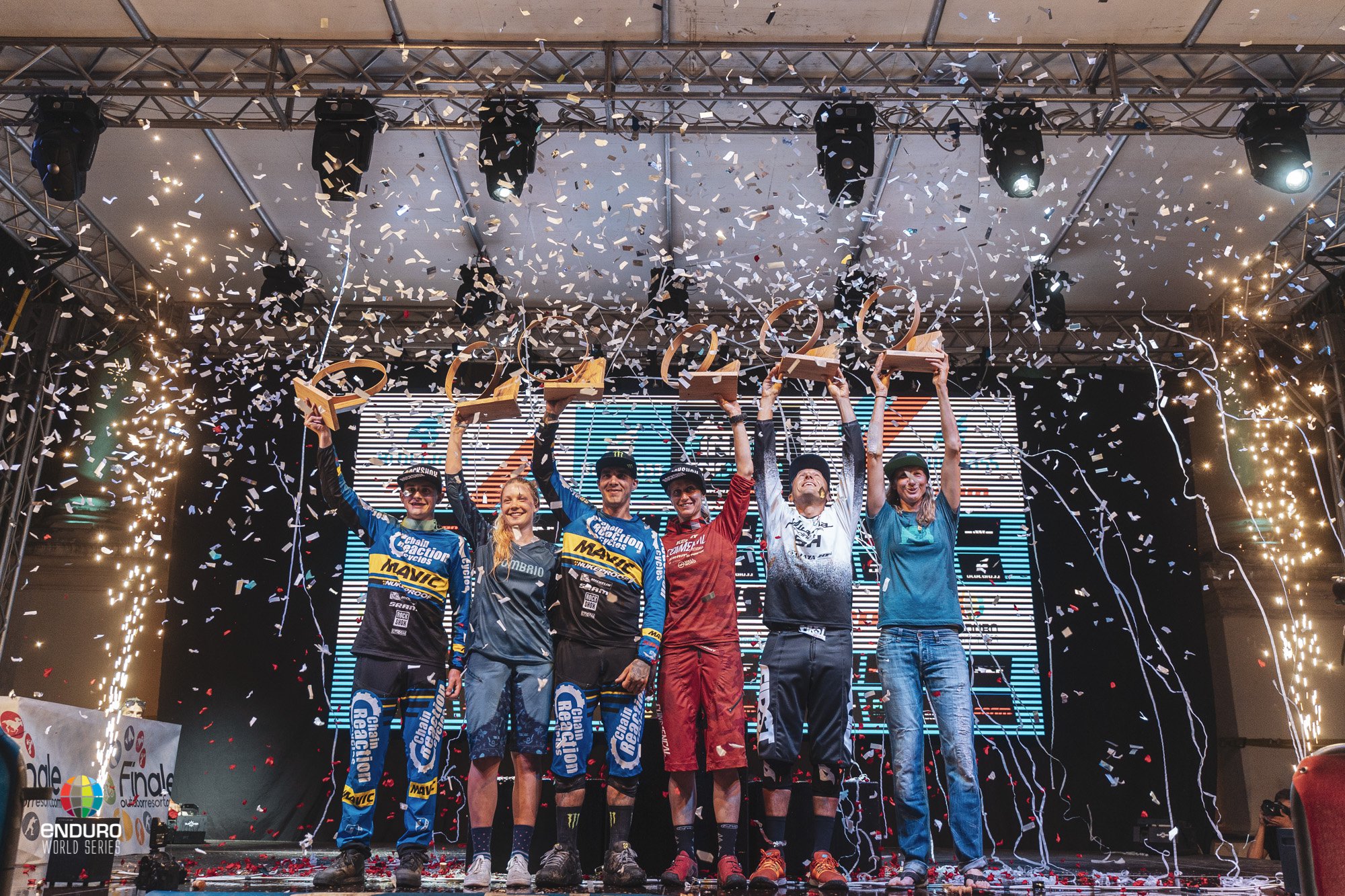 Part of the Flow Festival, it was the sixth time the EWS has finished the season in Finale.

Chris Ball, Managing Director of the Enduro World Series, said: "What an amazing finish to the season. Finale always delivers and this year was no different, the trails, the fans, the racing, the weather, it all came together perfectly to produce a great last race of the season. I want to say a huge thank you to everyone who has supported the series and we're looking forward to 2019 already - and of course being back in Finale for the all new Trophy of Nations."