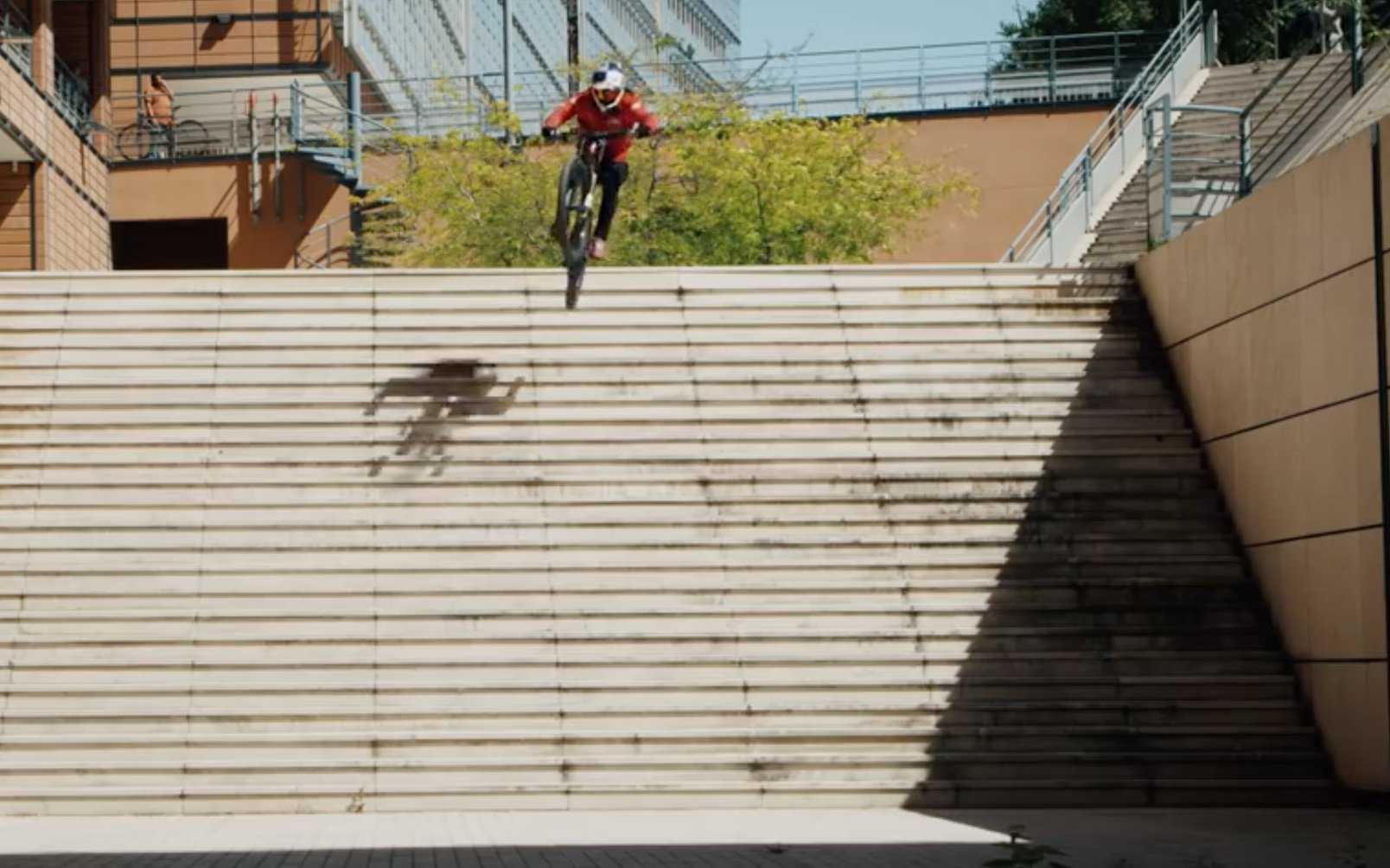 Many of us used to do much of our riding in an urban environment. Not riding street however; we rode urban. Drops to flat off loading docks, riding curbs and stairs - and of course stair gaps. Fabio shows his pedigree yet again but taking this to the next level on a DH bike. All filmed in the ancestral home of urban riding; Paris. Okay - it was filmed in Paris, but I had no idea there was so much good stuff to ride in the relatively flat French capital.

Fabio Wibmer Has a Death Wish