What a day of racing here in Valberg! Stage two was cancelled due to weather concerns, but today’s three stages served up more than enough drama. It’s two legends that lead the men’s race – Sam Hill (Chain Reaction Cycles Paypal) is just 1.57 seconds ahead of second placed Nico Vouilloz (Lapierre Gravity Republic). Meanwhile they are being chased down by young Canadian Jesse Melamed (Rocky Mountain urge bp) who is in third place and is 7.15 seconds behind. 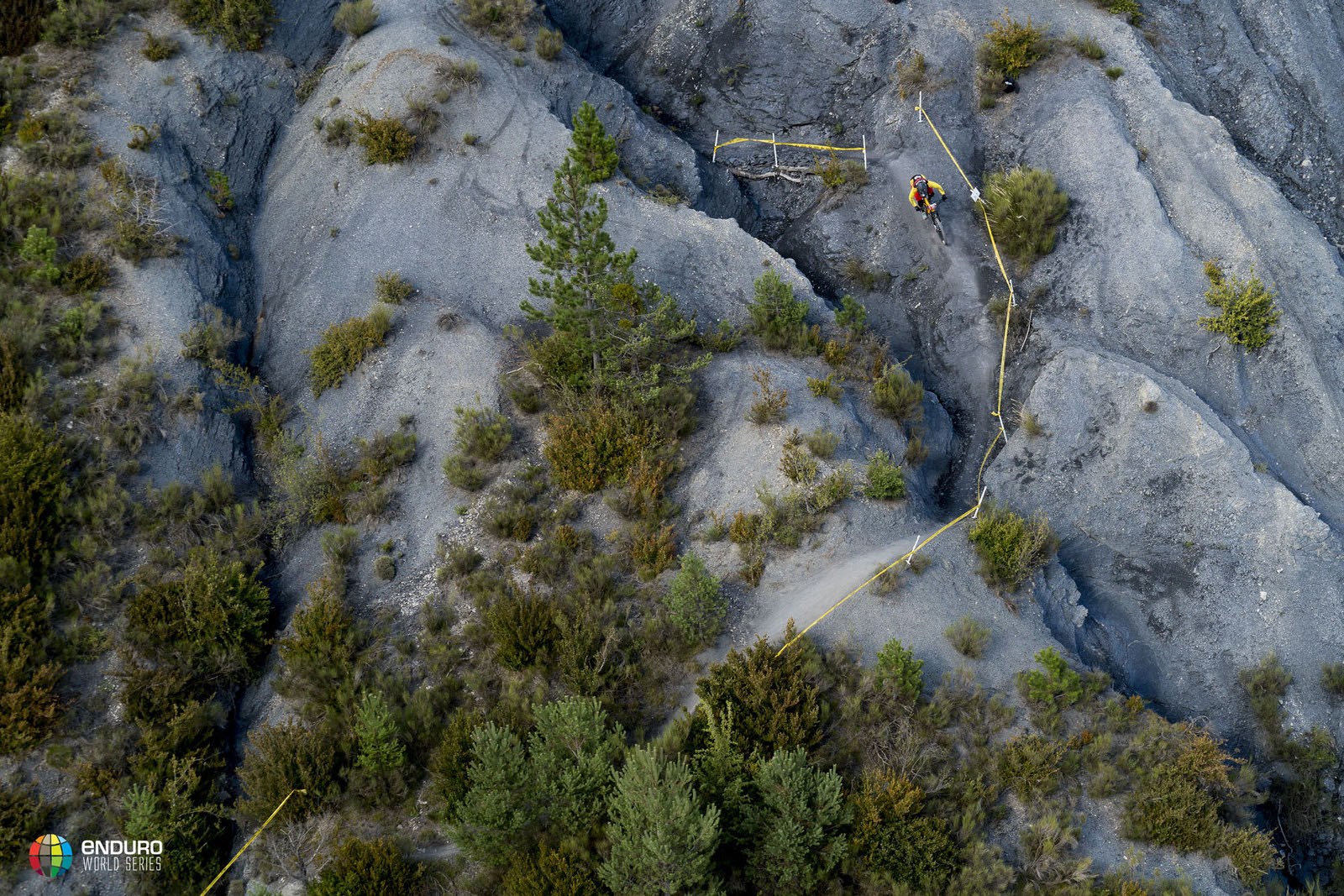 Damian Oton finds his way through the undulating grey earth. 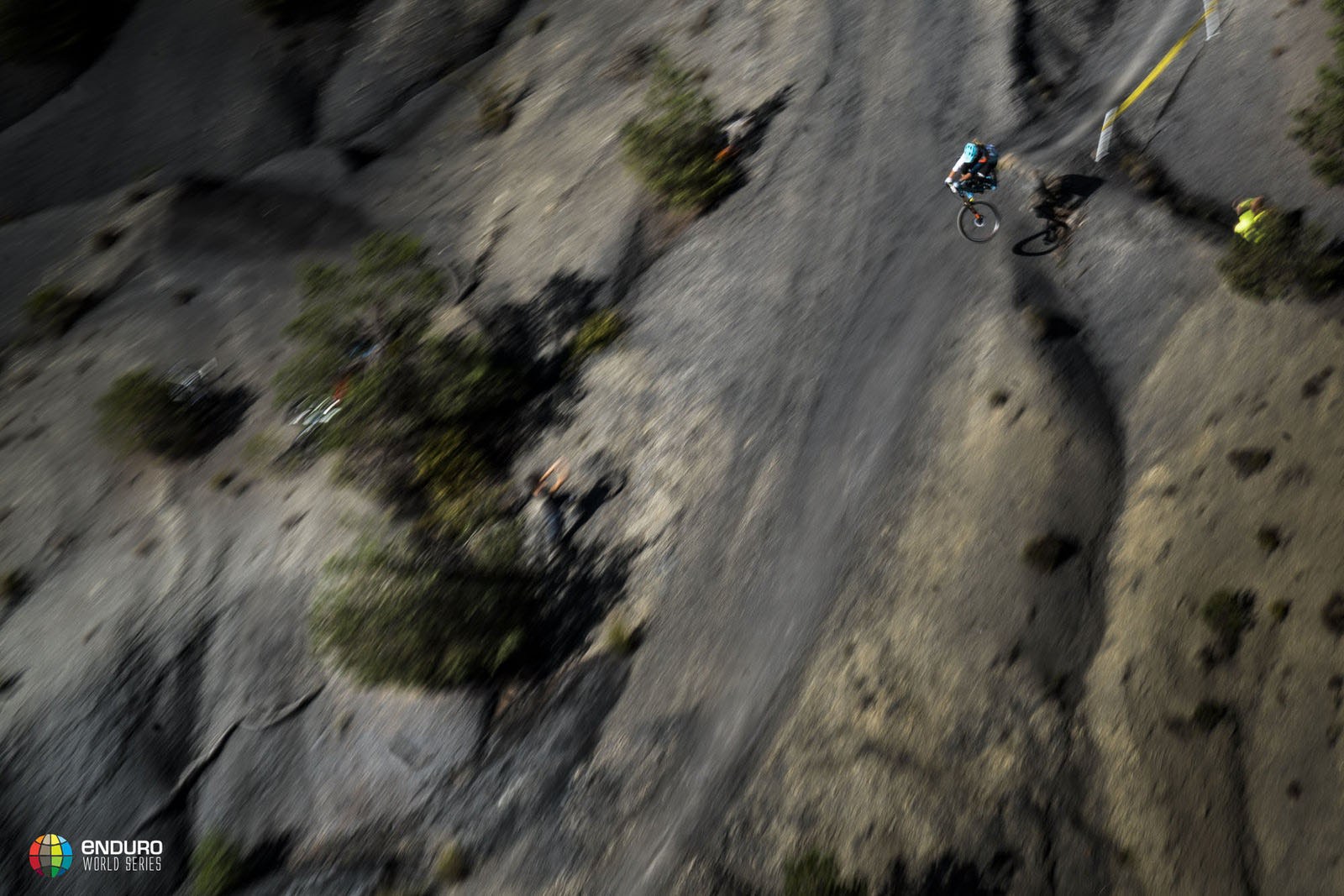 Adrien Dailly (Lapierre Gravity Republic) leads the U21 Men by 21.21 seconds, whilst Julie Duvert is ahead in the U21 Women by an impressive 16.70 seconds and Karim Amour is smashing the Master’s category by 1:12 minutes. 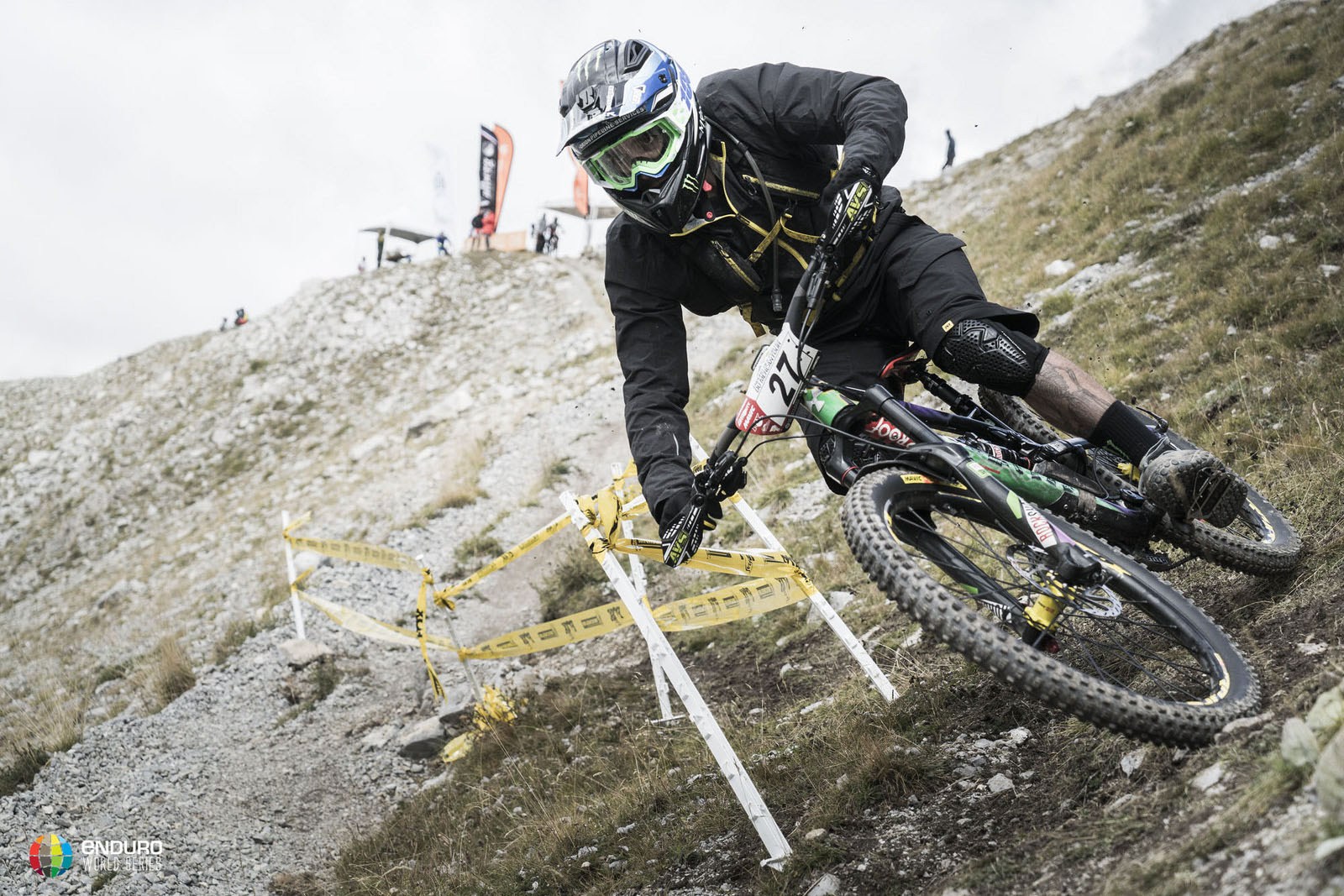 Sam Hill, the people’s favourite from downhill leads after day 1. There are many people out there who would love to see the aussie take it tomorrow.

However, there are still four stages to go tomorrow and so it’s all still to play for! To find out who will win the penultimate race of the 2016 season then tune into enduroworldseries.com from 9.15am CET tomorrow (Sunday). 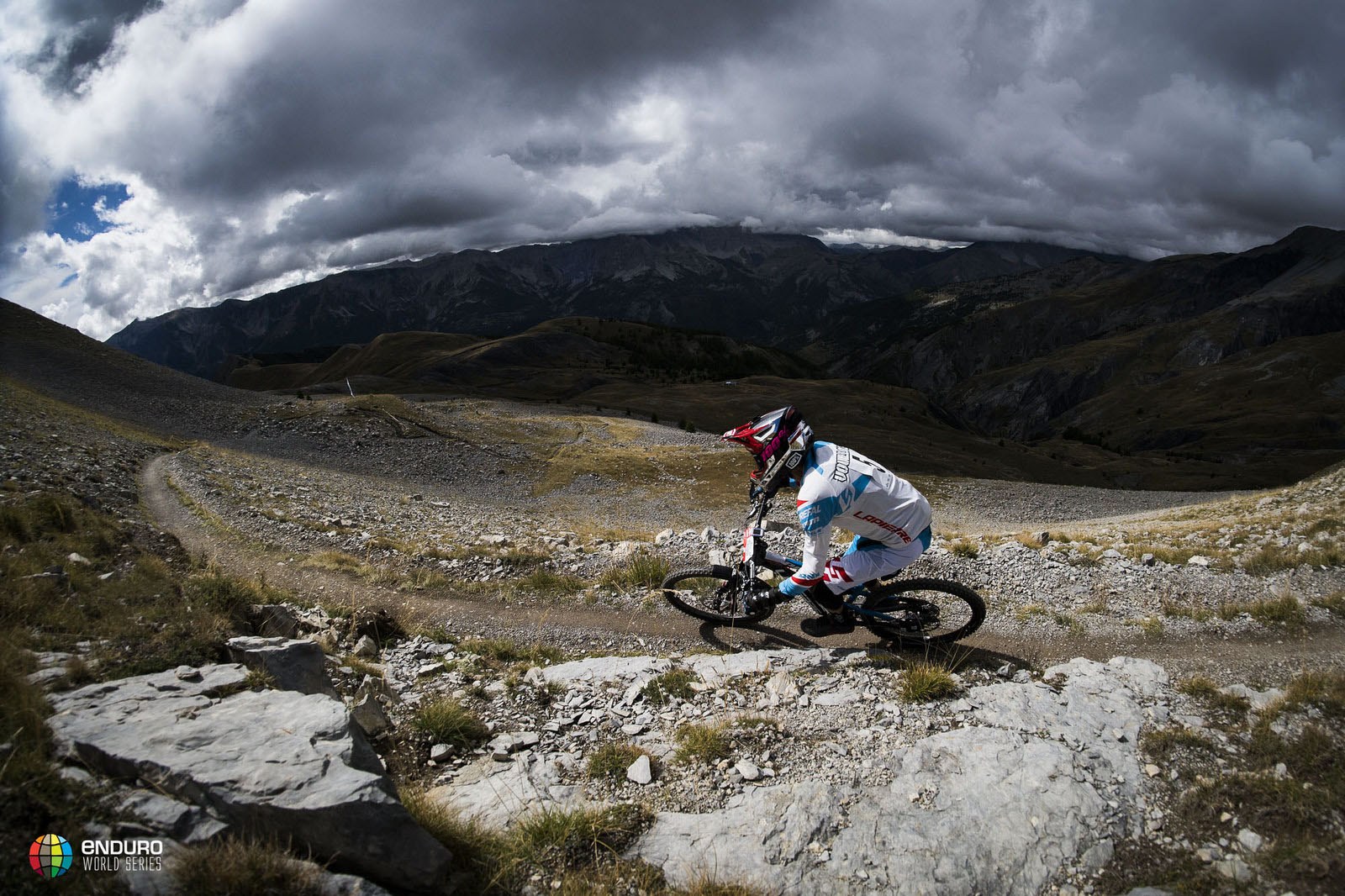 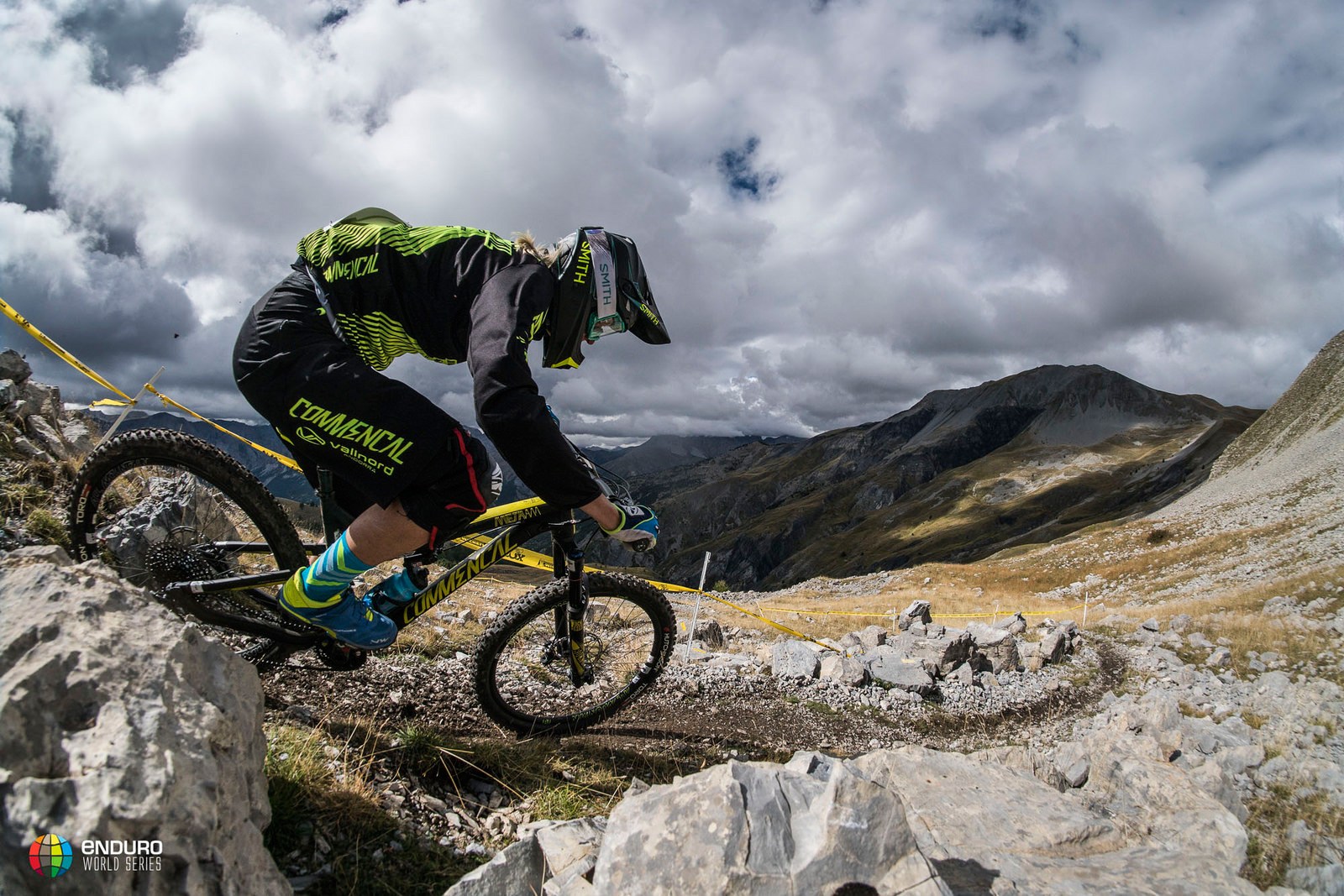 Cecile Ravanel attacked hard on the 2nd and 3rd stage of the day, here she has 1100m of descent ahead of her over which she managed to reclaim the lead from Isabeau 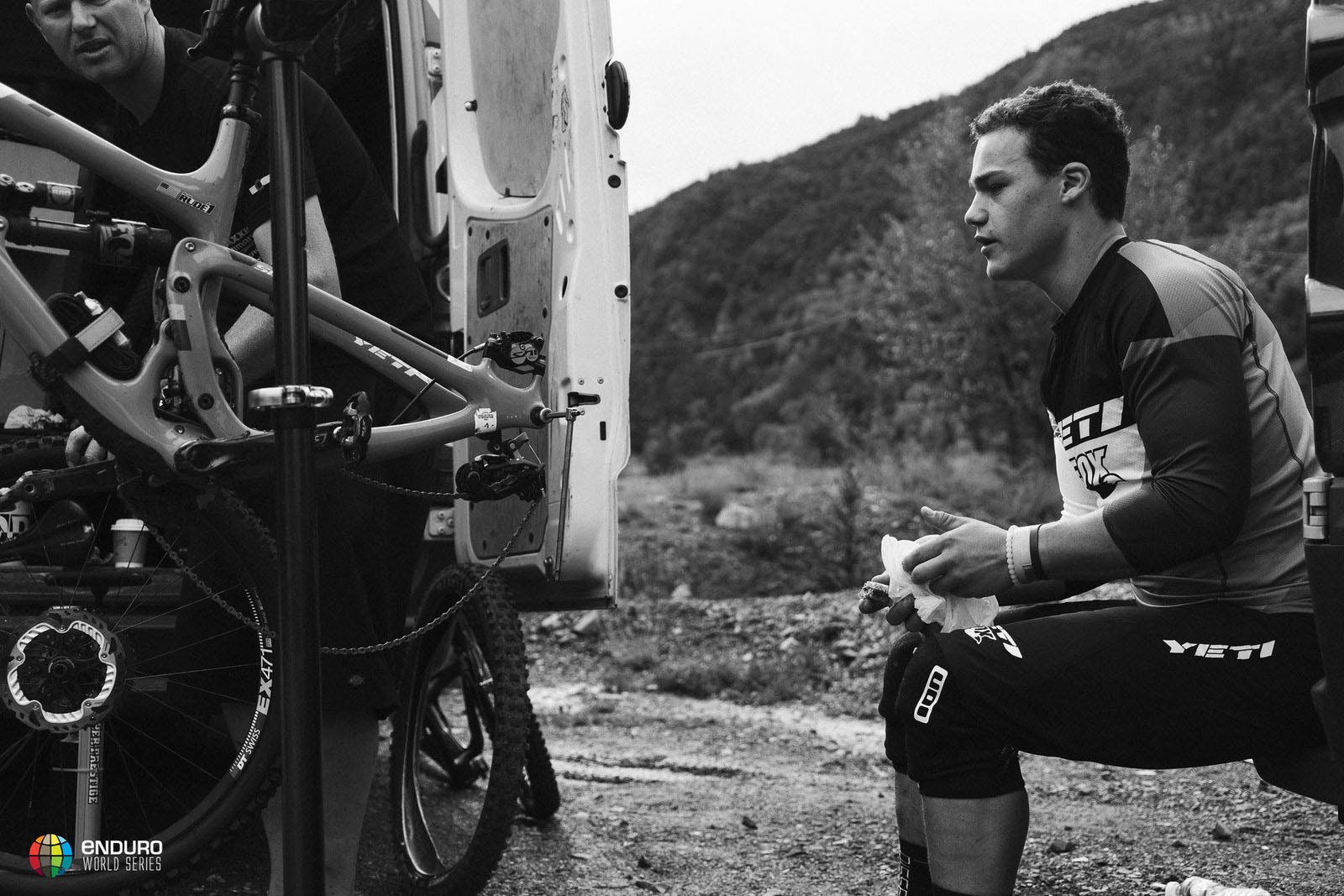 Richie Rude had a tough second stage where he was 17th, leaving him in 8th overall. Unfamiliar territory for the series leader. 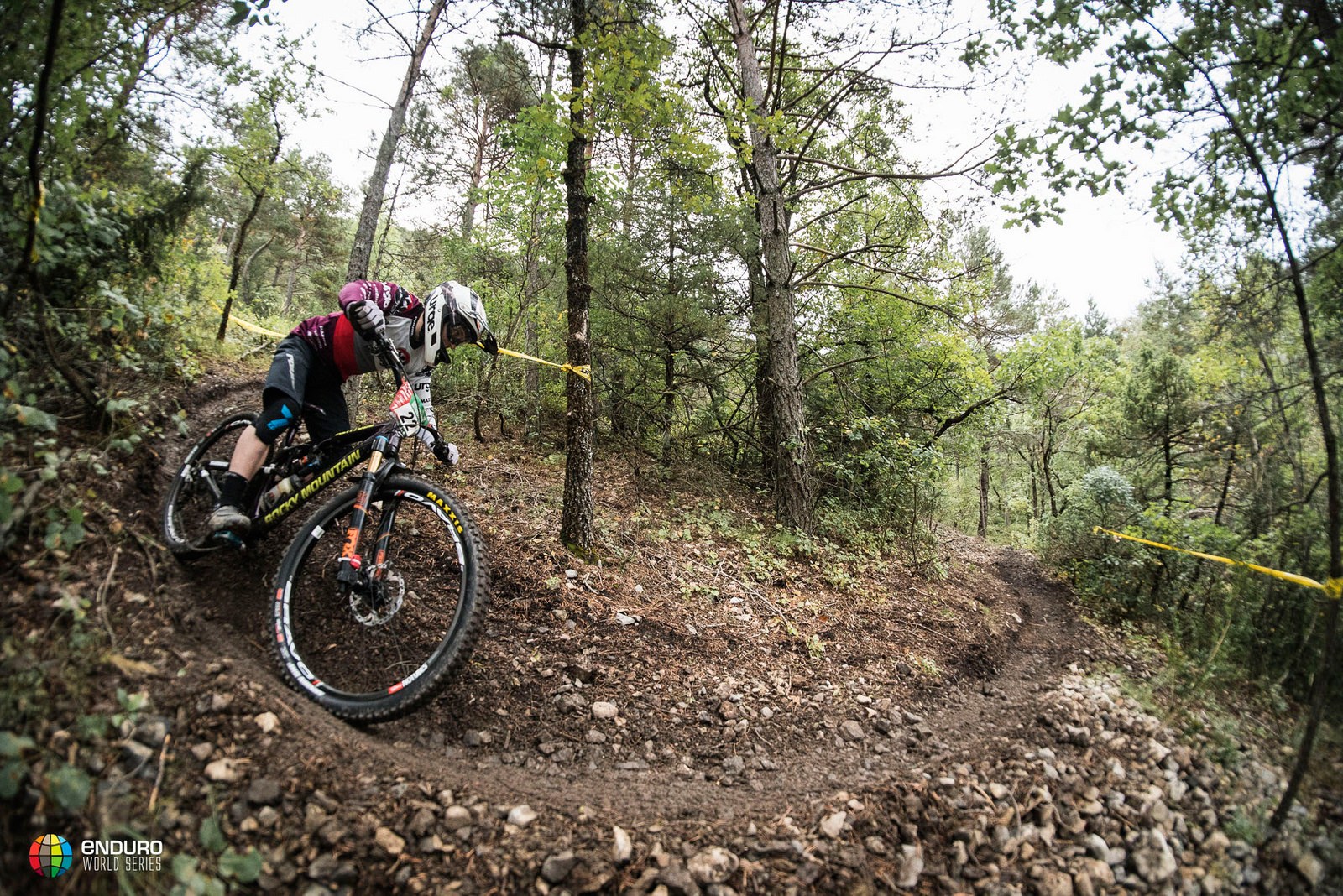 Jesse Melamed has to be pinching himself to be so close behind two of the greats of mountain biking.

It would be amazing to see Sam Hill win. And even better for Canadians to see Jesse take it!