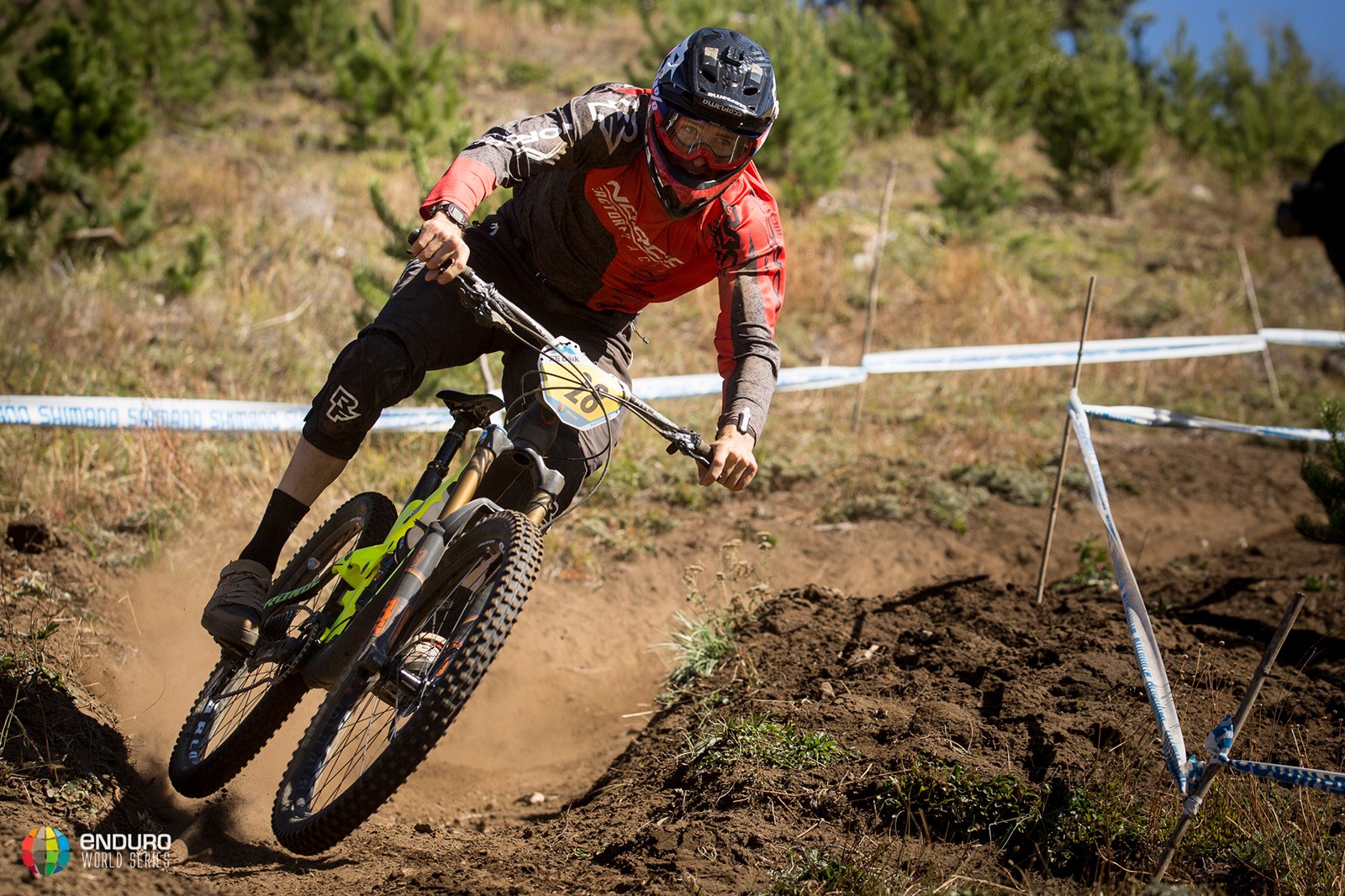 Cecile Ravanel (Commencal Vallnord Enduro) and Richie Rude (Yeti/Fox Shox) finished the day as they started – leaders of the race. After six long, dusty stages over two days of racing, the pair made it back to back wins after their success in Chile last weekend. 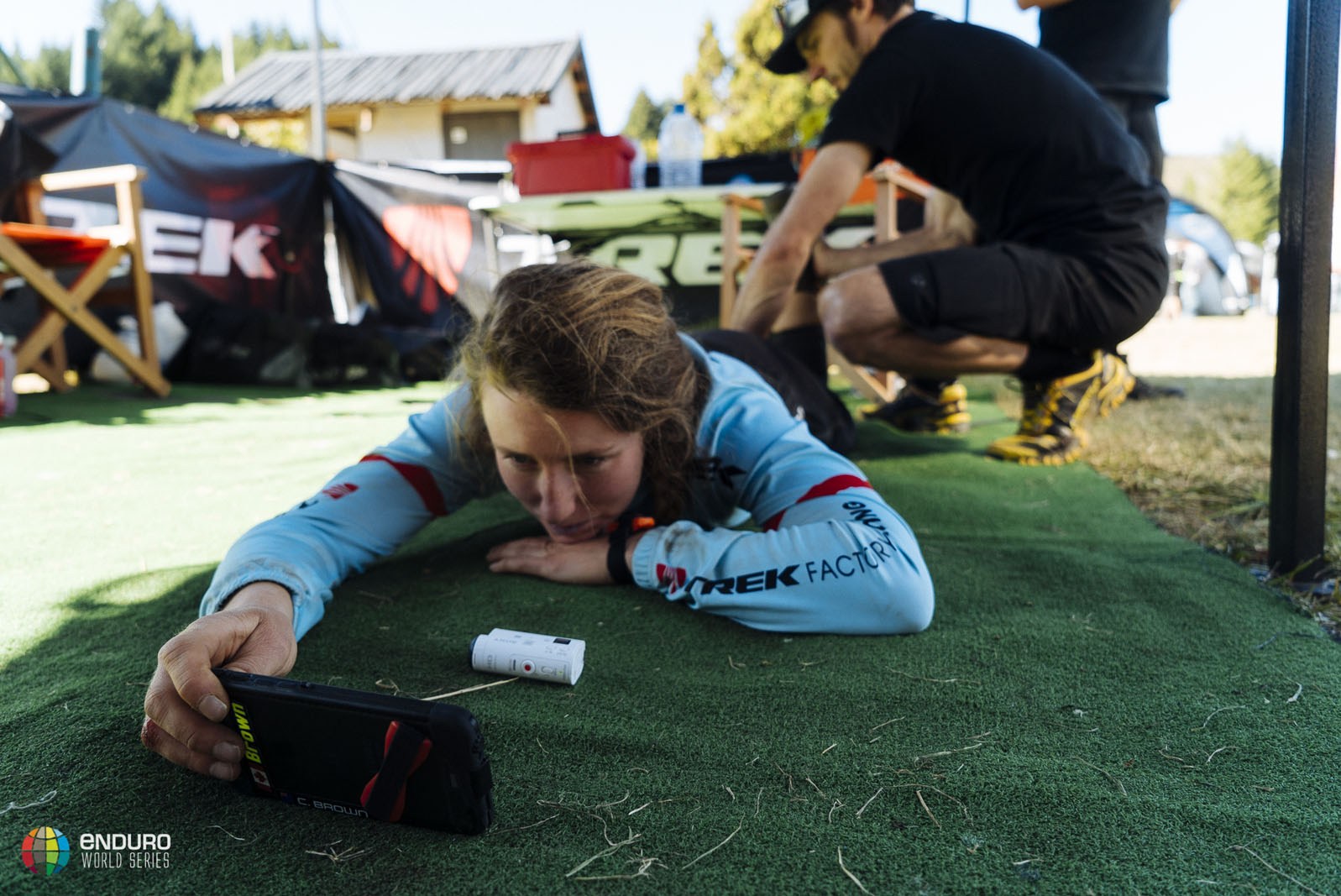 Casey Brown rewatching her footage of stage 6 before dropping in

In the men’s race Martin Maes (GT Factory Racing) pushed Rude all the way, but three stage wins for Rude left him seven seconds ahead and forced Maes to settle for second place. Sam Blenkinsop stormed his way to third place after winning stages four and six. We may only be two races in, but it seems clear the battle lines have been drawn between Rude and Maes – Martin is chasing Richie down on every stage. 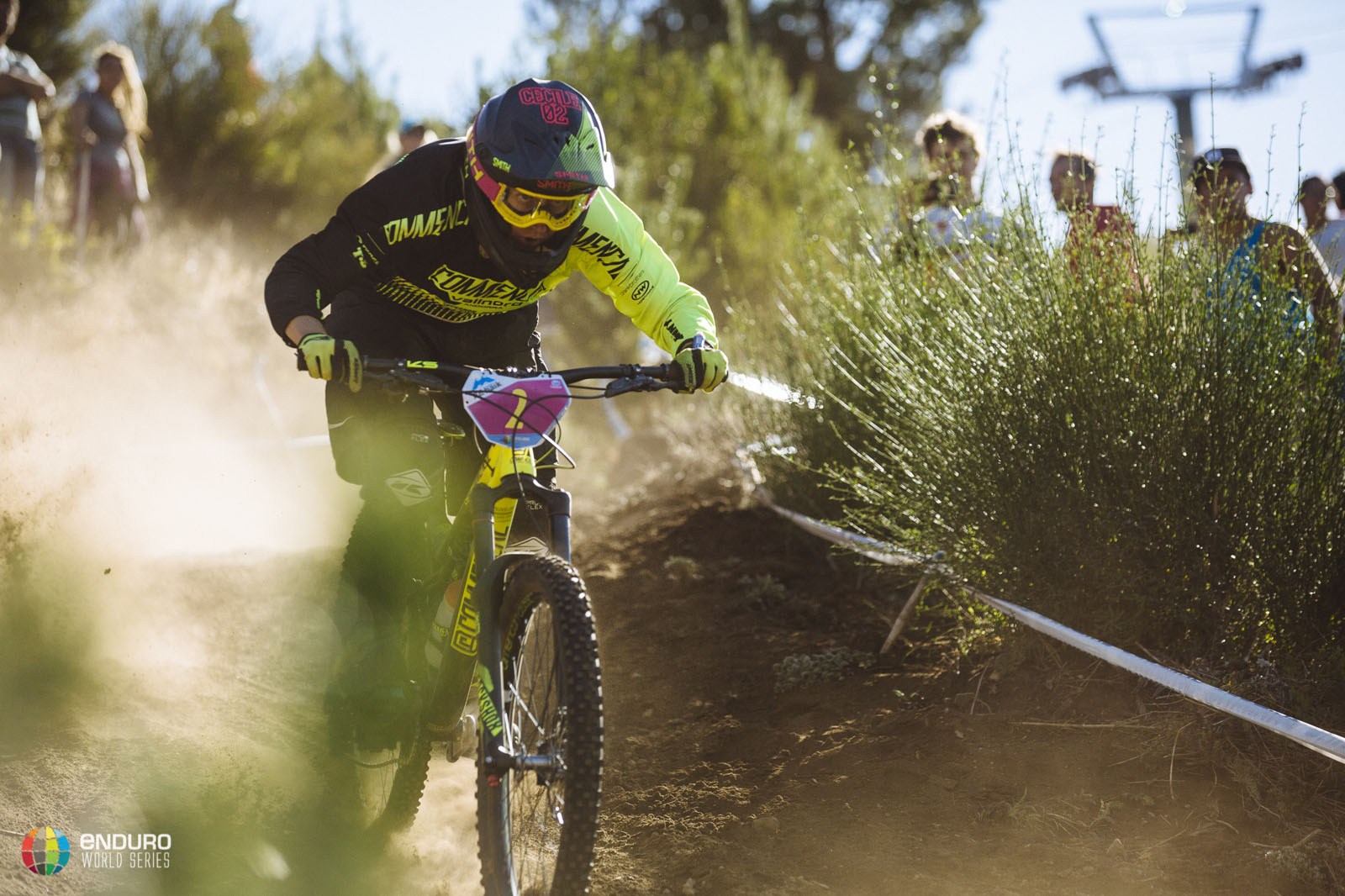 Richie said: “It feels good to pull another win. I was just trying to stay on the bike and not make too many mistakes, there was a few, but not too many. I’m enjoying my riding and feeling confident.” 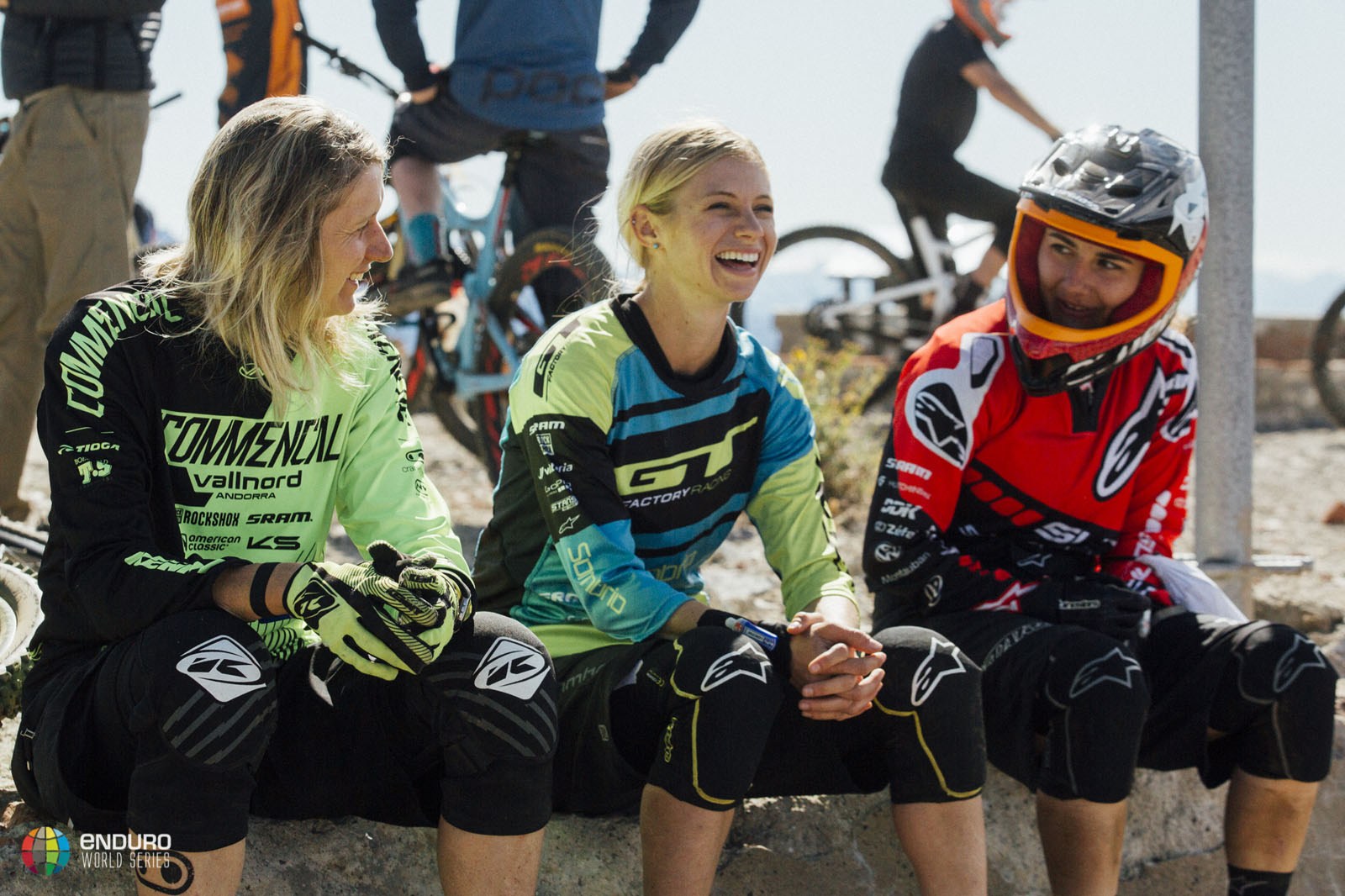 However, the old guard are still very much in competition for the overall. Nico Lau (Cube Action Team) finished fifth and looked in control all weekend. Jerome Clementz (Cannodale), Damien Oton (Devinci Enduro Racing) and Francois Bailly Maitre (BMC Factory Trailcrew) all had solid results here and are still very much in contention for the overall. 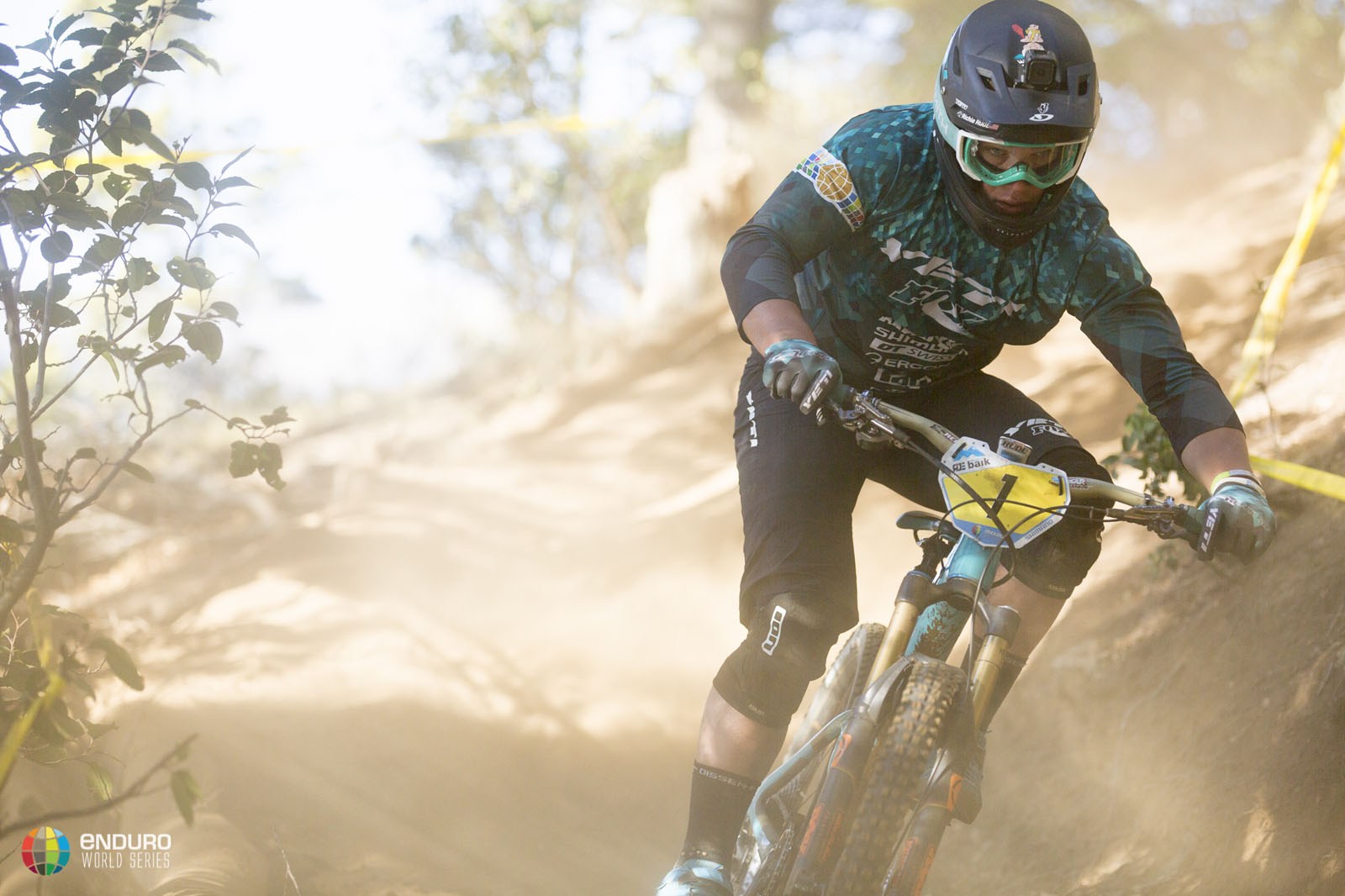 You’re pro when even your Garmin has its name on it, such as for Richie Rude

In the women’s race Cecile’s dominance showed no signs of abating, winning all but one of the stages and finishing the day with a 1:04m lead. It was Casey Brown (Trek Factory Racing) that prevented Cecile from a clean sweep of the stages, winning stage 6 and earning herself a second place in the overall in the process – an incredible result for her first Enduro World Series race. Isabeau Courdurier (SUNN) was pushed back to third place by the newcomer. The women’s competition is now wide open – Casey was only scheduled to do a handful of EWS races this year – although that may well change after her result here. 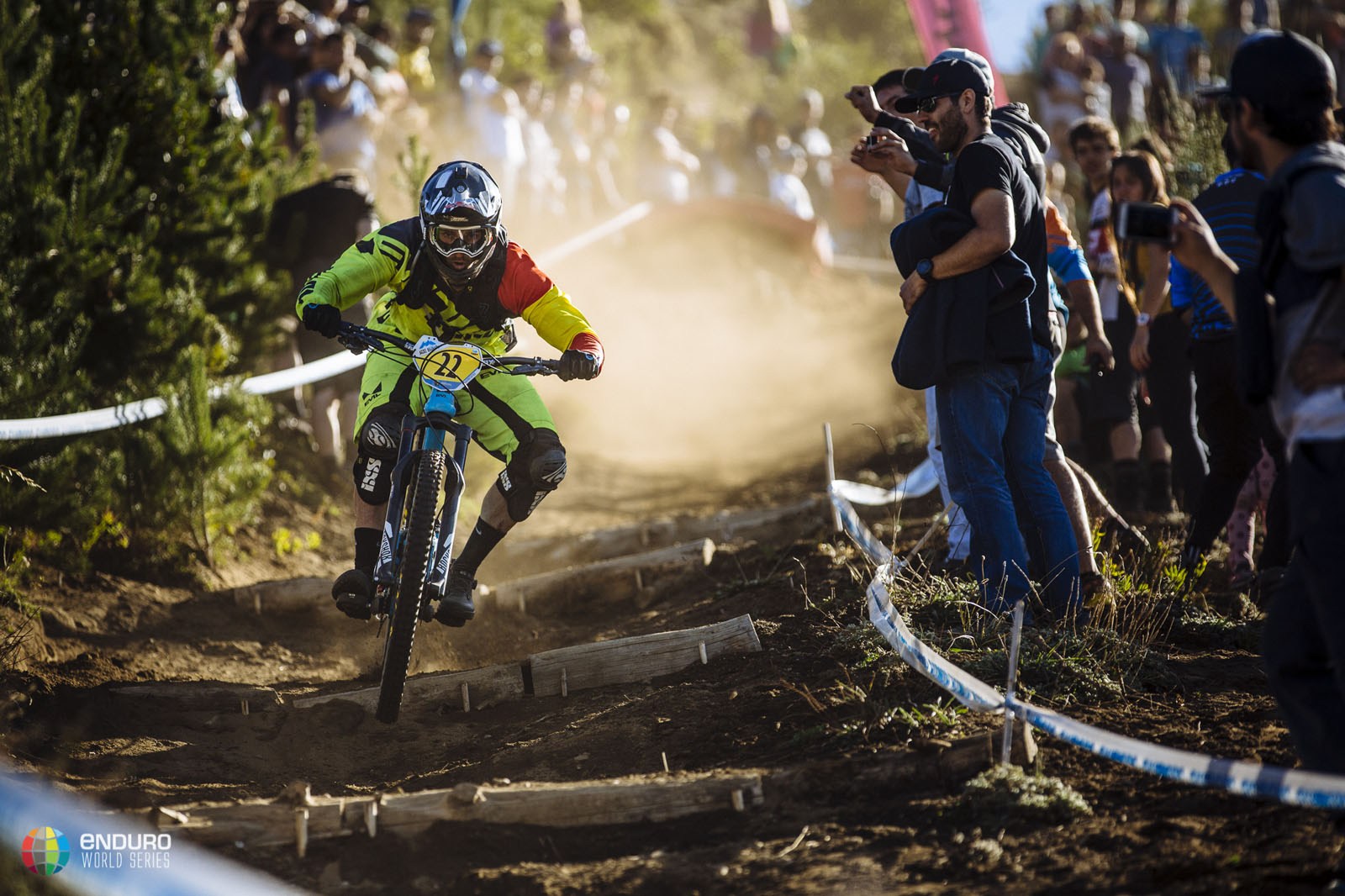 Toni Ferreiro had a crash and lost his chain on stage 4 which cost him valuable time. He still placed 4th overall 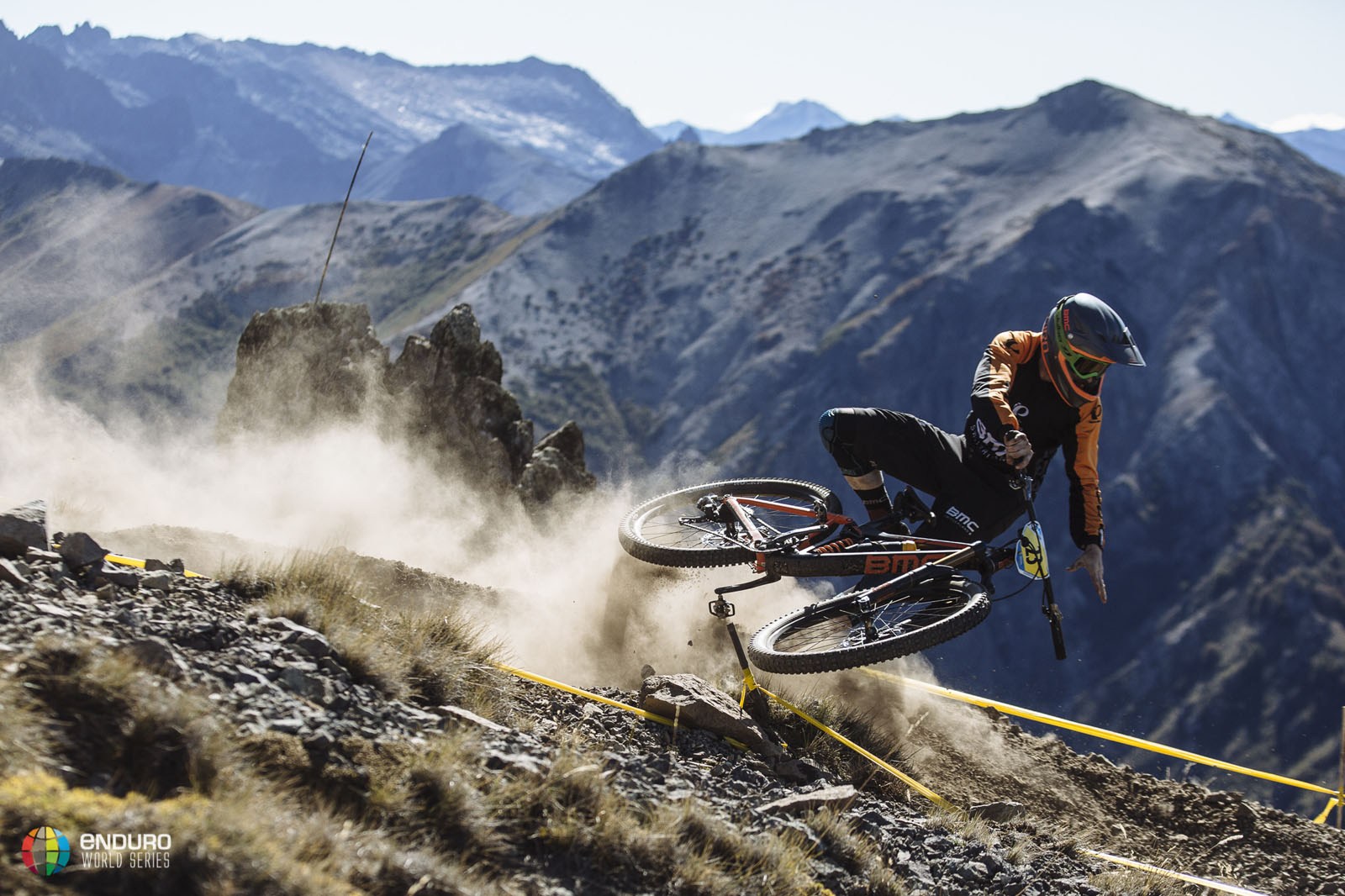 In the U21 riders Sebastien Claquin (Rocky Mountain Urge BP) took the win, with Adrien Dailly (Lapierre Gravity Republic) in second and Gustavo Ortiz in third. In the Master’s race Karim Amour won, followed by Joe Lawwill in second and Michael Broderick in third. 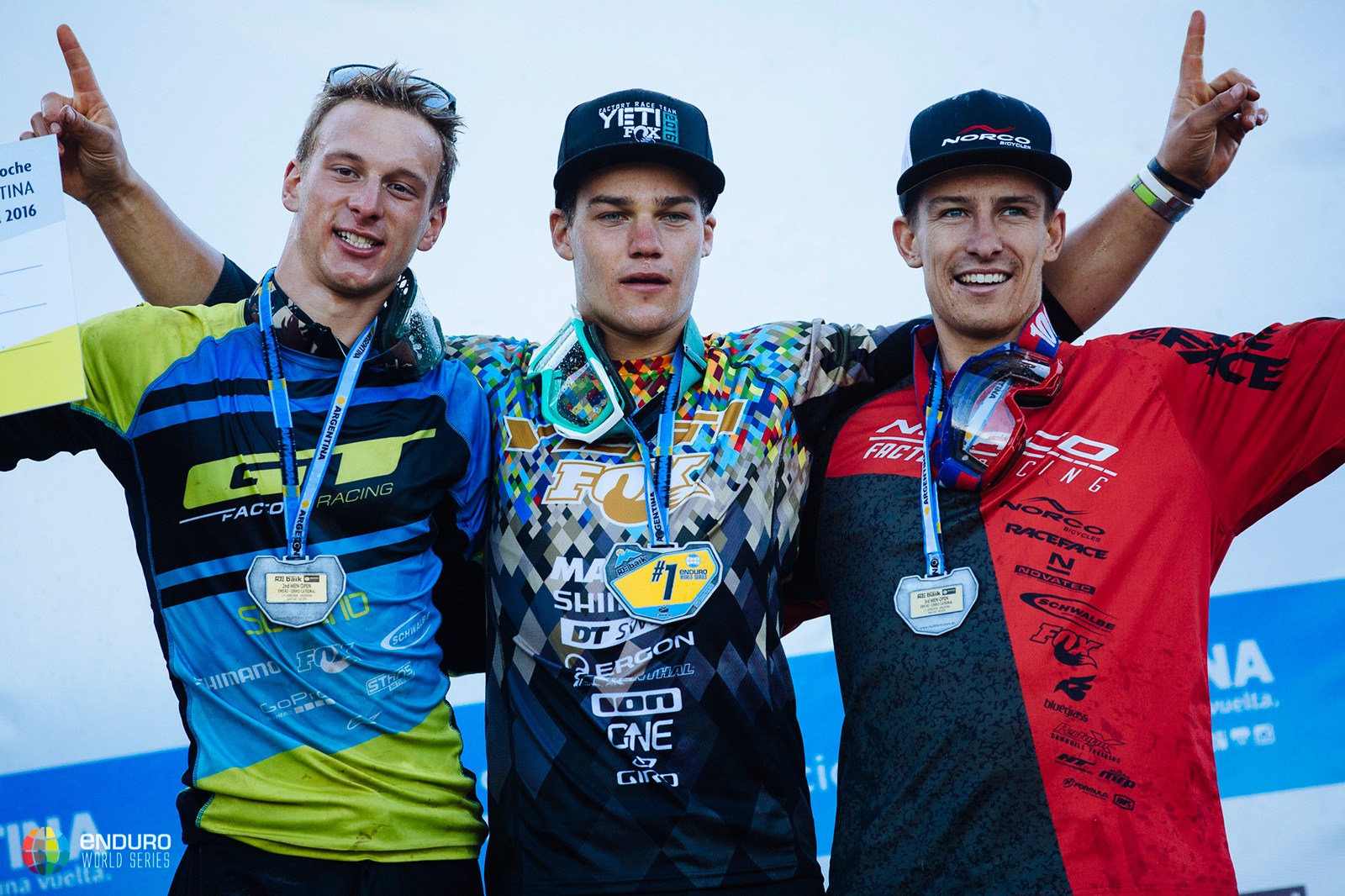 Aside from the monumental dust levels, this race will be remembered for the fresh talent that pushed their way to the front of the pack. Casey Brown was meant to be on the start line in Corral last weekend but was forced out by illness, but she more than made up for it this weekend and is bound to be on the minds of the other women as they look towards round three. Spanish rider Toni Ferreiro started day two in third place, having won stage three on Saturday, and still finished fourth despite a broken chain on stage four. There’s no doubt there’s going to be some new faces keeping things interesting at the sharp end of racing this season. 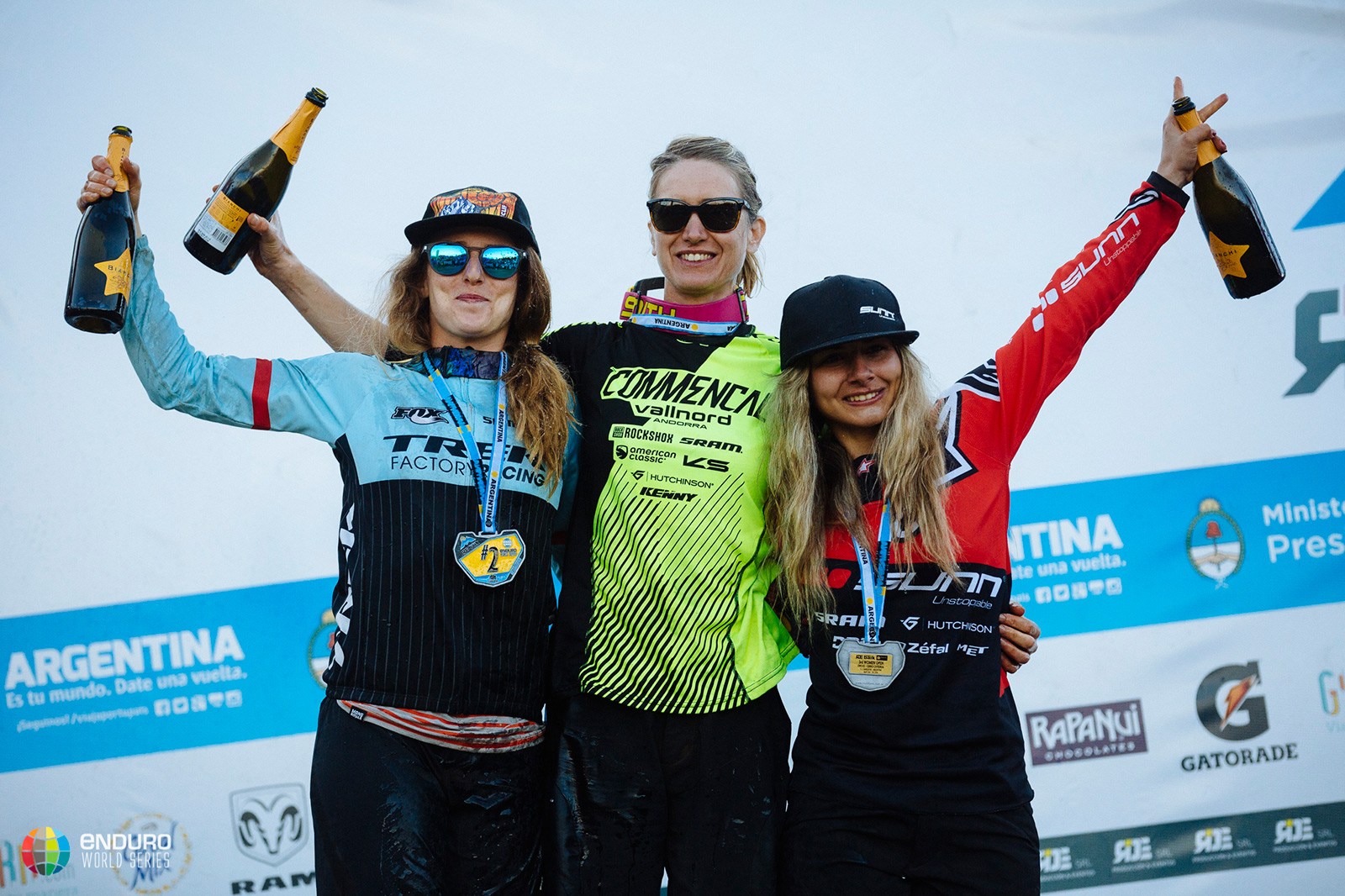 Chris Ball, Director of the Enduro World Series, said: “What an unbelievable weekend of racing. The dust was insane and it made for such unpredictable racing. The last two weeks in South America have been incredible – not just the racing, but the warm welcome we received from the local people and the amazing trails they showed us. A big thank you to the guys at RideSRL-Montenbaik and for all their hard work on the events – it’s been an incredible adventure.”

Who can beat Rude and Ravanel?