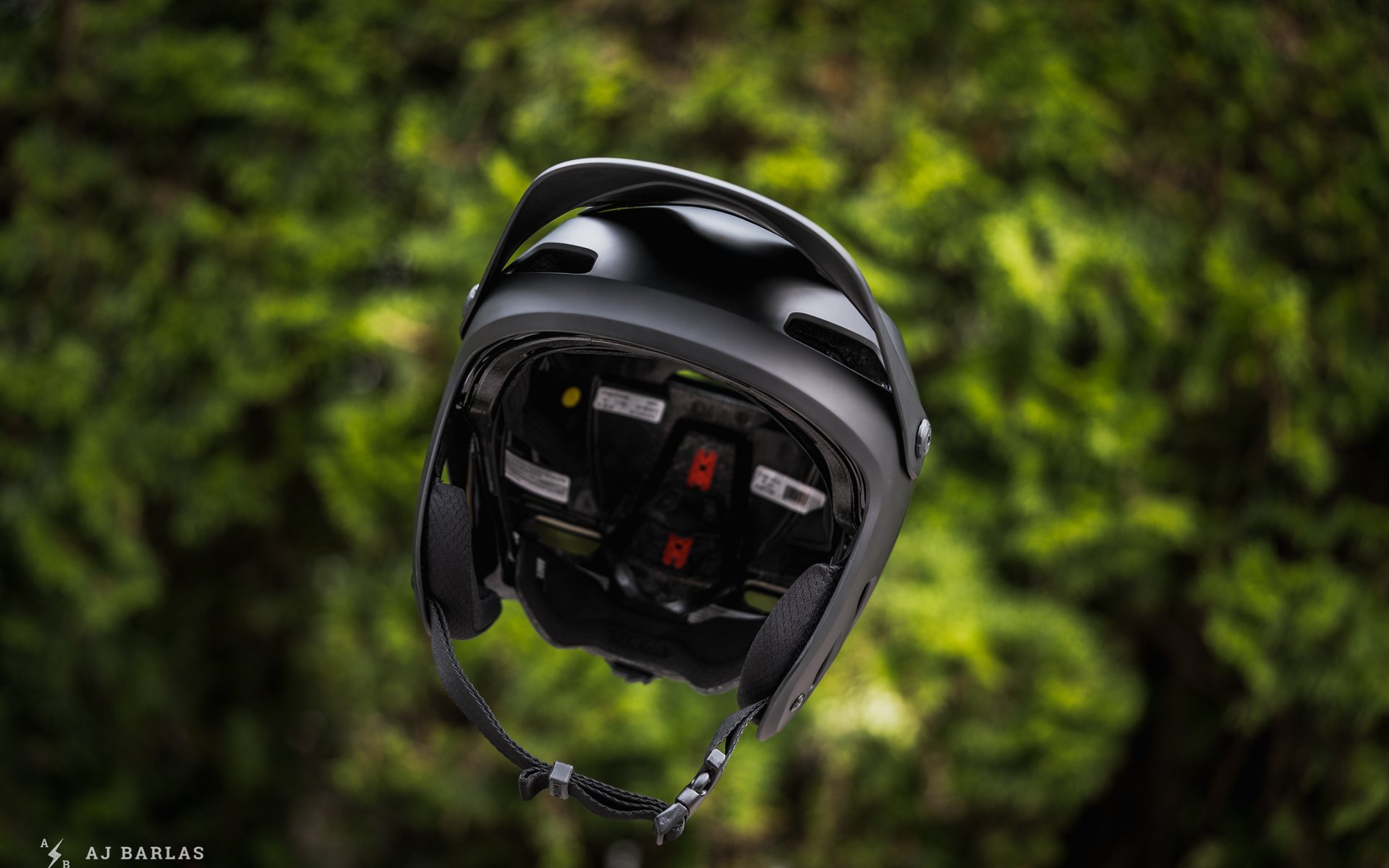 2-Minute Expert is a new feature on NSMB that distills technology and other concepts into short, easily digestible chunks.

MIPS Spherical is the latest generation of protection that addresses rotational impacts. First introduced with the Avance, Giro's top of the line ski racing helmet, and more recently on the MTB side with the Tyrant helmet. Designed at the Dome (Giro's in-house helmet R&D and testing facility) in conjunction with neuroscientists and others involved in MIPS (Multi-Dimensional Impact Protection System), MIPS Spherical takes the original recipe and adapts it to provide more protection while using up less space in a helmet's design, helping Giro incorporate better airflow, comfort, and fit.

Instead of a plastic slip-plane to help protect against rotational impacts, MIPS Spherical employs two layers of distinct EPS foam with an invisible low-friction layer between them, creating a system that works like a ball and socket. The two layers of EPS foam forming the interior and exterior helmet liners can rotate independently of each other, reducing rotational forces without the use of the plastic slip plane found in earlier MIPS designs. Because it doesn't use a plastic liner, Spherical allows for better airflow and improved comfort.

Another big advantage of this design is that Giro has been able to employ two very different densities foam to address a wide range of impact energy. In fact, the Tyrant uses two different materials; the outer layer is EPS (expanded Polystyrene), which is the stuff most commonly used in bike helmets. The foam liner that's closest to your head is EPP (expanded Polypropylene). This material is a lower density and comes with rebound characteristics - it's more soft and springy and you can get a feel for that if you push on the foam with your thumb. 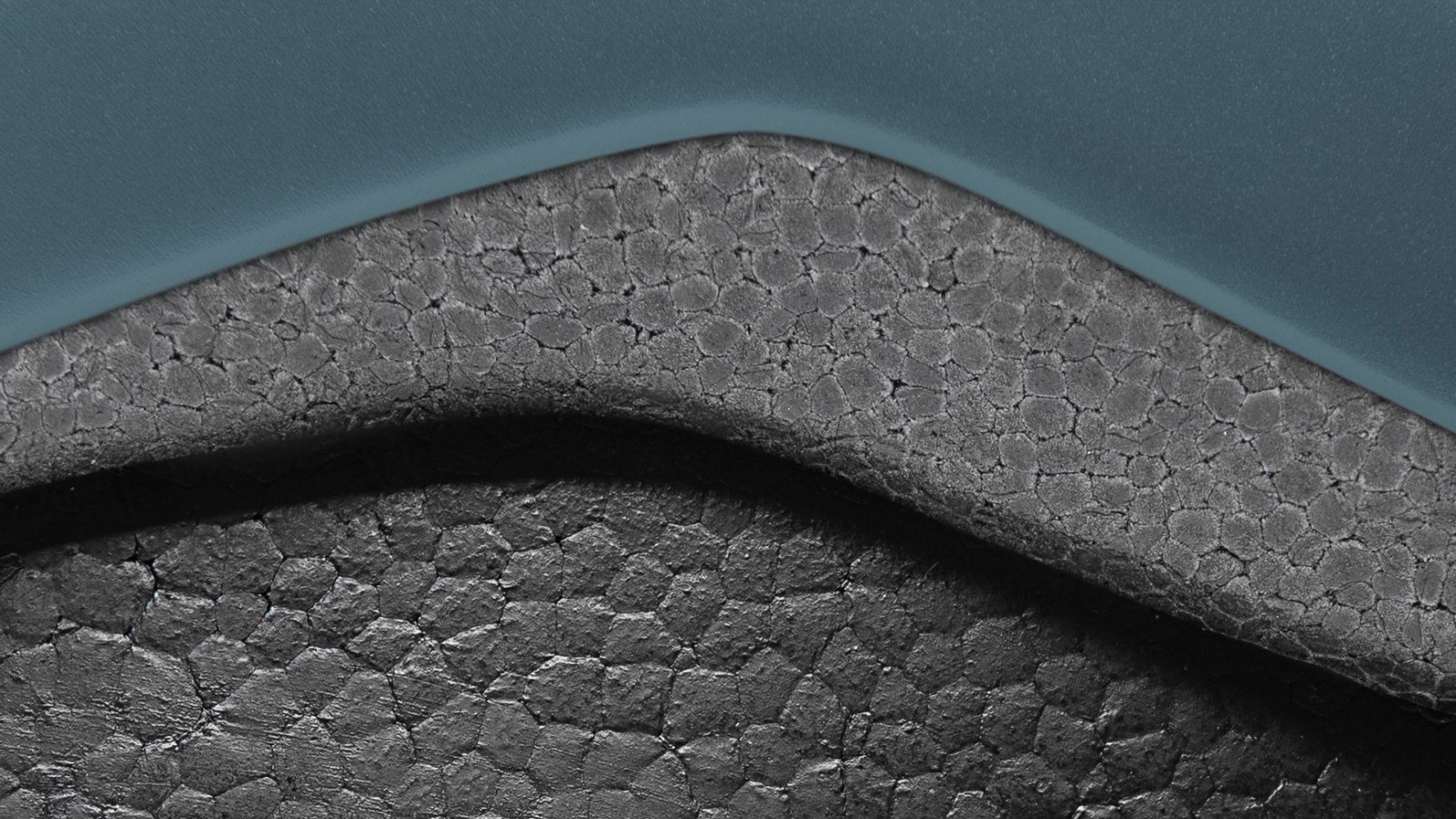 This detail shot clearly shows the two layers of EPS foam that can rotate independently of one another. They also combine to provide different types of impact protection: the higher density foam protects against faster, more serious impacts, while the lower density foam gives a bit of cushion for slower, less serious impacts.

MIPS Spherical is exclusive to Bell Sports (Bell and Giro) and was developed in-house to evolve MIPS into a newer version that improves on what Giro believes to be the best protection available against rotational impacts. The Tyrant is Giro's first MTB model featuring MIPS Spherical, but we can expect it to be rolled out in other models in the future.

Giro is not tied to MIPS, they simply feel it offers the best protection against rotational impacts, a conclusion they came to after a year of conducting their own independent testing. Spherical is the third iteration of MIPS; the original version with the plastic slip plane still graces many of their models (like the Montaro and Switchblade) and that of many other brands. It is effective but some riders felt that it came at a cost of reduced airflow and comfort. Integrated MIPS, found in models like the Giro Fixture (a bargain at $65 US) or Bell's Sixer improves upon the fit and takes up less room within the helmet - sort of a stepping stone between the original MIPS system and the latest and most advanced MIPS Spherical design. 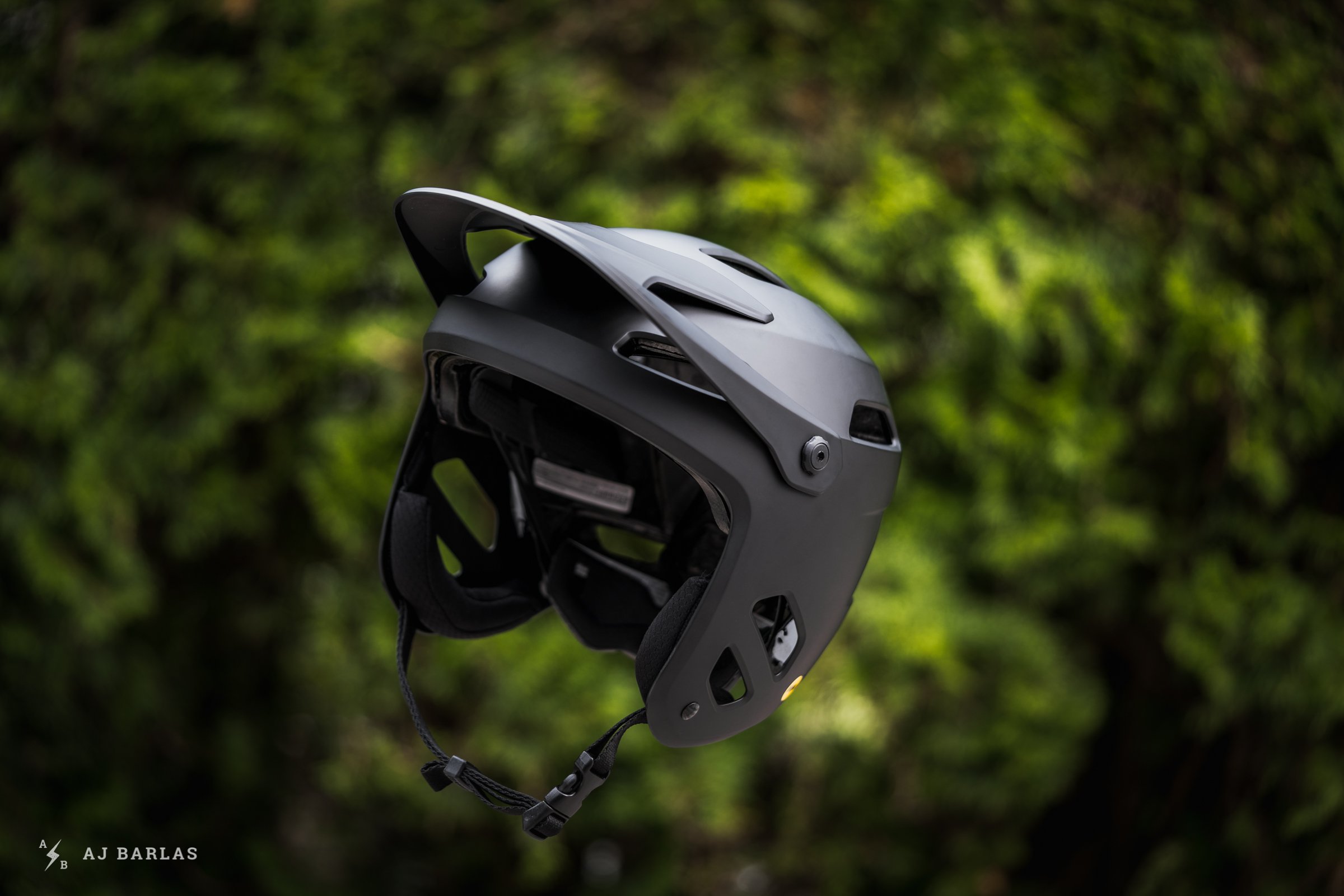 If you'd like to dig a bit deeper into MIPS and its use in helmets, here are some resources to get you started:

NSMB's review of the Giro Tyrant

Helmet testing and safety is complicated. It's really important to know that researchers and brands still haven't come to a consensus about a lot of the science behind brain injury and protection. We have done some work on this in the past, but aren't holding any one brand or technology up as the definitive answer to protection and safety.

Here's an article by AJ Barlas that digs in a bit, and another by Andrew Major that looks at MIPS from the perspective of one of the most outspoken members in the helmet business. Uncle Dave also had a poke at this topic and generated a lot of lively discussion.

Dual density foam makes a lot of sense. I'm still trying to figure out how MIPS provides much benefit on a full face helmet or one with cheek pads. Wouldn't the snug fitting pads stop the rotation that MIPS says is beneficial? Maybe the small amount of slip/rotation at moment of impact is the key.

I guess this is why you need to test things in labs once you have a good idea.

I've been a helmet-safety nerd since my own (initial) mtb concussion years ago. I'm also a longtime MIPS skeptic. But I think MIPS Spherical is one of several important, promising new approaches to reducing concussions. There's no relevant testing for certification (and, in 2019, motherfuck the whole industry for that) but my best guess is that it does provide a meaningful real-world benefit, meaning that if you hit your head in a crash you're more likely to avoid a concussion.

That said, recognize that there's likely a trade-off inherent in the MIPS Spherical design vs. other concussion-reducing new helmets. Basically, MIPS Spherical uses two foam shells with squishy rubber whozits that, under direct or angular force, squeeze between the shells, like marshmallows between two boards. The potential advantage of this design, compared to competitors like Kali's LDL or POC's Spin, is increased confidence that the bumpers will work in a crash instead of missing your head or being gummed up with your gross headsweat slime. The potential disadvantage is that the overall helmet is both bigger and heavier, which could increase the concussion-causing force on your poor brain.

Is that trade-off worth it? I have no idea. Maybe one day we'll have reliable, independent, public data to answer that. Until then, do your best. Whatever you decide here's the important part: the time to buy a safer helmet is before your first concussion, not after.

You bring up several good points. At Giro we're also pushing for an international standard that addresses rotational energy, and as you mentioned every technology in this space comes with a trade off. In the case of MIPS Spherical, however, you are mistaken about the "squishy rubber whozits" between the shells. In this system there are simply two shells (like a ball and socket). Both surfaces are polished/slippery so that they can rotate independently without much force. The two pieces are held in place by the rubber whozits that you mentioned (we call them elastomeric attachments), but they're not in between the shells, they're holding the pieces together and tuned so that you don't have excess movement while riding.

There are a number of plus sides -- the system doesn't add weight, doesn't impact comfort, doesn't impede airflow. The one noteworthy downside is that it adds complexity (in other words cost) to the helmet.

I am really glad that you mention the potential of a larger/heavier helmet increasing the chance of concussion. There is a common misconception that a moto helmet is better for MTB. Moto helmets address high speed/catastrophic crashes, but they don't perform as well in low speed impacts (especially when rotational energy is introduced) because they use a more dense foam and as you mentioned, they're bigger and heavier.

I'm proud to work for Giro and see the energy this company puts into research and development. The quest for improvement is never over, but the Tyrant here represents a milestone in head protection if you ask me.

That's a great, informative response. And thanks for correcting my mistake about how it works.

Your explanation now has me wondering about linear forces. Other concussion-reduction technologies (the ones used by Kali, POC, and 6D, for example) are designed to reduce linear forces, not just angular ones. (That was one reason I had little faith in MIPS.) Is MIPS Spherical designed to reduce linear forces? Either by the elastomeric attachments or some other way? I recognize that variable-density-foam shells (such used in the Tyrant, Super DH, etc) do that, I'm wondering if the MIPS Spherical feature itself does too, or whether it reduces angular forces only.

I own a Bell Super DH, another MIPS Spherical helmet, and it's very clearly bigger than other helmets. Bigger = larger shell, larger outer diameter. The 6D halfshell, which uses a different dual-shell design, was the same. By contrast, single-shell helmets like the Kali Maya/Interceptor and POC Tectal Spin aren't noticeably bigger. I haven't seen the Tyrant in person. Are you saying that, unlike the Super DH, it isn't bigger?