Enduro World Series Round 7: The Rally in Finale

The penultimate round of the Enduro World Series, Bluegrass EWS Finale presented by Vittoria, served up an intense weekend of racing befitting of such an iconic venue. The scene was set perfectly with Saturday’s Pro Stage, when in the women’s race Isabeau Courdurier (Lapierre Zipp Collective) claimed the win, but second placed Melanie Pugin and Miranda Miller (Kona Factory Team) were within touching distance at just two and three seconds back respectively. 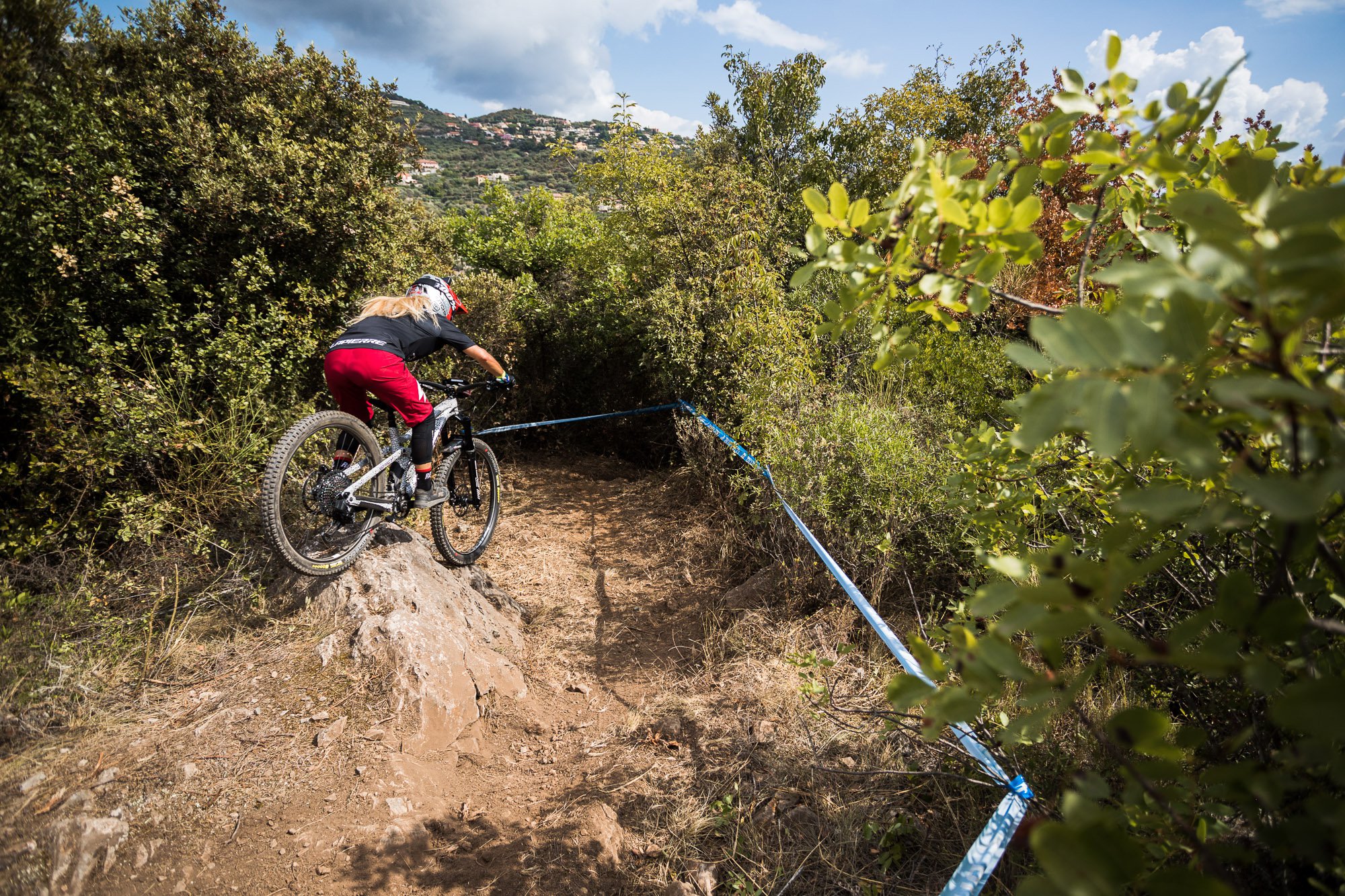 However it was Morgane Charre (Pivot Factory Racing) who made her intentions clear straight out the start gate on Sundays four stages. Charre would win stage two, but it was her 16 second win on stage three that changed the course of the race. From there she was in control of the race and that is where she remained. Charre finished the day an impressive 17 seconds clear of second placed Courdurier, with Bex Baraona (Ibis Enduro Team) back on the podium in third. 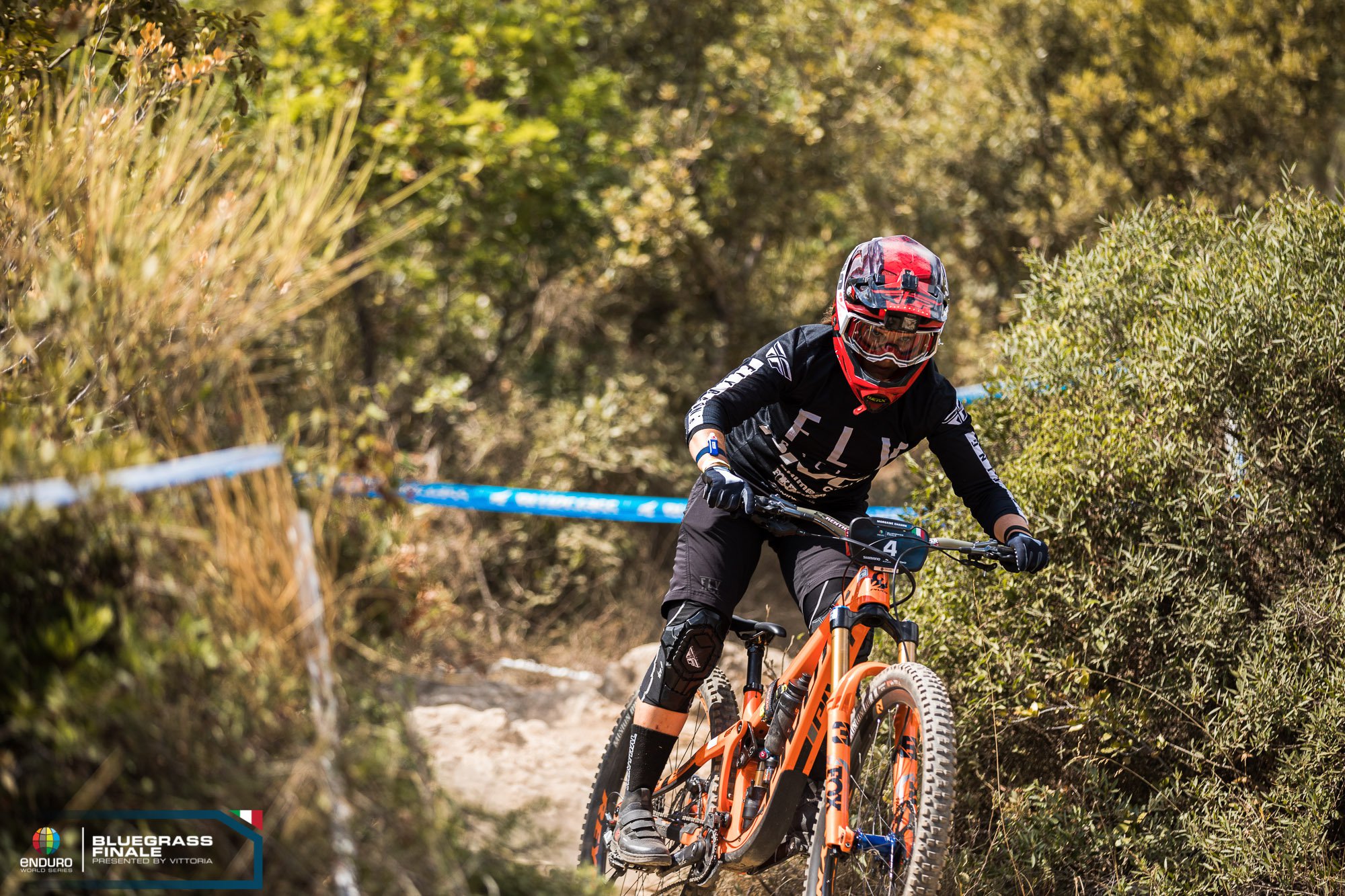 In the men’s race Martin Maes (GT Factory Racing) won the Pro Stage by a single second, with Jack Moir (Canyon Collective) in second and Richie Rude (Yeti/Fox Factory Team) claiming third. Maes’ reign at the top proved to be short lived, with Moir’s championship hopes on the line he proved to be unstoppable, winning three of Sunday’s four stages to secure the win. 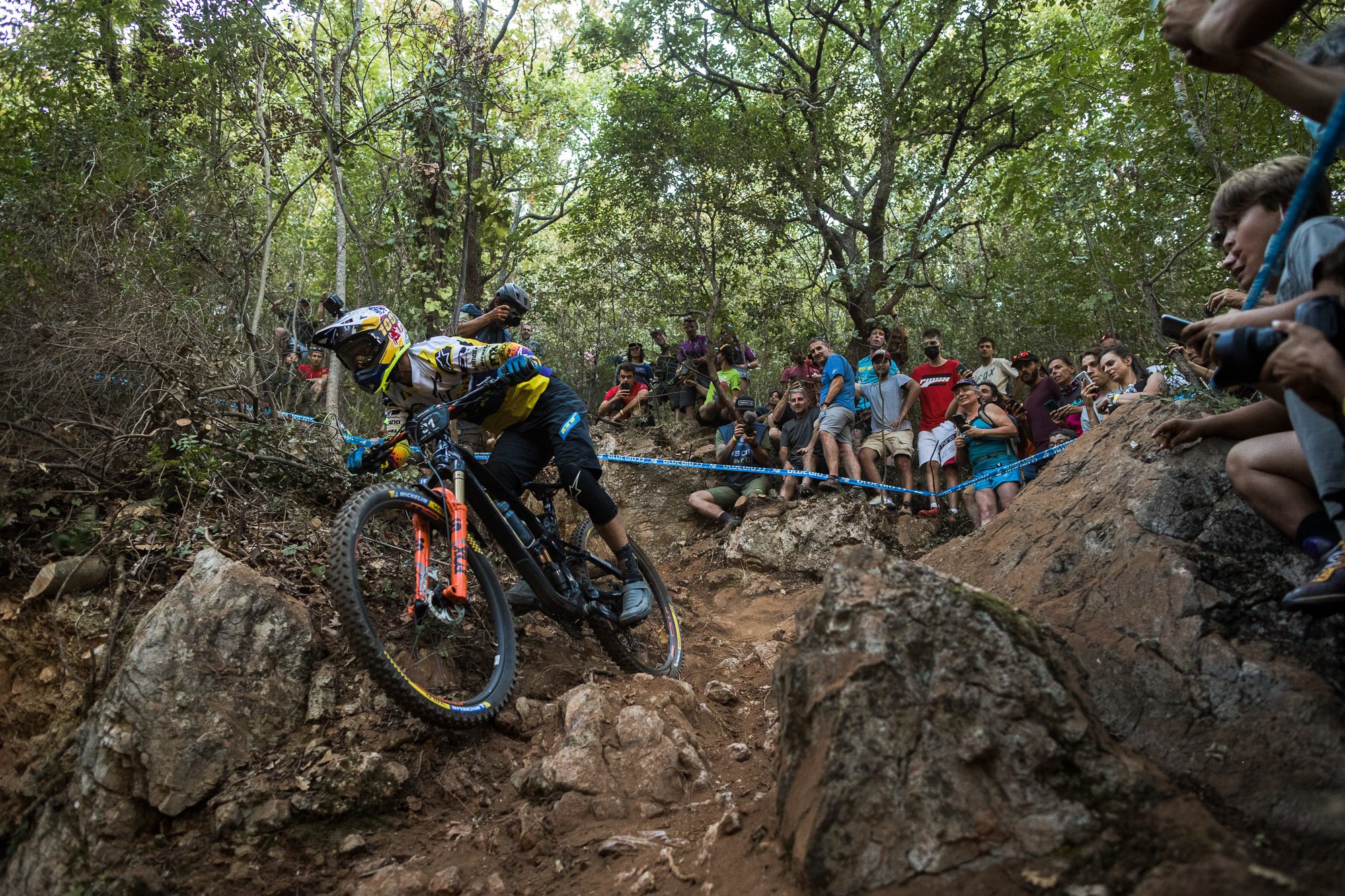 Behind Moir the battle for second place was raging all day, with just half a second separating second placed Jesse Melamed (Rocky Mountain Race Face Enduro Team) and Kevin Miquel (Specialized Racing) as they lined up for the final stage of the day. Melamed proved faster to take second place with Miquel rounding out the top three. Spare a thought for Maes who finished in fourth place, missing out on a podium spot by just four tenths of a second. Rude would finish the day just behind Maes in fifth. 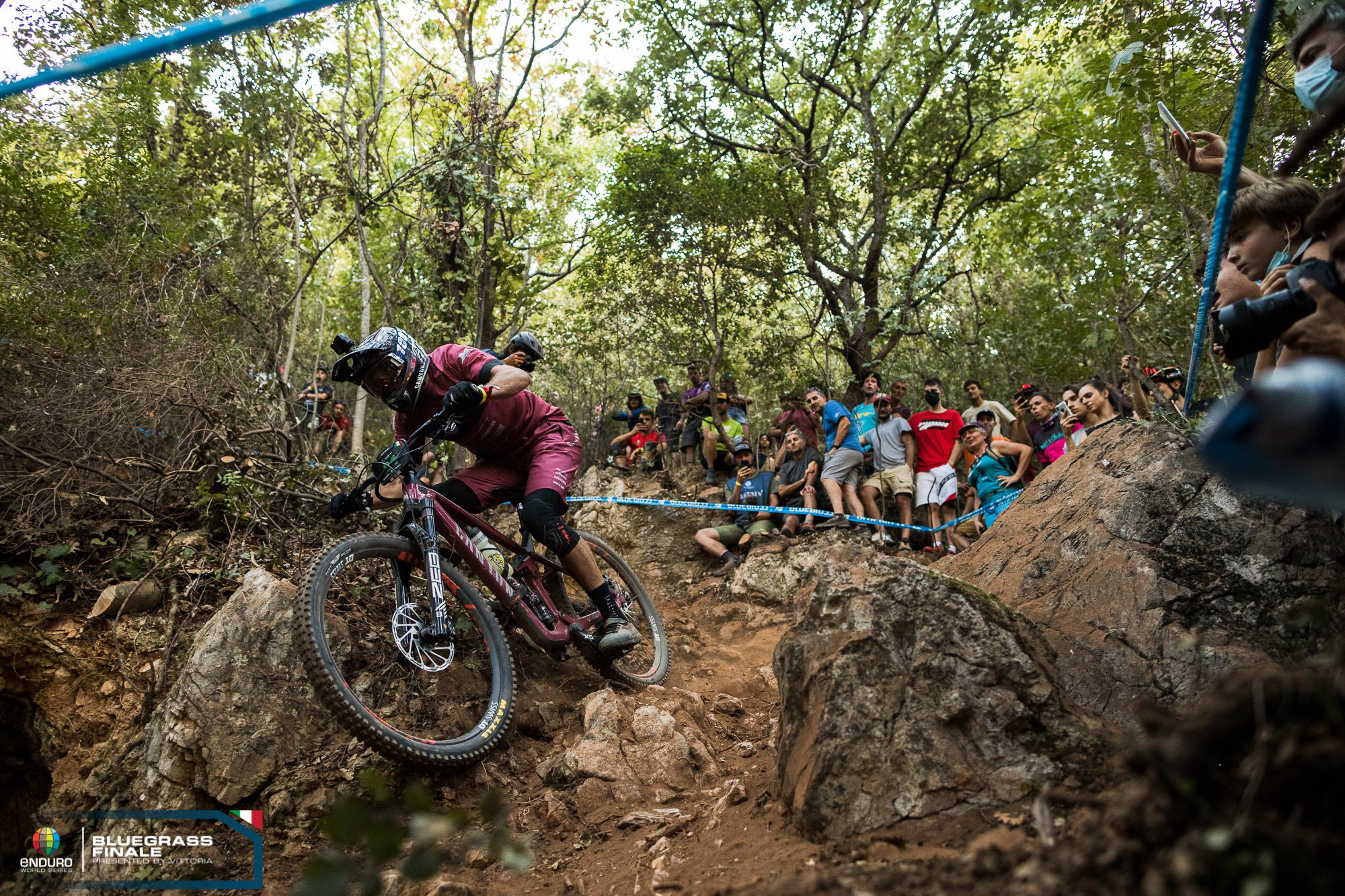 In the U21 Men Francescu Camoin (Specialized Racing) claimed his third victory of the season in U21 Men, with Jack Menzies in second and Alex Storr third. Local talent reigned supreme in the U21 Women, with Gaia Tormena in first and Sophie Riva second. The UK’s Polly Henderson disrupted the Italian party to finish third.

Italy’s Martino Fruet won Master Men, with series leaderKarim Amour in second and the UK’s James Hughes in third. In the Master Women Leonie Picton (Liv Racing) added to her roster of wins, with Fejola Stepanka Nestlerova in second and Suvi Vacker third.

Team of the day went to Canyon Collective, with Ibis Enduro Team in second and Specialized Racing third. 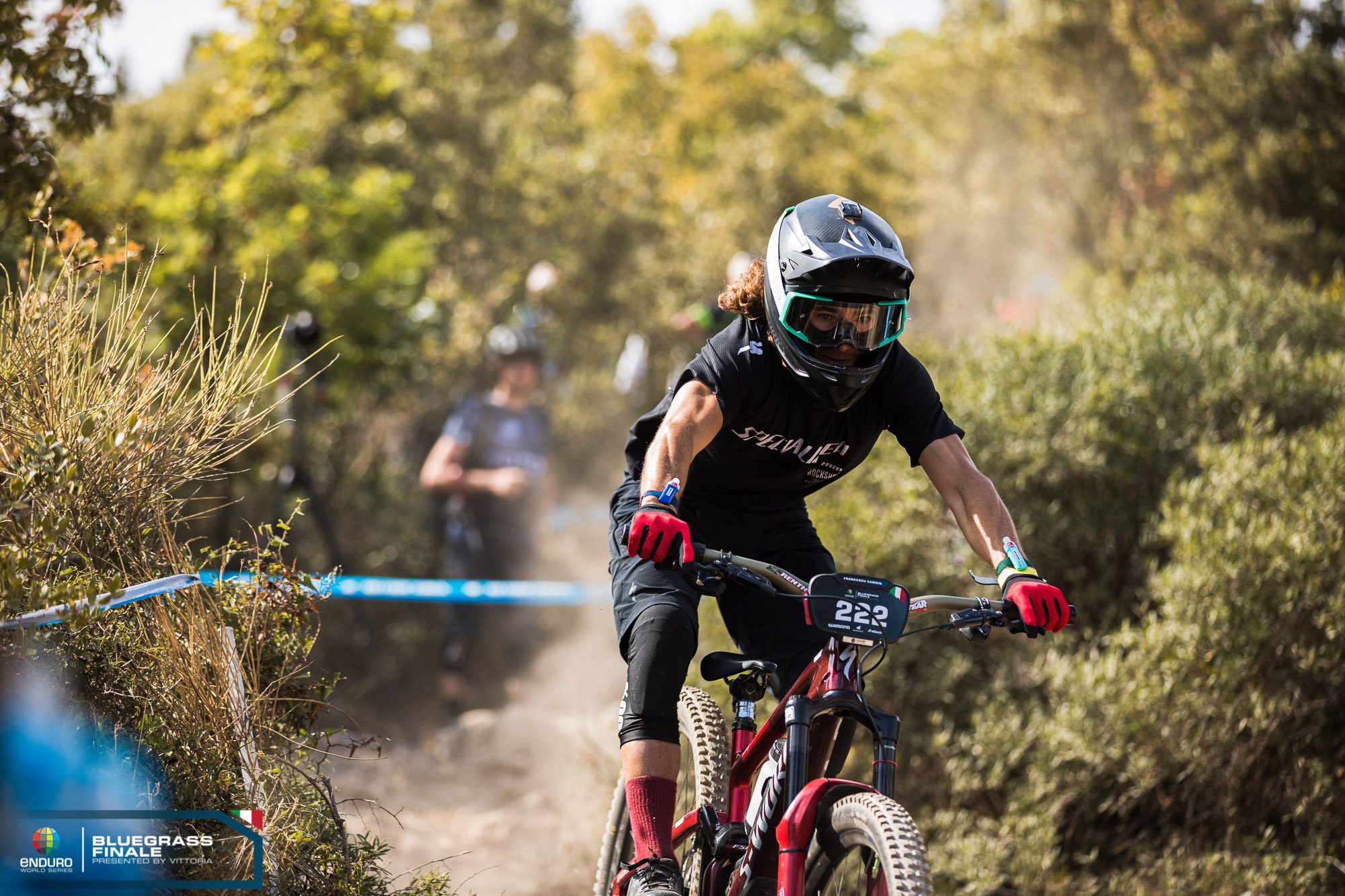 The series’ attention now turns to the final race of the year in Scotland and with it the overall Championship standings. Vittoria EWS and EWS-E Tweed Valley will be the deciding race for both the men’s and women’s titles this year as the racing goes down to the wire. In the women’s competition Melanie Pugin has a sizable lead, but the title is not guaranteed as Charre is gaining and there’s now less than 500 points between them.

The never ending battle between Rude and Moir took another turn today, as Moir’s race victory saw him leapfrog Rude in the standings to once again lead the rankings - but with just 70 points between them, it will all come down to the final race of the year...