Riders attacked five stages, three of which were set in the famous Whakarewarewa Forest and other two in the Mountain Bike Park at Skyline Rotorua

Reigning Enduro World Champion Cecile Ravanel, from the Commencal Vallnord Enduro Team, was sadly off the start list, due to injury so it was Isabeau Courdurier, from France, racing for Intense Mavic Collective who entered the race as firm favourite.

The first stage of the day took in a loose and loamy traversing track which got steeper and offered some line options, drops and technical turns. Courdurier took out the first stage in the women’s field. Hot on her pedals, with only seconds to spare, was another Frenchwoman, Morgane Charre chased by British dynamo’s Rebecca Baraona, racing for Ibis Cycles Enduro Race Team, and Katy Winton, with Trek Factory Racing.

The depth of talent in the women's field was striking and it was evident today with only seconds separating the top-seeded women, across majority of the racing. Courdurier won stage two but a change of pace saw Charre snare the win for the third stage of the day, a native single track section of the forest which was described by the riders as “extremely physical”.

Charre led the field of women into stage 4, the Queen’s stage, from Te Mounga and into Moonshine, but Courdurier was proving that she was in fine form leading in. She clenched the stage win by 3-seconds, ahead of Britain’s Becky Cook (racing for Orbea Enduro Team) and Israel’s Noga Korem (GT Factory Racing Team). With seconds separating the top women, Charre shaped her best Enduro World Series result to date and crossed in second position. Baraona rounded the women’s podium in third.

“My expectations were super low, I just wanted to go out there and have fun on my bike and leave Rotorua feeling happy. So I am definitely stoked to see that I am able to race here and do a very good result. It was a hard battle,” said Courdurier 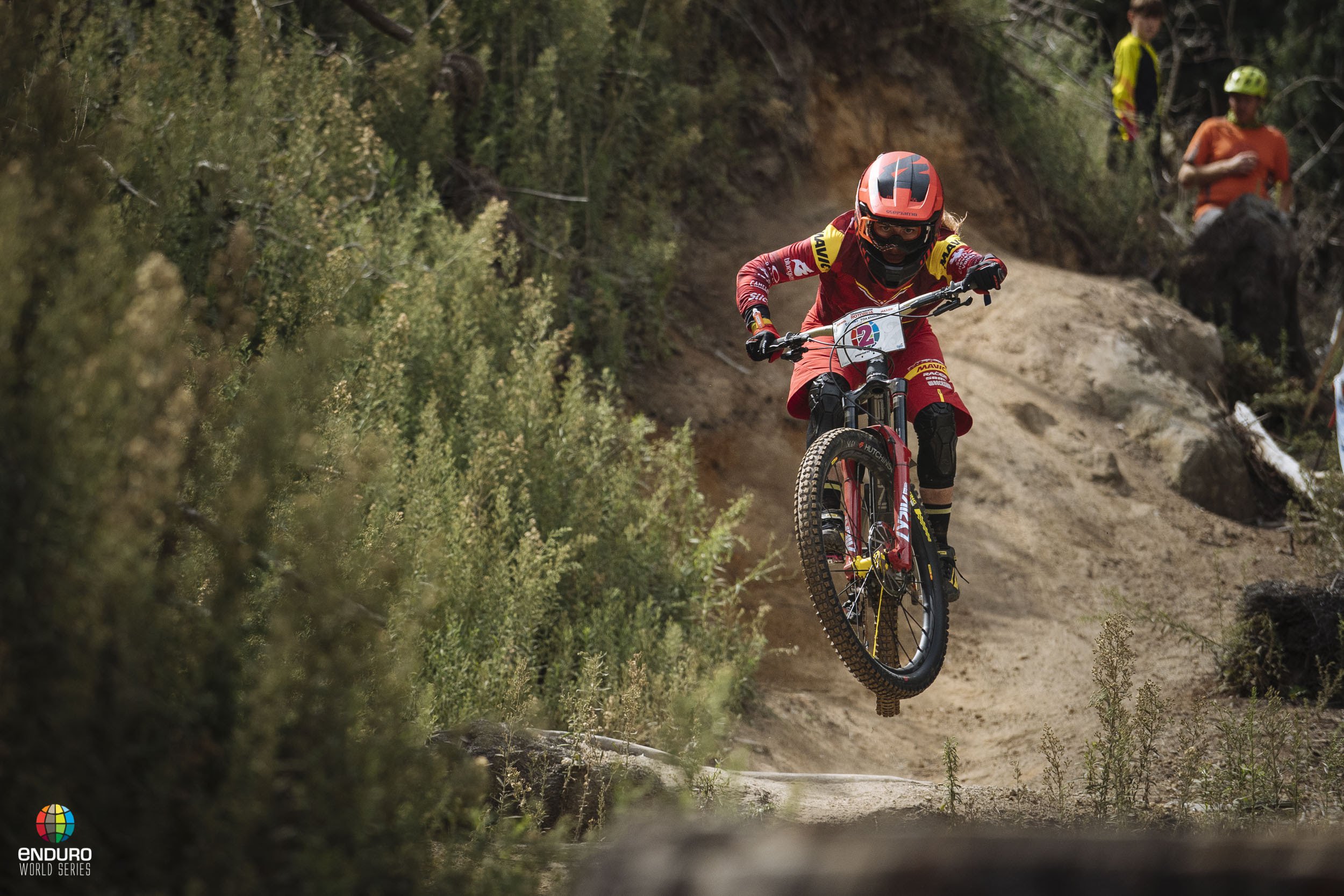 Despite world champion Hill in the mix of today’s race it was Martin Maes who fired from the start of the loose and loamy traversing track, to take out stage one. Maes flew out in front after the first stage with Portugal’s Jose Borges (Miranda Racing Team) hot on the pace in second. Less than three seconds separated the top five men with still four stages to go.

Martin Maes extended his lead after taking the first two stages of the day with Wright 9-seconds back and Cube Action Team race Zakarias Johansen, from Sweden, in third.

Wright was having the race of his career and led across the fourth stage of the day. On the final stage of the day Maes took the front seat 20-seconds ahead of Wright, riding in second, with Nicolai in third position 20-seconds back again.

The final stage of the day featured the Skyline downhill track, starting out wide and flat before plunging into the forest again. Maes, a specialist across a downhill course, slammed down a solid run to take out the final stage and claim victory in the battle of Rotorua.

Maes dominated to win every stage today which set off his season with an encouraging and powerful start. Wright earned his best race result to date and Nicolai was welcomed back onto the podium.

“A great race for me, I didn’t really expect to be so dominant today but I think I have been extremely smart on the bike and managing my energy to the best. With all the changes we’ve done on the bike, it seems like it’s paying off,” said Maes. 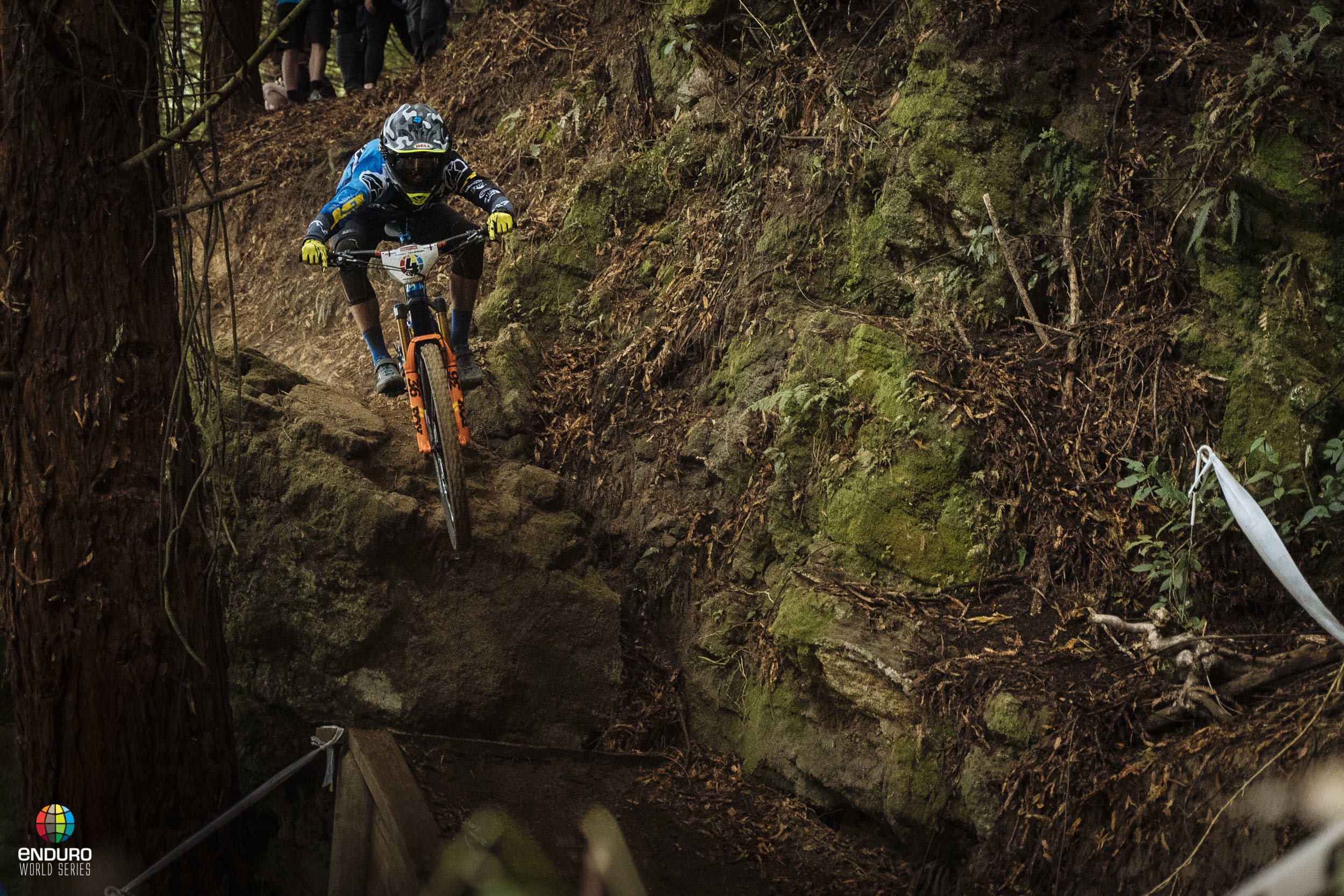 Next stop of the Enduro World Series tour is Derby, Tasmania, for round two next week.