11pm GMT, June 30, 2013, Edinburgh, UK – “Battle” does not begin to describe the weekend’s epic racing at Val d’Allos, France, that ultimately saw Nico Vouilloz and Tracy Moseley win after an all killer no filler 6 stage course and exhilarating showdown between the world’s top riders.

The birthplace of enduro treated over 300 riders to distractingly gorgeous scenery, chairlift supported liaison stages, and 6 timed sections that, in addition to 5 practice runs, yielded 11,000 meters of technical, challenging and physical descent.

Dropping 1000 meters from the 2500m summit for each stage meant altitude played a factor for riders. Coming off his victory in Round 1 of the Enduro World Series, Fabien Barel commented that within two corners from the start of the first stage in Val d’Allos, he was already out of air. 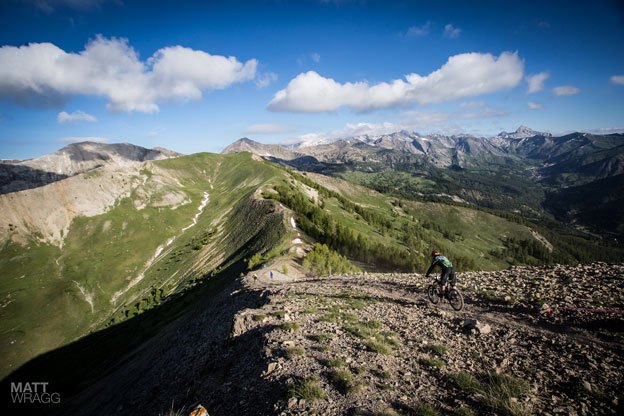 The beautiful scenery came at the cost of thin air, which took its toll on all the riders.

Genepy, the locally crafted spirit, was needed by the weekend’s conclusion, as riders celebrated and commiserated over crashes and punctures that left the podium wide open. Race favourite, and leader at the time, Jerome Clementz (Cannondale OverMountain) suffered a puncture in stage 3, as did Fabien Barel (Team Canyon) and Dan Atherton (GT Factory Racing). Other top contenders, including Ben Cruz (Cannondale OverMountain) and Josh Carlson (Team Giant Factory Racing) had crashes that put them out of the race. Jared Graves and Anneke Beerten both crashed twice in the long fourth and fifth stages, but managed to hold on to their positions on the podium.

In the end, consistency favoured Tracy Moseley (Trek Factory Racing), the winner from Punta Ala, in the women’s race, ahead of Cecile Ravanel and Anneke Beerten. Moseley now holds the Overall Series Lead. 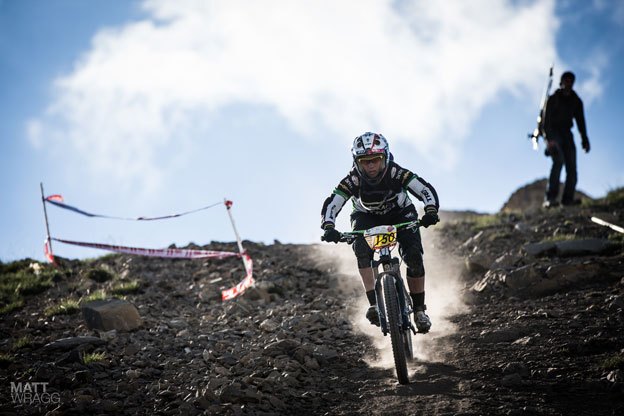 Moseley was the quickest of the women in Val d’allos, France, and took her second straight victory and a commanding lead in the EWS points race.

Nicolas Vouilloz won the men’s contest at Val d’allos, with Jared Graves hard on his tail and downhill World Champion Greg Minnaar stepping up to the podium with a 3rd place finish. 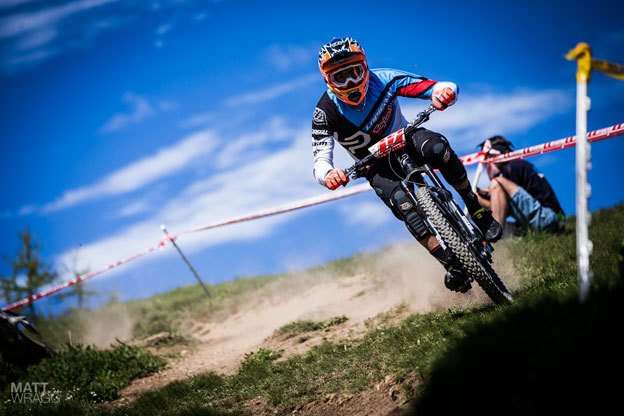 Talent is timeless. Vouilloz continues to find ways to win.

Graves takes the Overall Series Lead from Fabien Barel who will need to push in future events to regain his place. Series favourite, Jerome Clementz was on damage control for his series standings after suffering the puncture. 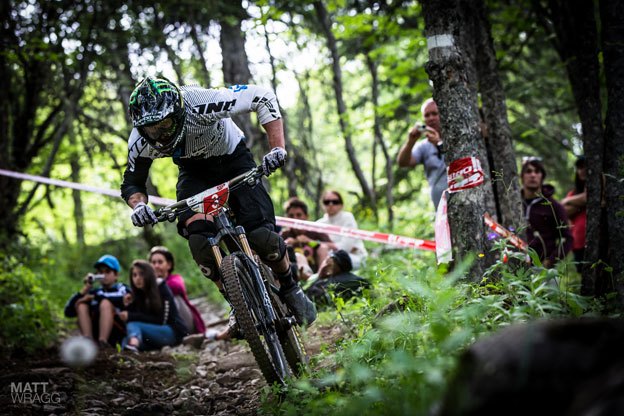 Graves took second for the weekend but moved into first overall in the Enduro World Series points standings.

Martin Maes (GT Factory Racing), the young phenom from Belgium, retained his commanding lead in the Junior division, despite a crash on the first stage, and a 30 second time penalty for course cutting on stage 1.

Taking the top 3 results from team riders in any division puts Trek Factory Racing in the Team Series Lead with 1820 points. 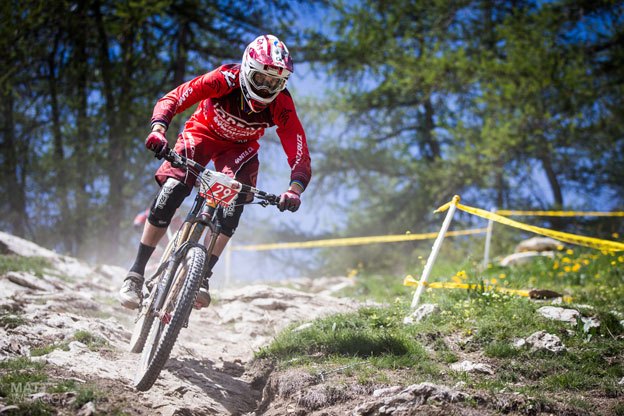 Greg Minnaar improved significantly on his placing in Punta Ala, and took 3rd overall in round 2.

With less than 10 seconds between the top male riders after 2 days, 6 stages, 11,000 meters of descending and an hour on the clock, it was sheer grit that dominated.

Says Enduro World Series Managing Director, Chris Ball, “The one run, limited practice format definitely evened things out between experienced locals and the first timers like Graves, Wildhaber and Minnaar. The times were just incredibly tight. Even on stages that were over 15 minutes long, the riders were within a second of each other. It was savage, intense racing. I personally can’t believe just how close it was.” 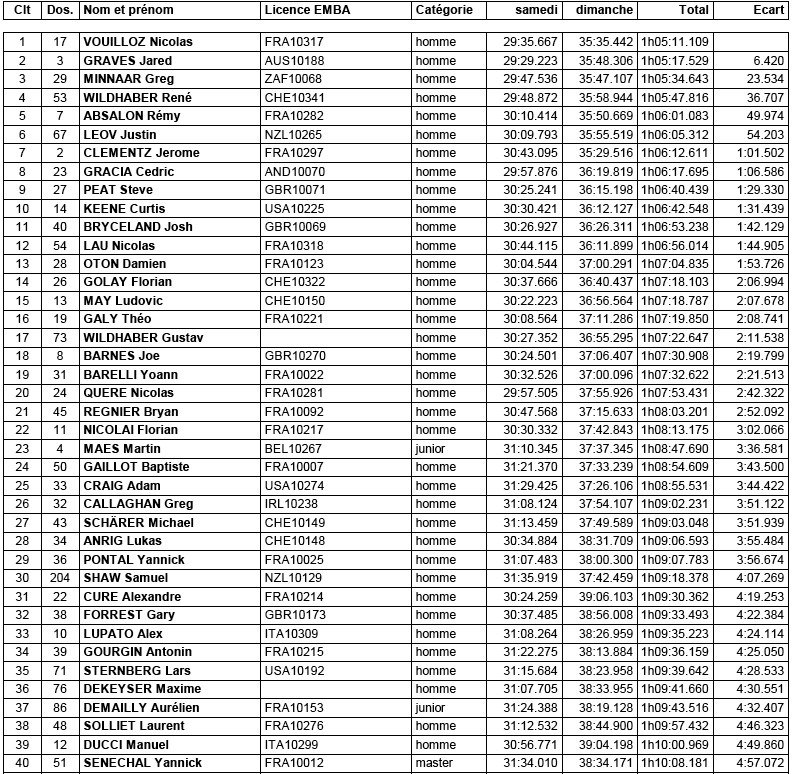 From the birthplace of enduro, the Enduro World Series stays in France for the next round, moving on to the gravity playground of Crankworx Les Deux Alpes, July 6-7, where the battlefield will be refreshed with a 4 stage course, incorporating the mountain bike park.

A full video highlight show from Dirt TV covering all the action from this weekend will be released on Tuesday to supplement their preview and rider and gear edits currently available at http://www.enduroworldseries.com/

It’s only getting more exciting on the World Enduro Series circuit. Who do you like for the win at Crankworx Les Deux Alpes next weekend?