Isabeau Courdurier (Lapierre Zipp Collective) snatched the EWS Crans-Montana win with a clinical display on a day when it took a puncture to slow down a hard-charging Hattie Harnden(Trek Factory). But it was a clean sweep of five stage wins for Canyon Collective’s Jack Moir who managed to hold off the precision and consistency of a resurgent Martin Maes (Orbea Fox Enduro Team) to take the win by 8.4s after nearly 30 mins against the clock in the Swiss Alps. 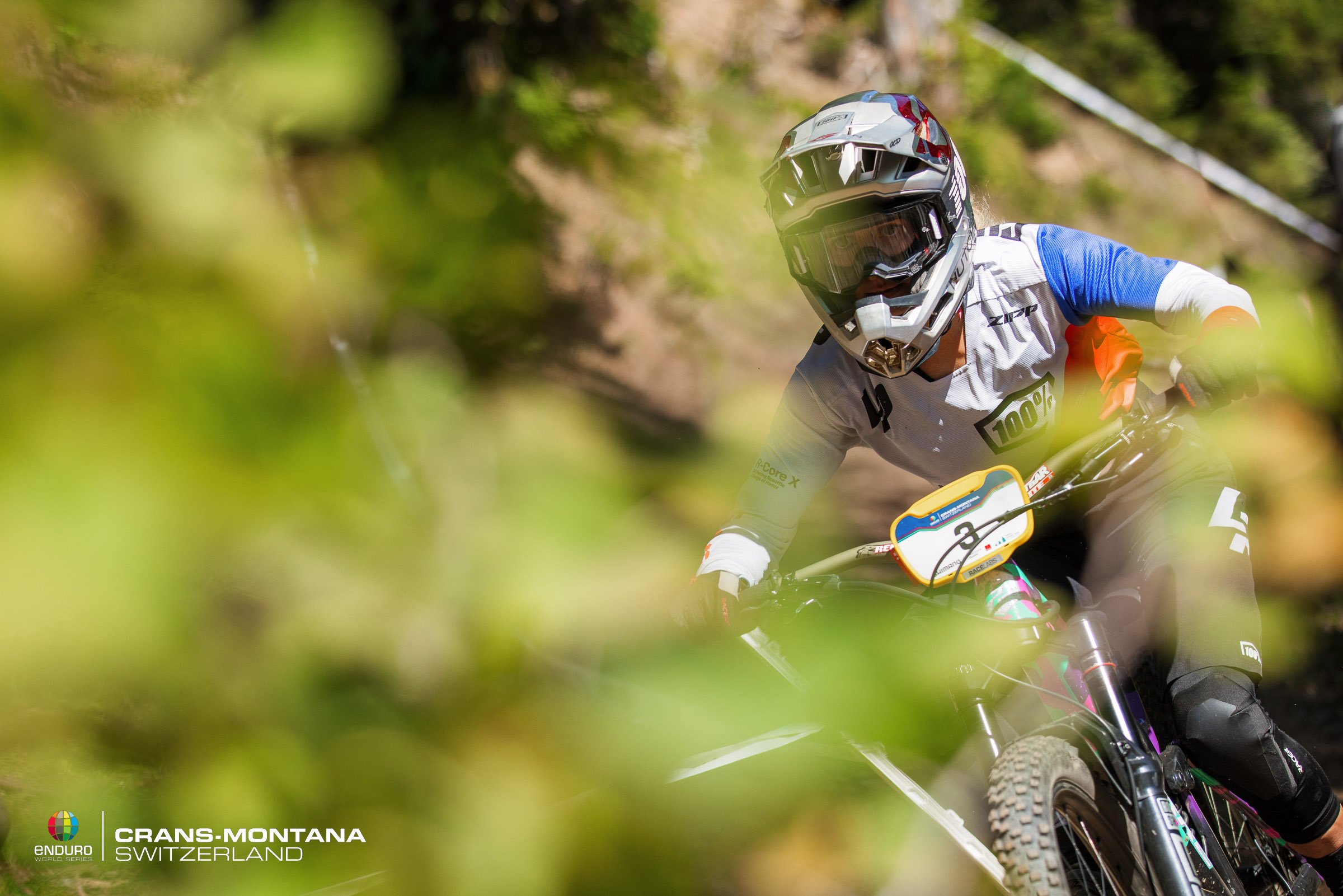 It was Britain’s Harnden who looked favourite to take a third EWS win of 2022 after starting with a convincing Pro Stage victory on Saturday ahead of France’s Courdurier. But Courdurier struck back with a win on stage two - coming in just 1/10th of a second faster than Harnden on the bike-park jumps and berms of the French Exit stage.

Then, after a high-Alpine liaison of around 90 minutes, riders dropped into the super high-speed S3 and the form book went out of the window. In front of her home crowd, Swiss rider Lisa Baumann of the Commencal Les Orres Team took her first senior EWS stage win by just 0.13s from Italy’s Gloria Scarsi (Canyon CCLTV Dainese). EWS 2021 champ Melanie Pugin was in third and Courdurier and Harnden were back in sixth and seventh on the shortest, but fastest, stage of the day.

But there was heartbreak ahead for the British U23 XC champ on S4, when a puncture saw her lose 10s to her French rival and go into the final stage 6.6s back. In the end Harnden managed to claw back just a fraction of a second on the final stage of the day and leave Courdurier to extend her series lead going into the title decider at EWS Loudenvielle in the French Pyrenees next weekend. Pivot Factory Racing’s Morgane Charre was rewarded for her consistency with a third place. Briton’s Ella Conolly (Cannondale Enduro) was fourth and GT Factory Racing’s Noga Korem fifth.

In the EWS Men’s it was a day when 2021 champ Jack Moir showed exactly what he can achieve. He remained focused and calculated to take every one of the five stage wins in a race when he was pushed hard by Belgium’s Martin Maes on almost every stage. Gaps between the pair would remain tiny throughout which meant any mistakes would have cost Moir the win.

After the disappointment of EWS Sugarloaf where a puncture and resulting 10-minute time loss saw Moir’s title hopes go up in smoke, the Canyon rider said at the finish that he ‘had no excuse not to send it’. Maes himself hardly put a foot wrong, notching up four second places and a third. Things were decidedly less smooth for series leader Rocky Mountain Race Face’s Jesse Melamed. A puncture and a high-speed crash on the final S5 saw the Canadian come down in 52nd place leaving him eight in the overall. And it wasn’t a great day for his closest title rival Richie Rude who had a huge, cartwheeling crash on S4, a stage that he looked odds on to win. 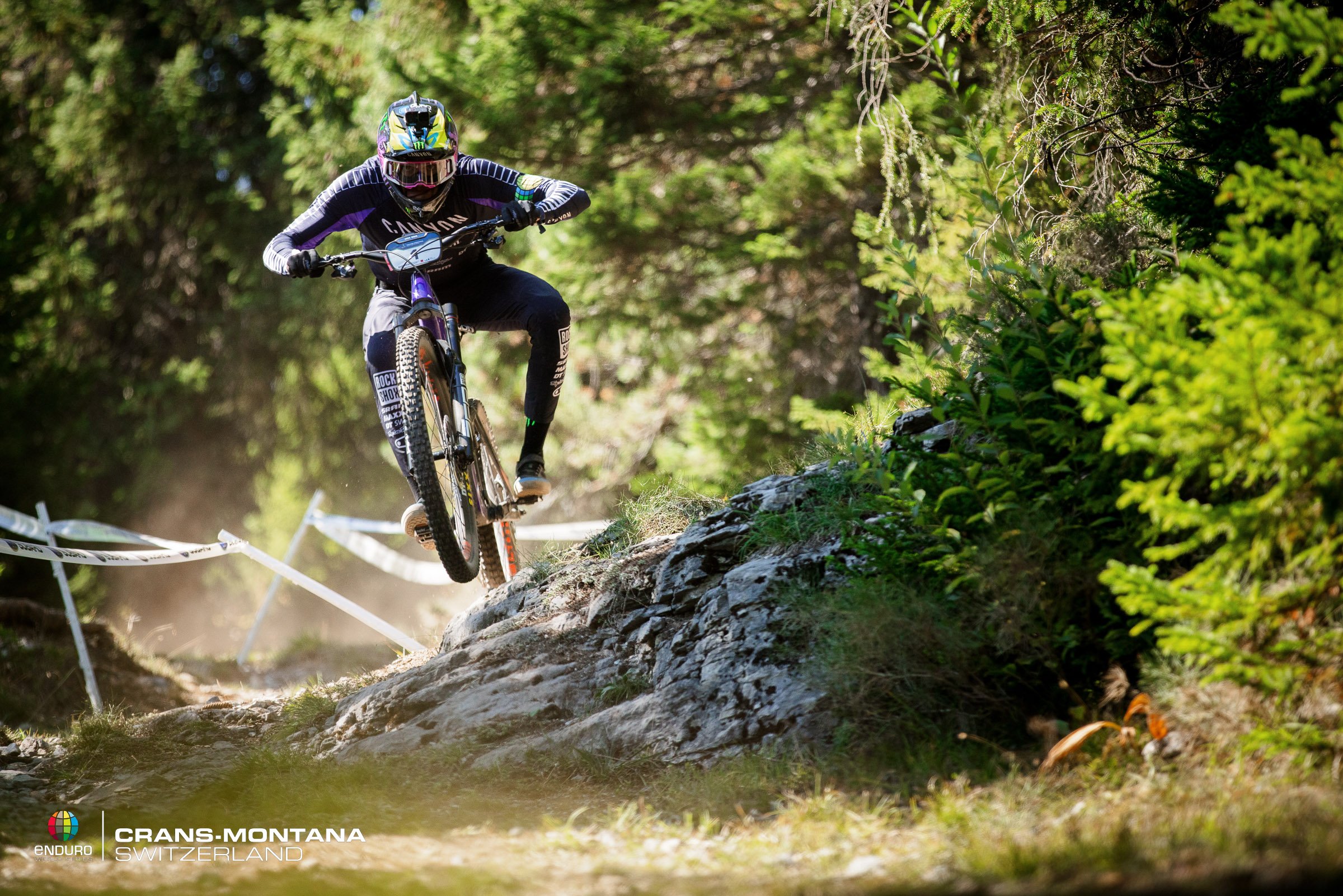