A young Belgian rider is said to have been caught with a motor in the downtube of her bike at the Cyclo Cross World Championships in Zolder Belgium this past weekend. Accusations have been flying around for years and recently the UCI has been testing for what they term as ‘technological doping.’  Femke van den Driessche’s bike was tested using a ‘tablet’ and then removed from the venue for further testing. The UCI says a look inside the toptube revealed unusual wires and when officials tried to remove the cranks they were apparently unable to – because they were attached to a motor. 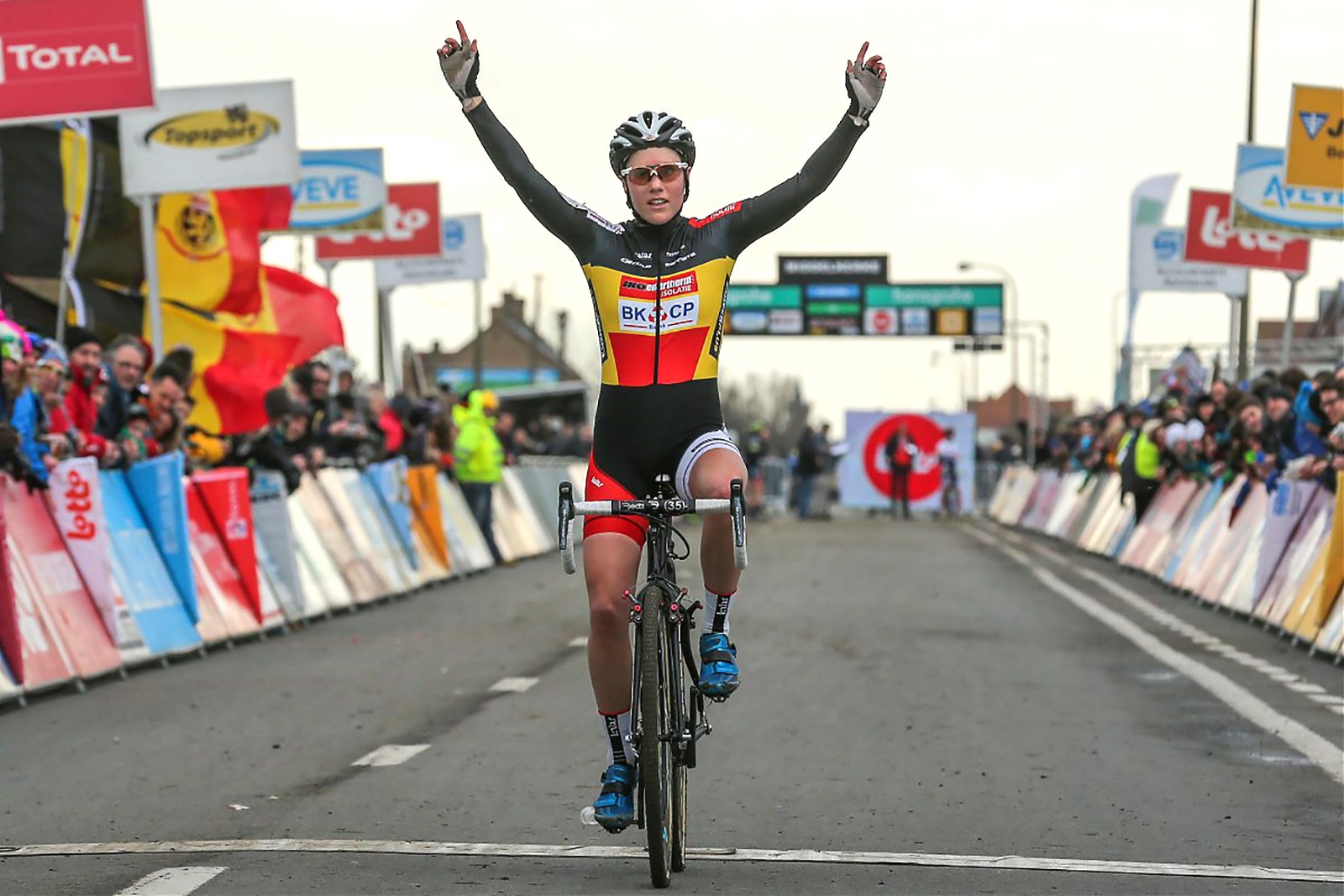 For some reason this all seems a little farfetched to me. Why would an Under 23 rider take that risk? And sadly the rewards for a female cyclo cross rider don’t seem like enough incentive for this sort of subterfuge.

The Belgian rider claims this is all a mix up: “”I knew absolutely nothing. The bike is from a friend, who trained with me.” Meanwhile her bike sponsor, Wilier Triestina, has already decided that she’s guilty and will launch a lawsuit. The UCI must bow to WADA for most doping cases, but they have taken ownership over tech doping and will hold their own investigations and determine penalties internally. 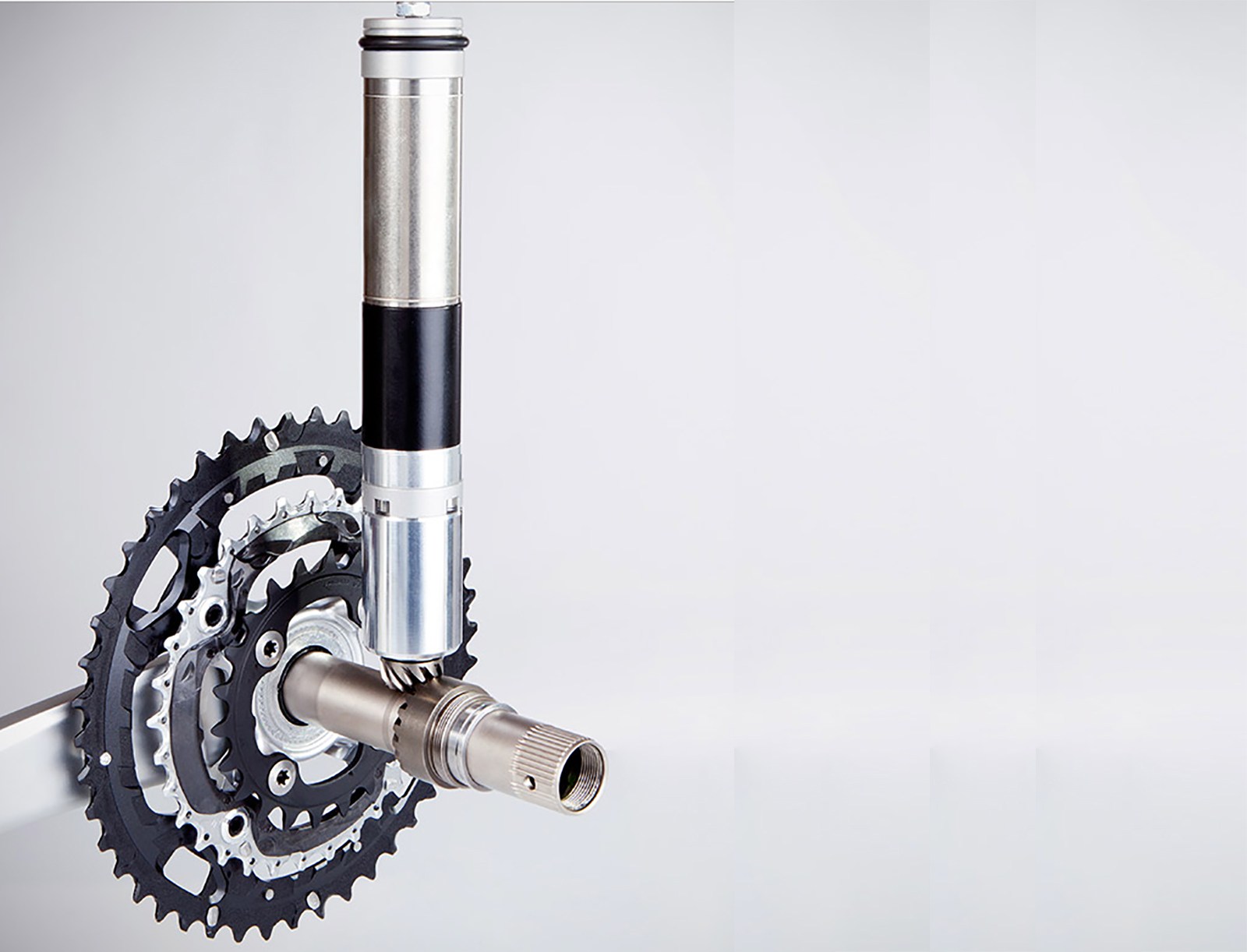 Here’s what the UCI says about the penalties for motor-assisted fraud:

The sanctions for Technological Fraud, according to UCI Cycling Regulations:

Rumours about tech doping have swirled for years. Notably these were aimed at Fabian Cancellara after several incredible solo efforts. Predictably Cancellara denied these claims but a video, featuring former racer David Cassani, showing a working system concealed within a conventional race bike, added fuel to the flames.

Ryder Hesjedal was tarred with the motor doping brush after a crash in the 2014 Vuelta. In the video below it appears that his rear wheel has made contact with the ground under the weight of his legs and has stopped. A close look reveals that the rear wheel hits the ground with significant force, seemingly enough to stop the rotation of an ultra light carbon wheel. But once Hesjedal clicks out the bike seems to accelerate on its own and then continue uphill into the path of a following motorcycle. Some have pointed out that perhaps the left brake hood’s contact with the ground could have engaged a button. Nothing was found subsequently and when Hesjedal’s bikes were checked and found to be clean during the 2015 Vuelta a España he dismissed the accusations saying, “it’s the most ridiculous thing I’ve ever heard of.” While it appears unusual, the video proves nothing and Ryder was never formally accused of any wrongdoing.

Also in the 2015 Vuelta a fan filmed a mechanic from team Movistar apparently ordering a soigneur to “hide the bike, and don’t let anyone see it.” They explained these actions saying the bike manufacturer wouldn’t want the media to see a broken frame.

Clearly these motors exist and have for some time. And it’s also clear they could easily be adapted to mountain bikes. Motors could certainly be useful in XC racing and Enduro and even on some downhill courses, at least the ones that can’t be won chainless. It’s even possible that tech doping has already occurred in mountain biking, and XC is the most obvious early target.

Let’s hope we don’t have to start ripping apart bikes before and after mountain bike races to check for this sort of wizardry, but it seems likely to happen in the future.

Should mountain bikers be worried?

Who cares what racers do go out and ride don't waste your time watching others do it.

"For some reason this all seems a little farfetched to me. Why would an Under 23 rider take that risk? And sadly the rewards for a female cyclo cross rider don’t seem like enough incentive for this sort of subterfuge."

There are dopers in Gran Fondos. People cheat for a ton of reasons. The fact is there was a motor in a bike at a significant race.

The who, how, why and when have yet to be spelled out, but there really isn't a good way for this turn out.

The rider on the first photo is Sanne Cant.

I know what most folks are thinking:

"Yeah, but mountain biking is a sport of doers… who gives a flying f***tress if the top pros have another way to cheat their way to a pay check… I'm all about shredding some brown pow with my bros & sistos, smelling - hearing - and sometimes tasting nature, and after ride wobbly pops… this doesn't impact me at all"

Maybe… maybe you're correct righteously naive mountain bike ripper… but fast forward to this spring… you know that guy-or-gal in your ride group with the full time job and the epic hamburger addiction who hasn't been around this winter? Oh sure, they tell you "I've been getting up every morning before work… rain - snow - below zero - apocalypse… and doing hill intervals on my road bike" and "on Sunday I pull my kid 50kms in the trailer for a coffee and some family time on the other side of town, so I can make sure I'm getting my spin on 7-days a week"… and heck, I guess it is possible that they are "way more fit" and it's just the daily dosage of malt beverages that have them looking exactly the same as last year… right?!

And now they're ripping up hills while holding complex conversations about how much they'd prefer a wide range - wide chain - 5-speed groupo over the close ratios but lackluster life and poor chainline of 1×11 (12?) while you're trying not to blackout… not to mention the disgusting taste of puke-and-or- blood rising in your mouth, or the fact your lungs are now an external organ on account of vomiting them up along with your heart and pancreas… and you're thinking "I wonder if there's an app available that will let me scan that bike for a hidden assist motor?"

And of course you can't just pull their seatpost out for a quick confirmation because, "dude", their stealth routed dropper has a hose that is too short…

Every time I watch the Hesjedal vid it I can't accept that's not motorized. Although the cranks aren't moving how does the bike propel itself like that? Shame really.

Electromagnetic wheels are the next thing $$$$

Slight digression: now that Enduro isn't all just beers and high fives…..I wonder when we will start to see doping on a serious scale at the pro level. Where there's money and careers…
But if the EWS is not under a governing body I guess it will just be a free for all?

I just kinda assume the top guys are all cheating these days. I cheer for the bottom 50 riders in the tour de France, believing those are the last honest guys.

Bike racing just fell to the bottom of the credibility pile. The consequences will touch all divisions of the sport via loss of sponsors. Upside for MTB is it's tougher to hide the on/off switch without bar tape. There is a photo of Femke at the Worlds in which it's clear she's running mechanical shift/brake levers yet has an odd tape job on the RH drop under the shifter clamp - which could be a button (similar to what Cancellara appears to thumbing in the video above).

just an edit: Belgium people are not dutch, they are Belgians, dutch are from Holland AKA the Netherlands, and as it turns our she Is from Asse, Belgium (insert childish giggle here), kinda fitting if the if she is truly guilty.

I absolutely know that. I've spent time in both places and know that most Belgians speak Flemish as their first language but that almost a third speak French. I have cycled through both Belgium and The Netherlands, through the Ardennes and then through the border at Maastricht, finishing in Utrecht where a friend was living at the time. This was a terrible mind fart but not, as it may seem, total ignorance about the world! Pretty humbling though - which is always good. I will edit. Thanks. And sorry!

Maastricht is one of our favourite places to go. My sister in law's family still own a Chinese restaurant at the city square. Next time I go, I will bring my bike.

I just noticed that I called her Belgian in the beginning of my piece and Dutch further along. Although that makes it worse in some ways! lol

This is simultaneously sad and hilarious.