Only a handful of athletes have successfully pulled off ‘the crossover’, competing professionally in more than one sport discipline.

Back in the late ‘80’s, it was Bo Jackson; the multi-talented hero of North American pro-sports who played both baseball and football at their highest levels, and one of the few athletes to ever be named an All-Star in two major sports. 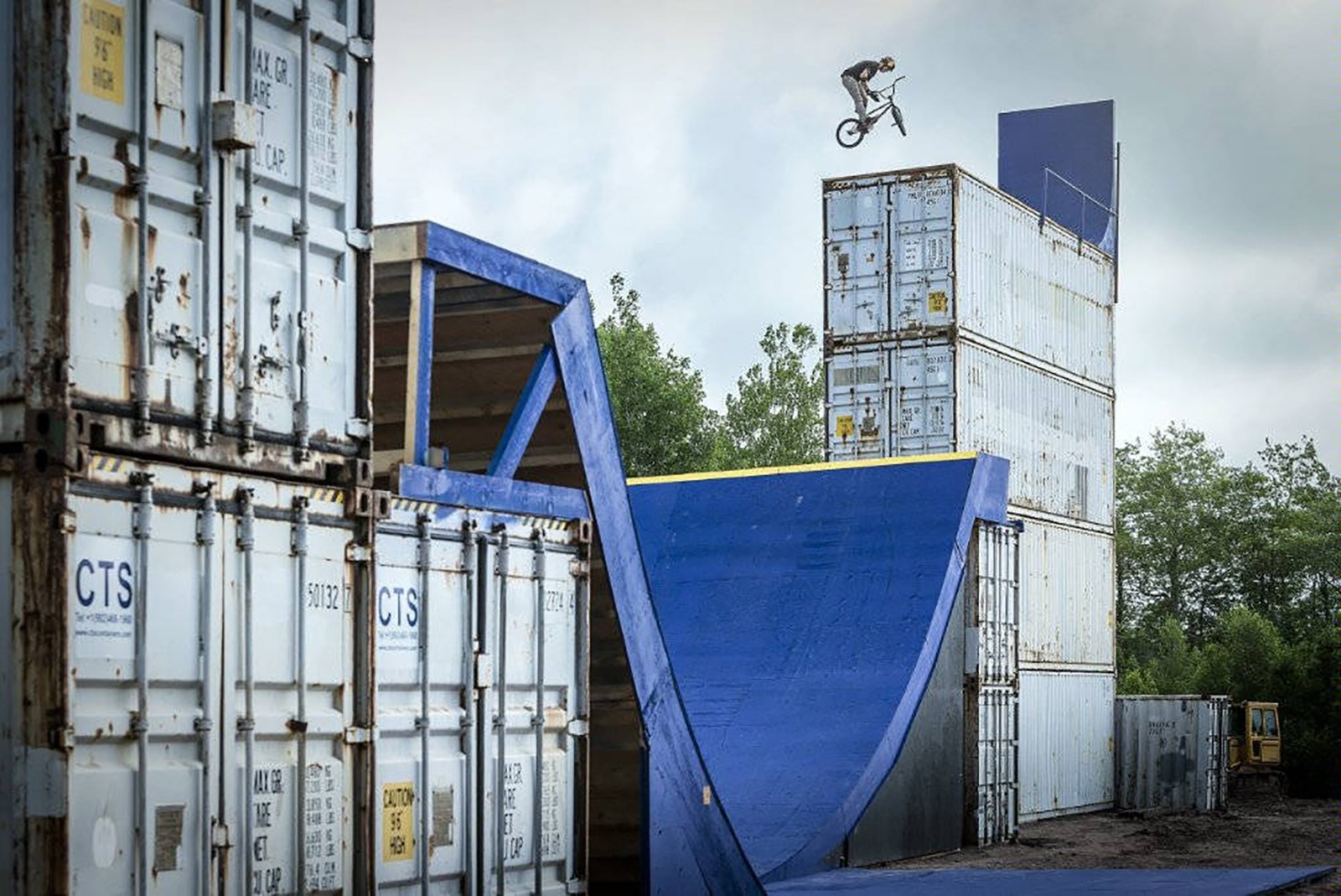 A guy who rides like this might have some of the top slopestyle athletes a little worried.

In the world of action sports, athletes like Shaun White have claimed X-Games medals in snowboarding and skateboarding vert – and even taking a shot at competitive surfing.

Now, Drew Bezanson intends to join those ranks as he enters the world of Slopestyle Mountain Biking this season with the goal of competing at Red Bull Joyride at Whistler this coming August.

There’s no doubt it will be a tough road to Whistler, but there aren’t many people out there more suited for the challenge. Read on as Drew talks about his plans for the upcoming season, the challenges he’ll face and if he will really leave BMX for good…

What made you decide to seriously consider competing in slopestyle MTB?
What really made me want to compete in Slopestyle MTB was the courses. Every Slopestyle course was exactly what I love riding on my BMX; big dirt jumps, flat drops and step on step off features. Then Crankworx sent me a tweet last summer when Uncontainable dropped saying I should compete at Red Bull Joyride next summer – I wasn’t sure if they were kidding or not, but I’m going to take it seriously! 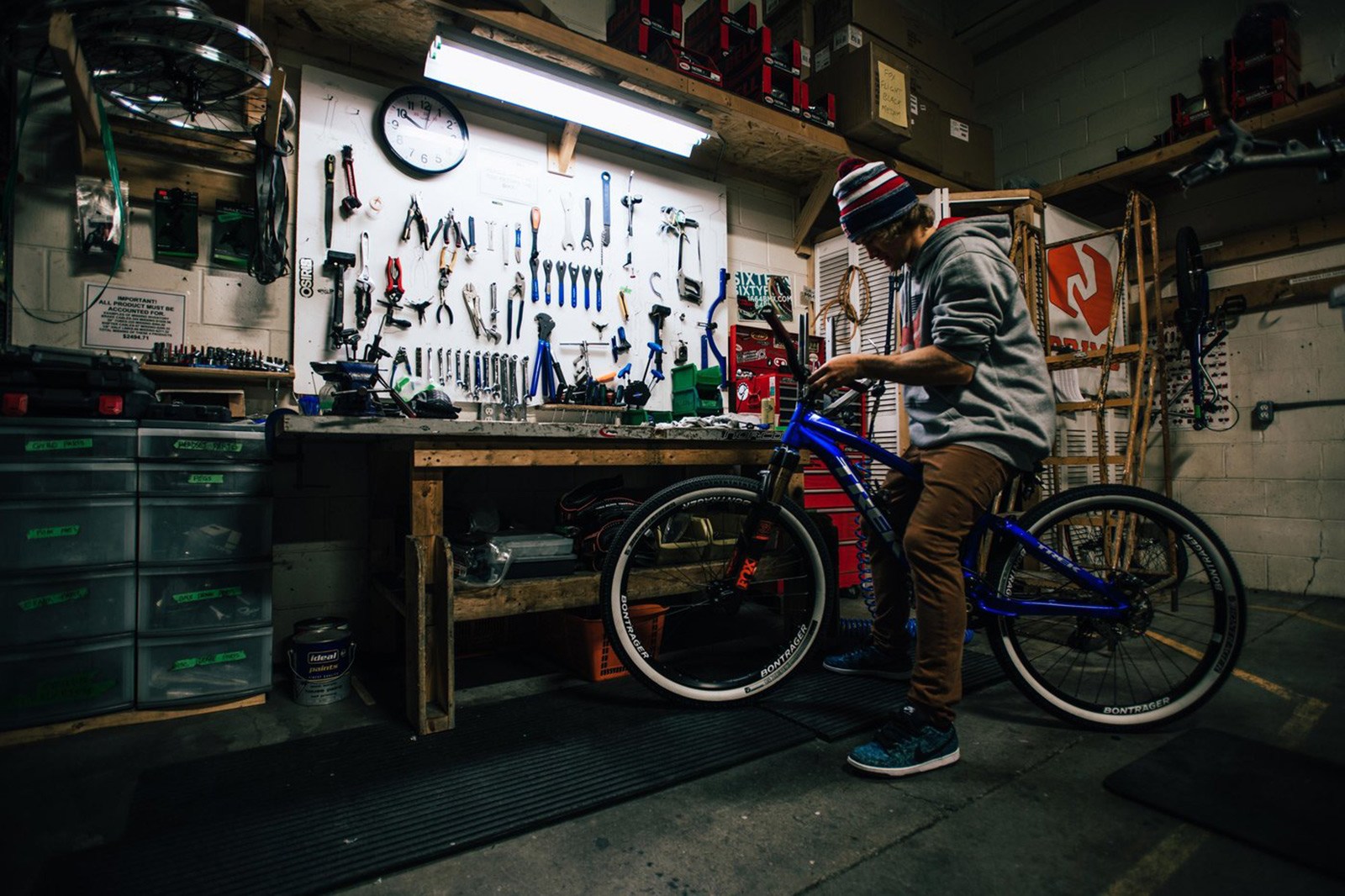 It turns out Drew is riding a Trek – just like Brett Rheeder and Brandon Semenuk.

Let’s talk about Uncontainable. That was a quest to go even bigger and defy the limits of conventional BMX parks… did you foresee slopestyle as the next step during that project?
No, never did I have mountain biking in mind while doing Uncontainable. That was just something I wanted to do for myself, I just wanted to ride bigger versions of what I love to ride on my BMX and push my ability. 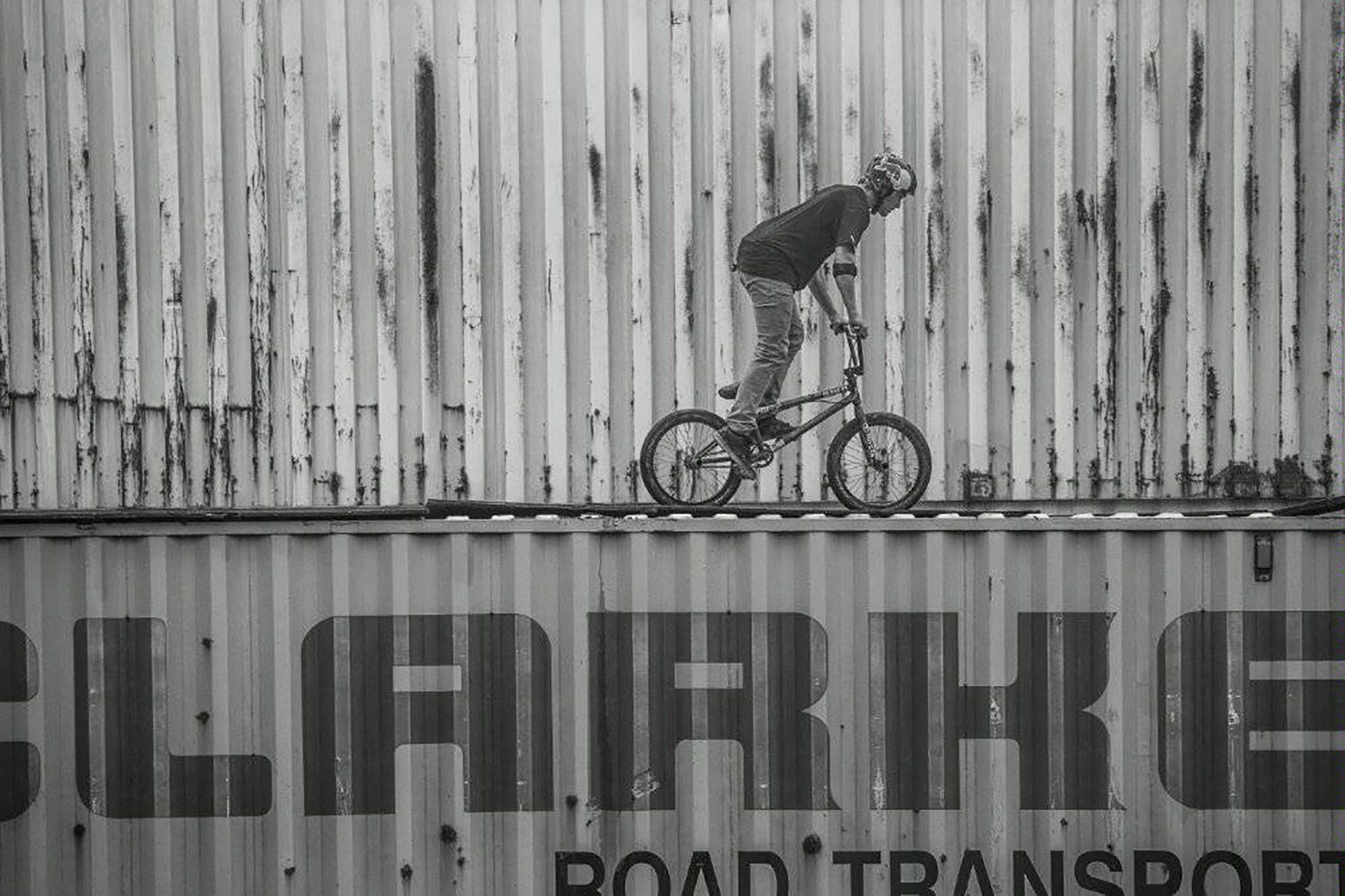 So what is your ultimate goal taking on the world of Slopestyle?

My ultimate goal is to come in and be competitive while having fun. I just want to take full advantage of the opportunity I have before me.

Any predictions? Do you think you’ll do well in the contests, or have any advantage over the competition with your BMX background?
Yeah, I think I’ll be able to do pretty well with my background in motocross and BMX. I think from racing motocross, it will help me be a bit more comfortable on the courses and larger bikes. But from the BMX side, I think it will help me in the way I look at the courses, and the ideas that come from having ridden BMX my entire life.

What do you think will be your biggest challenges entering the sport? What will you need to adapt to?
I’ll need to get more comfortable with the different types of course features beforehand. They are a bit different, and there aren’t too many places you can go and ride a full slope course.

How long have you been paying attention to slopestyle MTB? Are there any athletes that inspire you?
I’ve always watched MTB growing up. I had a lot of friends that rode, but I really started paying attention to slopestyle in the last four or five years. Once I got to know some of the riders like Brandon Semenuk, Brett Rheeder, Brayden Barrett-Hay and a few others, it was fun to follow them and root for them and watch where they take this sport.

So is this the next major step in your career? Do you feel like you have outgrown BMX altogether?
I will never be able to outgrow BMX, that’s impossible. It’s my number one passion. My love for bike riding is just growing that much more and I’ve realised that I enjoy riding every style of bike.

How are you planning to prepare for your first contest, and what does the qualifying process look like?
My preparation leading into my first contest will just be a lot of seat time on the bigger bike. Figuring out which tricks transfer over easily from BMX and work well with the bigger bike will be my main focus. I’ll definitely try and do a few trips to ride similar course setups to the ones that will be on the contest circuit to try and get my feet wet. 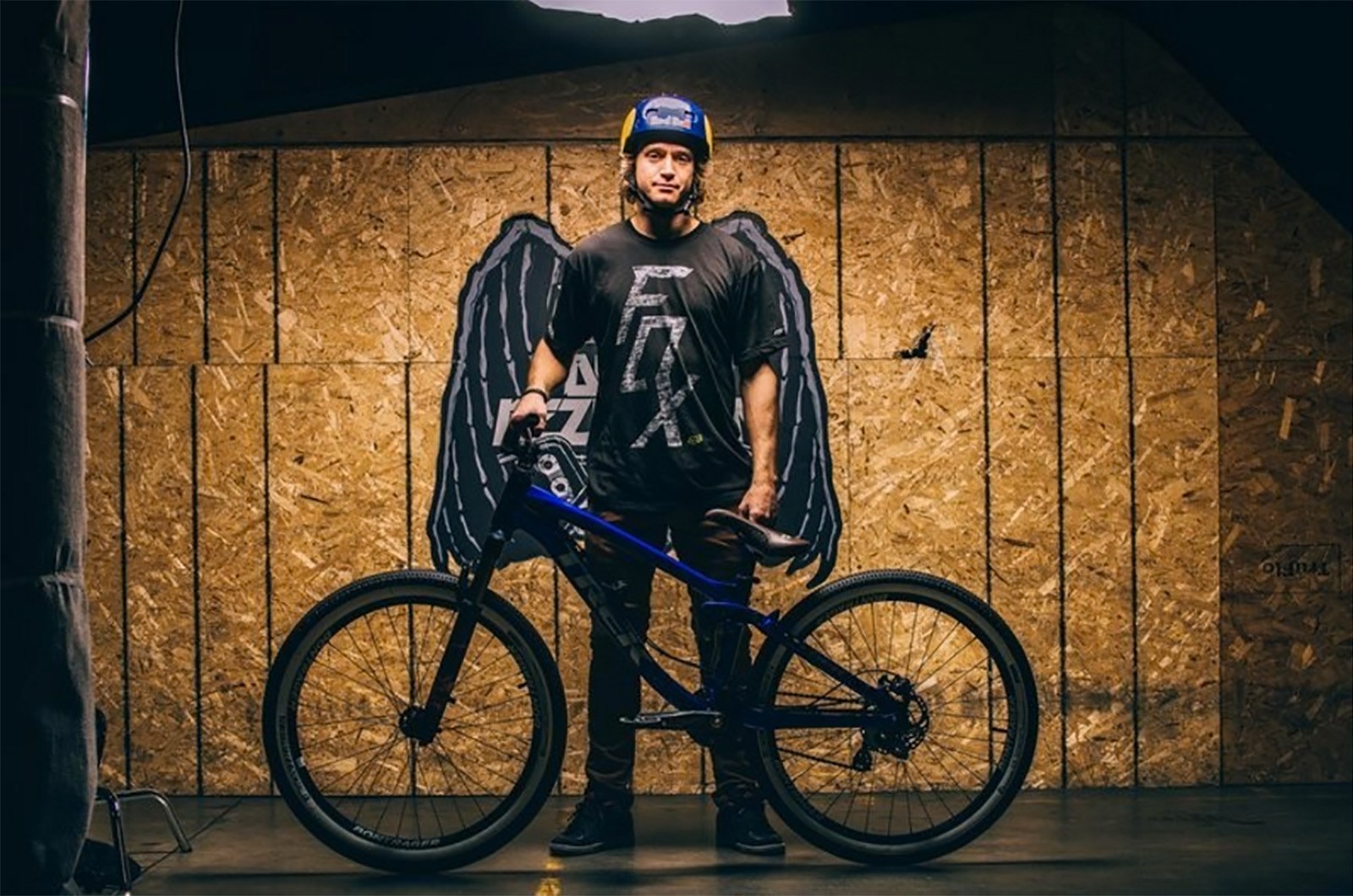 What has changed to make top BMX riders switch to big wheels? Nicholi Rogatkin, then Ryan Nyquist and now Drew.

This week, Drew will visit Crankworx Rotorua on a recon mission to get better acclimatised with the contest scene and competition. But in order to earn a spot in the start gate and compete with the best slopestyle athletes in the world, he will need to prove he can hang just like any other rider climbing the ranks on the FMB World Tour.

In order to qualify, his first stop will be the Swatch Rocket Air from April 29-30, which is a wild card event for the Crankworx Les Gets contest later in June. A win at Crankworx Les Gets could qualify Drew directly for Crankworx Whistler and Red Bull Joyride. Otherwise, he will have another chance at the Colorado Freeride Festival from July 28-31, which is a direct wild card event for Red Bull Joyride.

What is drawing BMXicans to MTB?

Money is tight in bmx compared to mtb.

That's pretty much the same scenario as what happened many moons ago when Paul Basagoita borrowed a big bike and melted everyone's face off at crankworx.

I'm fully expecting everyone to get destroyed by the bmx guys.