When you think of Rampage, what images come to mind? Massive orange and red striated cliffs? Rooster tails of dust billowing behind riders as they maneuver their way down the jagged face of a Virgin landmark? Riders redefining what is possible on a bike? Slow motion replays of helicopters hovering, or the echoing announcement of, “Rider X dropping in 3…2…1. Rider X on course!” 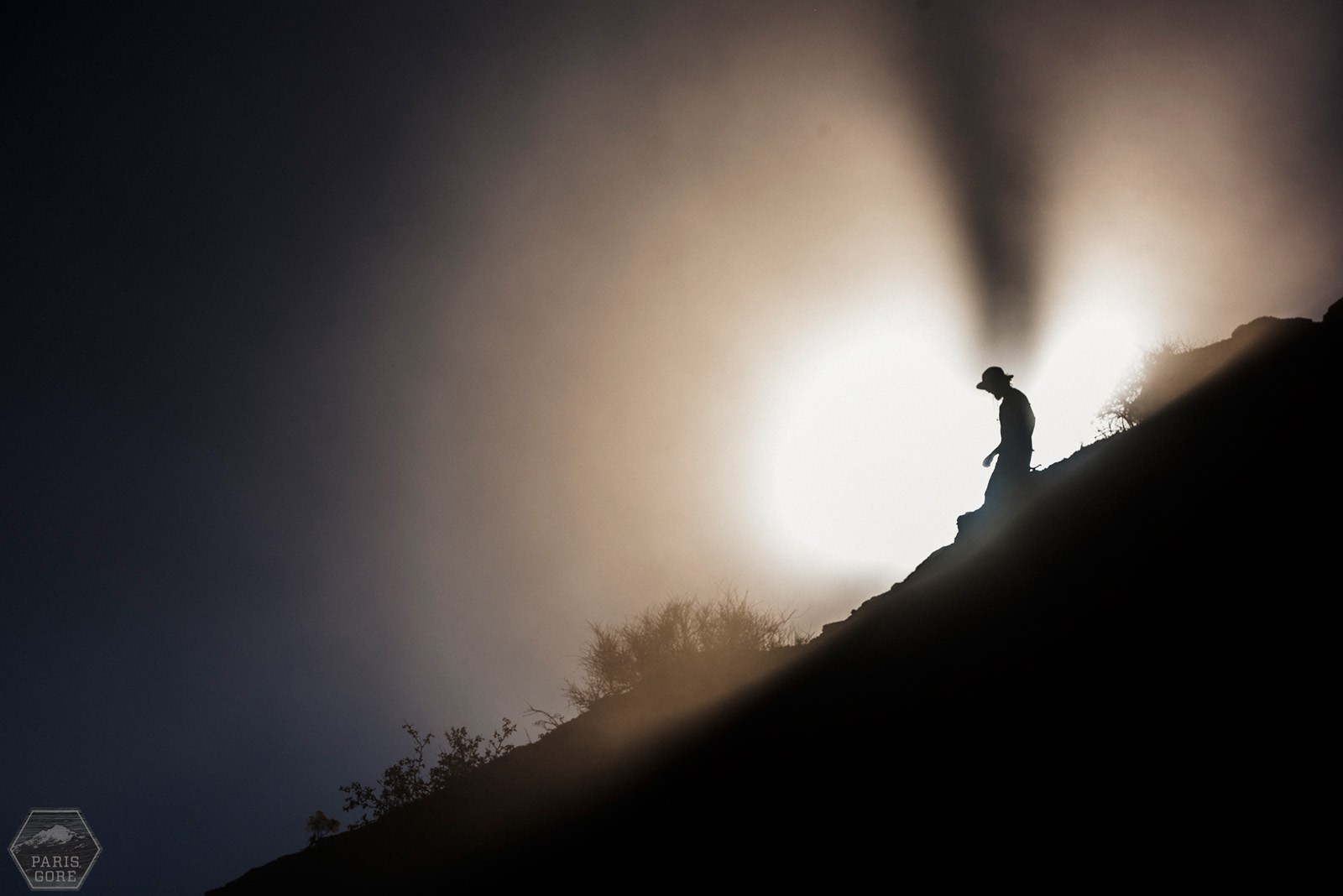 Perhaps you don’t think of the months that go into envisioning a line down the mountain. Maybe you don’t give much thought to the blistered hands, sunburnt backs, and stolen tools that the builders endure. It’s entirely possible you haven’t considered the immense pressure they’re under to ensure the safety of their rider is as concrete as is humanly possible. Even then, there are other forces at work waiting in the shadows to wreak havoc. Wind, thunderstorms, flash flooding…the mere threat of weather can thwart any best made plan. 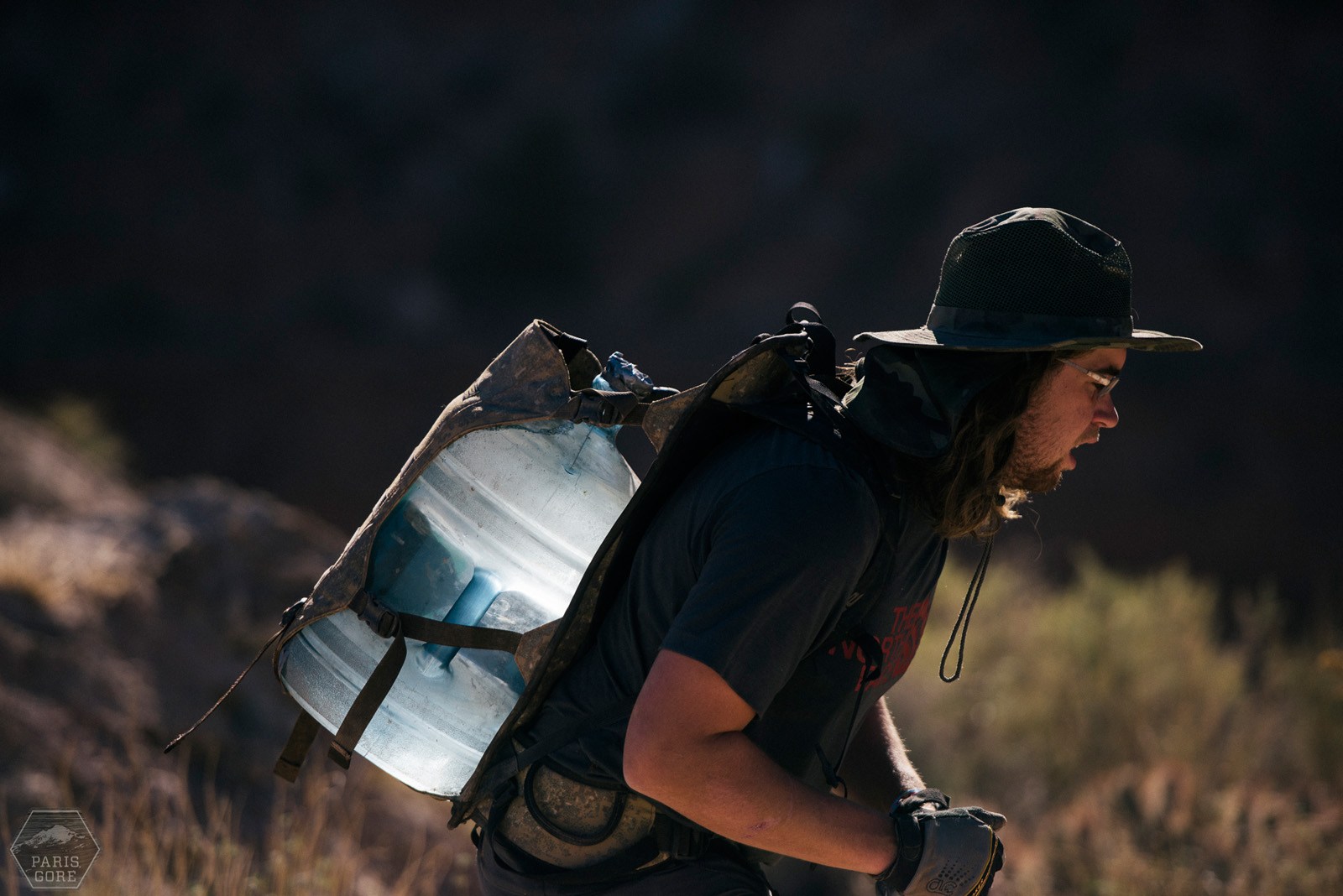 Gravity-fed biking is predominantly an individual sport but Rampage offers something entirely different: a genuine team effort. Simply put, without the diggers there would be no Rampage as we know it. Before we ever even get to qualifications, riders and their teams spend six days* from sunrise to sundown hauling water uphill, chiseling rocks, stacking sandbags, inhaling copious amounts of dust, and passionately defending their lines against the constant threat of poaching. (*Six days are the maximum allowable build time as prescribed by the event organizer. Without that restriction, some riders and their build teams would likely spend weeks carving out their line.) 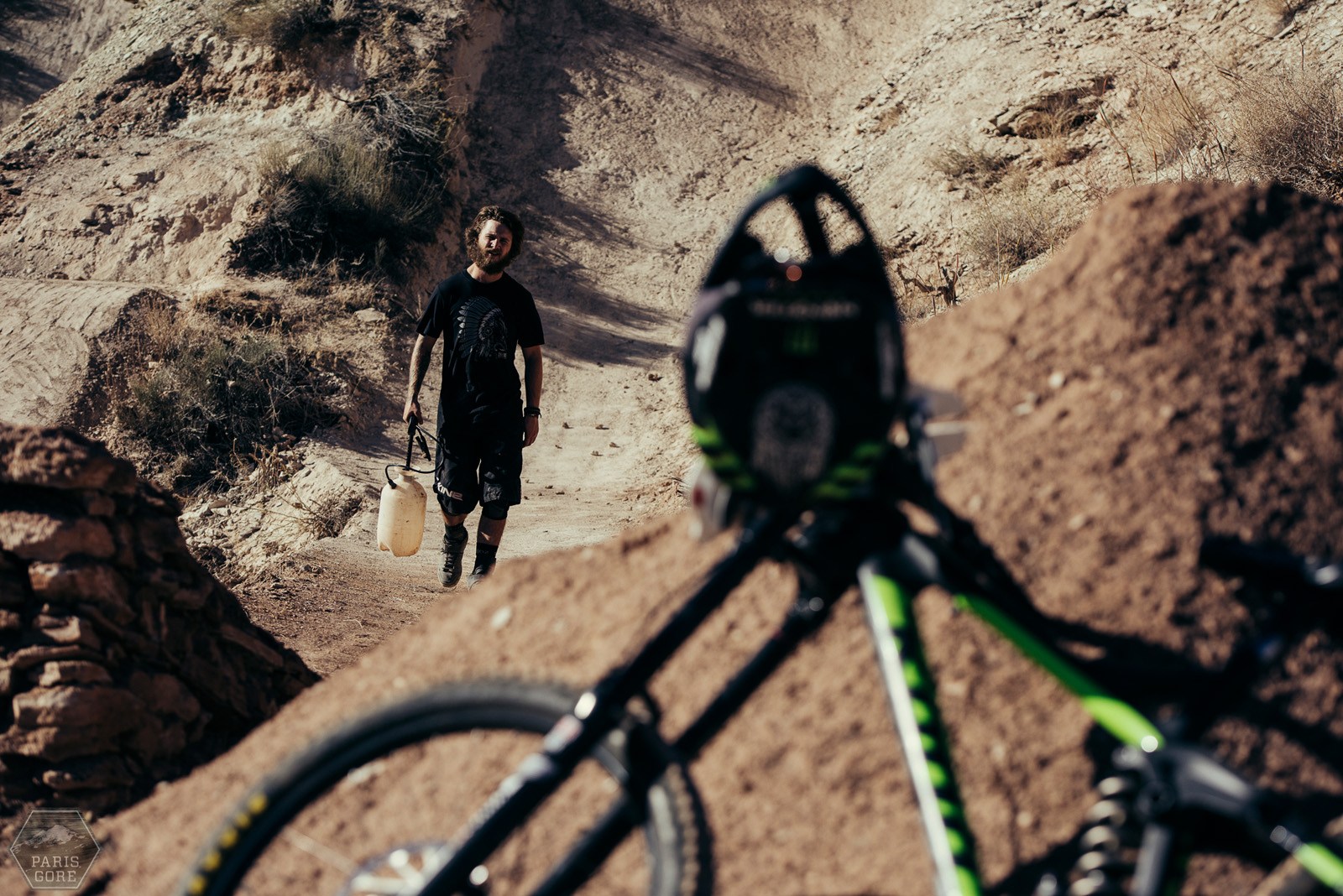 Behind the scenes at Rampage is a world that many of us will never experience firsthand. The ever-present negotiations of terrain use are top of mind throughout the week. Riders rely heavily on their diggers for advice on speed, trajectory, and timing. Meanwhile, the diggers are thinking beyond just the competition. Their work could be forever memorialized in a cover shot on a major magazine. Perhaps a video clip of a feature that someone impossibly tricked will live on well after the champagne has dried on the podium. 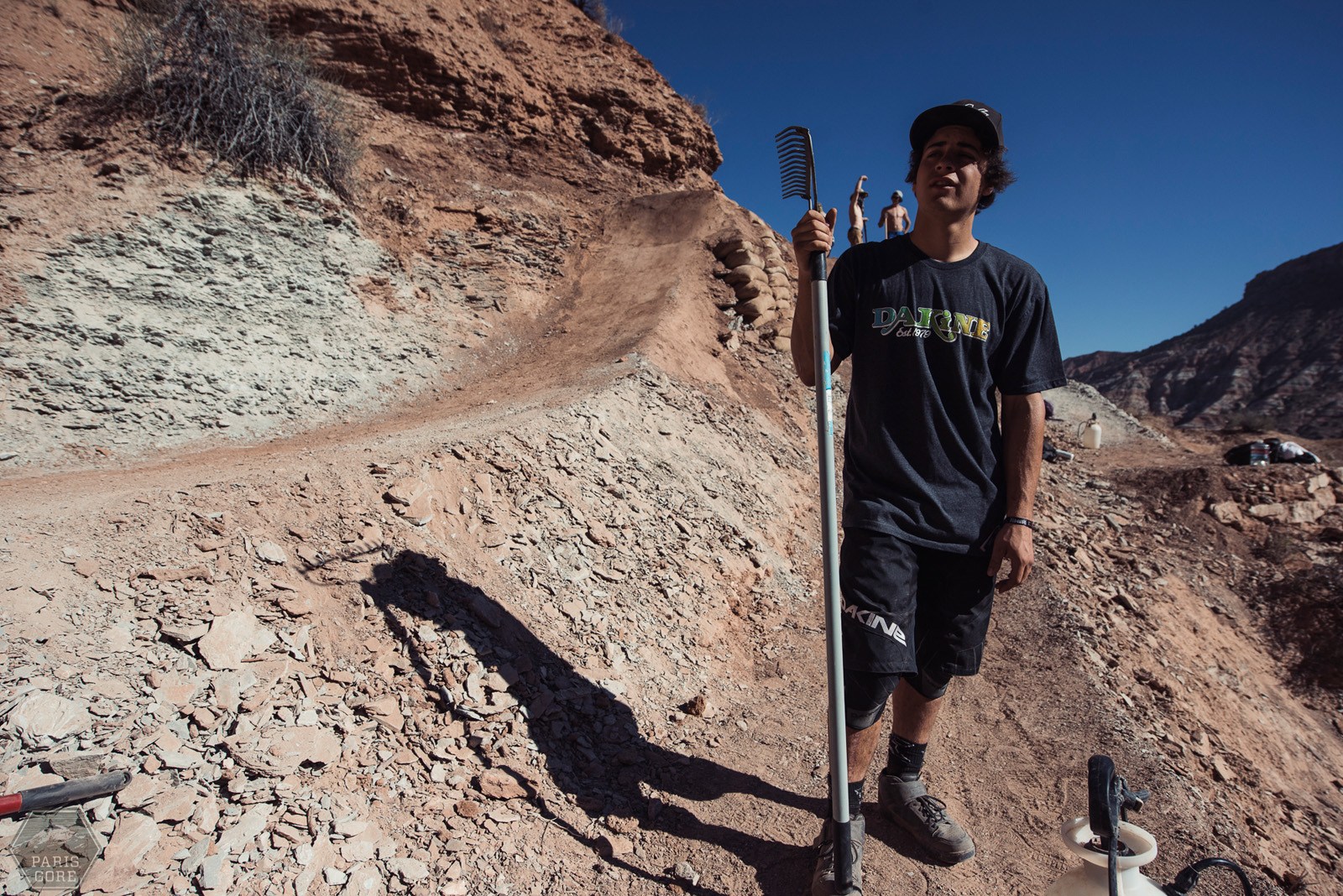 Of course the possibility of injury looms in the back of everyone’s mind throughout the week. It’s as easy as missing a line or a landing by inches, yet the builders and riders are true professionals, and are fully aware that the risk they take could seriously outweigh the reward. Still, they build. They climb. They watch the wind. They ride. Some go big. Some won’t ever see the finish line. And while only one team will win the event, they all win our utmost respect. 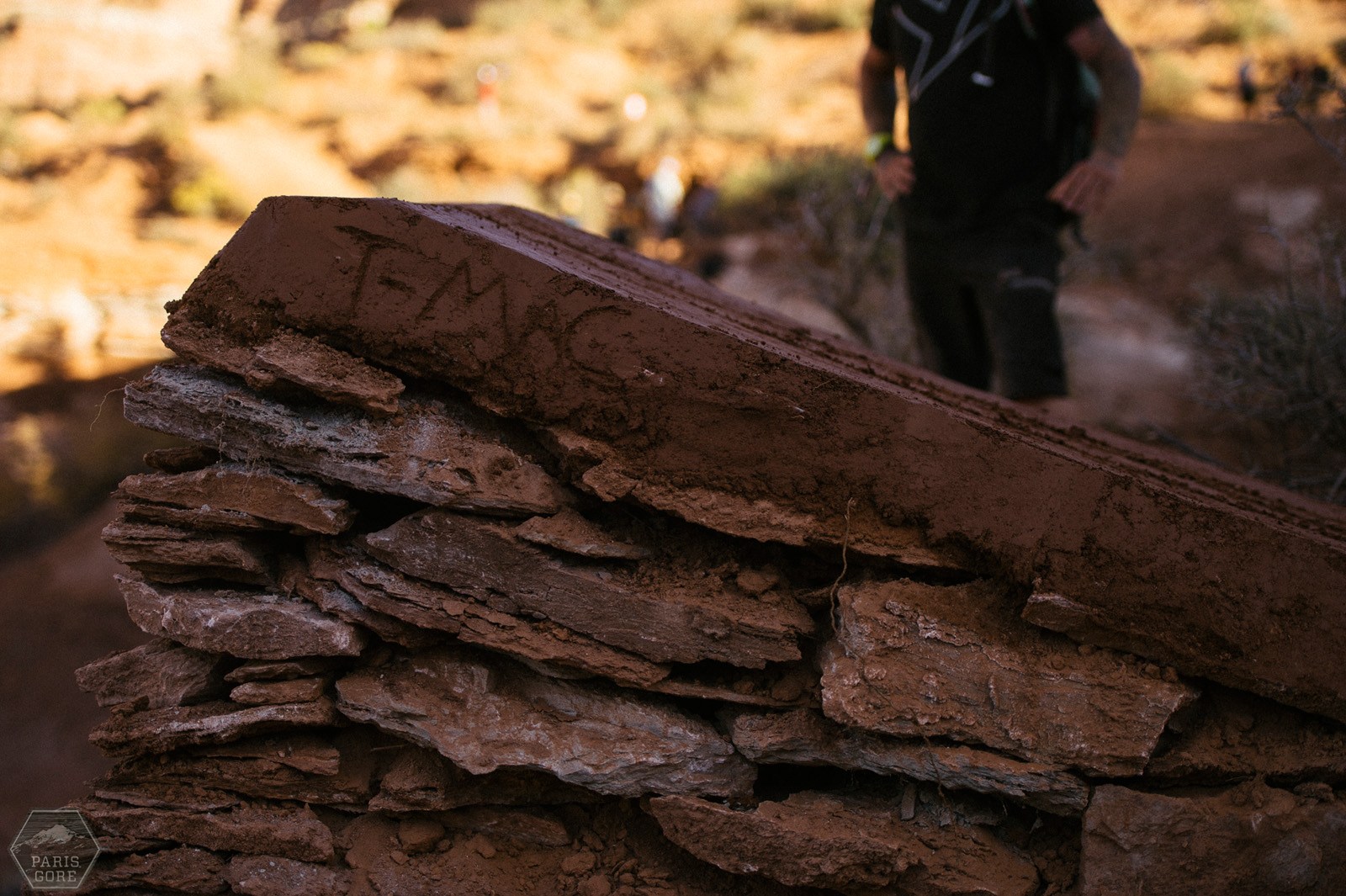 The weather-influenced decision to remove the final practice and build day from this year’s event threw everyone into a last-minute frenzy to finish digging and test lines as the sun dropped behind the horizon on the evening before finals. The stories of Tyler McCaul, Carson Storch, and Graham Agassiz’s teams are as different as Rampage is to the Tour de France. Injury, disappointment, camaraderie and eventual glory paved the way for mountain biking’s grandest stage, and perhaps our sport’s most controversial event to date.

Would you like to join the ranks of the unsung heroes of Rampage?

Right on Caleb. Glad you liked it.

I'm surprised this hasn't attracted any comments yet. I really like it- the photography, the writing, and the film. Alex Reveles must be one of the most passionate MTBers out there. Lots of passion from everyone though.

Thanks for the kind words, Nat, I'm glad you enjoyed it. We think Lacy and Jasper did a great job and shed some light on an unknown angle of the event.

Vids like this are often a slow burn for people. It's 17 minutes long and hard to watch at work, but I hope people take the time to watch it. We're interested in telling all the stories, not just the ones punctuated by guitar riffs and huge air.

Thanks Nat! I'm glad you had enough time to enjoy it.

Impressive article, Thanks for sharing with us.If you are the user of windows 10 then you must have to learn that how to set alarm windows 10 in just few steps without any interruption. Alarm is really useful for all it helps your to get reminder about your work on time.

This is what adventure is all about and a lot of people doing it every day to feel the nature. I watch a few videos on https://www.australian-writings.org/ which motivates me a lot to do this type of activities at least on Sunday.