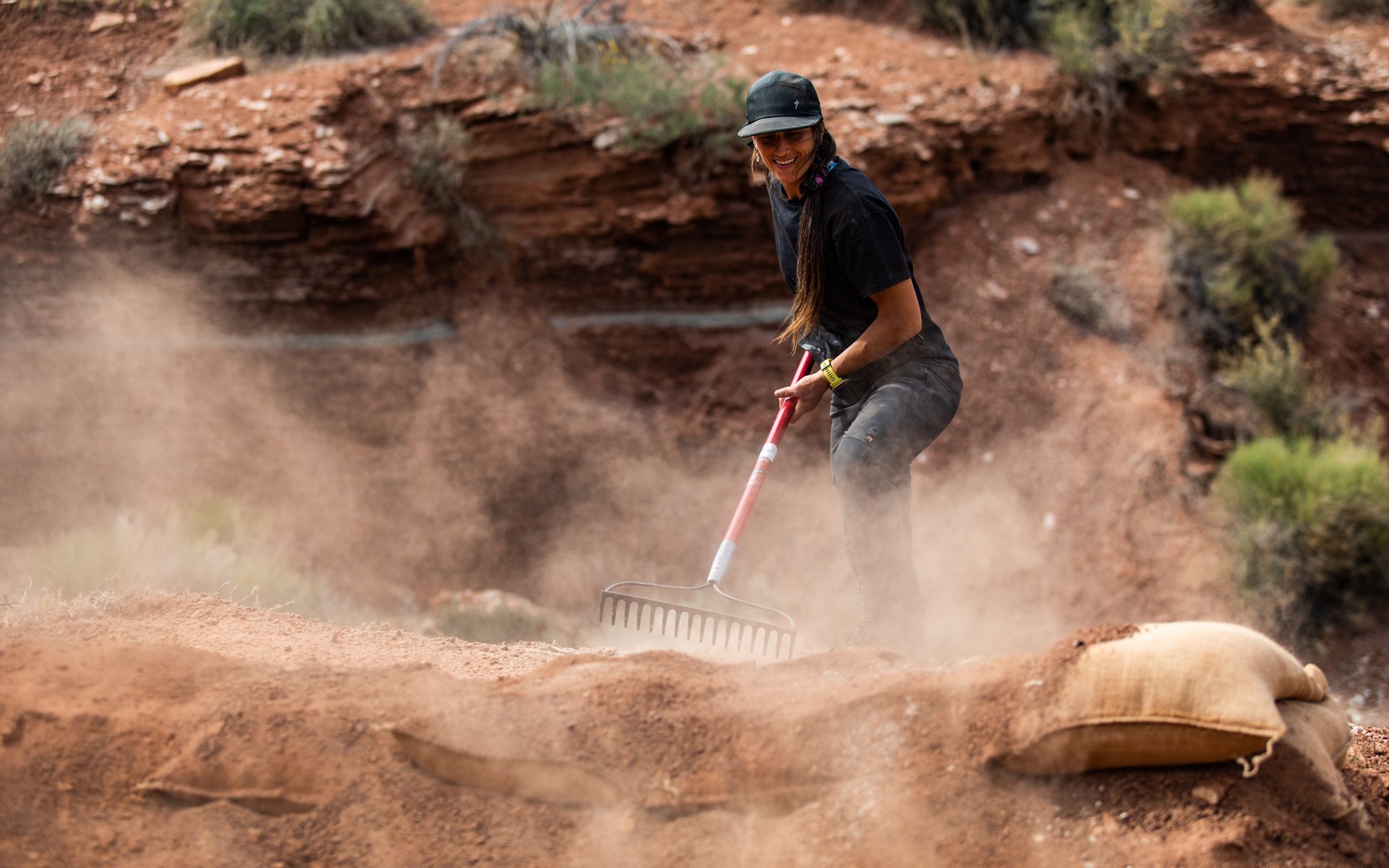 Hailey Elise is down in Virgin, Utah to cover Red Bull Formation. This is part 1 of 3 articles she's preparing to help us all understand what's happening down in the Utah desert. You can also follow along on NSMB's Instagram and Facebook stories, which Hailey is updating daily.

It's easy to understand that diggers that work for a rider at freeride events have a deep passion for mountain biking. After all, shoveling dirt for hours on end in the desert heat has to pay off somehow. And it does. Diggers that attend Redbull Formation do so in order to learn more about the art of sculpting features, a chance to ride with the world's best female freeriders and for some, with a hope that the time put in and the relationships built will lead to their own spot at the event in years to come. 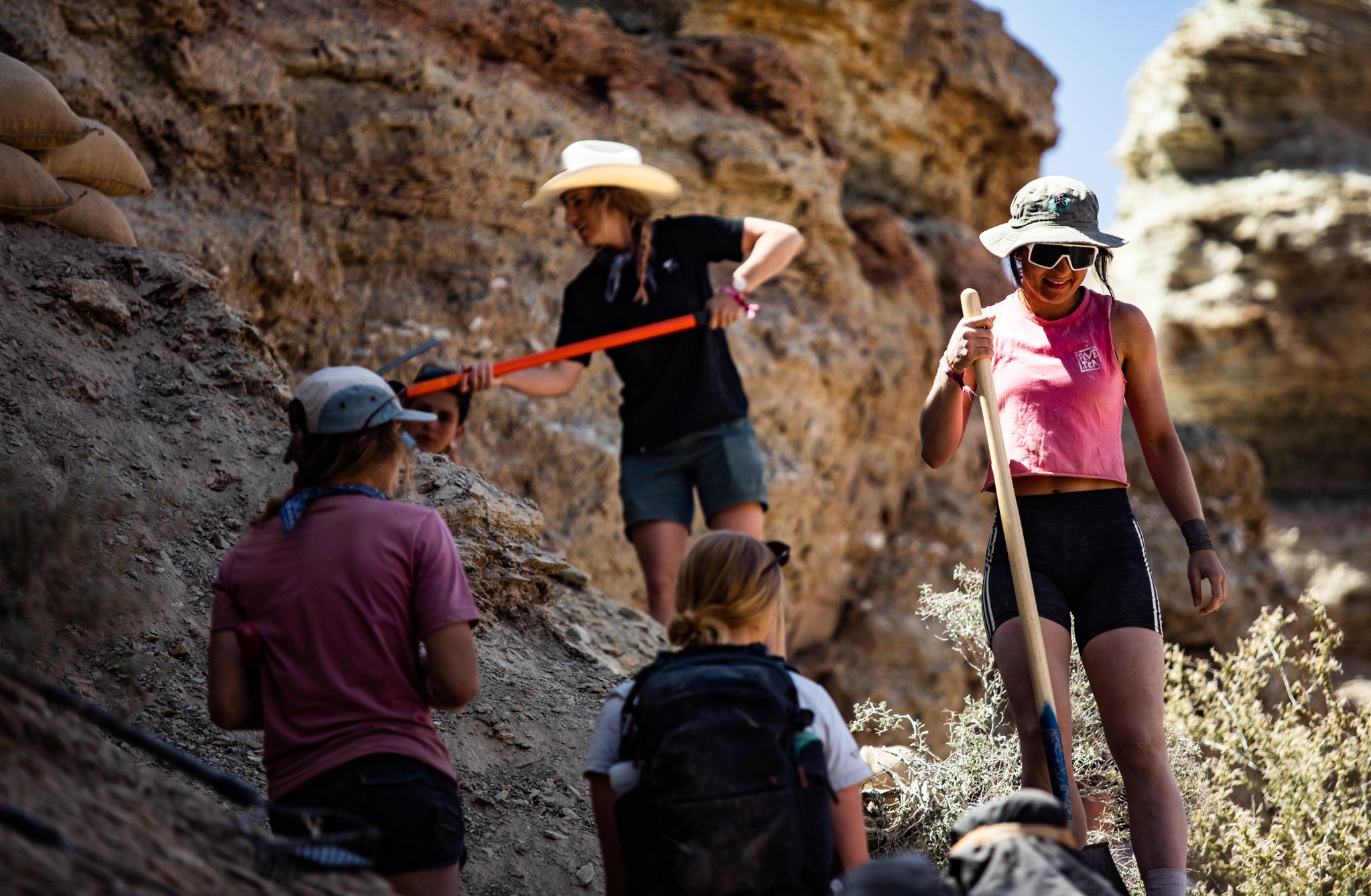 There's more to freeride than the hits. 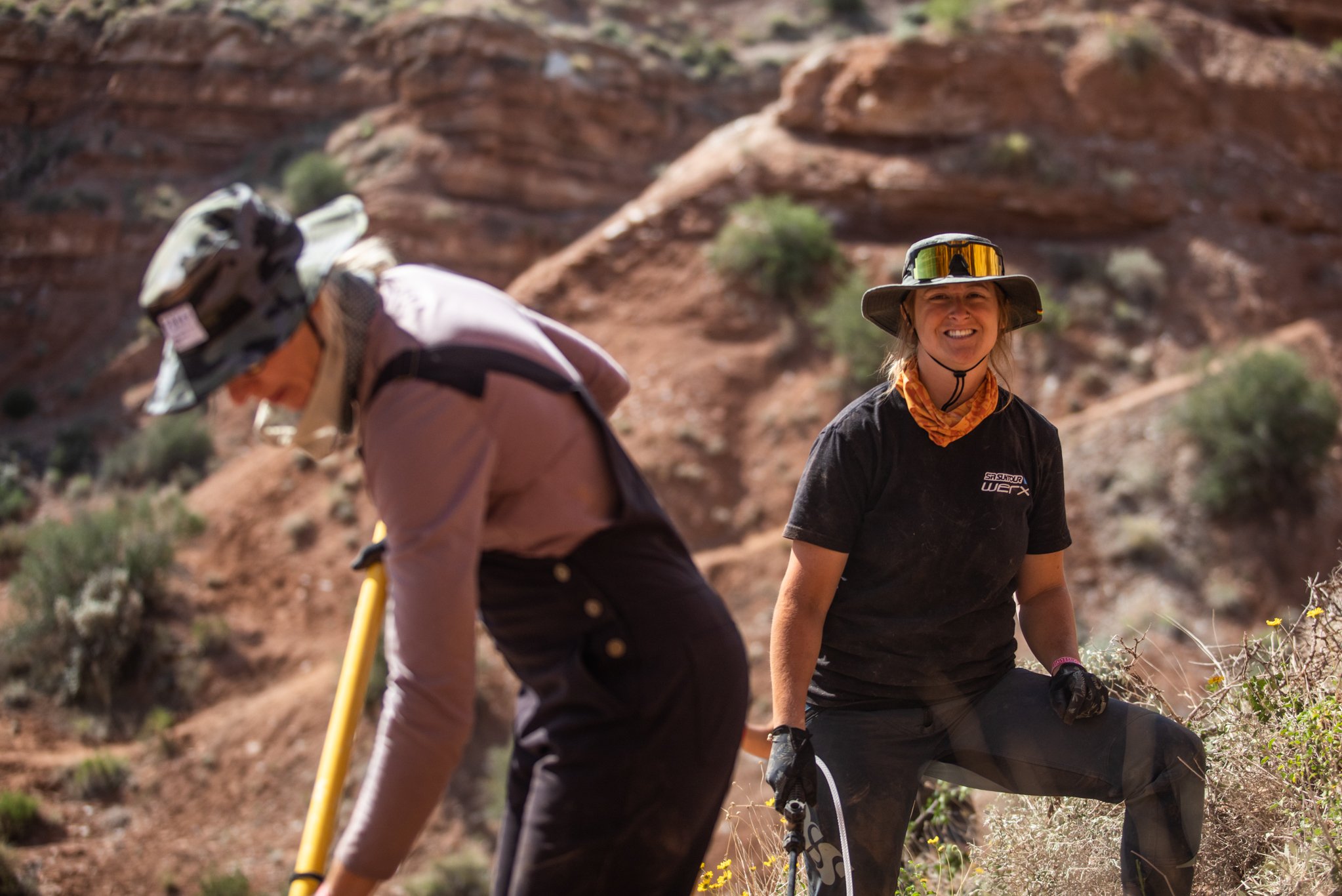 Brooke Trine takes a break while digging for Chelsea Kimball.

Years digging at Formation: One. Brooke isn’t new to the desert. A talented freeride and slopestyle athlete, she’s been living in Virgin for the last 3 months, trying to get better at riding this type of terrain and dirt. Her plans are to continue to purse the best freeride training grounds, moving north of Boston after Formation to ride Highland Bike Park. When winter comes, she’ll relocate back to Virgin in the winter to in hopes of making it into Formation 2023.

Hailey Elise / NSMB: What’s digging at Formation been like so far?
Brooke Trine: The experience so far has been really cool to learn about how to dig. Really cool to be really close to athletes to get their mental process about how they find a line and approach a feature.

What line or feature is getting you stoked?
Cami Nogueira’s step down. It was a common feature in [Rampage] 14/15. When you look at it out of context, it looks big but she’s gonna build it sick.

Overall thoughts on Formation:
It’s exciting to see that there’s more slope and jump lines. I don’t have to change my riding to be here, I can be who I want to be. 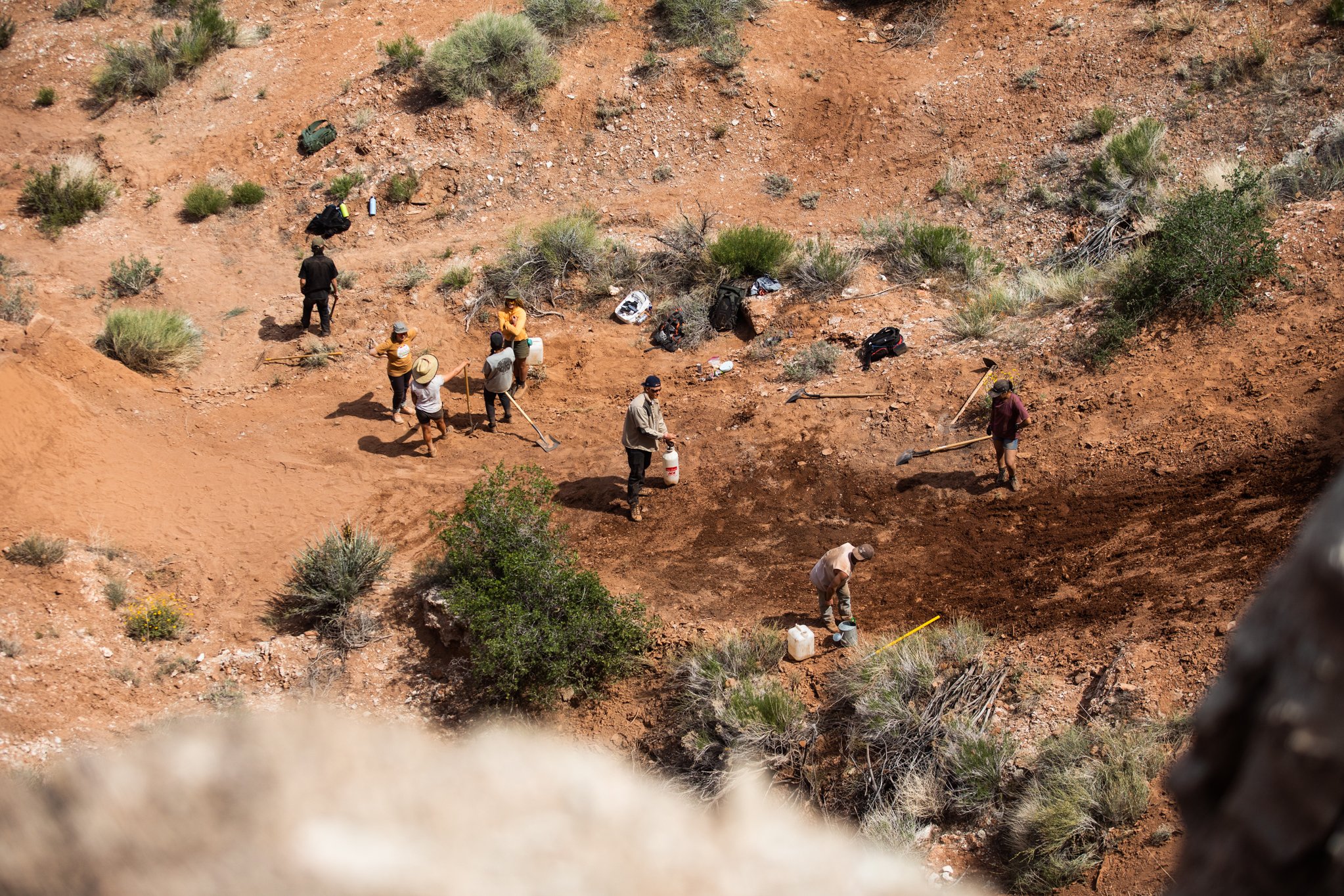 A lip here, a landing there - knowing when and where to make adjustments contributes to a more well-rounded rider. 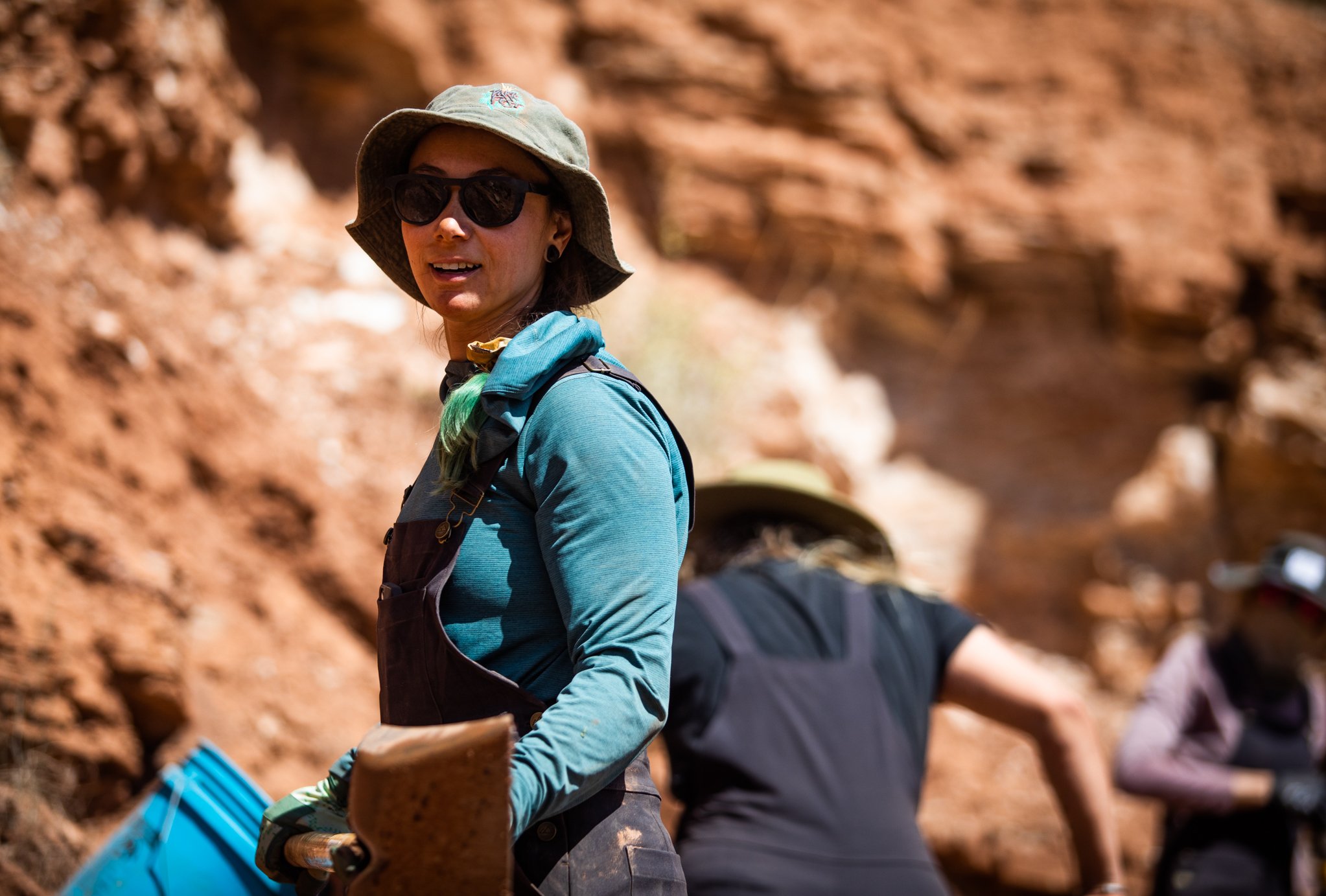 Years digging at Formation: Two. Calling Nuremberg, Germany home, CJ came out to Utah a week prior to the event to ride. A competing freeride athlete (hello Fest Series!) and also the Five Ten Adidas Team Manager, she is no stranger to the sport, working hard to redefine it - especially for women. CJ was part of the production of the film “Vision” staring Veronique Sandler and Tahnée Seagrave and recently, played an integral role in the development of the first annual Five Ten Women’s Camp in Sweden.

What’s digging at Formation been like so far?
Compared to last year, this year’s digging has been mellow. Love the problem solving part of it, a lot of engineering.

What line or feature is getting you stoked?
Stoked about everything, love how the girls this year have played to their own strengths. Cami’s line looks fun. There’s a lot more ownership of their own riding versus what they think Freeride should be. 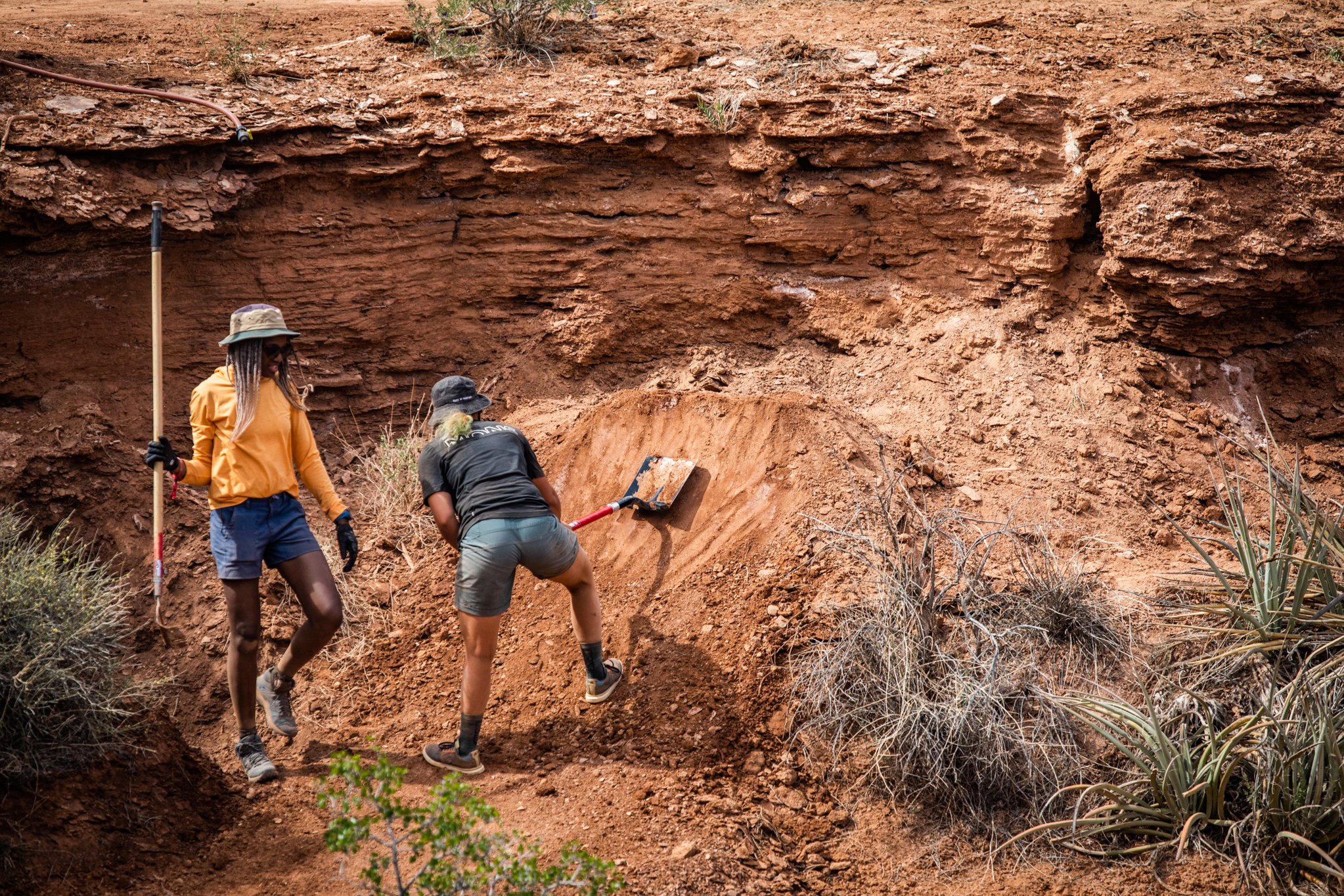 According to the diggers, spending time building a feature helps you understand what it takes to get over it on a deeper level. 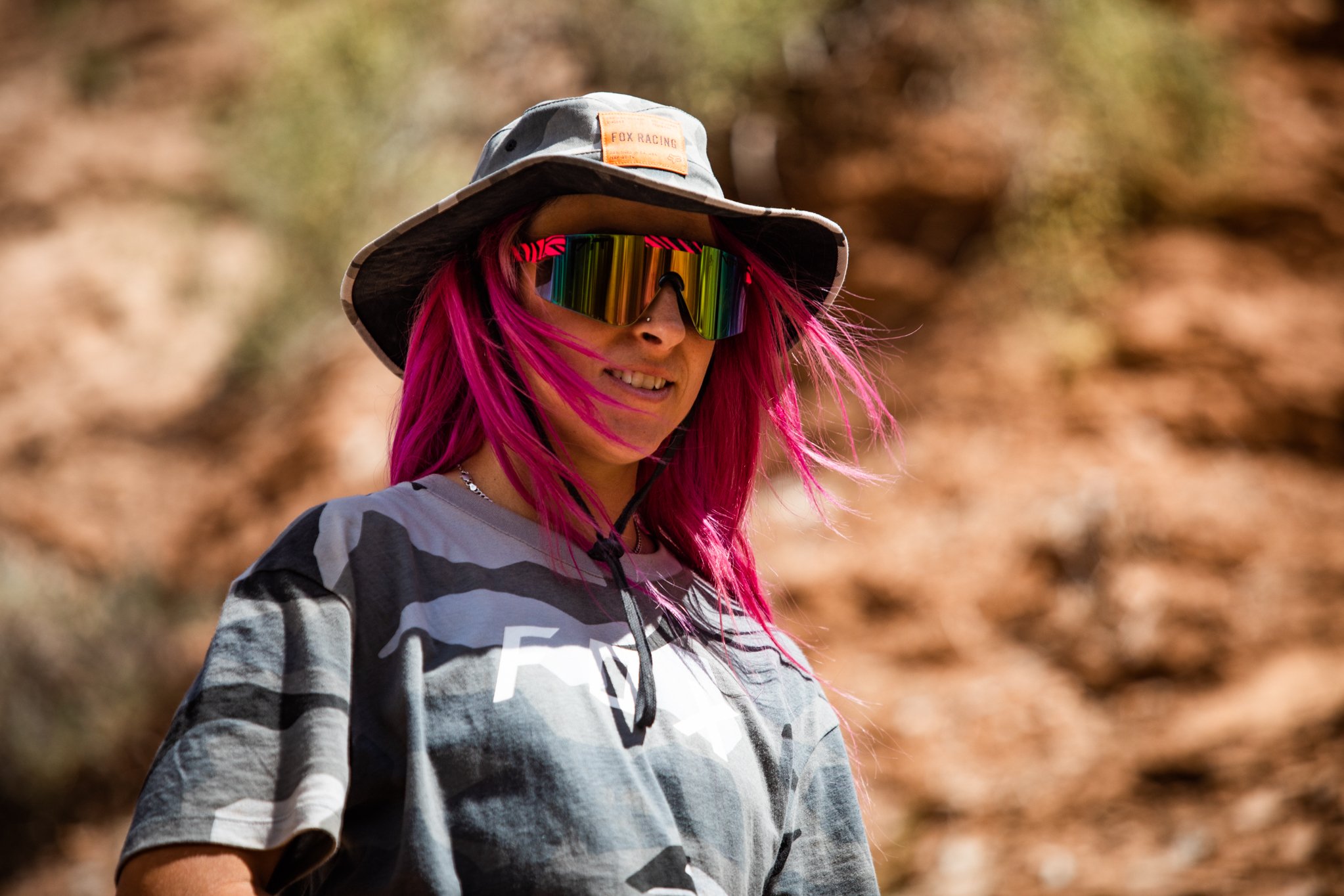 Years digging at Formation: One. First time in Utah, too. Hailing from Barcelona, Gemma has previous digging experience, laying a shovel down at La Fenasosa on Nico Vinks lines. Since it’s her first time in the desert, she was unsure if the terrain at first but as an experienced slopestyle athlete throwing down backflips and tuck no handers, she quickly found herself at home. Gemma hopes to be here next year but as a rider.

What’s digging at Formation been like so far?
It’s like dreaming. I love the type of dirt.

What line or feature is getting you stoked?
Cami’s line and the left side [of the venue] that has more options. 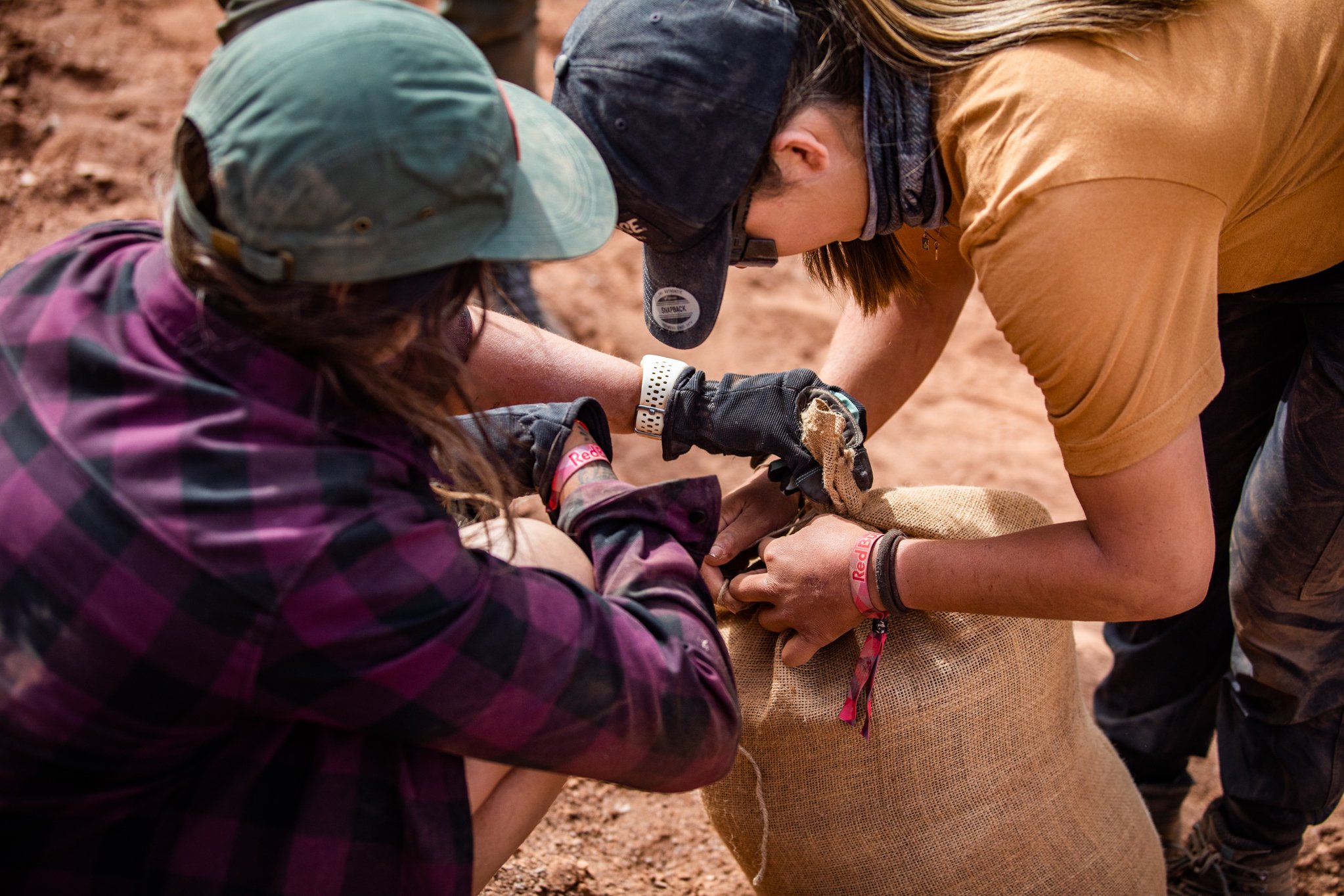 These are hard, long and dusty days but the knowledge being passed around about the art of building a line is well worth it. 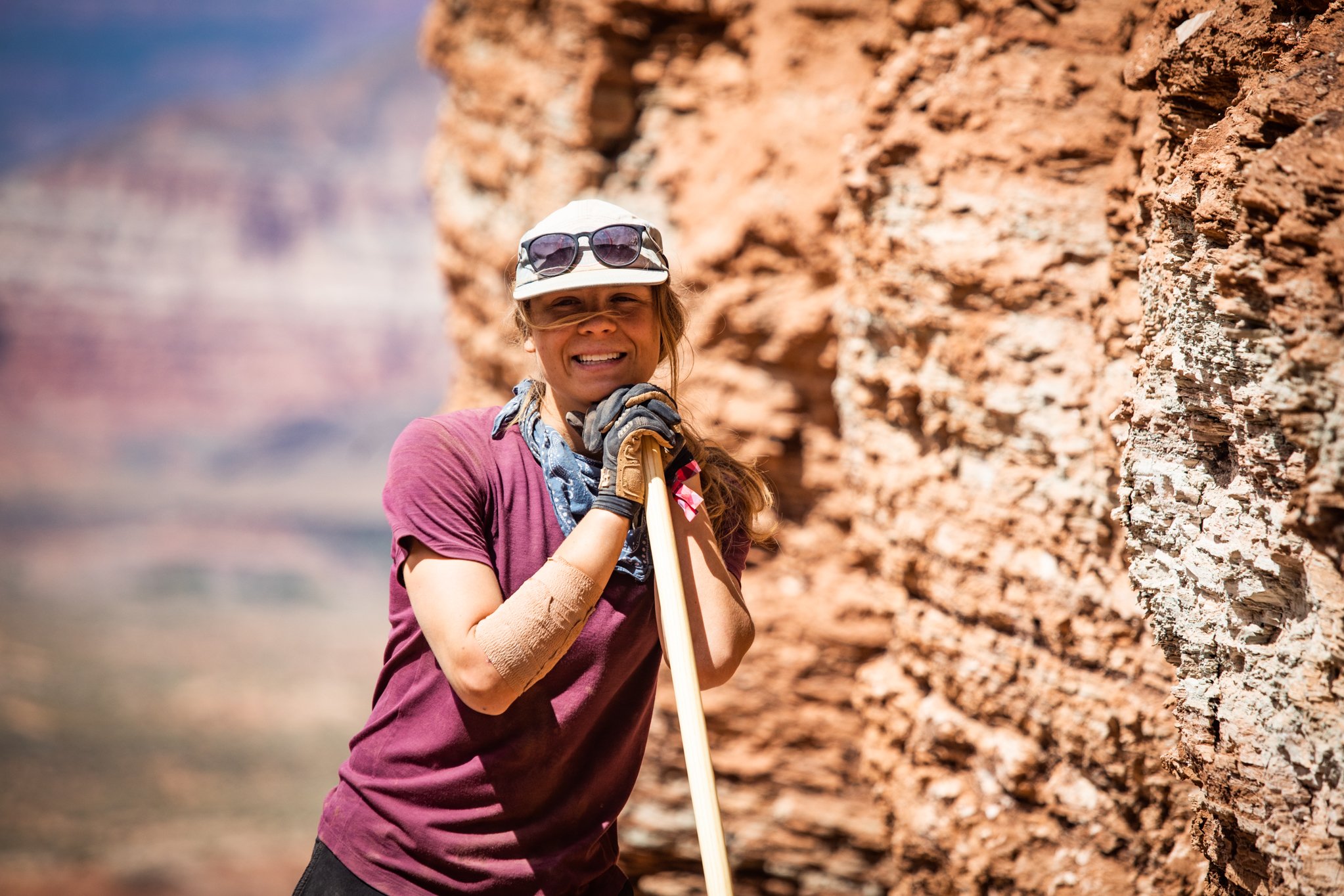 Years digging at Formation: One. First time in Utah. An up-and-coming freeride athlete, Kirsten calls Nelson, BC, home. She’s taking the summer off to travel around with her bike and hone her freeride skills, hoping that in the near future, she can be riding in the event.

What’s digging at Formation been like so far?
At first, it was very overwhelming. I had a lot of questions. Exposure therapy they’re calling it. Now I’m comfortable jumping around on the dirt.

What line or feature is getting you stoked?
I really like Vero’s line, maybe I’m biased but there’s so much variety.

It's interesting to hear the diggers speak and understand they come from all over the world just to be part of the event.

It gives you an idea of how important this event is for the female freeride community.

very cool. rad to see the progression of the women's freeride scene lately.