Travelling by water is nothing new, people have been doing this for centuries. Fishing and exploring also happens to be a concept old as time itself. Combining these we had zero intention of going back to the roots of civilization, we just simply wanted to pose a challenge to ourselves.

With the scale and terrain of British Columbia, we felt no need to travel abroad, we wanted to explore what is close to where many of us call home. The plan was to set off to Desolation Sound and up Toba Inlet in search of riding terrain, and possible existing trails in the region. The challenge was to survive for one week bringing only fresh (for a few days) vegetables, herbs and basic ingredients to cook with, our main food supply would be gained from what could be harvested from the land and sea.

The area has a massive scale, it feels like an incalculable immensity set forth to define the finite nature of our own being. To be completely honest it became daunting when we realized how ambitious it was to explore the sheer number of square kilometers within the island chains and fjord walls.

For now we are releasing this article intended as a brief summary of the journey, and on September 16th we are releasing the full story of our journey. The concept of the trip panned out well enough to have a narrative to be told, but we also have full intentions to produce a continuation of this tale in the future

The area may not be true wilderness, and the logging and energy industry has created a fair amount of infrastructure up there, but to the three of us the area was unknown and is wild backcountry. We did heed warnings of grizzlies from locals and old-salts alike. Caution was exercised while we set foot on the mainland. Now that we have familiarized ourselves with the area and the lay of the land we can be much more prepared for the second round and set stricter expectations about what can be created. 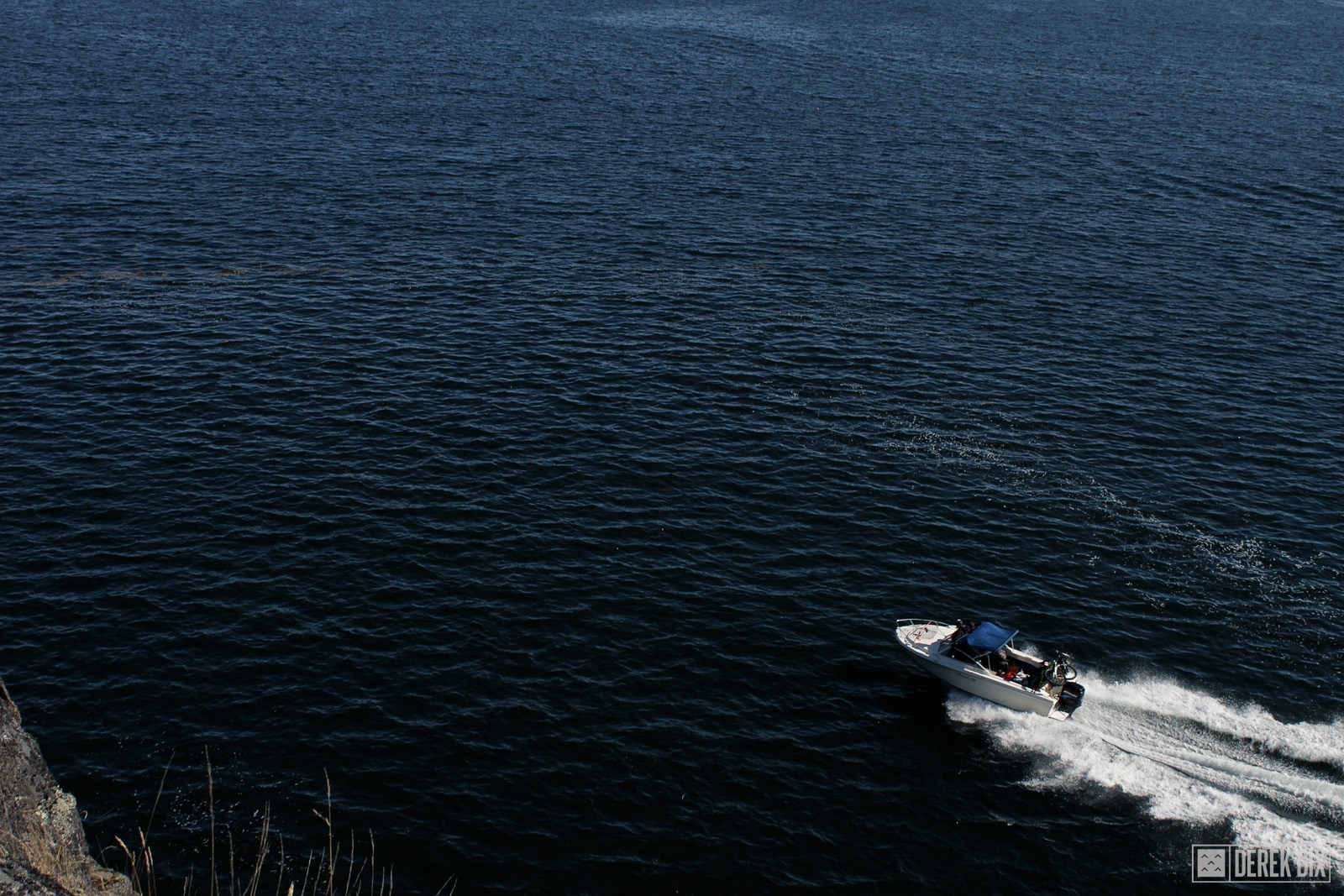 Departing from Home Base 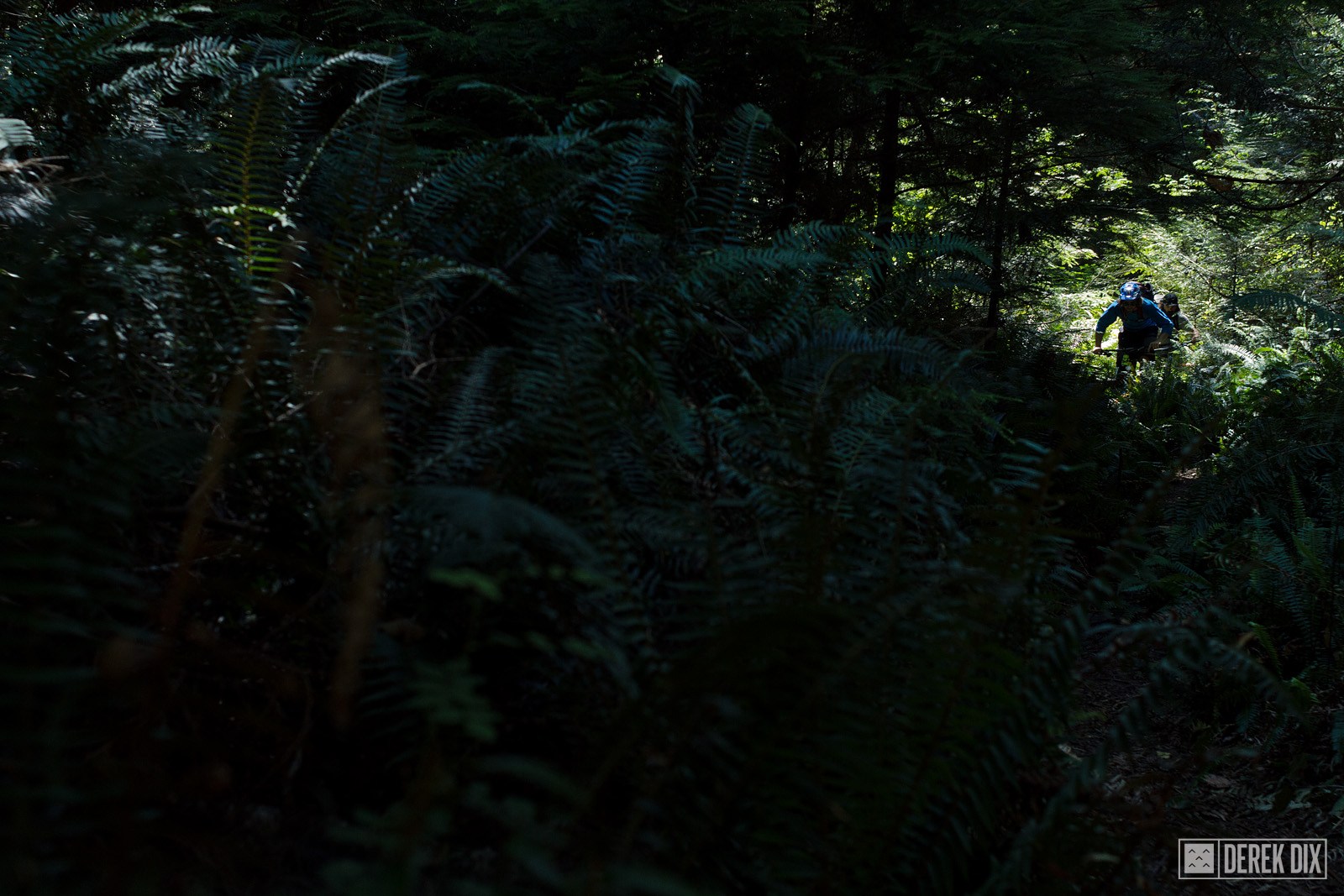 Majority of the exploration had us traversing through abandoned skid road over grown with fern, alder and densely packed young generation conifers.

Sails up for good reason. Through the narrow inlets and channels winds managed to get fairly gusty. 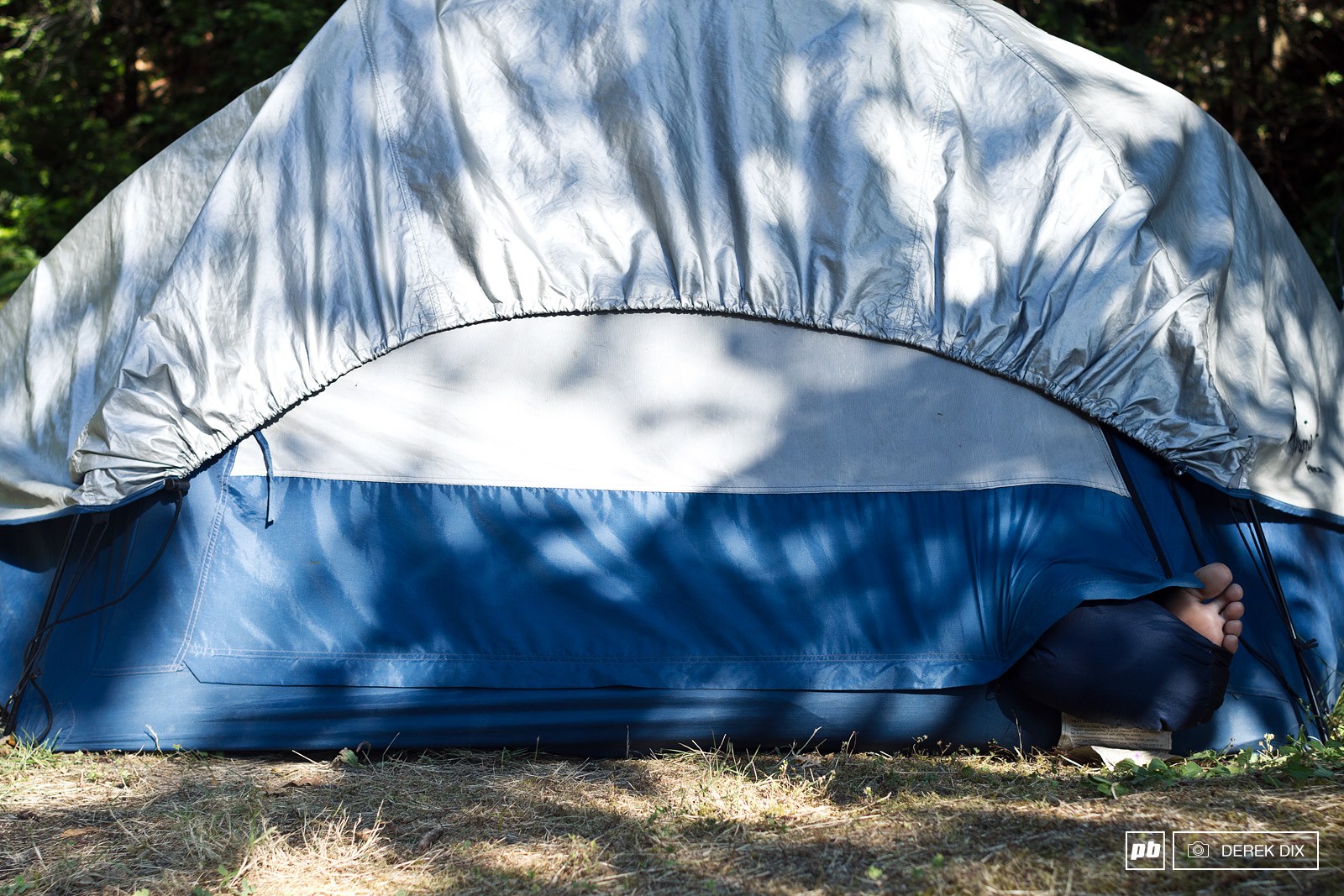 Down time usually occurred only in the morning between 6-9am while breakfastst was on the go. Landry decided he was pretttty tuckered on day 4. 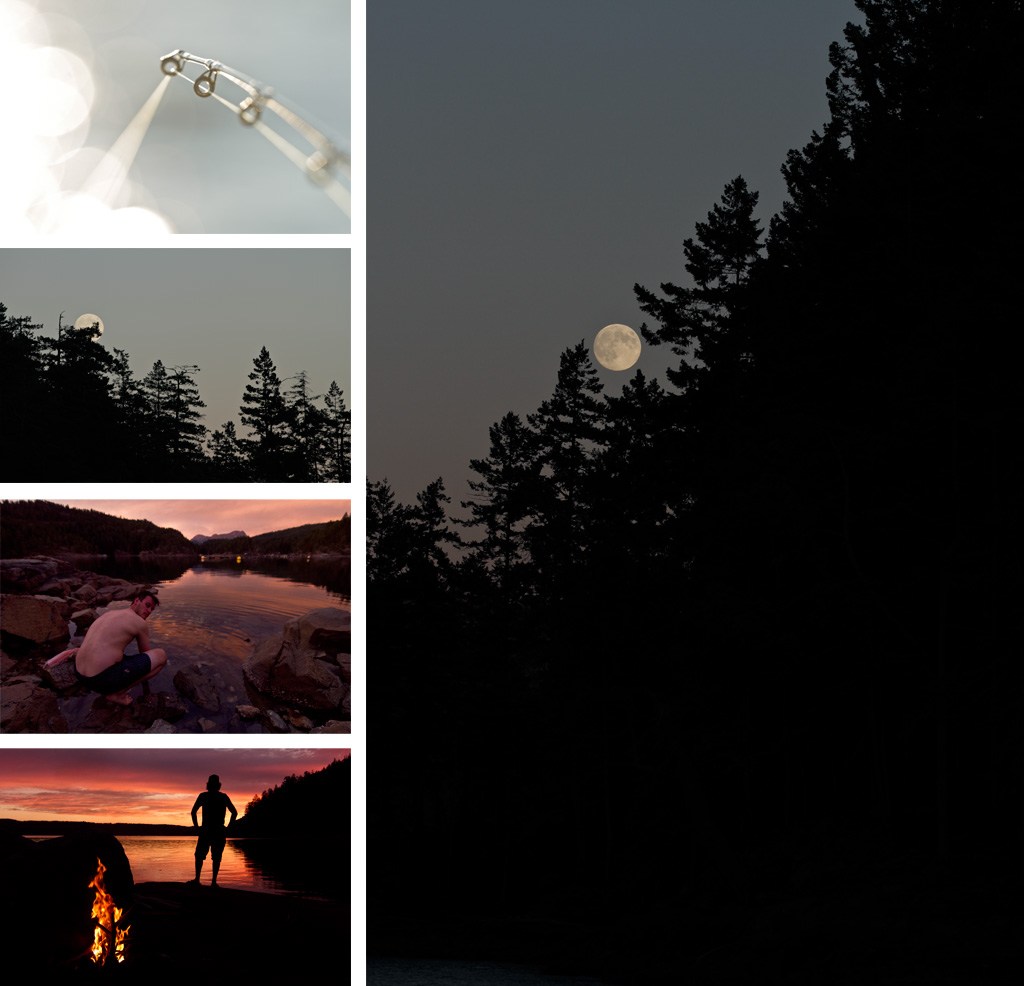 Seals and horseflies were plentiful, but one makes fairly poor company. 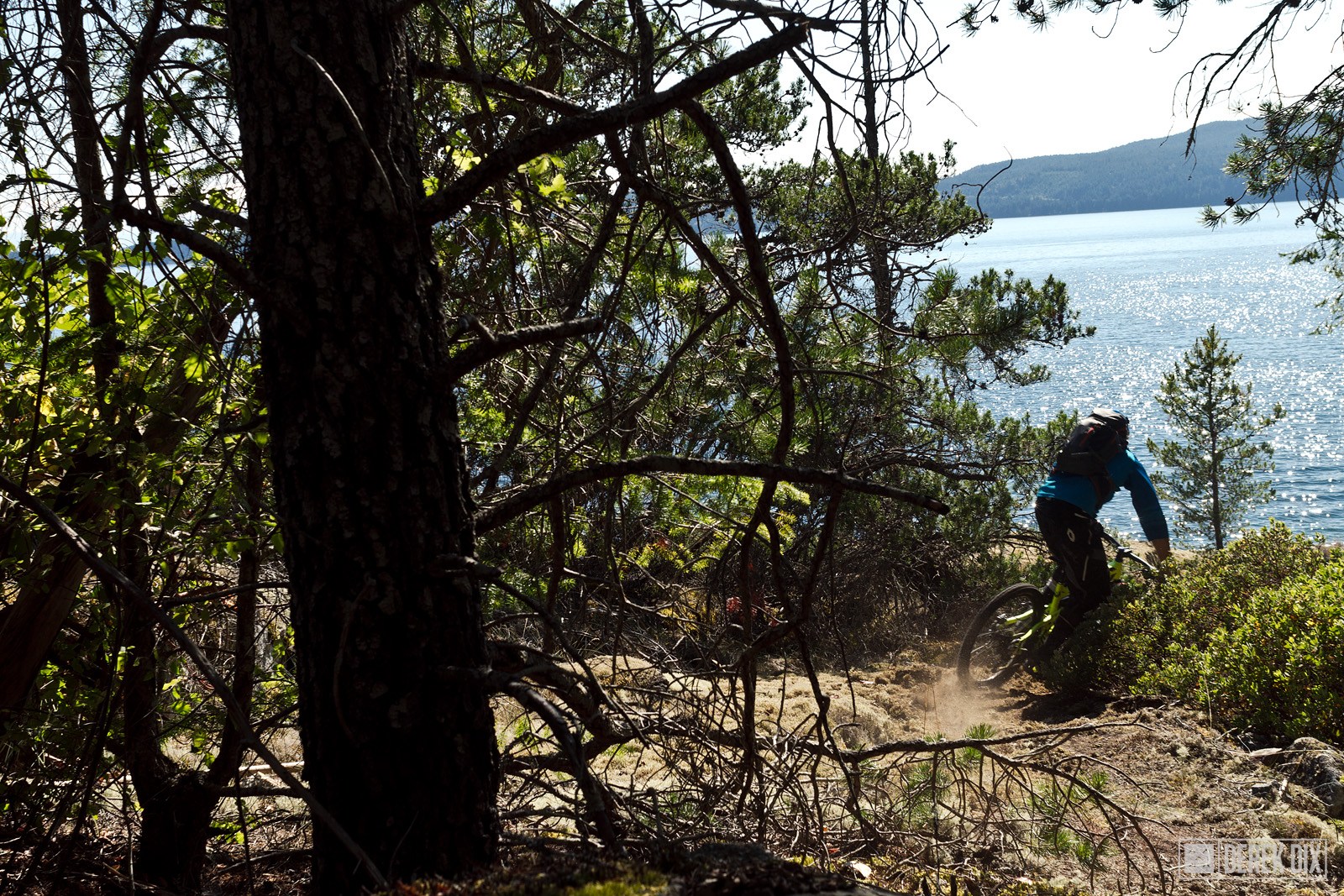 Wrapping up a dusty descent down to the ocean. 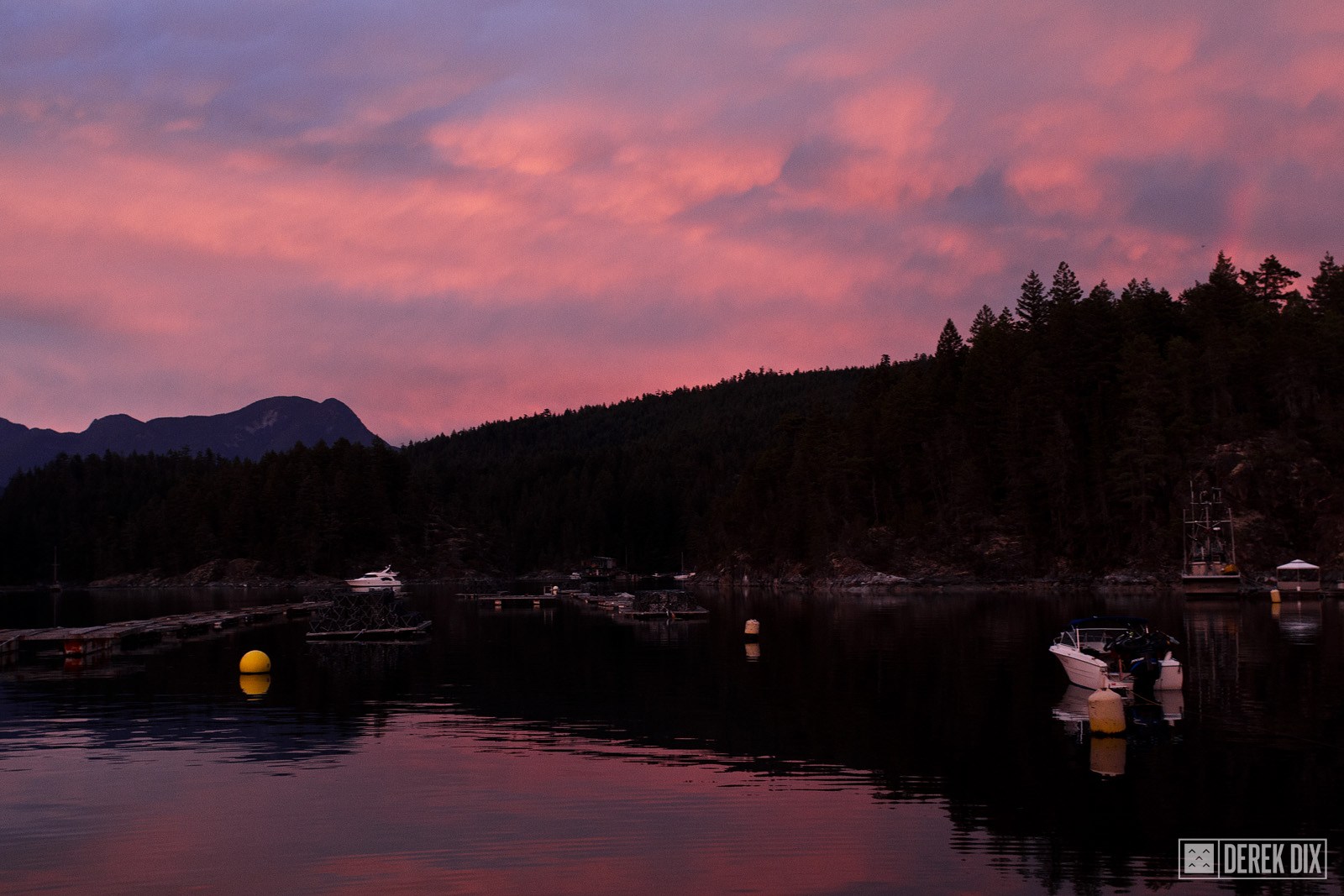 Sunset on the firstst night brought through a good amount of rainfall to keep the fireside cooking an option for the firstst portion of the trip.

Refuge Cove provided a book exchange to entertain on fire side nights. 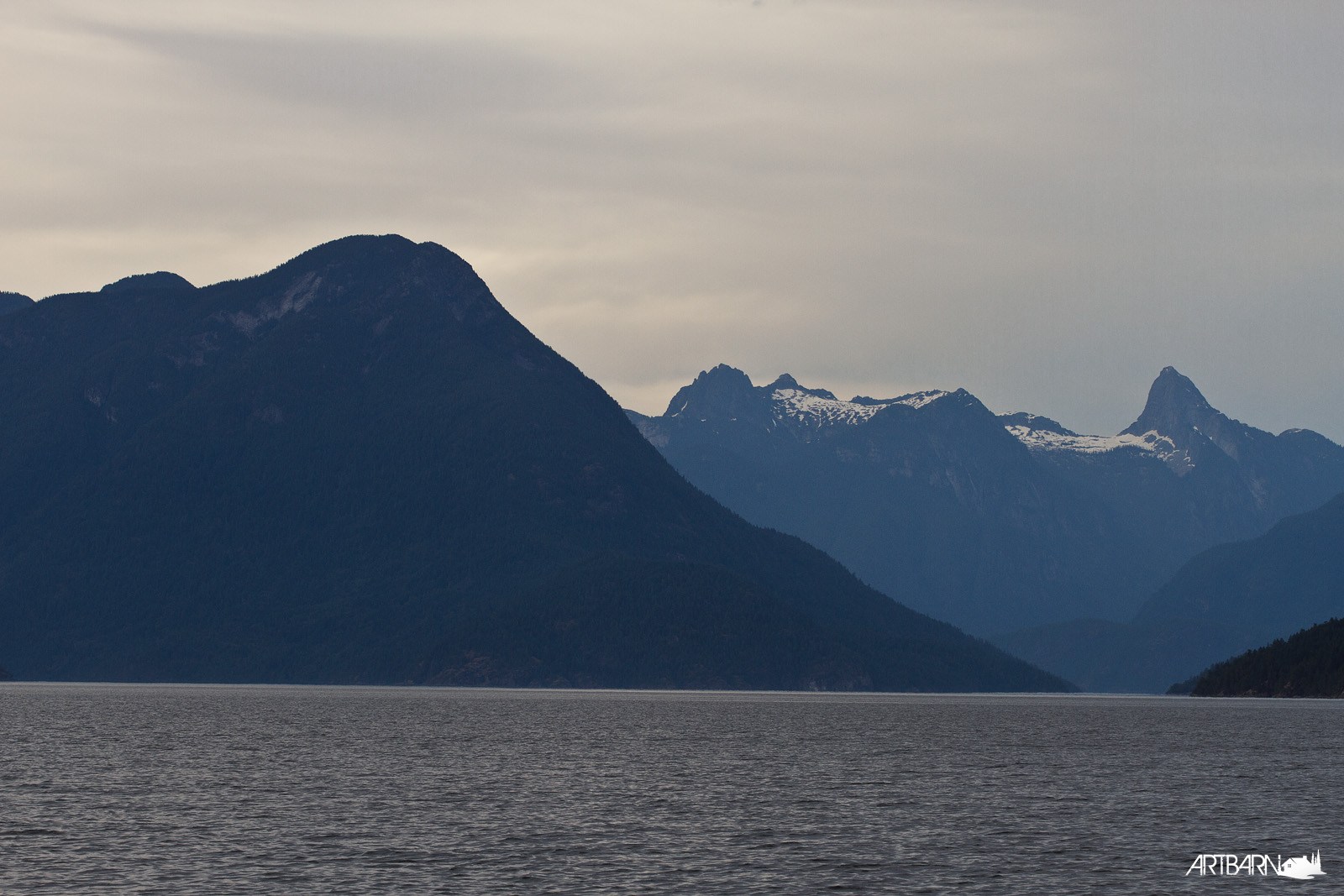 After passing through Desolation Sound the land shoots from the sea straight up to 5000+ feet.

Refuge Cove is the last stop on the map for a fair bit to stock up on insanely priced goods, camp vibe gear and accessories from Poler, Native and Pendleton. You can also spot some copyright disputes about to happen.

Classical navigation collaborating with 2013’s GPS smartphone offering. Successfully managed to not run aground with these methods.

Harvesting some of the most delicious and fresh waters out of Alpine Creek; this is generally done with a steady cam.

200 foot high waterfall into the inlet, and the remains of an abandoned cabin came furnished with a washer and dryer. The sheer force of the natural up Toba Inlet is daunting, which is why the majority of settlements do not last long and more or less exist as “camps” which are left once resources are extracted. 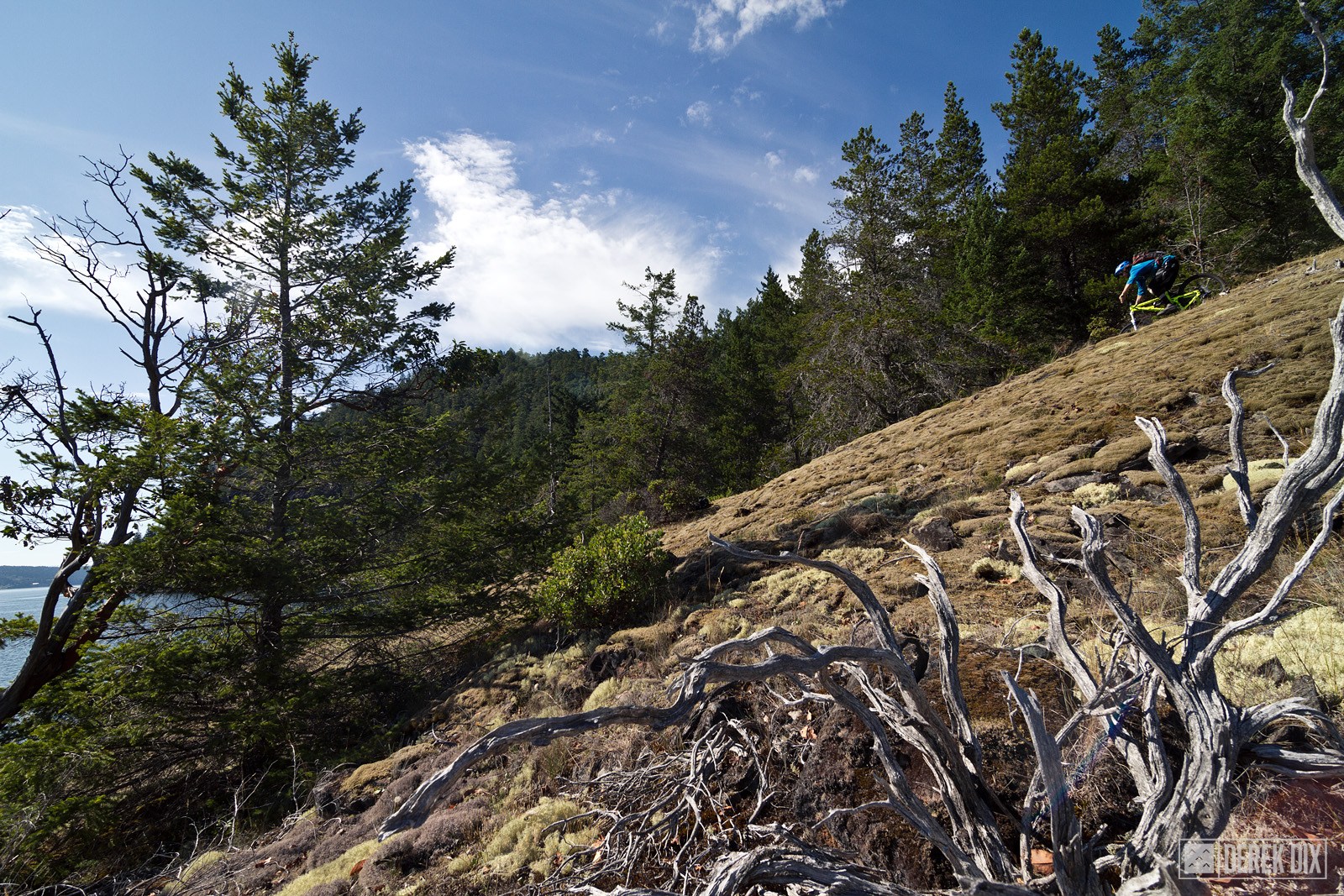 Sea side bluffs were a great jump off point for exploration and usually had some sort of existing path given the access down to the waters edge. 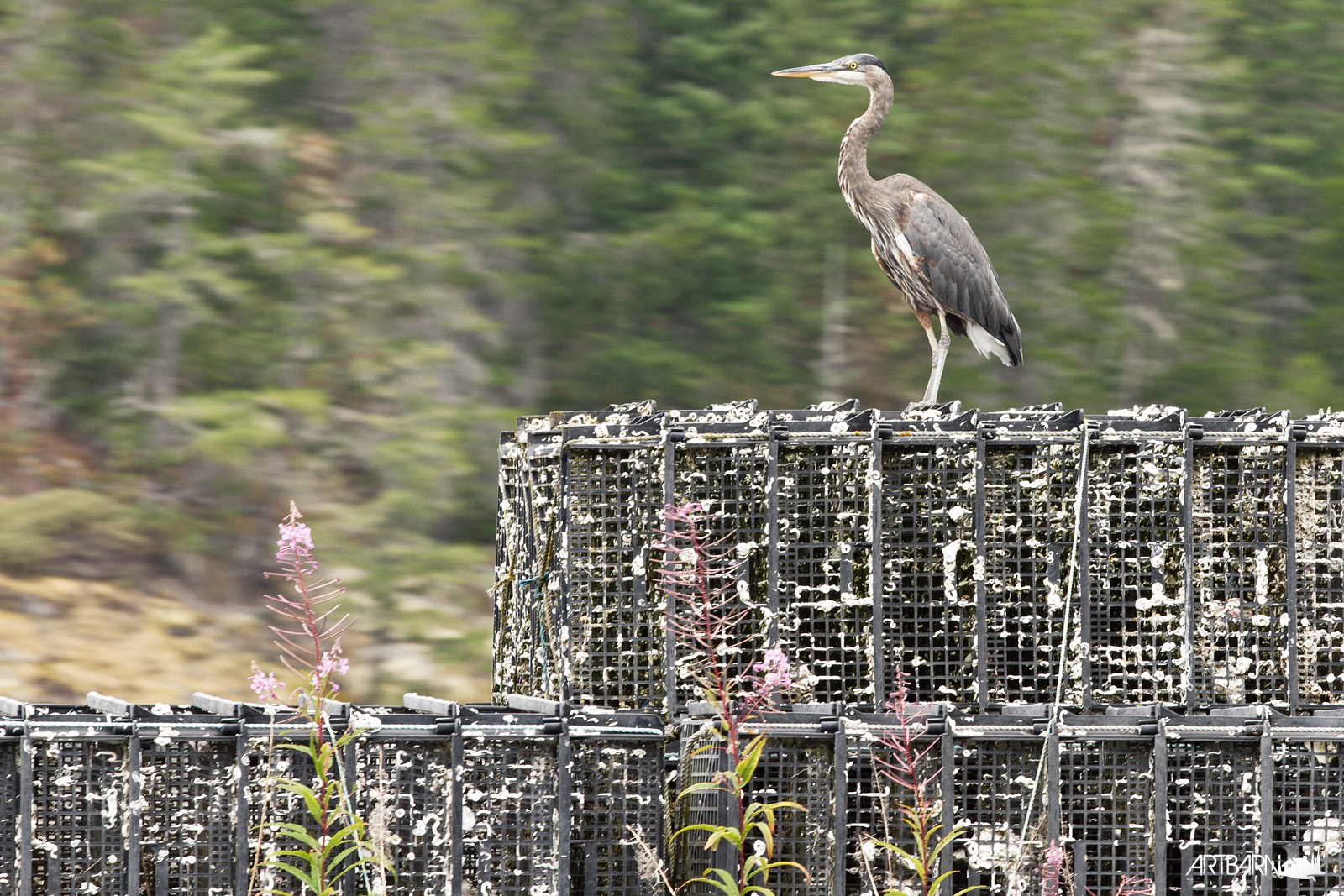 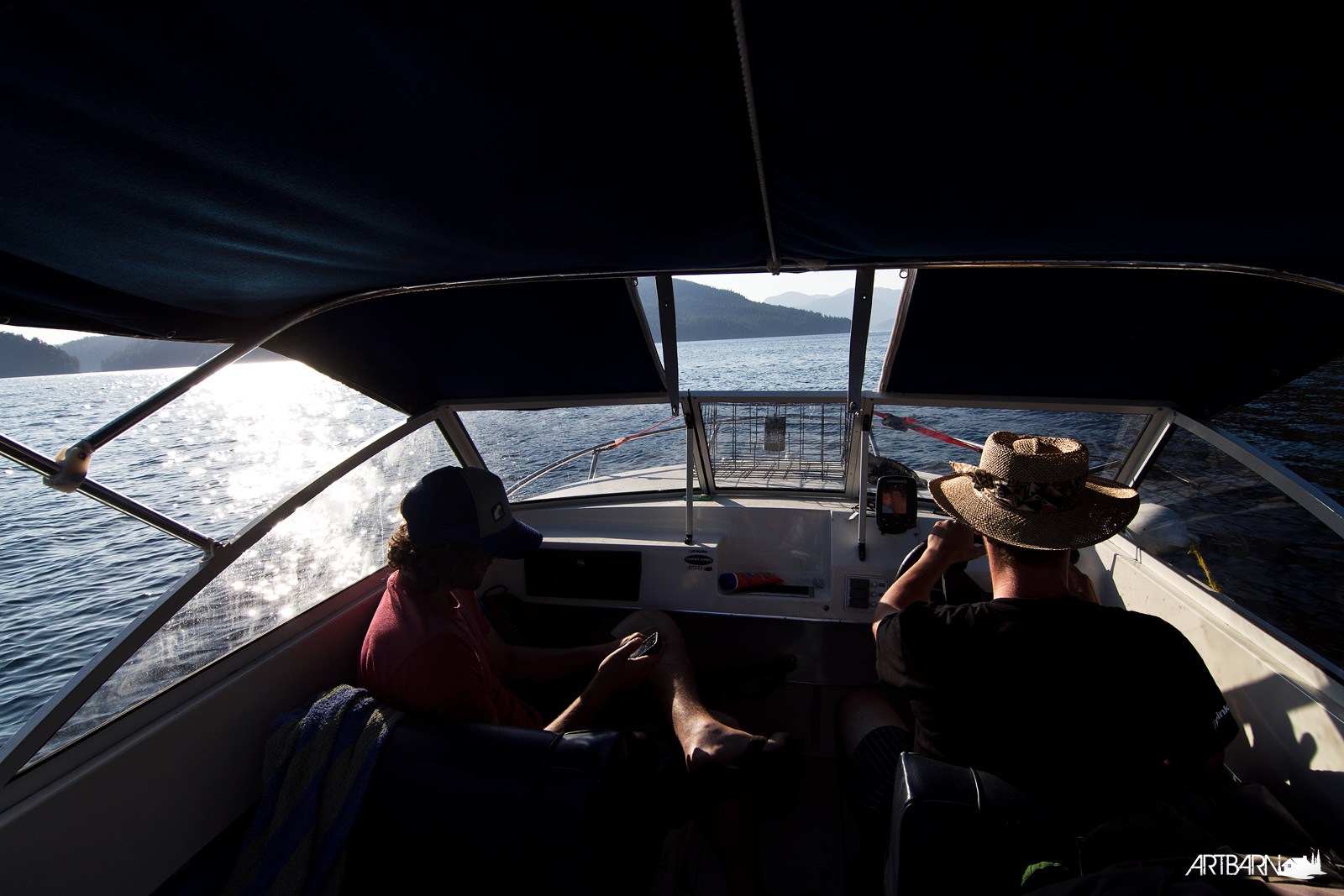 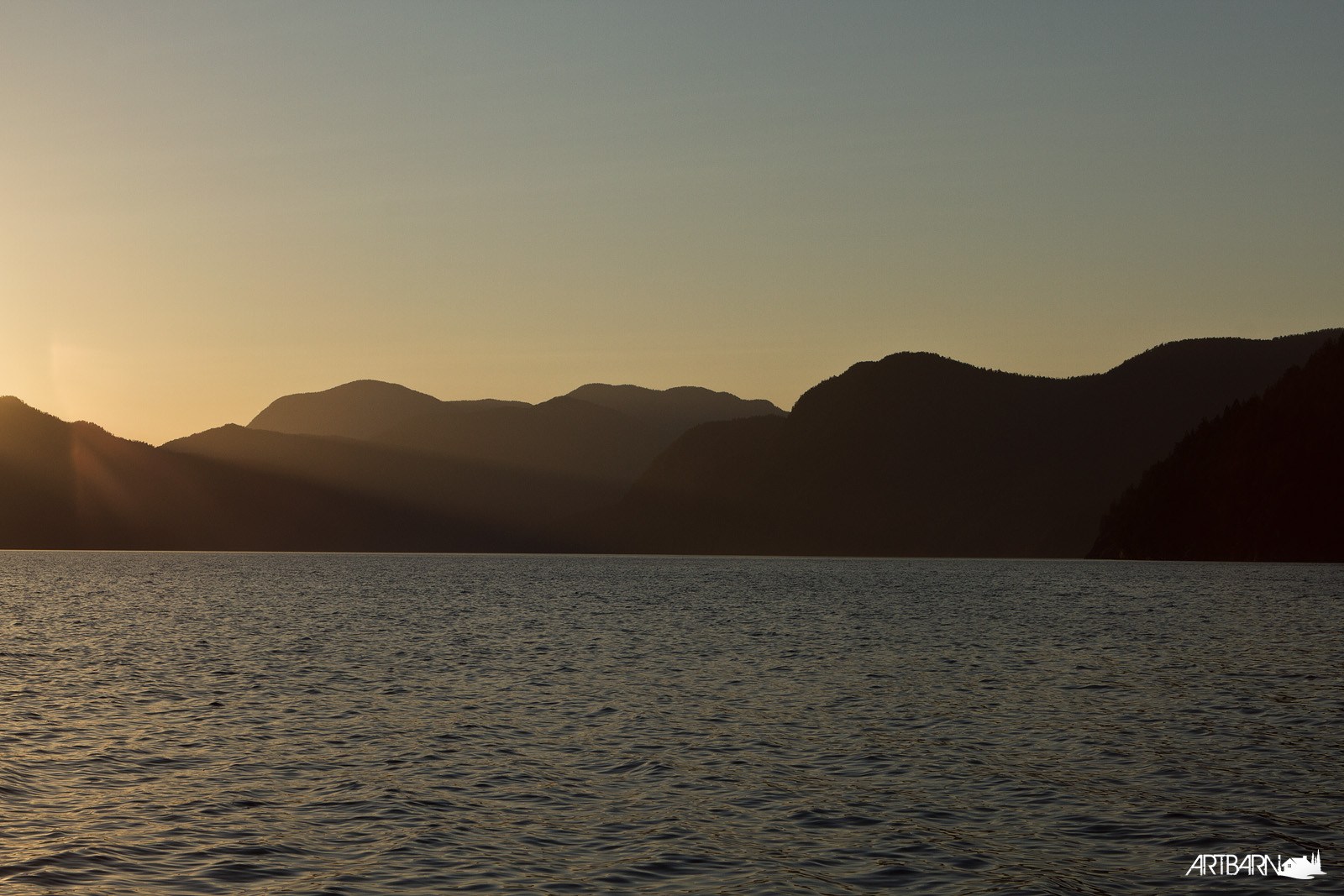 Fishing for dinner kept us on the water until the sun was long gone, we managed to bear witness to some pretty all time light conditions.

Bone dry lichens made for exceptionally soft camping pads, and no chance of open fire cooking.

Landry working out his sea-legs.

Tinder dry sea-side lines being scouted and then smashed. 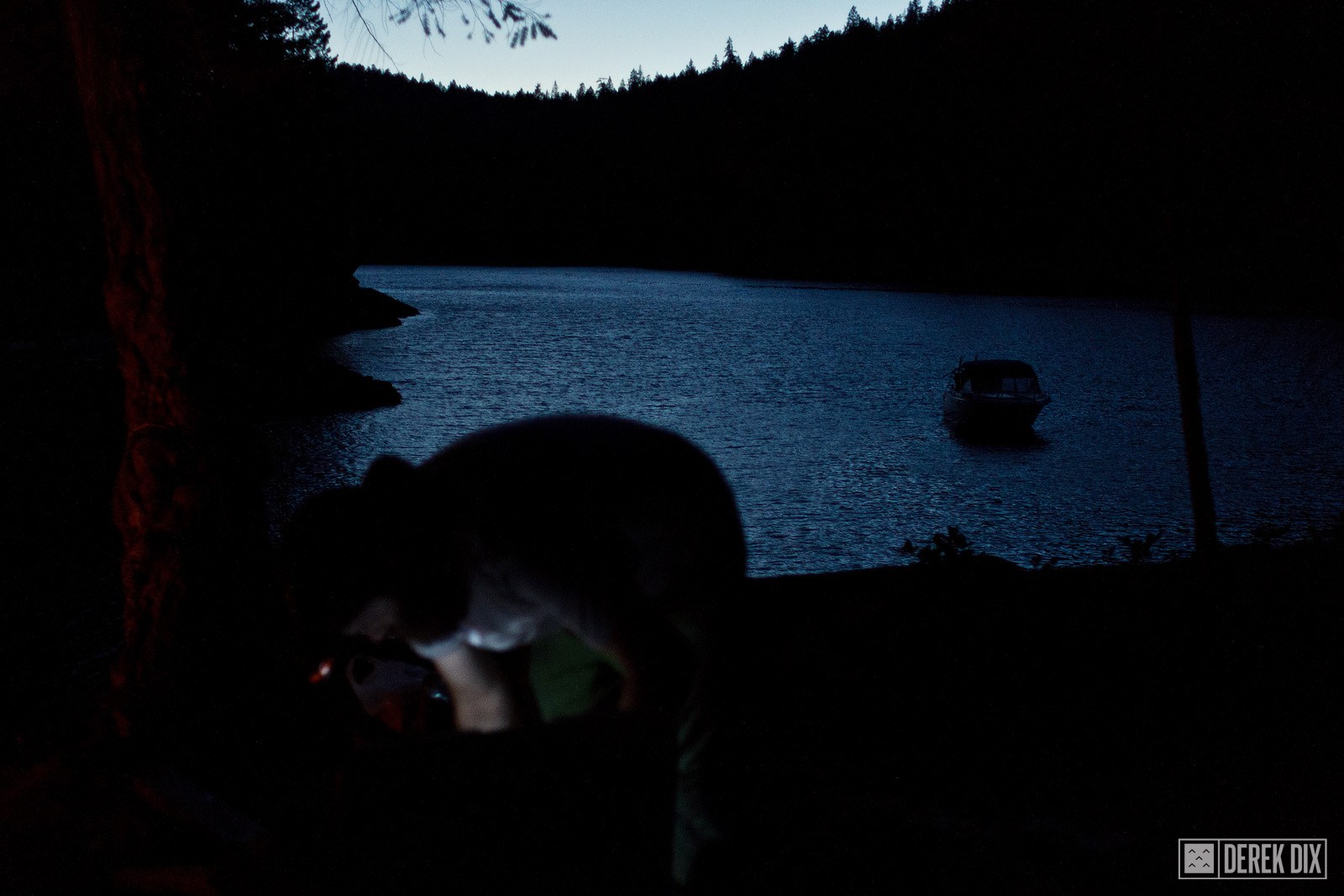 Final night of the trip brought through some aggressive southerly winds, we managed to shelter from in a small channel after a cold swim in from the boat.

Keep posted, we will have the full story released on September 16.

Hopefully this has whet the appetite for exploration, and everybody who’s read this stays posted for the full release.

Without the support of the following companies, it is without a doubt in our minds that the boat would have never left the marina. We owe them thanks and gratitude for allowing this story to be told.

The recount of this adventure will come together and be housed at the Deep Six website.

In the mean while we will be plugging through our additional social media channel – Instagram , Facebook and Tumblr .

Looks like all the elements needed for an epic getaway…